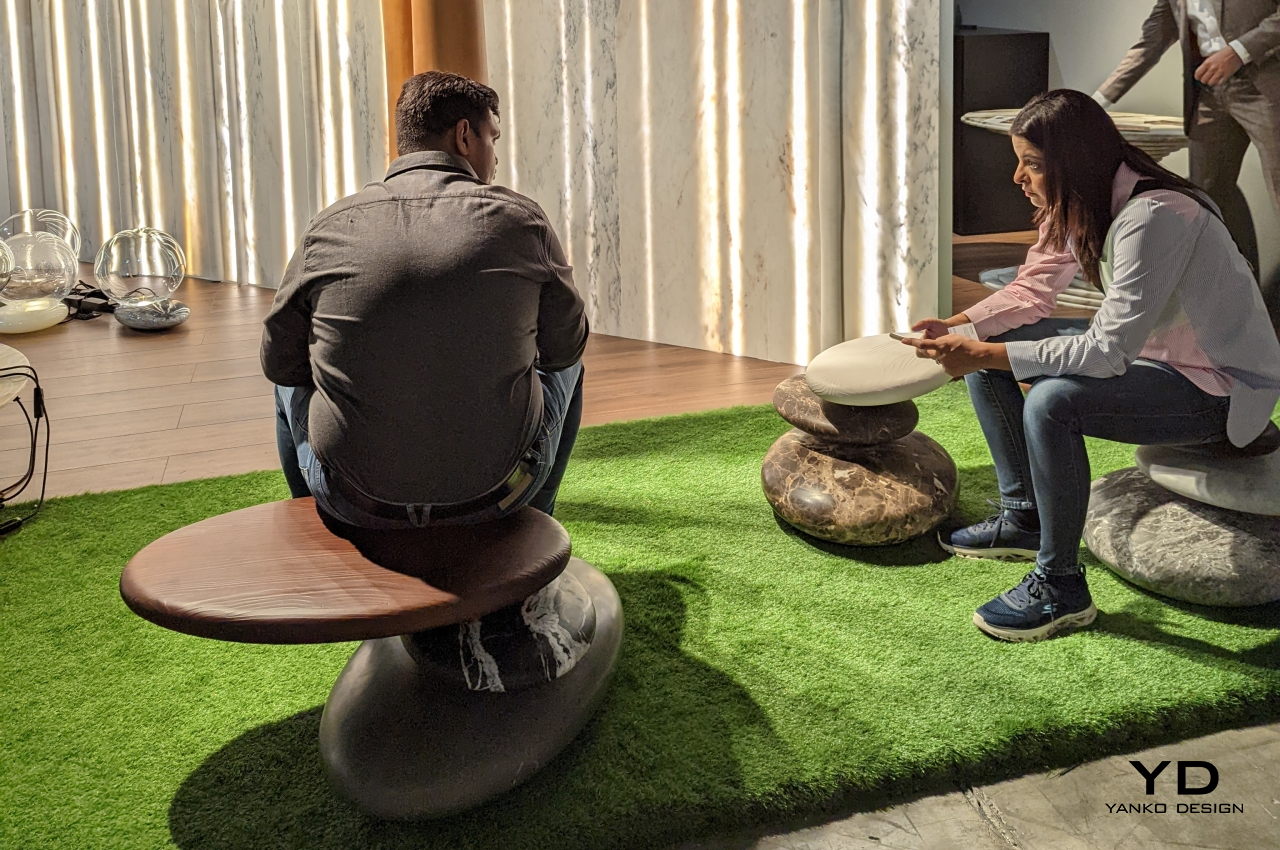 Zen gardens, whether actual gardens or miniature recreations, have become symbols of calm, relaxing spaces in today’s hectic world. It isn’t just the fine sand that conveys that imagery, and, in fact, the sand is more therapeutic and effective if you actively draw on them rather than just looking at their undulating patterns. A zen garden is almost like a microcosm symbolizing a miniature universe, at least the ideal one from monks’ minds. Every piece and part of that garden symbolizes nature’s true beauty, including the unhewn rocks and large smooth pebbles stacked on top of each other. It’s the latter’s beauty that Kreoo is bringing to homes, rooms, gardens, and poolsides to offer a piece of furniture that is both beautiful, calming, and thought-provoking, all at the same time. 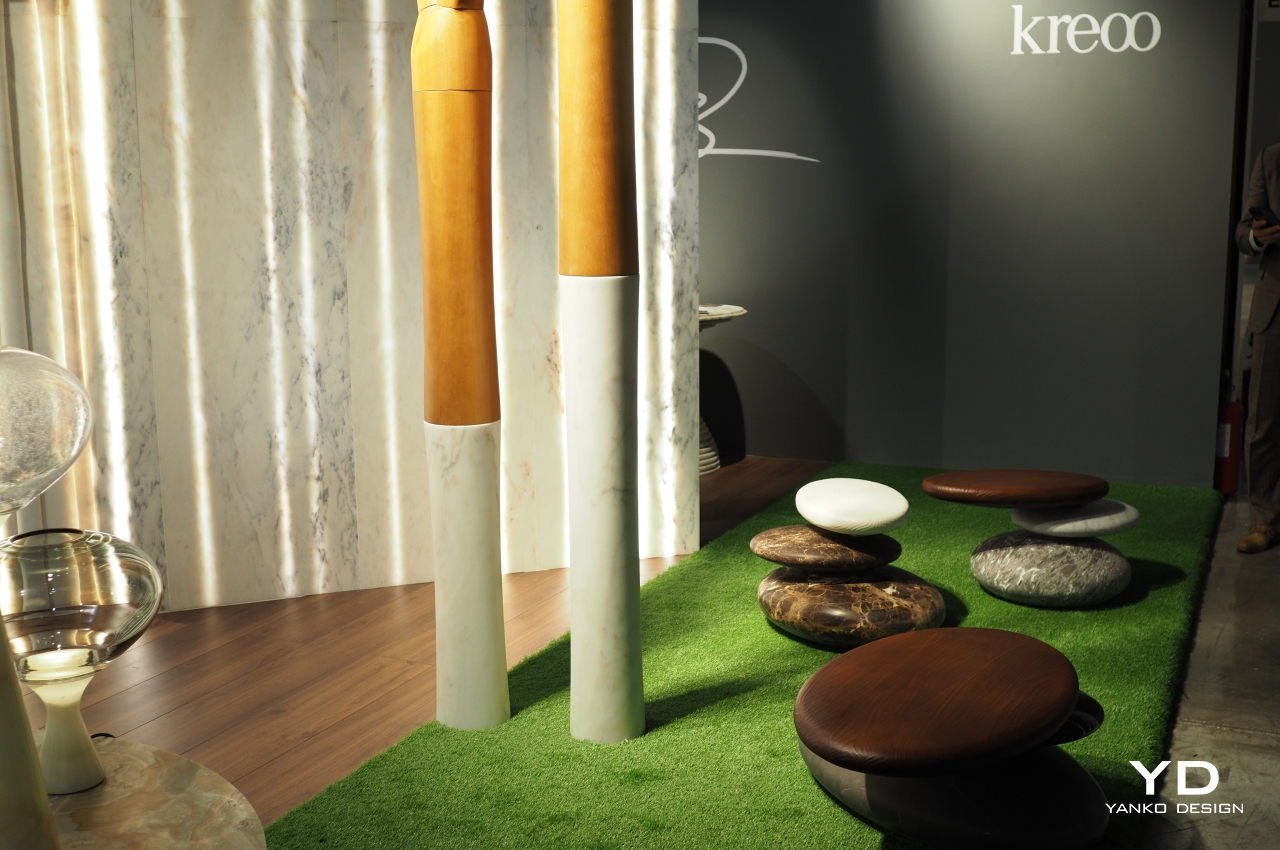 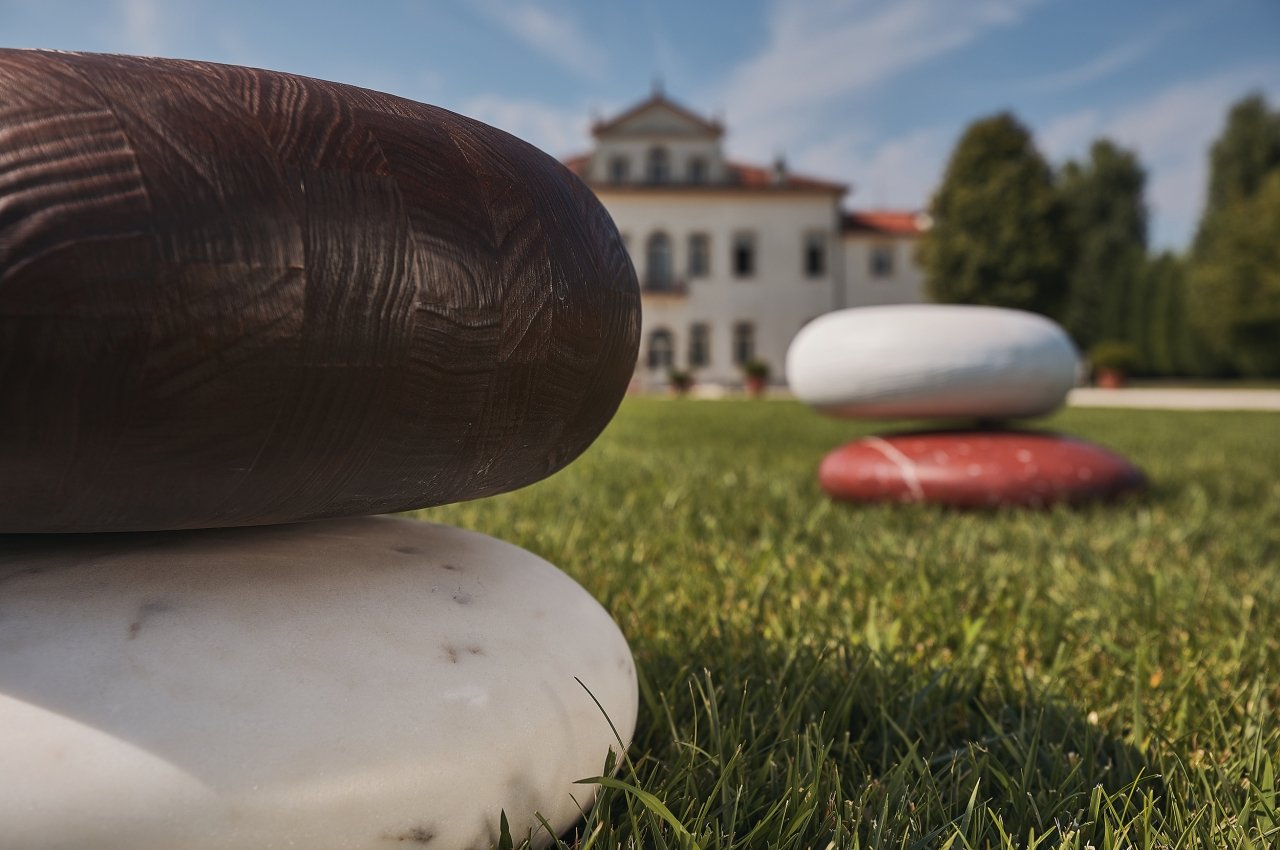 There is something beautiful and also symbolic about smooth pebbles of different sizes stacked on each other. The pebbles themselves have been sculpted and polished by flowing river waters and blowing wind over the course of months and years, showcasing Mother Nature’s artistic talent. At the same time, the cairn, as it is sometimes called, is a man-made structure that is used to represent, among other things, higher aspirations as well as balance, attempting to find and create some semblance of balance in life. 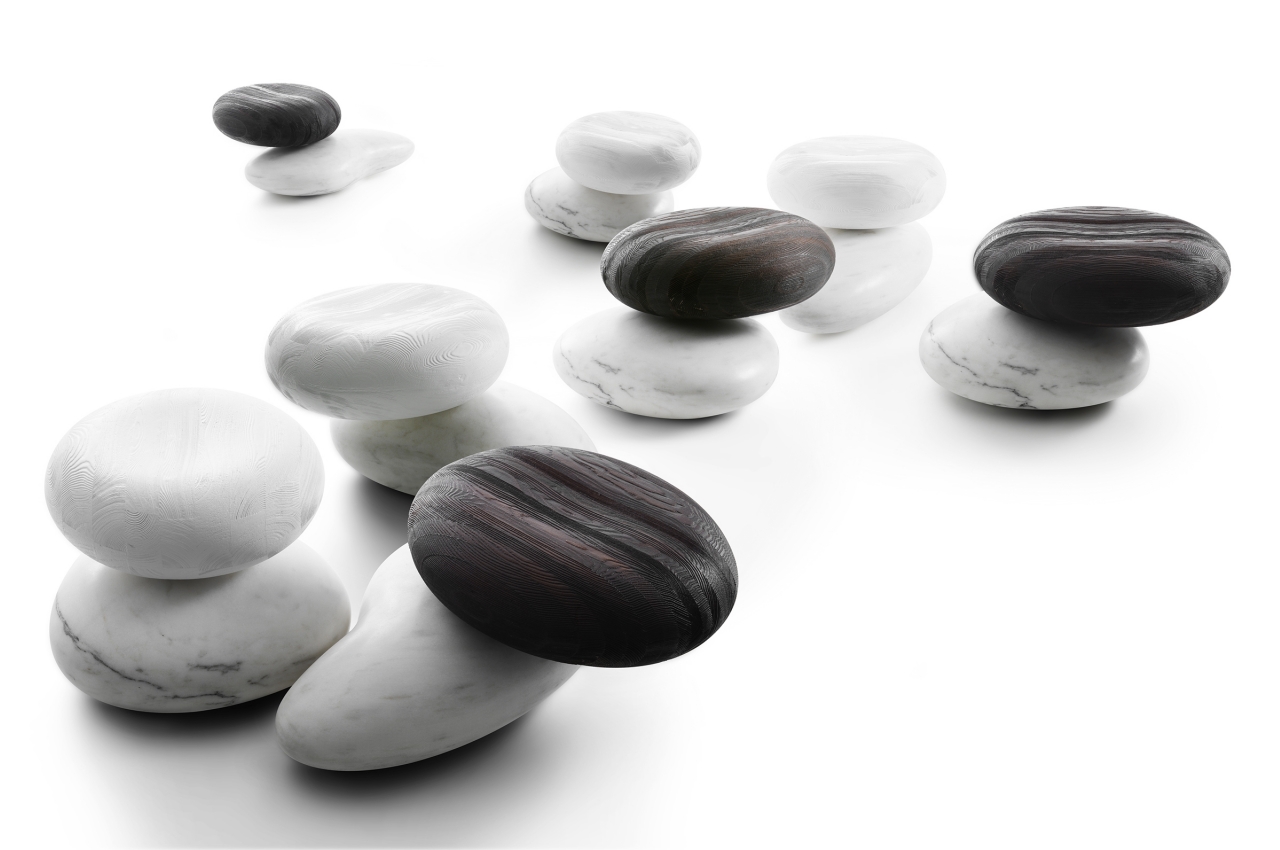 Of course, these stacked pebbles are mostly only just for viewing, but Kreoo takes the concept and turns it into something you can both see and use every day. Its Pavé collection turns the concept of meditative stacked pebbles into furniture, especially ones that you can sit on. Rather than waiting for years for nature to take its course to create large, smooth pebbles, Kreoo employs modern techniques and materials to emulate Mother Nature as close as possible. And it’s not all just hard stone either, which would have made for an uncomfortable sitting and shipping experience. 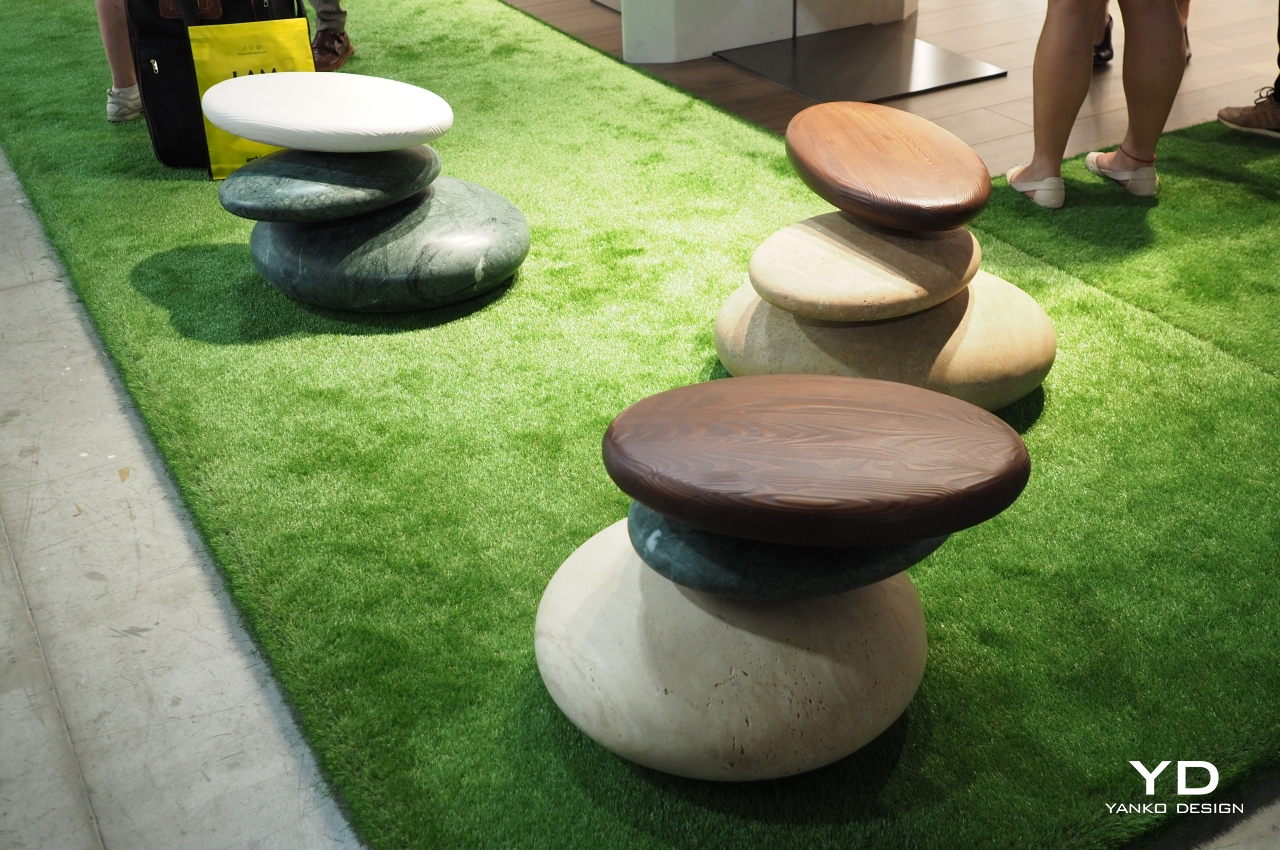 Instead, the Pavé Stone seats use an oval marble base to deliver the sturdy foundations of this unique piece of furniture. It places a wooden seat on top, one that has been formed in the shape of a smooth pebble similar to its base. The lighter wood seat allows for rather visually unbalanced designs, with a top that’s twice as large as its base, something that would have been impossible using real rocks or marble. The design almost stands in defiance of nature while, at the same time, is a tribute to it. 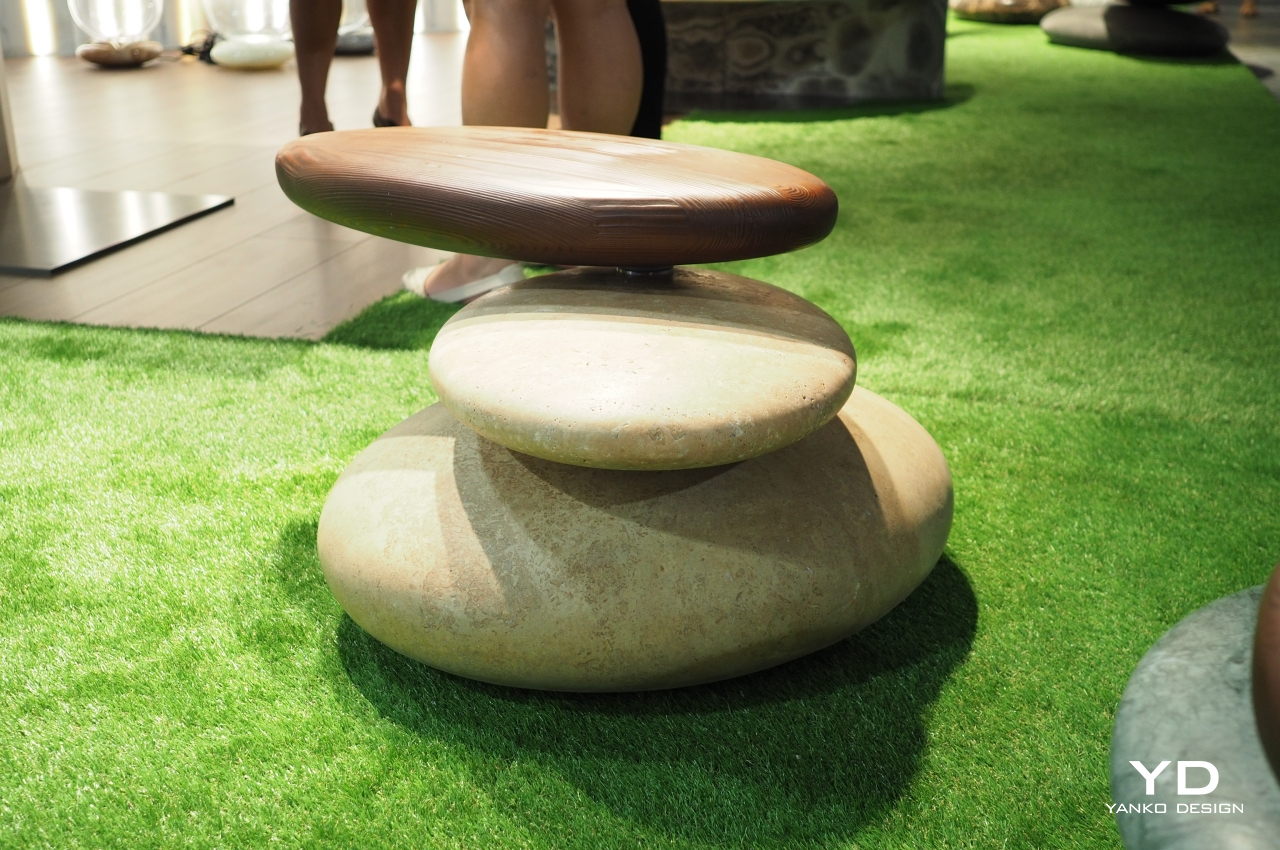 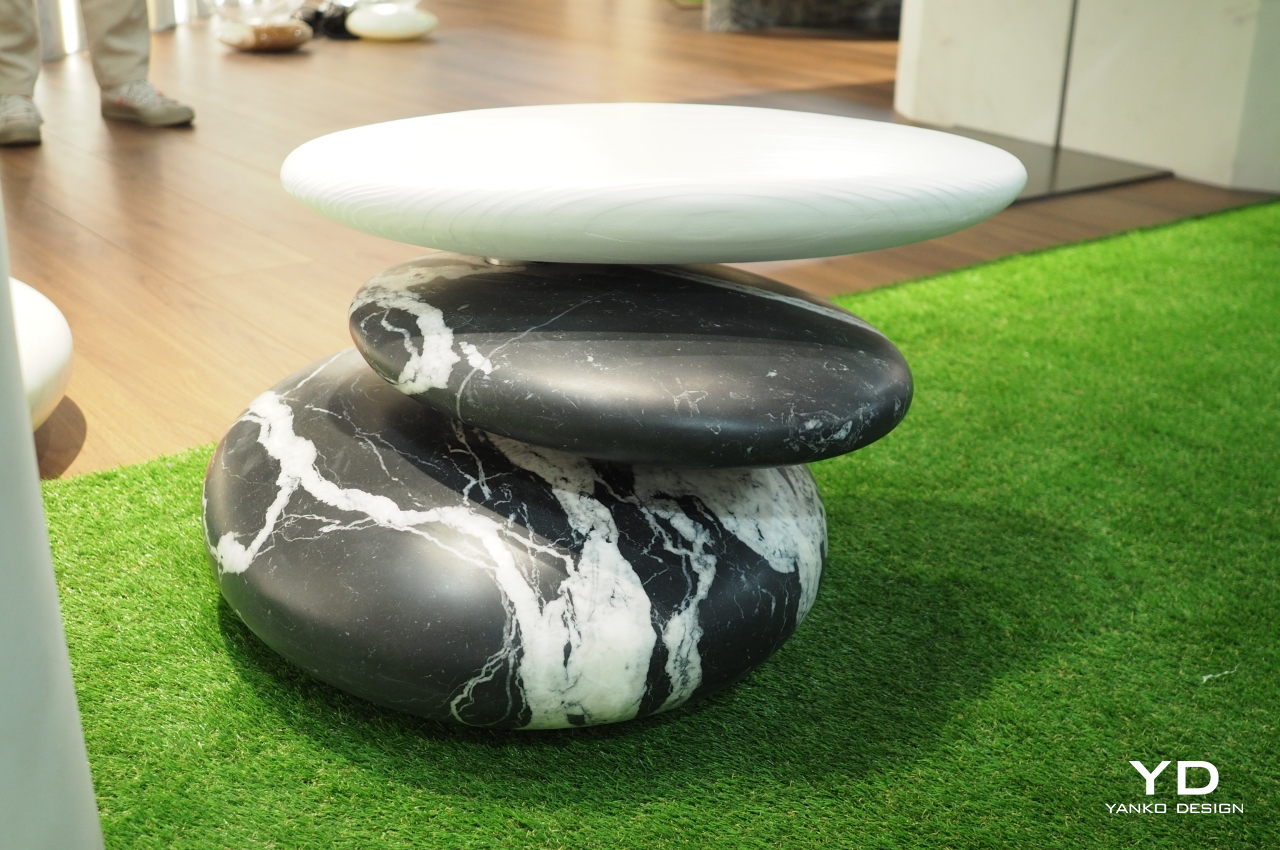 At Salone del Mobile 2022, Kreoo introduced a new combination for its Pavé Stones. Normally just made of two pieces, a marble base and a wood seat, the furniture maker added another layer to increase the seat’s height and accommodate more people of varying heights and needs. There now exists an option to have two marble bases beneath the wooden seat, and the appearance of each piece can still be chosen as desired. 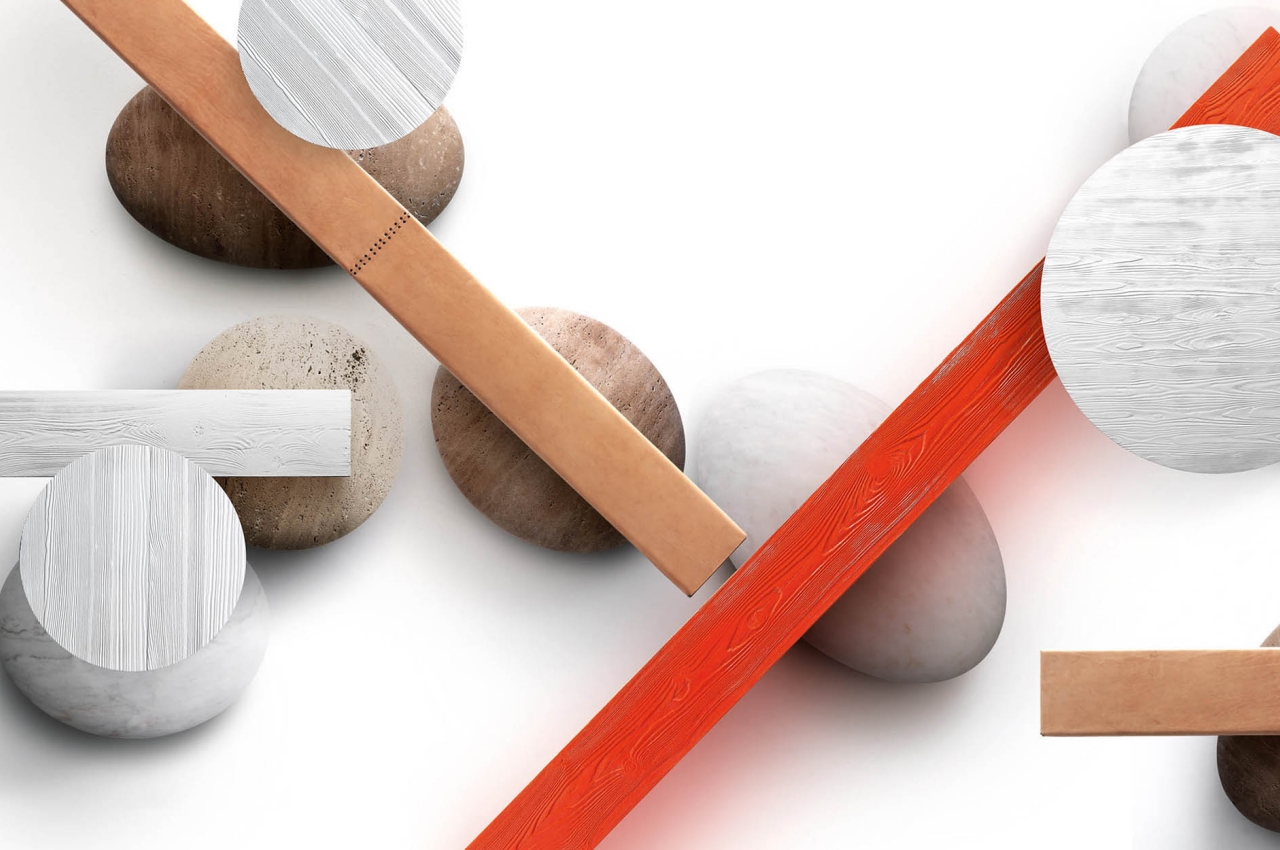 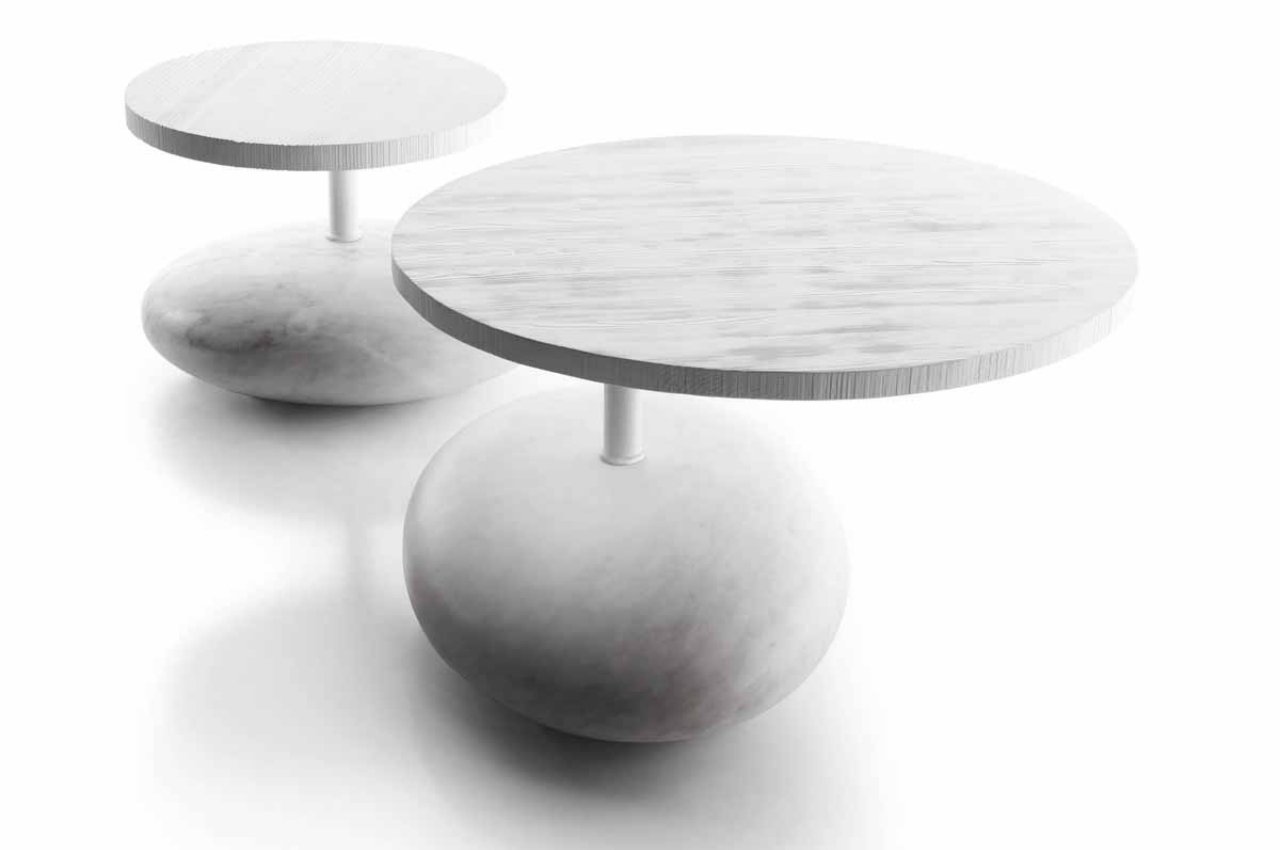 The Pavé collection also includes the Pavé Log bench, where a wooden board is made to overlap and overshoot two marble bases, and the Pavé Drink, a table that adds an element of metal in the stem that raises the round wooden top up high. These beautiful pieces of furniture are easily mistaken as design objects and can add a bit of Zen to any room, garden, or space while also offering something to sit on while you contemplate the meaning of life. 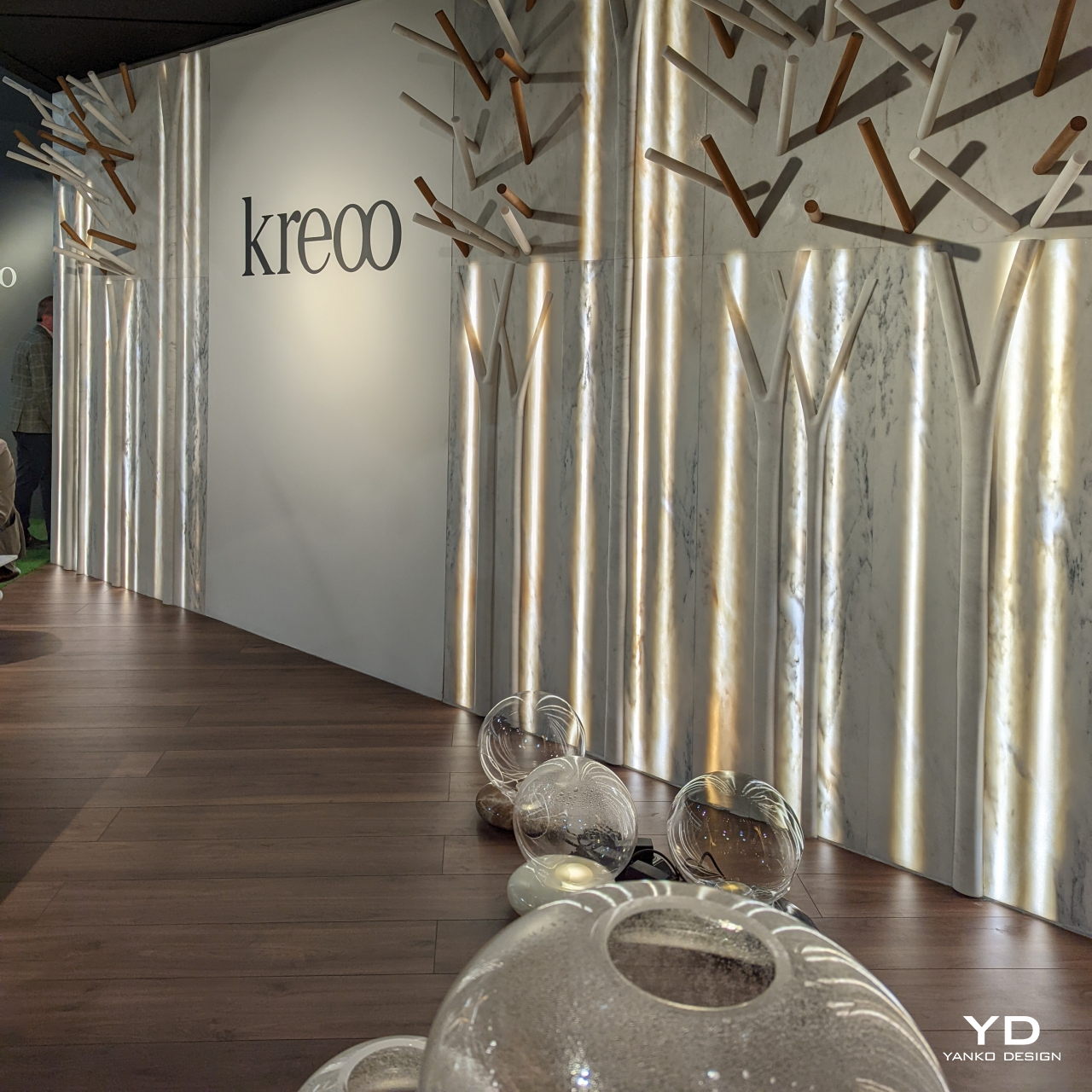 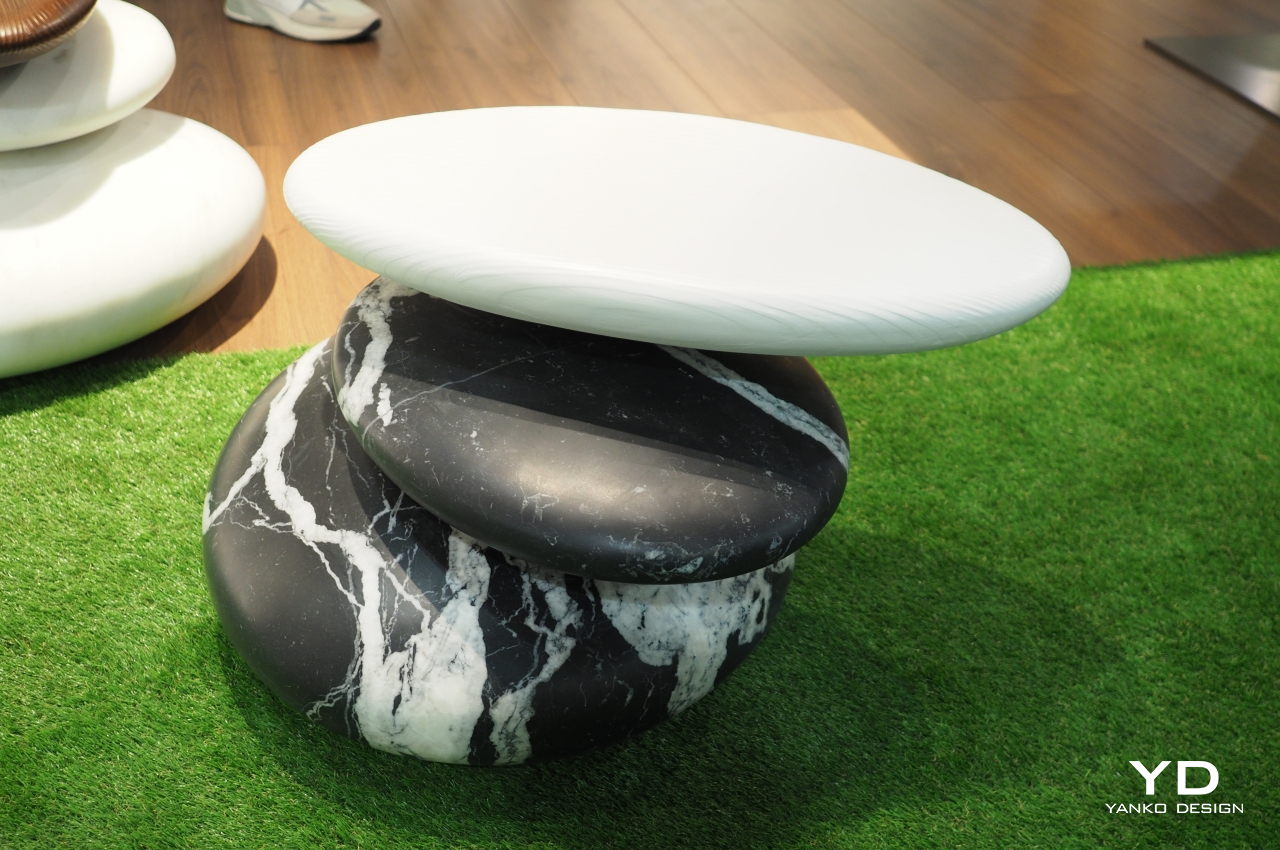 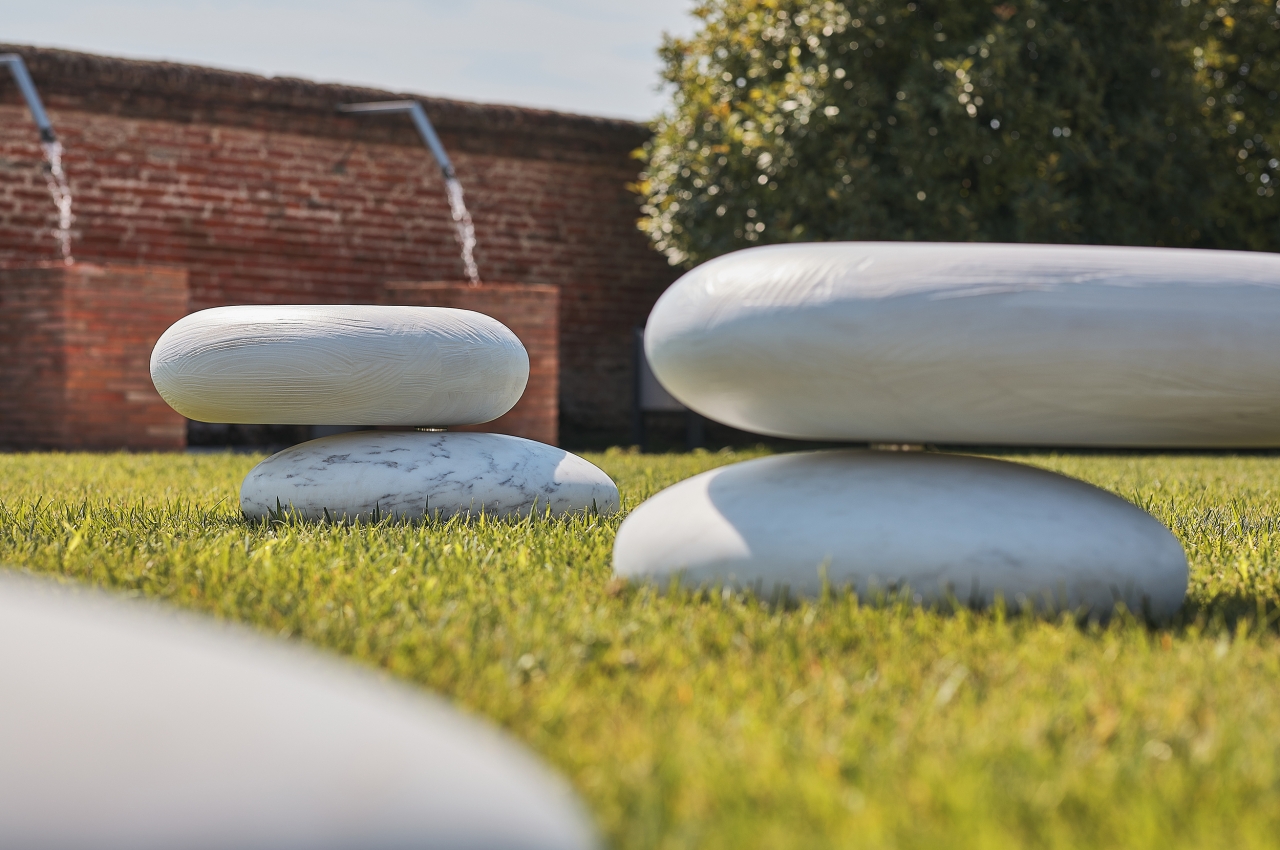 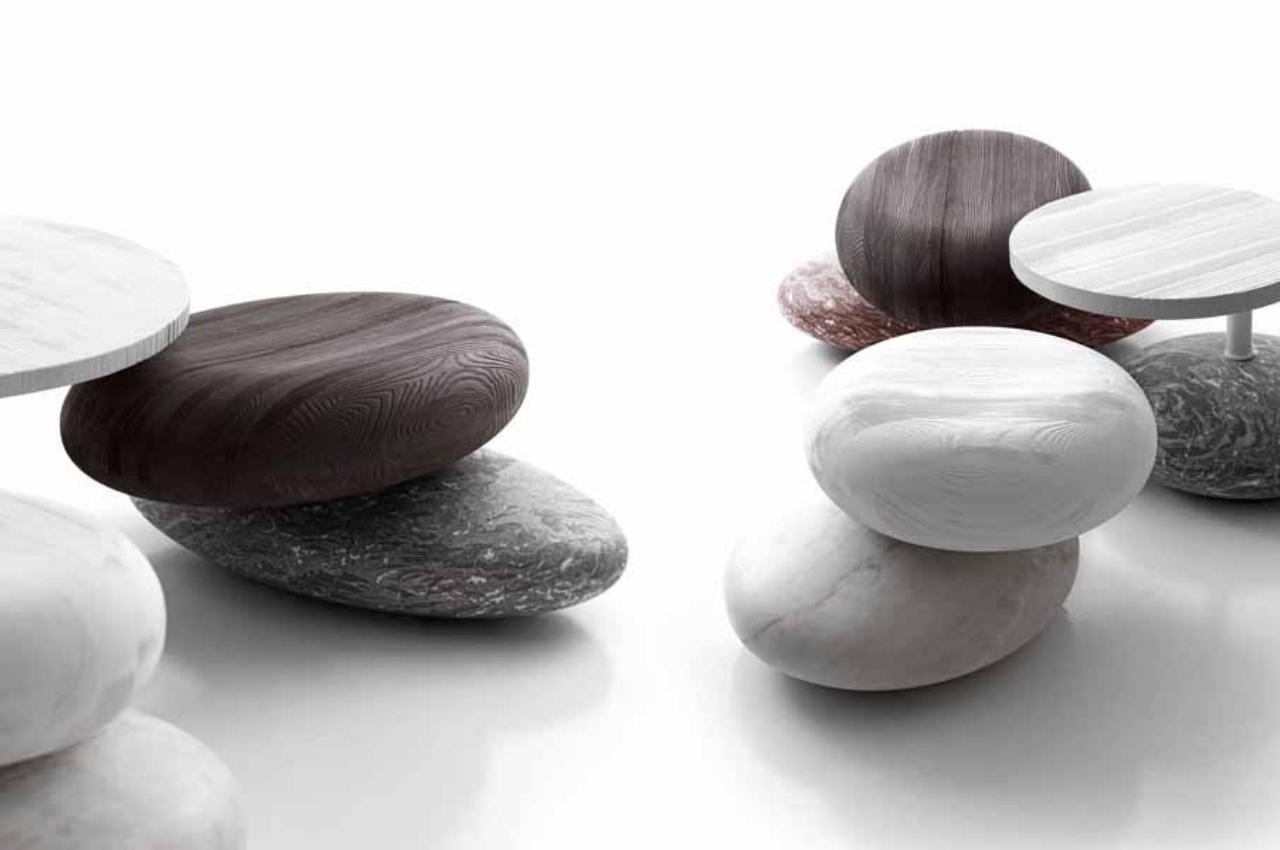 Though its construction is skeletal and light, the Hedron table uses simple geometries to give the illusion of mass. The dual octahedron supports not only…

A Table That Is Full of Suspense

From Flat to Flex

At first glance, it might look super rigid… but take a seat and you’ll find the Flexi chair to be quite bum-friendly! Crafted from wood…

When Furniture and Lighting Meets

At first glance, this chair doesn’t look too dissimilar from any other conventional chair, however, it won’t take you long to identify a few, not…