With changing times, social spaces need to change too… and it seems like Herman Miller has noticed that. As a world that’s slowly preparing to step out of their homes and go back to offices again, this unique window of time we’ve got is perfect to redefine productivity and how offices should look in this new future. Herman Miller’s OE1 series of furniture helps define the ‘new age’ office by creating a space that’s more conducive to co-working and socializing, instead of locking people in cubicles to make them more productive. The OE1 series brings an element of openness, dynamism, and fun to the workplace, giving it a unique facelift that definitely contrasts from the restrictive atmosphere created by working from home.

Short for Optimized Essentials, the OE1 range is “designed to help people experiment with space, discover what works in the moment, and change rapidly for the future”. It focuses on adaptability and on agility, by allowing modules to interconnect or separate, and work well both as a part of a team or as individual units… sort of like humans. The furniture elements can be scaled up, scaled down, or fine-tuned to create the workspace you need. Filled with basic forms and vibrant colors, the OE1 series has just the right amount of character to add a minimalist yet vibrant touch to the workspace.

“The ideas behind OE1 predate COVID-19. The collection is the result of two years of development, driven by an international research project, in which the team interviewed everyone from office managers to sci-fi writers about the future of work. But as the collection came to a crest in 2020, amid a rise of remote work in response to the global pandemic, this future-forward design became a much more urgent one”, reports Fast Company. 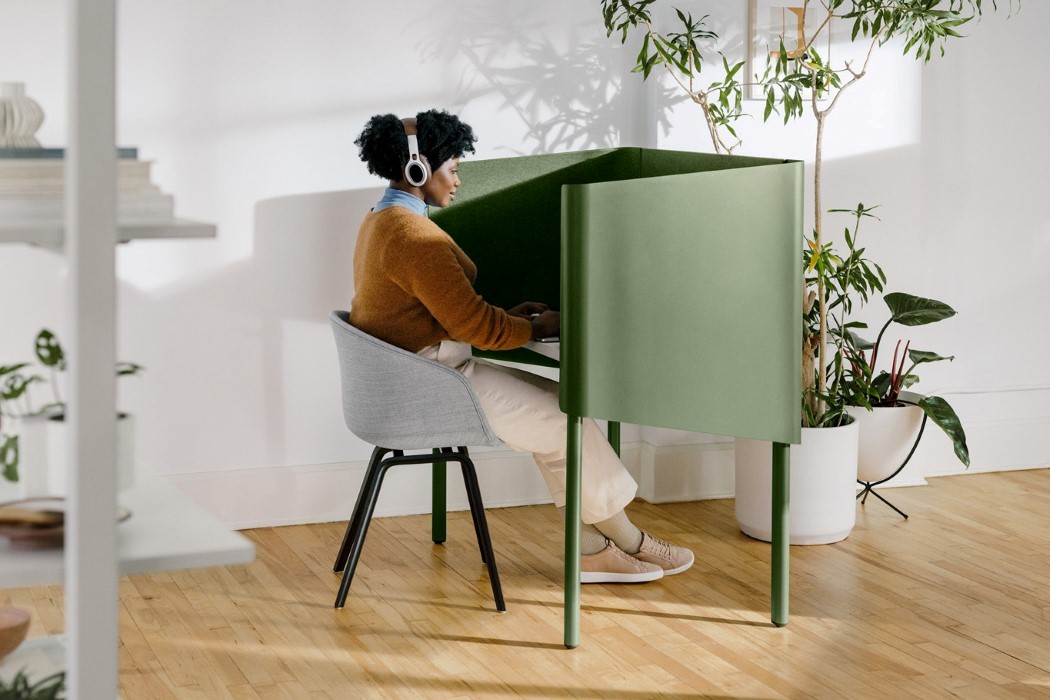 “I often say with a mixture of pride and sorrow that Herman Miller invented the cubicle… probably envisioning a utopia, and it became something different,” says CEO of Herman Miller, Andi Owen. “We envision a future where [modular, flexible] furniture styles are the ones that are most dominant” Owen replies, indicating the demise of the restrictive cubicle, and the creation of what is referred to as an “unsystem” – or a series of individual elements that can be mixed and matched in a variety of ways, without ever really ‘going wrong’. 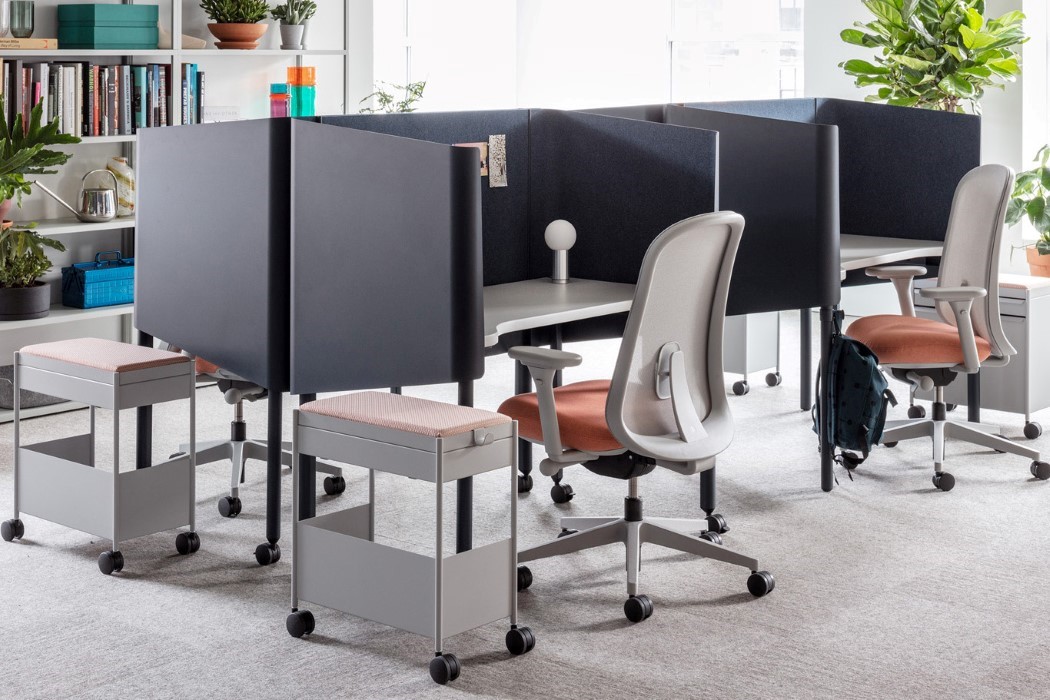 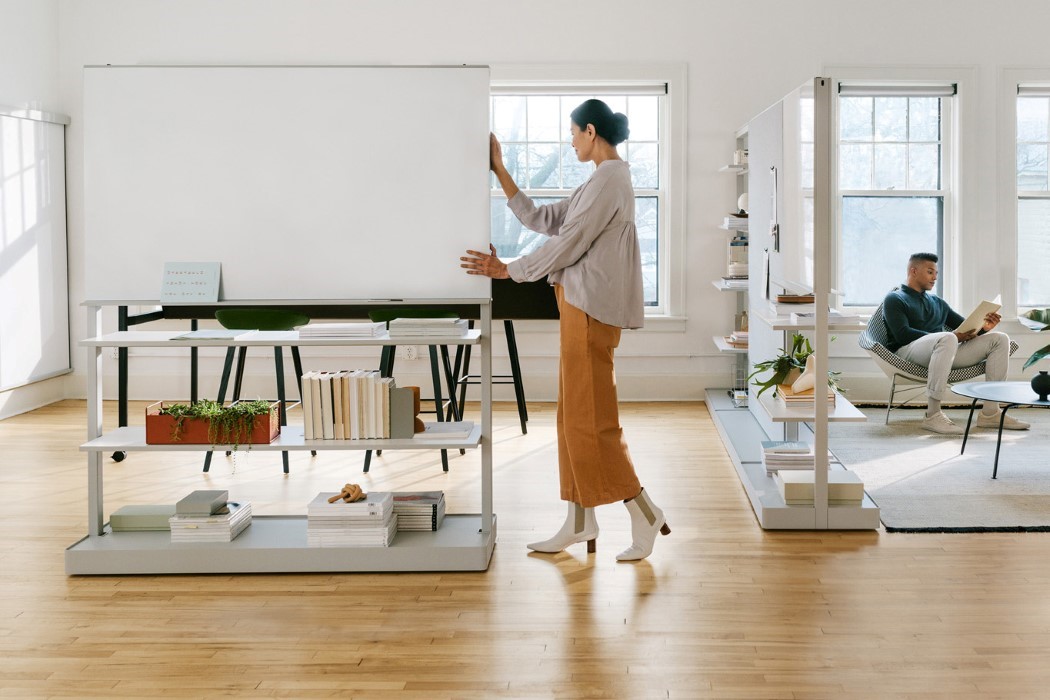 What’s immediately characteristic of the OE1 is that even as it creates separate, independent workspaces, it does so without putting the user in a bubble. People are still welcome to look each other in the eye, exchange pleasantries and ideas, and work as a collective whole instead of as individual cogs in a machine. 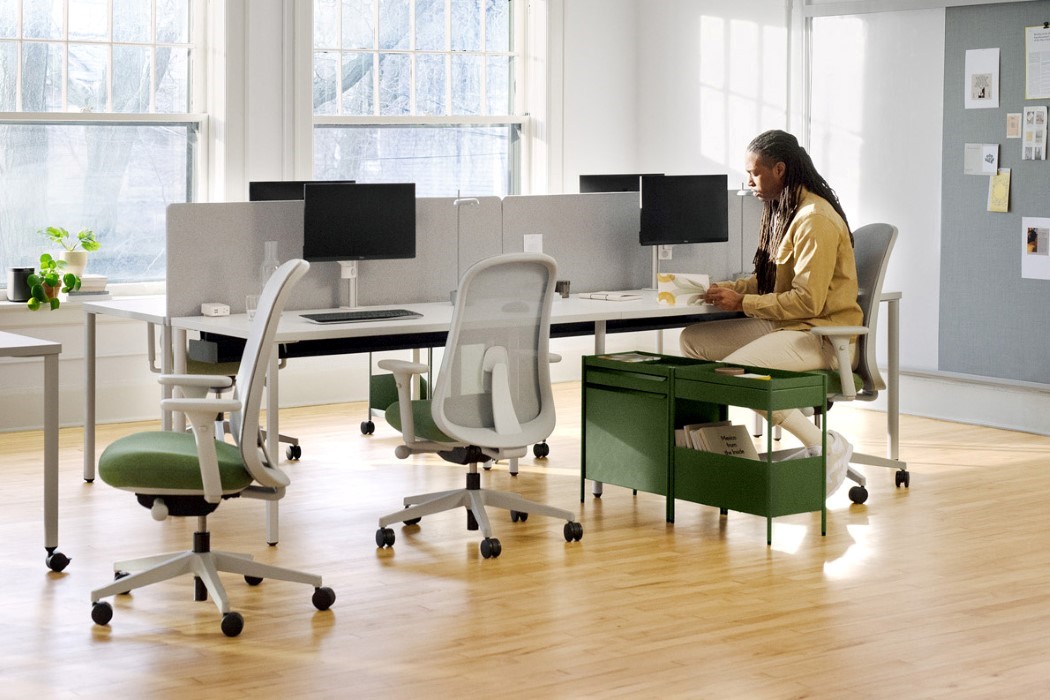 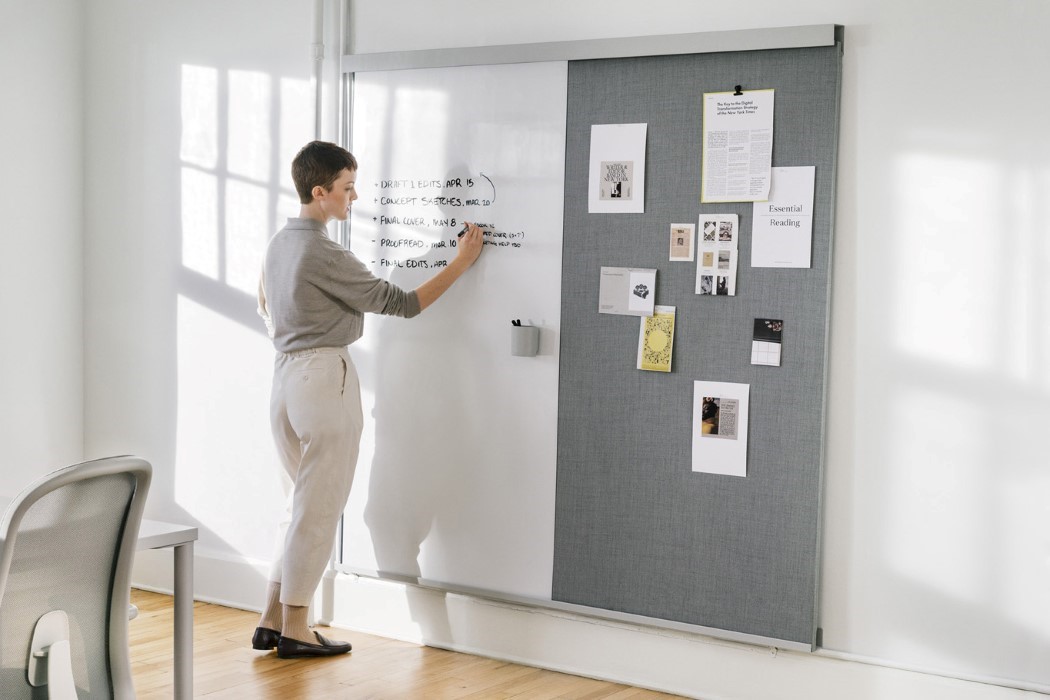 The Agile Wall [above and below] is a series of vertical panels that act as functional elements even serving as room dividers. The upper example showcases a wall-hung whiteboard that even has a soft-board attached to it, while below, a series of shelves helps functionally partition a space without visually creating a partition. 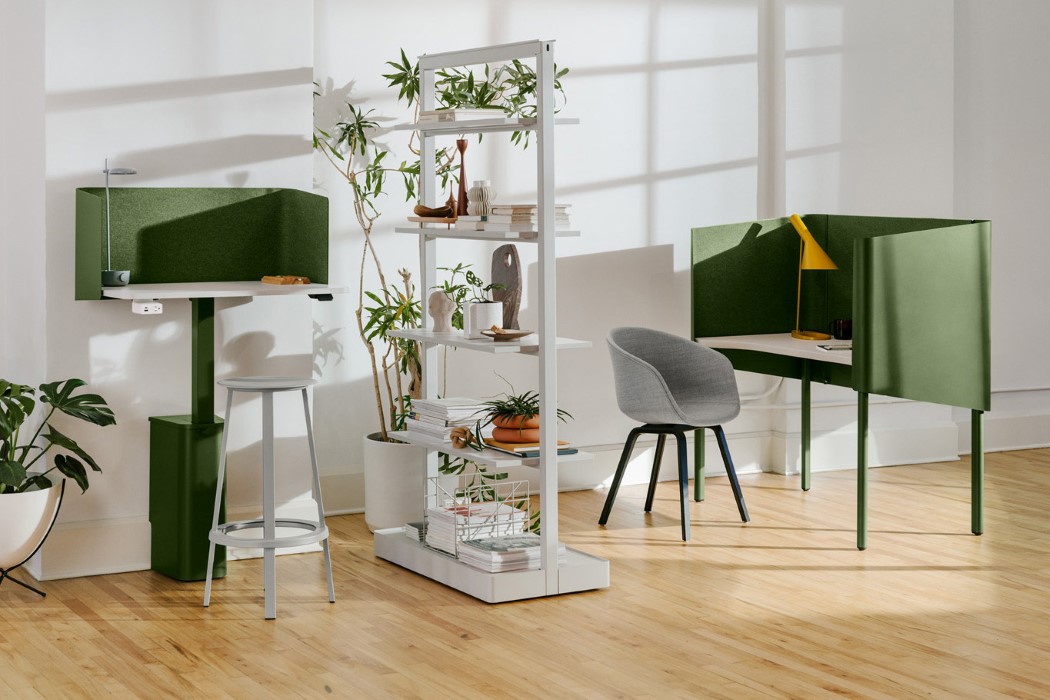 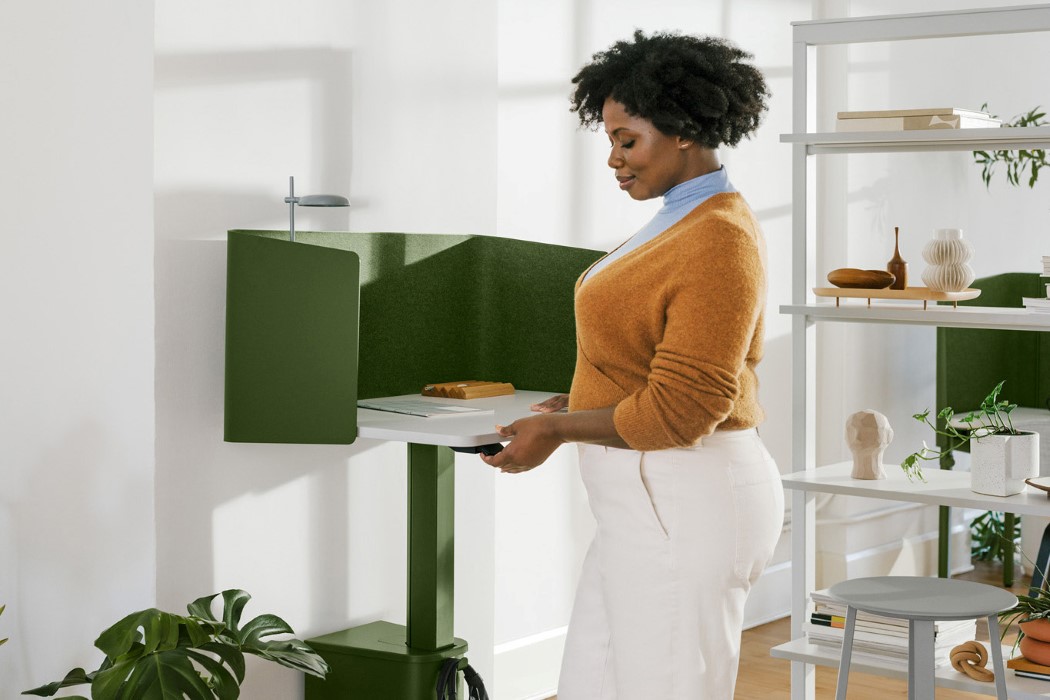 The OE1 series even relooks desks, with the Micro Pack [above] and a more traditional seating arrangement below. Each Micro Pack comes with an adjustable desk system, letting you choose between sitting and standing formats, while even organizing your cables into a central channel. Along with it all, the Micro Pack even lets you hang your bag or backpack on a hook placed right beneath the desk, so you don’t have to drop your purse on the ground when you sit at your desk. 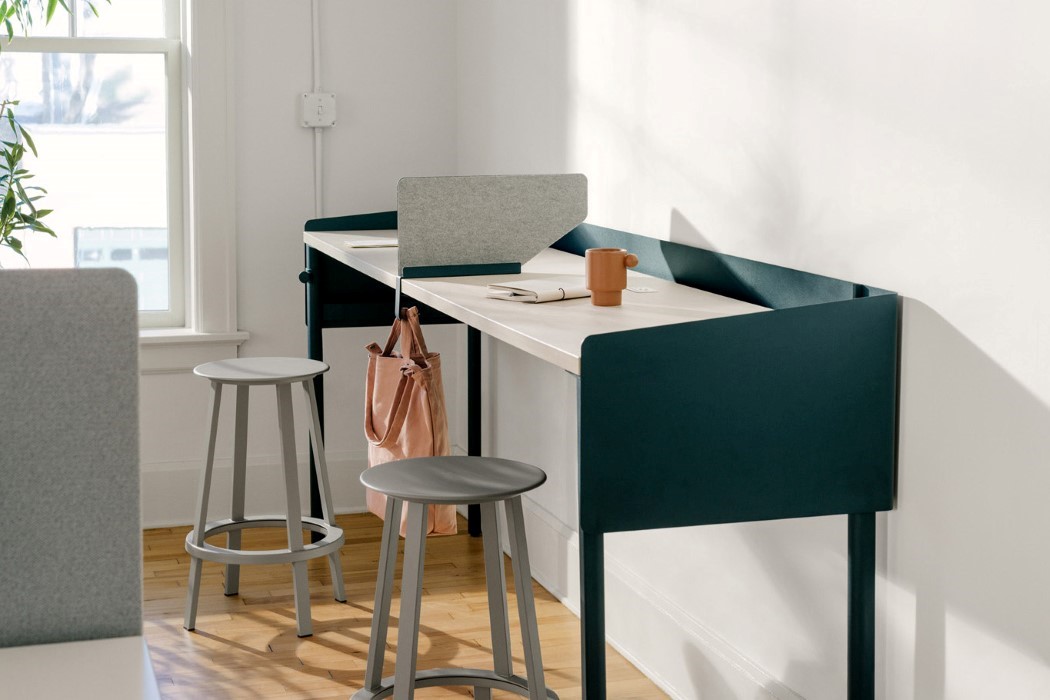 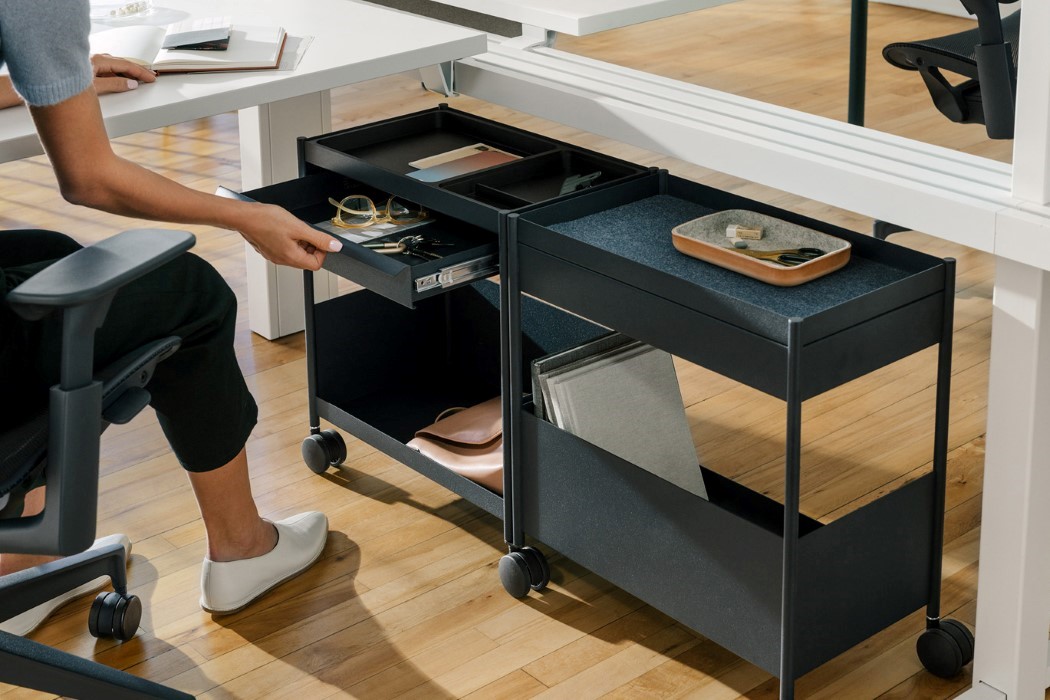 For more traditional sitting desks, you’ve got OE1 Storage Trolleys that nest nicely under them, allowing you to cut the clutter on your table yet still have all your stuff at hand. The trolleys can be moved around as you shift workspaces, and can even be turned into stools by popping a seat on top, so you can have a quick conversation with your colleagues without dragging your chair around. 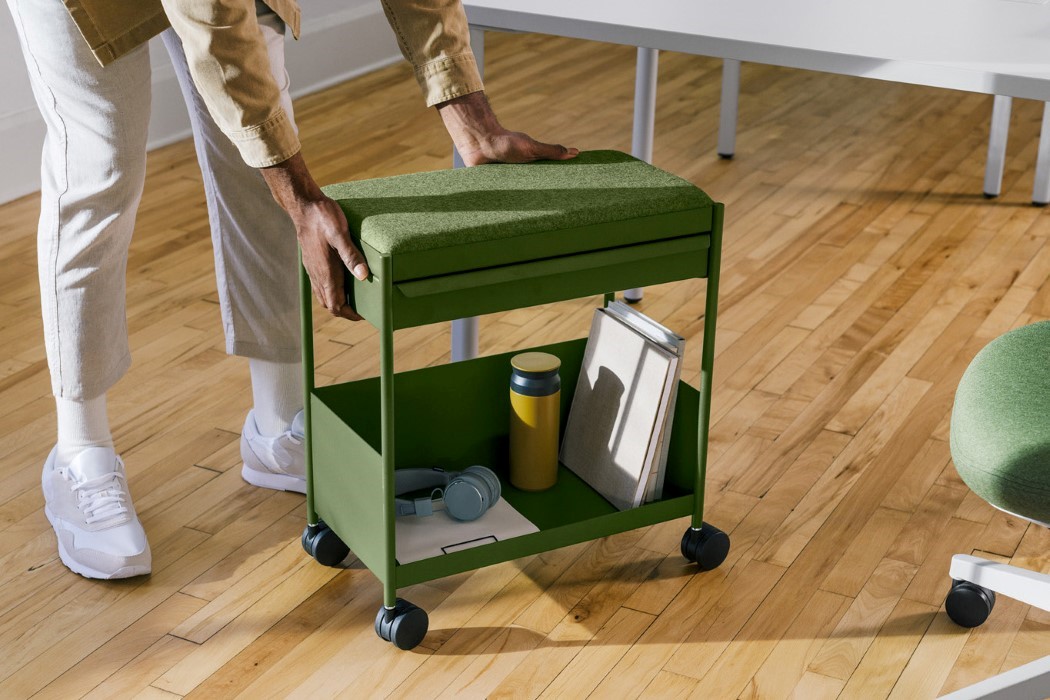 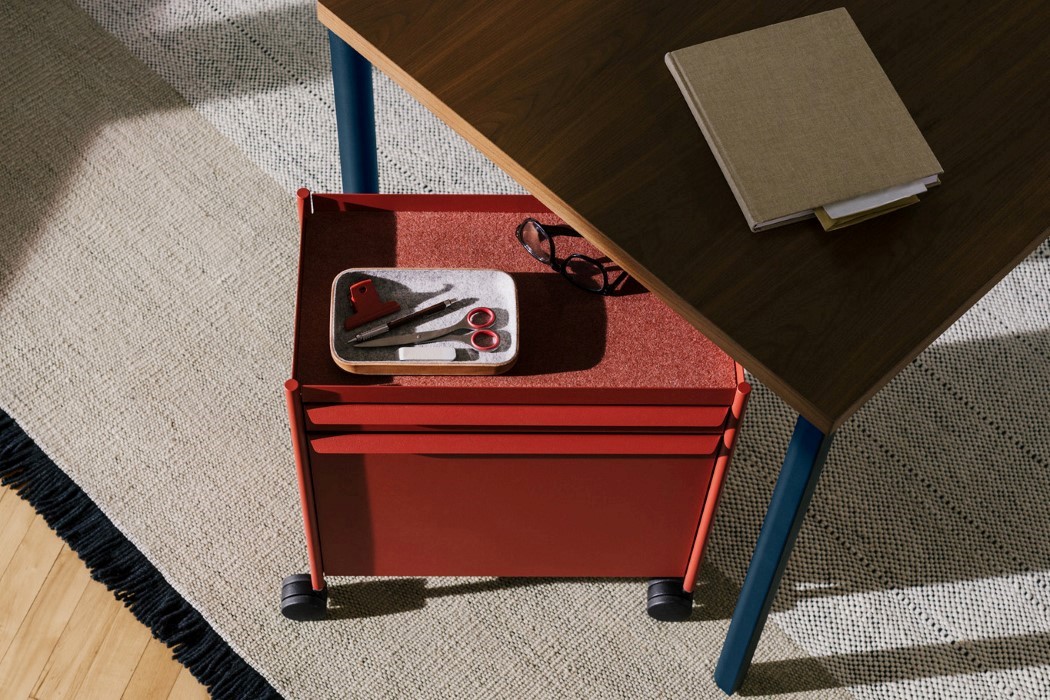 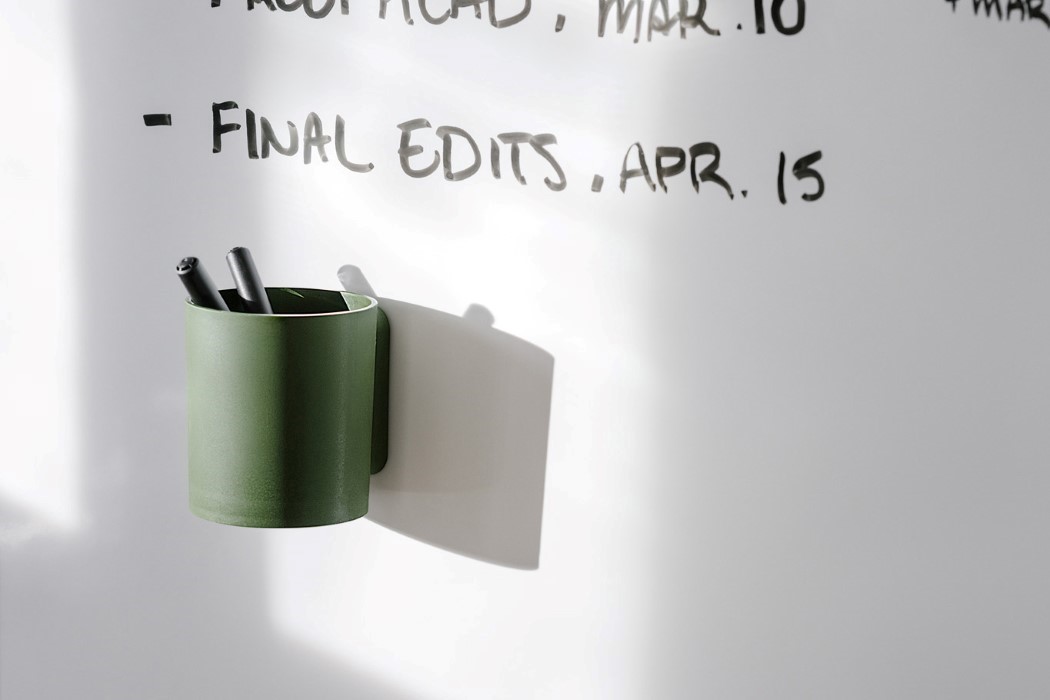 Ultimately, with the OE1 series, Herman Miller aims at building up the workplace by breaking it down. Plagued by the ‘cubicle culture’ that they themselves created, the OE1 is Herman Miller’s way of going back to the drawing board and redefining creativity and productivity in a way that is less bound by rules and is more accommodating of diverse work cultures. In a rather bittersweet way, it also takes into account the fact that workplaces may see downsizing, budget cuts, and migration to smaller office spaces. With the modular design of the OE1 and those innovative Micro Packs, Herman Miller hopes to create a workplace that fits ‘more into less’ while still “making [the workplace] as comfortable as possible.” 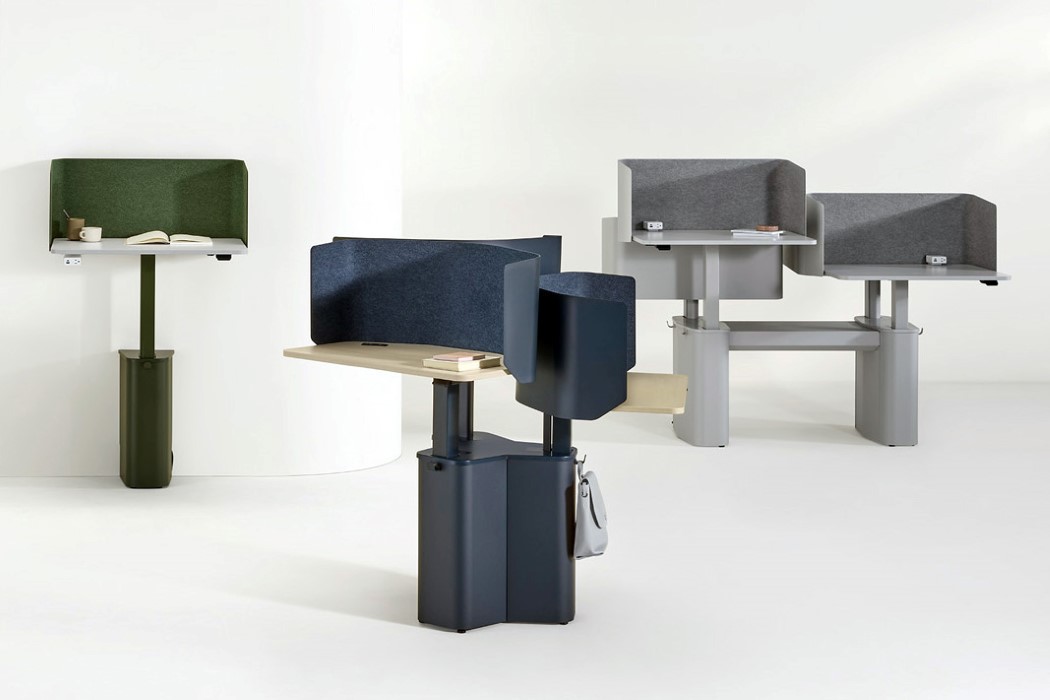 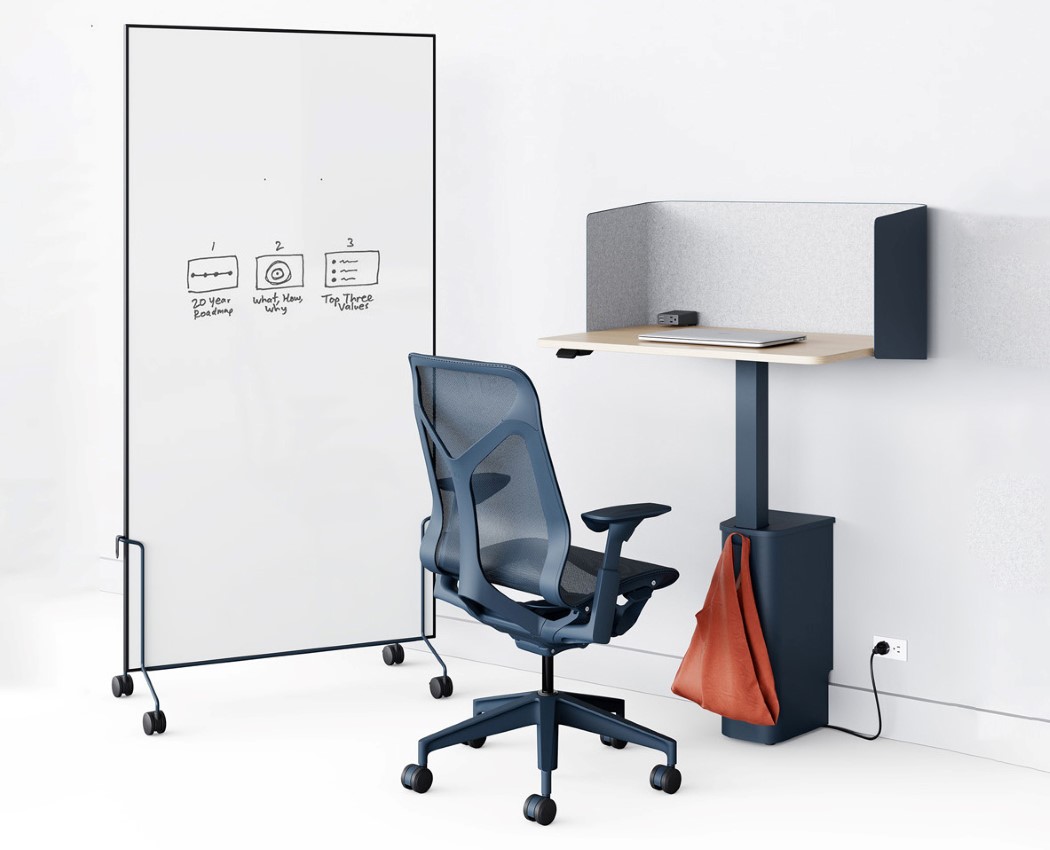 This liquid soap bottle is made from soap and it dispenses soap too!

https://www.kickstarter.com/projects/soapbottle/s-o-a-p-b-o-t-t-l-e What better material to package soap in than soap itself?! The idea for SOAPBOTTLE came to designer Jonna Breitenhuber during her masters’ studies. At…

https://www.kickstarter.com/projects/894128597/the-clip-pen-by-schon-dsgn-write-with-distinction/description Distinctly shaped like a cigar, the Clip Pen by Schon DSGN is modern and classic both at the same time. It’s somewhat innately pleasing…