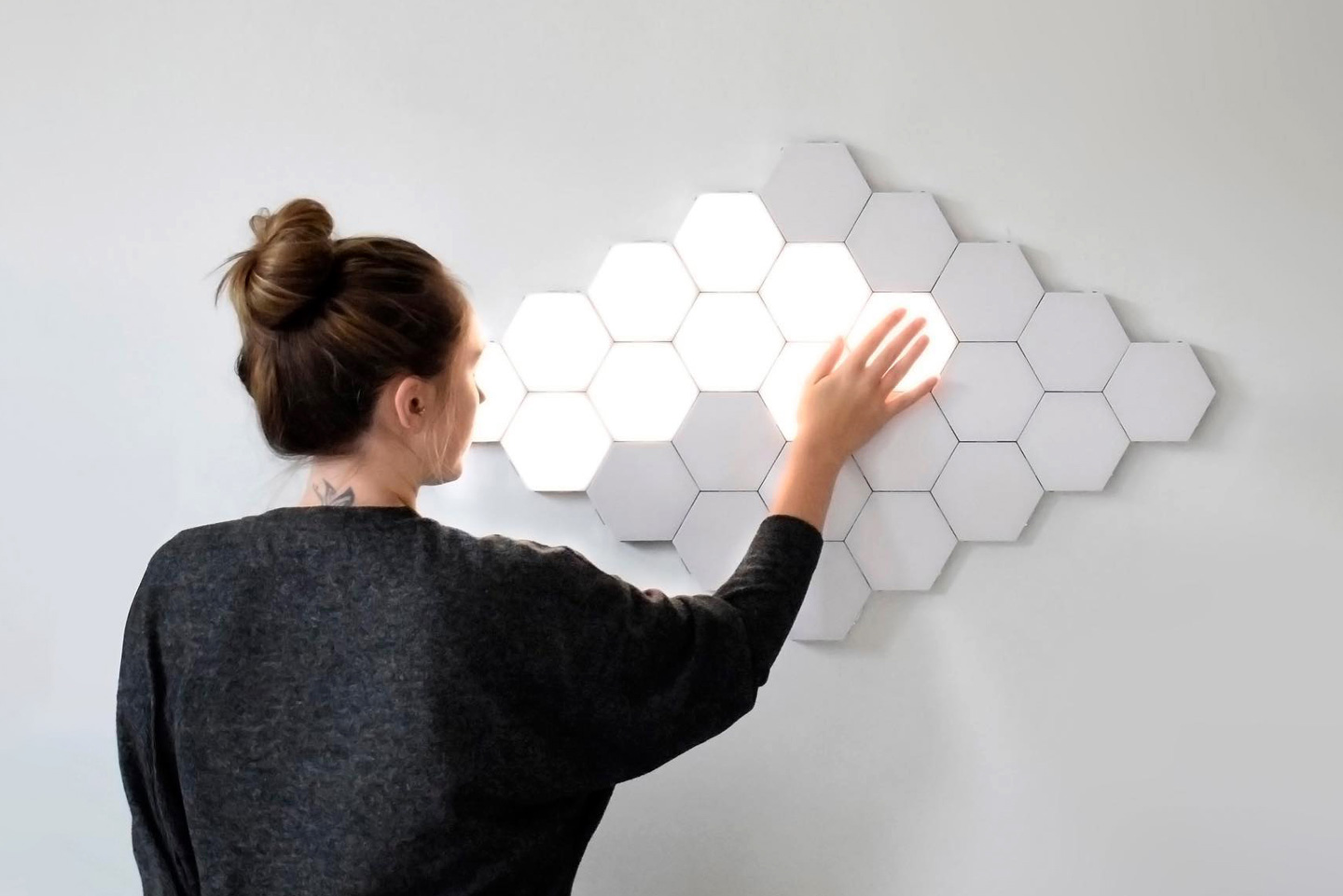 Everyone talks about portfolios, skill-building, certificates, master’s degrees, and internships, but nobody talks about the most readily available tool that provides the most effective crash course in product design and development. Crowdfunding is slowly and steadily becoming a brilliant way to test your ideas, refine them based on consumer interest and feedback, and actually translate concepts to products. Nothing helps you hone your design, marketing, and entrepreneurial skills than actually taking your idea directly to the public and gauging their interest.

The traditional journey of a designer’s concept has (up until now) had two paths – Path one starts with an enterprising designer looking to develop their product, leading to a collaboration with a manufacturer or the founding of a startup. Path two, the road more taken, ends with the concept being just another trophy in their design portfolio – a good idea that ended up being nothing more than a thinking and rendering exercise. If the latter sounds like something you may have done in the past, the Crowdfunded Summit is hosting its annual free virtual conference from the 24th to the 26th of May. Grab your free ticket here to attend! 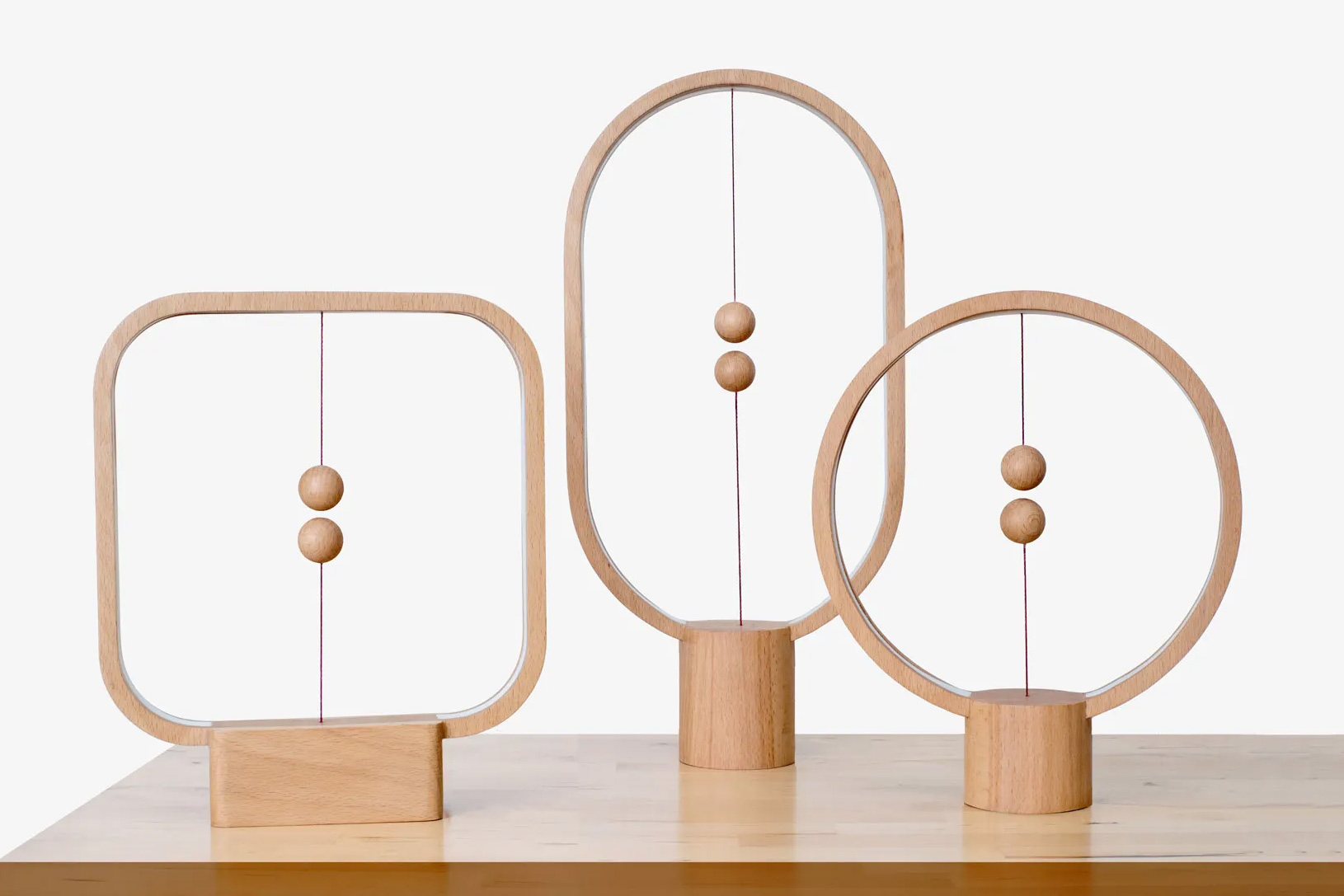 Creating a concept for a portfolio is literally the path of least resistance when it comes to design thinking. I often make the argument that a product in its concept stage is more like ‘fiction’. It holds no grounds in reality until its designer hopes to bring it into reality. Concepts are great imagination tools to help speculate futures, but concepts don’t necessarily build them – they merely show directions. Product development, on the other hand, has a much more measurable impact on humanity… and while it wasn’t so easy to just ‘make products’ ten years back, crowdfunding is proving to be an incredible litmus test for public feedback, viability, and overall impact. Moreover, it’s also led to designers actually benefitting from their concepts, as the examples below will show you. 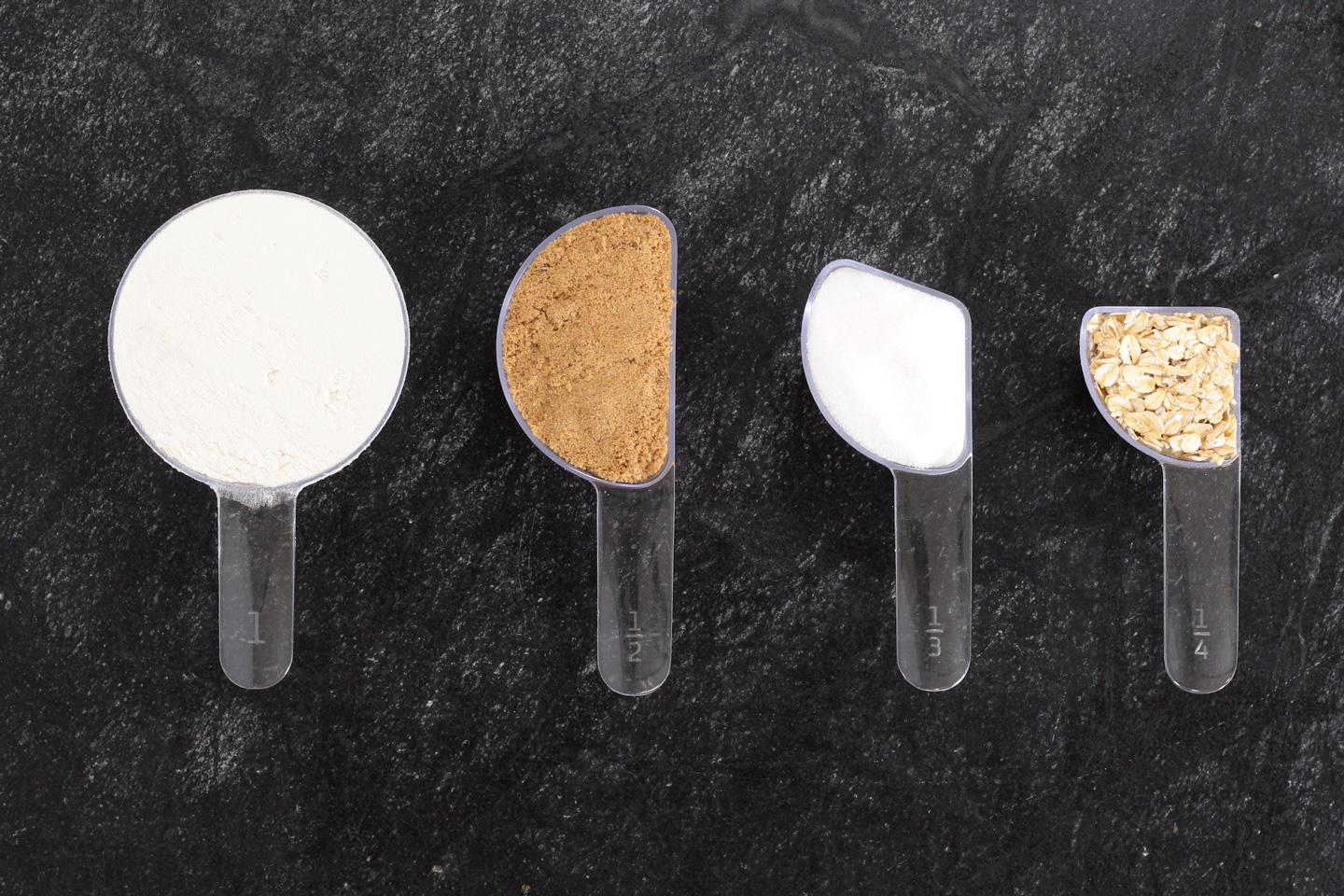 When I think of the concept-to-product journey, a few names instantly come to mind. Having done this job for 8 years now, I’ve had the privilege of covering ideas and concepts that then transformed into award-winning, revolutionary designs that helped change the lives of not just the users, but the designers who made them too. The Heng Balance Lamp remains one of the most iconic examples, of a product with a unique interaction that inspires curiosity and joy. Designer Zanwen Li partnered with product development firm Allocacoc to help bring the idea to fruition. James Vanderpant’s popular modular touch-sensitive light first started as a student project too, that James then took to production with a business partner. Vanderpant now independently runs Polygon, a designed-focused company in NYC. Pam Daniels and Brandon Williams’ story too began with a benign concept – a set of measuring cups that visually looked like the fractions they represented. Just a year later, the Visual Measuring Cups became a Kickstarter success story and the duo even launched a set of measuring spoons based on the same visual principle. Maxime Augay’s AirHood is the most recent example, as he took his award-winning 2017 idea for a portable kitchen hood to Kickstarter, collecting 10x more than his original funding goal from eager backers. 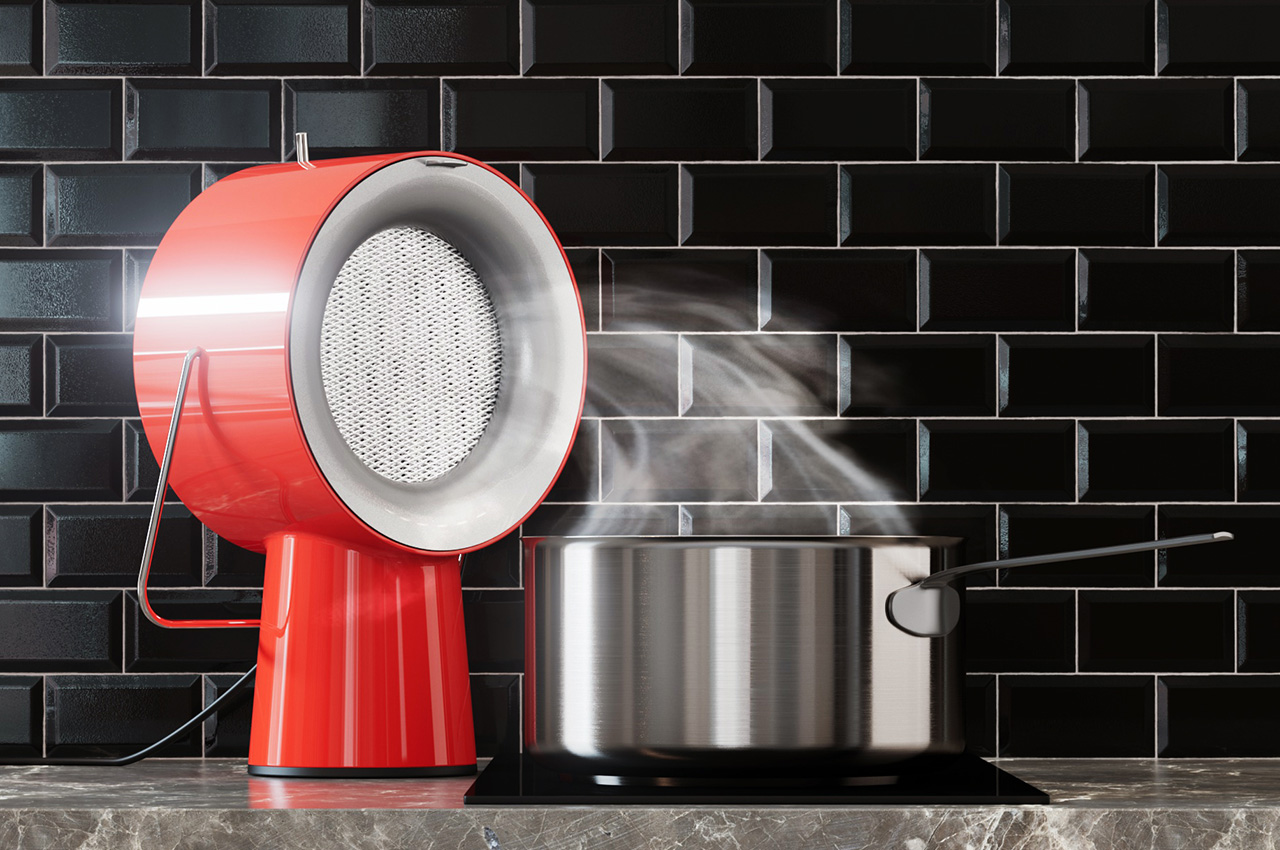 Being held over a period of 3 days, the Crowdfunded Summit too lets you embark on your product journey, taking your concepts to their next stage. The 2022 Crowdfunded Summit is a free global virtual conference that helps guide you through the crowdfunding journey. With virtual talks, AMAs, and presentations from companies like Indiegogo, Launchboom, Kickbooster, and many more, the 3-day event will cover every aspect of the crowdfunding journey, including elements like building a pre-campaign, designing the perfect crowdfunding video, reaching (and exceeding) your funding goal, gathering investors, taking your crowdfunded product to e-commerce, and finally, effectively shipping your product to your customers (an area where a majority of campaigns fail). The conference also covers the common pitfalls of crowdfunding and teaches you how to overcome them, helping hone your entrepreneurial skills. 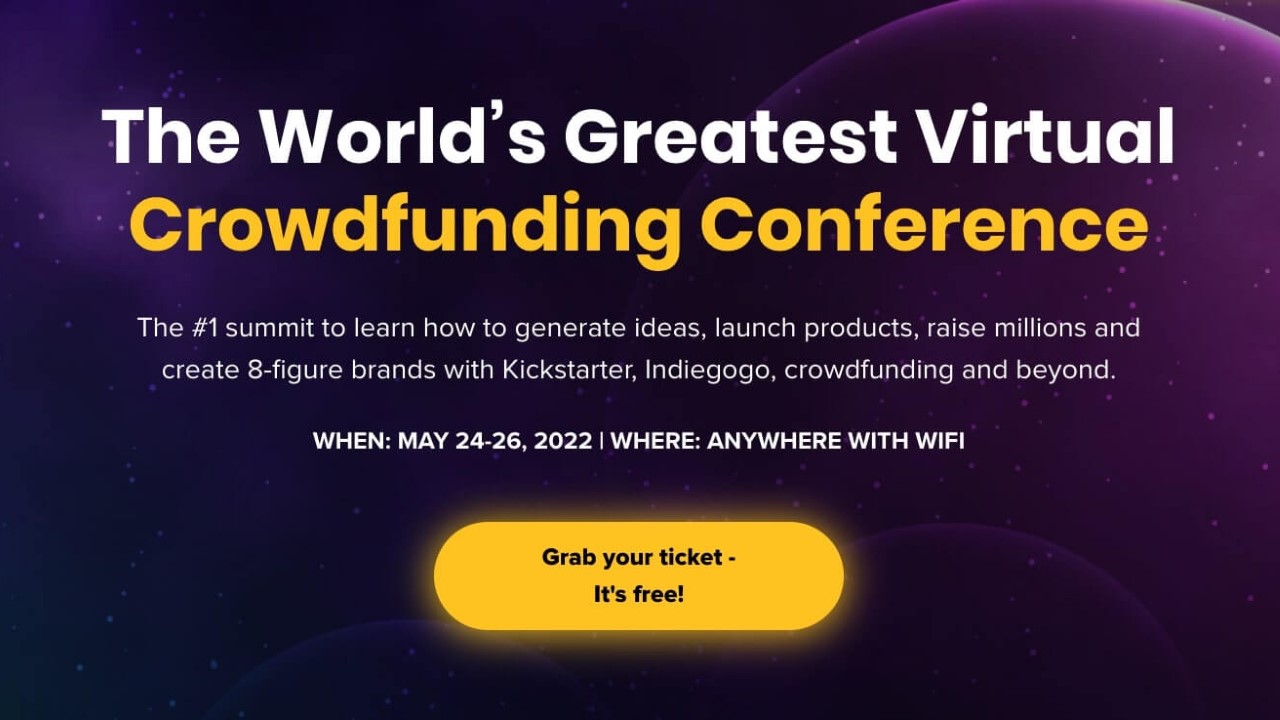 Are you a designer or creator looking to learn how to generate ideas, launch products, and raise millions? Grab your free ticket here to attend the 2022 Crowdfunded Summit!

The Masterchef’s Kitchen Tools from Down South!

https://www.kickstarter.com/projects/400294490/solidteknics-aus-ion-bbq-kitchen-iron-bigga-skille Half the weight of cast iron, but with the ability to cook and season your food the same way. AUS-ION™ (or low carbon mild…