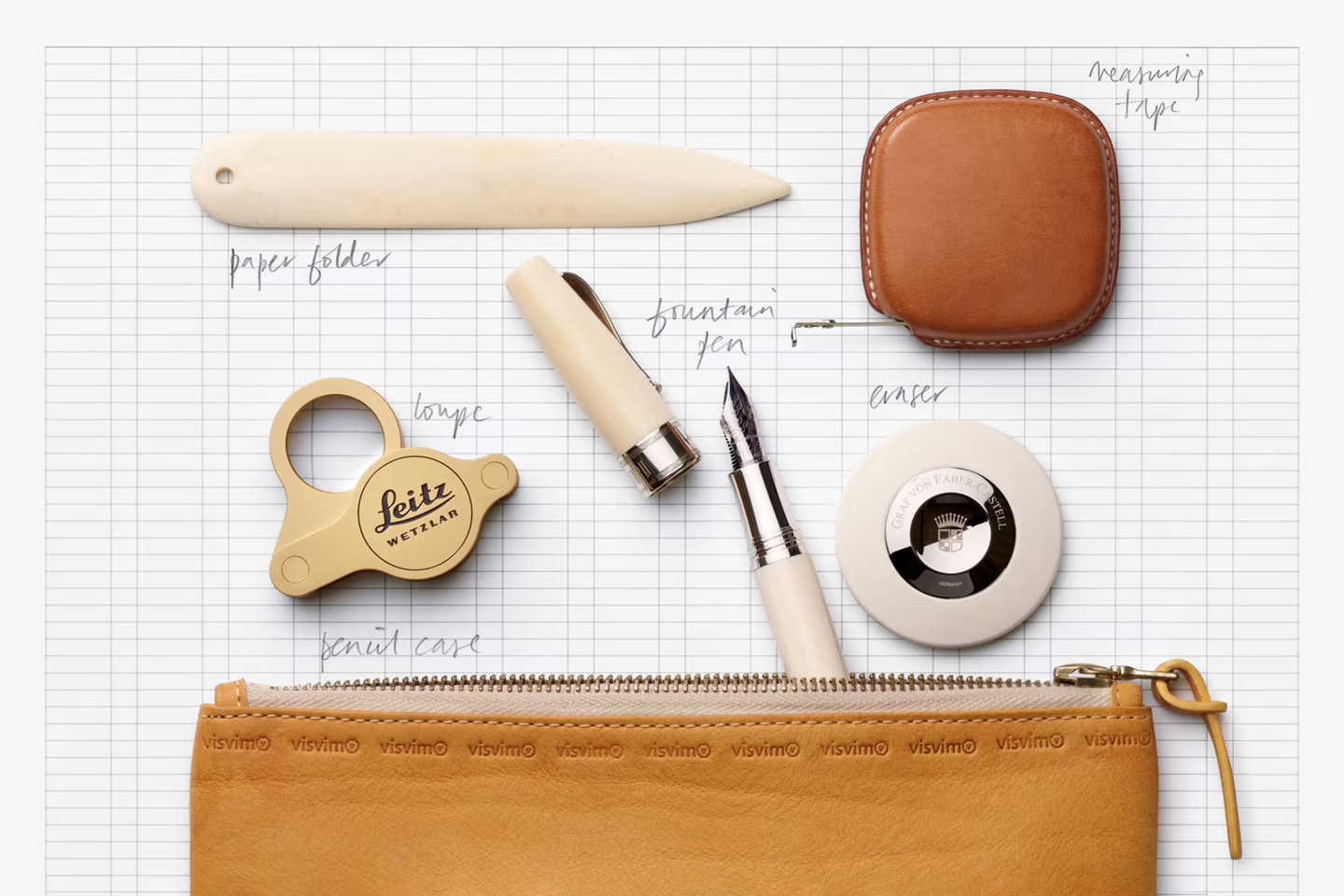 The kit gives us a fleeting insight into Jony Ive’s sensibilities, and it encapsulates the two keywords we’ve come to know with his design style – minimalism, and luxury.

Now I don’t mean luxury in the conventional sense, but rather in the way Apple’s own products are de-facto luxury items given their price tags. The kind of objects Ive carries in his toolkit are similar in that nature – they’re high-quality top-notch tools of trade, perhaps the type that most people won’t be able to afford – Jony carries an Hermès measuring tape that costs $530 of your fine American dollars.

In a special interview with Financial Times (a sensible choice of publication considering his entire toolkit costs well over $10,000), Jony gave the world a look at 12 tools of his trade “for making, for marking, for measuring, and carrying with you every day.” The toolkit is far from your average hex-bits and wrenches. Jony prizes himself in carrying products that inspire him and embody his design philosophies – to that end, the images below include everything from a fountain pen to the tonearm from a turntable. Here’s a look at the EDC collection from the most prolific designer of our time. 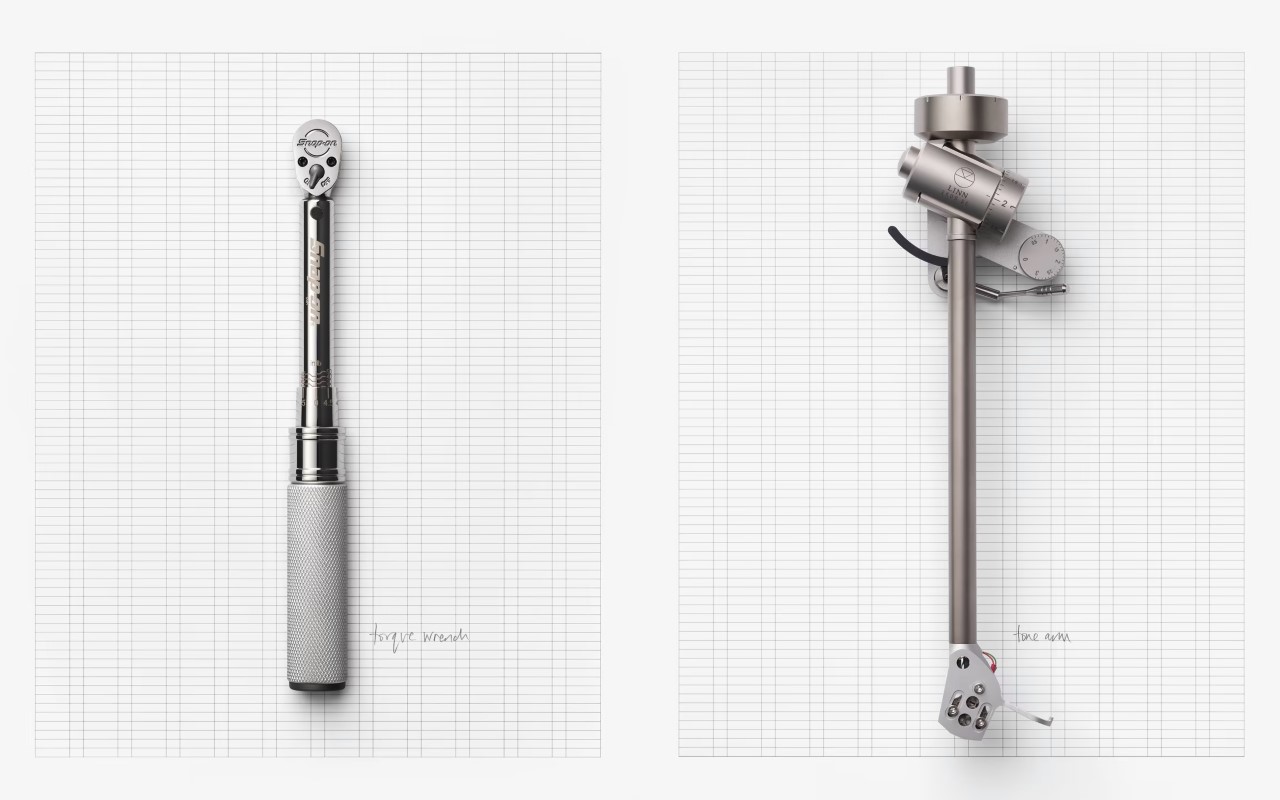 The two objects right above cost over $6,000 alone. On the left is a 3/8″ Drive Adjustable Click-Type Fixed Ratcheting Torque Wrench, with a price tag of $399, and right beside it, a Linn titanium Ekos SE tonearm that costs a whopping $5,645. Why does Jony proudly carry a 5-grand turntable tonearm with him? Didn’t the man design the iPod?? 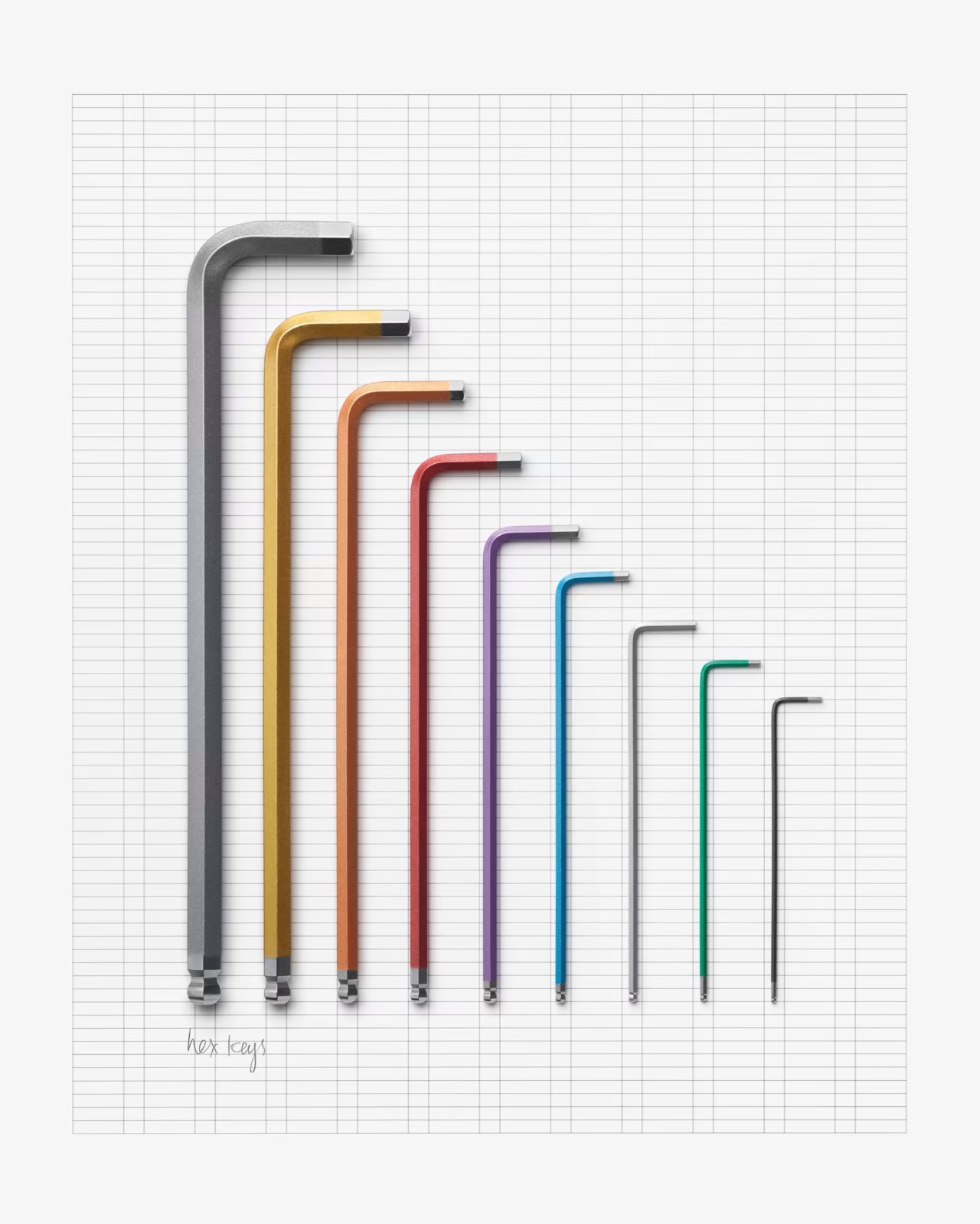 This color-coded hex L-Key set from Wiha is one of the more affordable objects in his toolkit, and arguably the most fascinating. Priced at just $37.39, these colorful hex keys remind me of the colorful iPods, begging the question – what came first, the hex keys or the anodized aluminum colorful iPods? (It was probably the latter) 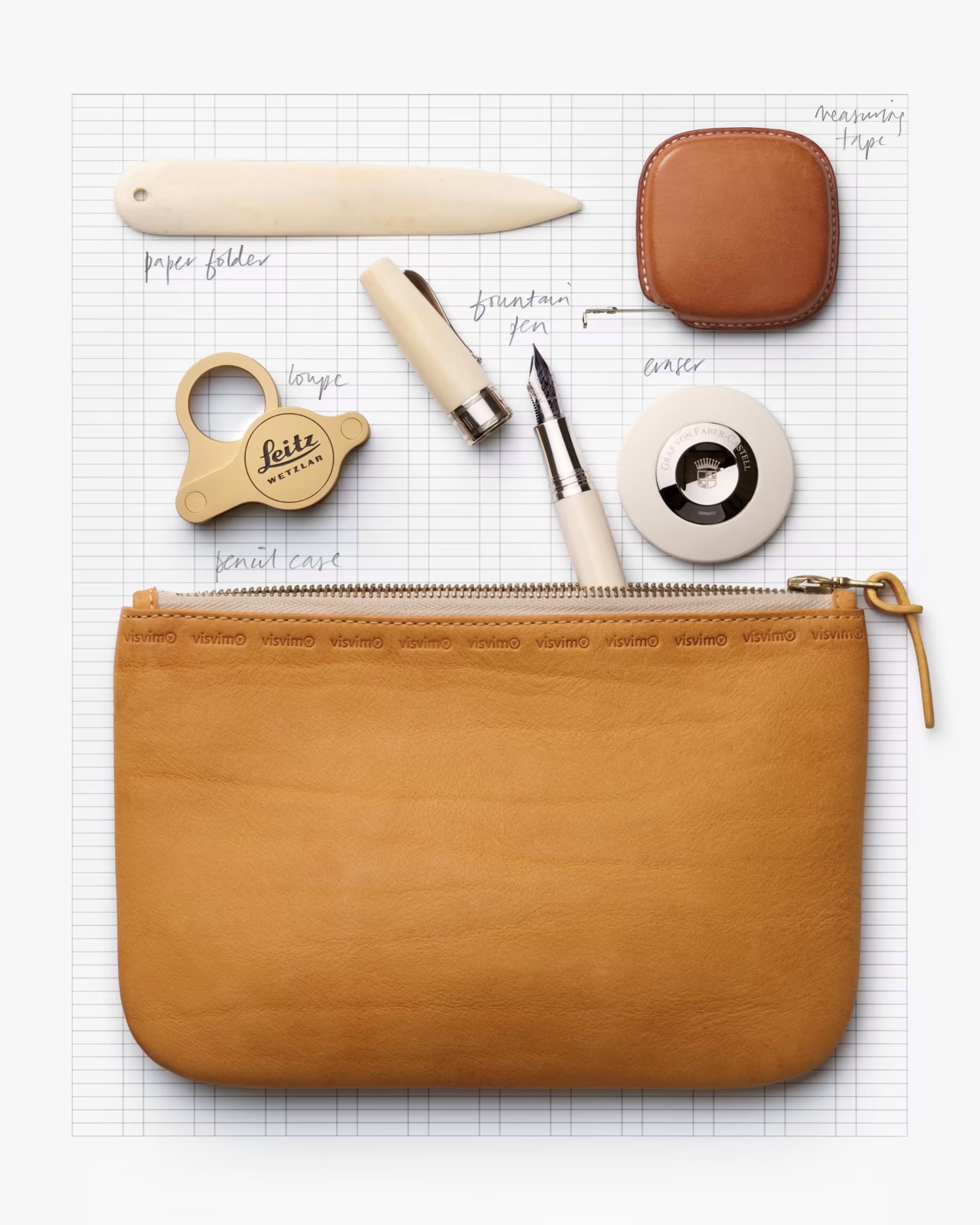 Moving onto stationery, Jony carries his more frequently used tools of trade in a leather pouch from Visvim (we couldn’t find the price, but it’s probably in the $300 ballpark). These tools include a $26 genuine bone paper folder from H. Webber & Sons, a vintage brass folding magnifier by Leitz Wetzlar (if that logo looks familiar, Leitz Wetzlar rebranded to Leica in 1986 – a company that Ive has worked extensively with in the recent past), a vintage fountain pen from Montegrappa, a $123 platinum-plated eraser from Graf Von Faber-Castell, and finally that infamous $530 leather-encased measuring tape from Hermès. 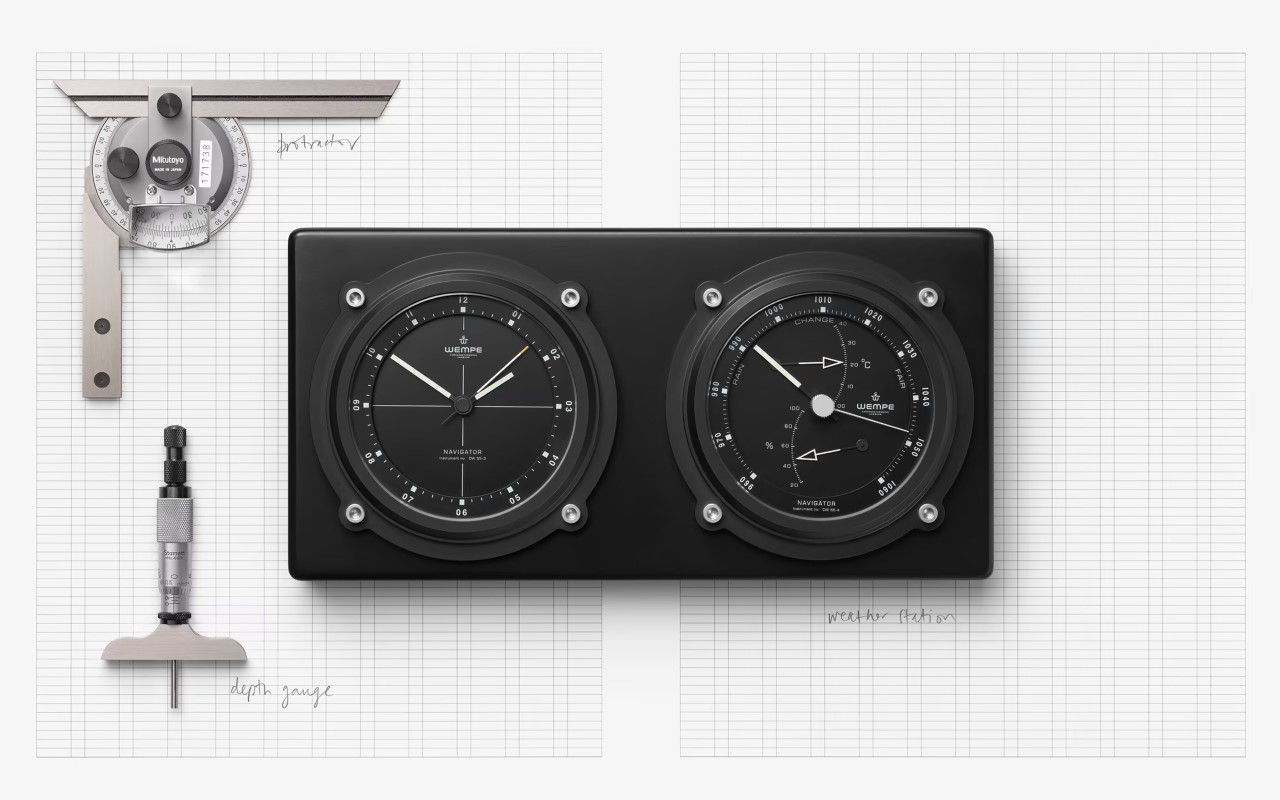 With a couple of grand to spare we reach the final effects of Jony’s EDC. These include a Mitutoyo 6in universal bevel protractor worth $325, a $355 Starrett 440Z-3RL depth micrometer gauge, and perhaps the second most bizarre piece of EDC yet – a $1,960 ship clock and weather station from Wempe Instruments’ Navigator II series. One could argue the iPhone is equally good at telling the time or the weather, but then again, if I had a net worth of $500 million, I’d want to buy a nautical clock to tell the time too!

Ive famously left Apple in 2019 to start his own design studio LoveFrom with fellow designer Marc Newson. He’s also the current Chancellor of the Royal College of Art, London. 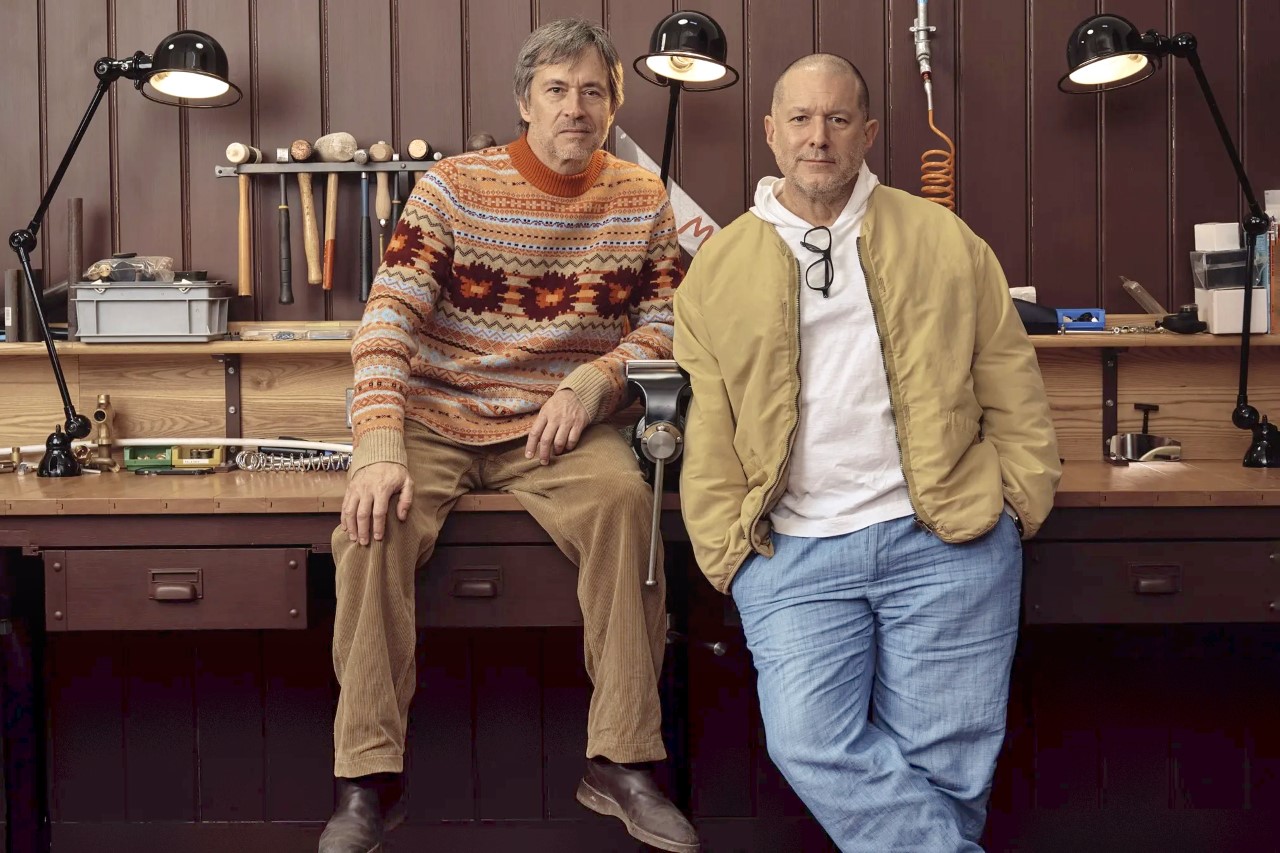 Back in 1999, Samsung launched the first-ever phone watch, SPH-WP10 so users could both tell time and make phone calls all from their wristwatches. Raising…

There’s something timeless about the CRKT Snap Lock Knife. For starters, looking at it, you probably wouldn’t have figured that this knife was in production…

Hacks on the Radio

How do you feel about participating in the manufacture of your next product purchase? Polish duo Maria Makowska & Piotr Stolarski from Gogo design have…