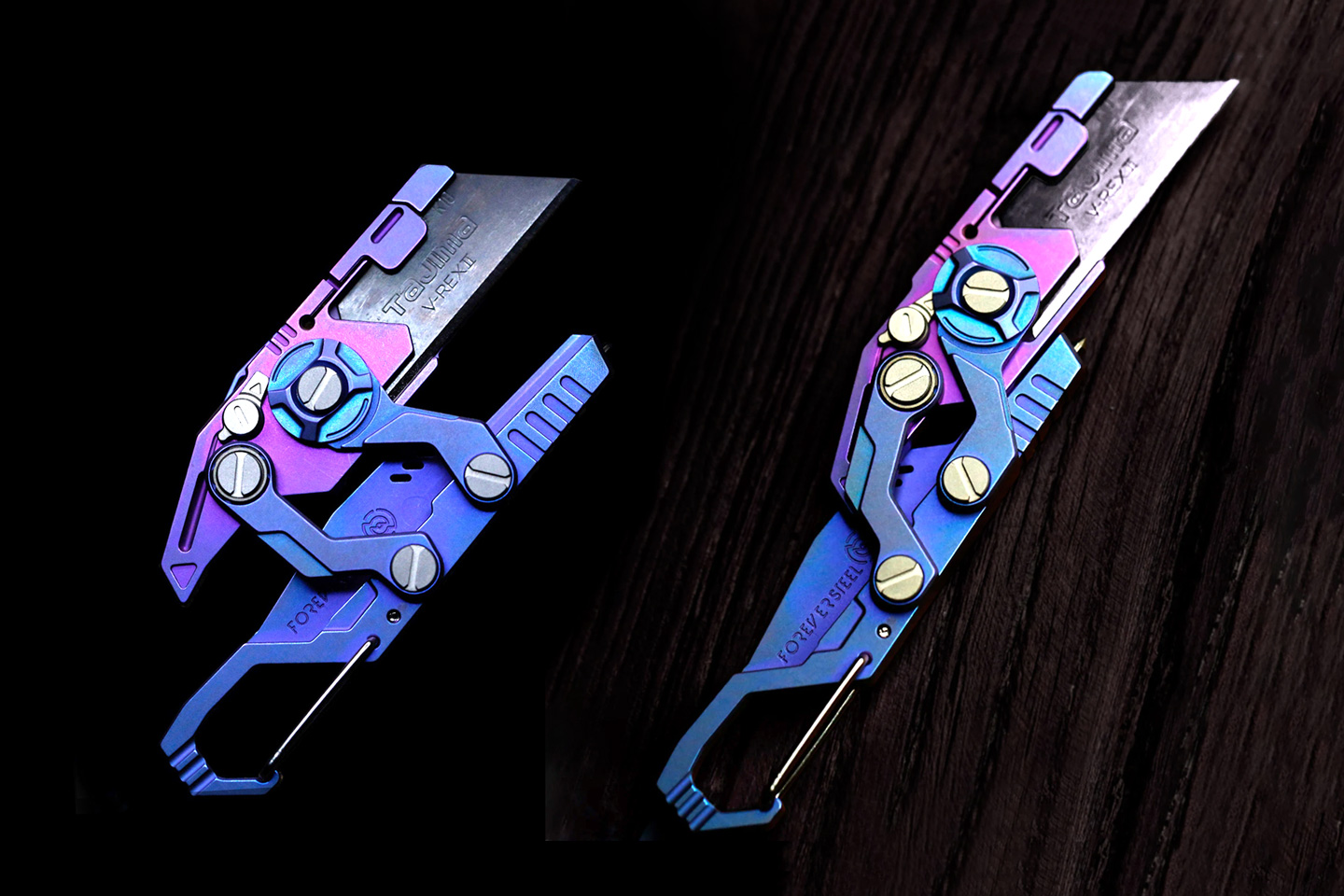 Looking like a prop from a sci-fi movie, the Grouper utility knife comes with a stunning design featuring a titanium construction, a parallel-linkage opening mechanism with ball-bearing pivots, and should you choose, an absolutely breathtaking rainbow finish. The knife, which measures a mere 4.3 inches (110mm) when closed, comes with a carabiner clip on one end, and a tungsten carbide glass-breaker on the other end. Open it out, and the now 6.2-inch-long knife reveals its TAJIMA V-REX II blade on the inside, perfect for opening boxes, slicing envelopes, or doing more rogue cyberpunk-worthy stuff like slicing wires and cutting seatbelts. 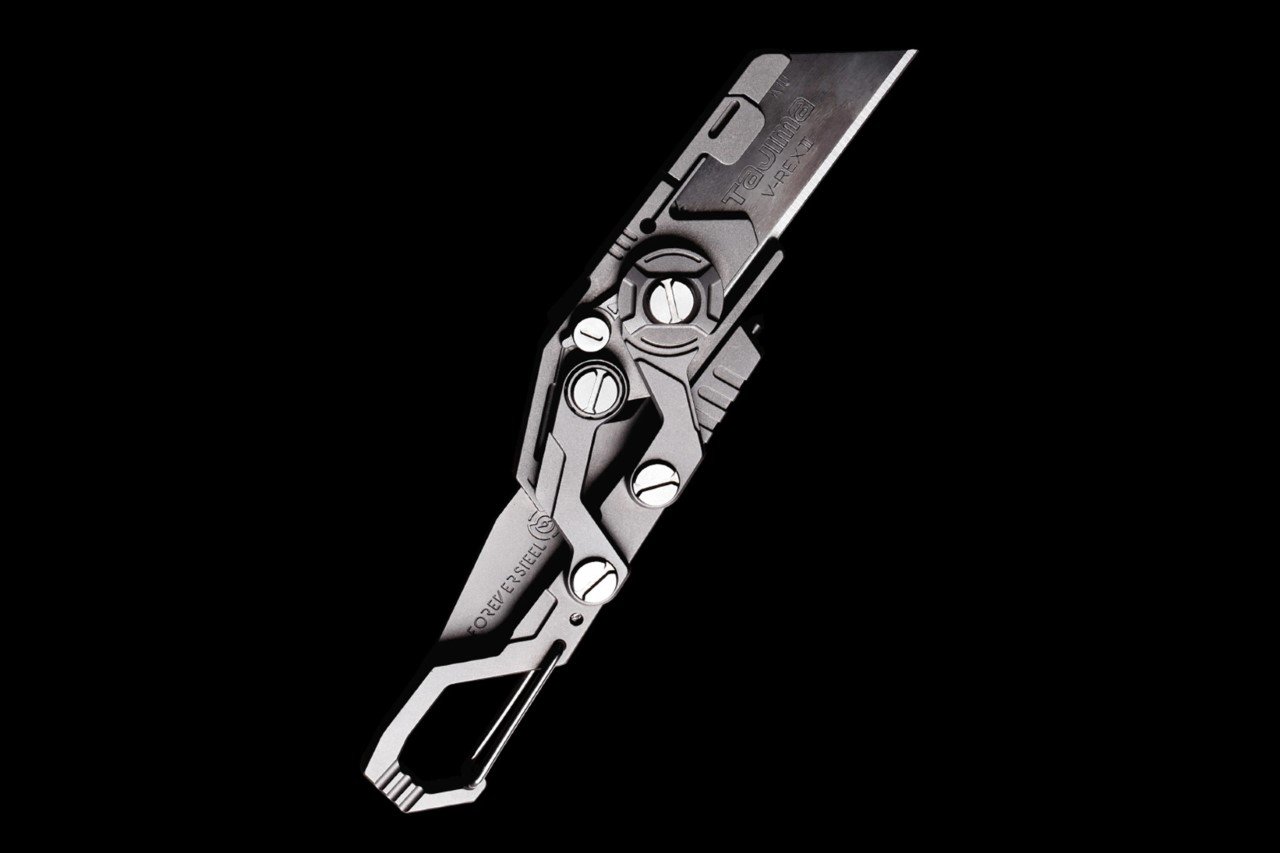 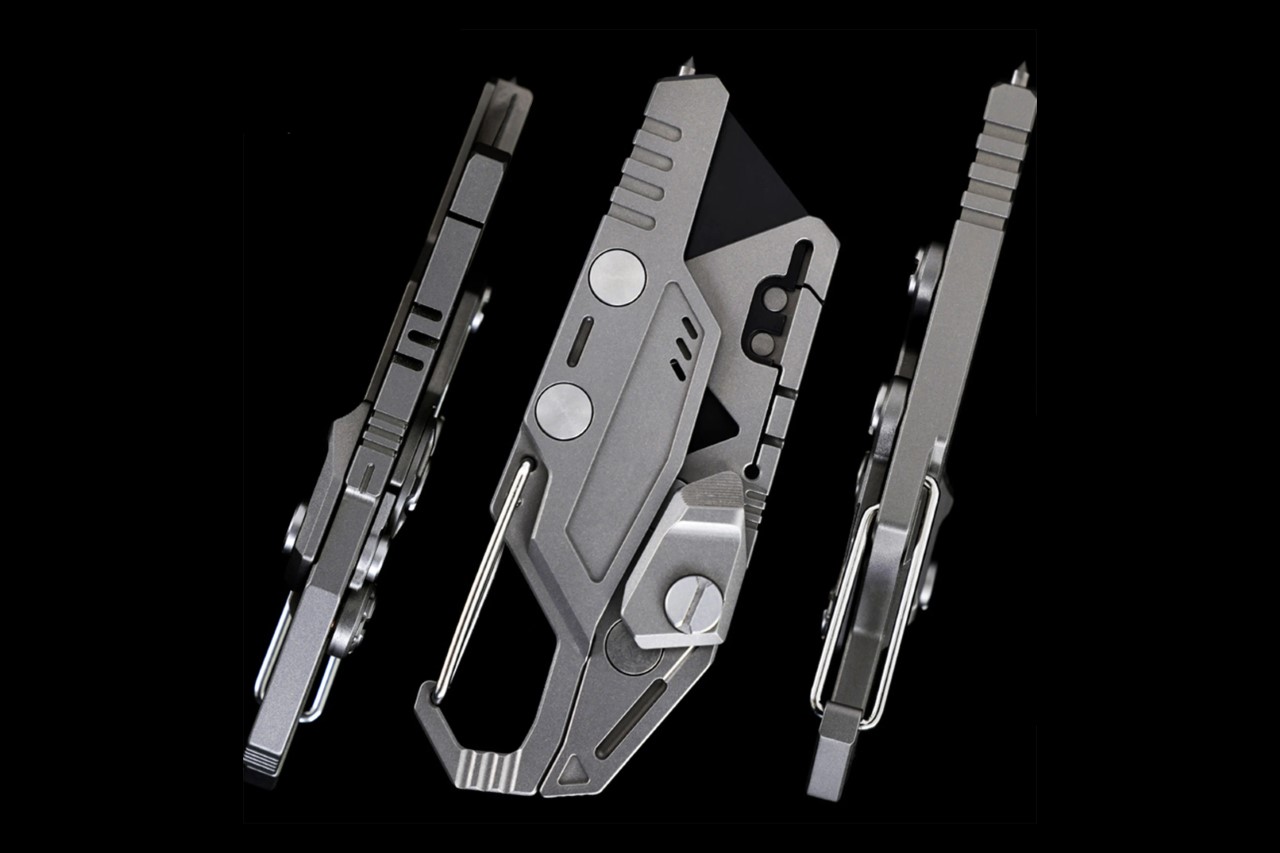 The Grouper is designed by Octavia Liu, who runs her own EDC Etsy shop out of her home and workshop in Xi’an, China. Like any of the EDC Liu makes, the Grouper sports a titanium alloy body that’s more than impervious to rough use.  The knife flips open and close in a unique style thanks to the linkage system built into it, and uses ball-bearing pivots for a smooth-like-butter operation that takes the knife a mere 0.5 seconds to open. Once open, a nifty locking clip on the top keeps the knife’s blade intact until you’re done and ready to close your Grouper. 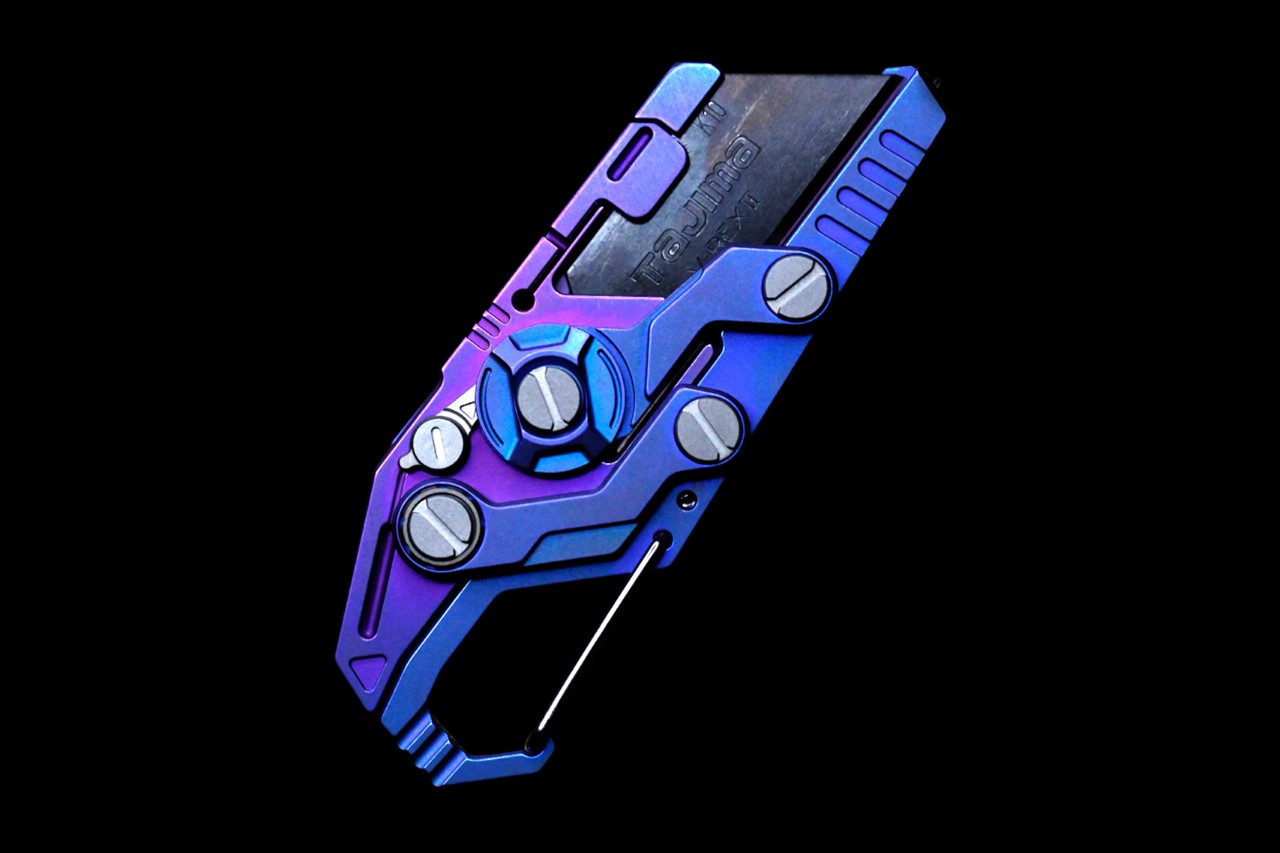 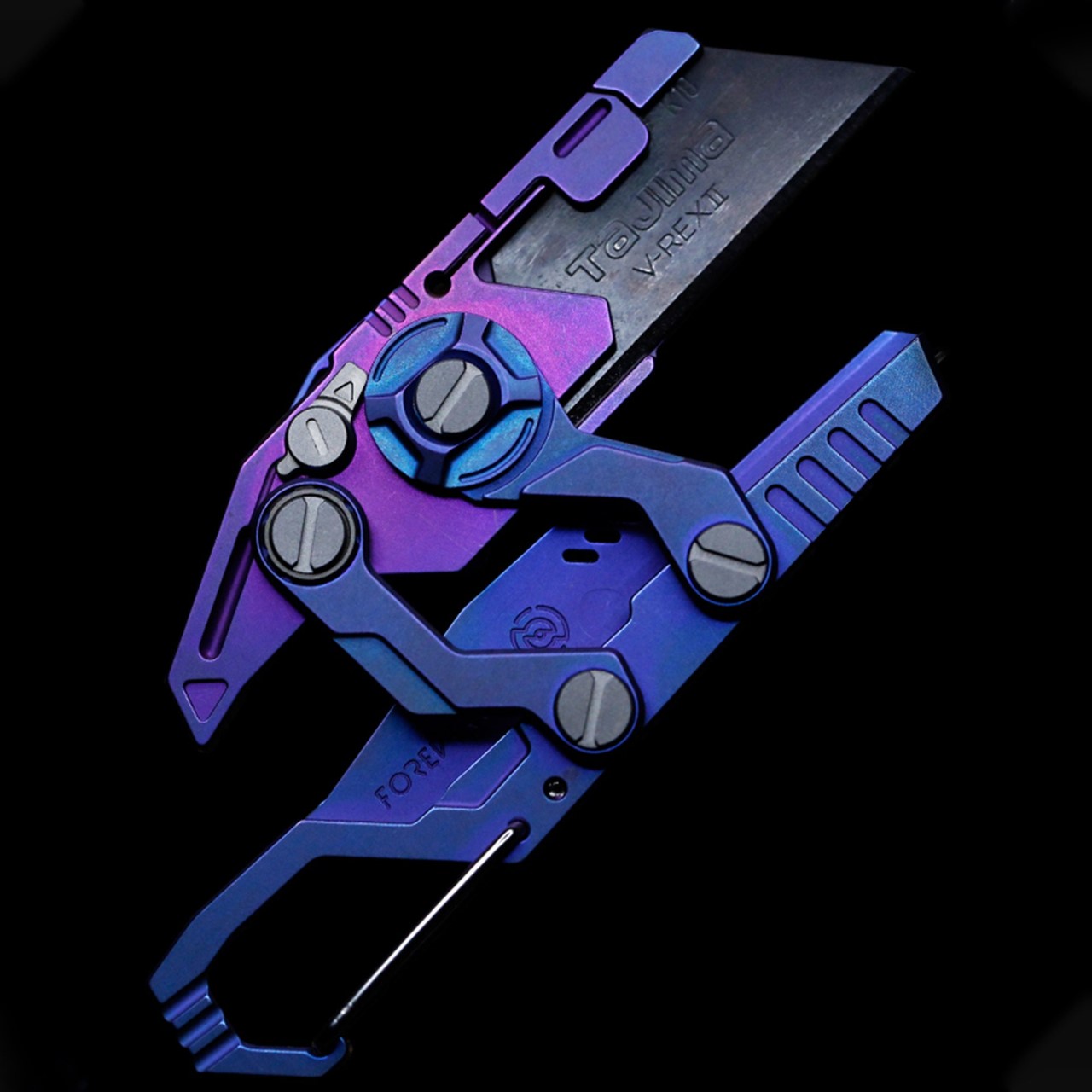 The Grouper Utility Knife is available in Silver, Black, or a Rainbow finish that’s a sure shot crowd favorite. This is achieved by a process of anodization that creates an everlasting coating on the knife that never dulls or peels off. 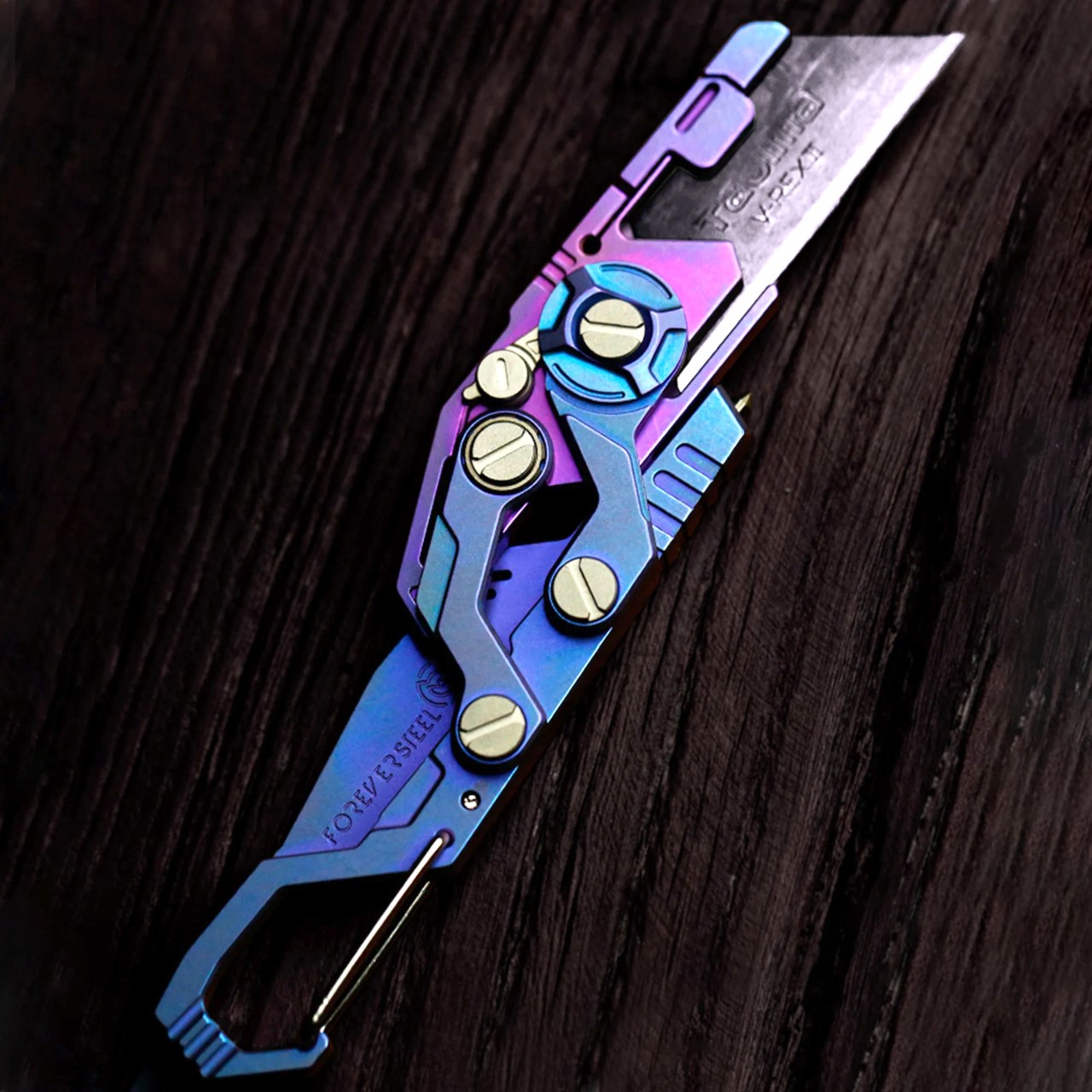 The Grouper uses a replaceable TAJIMA V-REX II tempered steel blade on the front. The blade’s sharp edge holds up wonderfully well against everything from cardboard boxes and tape to even tougher materials like paracords and seat belts. Designed as a utility knife with tactical and safety capabilities too, the knife even features a glass breaker point on its body that can be used for shattering windows during emergencies (combined with the seatbelt cutter this is quite the rescue tool).  The Grouper weighs a mere 78 grams (2.7 ounces) and easily fits into most pockets, but additionally also packs a carabiner clip on its rear end, for hooking to your backpack or around the belt loop of your pants. After all, is an EDC truly an EDC if it doesn’t have a carabiner clip? 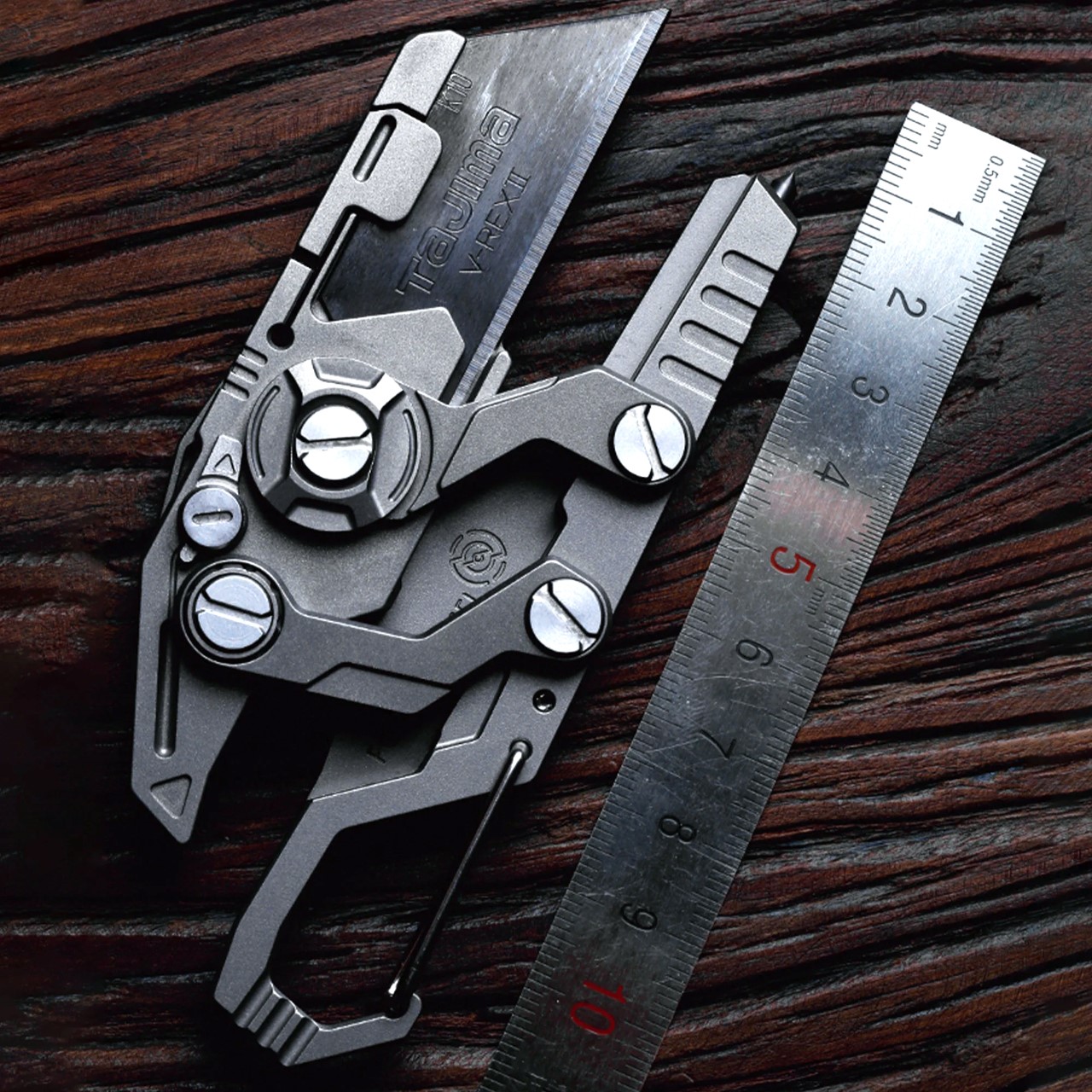 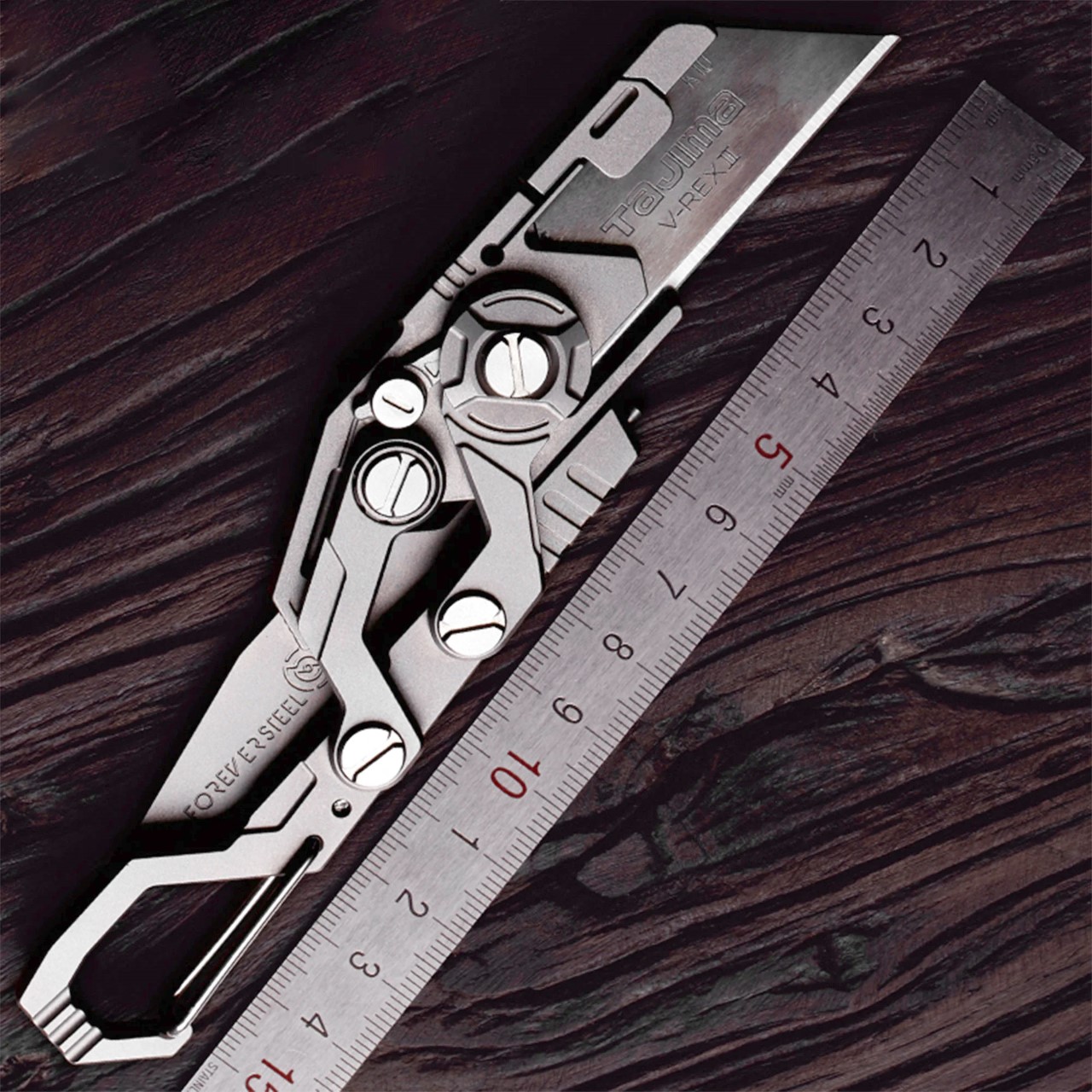 A fountain pen that never dries out? The answer lies in this pen’s redesigned cap

https://www.kickstarter.com/projects/inigo71/indigraph-fountain-pen The fountain pen hasn’t seen much innovation in the past decade aside from garnering a lot of interest on Instagram and Facebook with those…

The Link shoes are an eclectic mix of madness, creativity, and innovation!

I’ll be honest, I’m used to seeing some incredibly ludicrous designs. Floating phones that can take hands-free selfies? Sure. A side table that’s also a…

https://www.kickstarter.com/projects/evolutionwear/fast-solar-charging-that-fits-in-your-pocket It’s a solar panel that’s designed and engineered to charge your phone, tablet, DSLR, drone, or even your 14W laptop. It does so at…