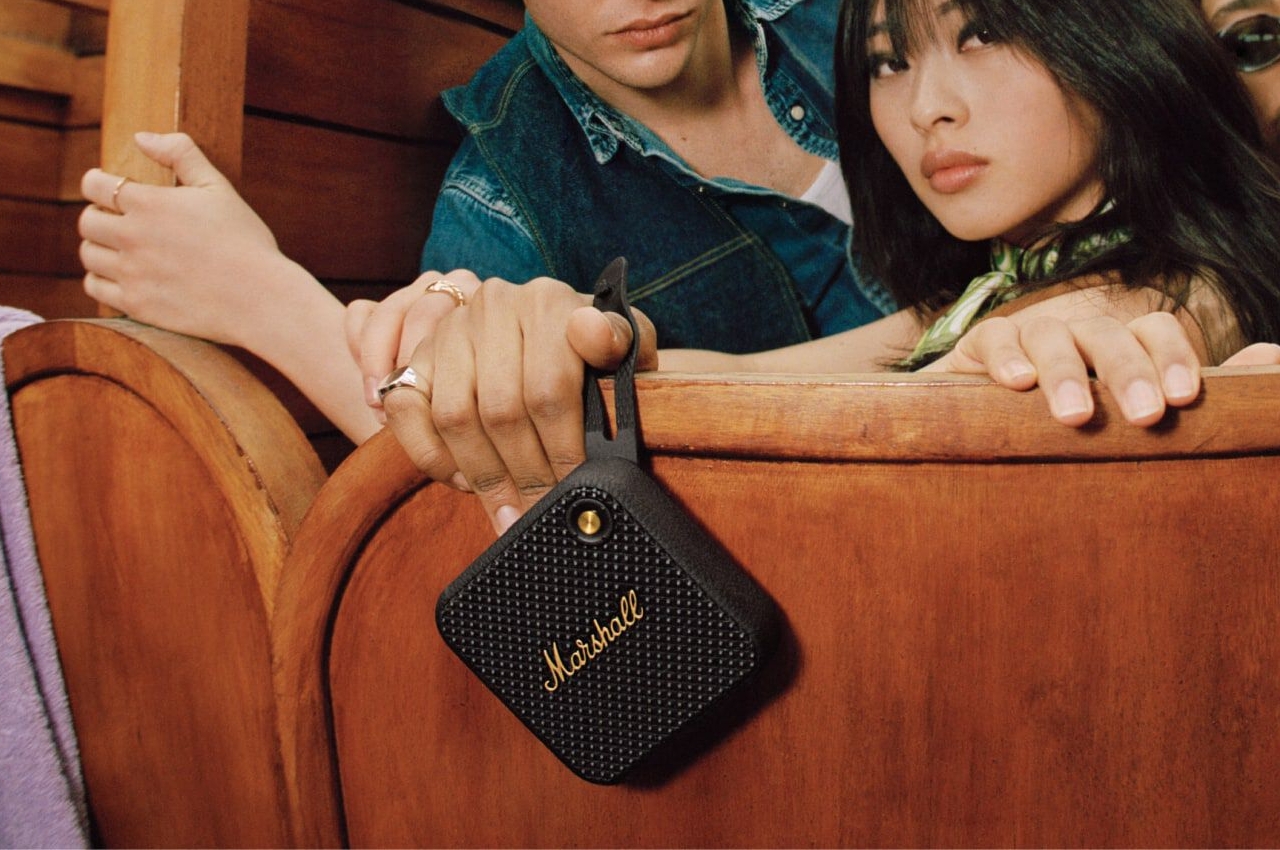 Probably better known for its guitar amps, Marshall has joined the Bluetooth speaker party in the earlier parts of the decade, bringing its signature design language to homes and on the road. Although it has quite a number of these audio devices under the heading of “portable,” Only the Emberton (both generations) can really lay claim to that title, at least until now. Joining the growing number of ultra-compact wireless speakers in the market, Marshall is announcing the newest member of its family that comes in an even more convenient package that belies not only its durability but also its more sustainable origins. 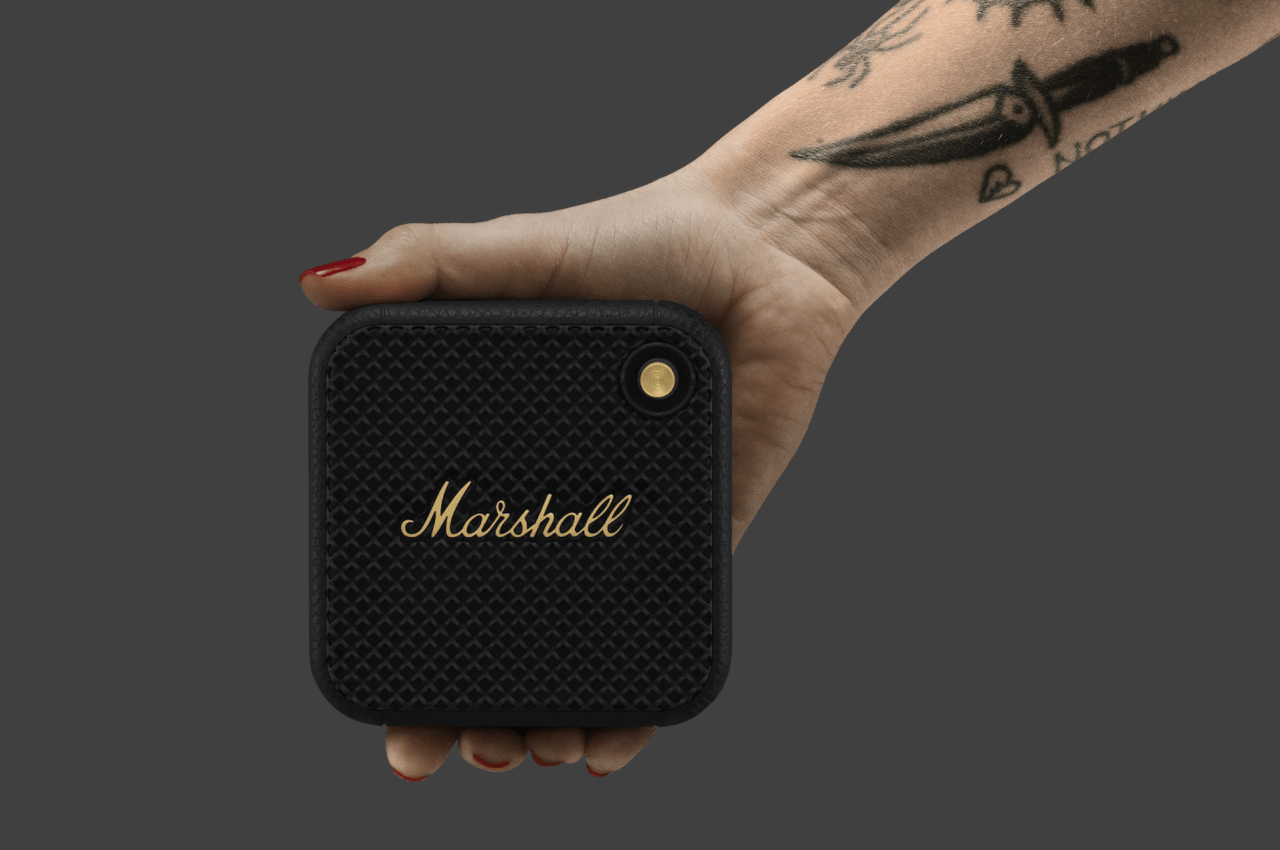 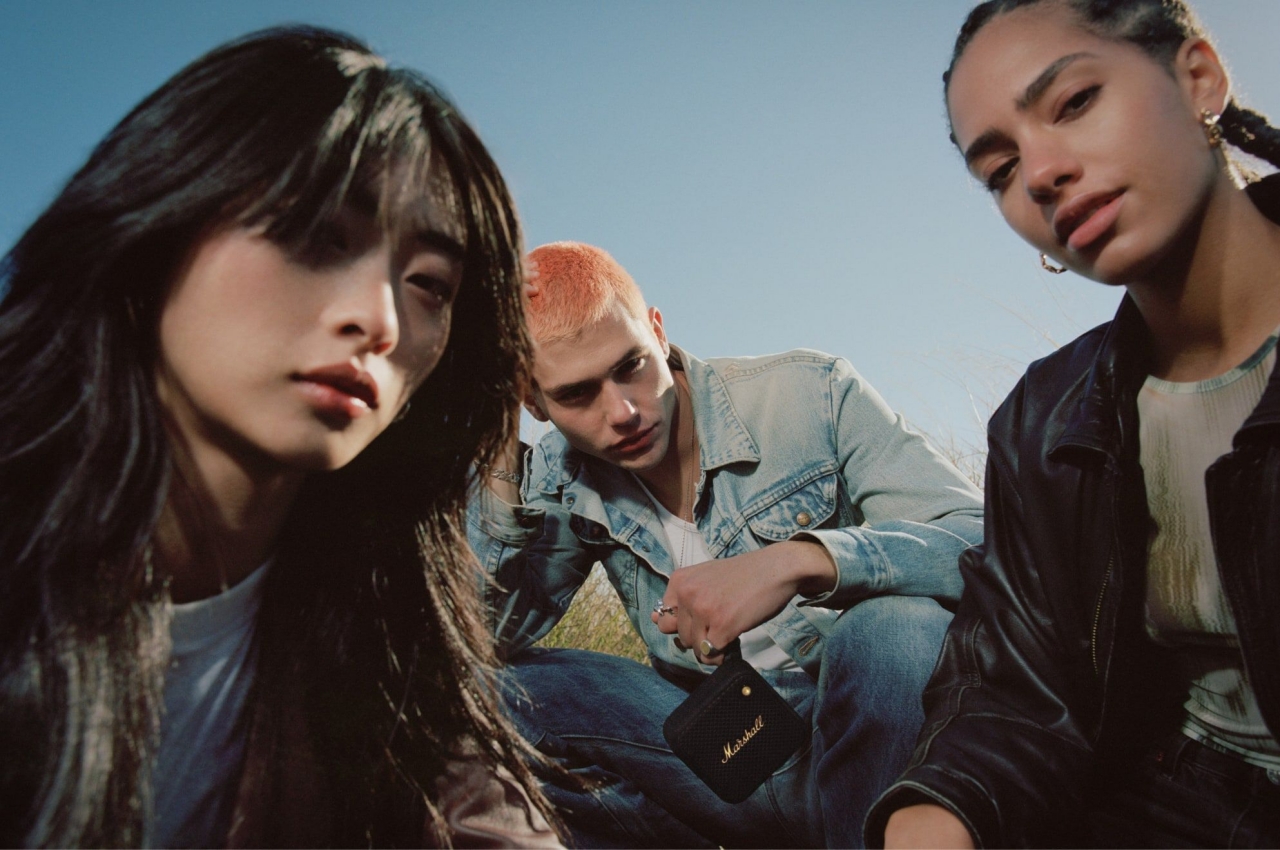 Marshall’s amps are famous for the crisp and smooth quality they produce, and some of that has rubbed off on its speakers. Not everyone, however, might be in the market for something big and bulky, even for a more portable Emberton II. That’s why the brand is now trying its hand at something even more compact that’s also built to withstand the sometimes rough lifestyle of younger crowds. 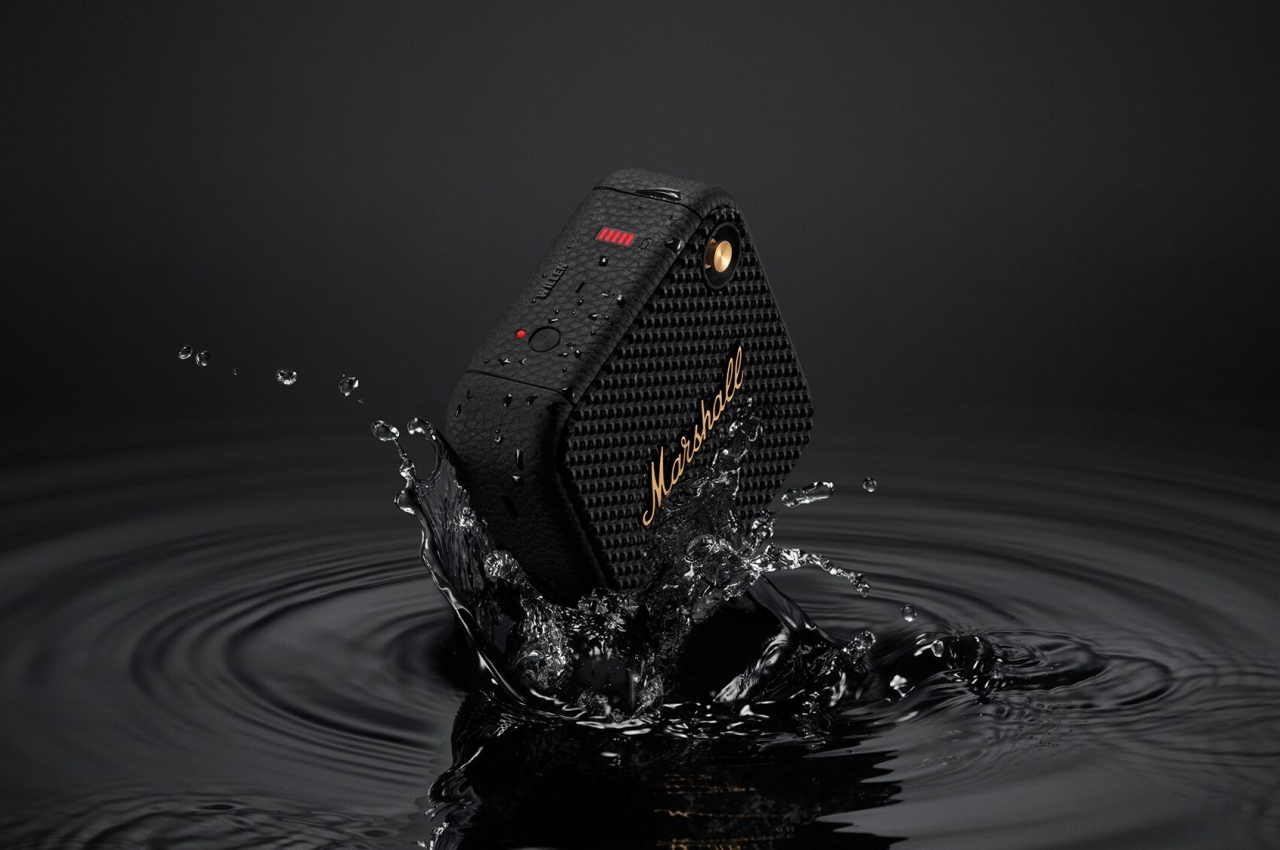 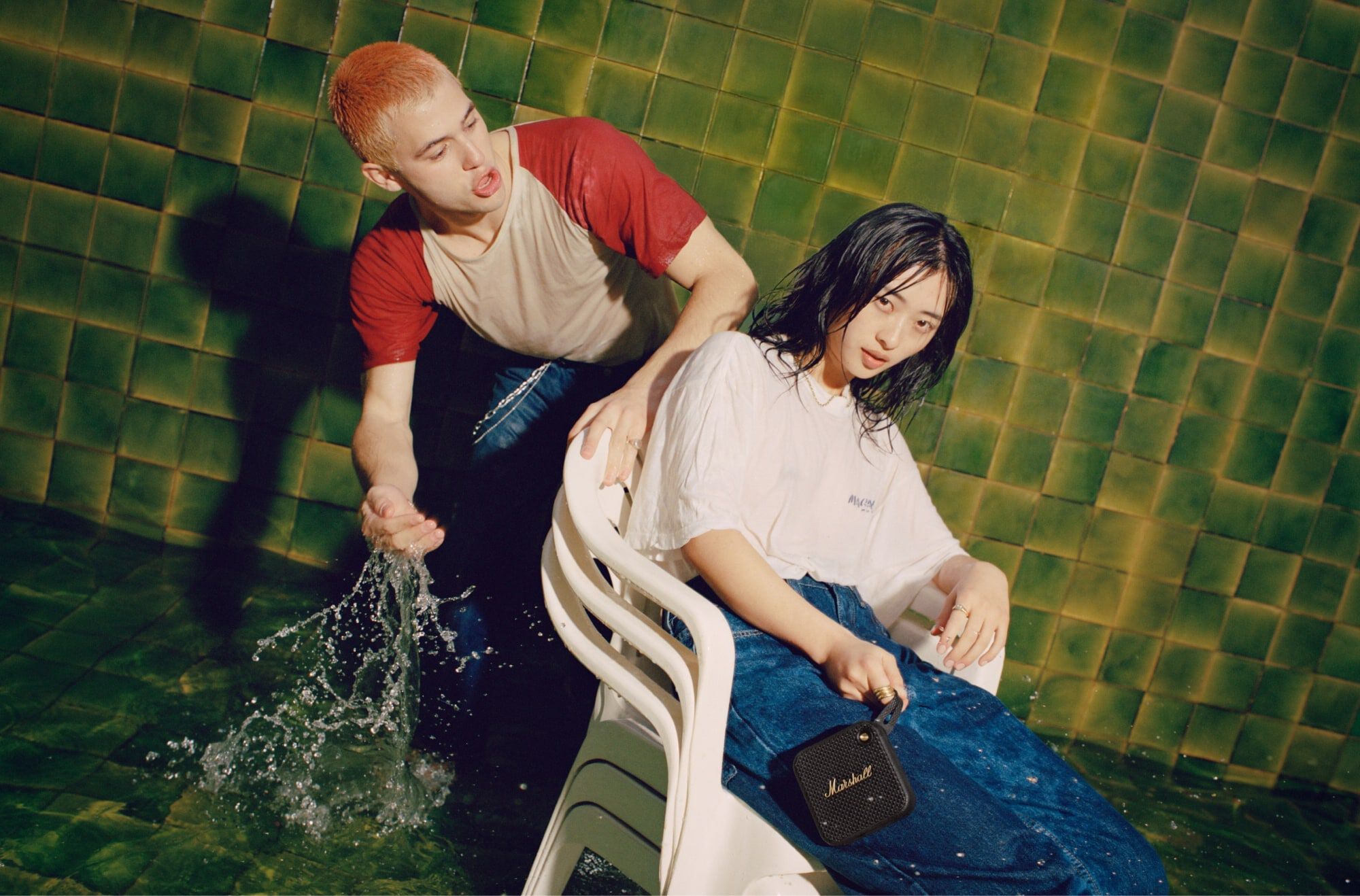 This small block crams a 2-inch 10W full-range driver and two passive radiators inside a stylish package that bears Marshall’s signature look of a predominantly black surface overlaid with brass accents, including the brand’s name. There’s also a Cream colorway coming that offers a lighter hue on all sides except the back. 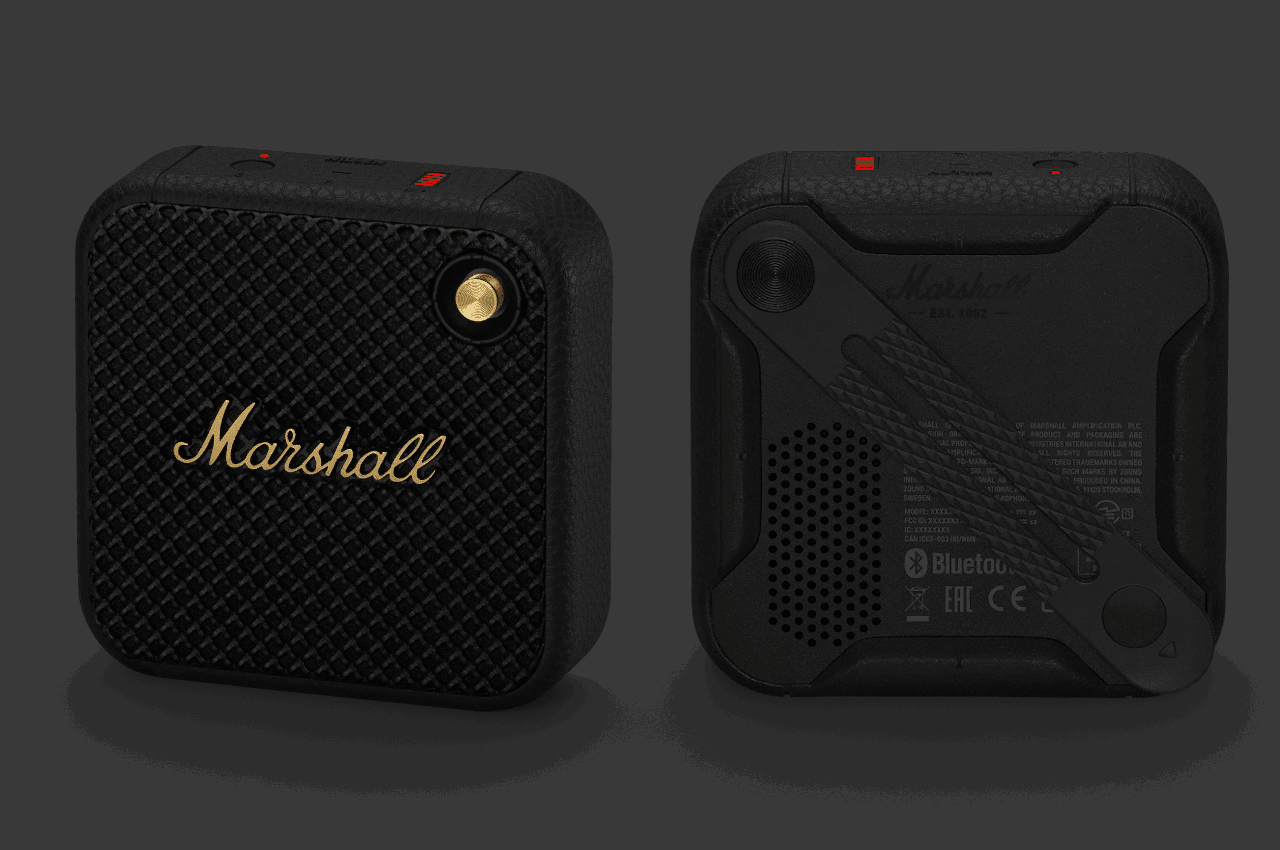 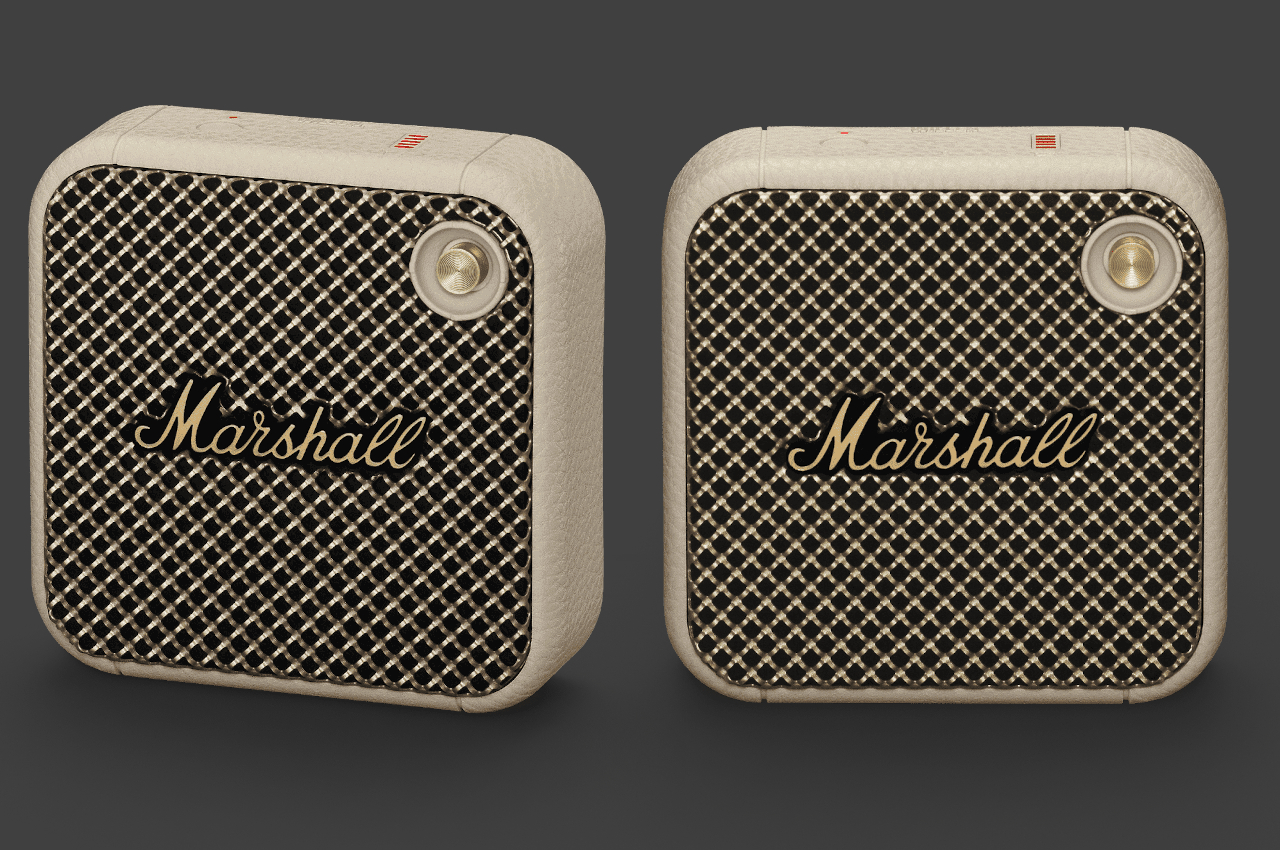 In addition to looking more handsome than a typical Bluetooth speaker, the Willen also has an interesting story to tell about where it comes from. Its rugged body is advertised to be PVC-free, and 60% of the plastics that it does use are made from recycled post-consumer electronics. It’s a smart way to introduce younger people to more sustainable products, proving that they don’t need to compromise on quality and performance for something that is also friendlier to the environment. 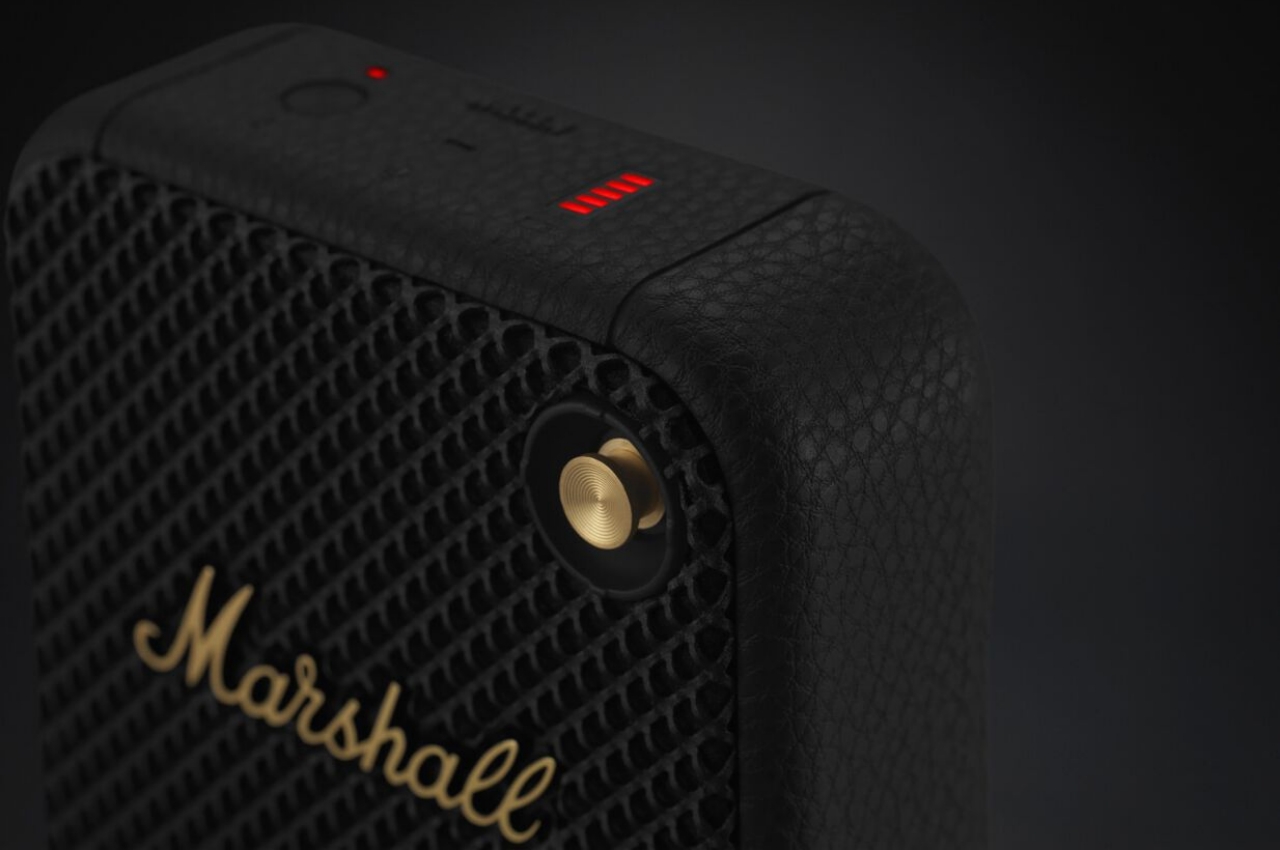 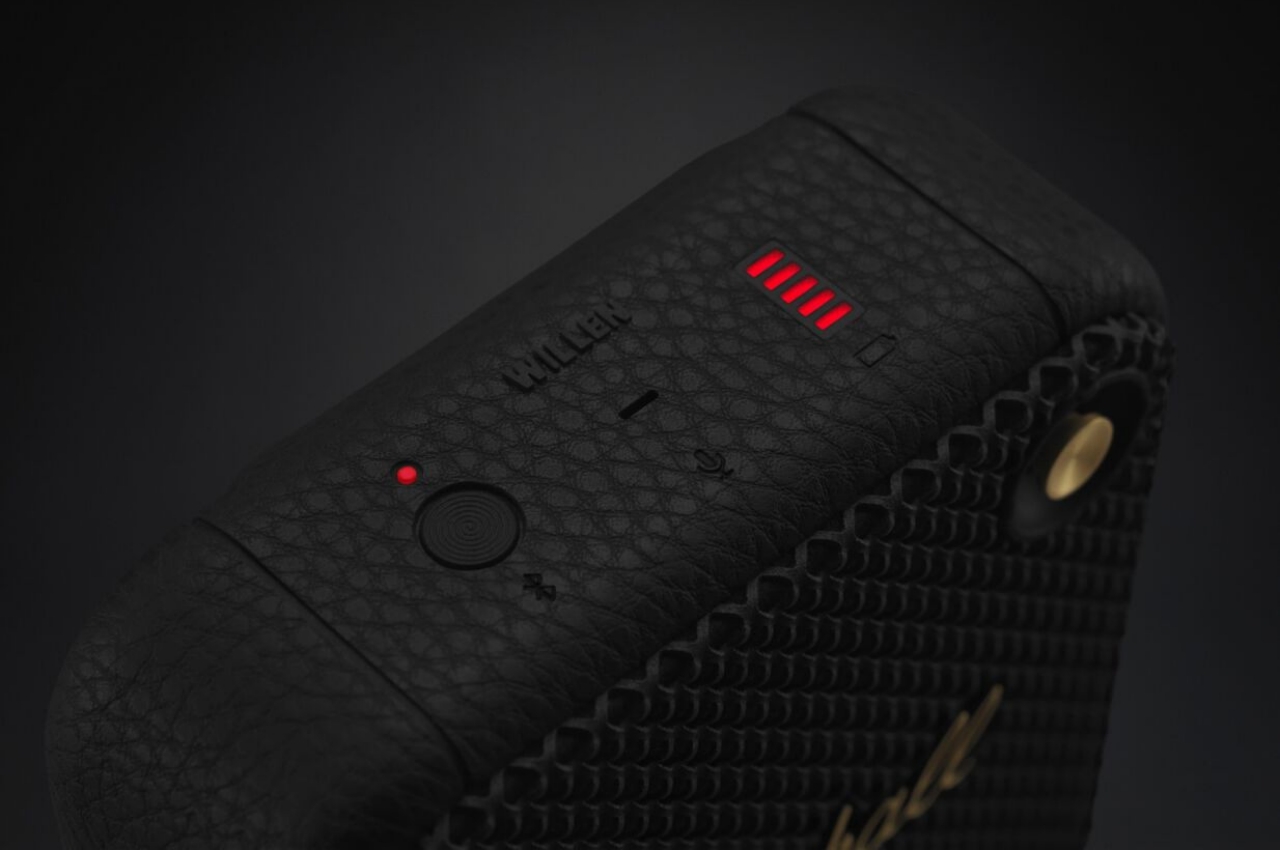 That PVC-free body brings an IP67 rating to the Marshall Willen, which simply means it’s going to survive an accidental splash in the pool during your party. The rubber strap on its back makes it easy to carry the speaker around, but it also allows you to fix it on a pole or bar. Given its rather flat edges, the Willen can be propped up on its own or laid flat on any surface, freeing its users from having to worry about where to best place the speaker. 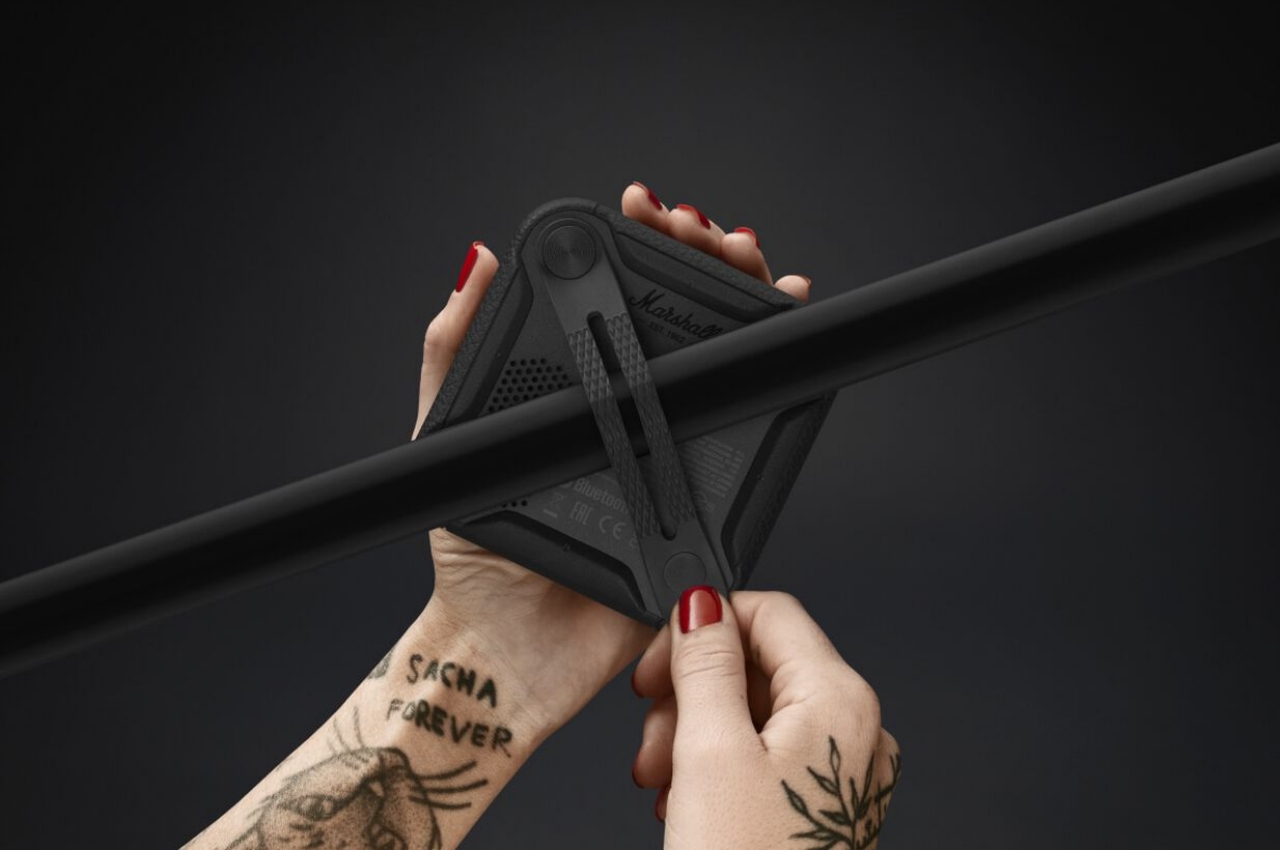 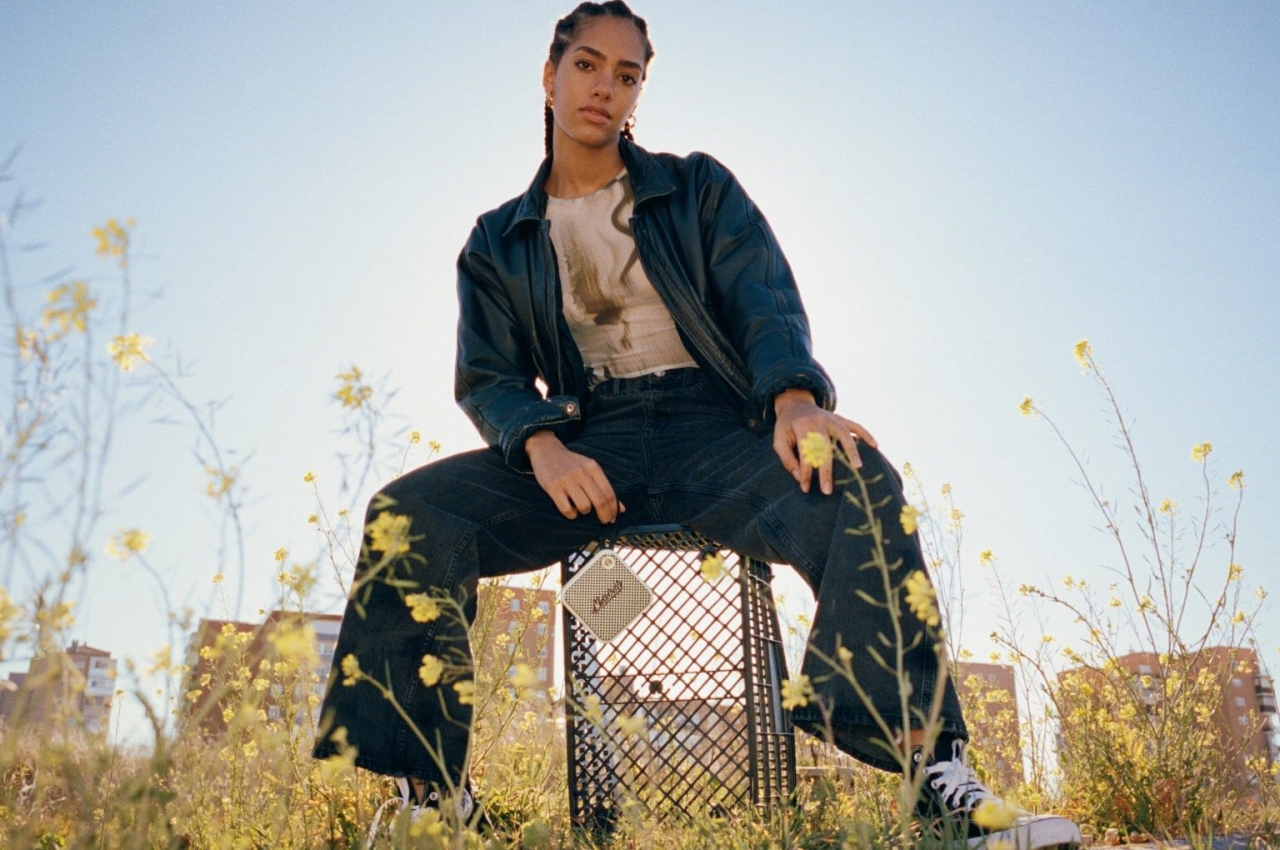 As a Bluetooth speaker, the Willen has a variety of features that can be unlocked with a smartphone. In addition to the typical support for streaming content from a mobile device, it is also possible to take hands-free calls thanks to its built-in mic. And just in time for its launch, Marshall also announced a new Stack Mode that lets owners increase the intensity and range of the Willen by wirelessly connecting it with other Willen speakers. The Black and Brass Willen will arrive on June 2 with a price tag of $120, unsurprising for a speaker from this marque. The Cream variant, however, is still promised to come sometime in Fall. 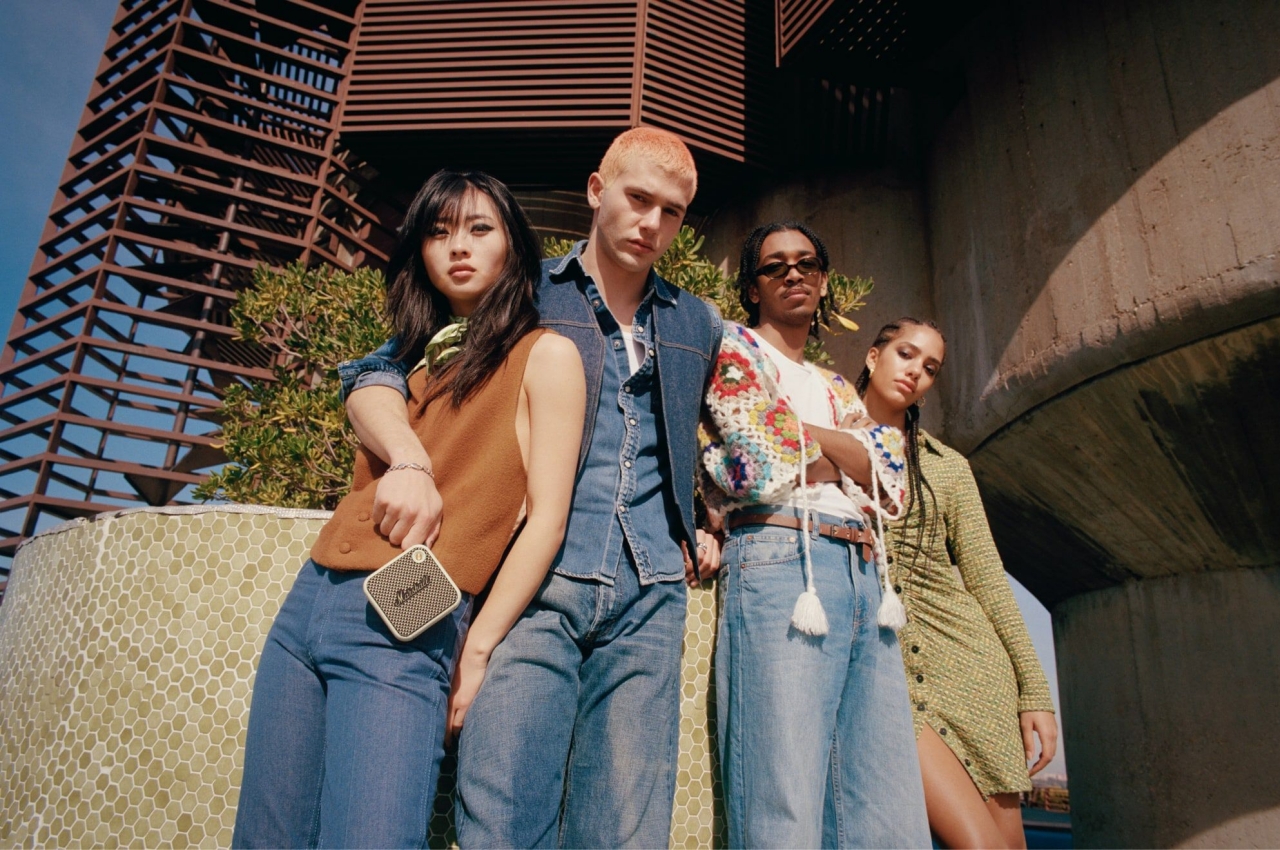 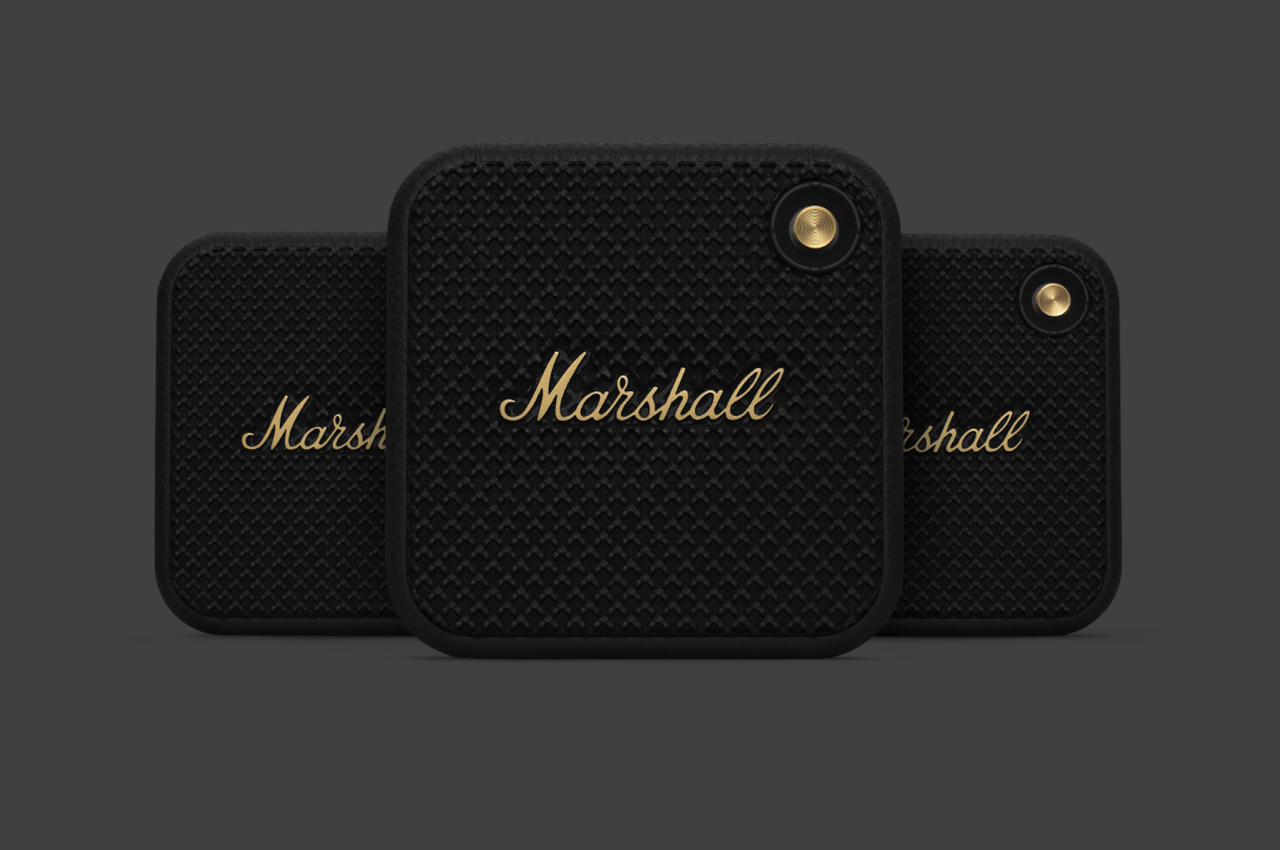 With the Safe Tag in use, you can walk into a smartphone retail store, pick up a phone of your choice and roam around the…

https://www.kickstarter.com/projects/lupepablo/lupe-cordless-vacuum-cleaner-powerful-enduring-flexible/ With a background in vacuum technology from perhaps the leading innovator in the domain, the creators of Lupe have a reputation that speaks for itself. Having…

Bang & Olufsen was founded by Peter Bang and Sven Olufsen in 1925, starting with manufacturing radios and growing to become one of the world’s…

With more and more urban dwellers opting for bicycles over cars, it’s to be expected that more riding accidents between regular traffic and cyclists will…