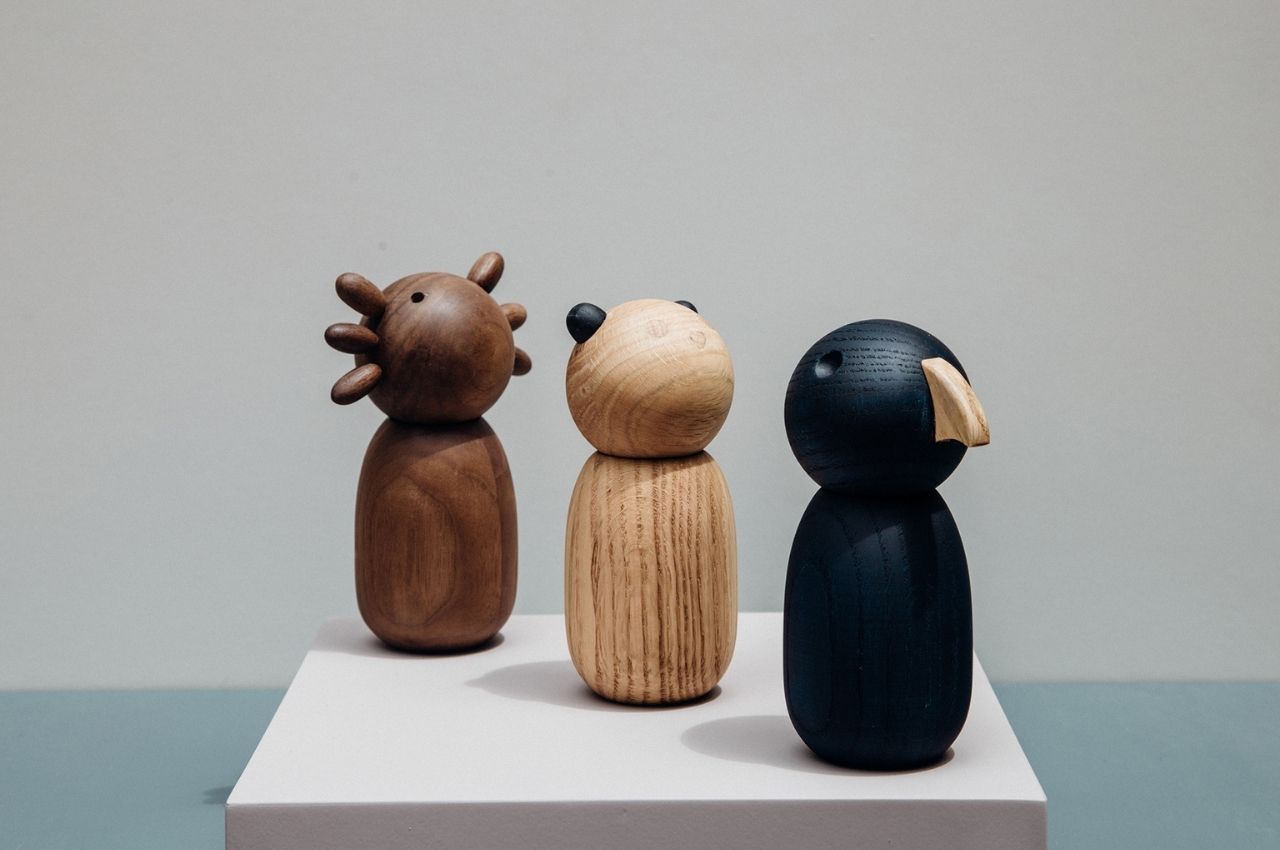 There are a lot of endangered species in our world right now, whether they’re flora or fauna. Some of these we’re already familiar with due to various campaigns from ecological organizations. But there are a lot that we may not know are already on the endangered list or we don’t even know they actually exist. Products that bring awareness to these and that are made from eco-friendly materials are always welcome to bring awareness and also to hopefully convince people to change some of their eco-harming habits. 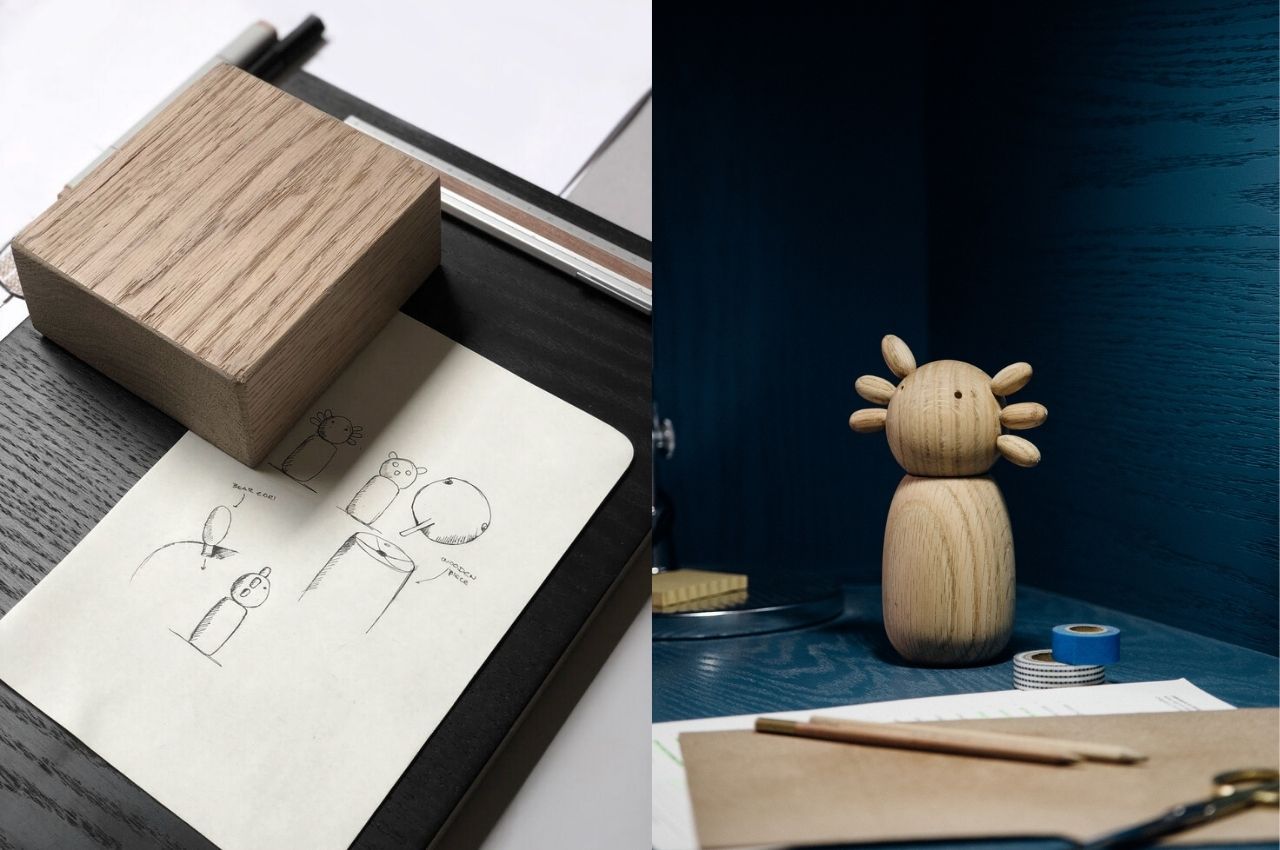 These two designers decided to “abstract the essential form” of three particular animals that are currently in the endangered list in Mexico and Latin America. All these figurines are made using low-tech machinery and natural materials like oak and walnut. The main purpose of these concept designs is to have something on your desk to remind you of these almost-extinct animals and to have a piece of art at the same time.

Hearing the word “water monster” brings to mind the mysterious Loch Ness or other horror movie creatures. But there’s an actual animal called the axolotl or the Mexican water monster or walking fish that is in danger of just becoming a part of history or even mythology. This is an amphibian that can regenerate its limbs and some of its vital organs, something that is of interest to the medical community. But by this year, it is believed that the water monster will be extinct as it has disappeared from its natural habitat. The figurine they designed recreates its gills by giving it six limbs on top of an elongated body. 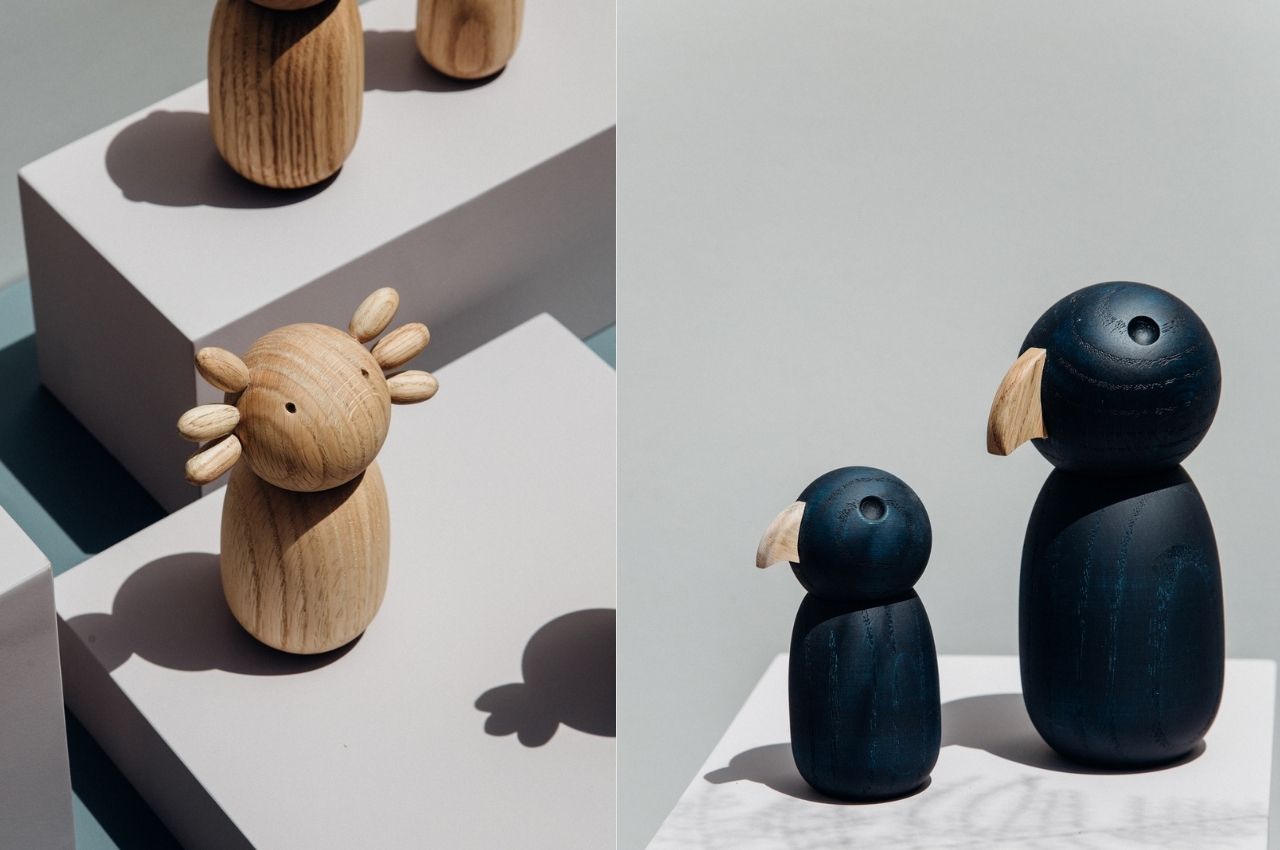 The Andean bear meanwhile is currently endangered due to poaching and loss of its natural habitat. There were only around 18,250 of these so-called spectacled bears as of 2004 and the numbers have been getting smaller over the years. They are important to the Colombian and Argentinian ecosystem as it opens trails that helps the mobility of the other species. The abstract rendering of this mid-sized bear is a simple brown bear-like body with black ears. It is made from solid French oak or American walnut.

The last one in this fauna series is a bit more familiar to most of us who have watched the animated movie Rio. Unfortunately, the blue macaw that was the inspiration for the movie is now officially extinct since 2018. The good news is that there are still several species of macaws in the world but even they are in danger of becoming extinct. Their interpretation of the macaw is a dark blue colored bird with a brown beak. 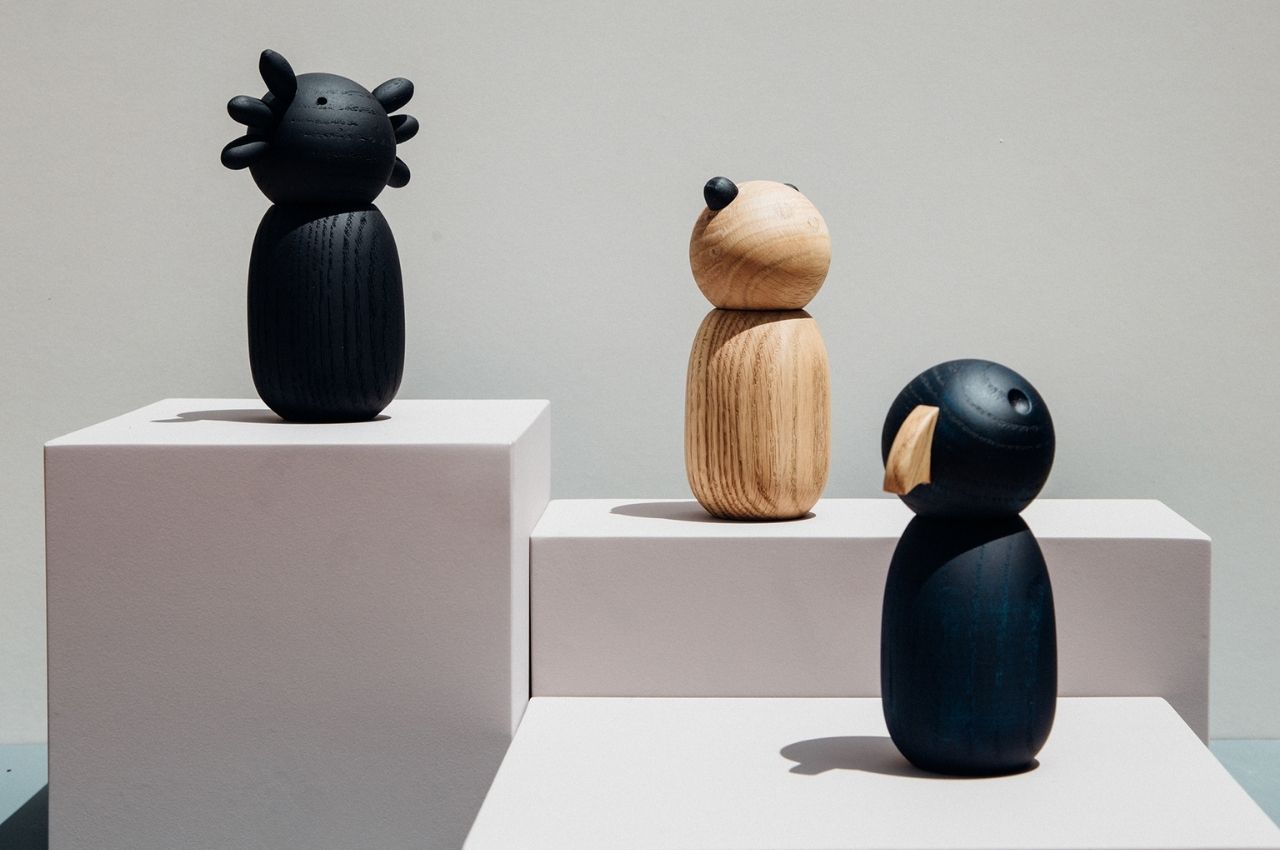 Humans have proven to be creative and imaginative creatures, producing ideas and designs that can blow minds and inspire spirits. Despite all our advancements and…

Inspired by the Middle East, rotating discs tell the time on this watch!

Home Traveller is the result of an exploration into the relationship between two items rarely fused together: clothing and furniture. Inspired by handbags and storage…