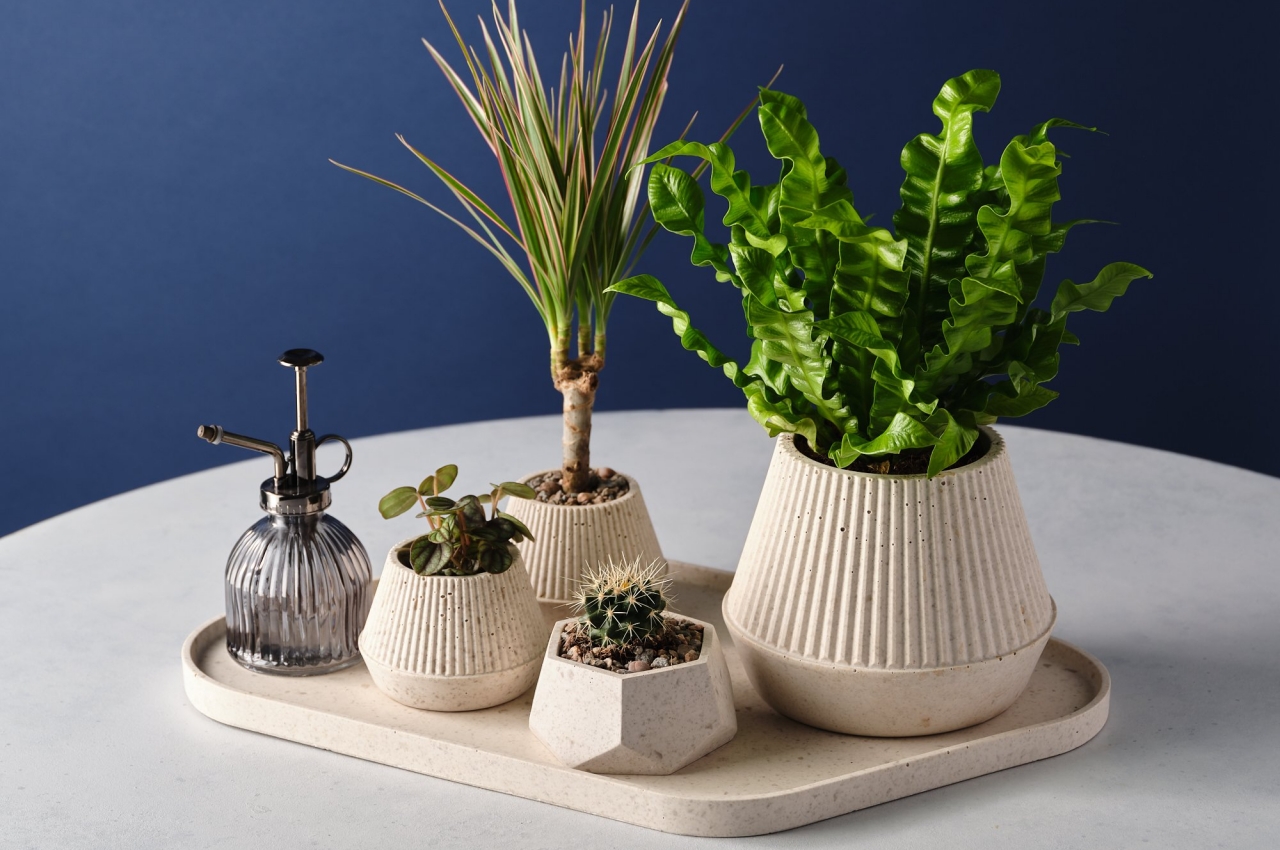 Some people joke that the world is fueled by coffee, but there is actually some truth to that. Health experts might be divided on the effects of the cup of liquid energy, especially in the long term, but there’s no denying that plenty of people depend on even just a single cup to get through their day. Unfortunately, the increasing demand for coffee and coffee-based drinks is negatively affecting the planet more than our bodies, thanks to various forms of waste related to the coffee economy. Thankfully, there are a few creative people who are finding ways to curb coffee’s negative impact on the environment, like turning used coffee grounds into home accessories that are not only beautiful but also functional as reminders to live a greener existence. 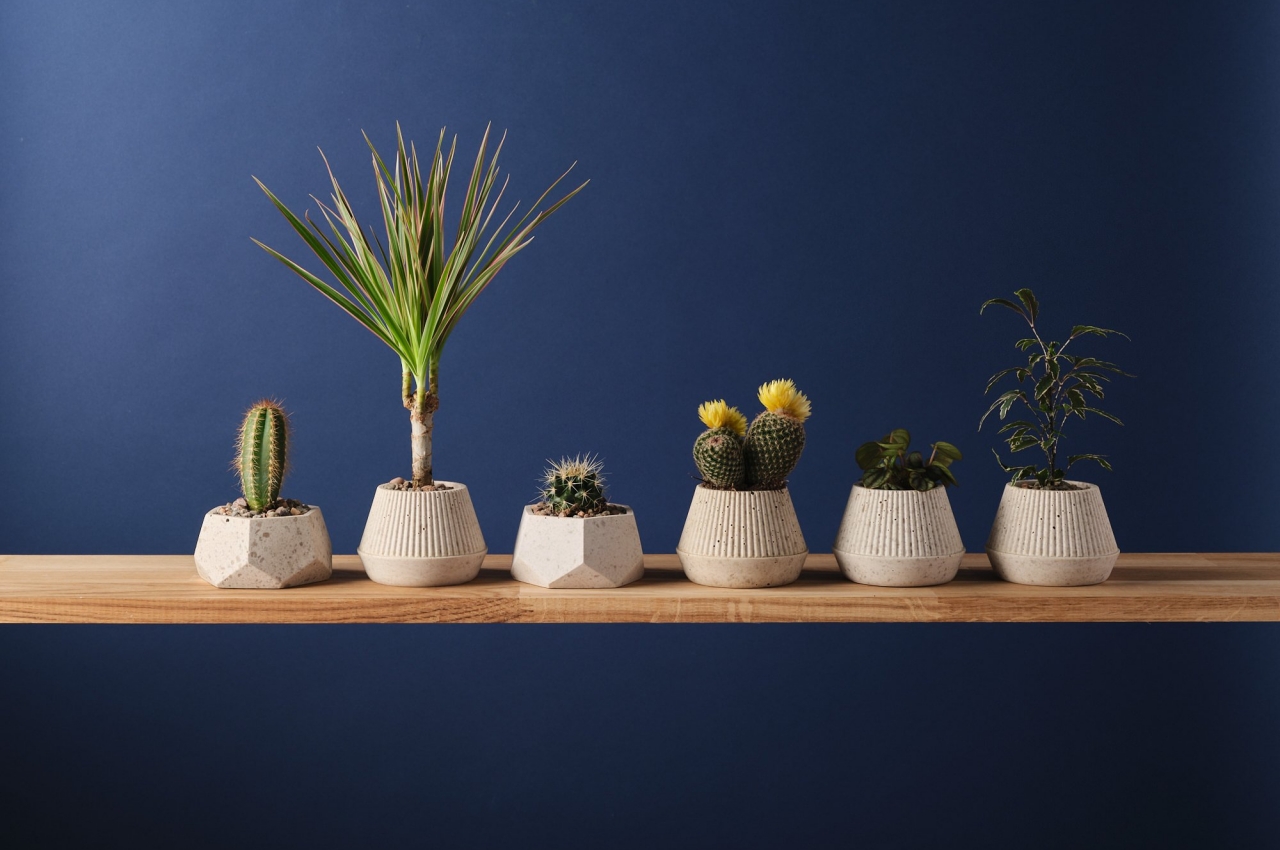 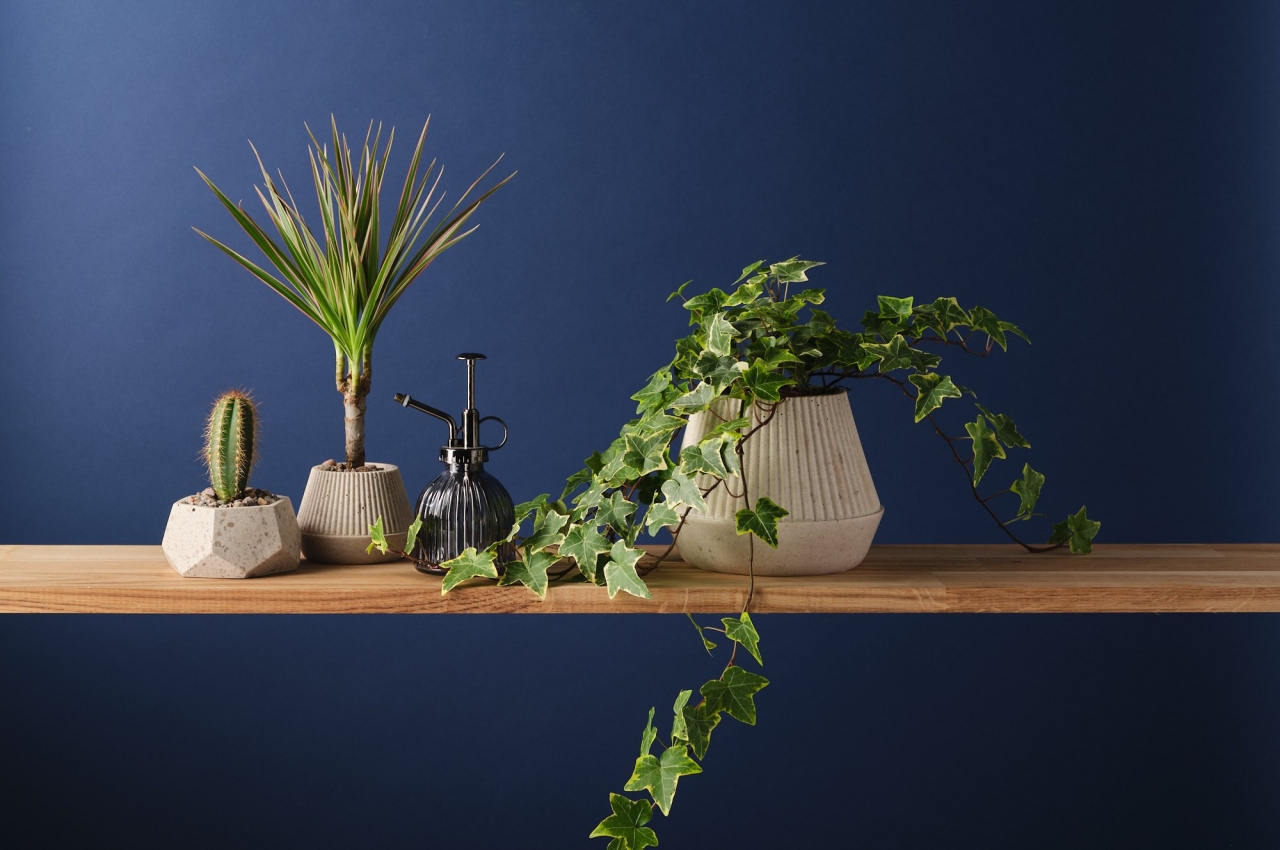 It’s easy enough to downplay the effect of coffee grounds on the planet. After all, they sound less harmful compared to the plastics and other materials used in delivering coffee in a cup. This organic material, however, does emit methane in landfills, contributing to one of the most potent greenhouse gasses that, in turn, further global warming. Given how much people use coffee today, that situation is probably going to get worse. 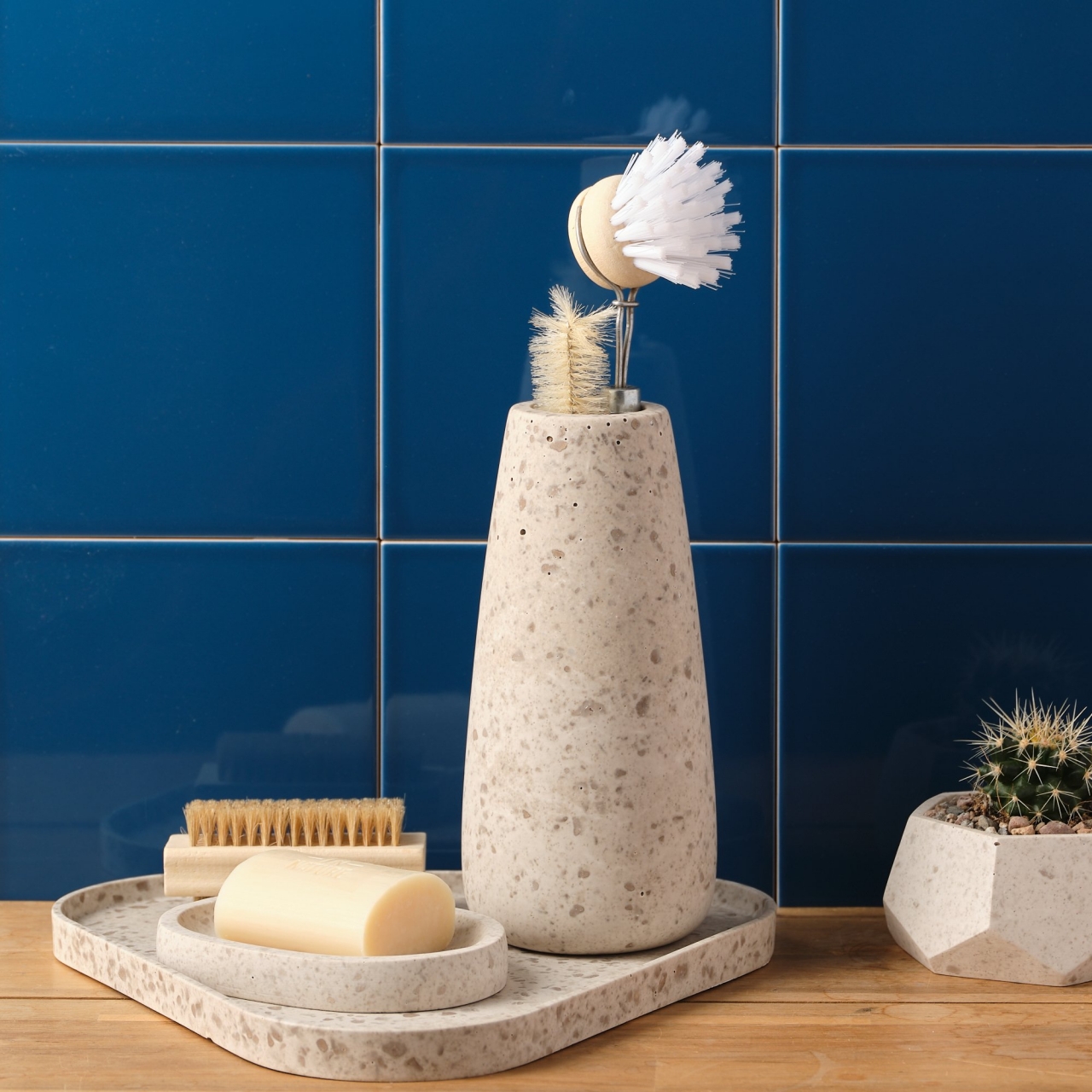 What makes this even more tragic is that coffee grounds actually still hold a lot of value even after they’re used. Not only do they still contain various aromas and flavors, but they can also be used as raw materials for creating other objects. They don’t have to go to waste, for all meanings of the word, and it takes only some motivation, creativity, and access to equally sustainable materials to turn waste into art. 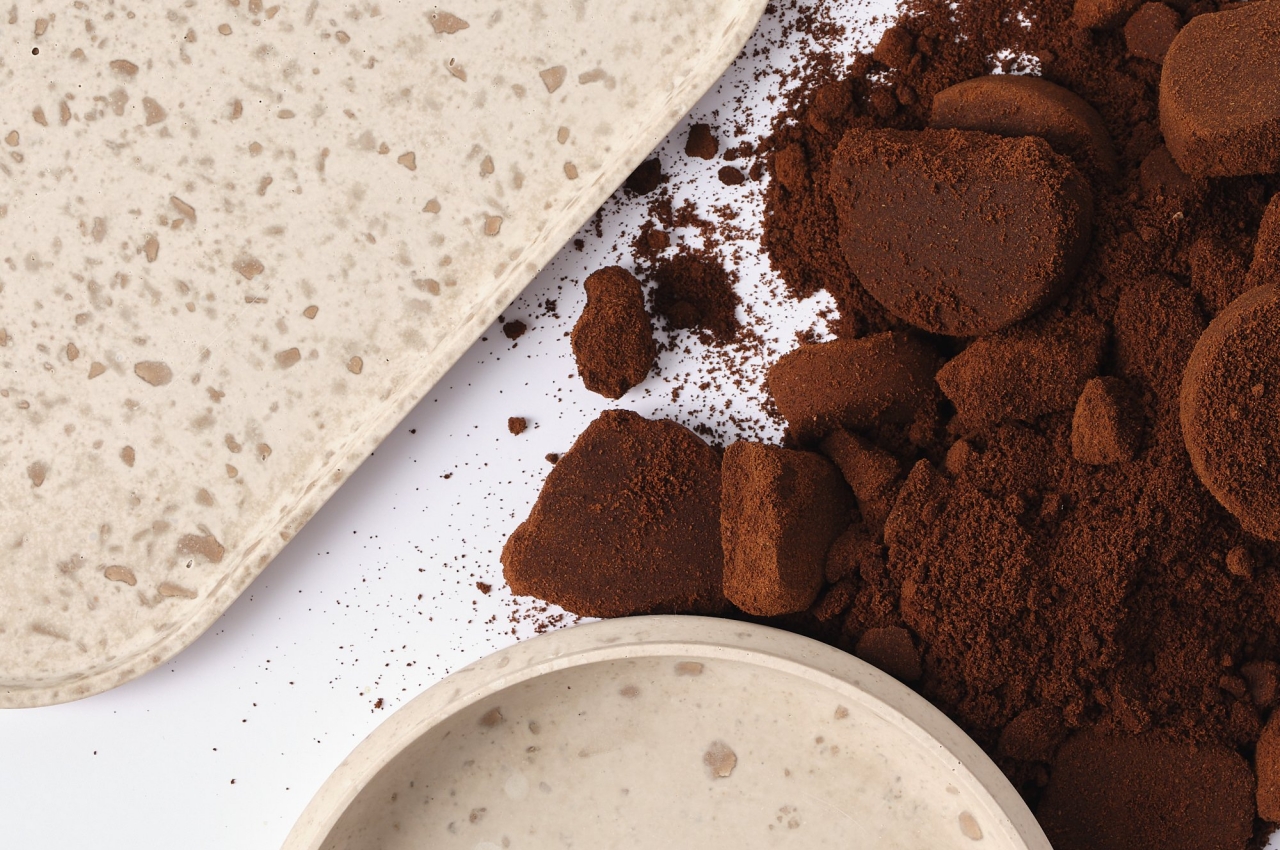 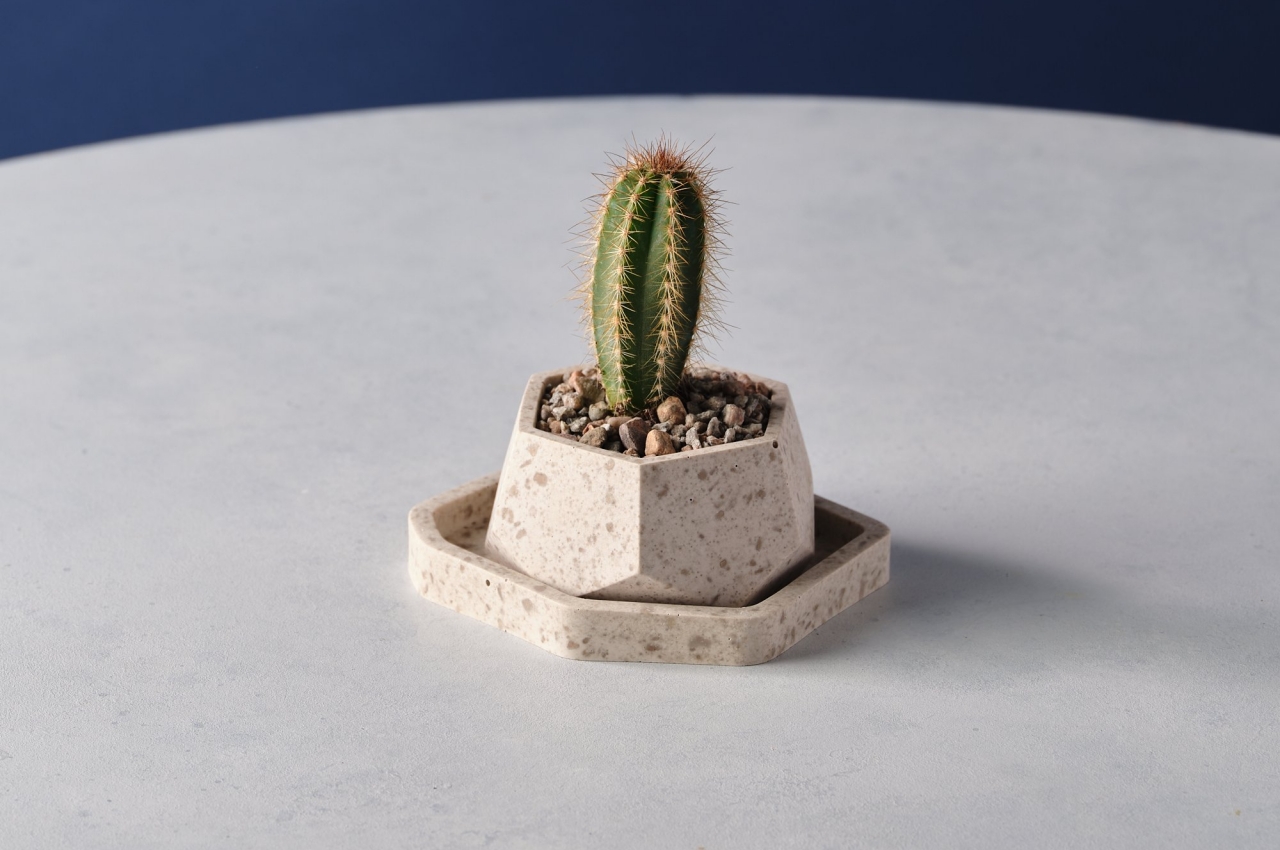 Sarah Christensen has started creating everyday homeware out of these spent coffee grounds, but that material alone doesn’t exactly work well for solid objects. The designer also had to use Jesmonite, a popular eco-friendly, VOC-free, and non-toxic alternative to resin-based products. Coffee grounds are cast into sheets to be stored for later use and then later broken into chips. These serve as composite material for the objects ala terrazzo, where each product is 40% coffee grounds and 60% Jesmonite. 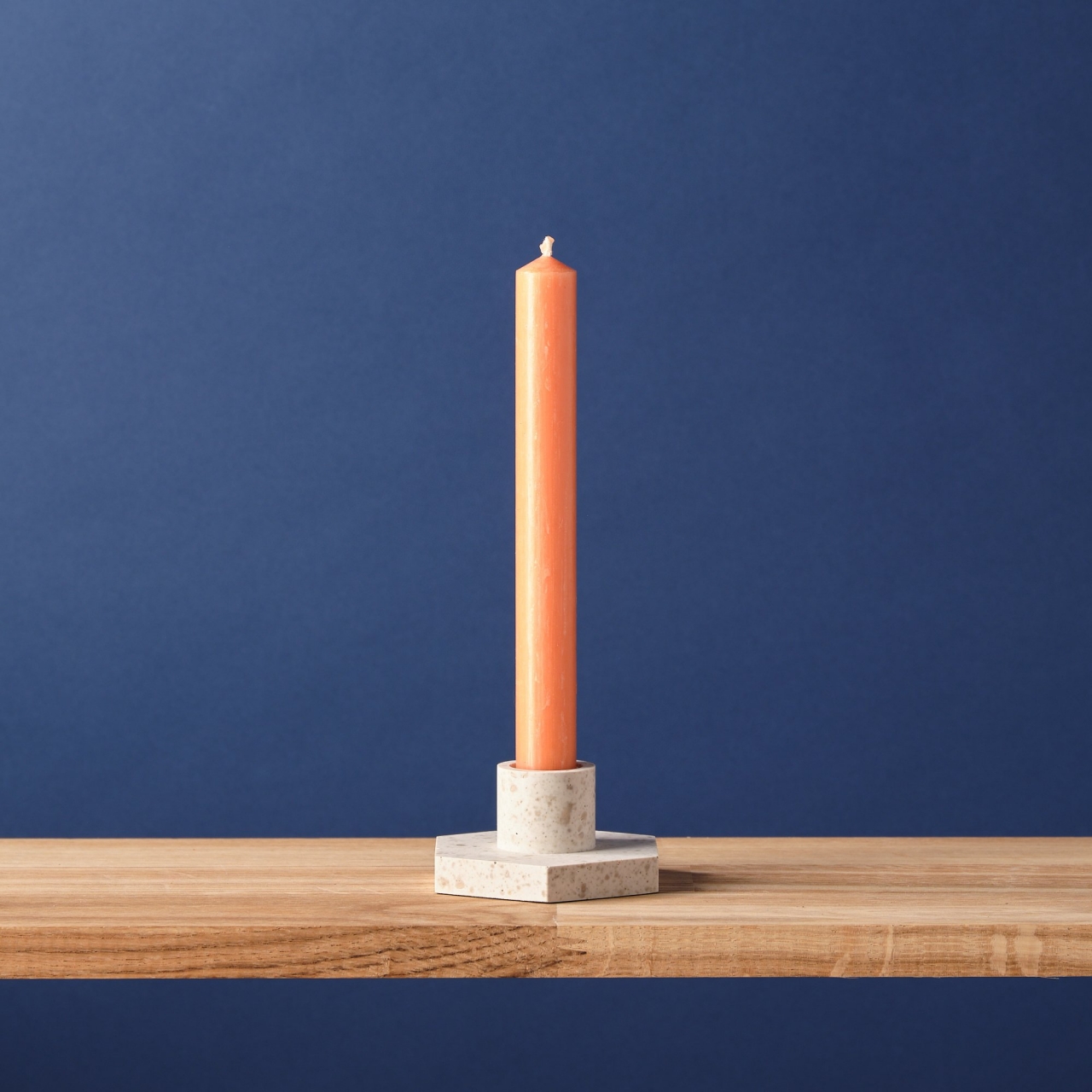 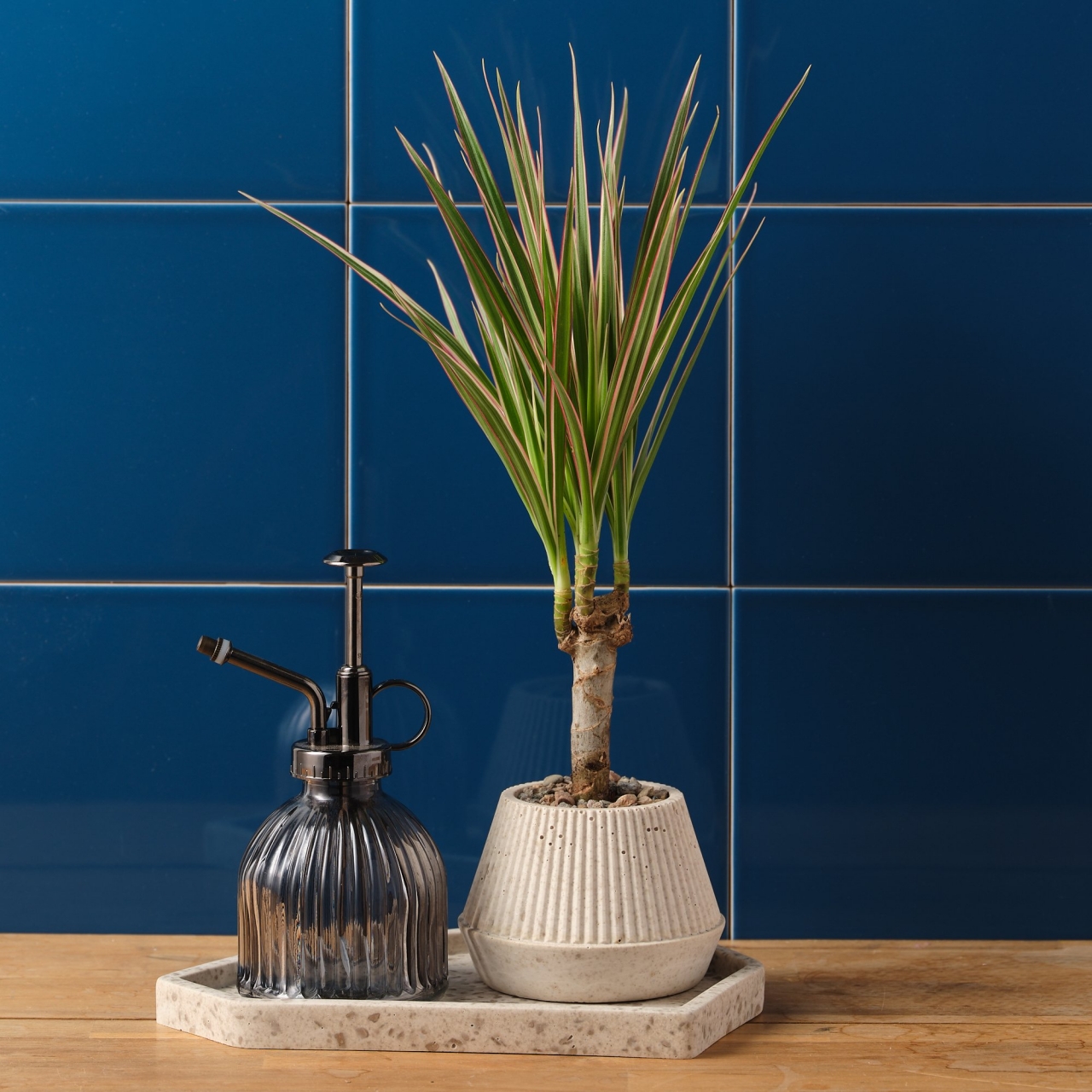 Christensen doesn’t simply make any everyday homeware either. She has focused primarily on plant pots in order to encourage indoor gardening hobbies and lifestyles. She also has some candle holders and soap dishes, too, both intended to tell the owner to take a slow down, step back, relax, and reflect on life and our impact on the world. Even if you don’t get those subtle hints and messages, it’s hard to ignore how beautiful these products are, with specs of brown that add character and points of interest to the smooth surfaces of the objects. 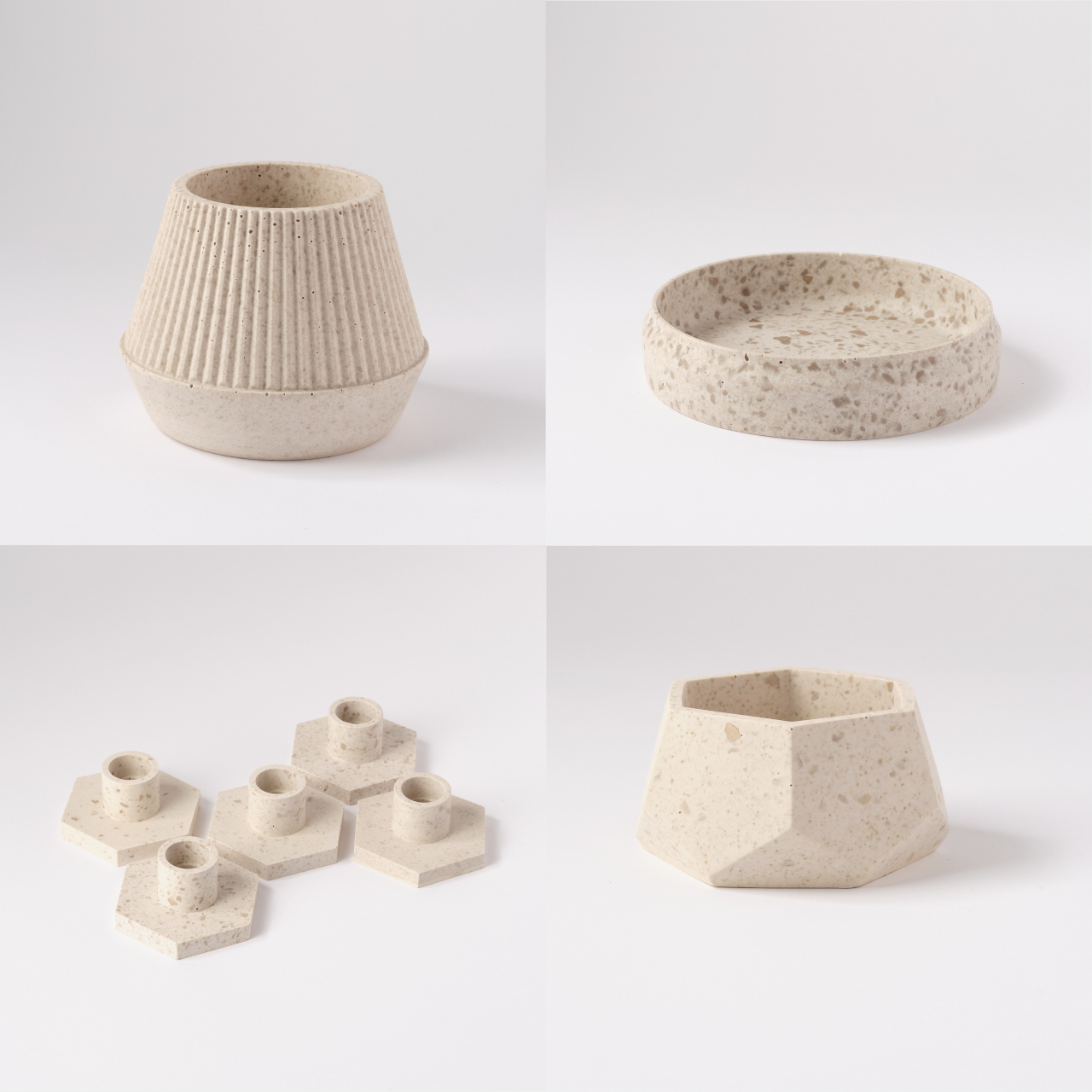 The story doesn’t end there, however, as the designer is trying to introduce these homewares into the circular economy. Broken pieces, for example, can be used for other things, like crocks in plant pots or material for buildings. This way, one can really say that coffee makes the world go round, even after the drink has long served its purpose of energizing you, perhaps to help make the world a better place. 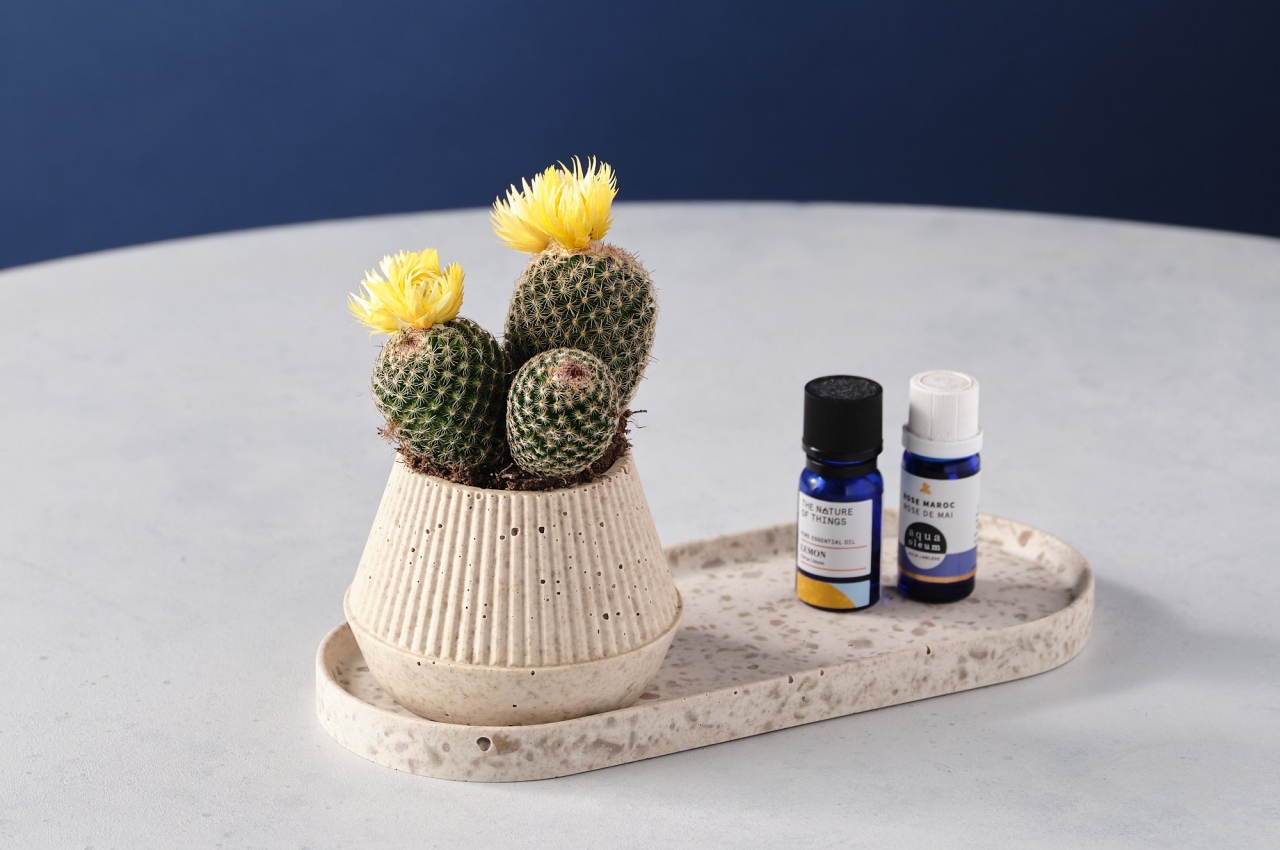 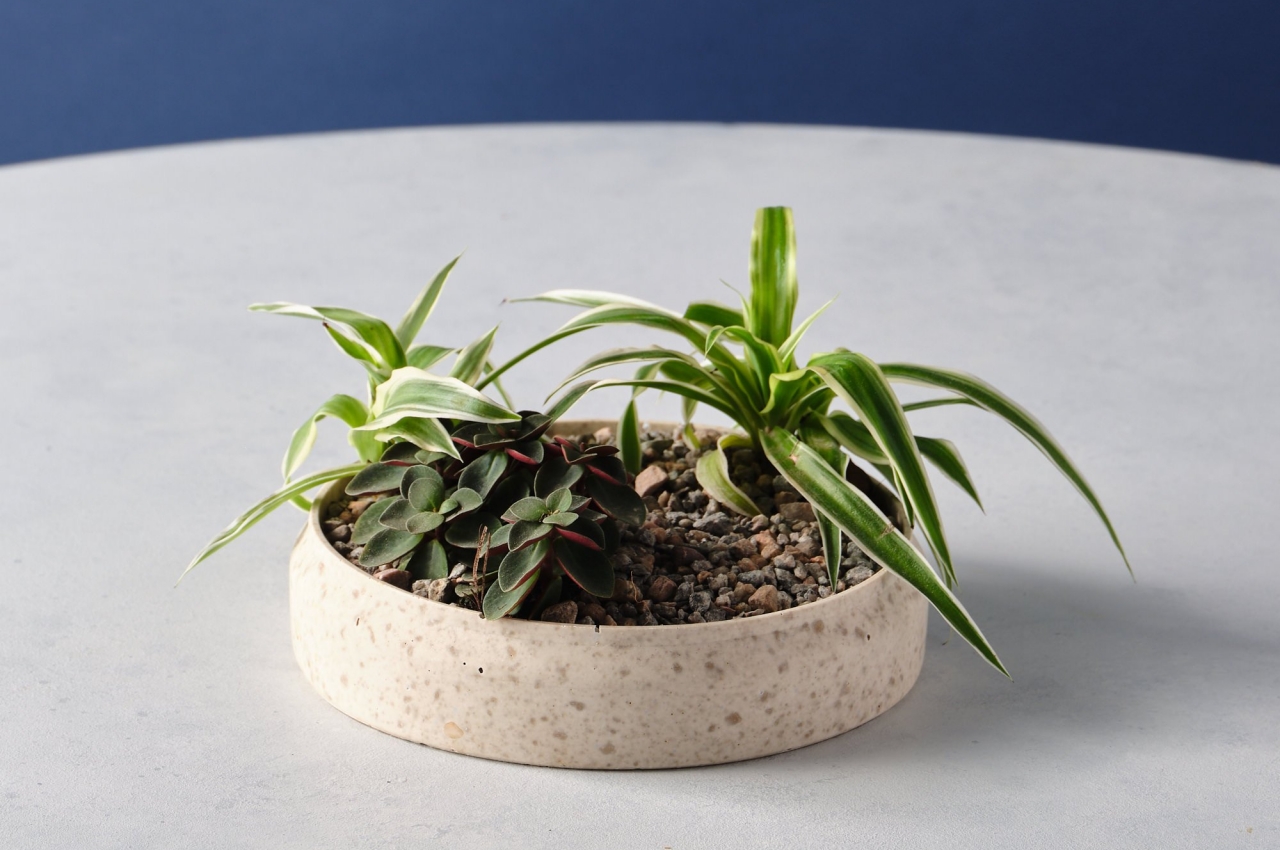 Get your childhood unplugged with these innovative treehouse designs!

A treehouse is every child’s fantasy, a safe haven among the trees, somewhere to simply relax and get away from the world. We all may…

Flat pack chairs aren’t anything new but this transparent plastic chair by Taiani Vincent uses no glue or nails. It’s just a matter of lining…

Picture this, you are at a festival that is bustling with stalls – you are trying different food, shopping for little items, taking pictures of…