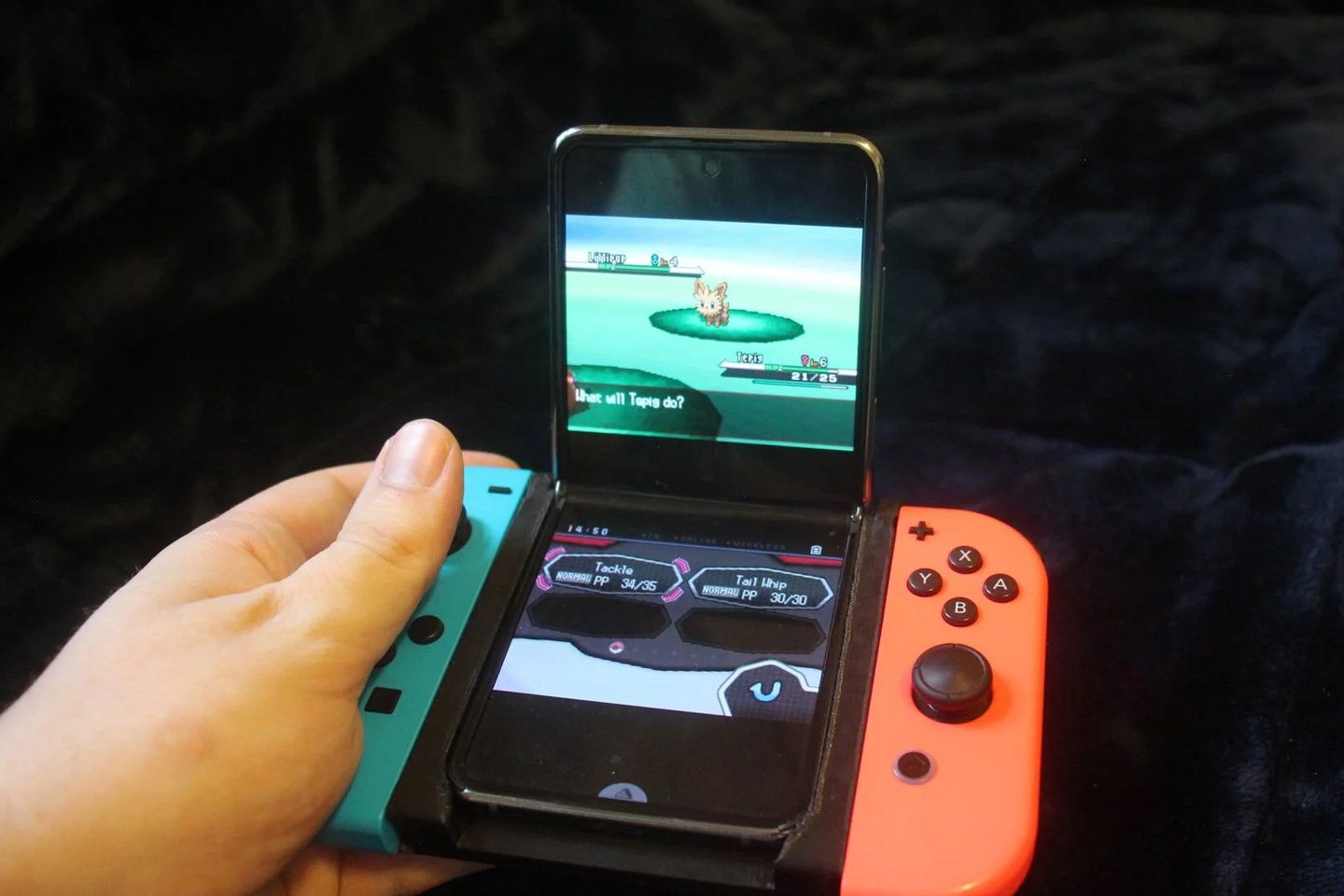 Echoing an aesthetic that’ll remind some of the Nintendo DS, this unique fan-made hybrid is taking Reddit by storm. Designed and built by Reddit user Mike Dubbz, it features a Samsung Galaxy Z Flip running a Nintendo Switch emulator but more notably, also comes with Switch Joy-Cons attached to each side of the device. Made possible thanks to a small 3D-printed module that allows you to mount all three parts together into a single unit, this ‘Frankenstein monster’ of the tech world is simultaneously weird and wonderful. 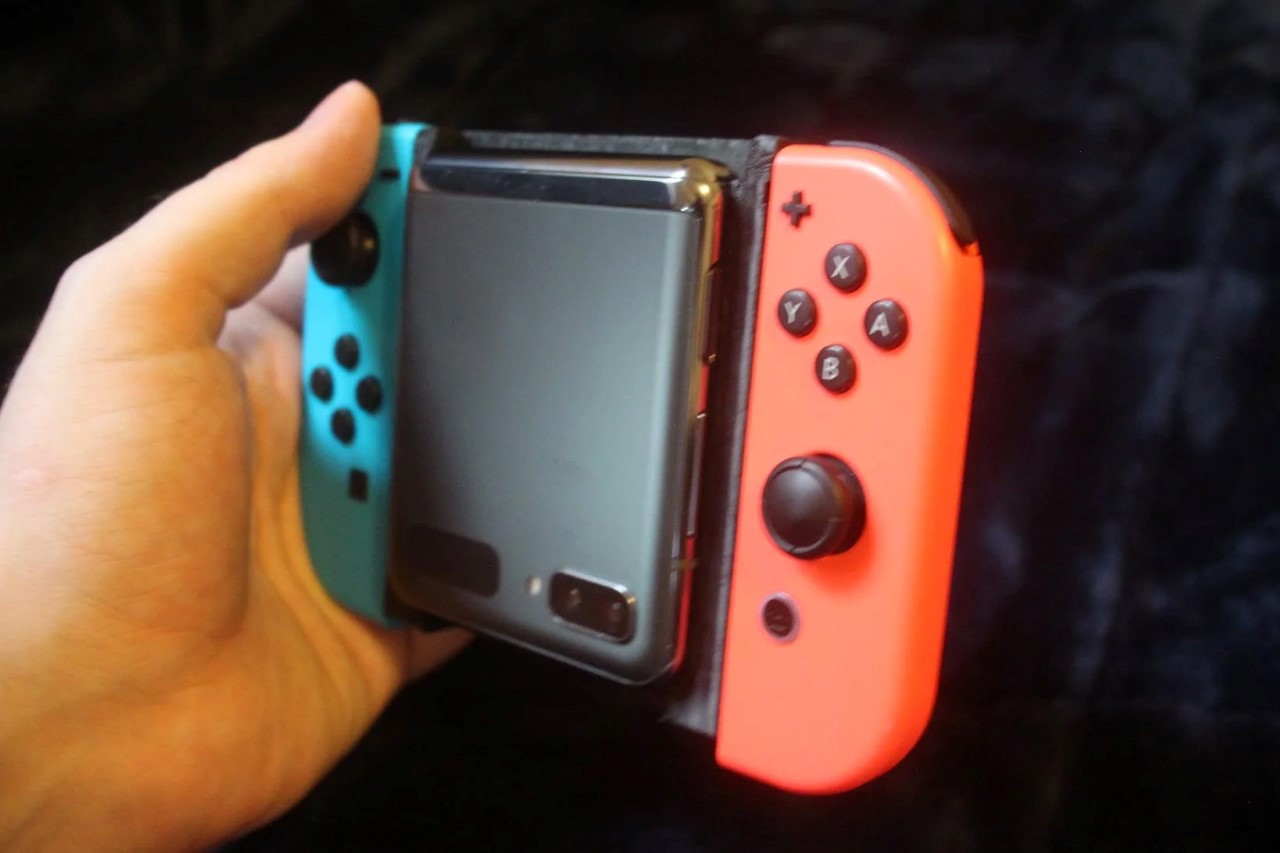 The build is rather simple (unlike this extremely surgical project that turned GameCube controllers into Joy-Cons) – it merely features a single 3D-printed holder that unites the two Joy-Cons with the Z Flip. Mike mentions in his Reddit thread that the Joy-Cons also didn’t need major configuring since they simply paired with the Z Flip using Bluetooth (the phone treated the two controllers as two halves of one single controller), and the emulator (DraStic, in this case) even mapped the controls out perfectly.

If you’ve got a Galaxy Z Flip and some Nintendo Switch Joy-Cons lying around, you’re in luck, because MikeDubbz is selling his unique intermediary 3D-printed module on Etsy for people to buy and use. Mike offers variants based on whether you’ve got the original Z Flip or the newer (and slightly thicker) Z Flip 3. The module also works with third-party Joy-Cons too, although Mike recommends using the originals. Sheer genius, eh?? 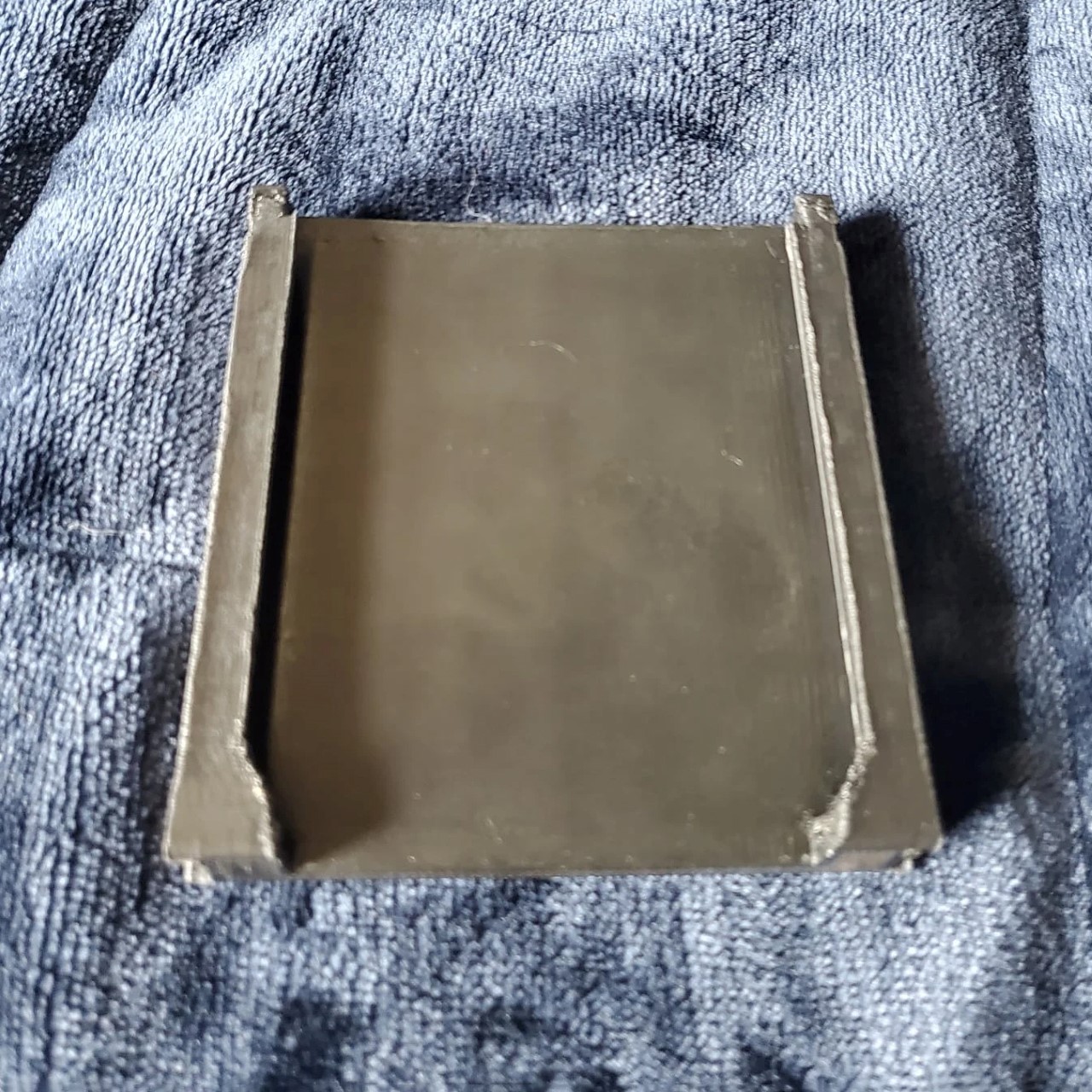 Want to video call in landscape mode? How about portrait mode? Maybe you want to have your camera face something beside you, or in front…

If Adobe made hardware!

If you work with the Adobe Creative Suite, then it’s no surprise that you’ve dreamt of a keyboard devoted to your creative needs. Vinicius Araújo…

Nike has consulted athletes around the world who have a common consensus – climate change is a barrier to sport. To break the jinx, the…