I remember reading an article sometime back that had the headline “The MP3 is dead”, and I instantly thought to myself, “What in fresh hell”. I express this frustration because in just 26 years of my life, I’ve seen the Vinyl, the Cassette, the CD, the MP3 (or the digital download), and the online streaming service come and replace its predecessor. What I’m eventually left with is a collection of mediums and a library of songs scattered across several mediums. If I want to hear my grandfather’s old jazz collection, I need to go to Vinyl, whereas if I want to hear something contemporary, I either need to have a digitally downloaded file, or an internet connection to access the music online (with a paid subscription).

However, the two most accepted mediums today still remain the digital file (both online and offline) and the Vinyl. While the digital file is convenient in countless ways, it seldom matches up to a Vinyl’s reproduction of audio. Analog audio still remains ‘warmer’ and has a natural quality to it that sounds pleasing to one’s ears.

The+Record Player recognized the two superior formats and combines them into an all-in-one product. It’s a stellar record player, built with the highest quality materials (a Pro-Jet turntable featuring a carbon fiber tonearm and an Ortofon 2M Red MM Phono Cartridge), capable of 33/45 rpm vinyl playback. However, the record player also features wireless connectivity, allowing you to pair it with a Google Chromecast or an Amazon Echo, and giving you the power to stream online music through your vinyl player!

The+Record Player comes with its own high-fidelity speaker setup. Built with two 1-inch soft-dome tweeters and two compact long-throw aluminum-cone woofers, the speakers generate rich bass and silky smooth high-ends. Each speaker driver even has its own dedicated amplifier channel, with discrete sonic contouring, so your music sounds incredible, whether it’s coming from the vinyl or from your online music subscription service. While doing this, the player features state-of-the-art turntable isolation that prevents audio feedback and vibrations from the speakers affecting the turntable. This isolation allows the turntable and speaker to be placed close to each other ensuring the product remains compact, while even going on to deliver full-range audio that’s crystal clear and doesn’t compromise on the low-end bass-notes. The+Record Player even features a stereo-widening Wide Mode that makes you feel like you’re listening to music on two separate hi-end speakers rather than from the record player’s speakers itself. Plus, with Bluetooth capabilities and an Aux input, you can even choose to plug in or connect your own speakers to the+record player. To up the ante, the player even comes with a 2-way USB port that allows you to rip audio from your vinyls onto a laptop or computer! That’s just in case you’re one of those wireless audio evangelists.

The+Record Player like its capabilities boasts of a past meets present aesthetic. Using wooden veneers with a clean design language and a rather advanced control panel (and even a wireless remote), The+Record Player combines together vintage and minimally modern in a Scandinavian-esque package that looks great and sounds great no matter where it’s kept. Plus, you won’t have to worry about owning two separate machines to listen to Vinyl and to stream music online… plus with The+Record Player’s audio set up, you probably won’t be able to tell the difference between the two! 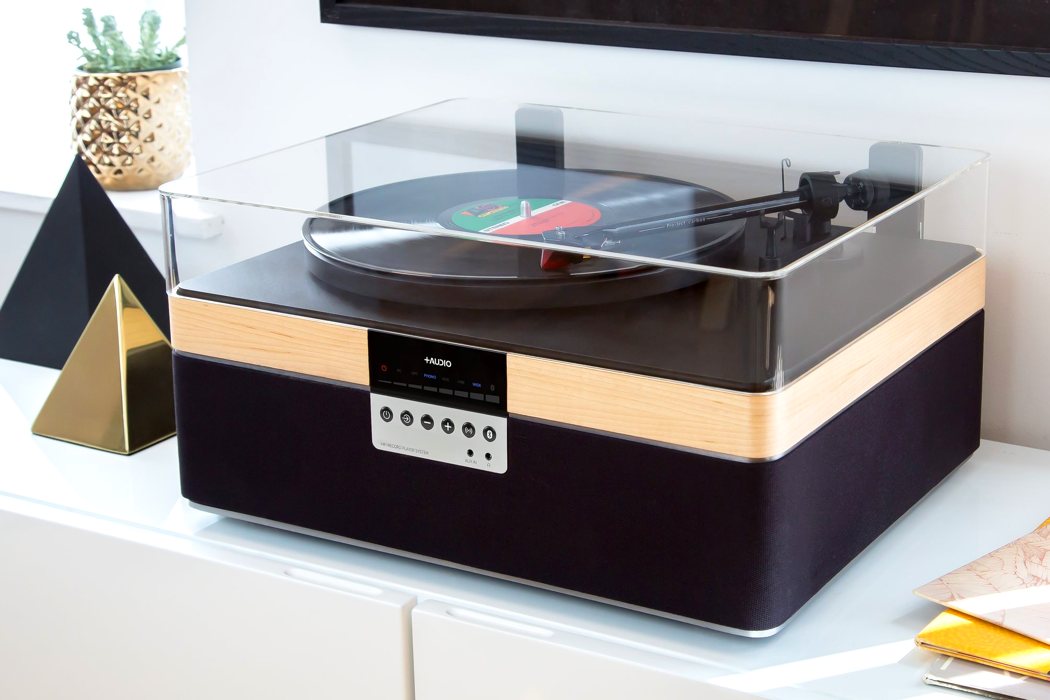 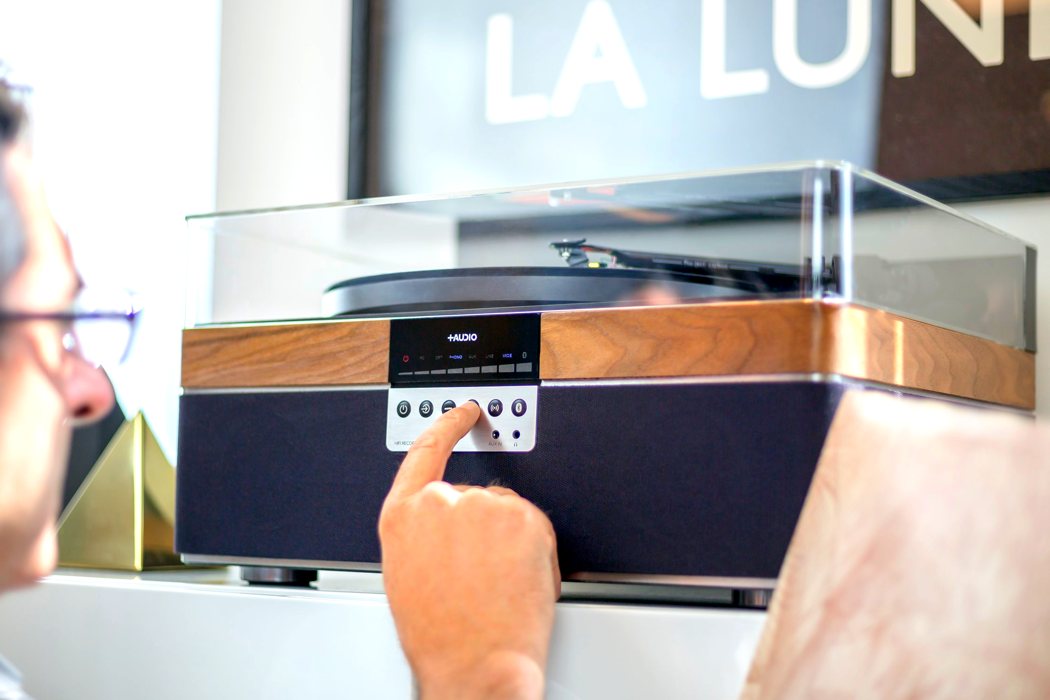 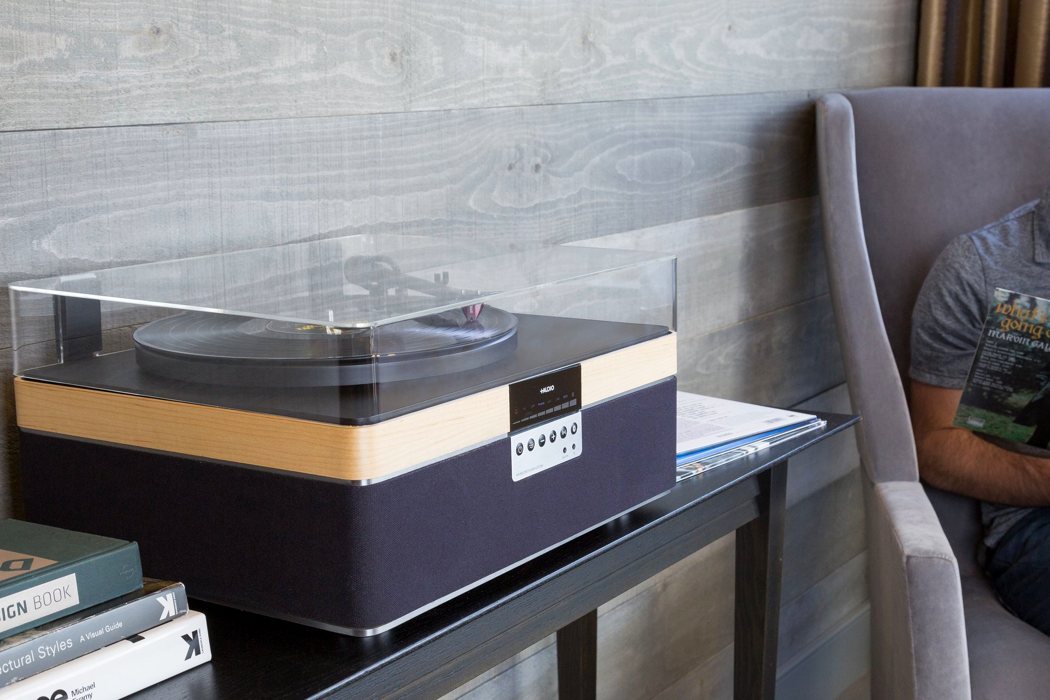 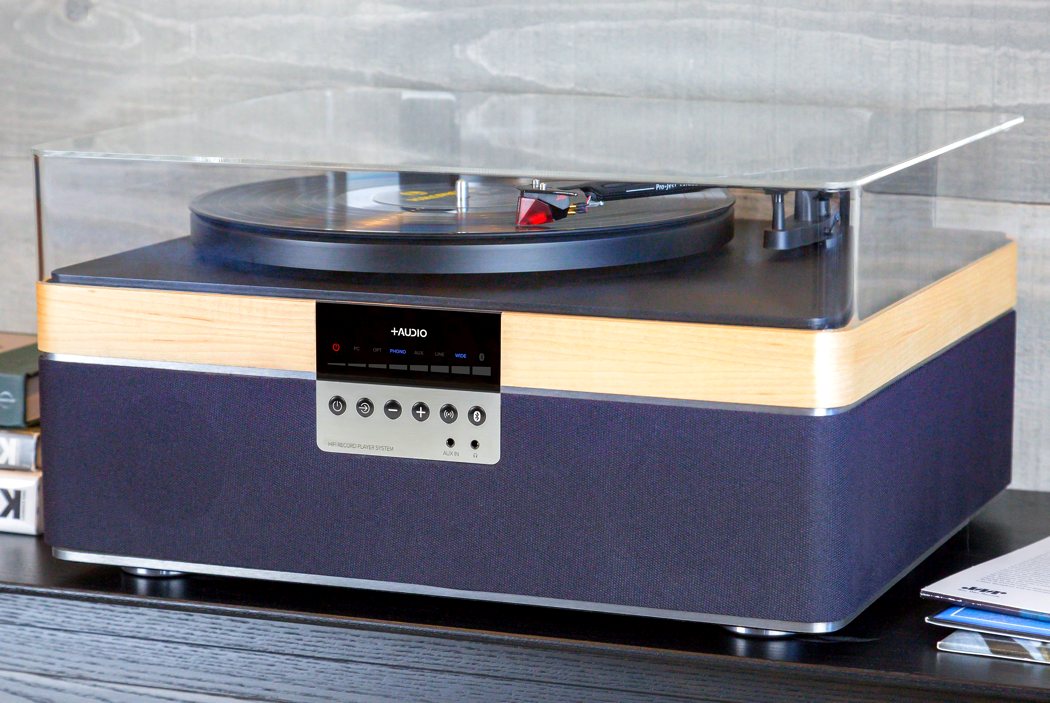 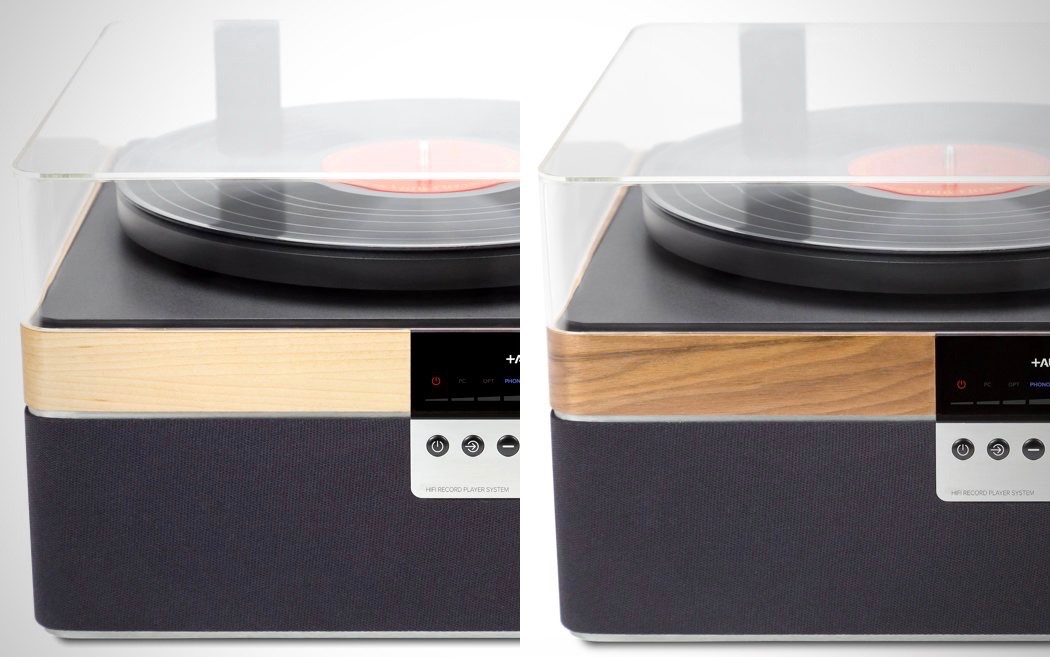 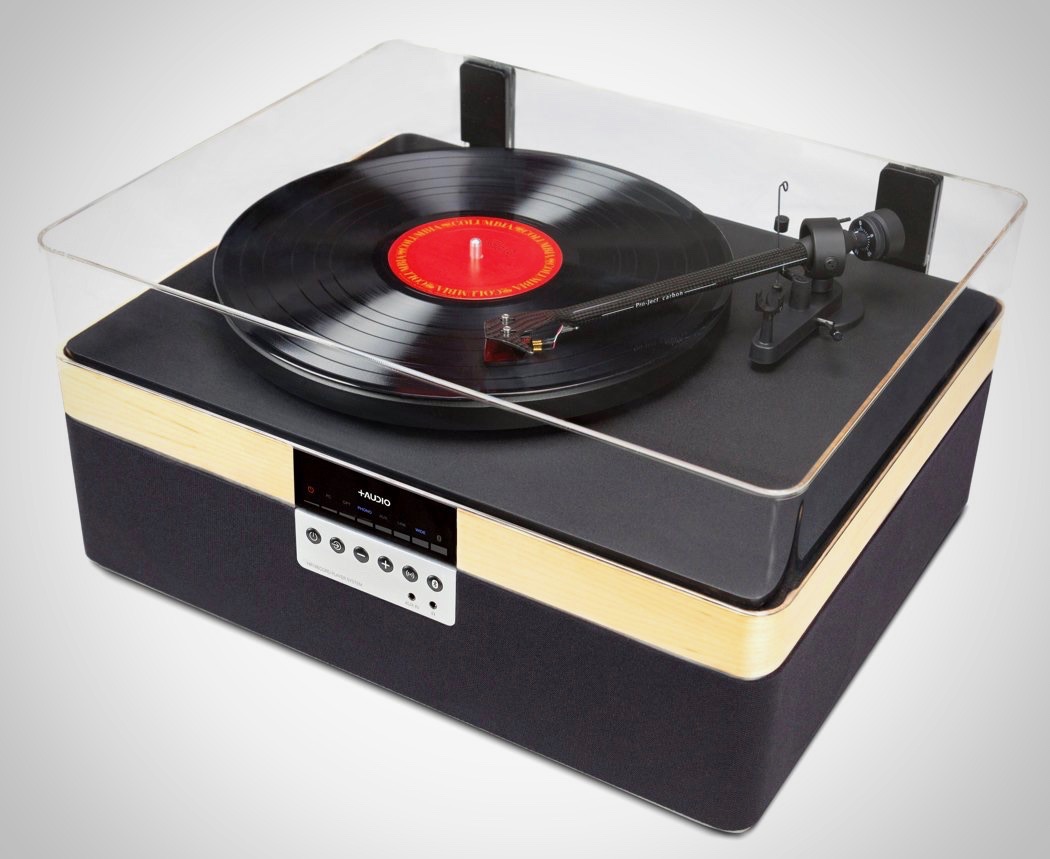 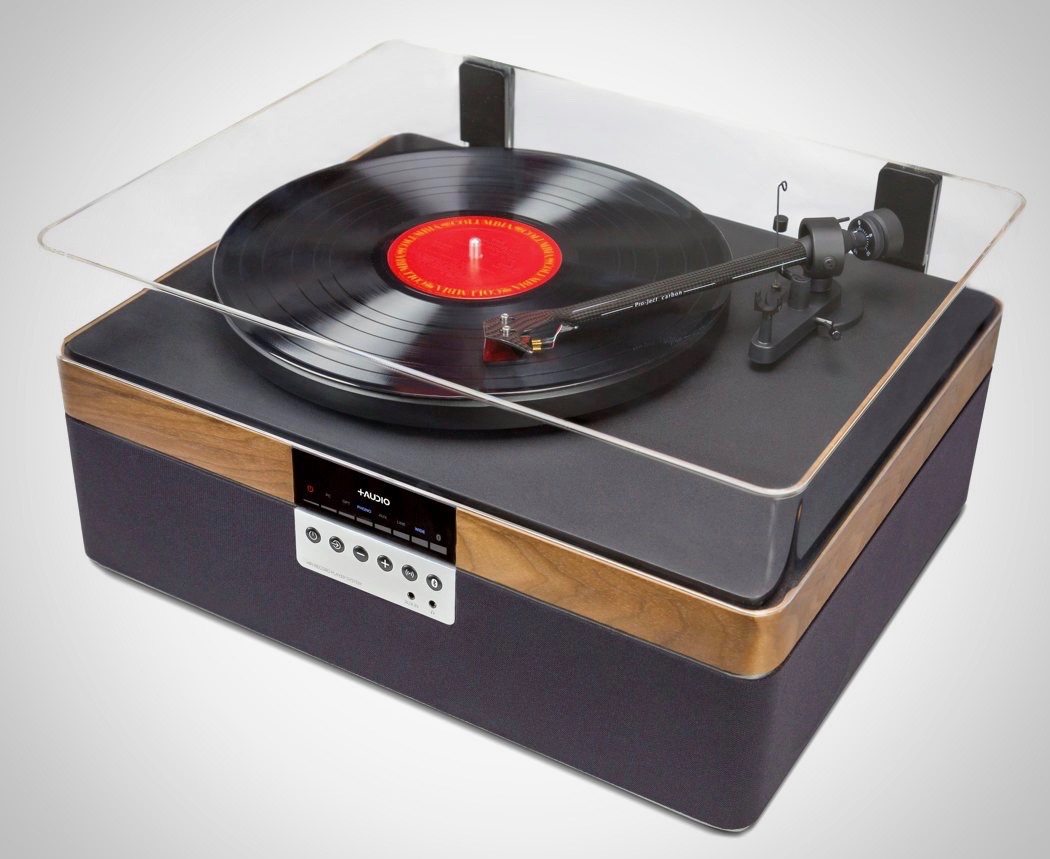 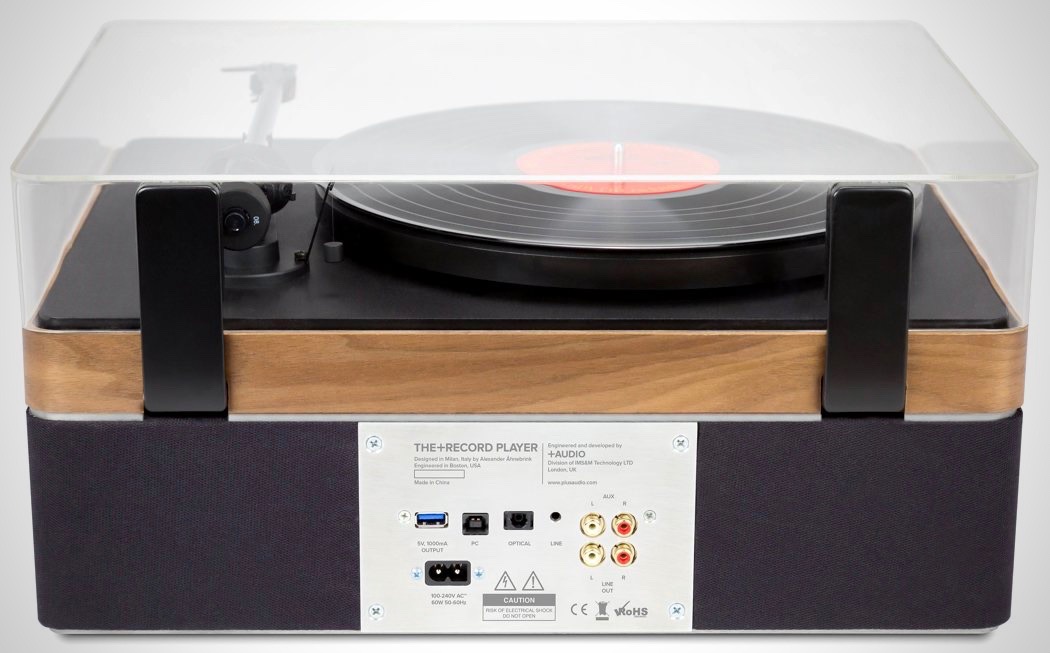 A prime example of sophisticated design, the Amare looks like a luxury toy straight out of a James Bond flick. Stunning wood accents are met…

Travel Accessories you need on your summer jet-setting adventures

With simple twist-and-click swapping abilities, Linus Vertman lets you practically change watches in a heartbeat. The interaction is incredibly modern, and people who closely followed…