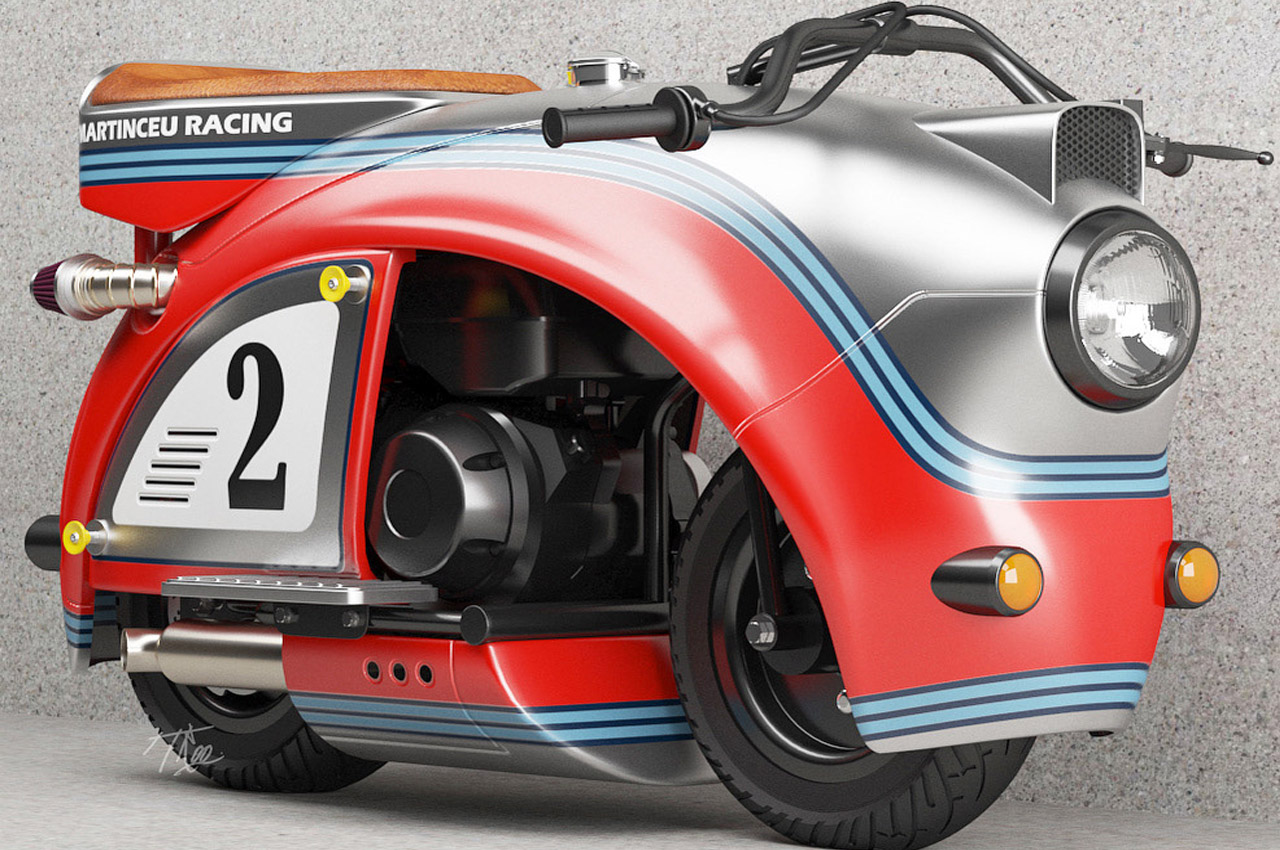 We’ve seen all kinds of bike concepts, right from the most sci-fi set of wheels to the ones that are a refreshing makeover of the classic rides. This one though is starkly odd to look at but still cute in its own rights. Whether or not one would want to hop on this one for short city commutes is totally subjective.

While the design is all about balanced proportions, this bike (or moped if I can call it) is very disproportionate. Either the bike’s upper body is bigger than the set of wheels it has got (very biased on the part of the designer I believe), or the ride was deliberately created to garner attention. It seems, the front section somehow got offset during the blueprint stage, and no one even bothered to point that out. Even the handlebar has a disproportionate geometry, so the mini bike for sure has that disproportional theme running in its DNA. Either way, it has a peculiar cute element to it. Most certainly it takes a detour from the industry-proven design language of balanced proportions and smooth flowing lines. 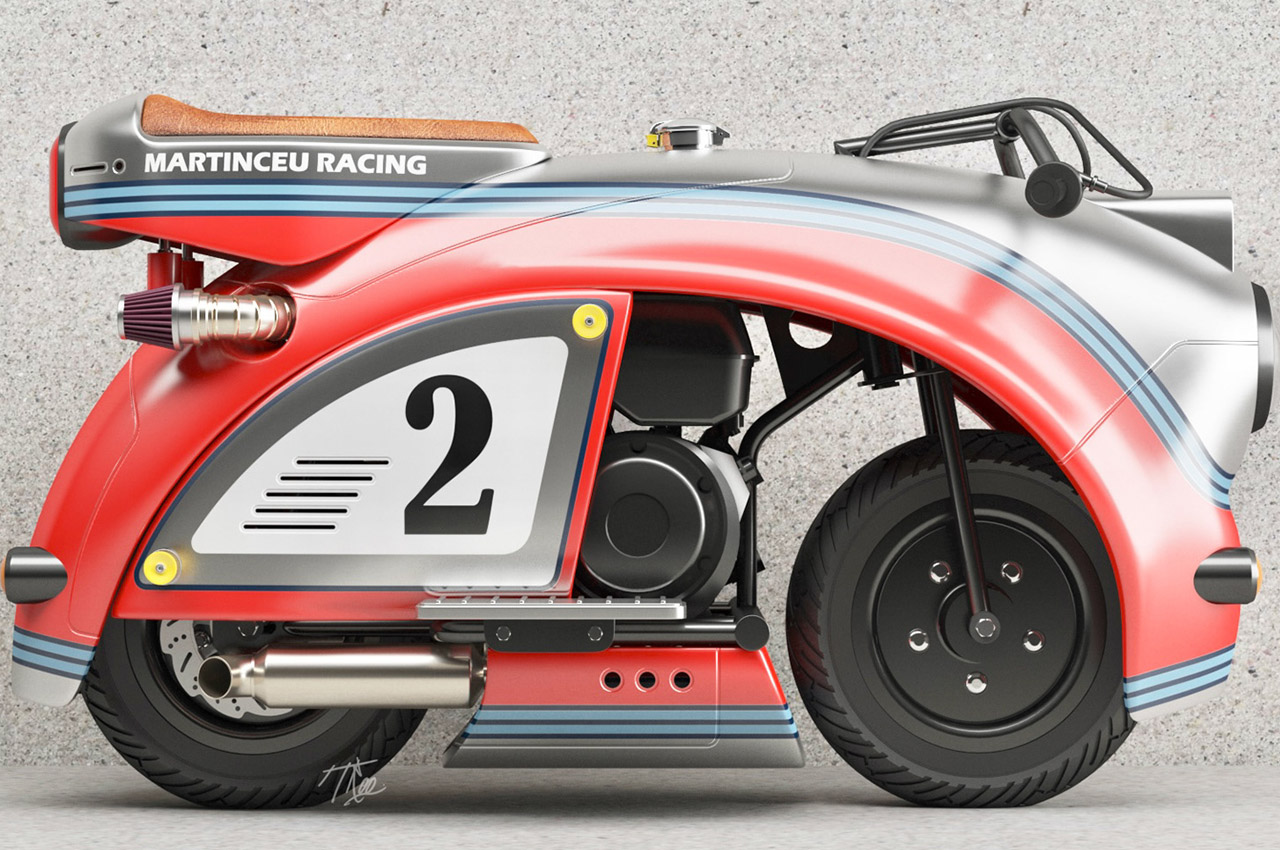 The Martiniceu Racing livery suggests its high-speed character, but the designer doesn’t mention any of the specifications here. The exposed side body of the bike clearly indicates the mini bike is powered by fuel and not an electric battery, as most automotive designers choose to do so in the current era. The bloated form factor is revealing of its short commute character, and in no way can it take to the racing tracks, not even mildly in my view. 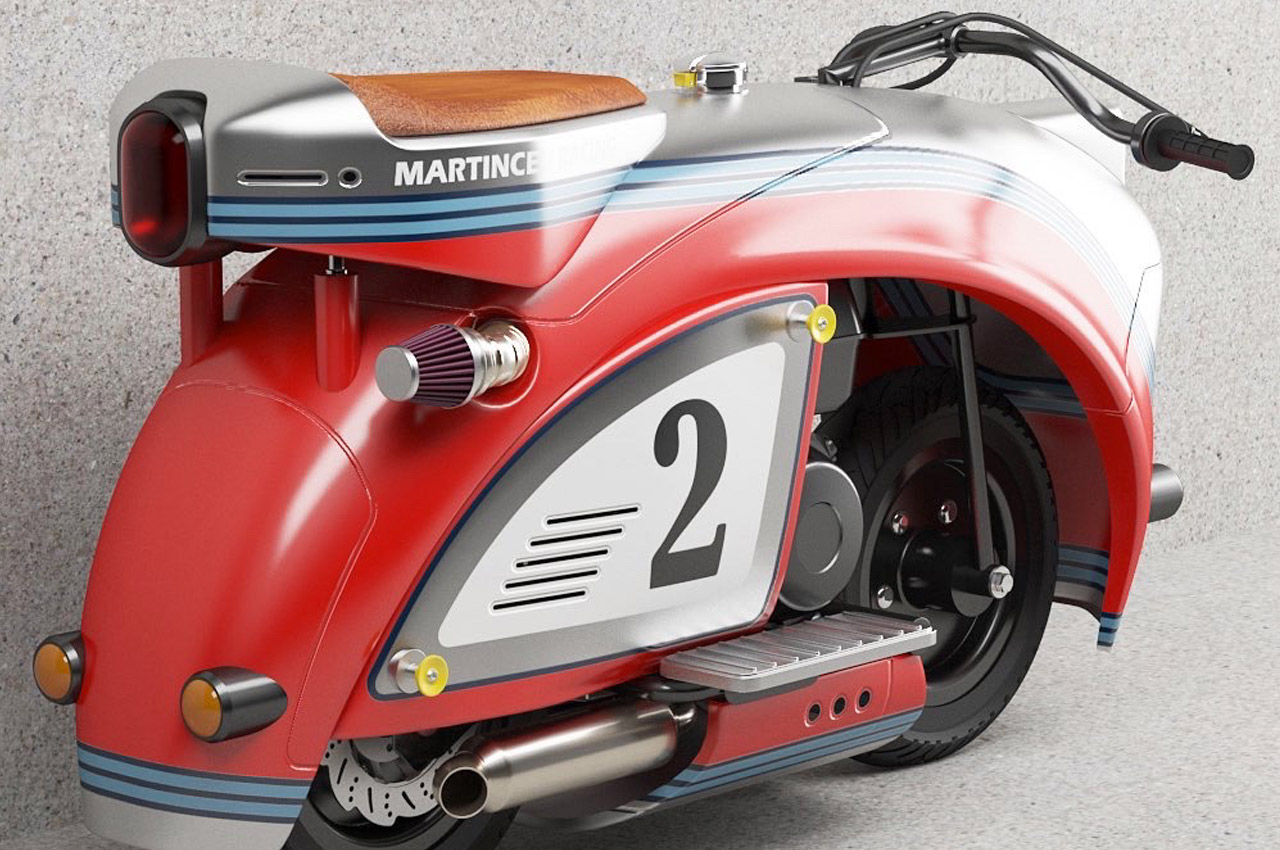 To me, this downright odd yet attractive ride looks like a confused mashup of the CAKE electric bikes with a classic contoured interpretation of the Honda Motocompo. Like I said before, this two-wheeler is a classic motorcycle that somehow got the drivetrain of a moped – that visual disparity between the upper and lower half of the mini bike is proof enough! 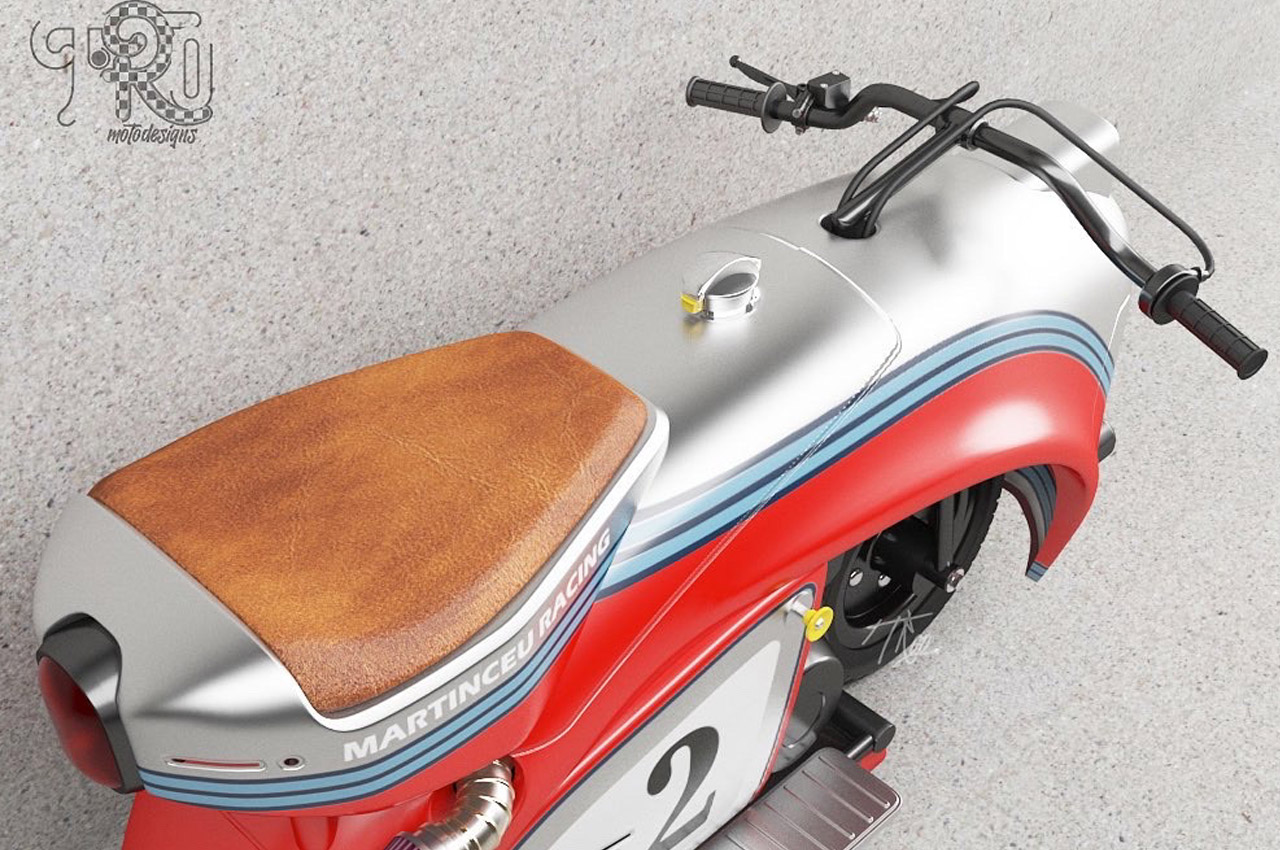 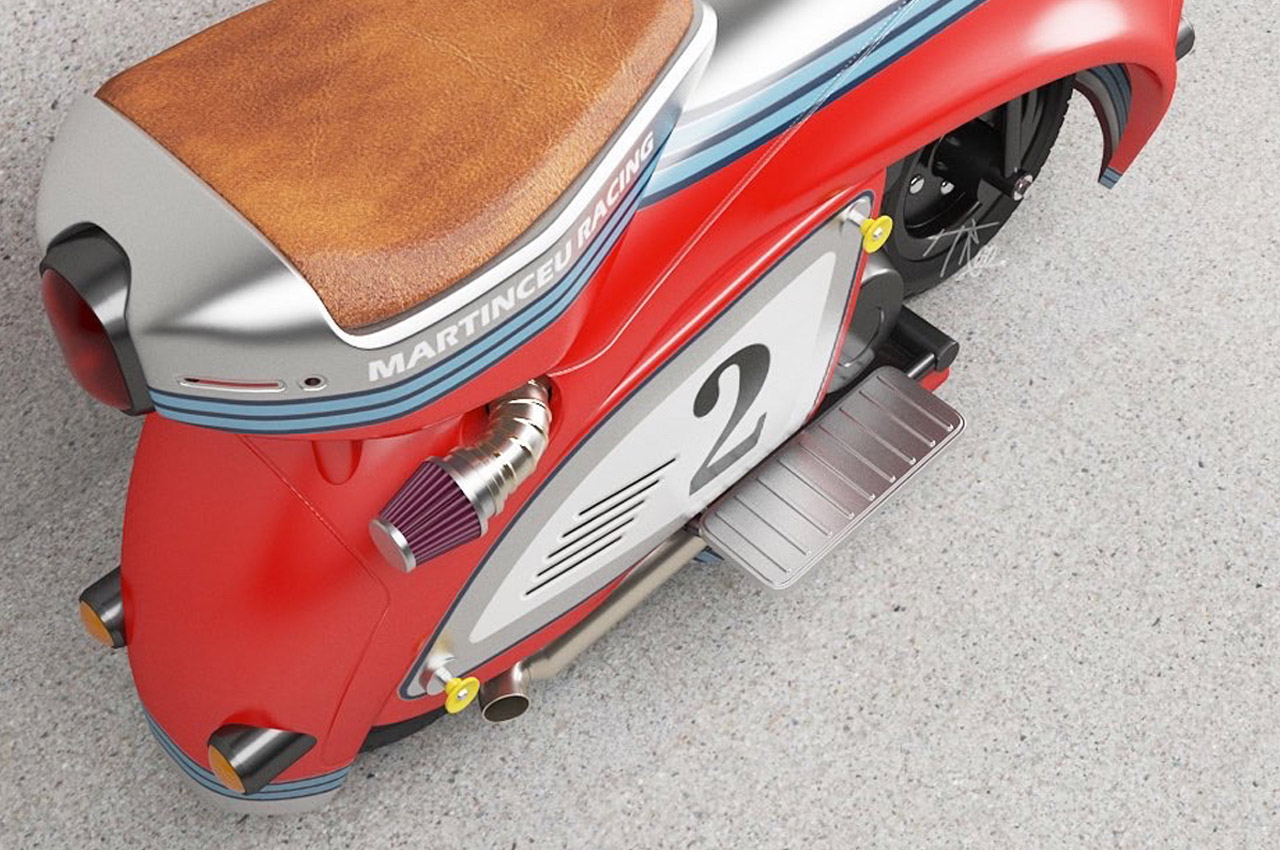 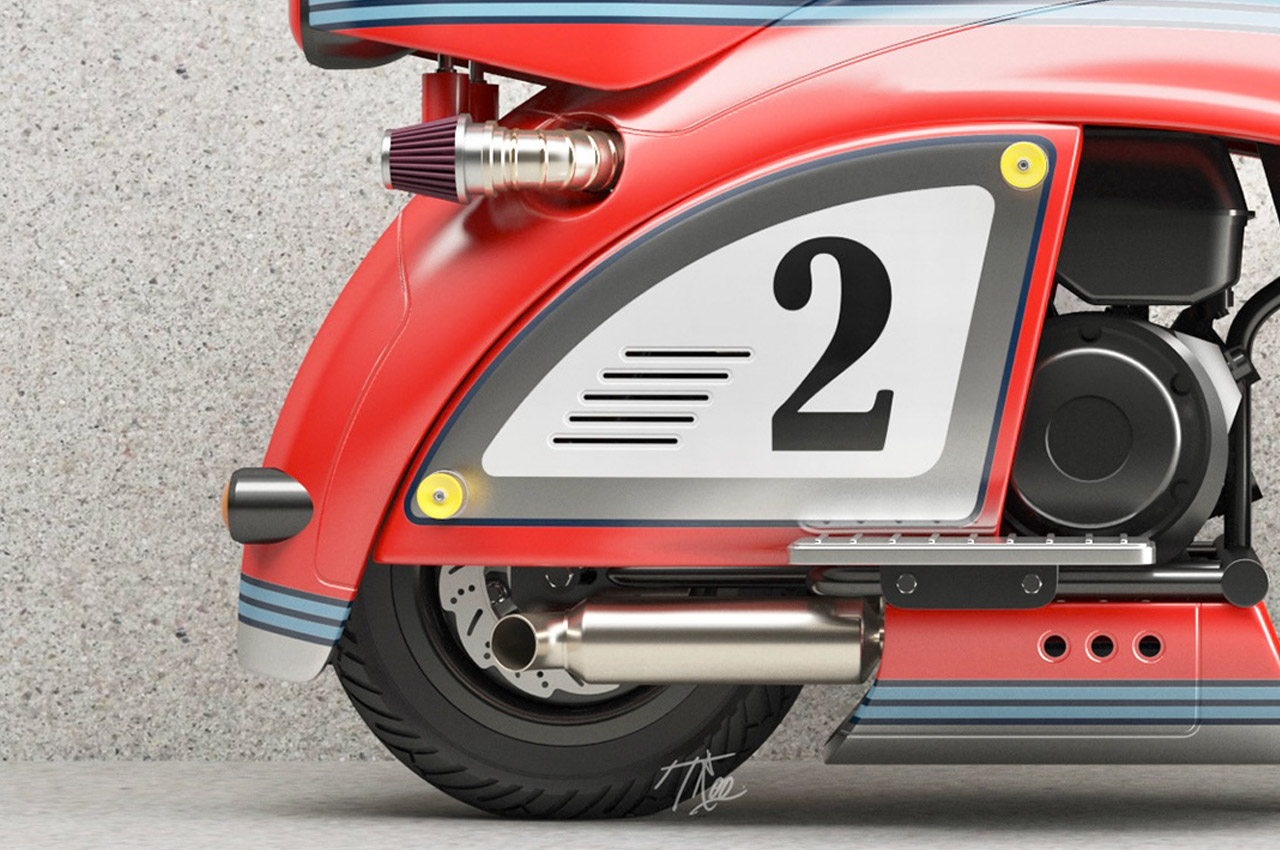 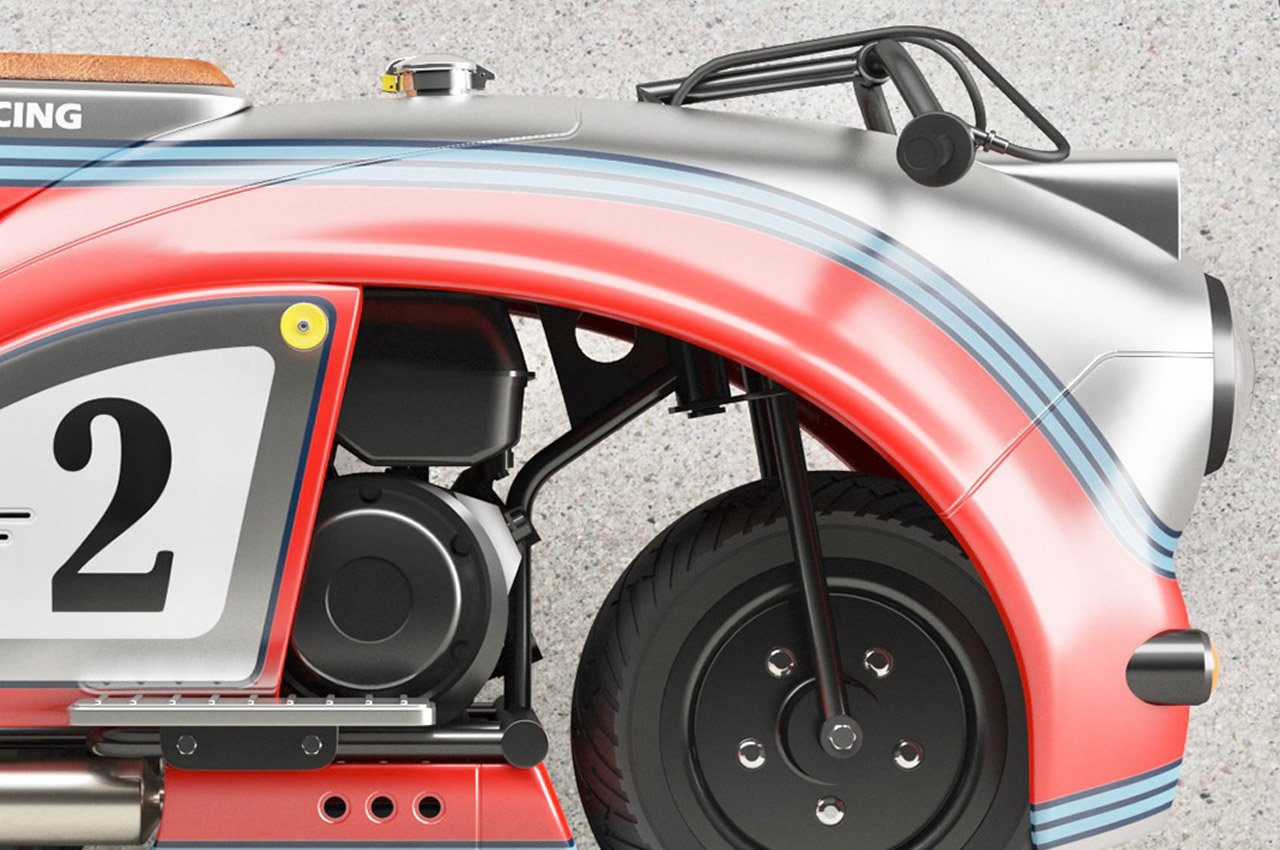 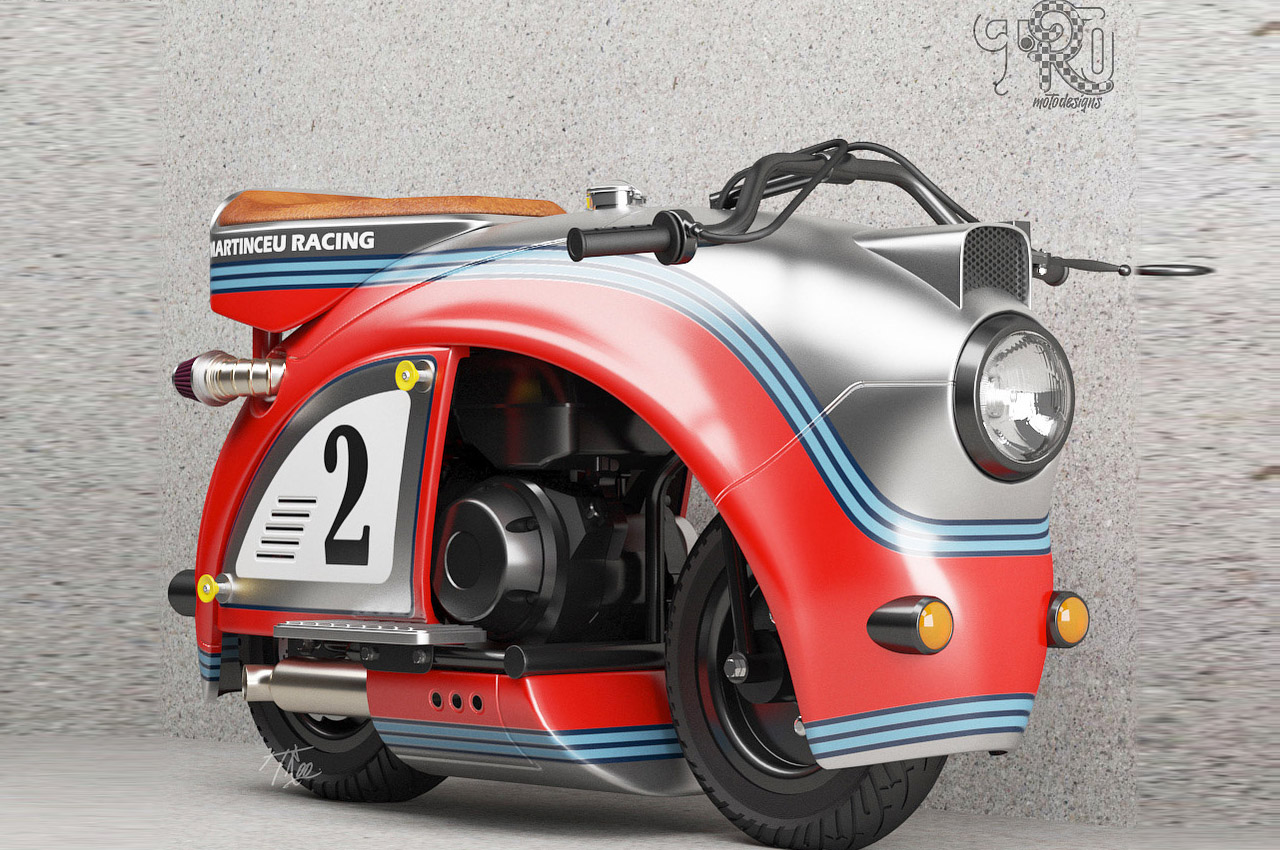 Call me a fan of Sedov’s redefined, simple motorbike aesthetic. His bikes may be purely conceptual, bordering on impracticality in the current scenario, but they…

This BMW is Business on the Outside, Party on the Inside

Mobility for a Better Amsterdam

Vincent Montreuil’s latest project, I Love Bikes at Amsterdam, is an incredibly thorough and equally imaginative proposal for transformation from Amsterdam’s current car and rail…