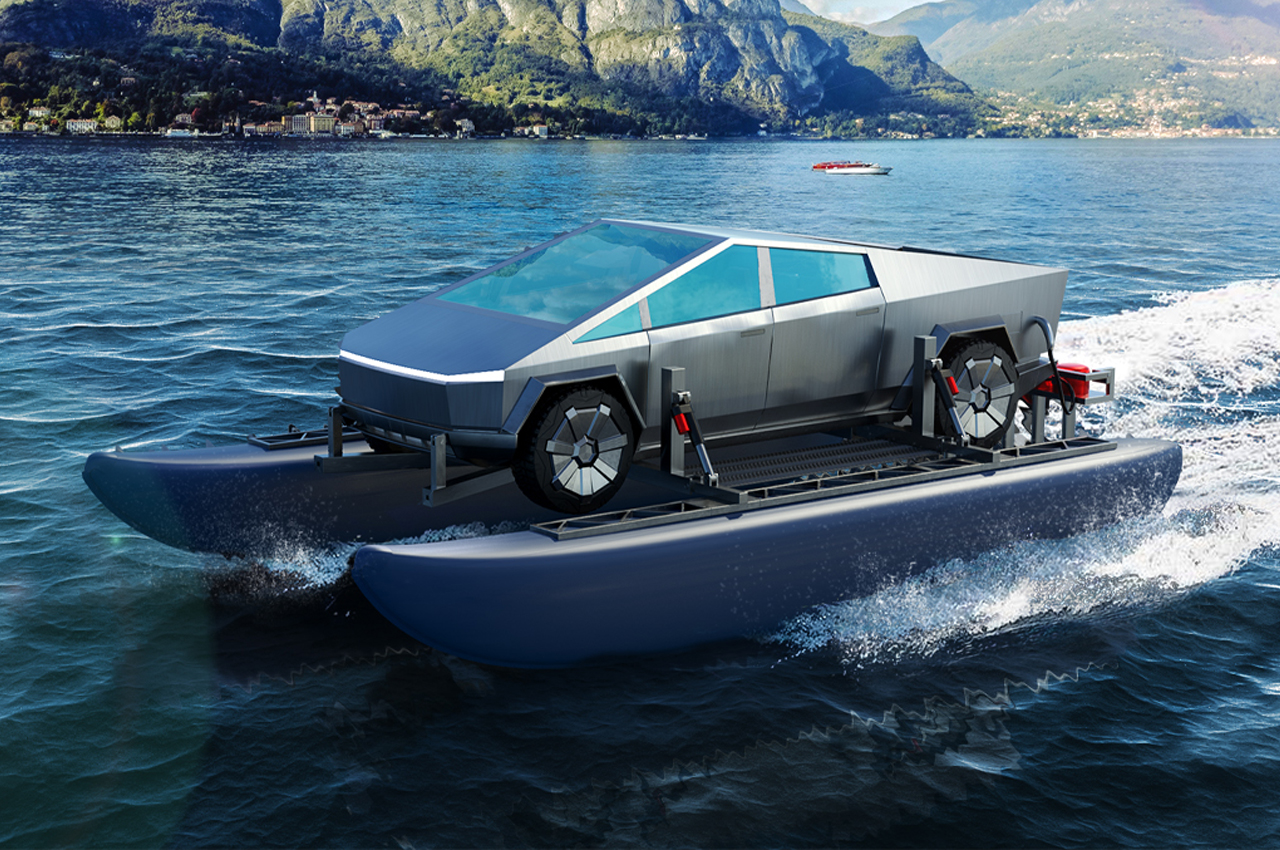 Cybercat is a hydrofoil-boosted set of amphibious mechanics designed to attach to Tesla’s yet-to-be-released Cybertruck and transform it into an all-electric catamaran.

Announced in 2019, Tesla’s Cybertruck has yet to reach production. With no hint of the new vehicle hitting the streets anytime soon, our impatience for Elon Musk is making space for our imaginations to run wild. Designing a set of seafaring add-ons for Tesla’s yet-to-be-released pickup model, Seattle-based designer Anthony Diamond conceptualized Cybercat, a set of amphibious mechanics that transforms Cybertruck into an all-electric catamaran. 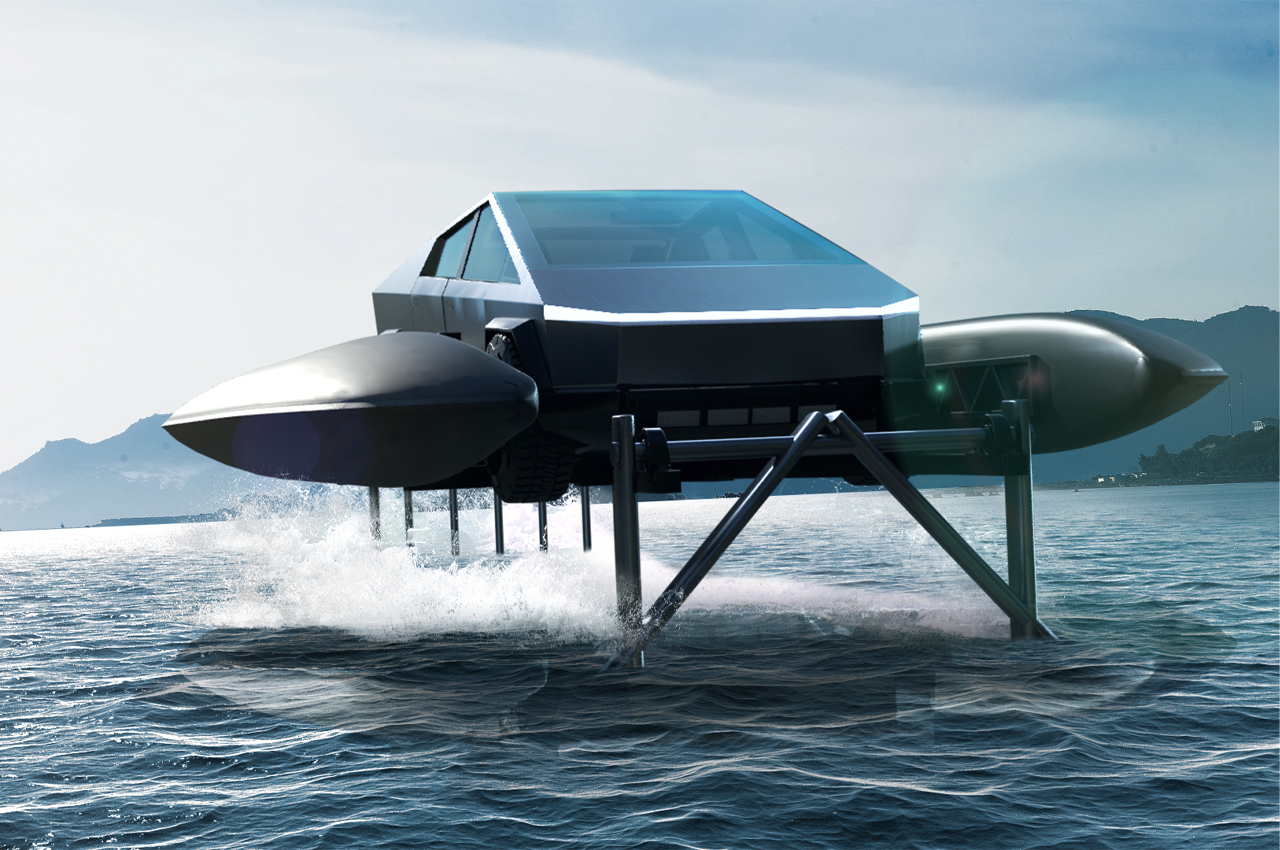 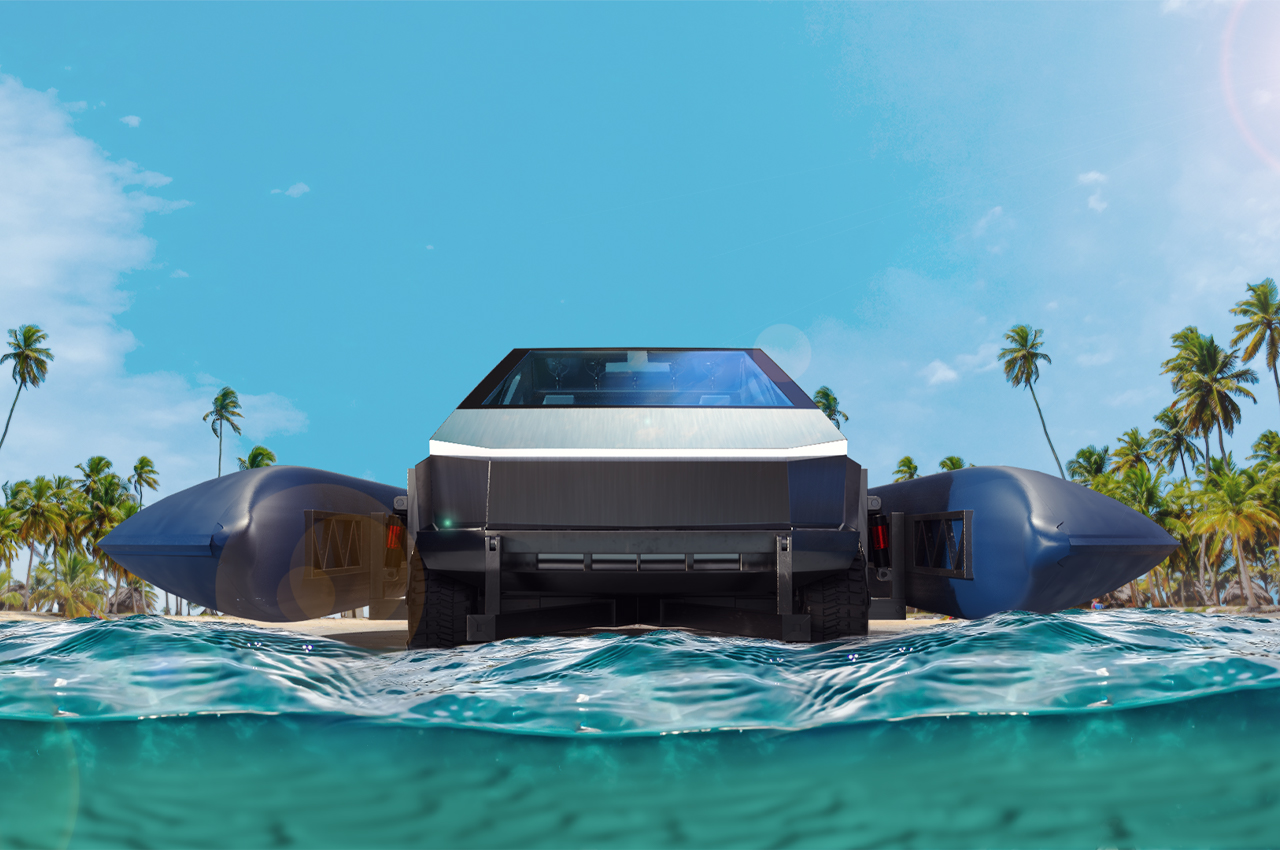 Once production starts, Cybertruck will come loaded with a large battery, tough construction, and adaptive air suspension, only a few components away, as Diamond suggests, “transforming into a capable all-electric amphibious watercraft.” 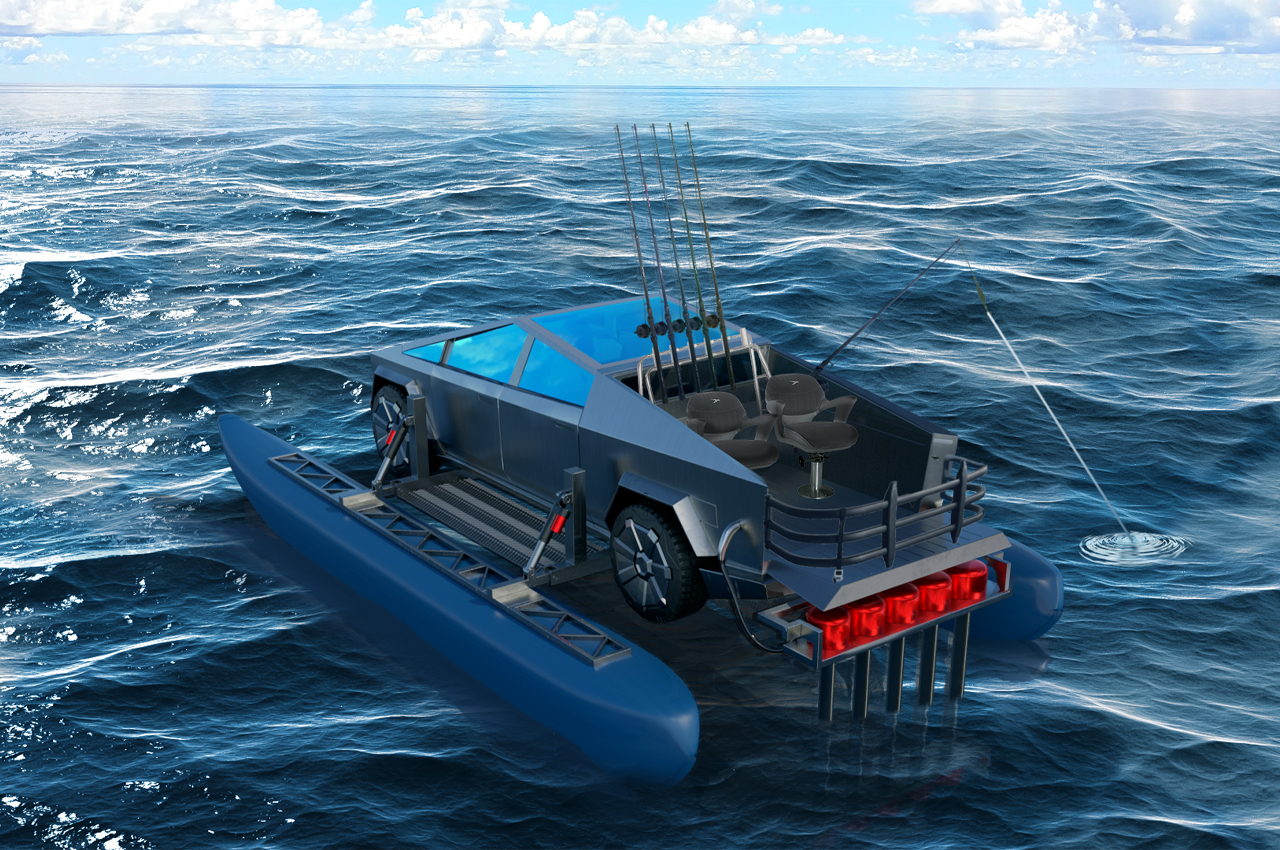 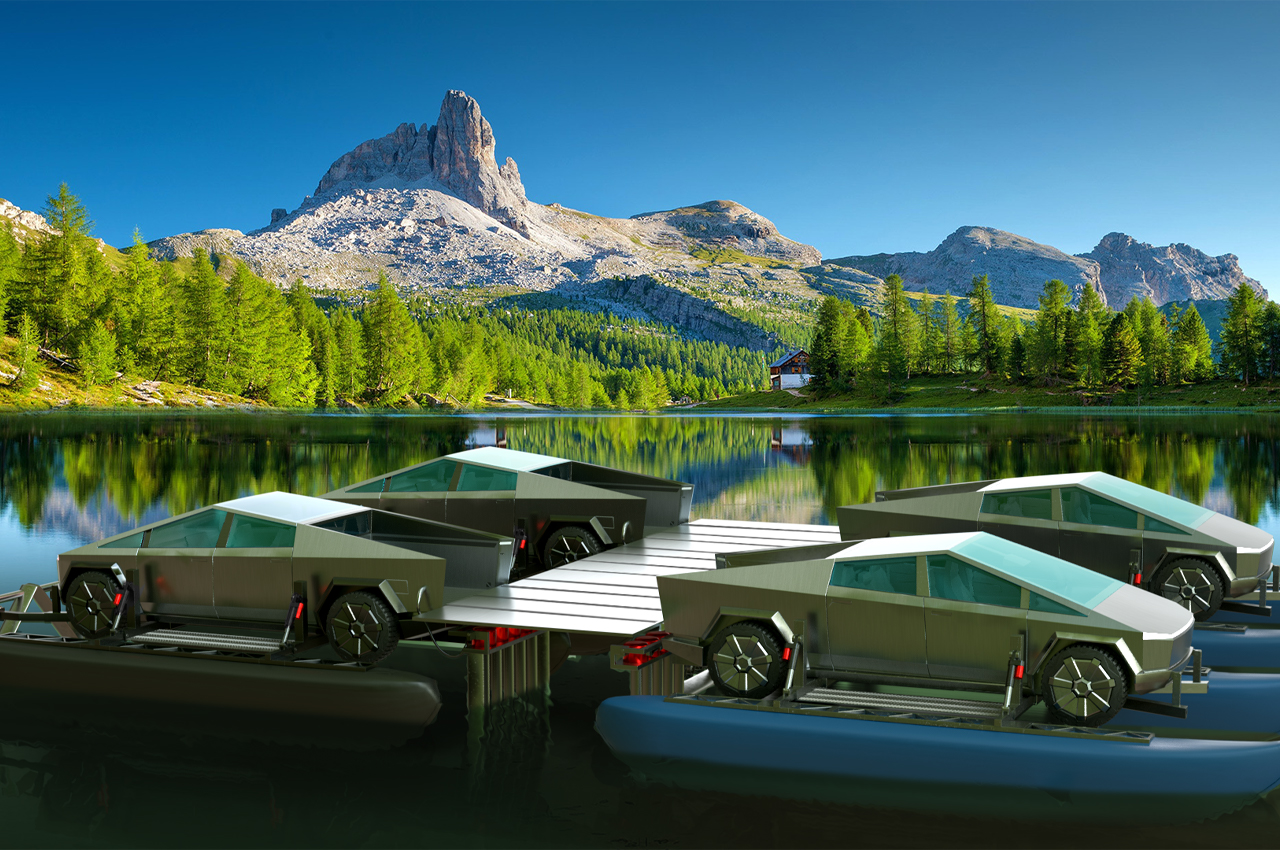 Turning the dial up a notch, Diamond hopes to incorporate hydrofoils into Cybercat’s mechanics, maximizing its efficiency on the water and releasing industry-leading performance for all-electric watercraft. Diamond boasts 335 maximum horsepower, top speeds of 25mph and up, as well as a range of ​​115+ miles at 6 mph (100+ NM at 5 knots) or 50+ miles at 15 mph (44+ NM at 13 knots). 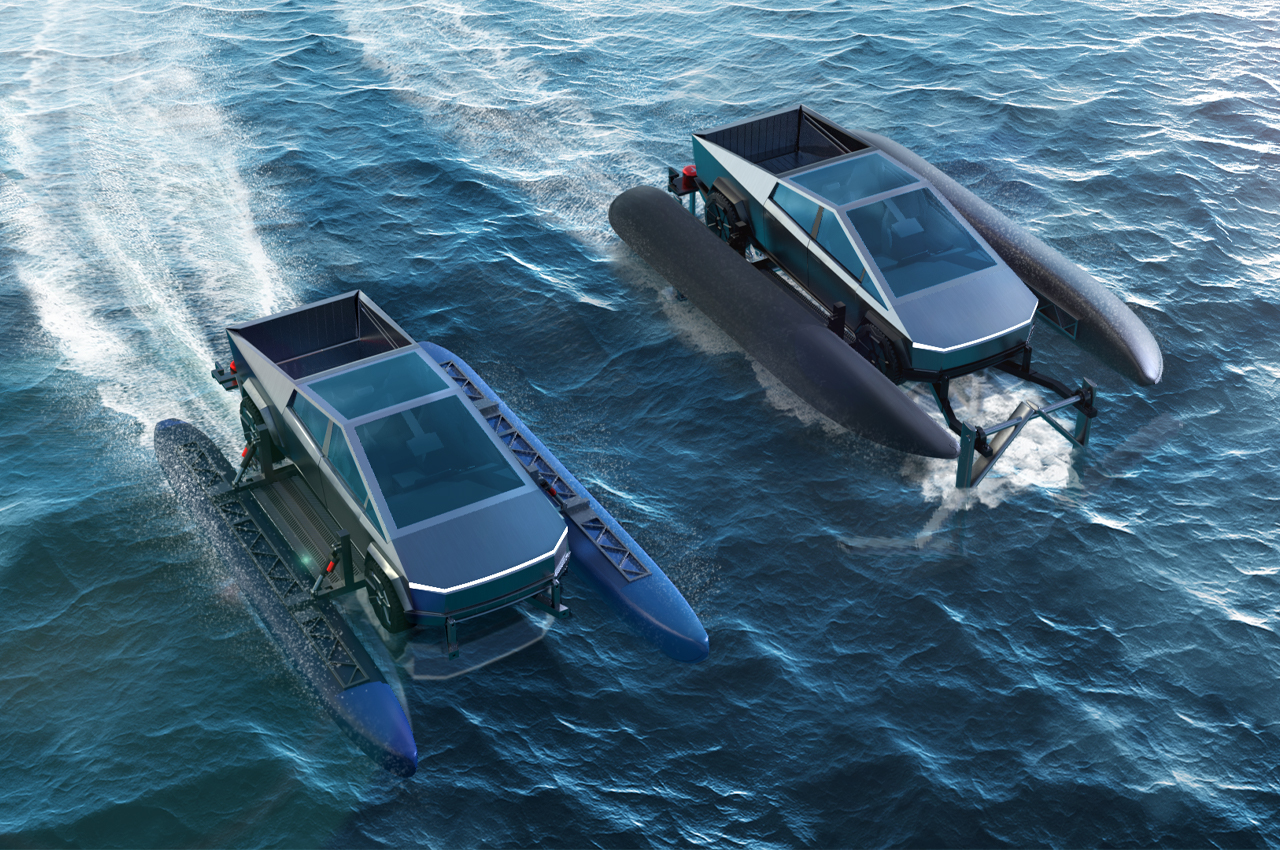 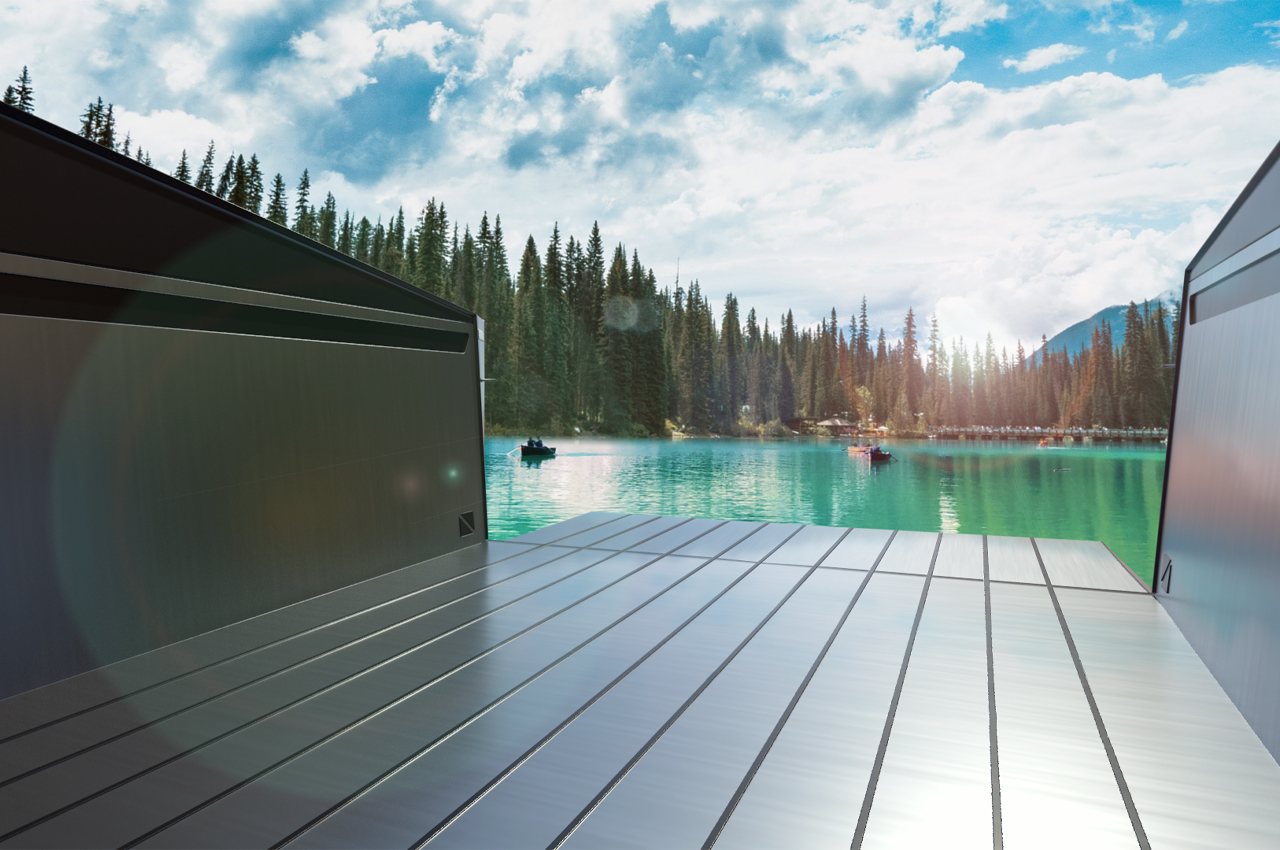 Diamond also advertises that Cybercat will be portable and easy to install once physical models of Cybertruck become available. Describing Cybercat’s assembly process, Diamond suggests, “Installation or breakdown can be completed by a single person in less time than it takes to launch a boat. All components fold or collapse into parts that can be easily stowed in the Cybertruck vault, preserving EV range during transport.” While the assembly process sounds efficient and dependable, Diamond has yet to integrate the various features of Cybercat with Tesla’s road electric vehicles. 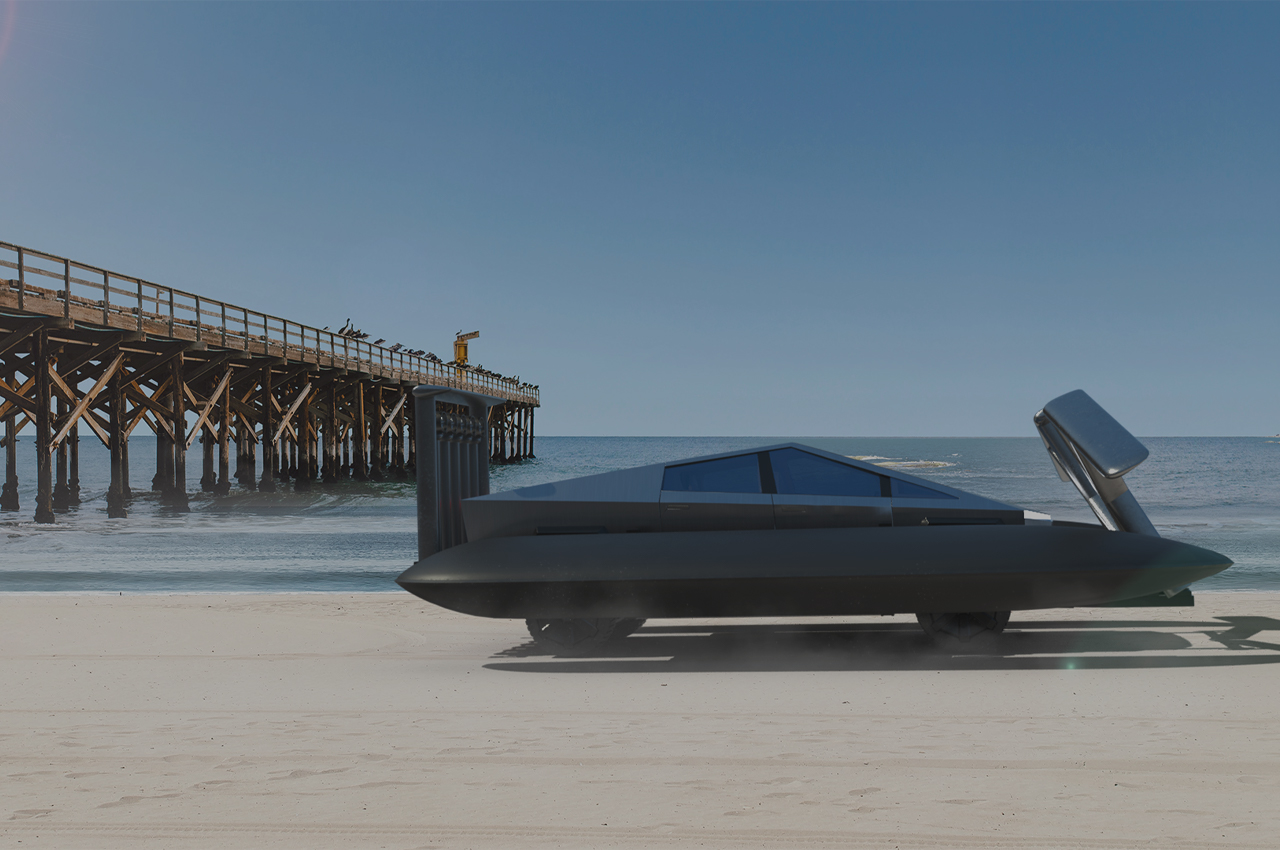 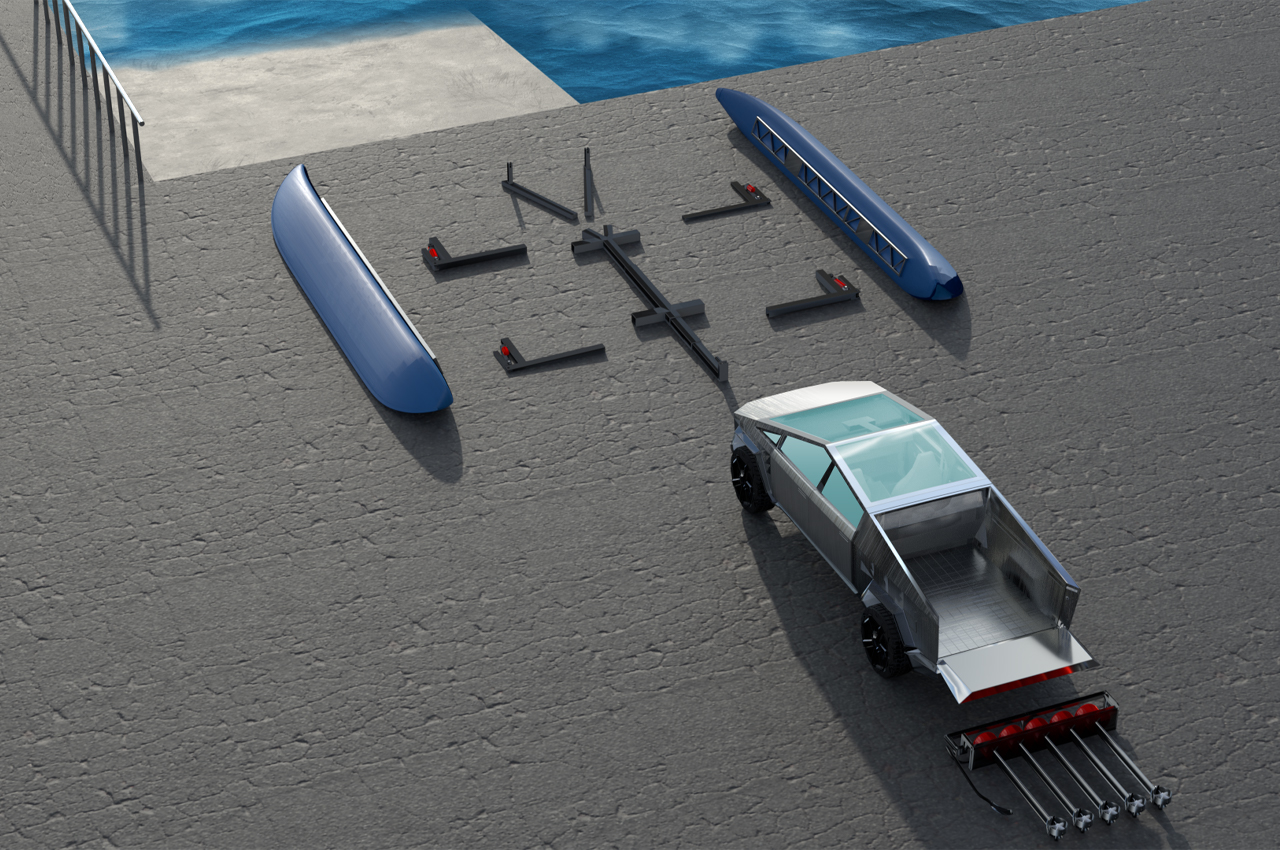 With the intent to collaborate with OEMs, Diamond hopes to alleviate the public’s skepticism over Cybercat by bringing this watercraft to the market. Costing upwards of $20,000, Diamond also promises hopeful customers that Cybercat will host an integrated suite of interconnected sensors, power/data connections, and pontoon pressure transducers that all work together to digitally verify every aspect of Cybercat’s assembly process was implemented correctly. Diamond goes on to ensure that, “built-in actuated jacks make contact with the vehicle lift points and automatically pre-tension the frame to the correct specification every time.” 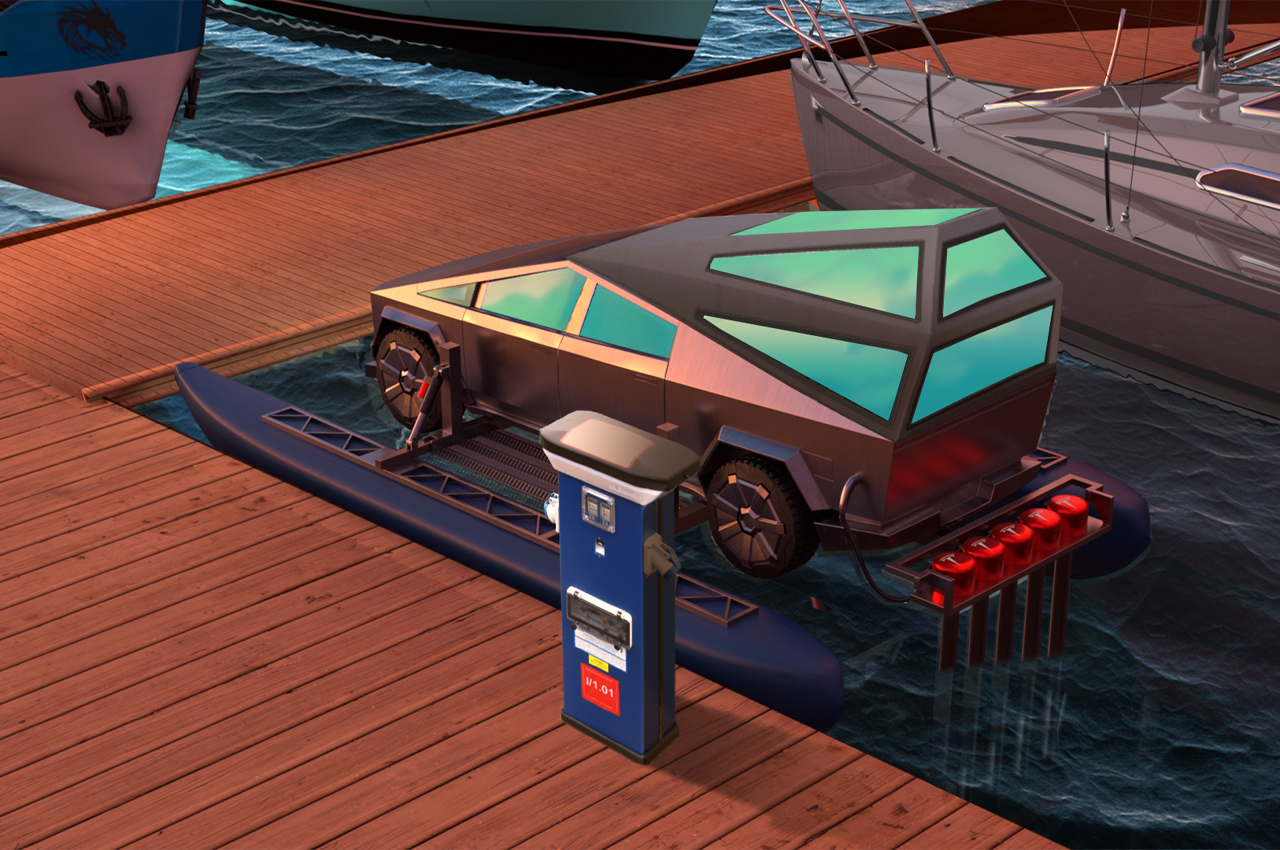 Although the public demonstration got called off due to dicey weather (thanks, polar vortex), NFT Inc. (not the crypto kind) was all set to reveal…

This Tesla Cybertruck-inspired moonracer is designed for exploration + fun on Tweel wheels!

While Mars remains the ultimate inhabitable destination for mankind, the moon’s surface is still unexplored. Rover missions to Mars have uncovered the secrets of the…

The AERO 3 is a performance machine inspired by design cues from Ferrari to Alfa Romeo!

There’s a little something for everyone when it comes to the Aero 3. Whether you like rare-bred racecars, whether you want to dominate roads, whether…