With an advanced 7-glass lens, a Sony CMOS sensor, and an algorithm that rivals even the ones found on a GoPro, the Lanmodo Vast M1 lets you easily capture what’s ahead of you and even behind you no matter the time of the day or the weather condition. It comes with an upgraded 75° FOV camera on the front, a wide 170° camera on the rear, and the ability to see as far as 984ft even at night, in clear 1080p Full HD… an industry-leading feature that other dashcams are yet to even catch up to. 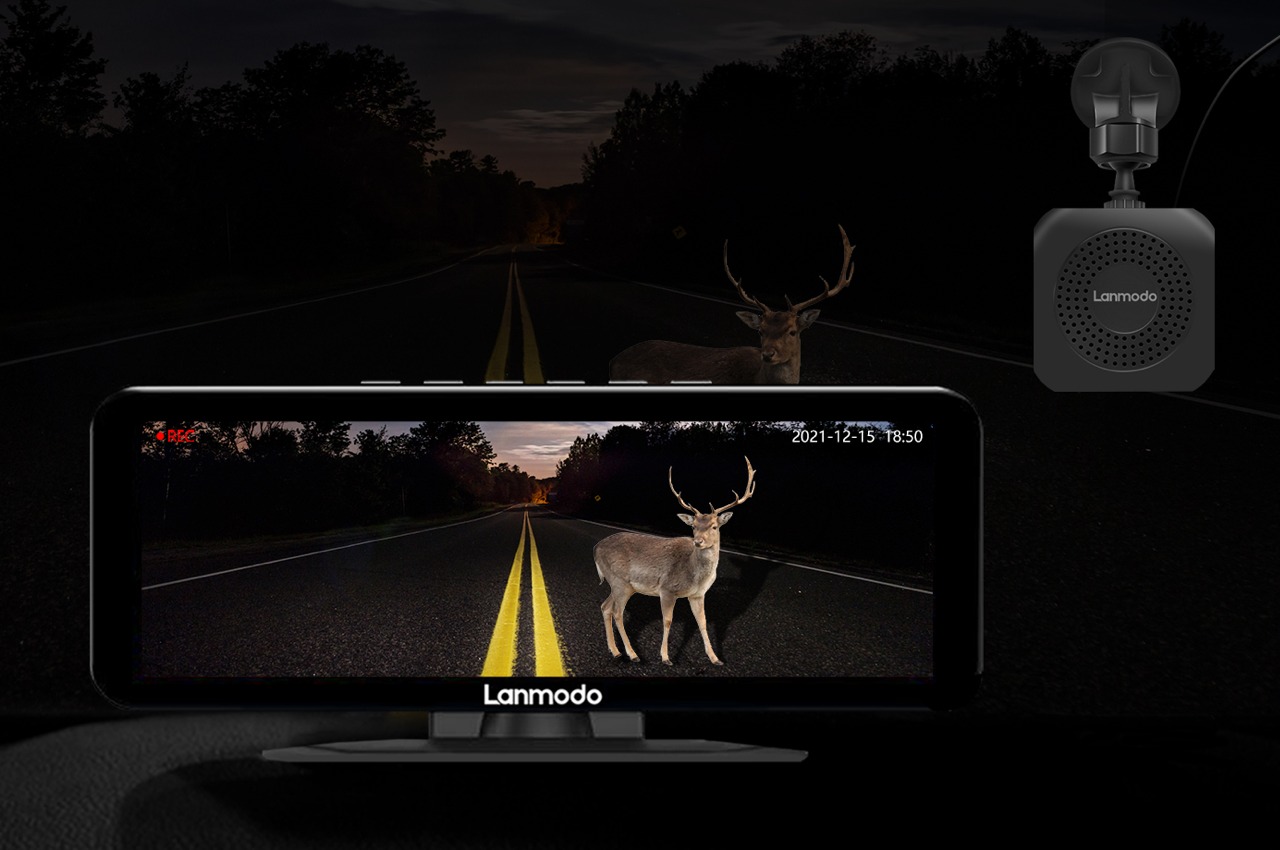 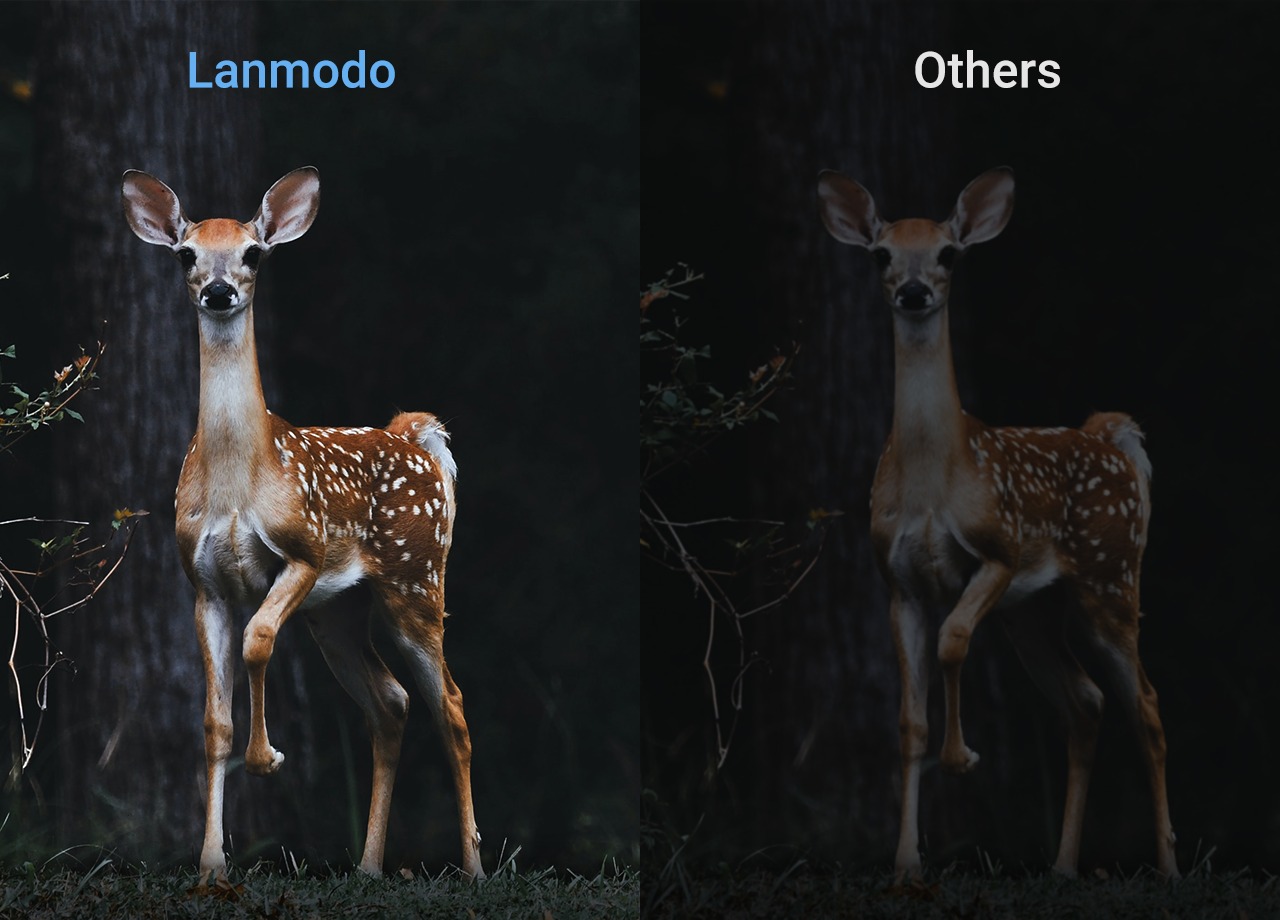 The Lanmodo Vast M1’s secret sauce lies in its night-vision abilities. The dashcam’s starlight-level low light imaging technology utilizes a Sony CMOS sensor with a 7-glass lens array and an aperture of F1.0 to achieve 0.0001 lux of night vision that vastly outperforms other dashcams in its class. A simple side-by-side comparison of the footage shows the stark difference in quality as the Vast M1’s camera makes footage taken at dusk look like it was captured in proper daylight.

An algorithm also maintains the video’s brightness and exposure, accounting for and managing bright objects like headlights that get overexposed in artificially brightened night-vision videos. 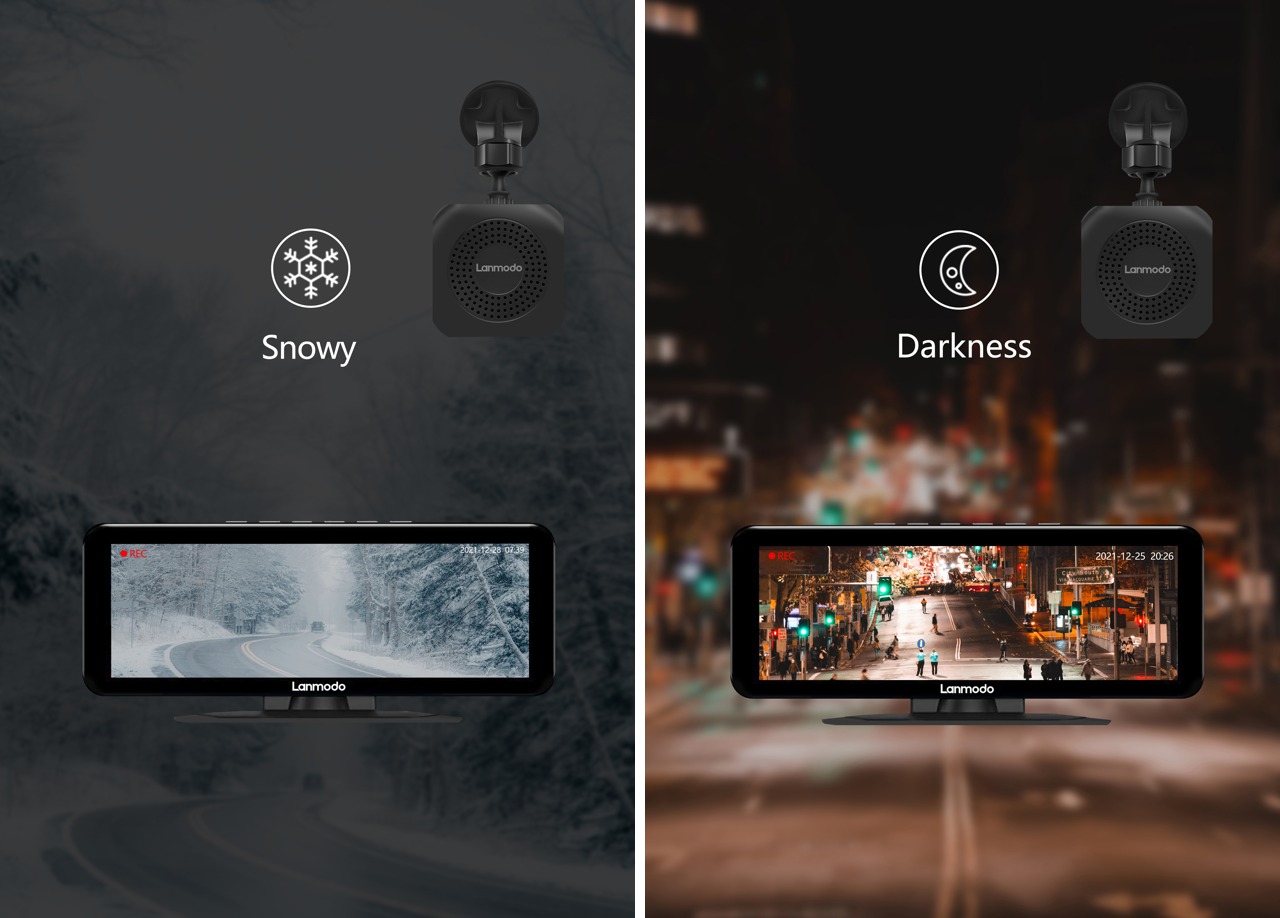 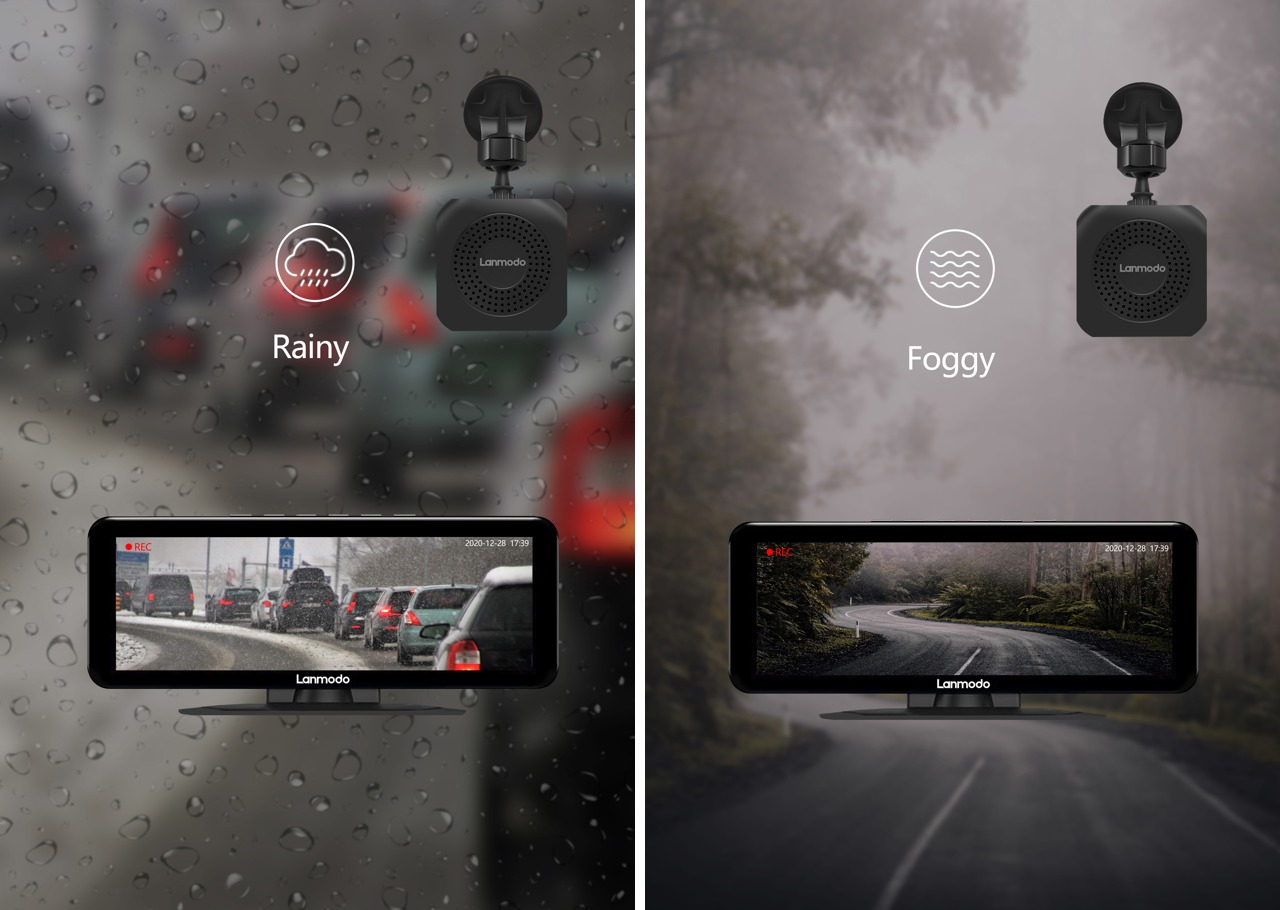 The dashcam’s image signal processing capabilities even help boost visibility in the bad weather, allowing the camera to see clearly despite rain, fog, and snow.

Video from both the front and rear dashcams gets fed to the Lanmodo’s 8-inch large display while also getting stored onboard on an SD card, with a capacity of up to 128GB of storage. The 128GB storage can record up to 28 hours of continuous video (when only the front camera is recording), with new footage rolling over the old footage to ensure 24-hours of continuous parking monitoring. A built-in collision detection sensor also helps the dashcam instantly record footage during an accident or impact, storing and logging it separately for you to review at any time. This video doesn’t get deleted or recorded over unless manually removed.

The Lanmodo Vast M1 comes in two units, a front camera + display that you can independently install at a position that gives you the least amount of glare, and an add-on IP67 waterproof rear camera (with the same night-vision tech) that you can freely place inside or outside the car.

Both cameras record at 1080p, and the front and rear cameras have a FOV of 75° and 170° respectively. Lanmodo’s software supports multiple languages, including English, Chinese (Simplified + Traditional), Spanish, Japanese, French, Korean, and Portuguese. The Lanmodo Vast M1 dashcam is available at a super early bird price of $199, with deliveries in April 2022.

This ‘Unstable’ Table uses a nifty center-of-gravity trick to make it an attention-seeking accent furniture piece!

Talk about putting the Table in Unstable, eh? The Pet Table, named for its odd, almost pet-like stance (it does look like an abstract dog…

Yet another intriguing concept from yacht enthusiast Hyun-Seok Kim. The Voronoi mega-yacht is named after the voronoi pattern of the irregular honeycomb lattice structure that…

Last year, the Bium wifi router took home the Bronze award from the Asia Design Prize for its unique mission: to help users disconnect from the…