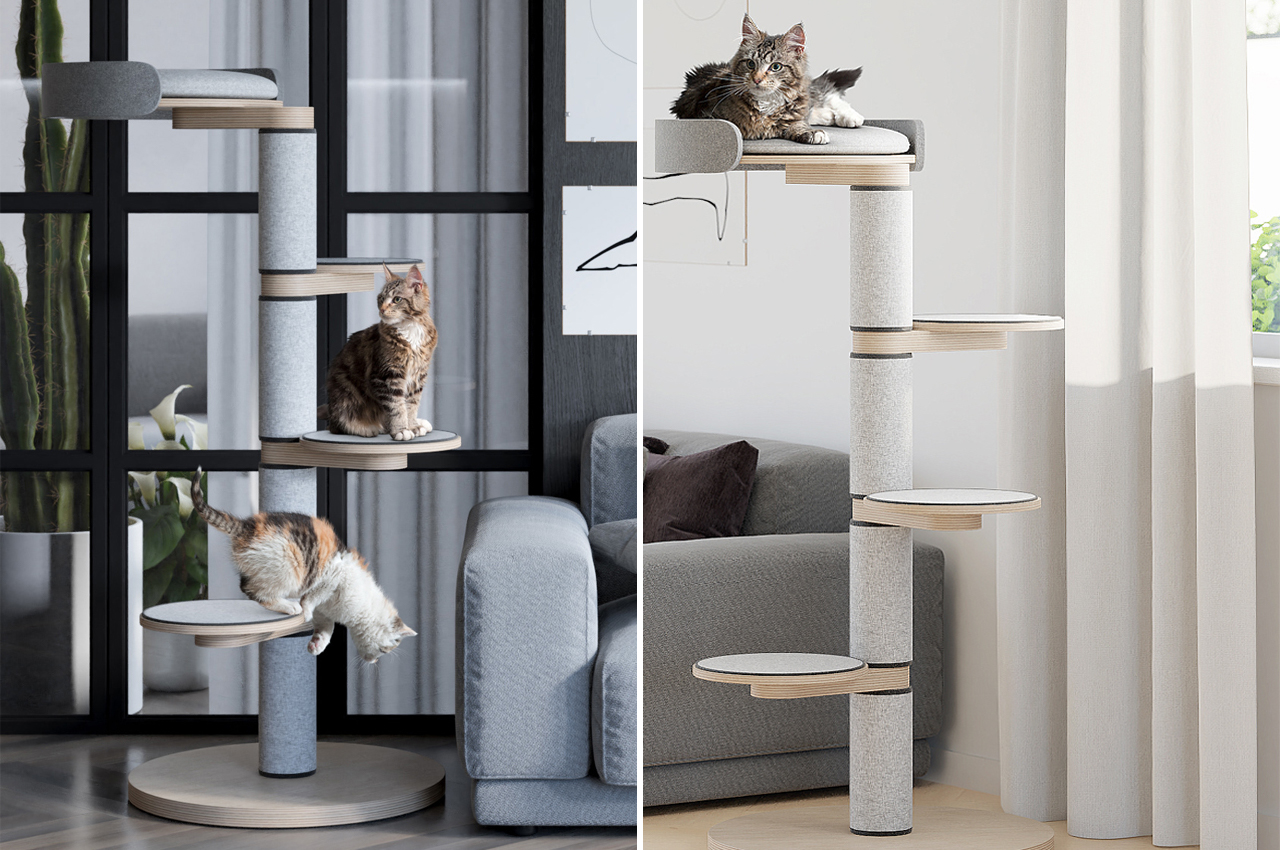 Float is a flatpack cat tower with built-in scratching pads that can be assembled in just a few steps.

Keeping cats entertained is a losing game. With all of the toys we buy for our feline friends, they still seem to prefer the armchair for scratching and balls of yarn for chasing. But then, that rare piece of furniture comes along made specifically for them that becomes their favorite spot for a midafternoon cat nap. 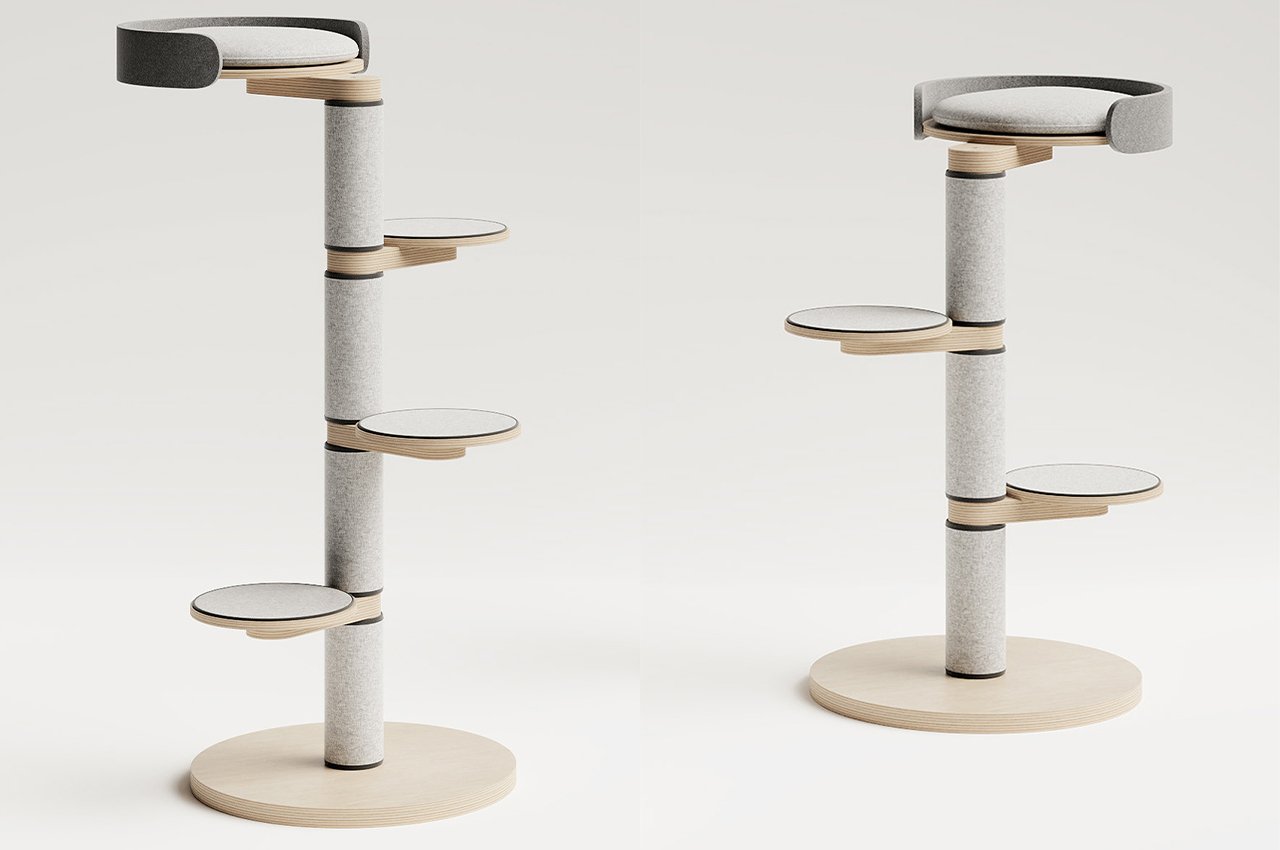 It might come through as a scratching post that catches their claws in just the right spots, or a cushioned bed that’s snugger than the corner of the couch. Or, it might be Float, a four-tier cat tower designed by João Teixeira that blends versatile design with comfort and simplicity. 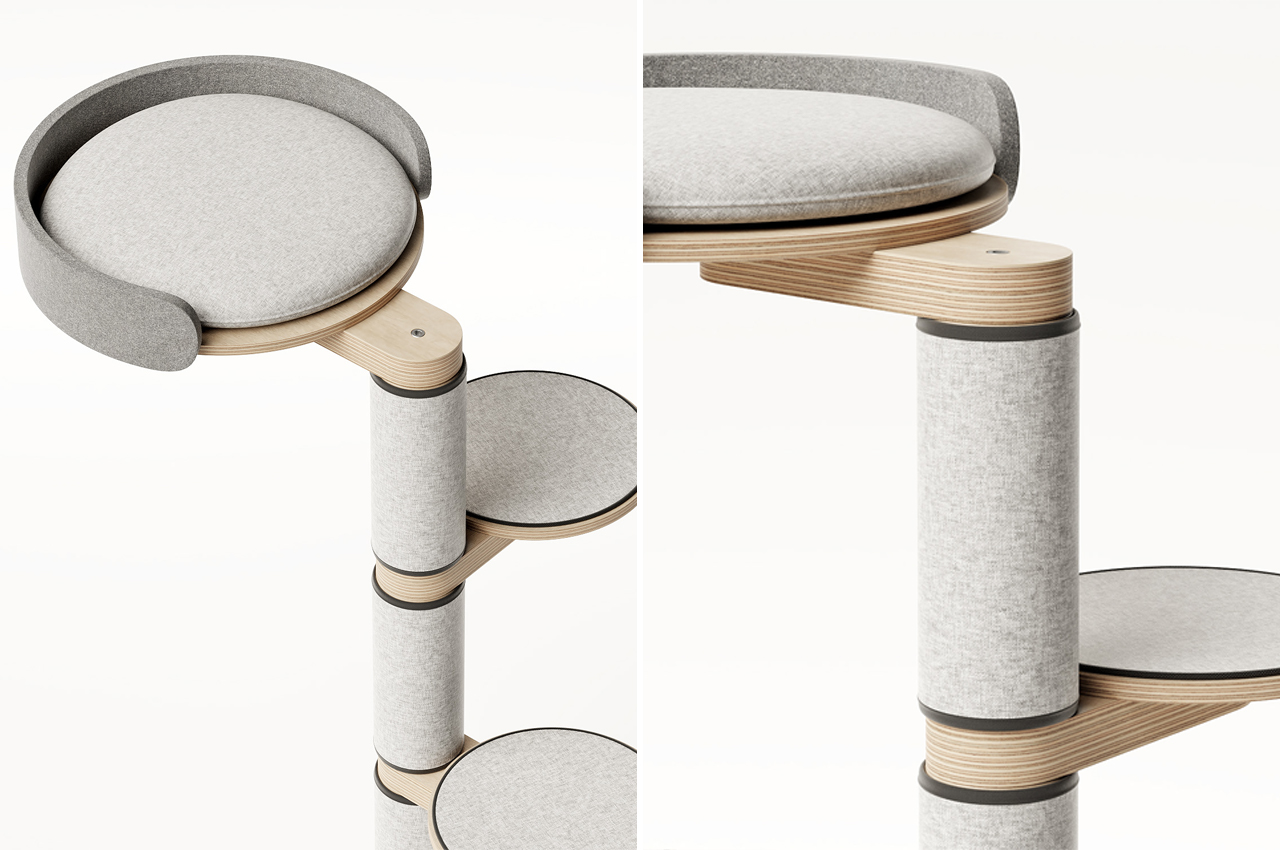 Amounting four levels, Float is a flatpack cat tower with integrated features like scratching posts and movable seat rests. Following a client’s specifications and criteria, Teixeira designed Float so that it would blend into any modern home. Taking on a Scandinavian-inspired overall look, Float achieves a minimalist profile through natural, unstained wooden rods as well as cool, gray felt cushions. 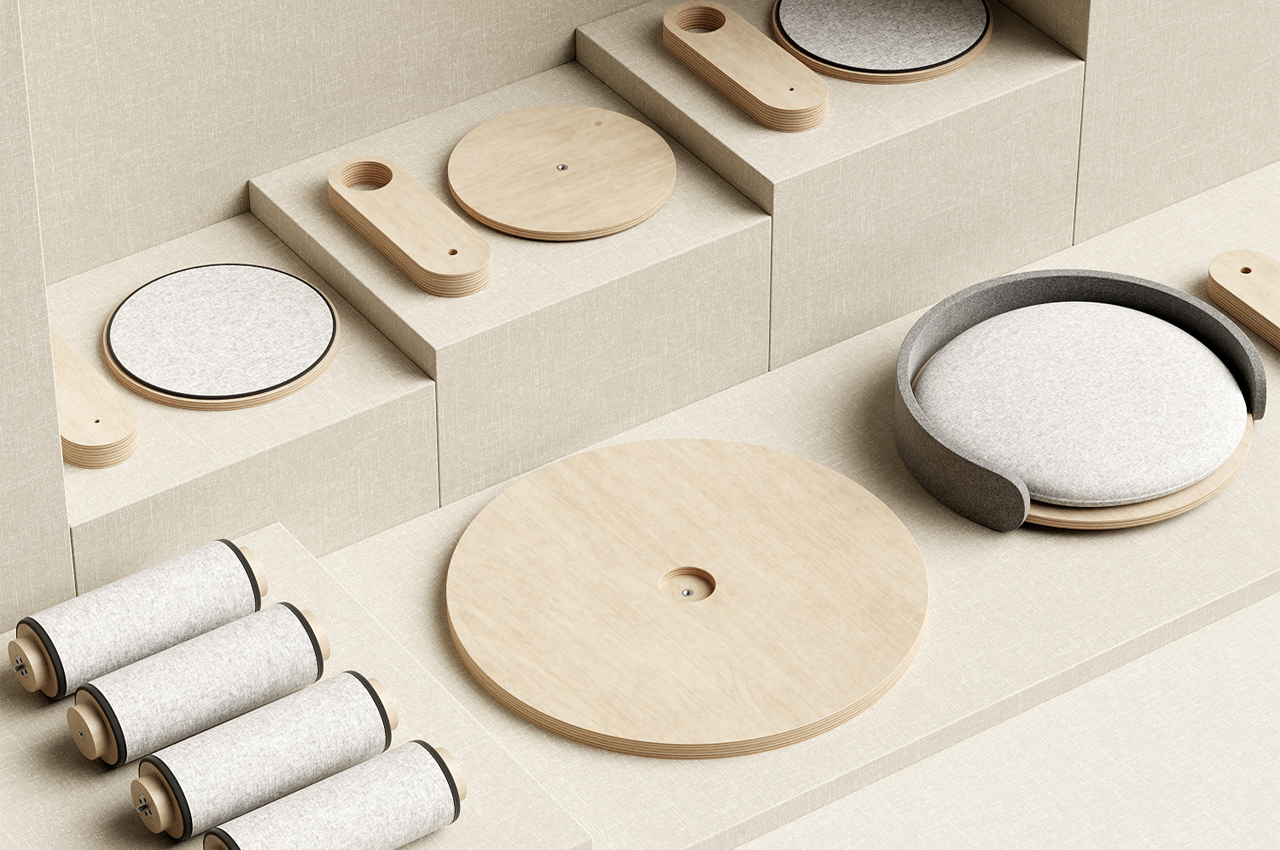 From its final look to its assembly process, Float was designed to optimize functionality and versatility. Opting for a vertical, single tower build, Float is aptly sized for smaller homes as well as larger living rooms, fitting snugly in any corner of the room. Comprised of only a few parts, Float has been given a plywood base that bolsters wooden rods connected to one another by elastic tubing. 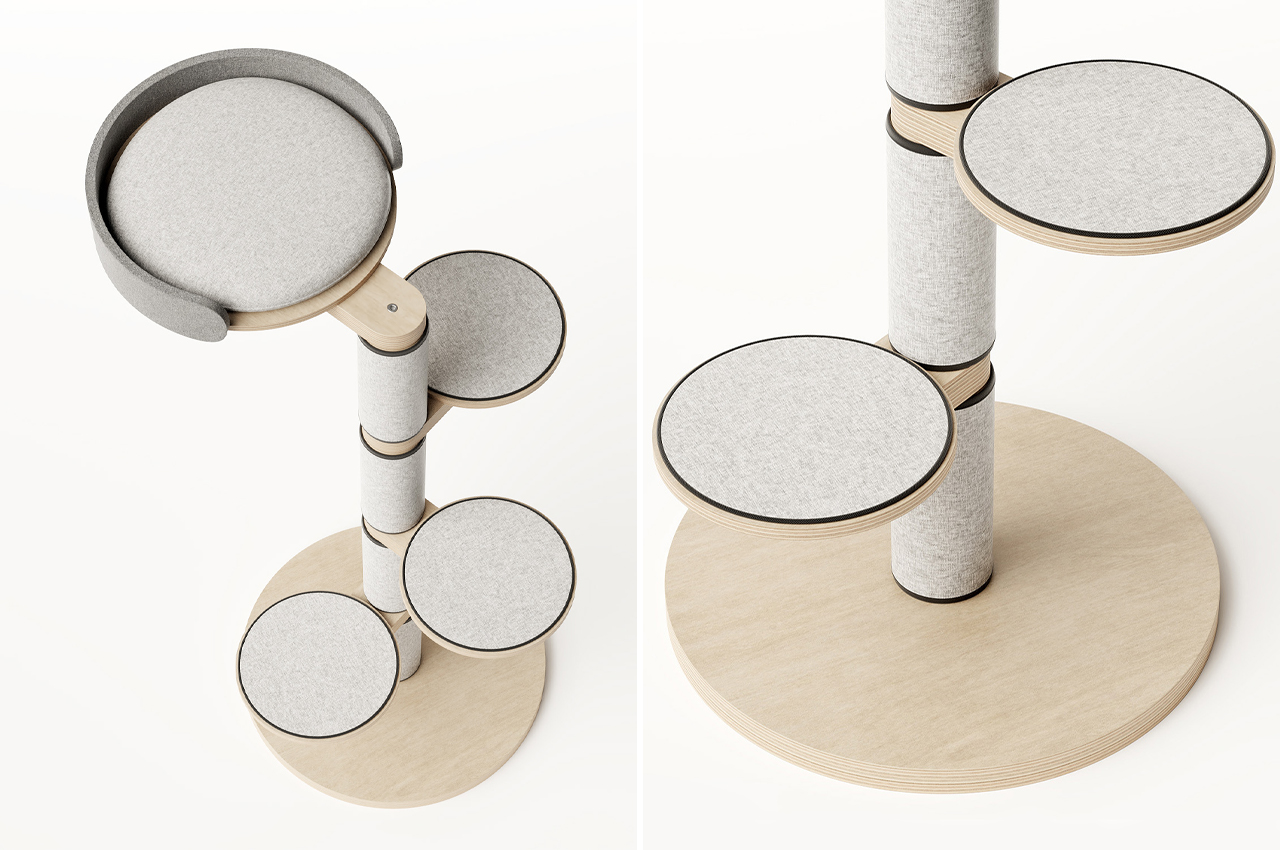 Throughout the main wooden rod’s length, Teixeira incorporated scratching posts so that cats will always be within paw’s reach of a scratchy surface. Before tightening the whole tower together, cat owners can adjust the distance between each felt pad as well as the overall height of the Float cat tower. Based on an assembly process of threaded wooden rods, the height can be adjusted by adding or removing modules.

These indoor gardens made from natural lichen are customizable, maintenance-free, dust & insect proof!

We have all spent more time indoors this past year and have found different ways to bring nature into our space. One hot trend is…

Necessity has always been the mother of invention. That is why limited space is something the Japanese have become experts in. So it is no…

IKEA’s iconic Allen key has grown up into a quirky lamp created by a Japanese design studio!