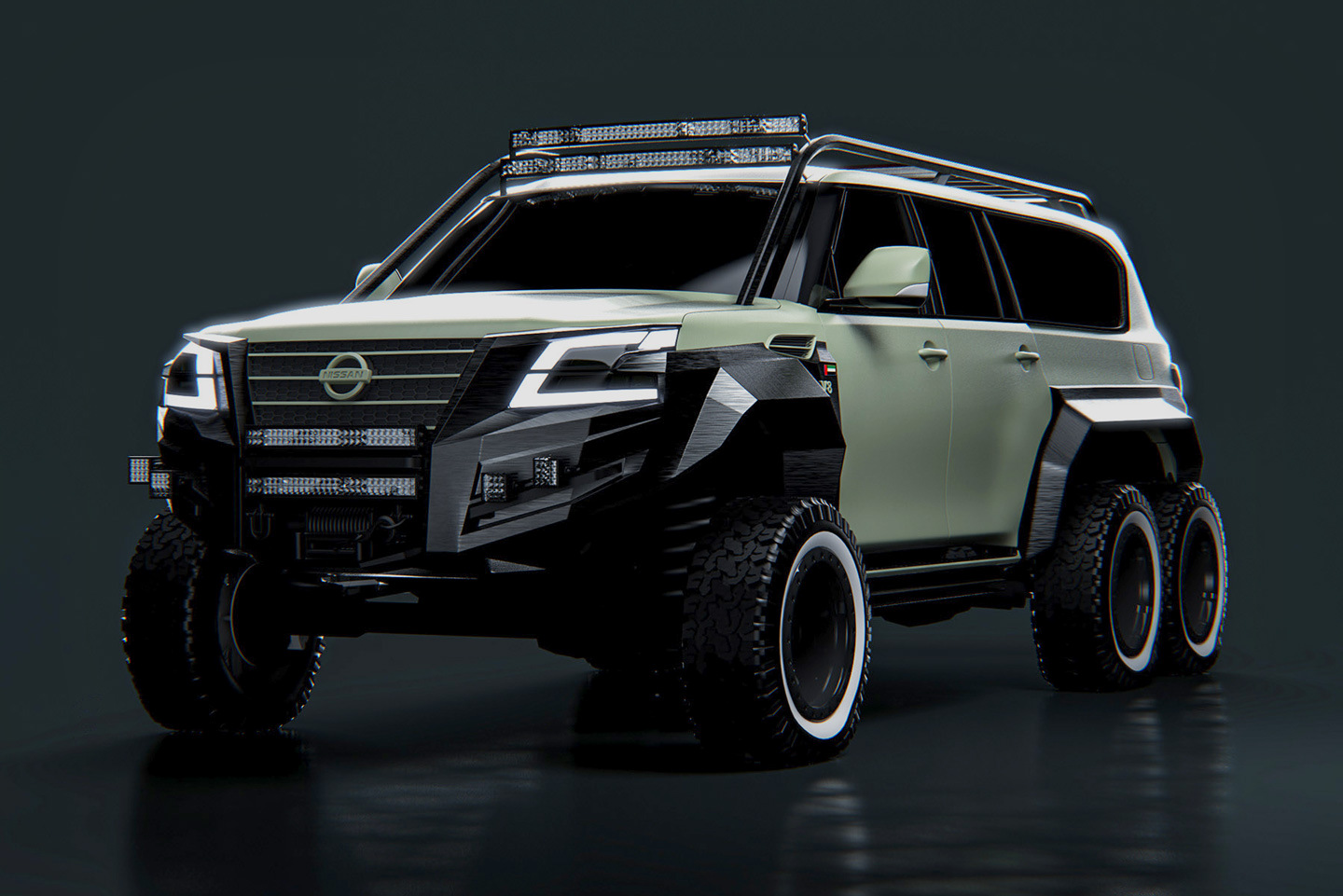 Modeled on the larger-than-life presence of cars like the Nissan Rogue, the Nissan Patrol is a hulking 6×6 concept that’s designed to command authority and enforce the law.

The work of UAE-based automotive designer Nazar Eisa, the Nissan Patrol concept was created for a client based out of Abu Dhabi. With its massive body resting on six wheels, the car clearly isn’t meant for the faint of heart. Rendered in olive green as well as a special camouflage paint-job, the car’s assertive presence is entirely intentional. The name suggests that it’s less of a recreational vehicle and more of a patrol car designed for military, SWAT teams, and other rapid-response security personnel. 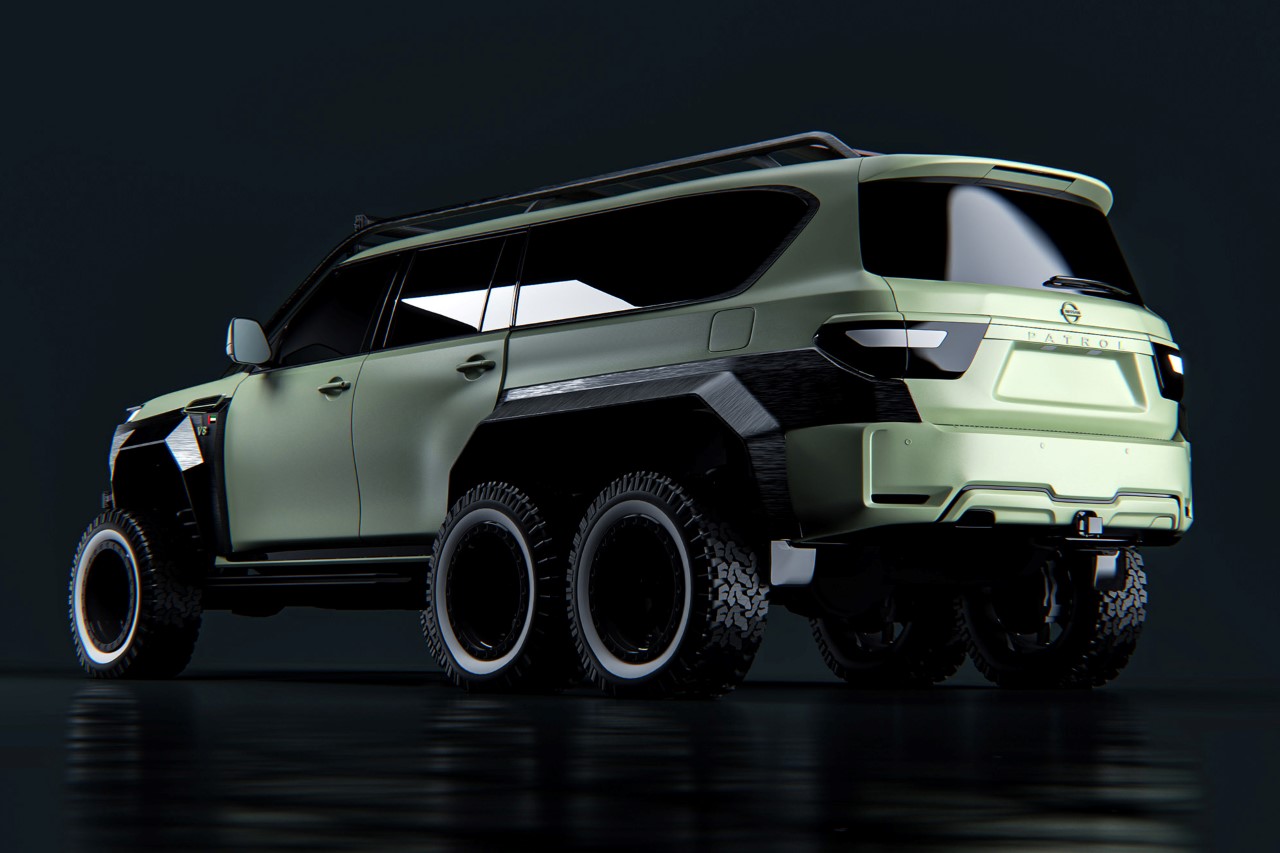 The Nissan Patrol concept is a successor to the existing Patrol line of long wheel-base cars from the Japanese company, dating back to as recently as 2017. The 2017 Patrol (also called the Armada) saw a lot of success in parts of Asia and the Middle East, where it was, in fact, marketed as a military vehicle. This current Patrol concept is no different, although it does come with a staggering 6-wheel drive, and a massive elongated body that has big pick(up) energy… (see what I did there?) 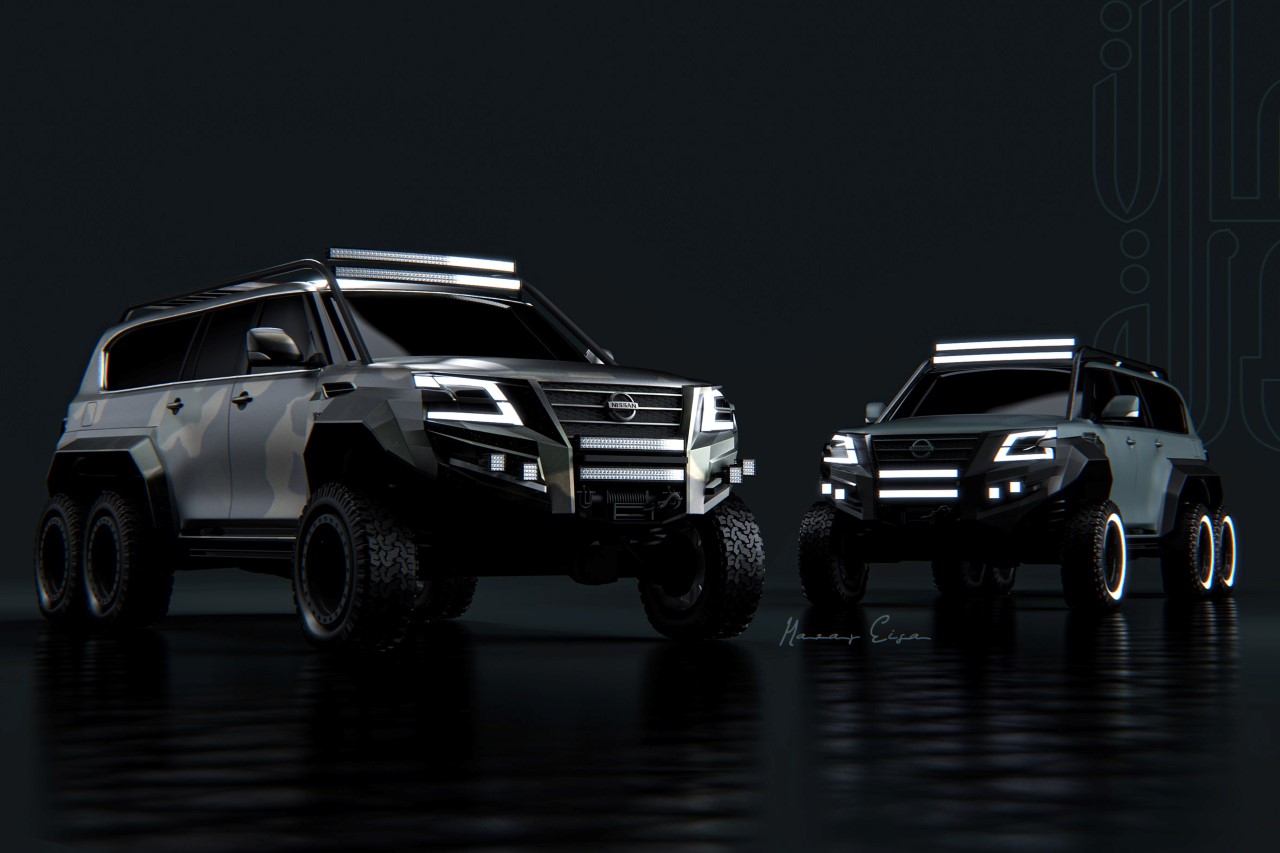 While we have no view of the car’s interiors, the exteriors definitely indicate that it’s meant for a wide variety of scenarios. The incredible ground clearance makes the Nissan Patrol concept highly capable on rough terrain – a feature that’s further empowered by the Patrol’s 6-wheel drive. The car’s also outfitted with your traditional headlights as well as fog lights on the top and around the bumper for increased visibility. In short… you can run from the Nissan Patrol, but you can’t hide from it! 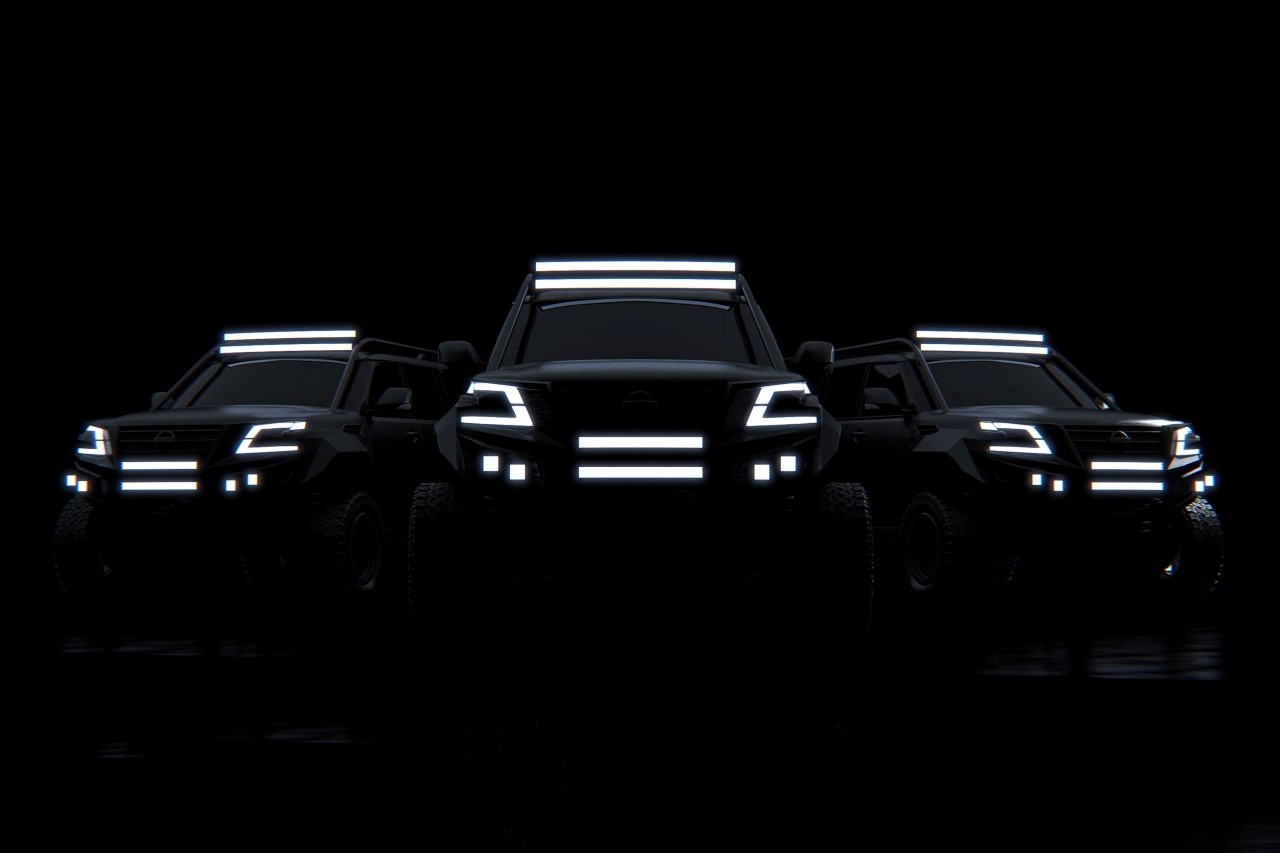 A Twist on the Self-Driving Truck

The age of autonomous vehicles is upon us and the trucking industry has already caught the self-driving fever! The Volvo Autonomous Trailer AT404 is a…

An Audi for your Wet Dreams

In my opinion, Audi exemplifies the essence of German minimalist elegance. Never known for pretentious or over the top designs, the Ingolstadt, Germany company has…

The EVE LUX’s “silver-surfer aesthetic” makes it a class-apart motorbike!

A combination of aerodynamics and futurism, with an overwhelming amount of chrome-finishing, the EVE LUX by Bandit9 is a bike that’s better enjoyed as a…

At 205 mph top speed, this salt-lake racer aims at being the world’s fastest e-bike

If the Voxan Wattman physically reminds you of the shape of a bullet, it’s completely intentional. Meet the Wattman, an e-bike vying for the position…