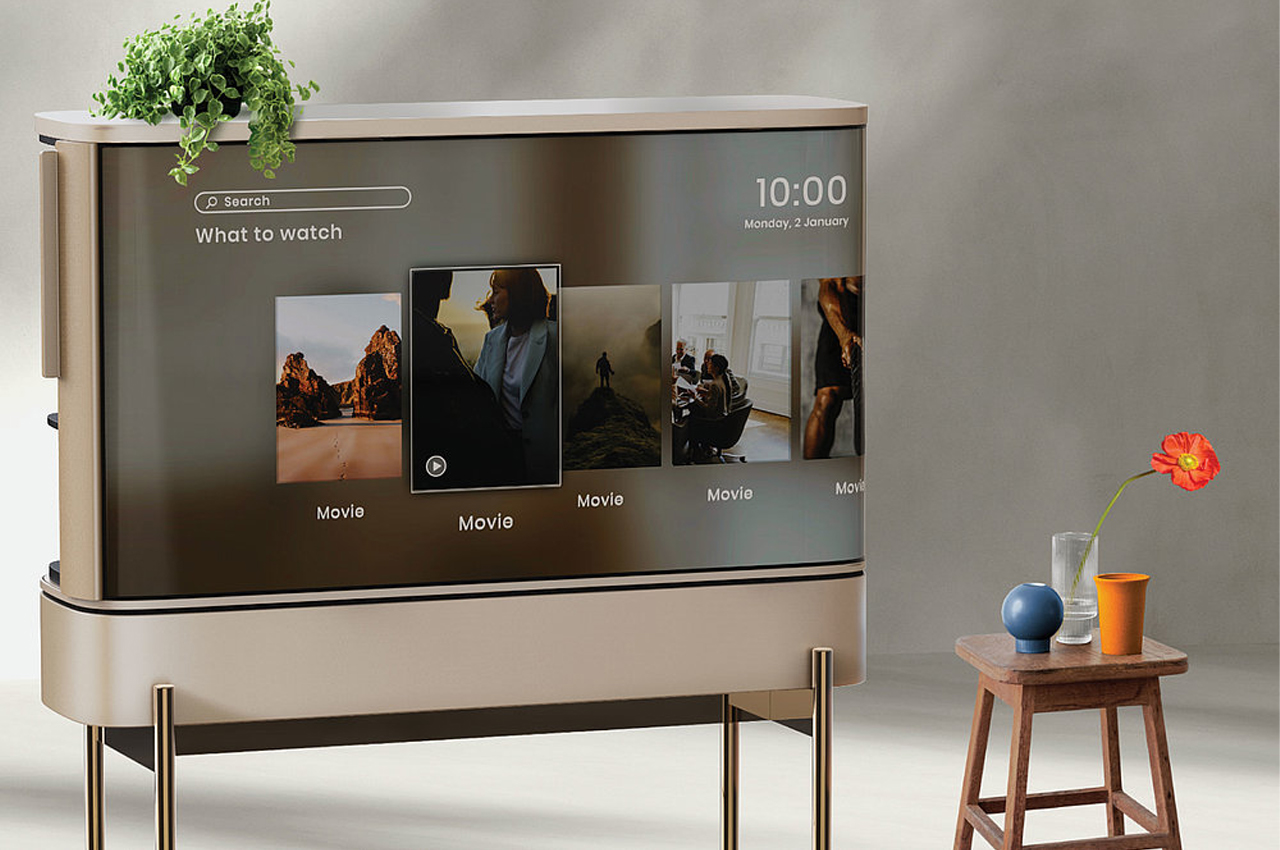 Giro is a multifunctional television with a retractable display screen that slinks away to transform the TV set into a simple bookshelf.

Living rooms are more like multipurpose rooms. We use our living rooms for everything from watching television to working out, and from eating dinner to doing homework. Taking a traditional living room setup, sometimes it’s not the space, but the single-purpose appliances within the space that limit all of the living room’s potential. South Korea-based designer Park Yoo Jung has developed Giro, a television that transforms its facade according to users’ changing needs. 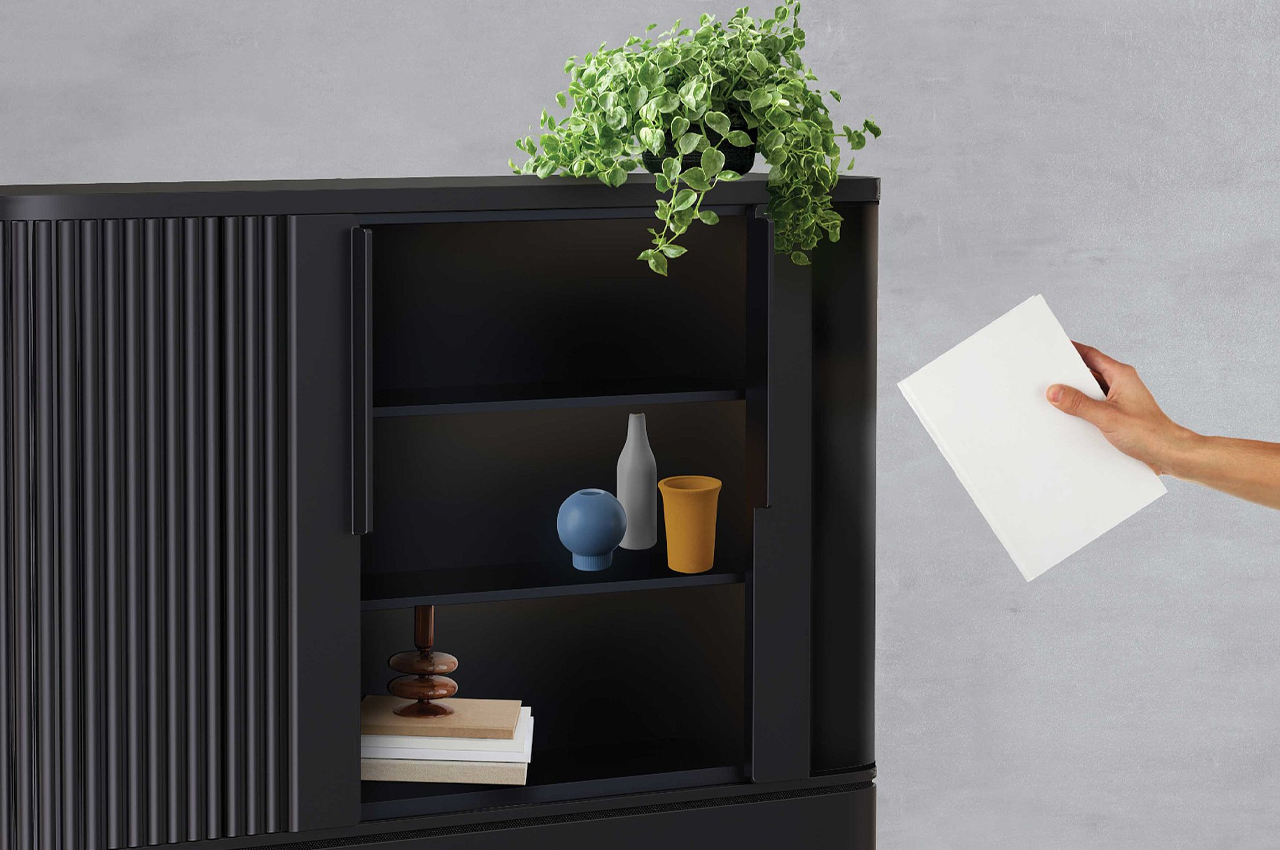 To help facilitate all that our living rooms can provide, Giro morphs from a conventional smart television into a simple bookcase with the click of a button. Recognized by the Red Dot Design Awards in its Best of the Best category, Giro is the multifunctional living room appliance that creates customizable spaces as your needs change.

For the occasional living room workout between your lunch hour and the night shift, Giro maintains its initial form as a smart television so users can broadcast exercise classes to follow. Of course, Giro operates as an everyday television when needed, projecting movies and television shows chosen from a programmed catalog. 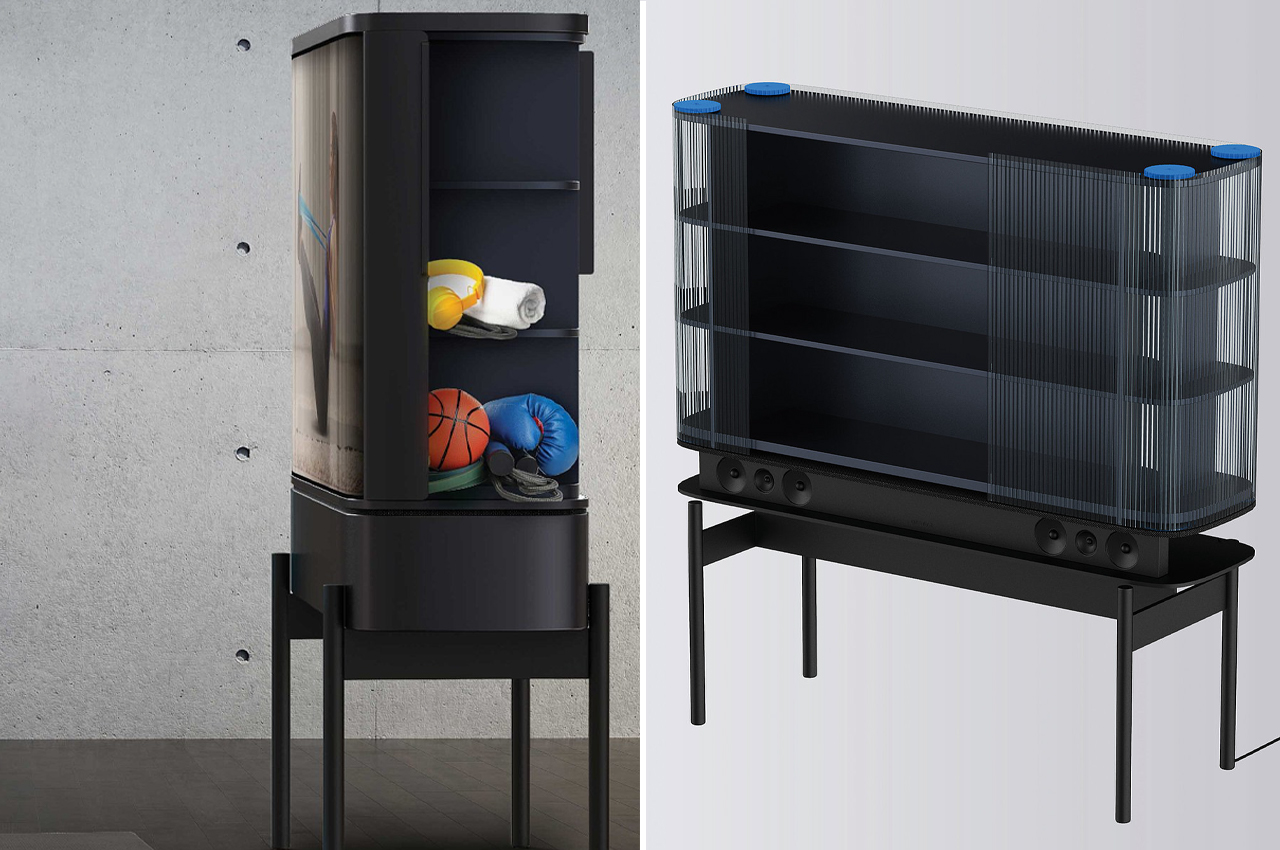 When users would like to transform their Giro television into a screenless bookcase, the rotating projector slinks behind the main platform to remain out of view for evenings spent reading in the armchair or beneath the bay windows. Once the projector screen is retracted, users will find a minimal, yet sturdy bookcase where they place artworks and books on display. 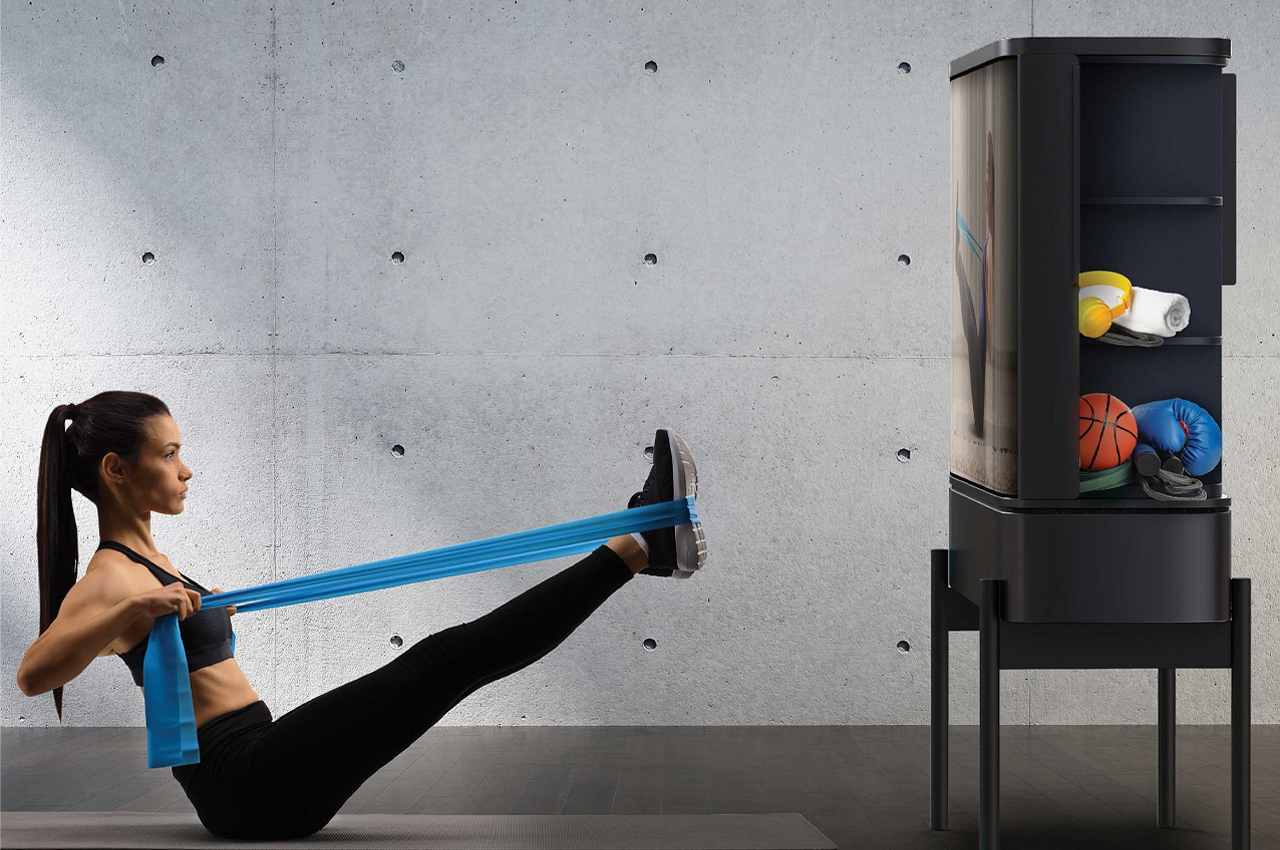 Put A Knob On It

Moving habits is an experimental installation where by knobs are placed on almost everything. Normal convention solicits us to pull on anything with a knob…

Specialized Quarters For Your Plant

Hydroponics is a method of growing plants using mineral nutrient solutions, without soil; and the Eve Lamp here allows you to do just that. It…

Flat pack chairs aren’t anything new but this transparent plastic chair by Taiani Vincent uses no glue or nails. It’s just a matter of lining…