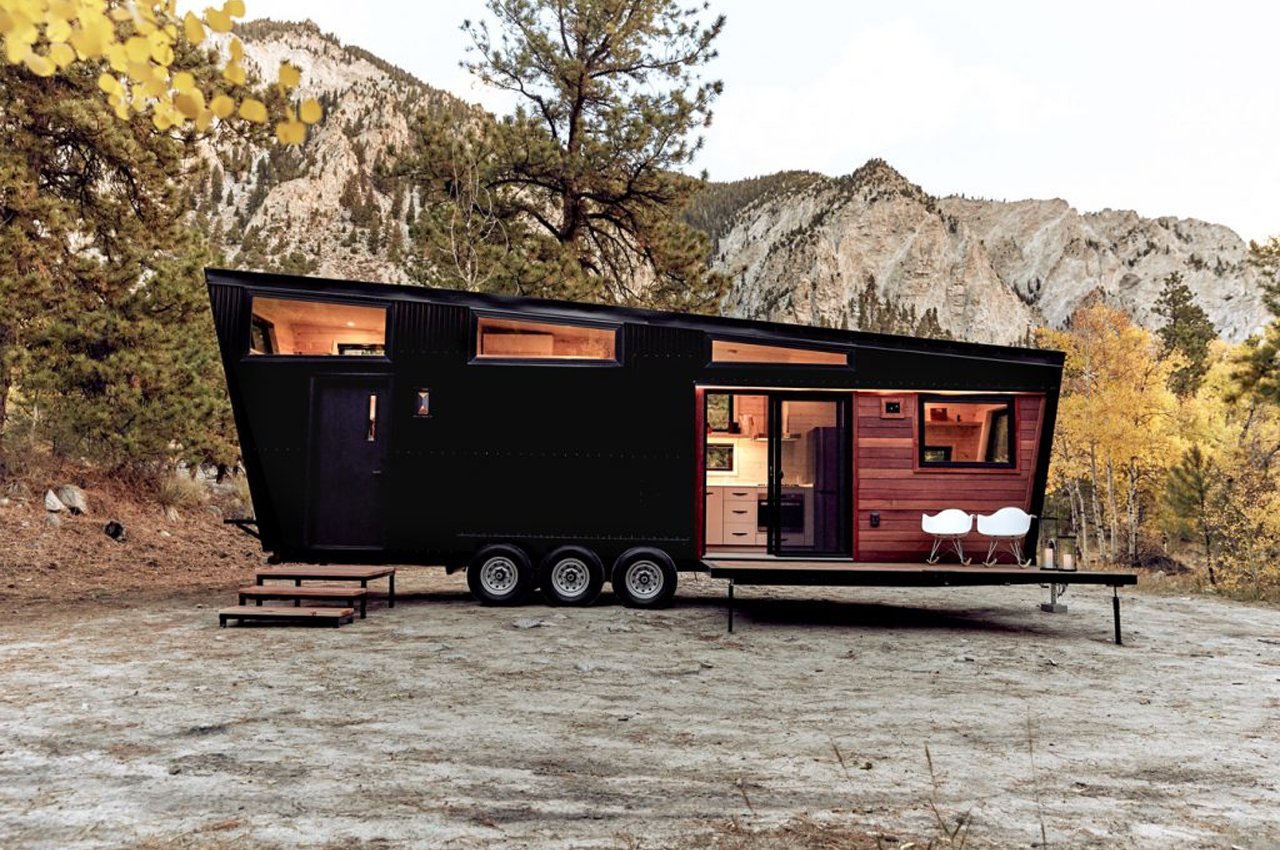 The Draper is a tiny home from Colorado-based RV company, Land Ark that features a mudroom, clerestory windows, and versatile interior design elements to find a balance between adventurous spontaneity and homelike comfort.

If you’re interested in tiny homes, chances are you’re itching for a getaway. Across the world, tiny homes have become the minimalist solution for those of us looking to downsize and relocate in the meantime. While some are built into the landscape they rise above, other tiny homes are wheeled to their new locations. 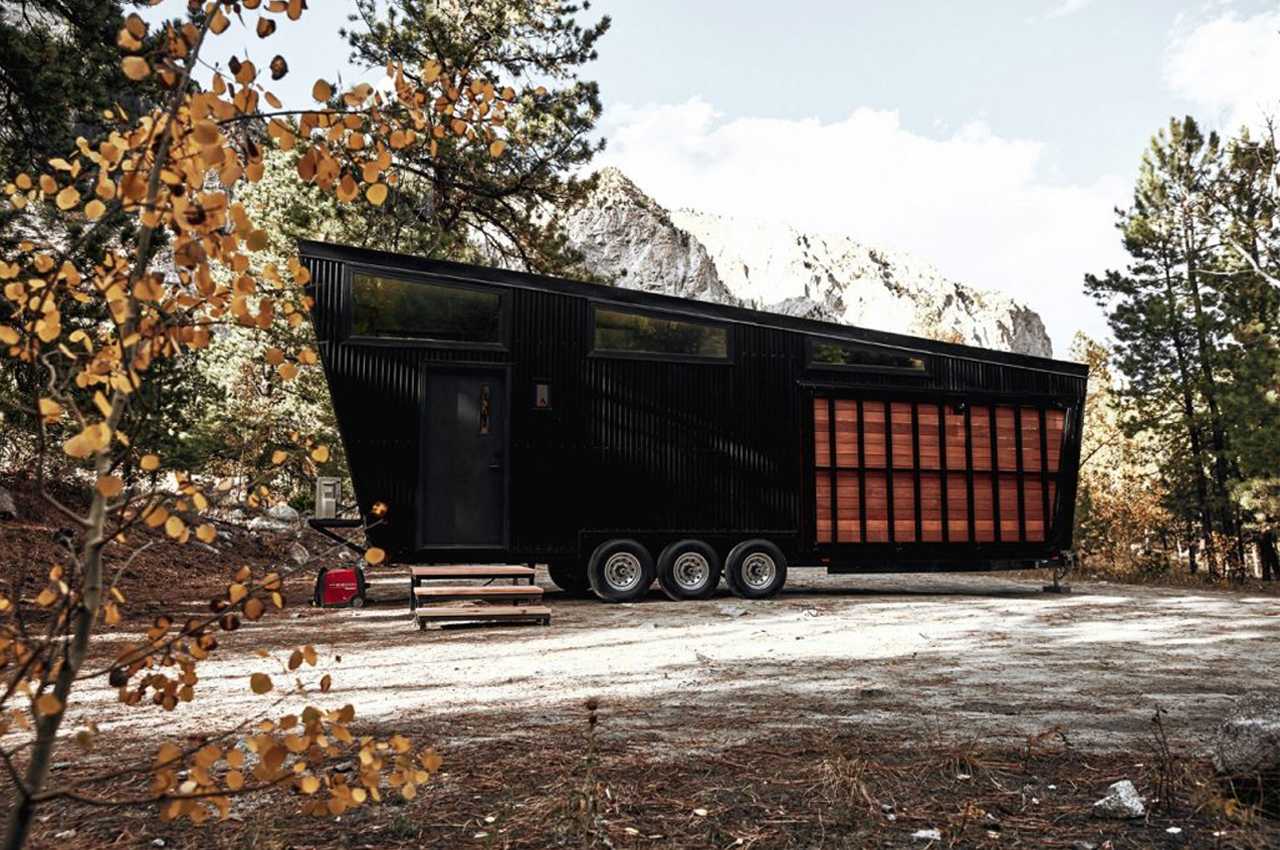 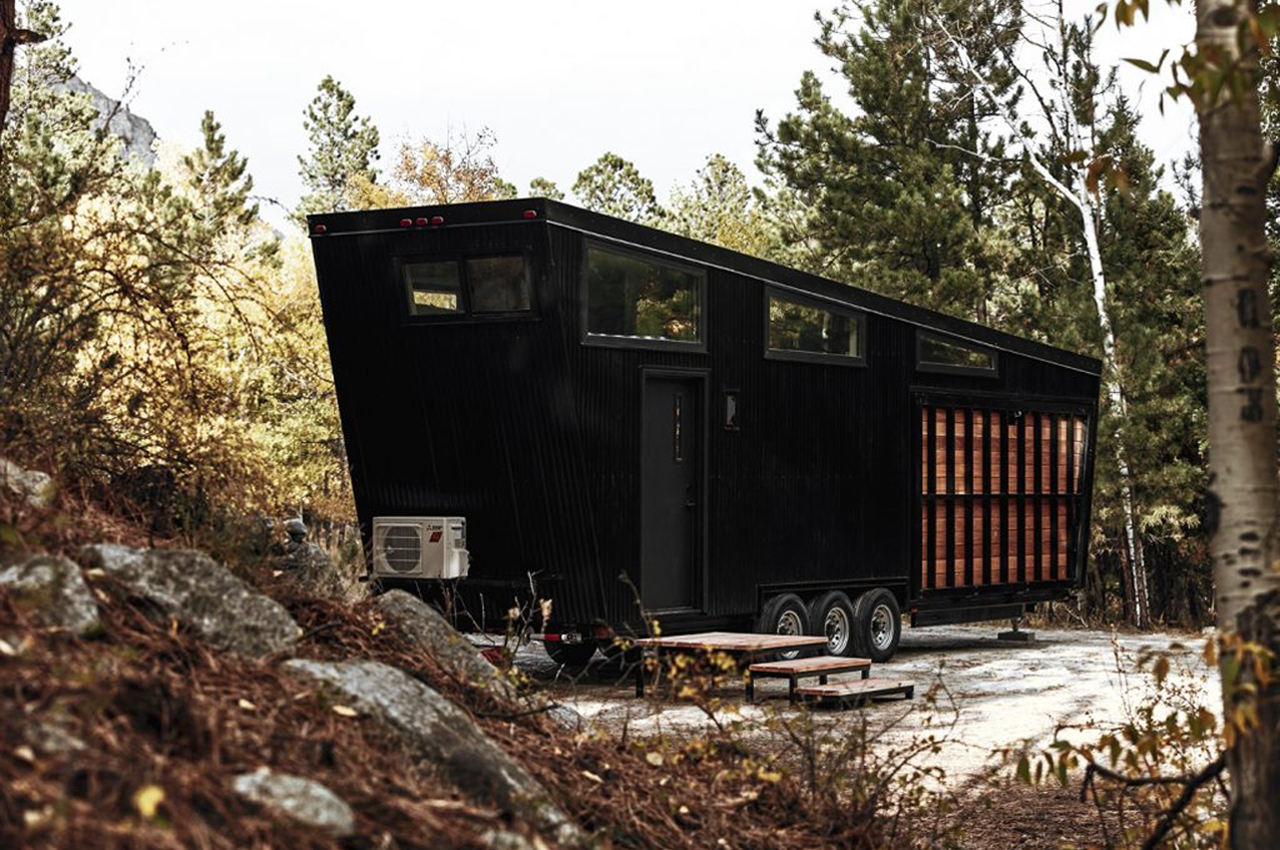 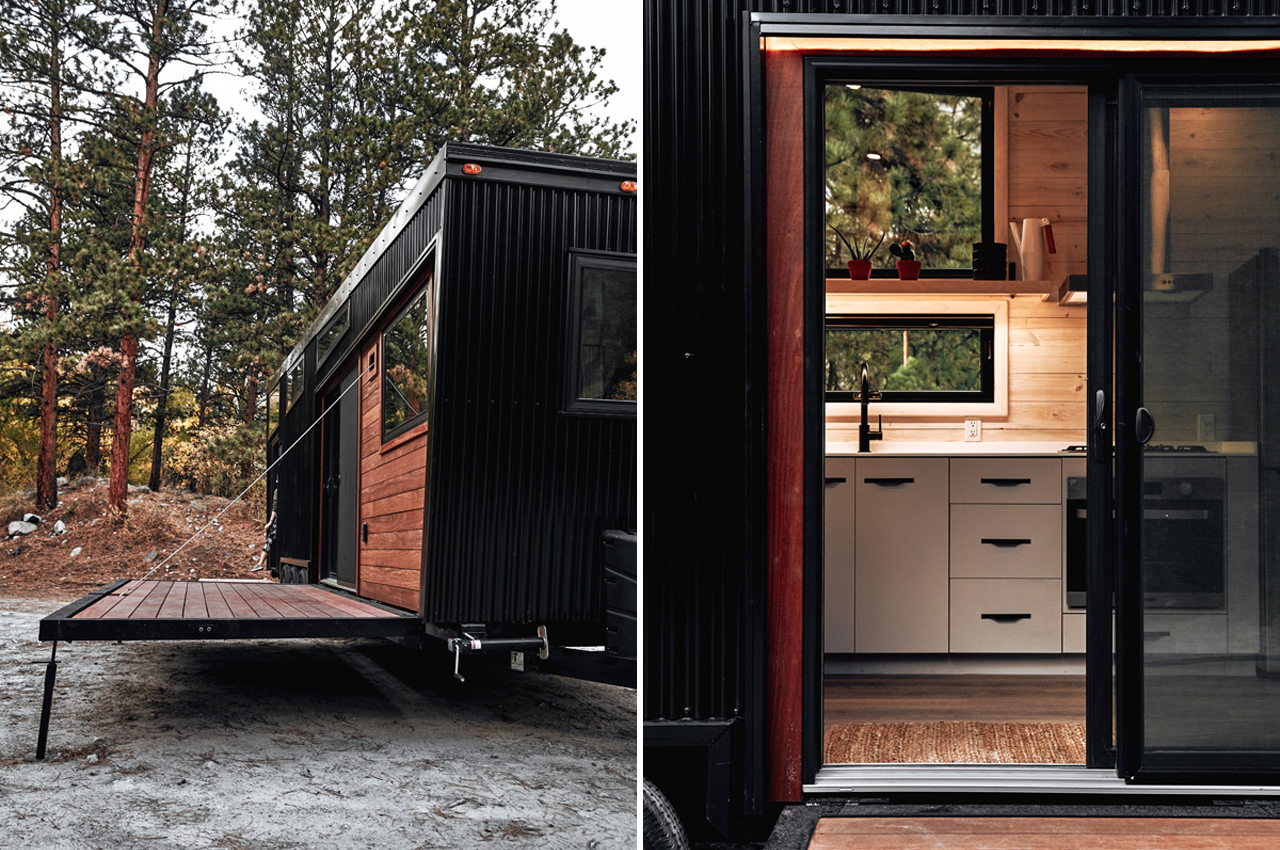 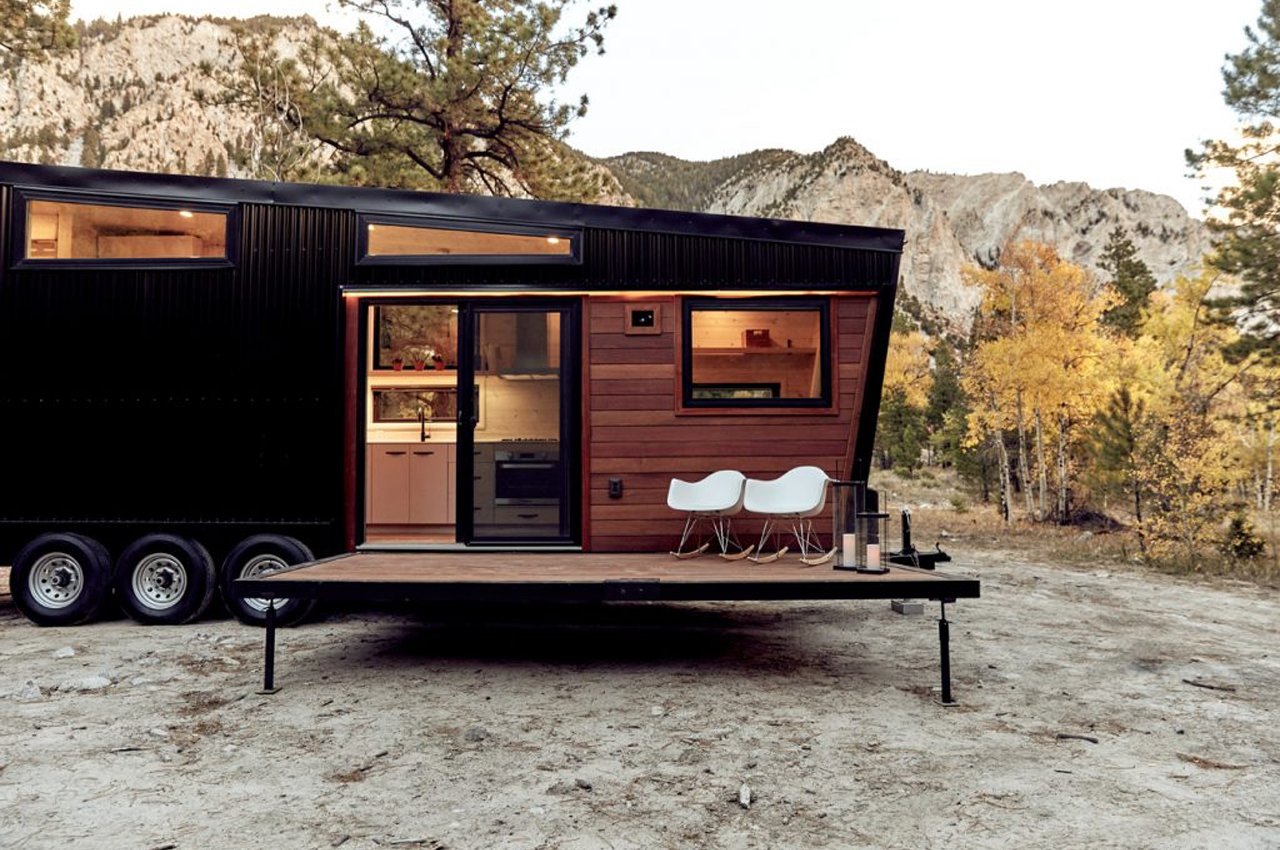 From the outside, the Draper exudes mystery with black corrugated steel cladding on all sides. Shaped almost like a reversed trapezoid, the Draper unfurls its all-black exterior to reveal a Cumaru fold-down deck constructed from renewable Brazilian hardwood. When unfolded, the Cumaru deck provides the Draper with a cozier appearance that immediately asserts the RV as a homey oasis designed to get away from the humdrum of everyday life. 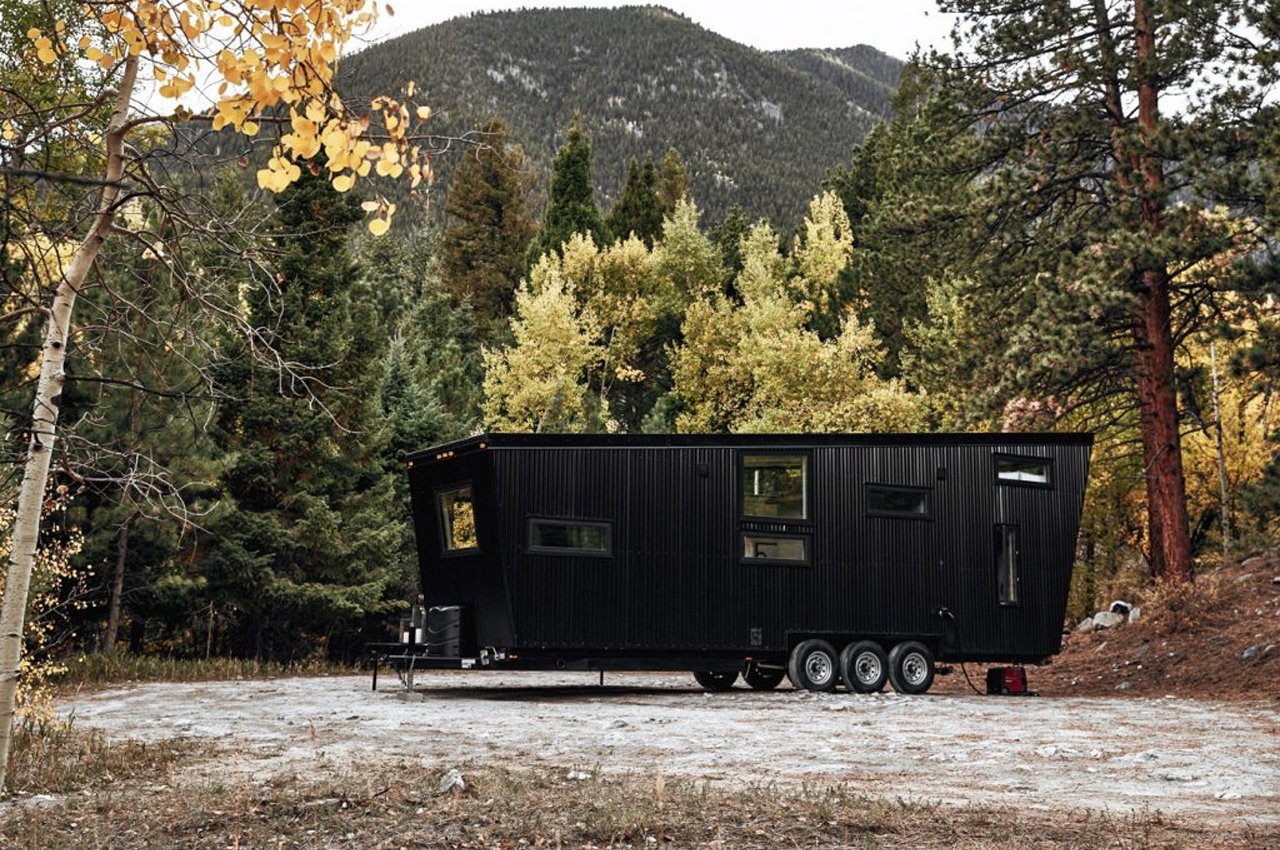 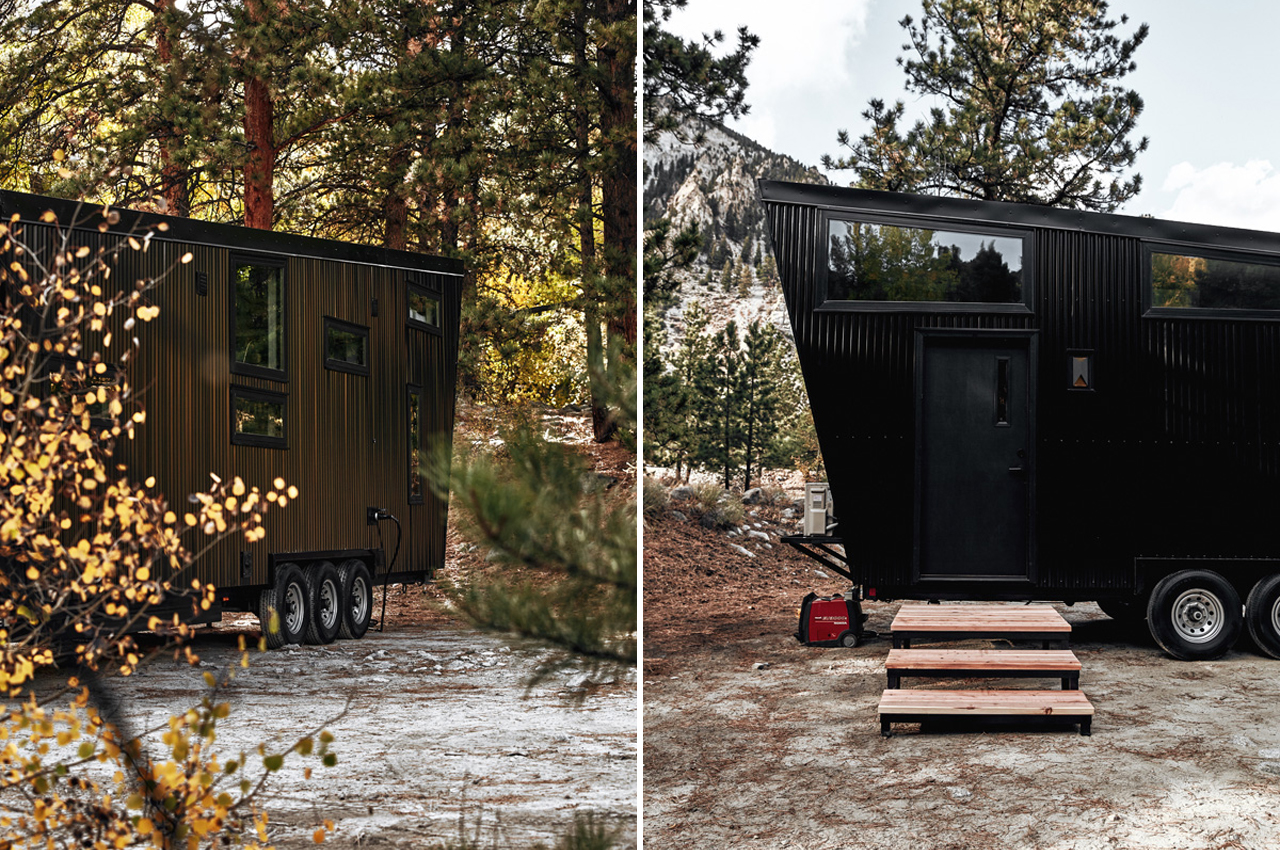 Entering the tiny home from the deck’s sliding, floor-to-ceiling twin doors, residents are welcomed by the home’s kitchen and dining area. The dining area, which doubles as a living room, has a built-In, U-Shaped sofa that transforms into a queen-sized sleeper sofa where guests can sleep. 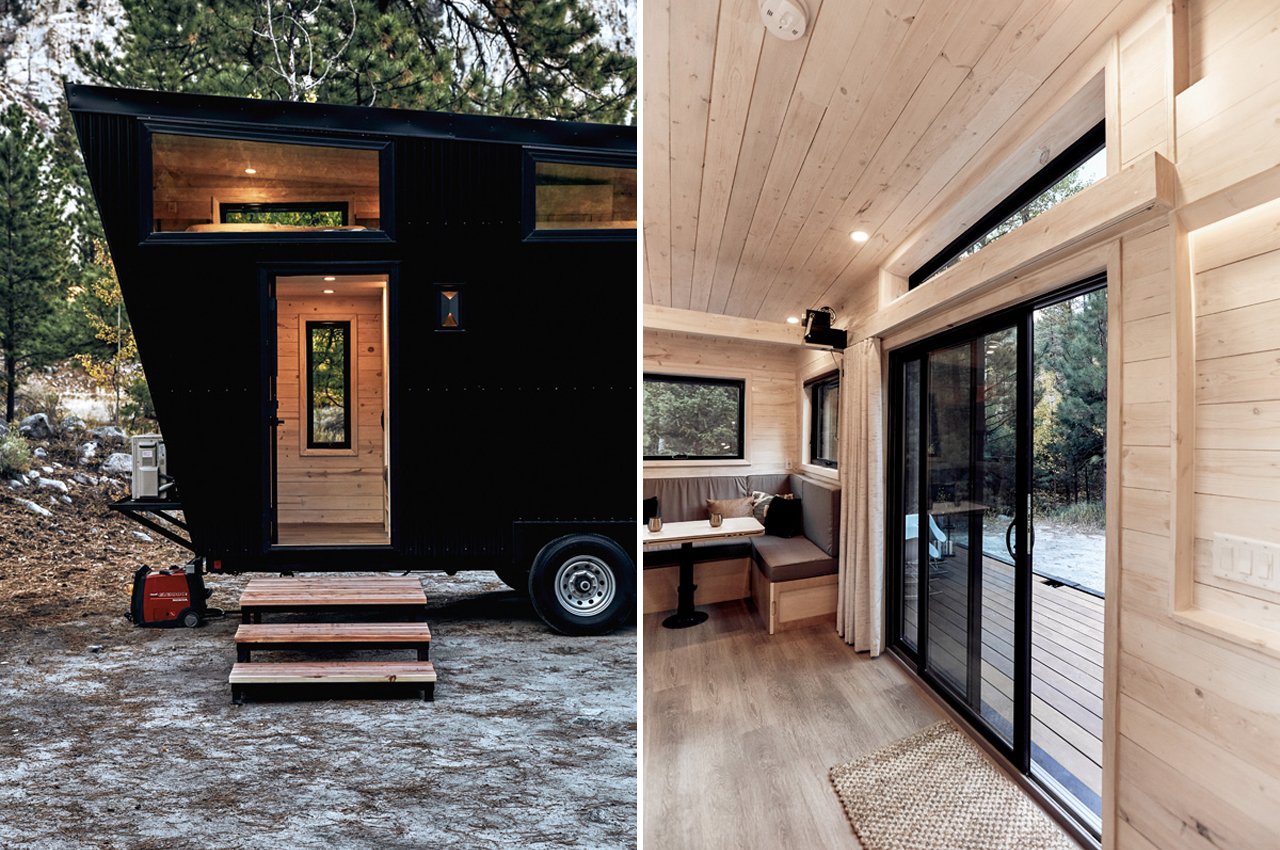 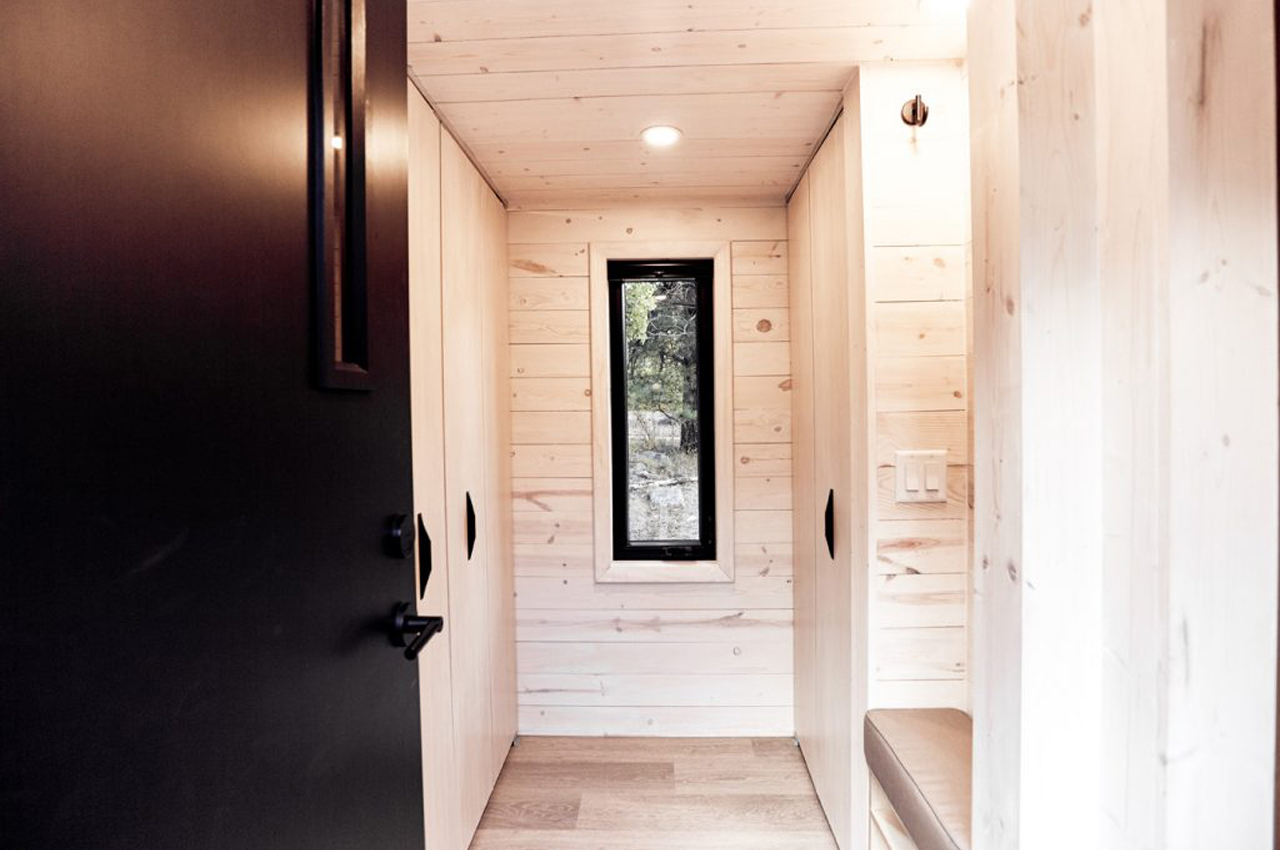 Wrapped around the entirety of the interior space, white-washed pinewood gleams with natural sunlight and brightens the inside to provide a warm, golden glow against the black steel when seen from the outside. 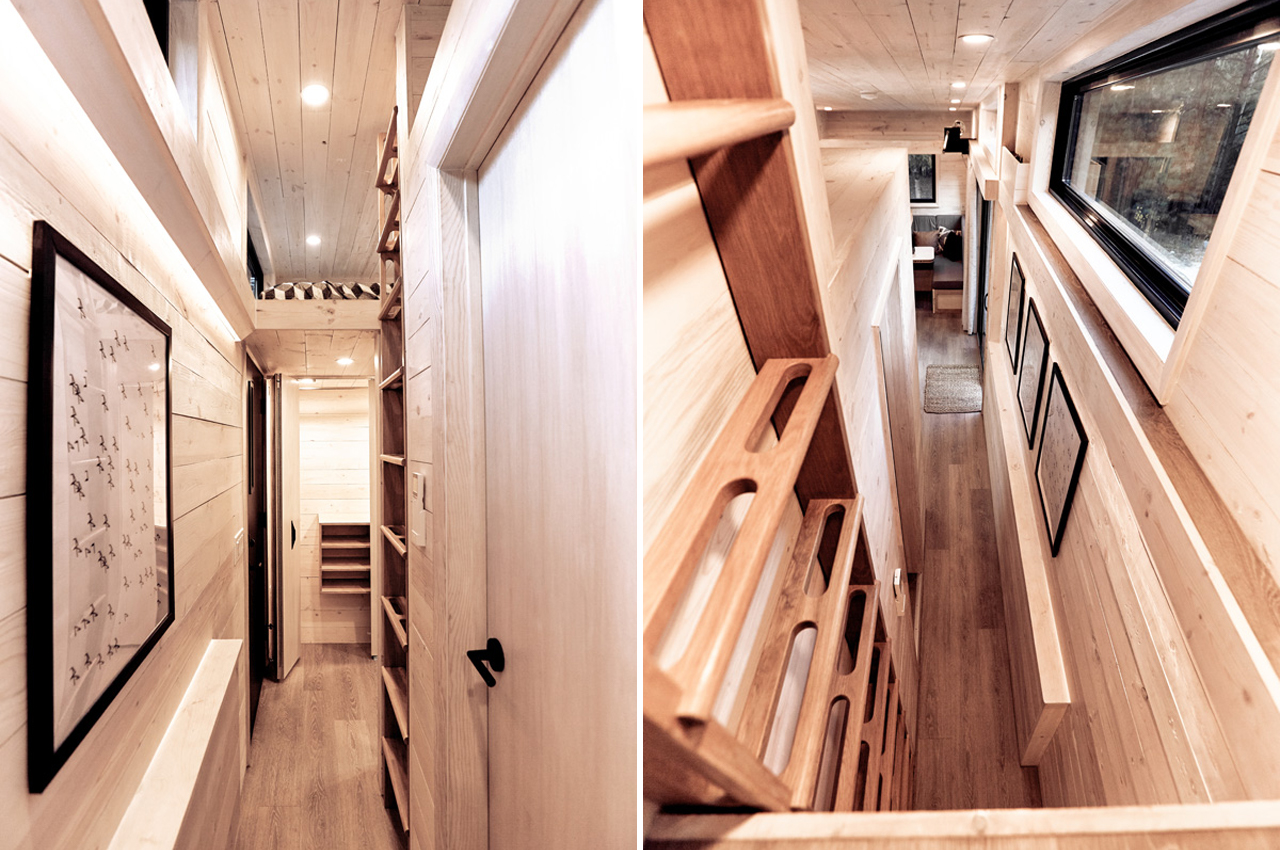 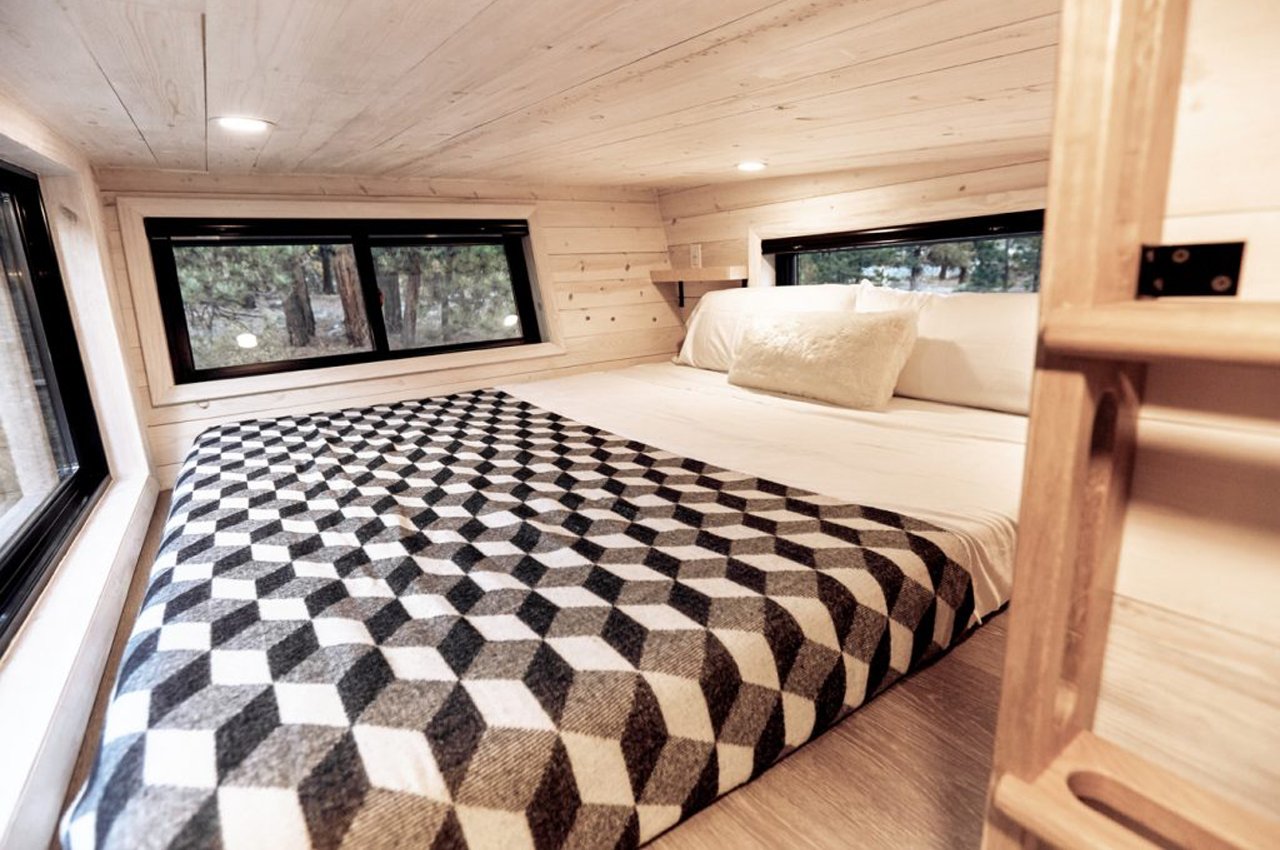 Entering Draper from the opposite end, guests can shake off their boots in the tiny home’s mudroom. Outfitted with amenities such as washer and dryer units and an entryway bench, the mudroom comes with plenty of closet space and built-in shelves to keep the rest of the home free of clutter. 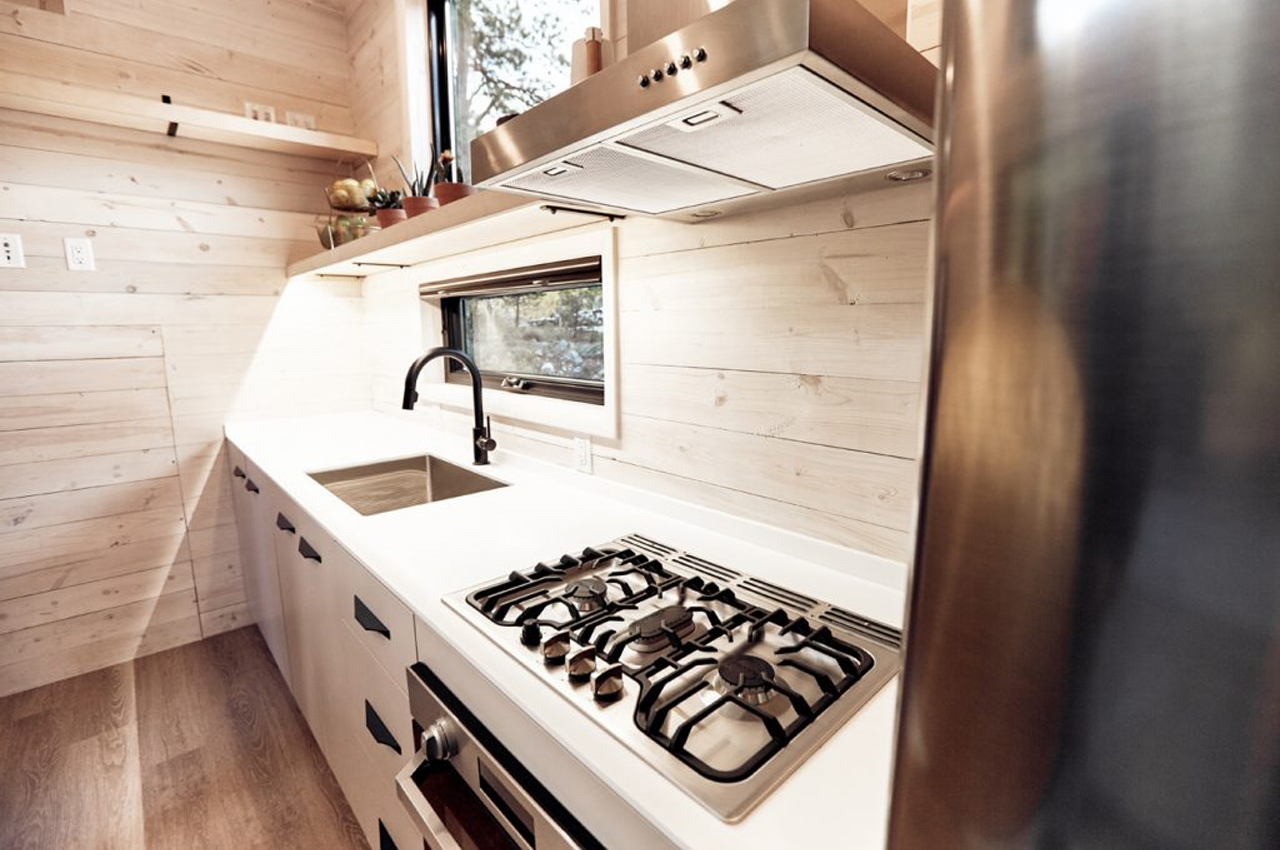 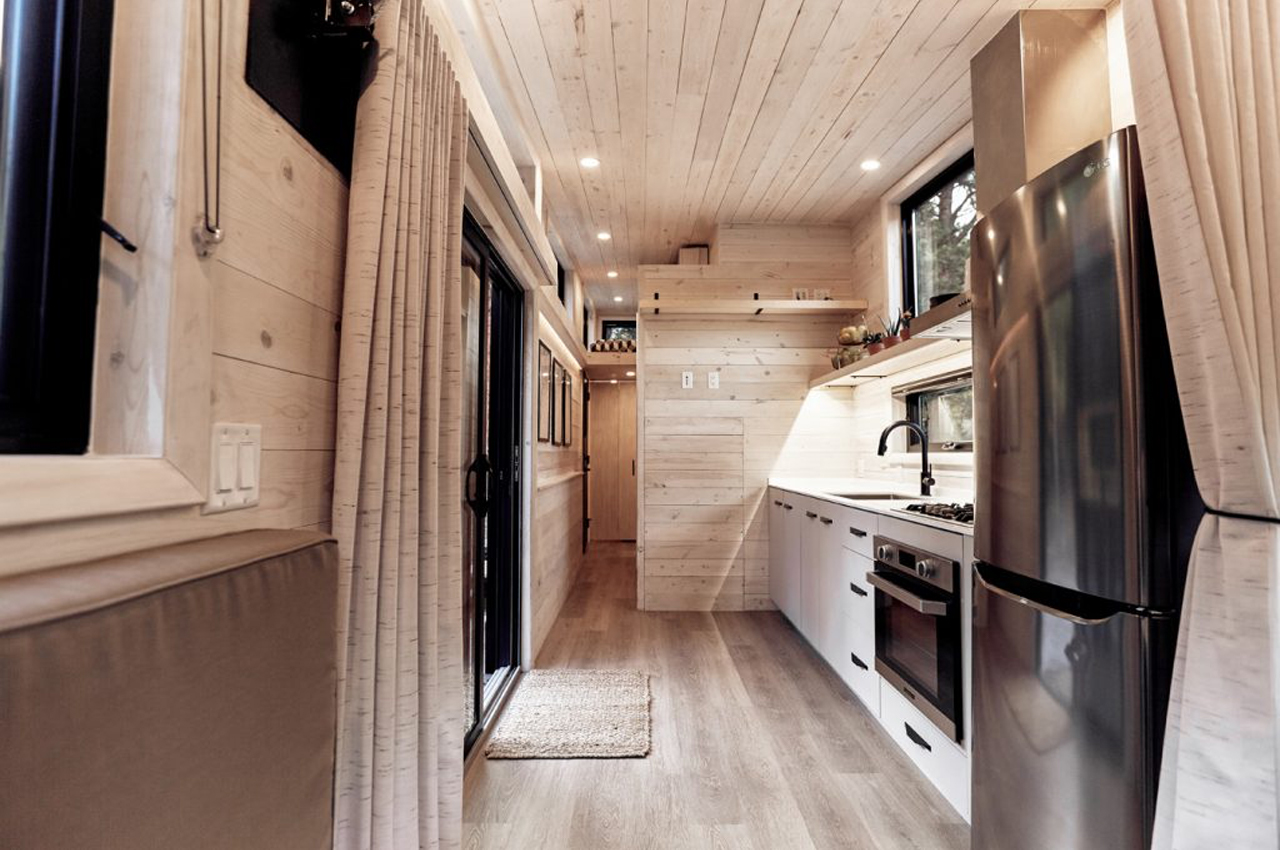 Sleeping up to four people, the Draper features a bedroom loft that’s accessible via a custom-built oakwood ladder located on the opposite end of the dining area. Tracing the home’s upper walls and ceiling, recessed light fixtures, and clerestory windows brighten the home’s interior with pools of natural sunlight and lamplight. 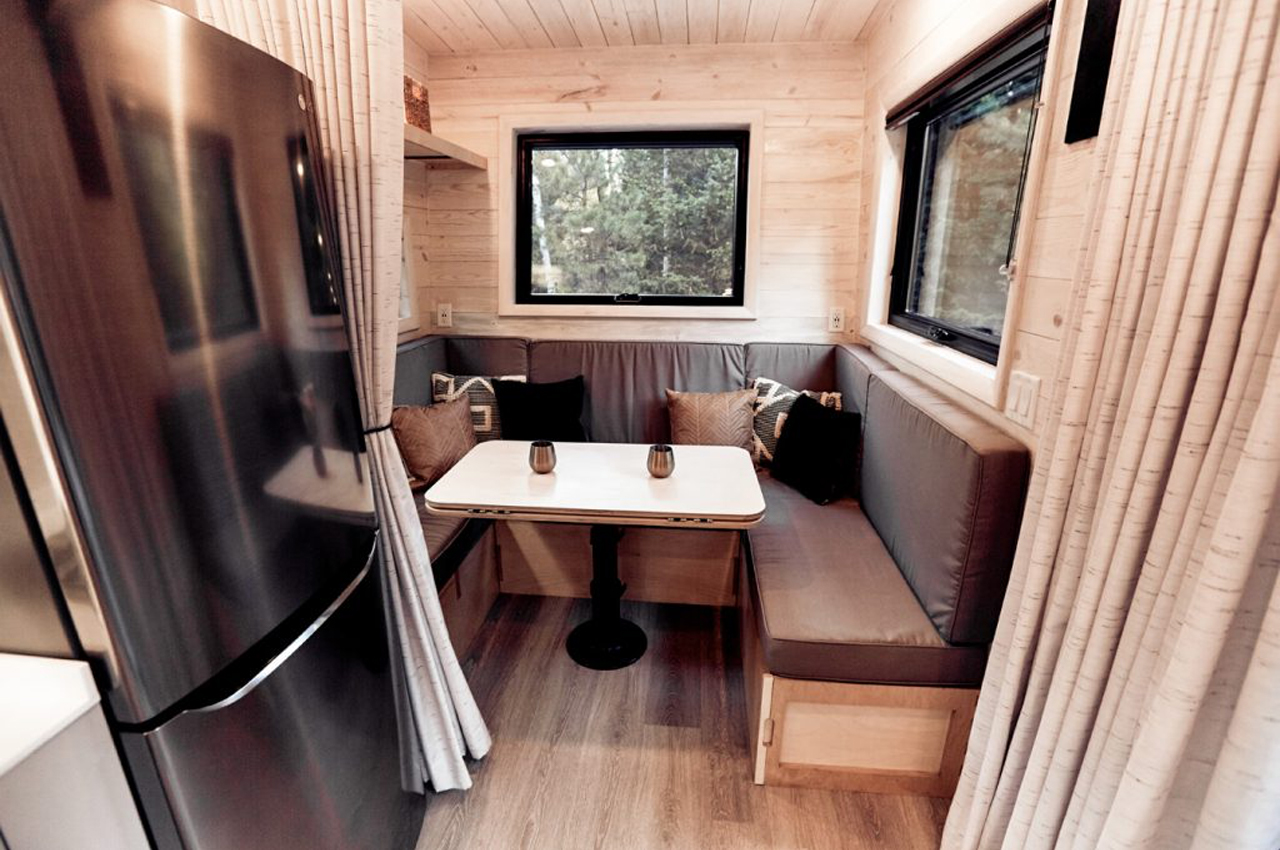 During the day, the dining area features a spring table with telescopic tubing and a corner booth. 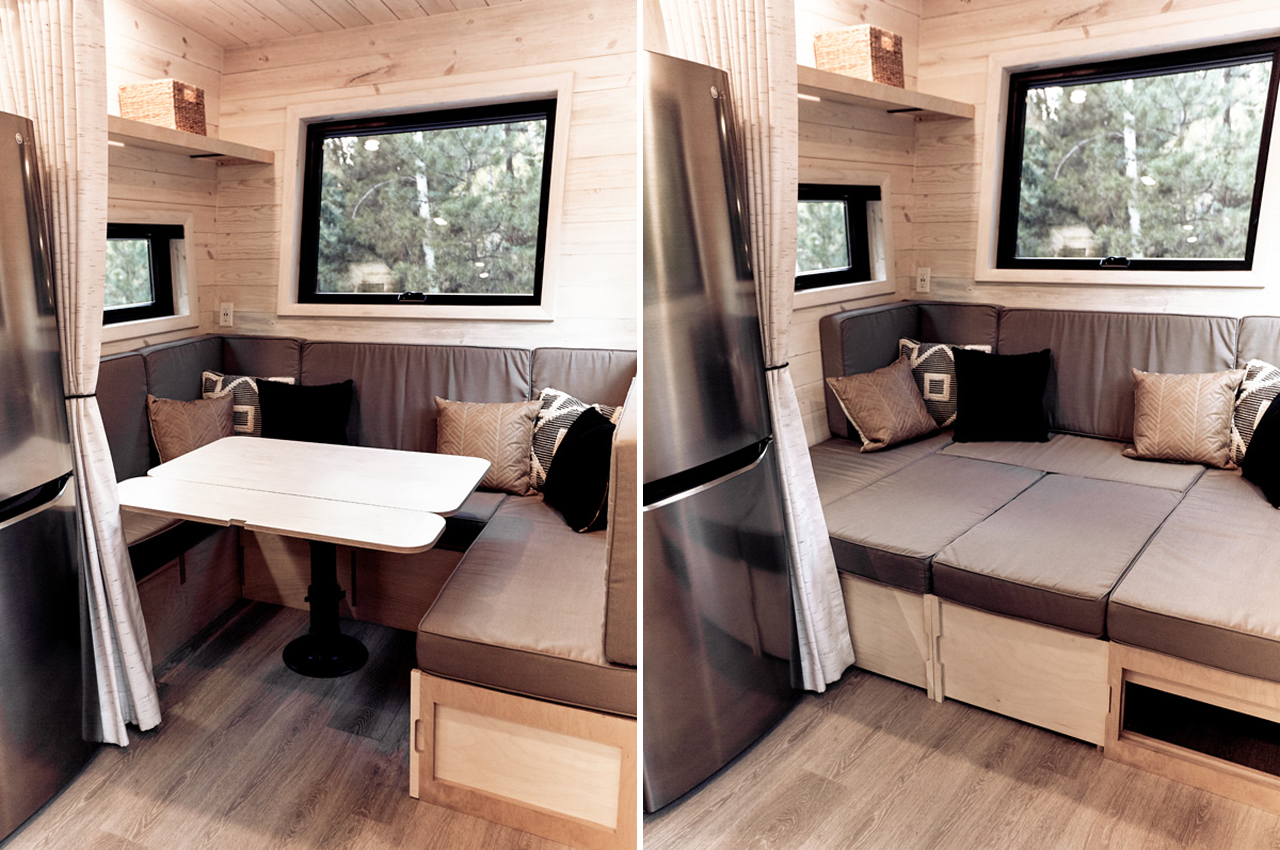 Come night, the dining area transforms into a queen-sized sleeping sofa for guests of Draper.

Chair 777 is a new concept by new and young design group, “Die Fabrik” which is German for “The Factory”. The Chair 777 is made…

Country on the Outside, Chic on the Inside

At the site of an original farmhouse from the late 19th century, a new fruit distillery by ADR that seamlessly blends in with the old….

We’re excited about the opening of this project for many reasons: it’s summer, and the combination of sea, sand and stunning architecture pleases us greatly;…