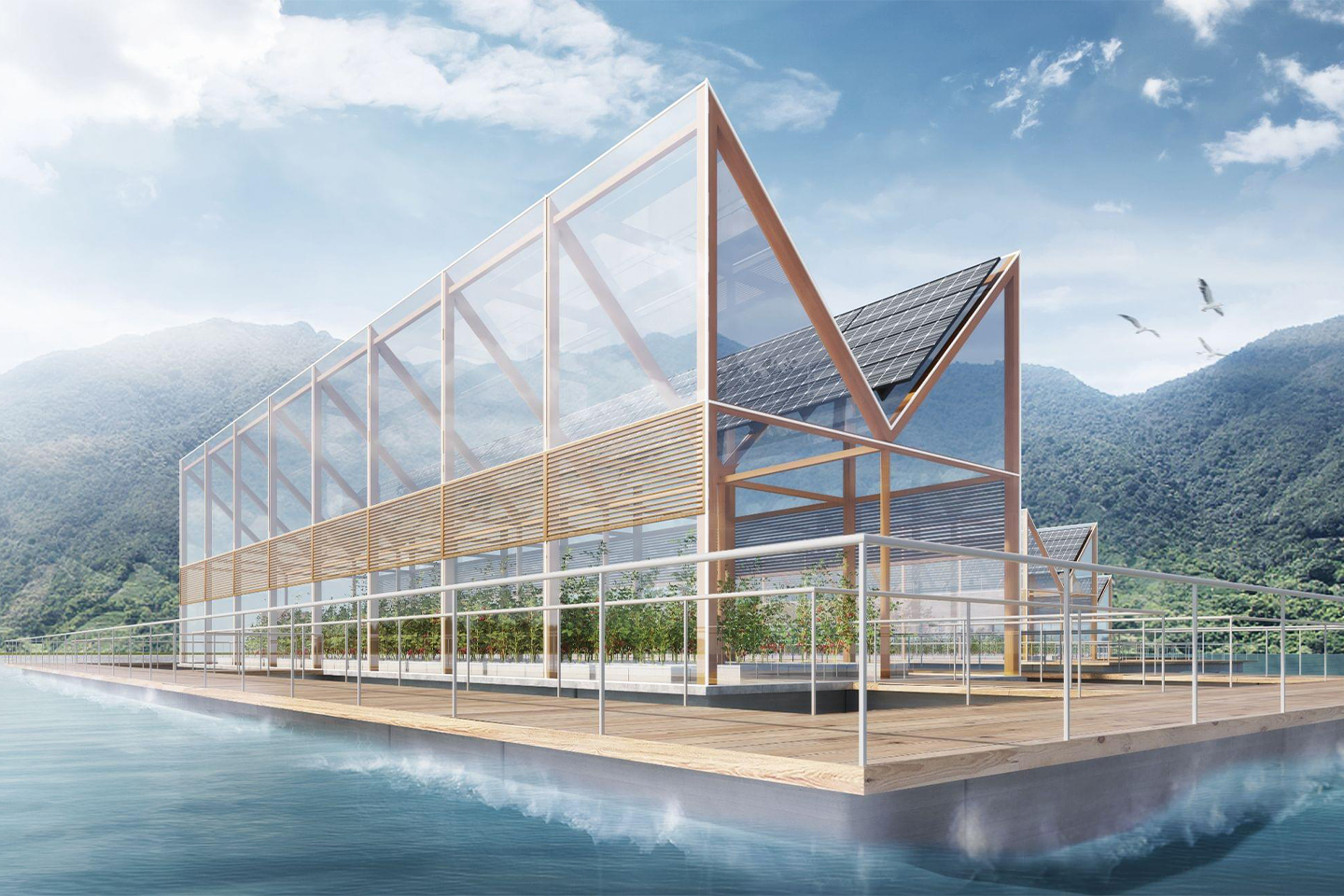 A Japanese start-up has designed this floating marine farm called Green Ocean using agricultural technology that cultivates seawater as a direct nutrient source! The innovative structure combines salt-resistant technology and sea-friendly architecture to the world a potential solution for the climate change-induced rising sea level problem which comes with heavy salt damage. It harvests rainwater, improves the quality of the water around it, helps with food production while saving water and being a sustainable architectural structure. 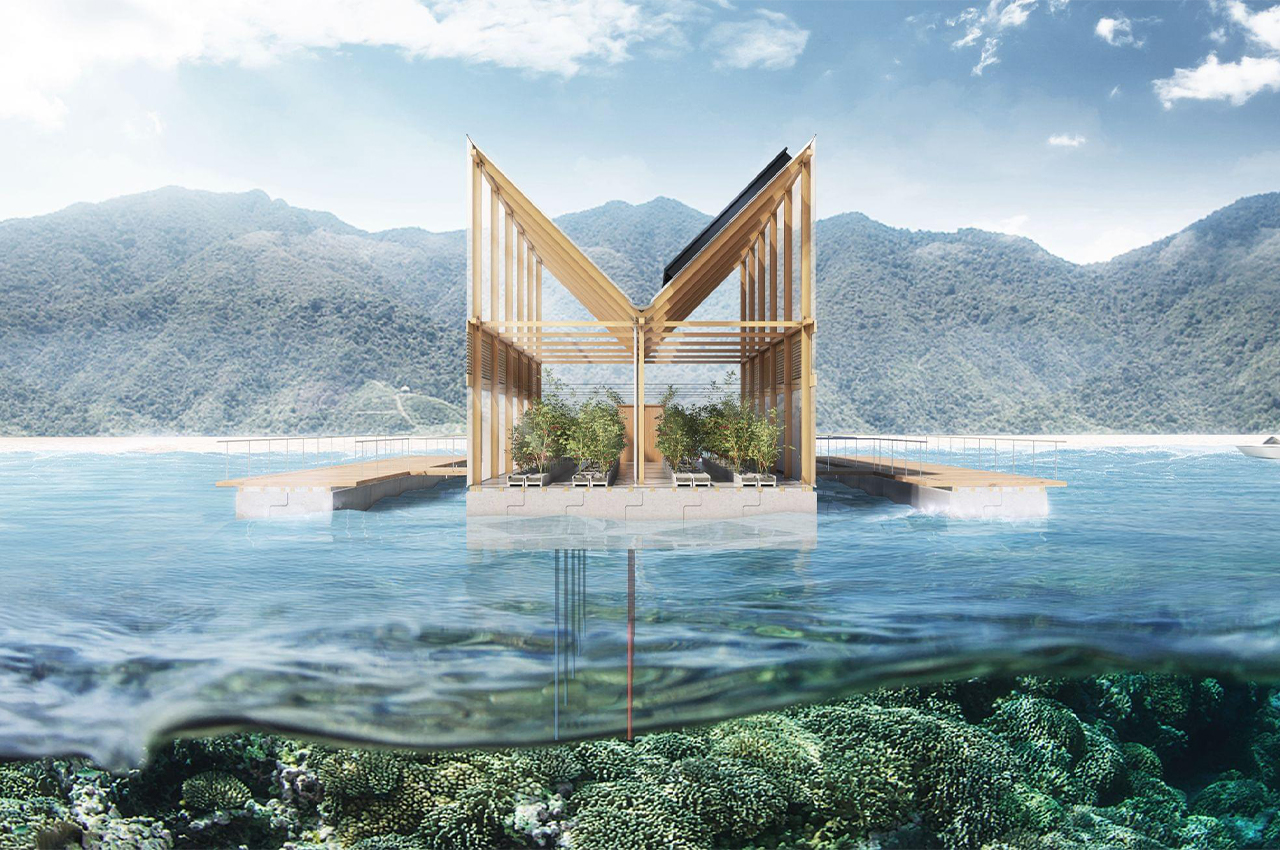 Sea level rise is getting progressively worse due to climate change which affects agriculture heavily – it means less land to farm on and also damage to coastal land because of excessive salt. N-ark has developed Green Ocean in partnership with Cultivera which is an agrotechnology R&D company that aims to build the prototype of the floating marine farm by 2022. Seawater agriculture is a special cultivation method that absorbs water and nutrients in the ground and air by mixing and neutralizing alkaline seawater and acidic rainwater. As a result, a huge variety of vegetables can be grown by utilizing the minerals and nutrients contained in seawater! 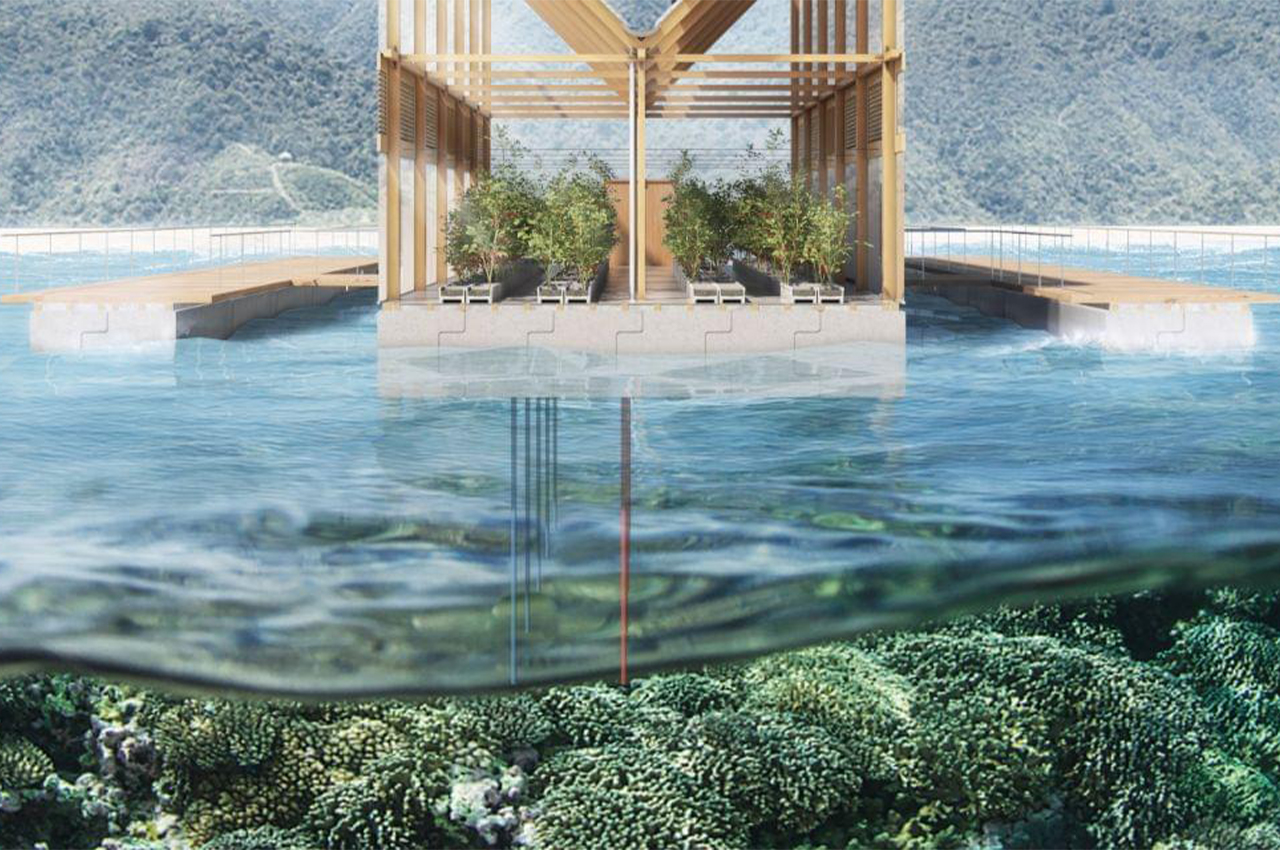 Green Ocean is a floating, solar-powered, salt-resistant greenhouse constructed with thinned wood and carbon joints. Once it is out on the water, the marine farm will create two new green areas – one will be a food production space that floats on the surface and uses salty agricultural technology and the second will be a layer of algae that will improve the underwater environment. It has a distinctive angular roof that helps to collect rainwater which is then mixed with seawater and used as fertilizer for the plants. Cold seawater is also used for air conditioning within the farms. “By creating a cyclical system environment, Green Ocean plays the role of an adhesive plaster of the Earth,” explains the team. 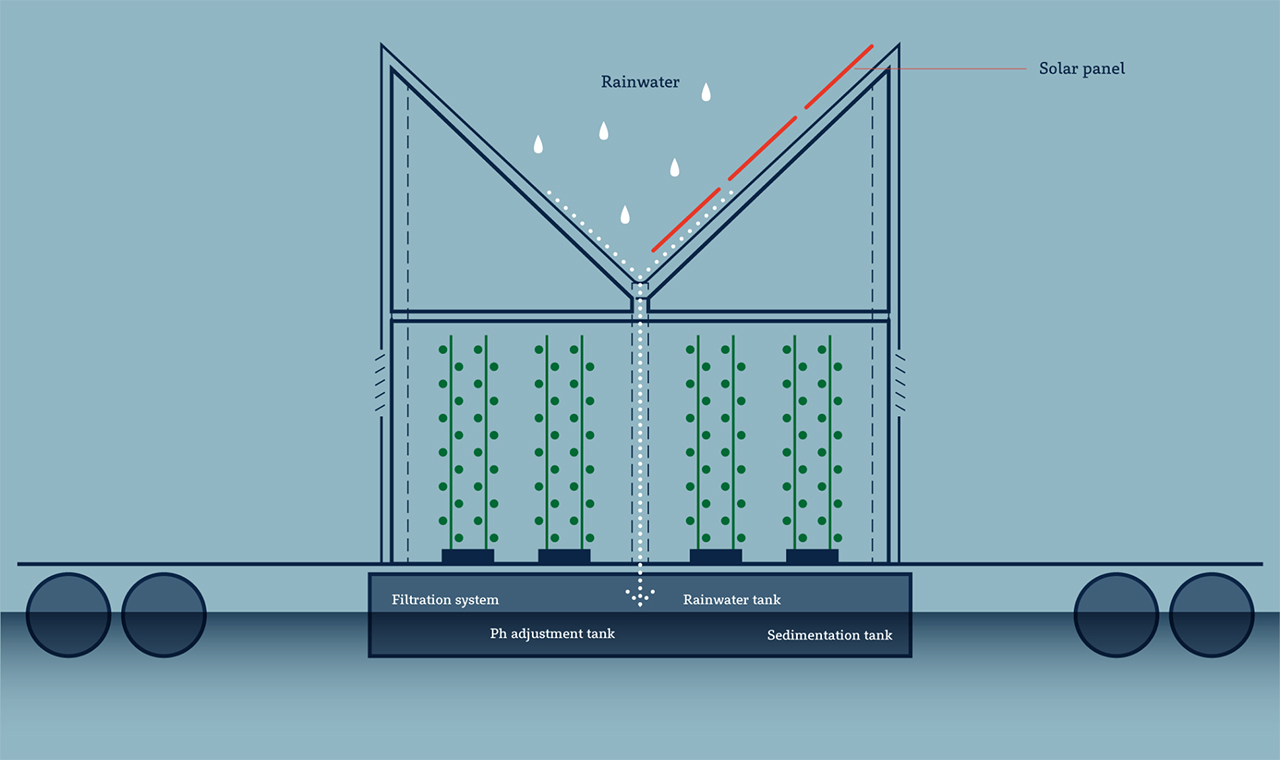 The basic technology behind seawater agriculture is ‘moisture culture’ which allows cultivation under humidity control. With this method, about 15 cm of the surface layer of natural soil can be reproduced with a special fiber of approximately 5 mm, and vegetables with fortified sugar content and vitamins can be grown by evaporating water with the special fiber by applying water depletion stress to plants. Moisture culture uses one-tenth of the water that is needed in conventional irrigated farming methods and can be applied even in areas where water is not abundant making it a sustainable way to farm at scale. 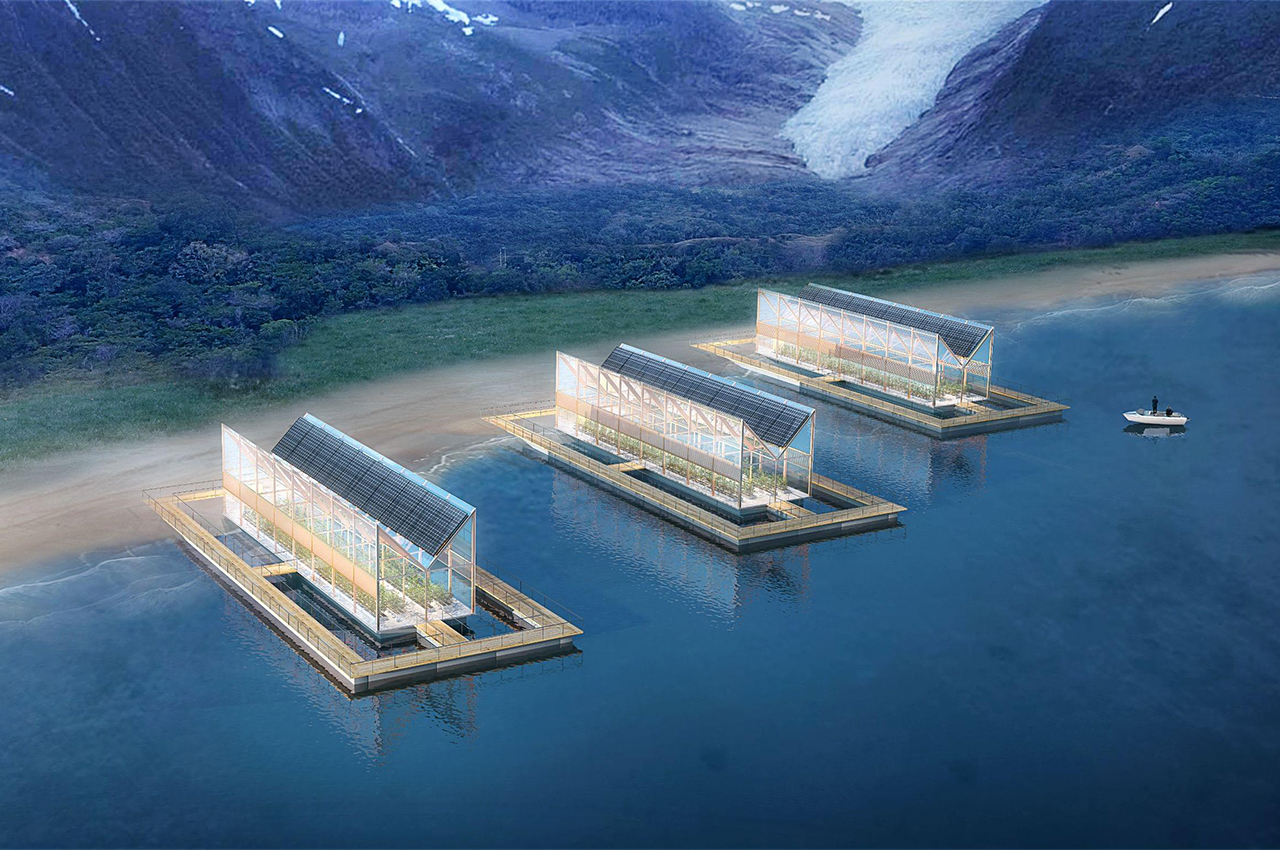 The V Plus is an emergency relief tent ideal for folks stuck in disaster relief zones. The tent is equipped with features like the ability…

The product around your product: Winning Packaging Designs from A’ Design Award 2019

Your product’s packaging is arguably the first thing the consumer sees, as a part of the product experience. It forms the first ever interaction between…

… and iEgg, and iCam! Together they form the Bo-Bi Baby Monitor System- the total package when it comes to watching little ones from a…

A Personal Pod of Air Purification

OQLAR offers personal air purification you can take with you just about anywhere. It utilizes the latest in advanced tech and materials to maximize efficiency…