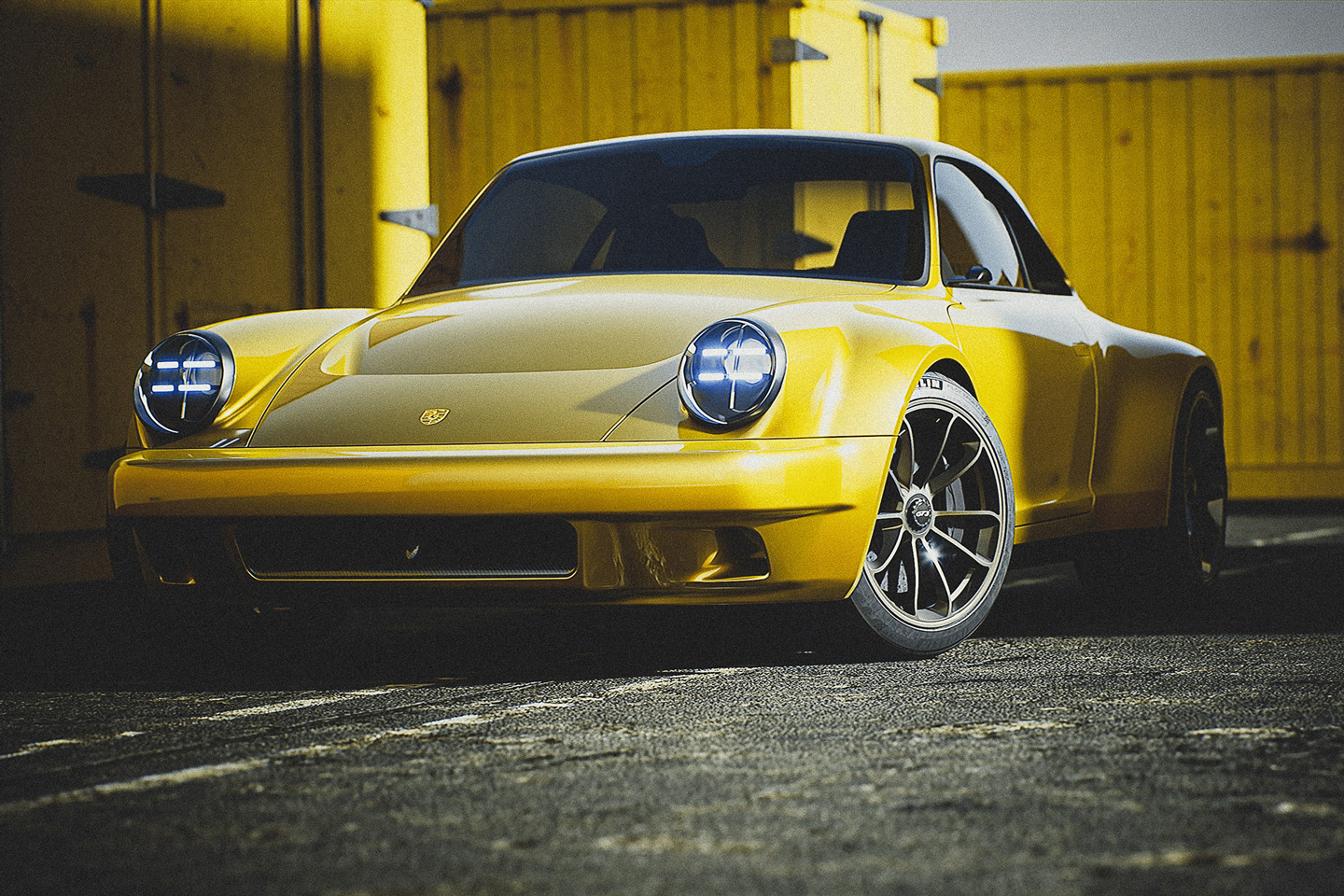 I’ll be honest, I find Restomods really exciting. The idea of restoring an old classic, while modifying it enough to make it a custom vehicle, just sounds incredible given the window of potential you’ve now got. You essentially have a blank canvas in the shape of a well-designed classic car that you can modify to suit your style of design expression. That’s essentially what Matteo Gentile has done with the 1975 Porsche 930, turning a top-of-the-range 911 model into something decidedly modern, and just a tad more badass than its pretty stunning predecessor. 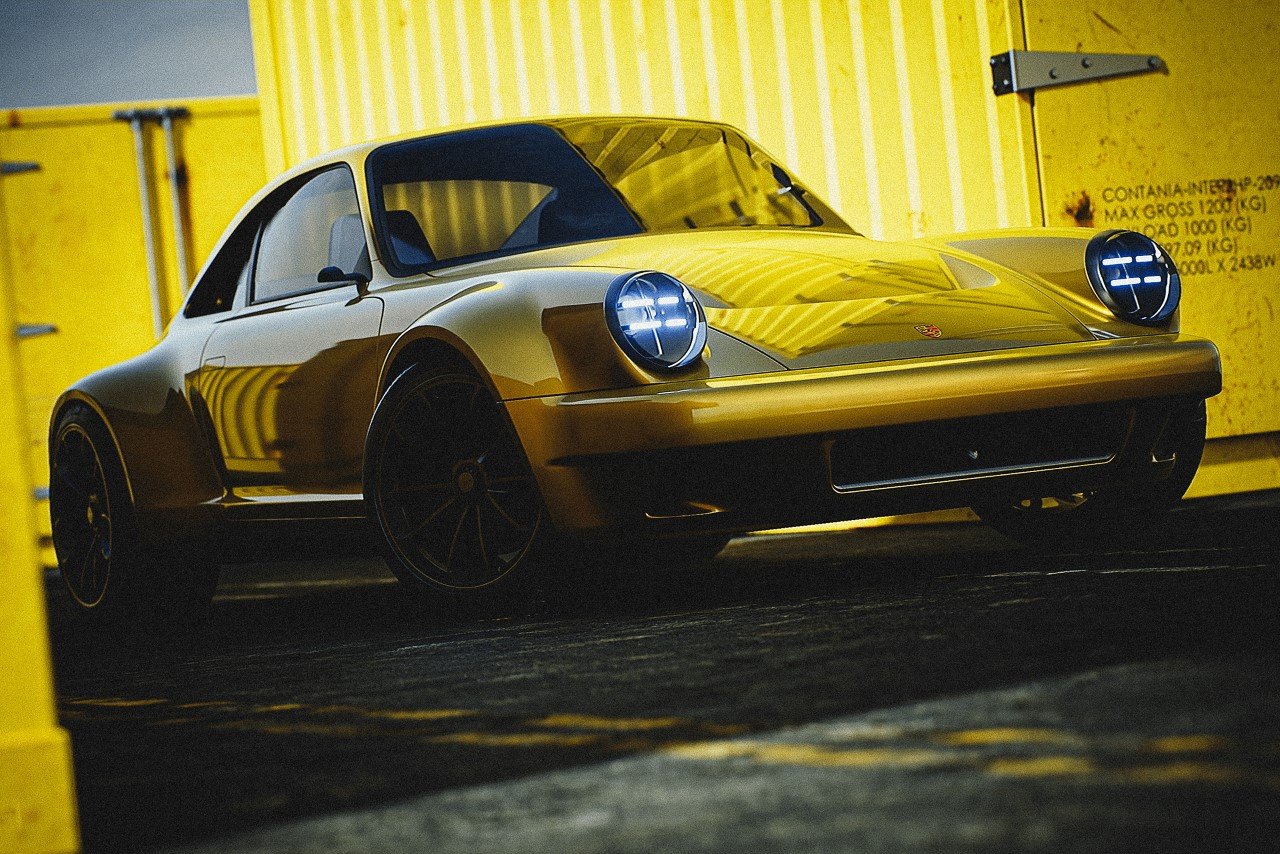 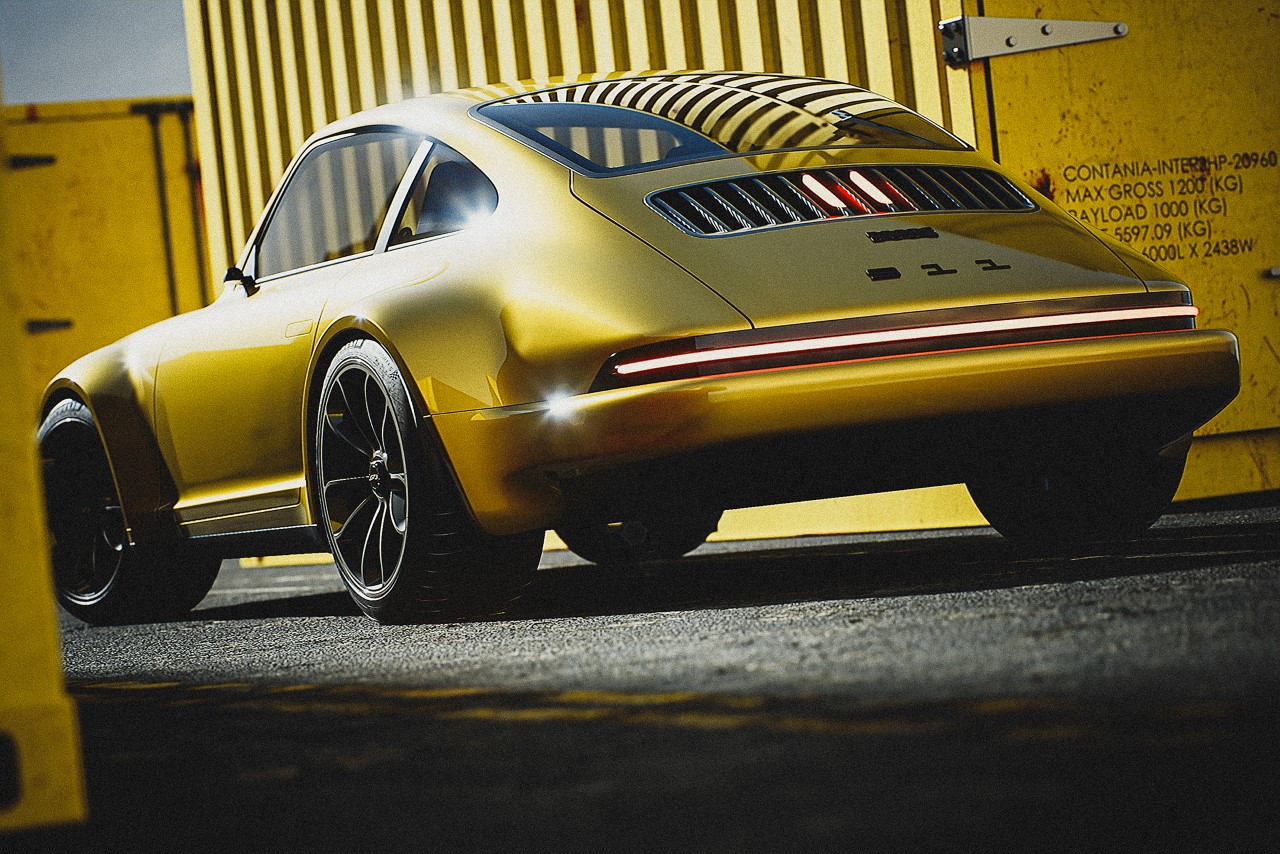 Back in 1975 when Porsche unveiled the 930, all the way up until 1989 when they stopped producing it, the 930 was considered the fastest production car available in Germany. With its classic roadster design, the 930 was more of a racecar adapted for city roads, and came with a turbocharged rear-mounted engine that knocked out 260 HP with later editions going up to 300 HP. 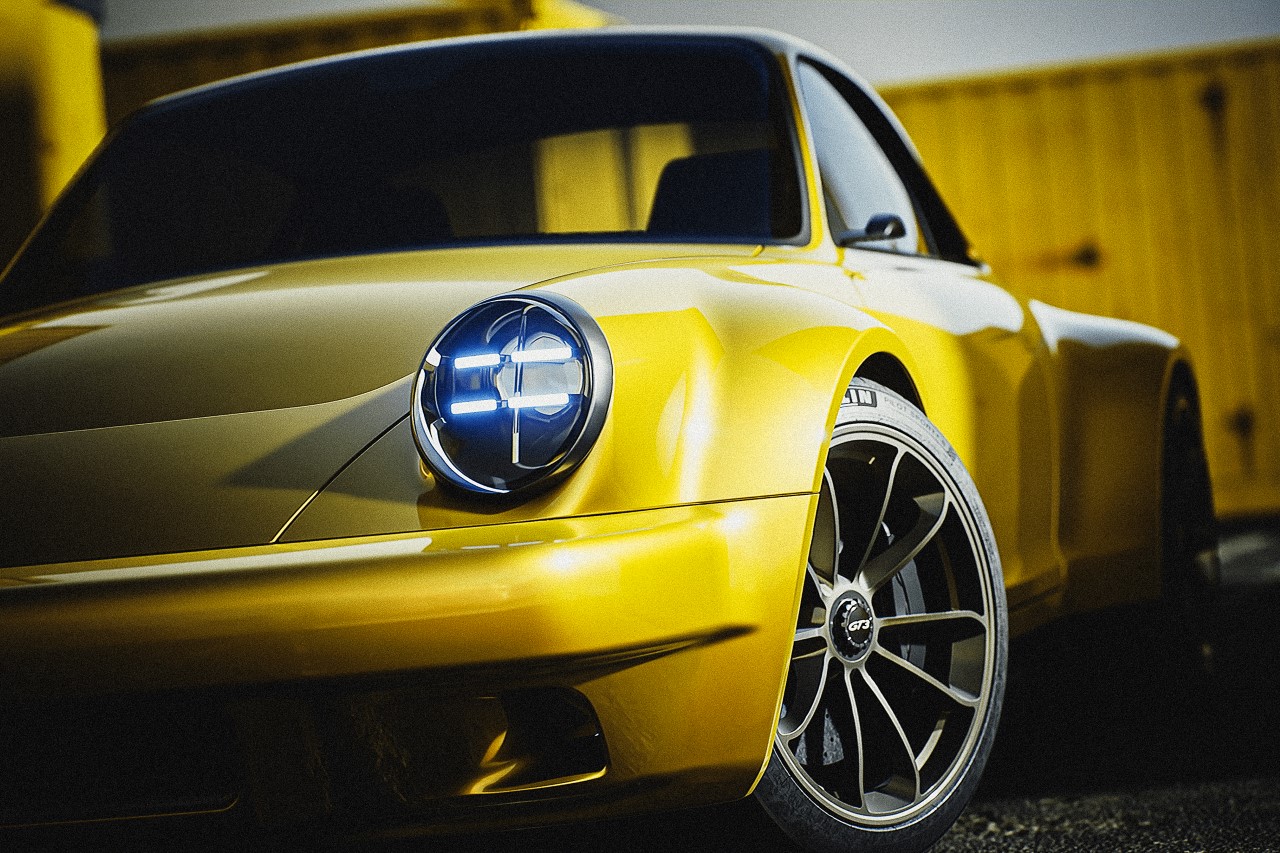 Gentile’s 930 RESTOMODO mainly retains the overall iconic design with a few key changes. For starters, those headlights look positively steampunkish, with the horizontal LED strips sitting inside the car’s circular headlight enclosure. The headlights take away the Porsche’s otherwise playful expression, making it slightly discerning, almost like the car’s squinting at you and sizing you up. 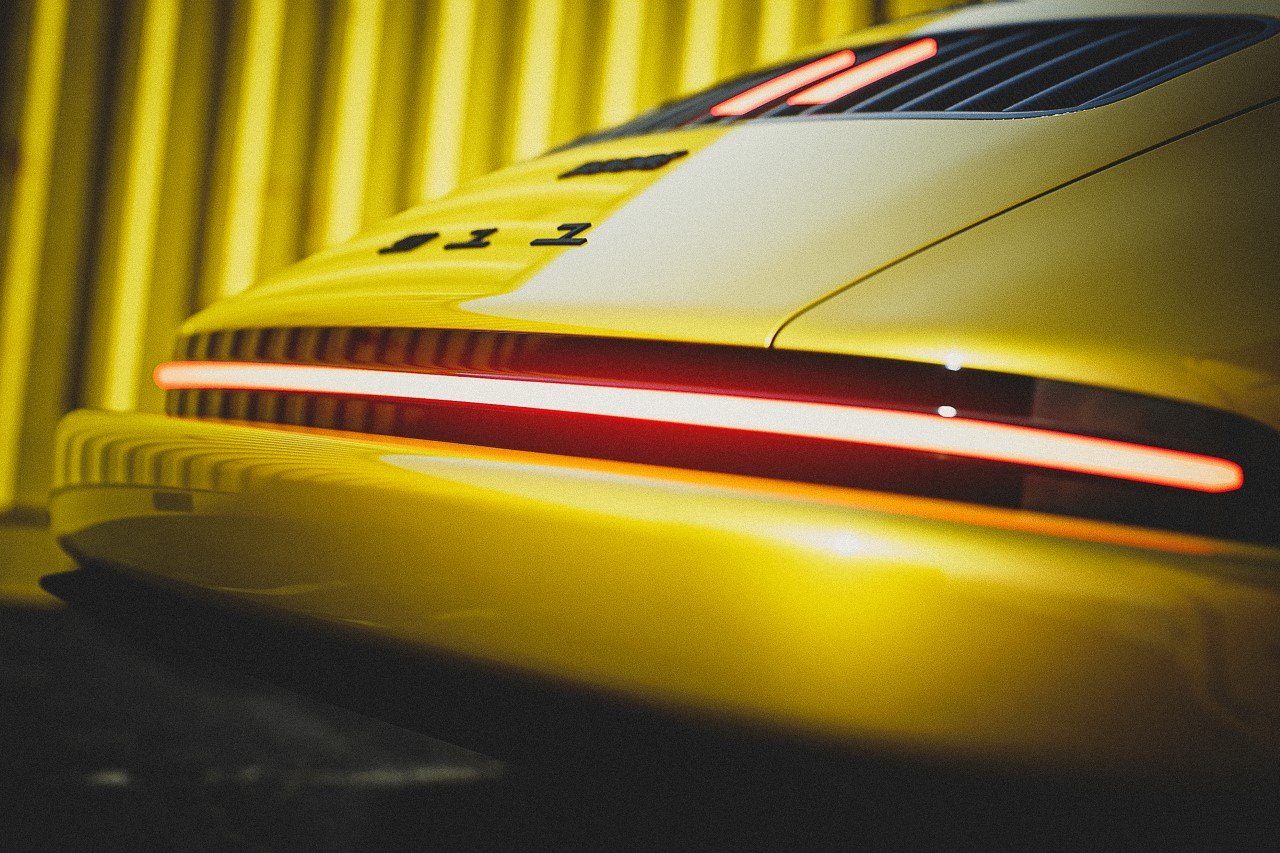 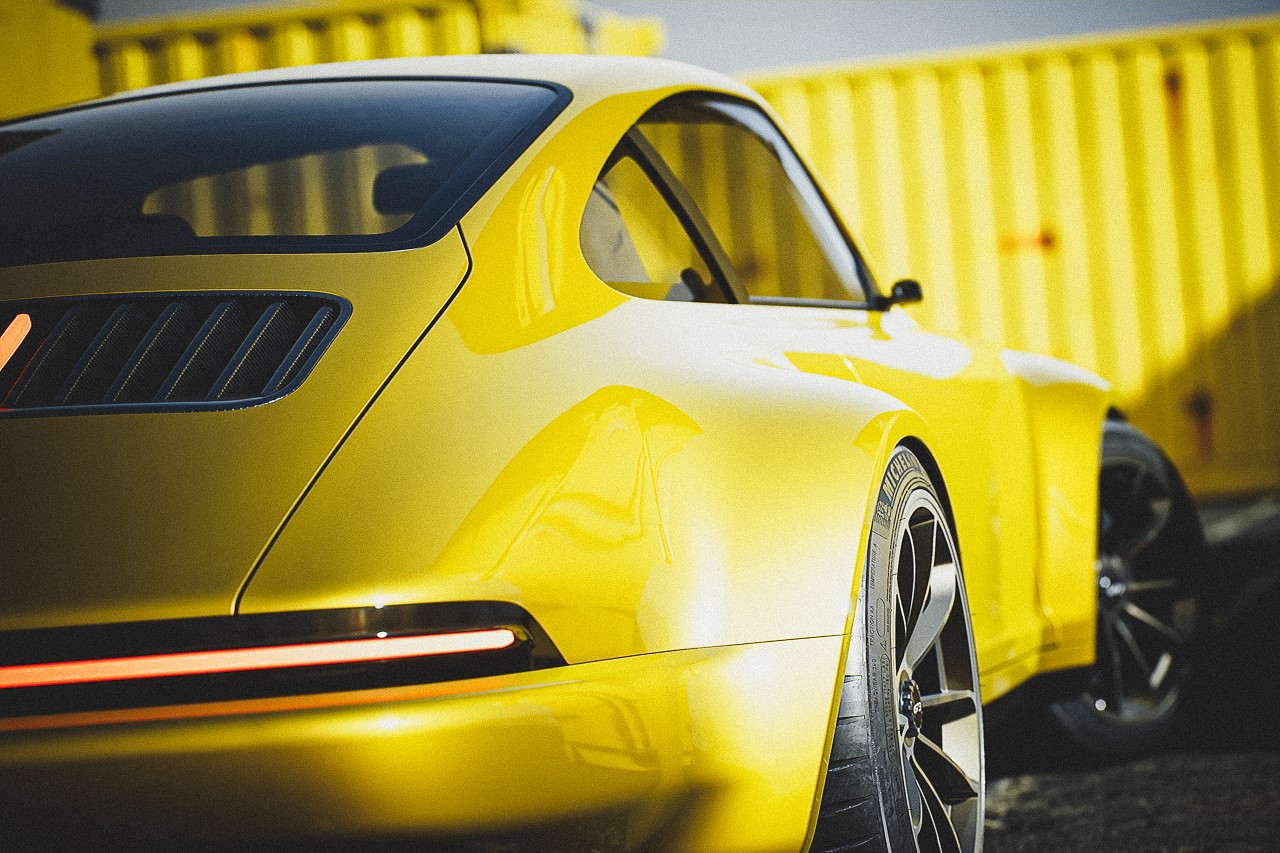 Gentile’s design efforts are also visible around the front and rear bumpers. The redesigned bumpers actually blend well into the 930’s form, unlike in the original, which almost always came with a black strip running across the bumper on the front and back, with the indicators fitted in. Gentile’s bumpers look like a part of the car’s design, and are entirely the same color as the rest of the car. Like with the headlights, the taillights get a makeover too, and come with a single red strip running from left to right. The car’s rear hood sports a redesign too, ditching the fat spoiler that one would associate with the roadster. Instead, the rear hood sports a flat design with a grille, and two backlights built right into the grille’s strips. Gentile’s also indicated that the 930 RESTOMODO features an electric powertrain, but there’s really no indication as to whether the engine’s rear-mounted like in the original, or sits under the car (like an electric skateboard). 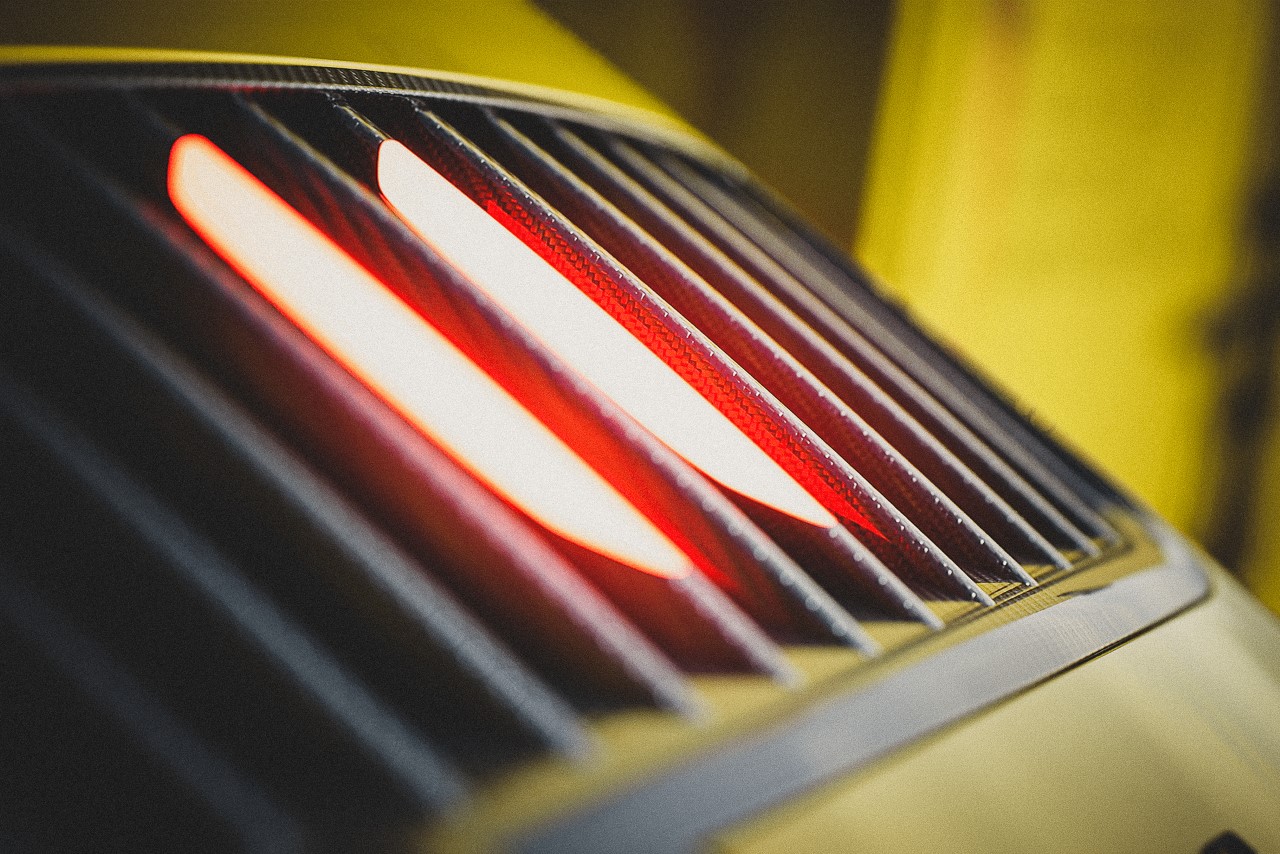 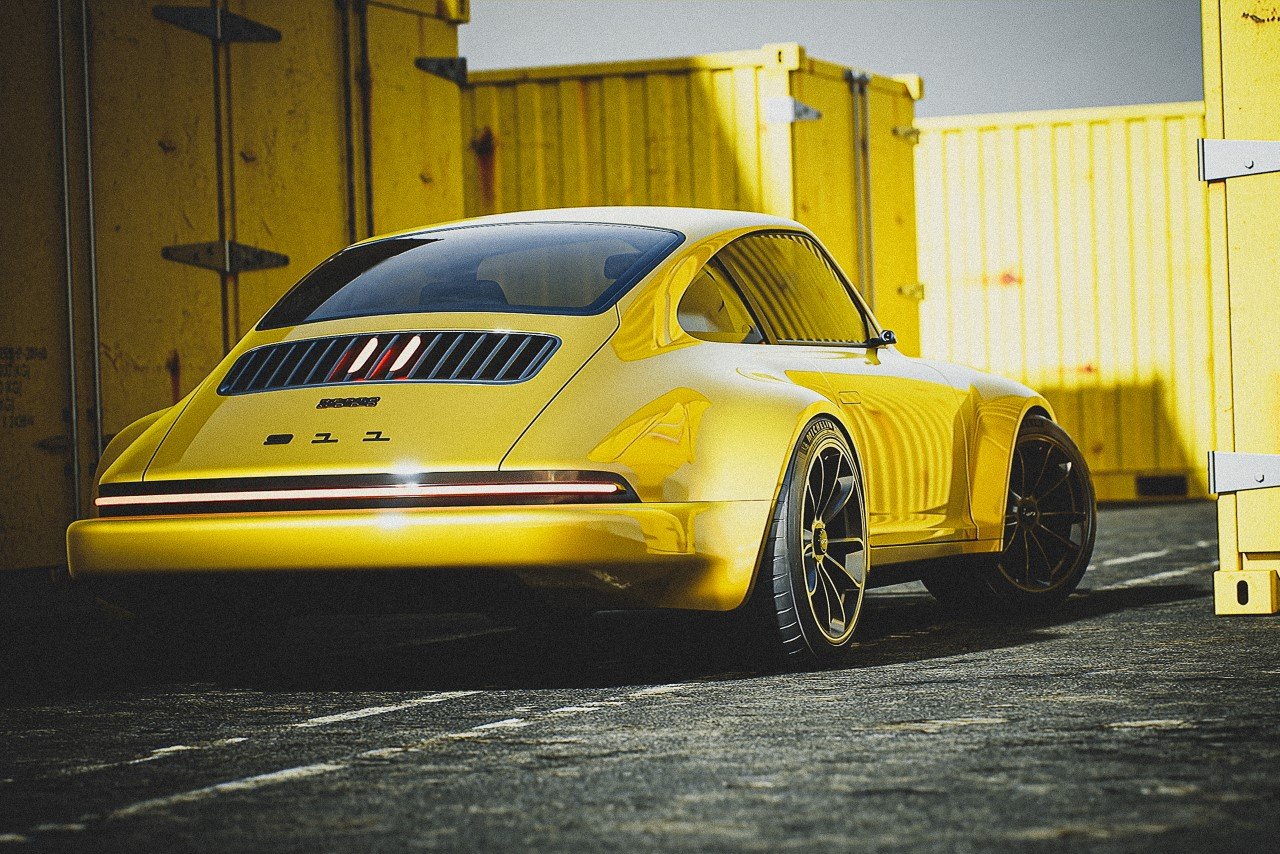 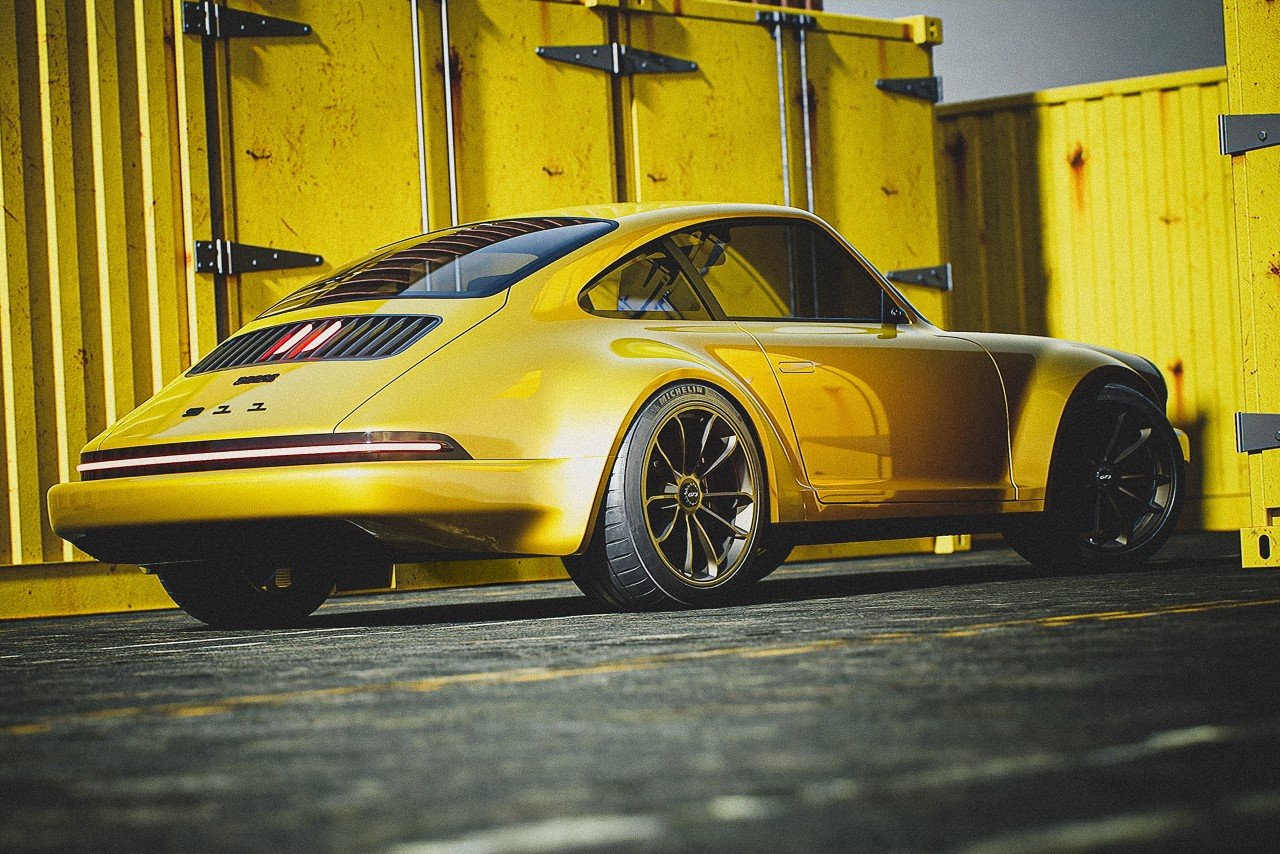 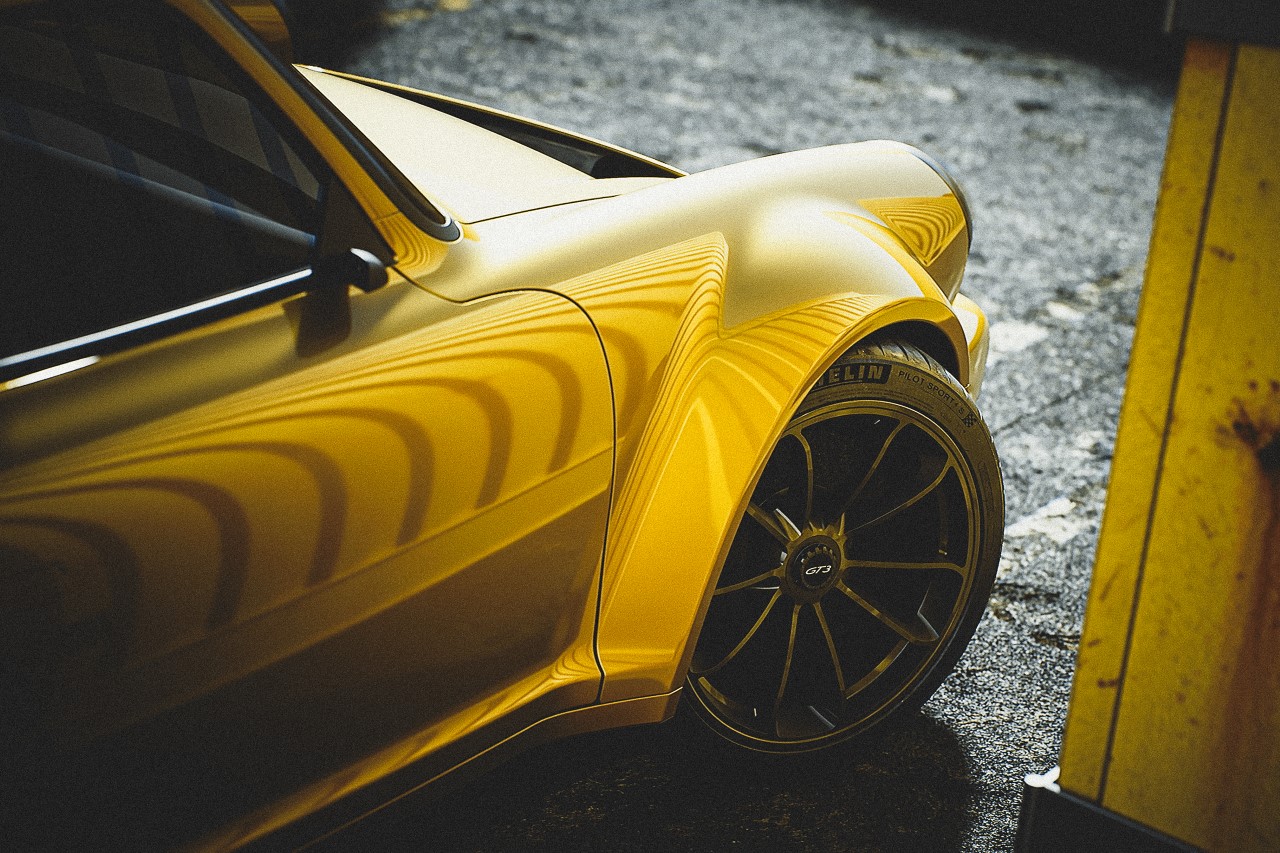 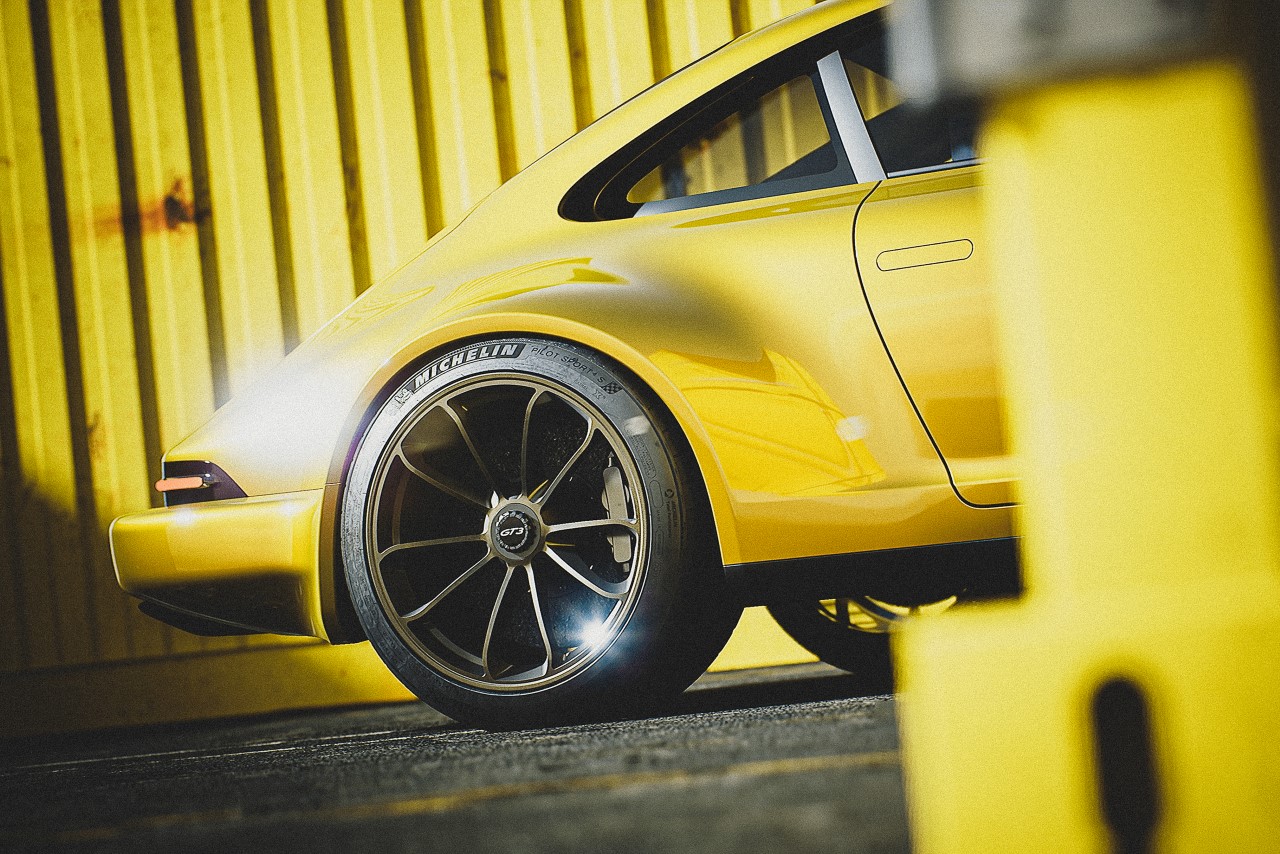 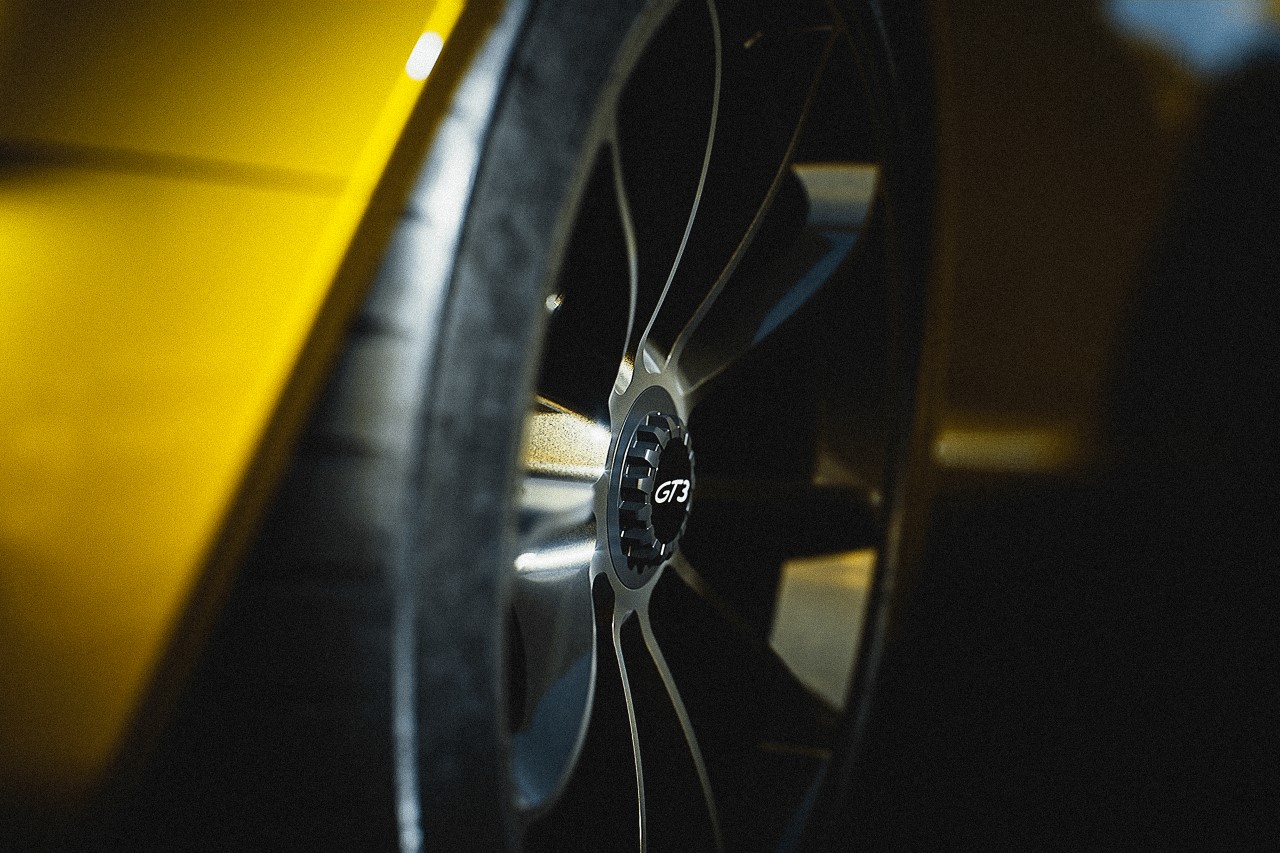 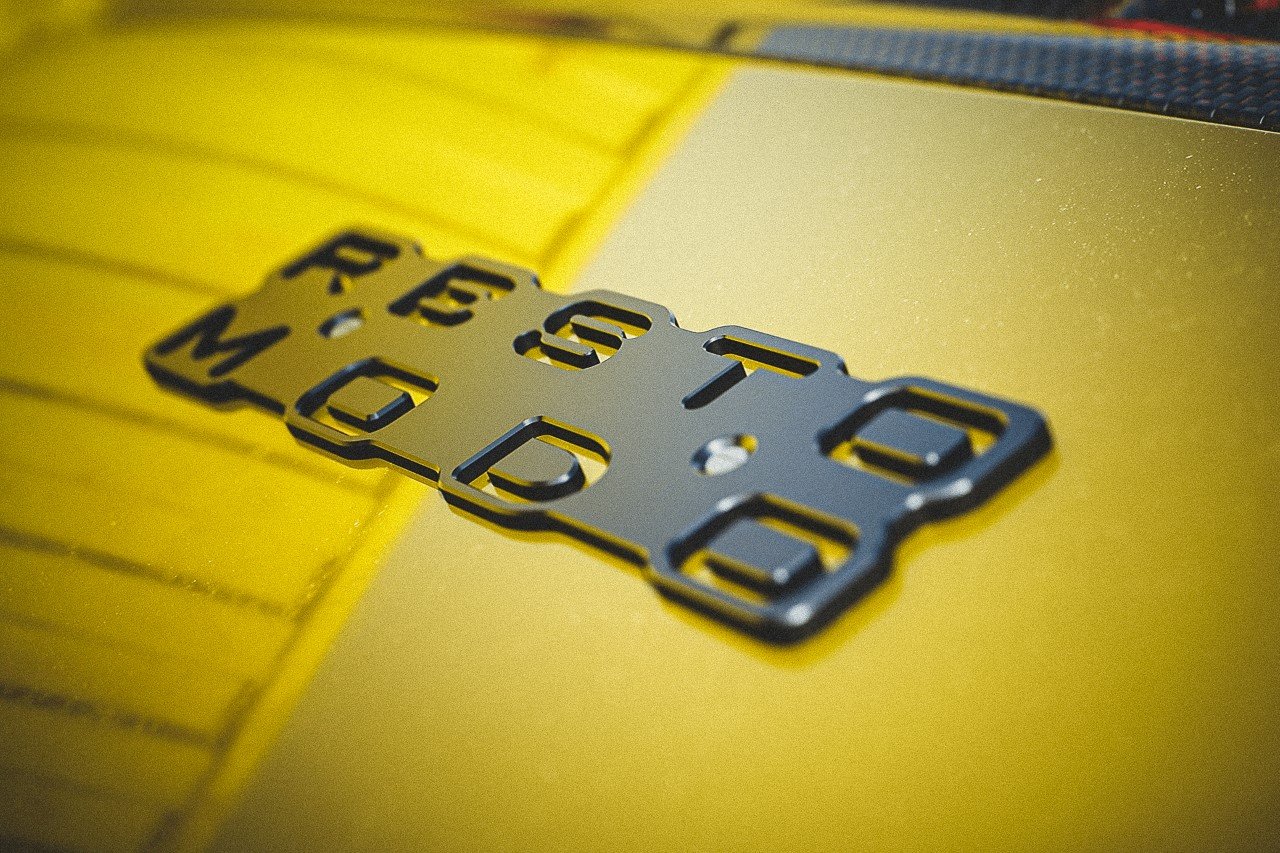 All in all, Gentile’s 930 RESTOMODO feels like a blast from the past with enough freshness to make you really enjoy what you’re looking at. I’m usually not an advocate for ‘remaking old classics’ (especially with music and movies), but what Gentile’s done to the 930 really feels like tastefully remixing an icon from the late 70s. The yellow paint job isn’t particularly common to that make (most of them are black, silver, red, or olive green), so that adds to the eye-catching design of the restored car. Gentile’s even taken the liberty of making a few unusual changes, like adding that odd scoop in the hood on the front (which I like, if I’m being honest), and ditching the rearview mirrors for what seems like rear cameras. Well, Matteo Gentile’s definitely a dreamer! 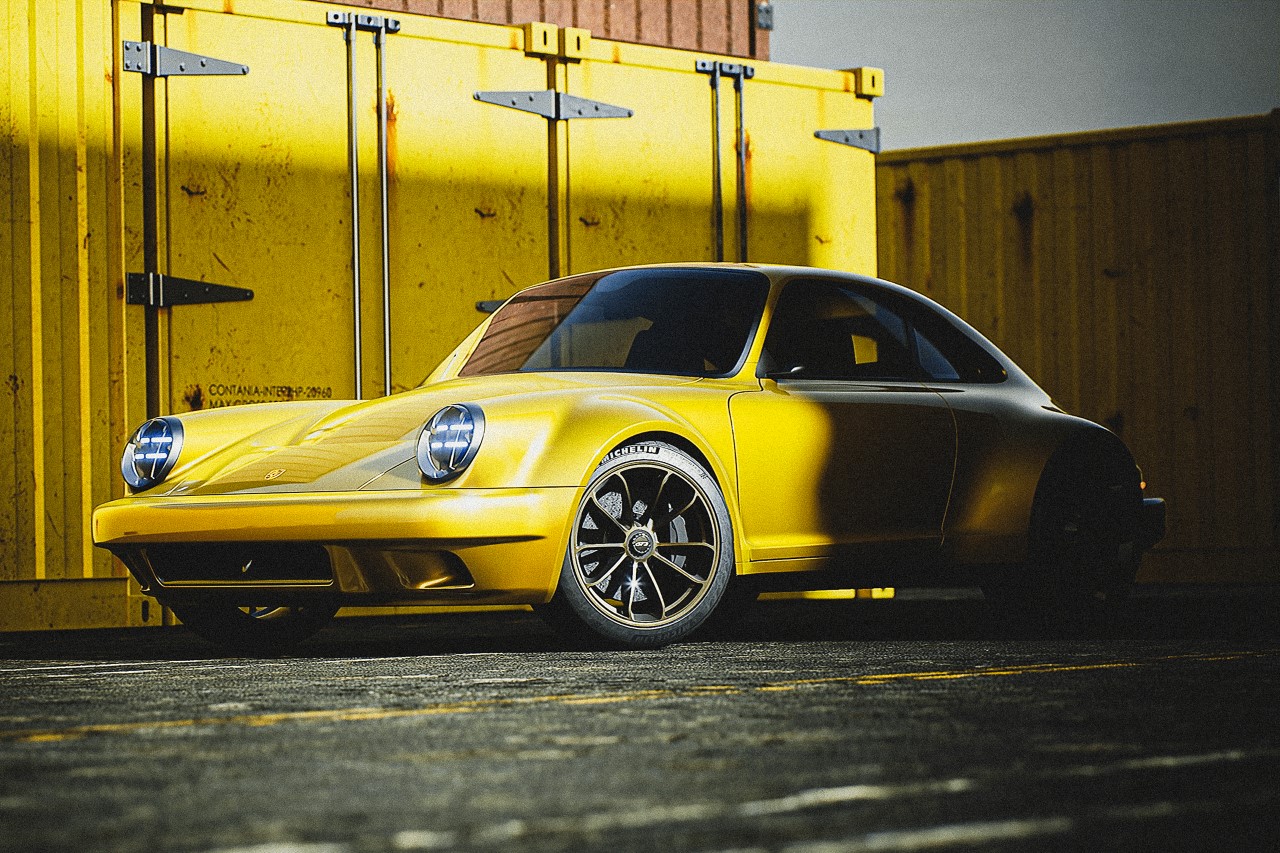 The designers at the big MB are pushing the limits of automotive design by embracing sculptural experimentation. It permeates every aspect of their design process,…

Be socially distant and still use public transport with this driverless tram!

Is anyone else feeling trapped because they are scared to use public transport? I don’t have a car because I have lived in a city…

BamTrike is a three-wheeler that goes with the fancy tag of being a Personal Mobility Vehicle. Besides sporting a really unique form, the most intriguing…

A Benz With The Bends

Someone at Mercedes-Benz is either truly inspired or clearly suffering from dementia. What better way to showcase the future of hydrogen-electric fuel cell technology than…