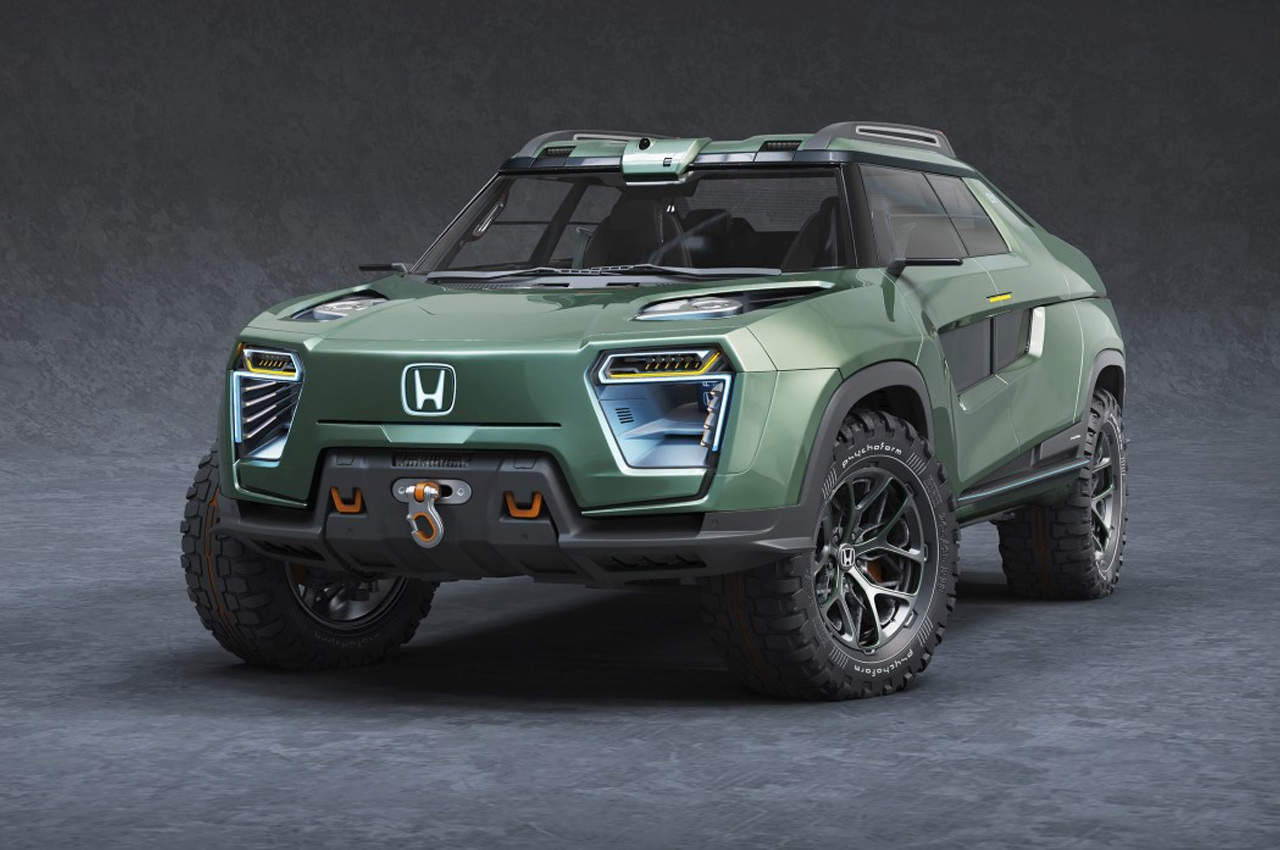 Through the years, some cars have reached iconic status, they’ve captured a place in everyone’s hearts and people reminisce about them to date, whether it’s the Back to the Future DeLorean, the beloved Porsche 911, or off-late, the Tesla Cybertruck. What do three British men, some iconic cars, and their legendary antics with these iconic cars have in common? Just one of the most popular automotive shows in the world, the Grand Tour! The thing about the Grand Tour is it surpasses the cars – they have become every auto enthusiast’s dream to tinker with the best cars, in the best places, with your friends (though I always root for Richard Hammond, and I do wish he would win more!) and even I would swap places with them instantly! Automotive Designers have given some of our favorite wheels creative and enduring makeovers, and we’ve collected a few for you that we totally approve of – the best part is figuring which of these designs would be picked by Jeremy Clarkson, James May, and Richard Hammond, and what their take on each would be. Any guesses? 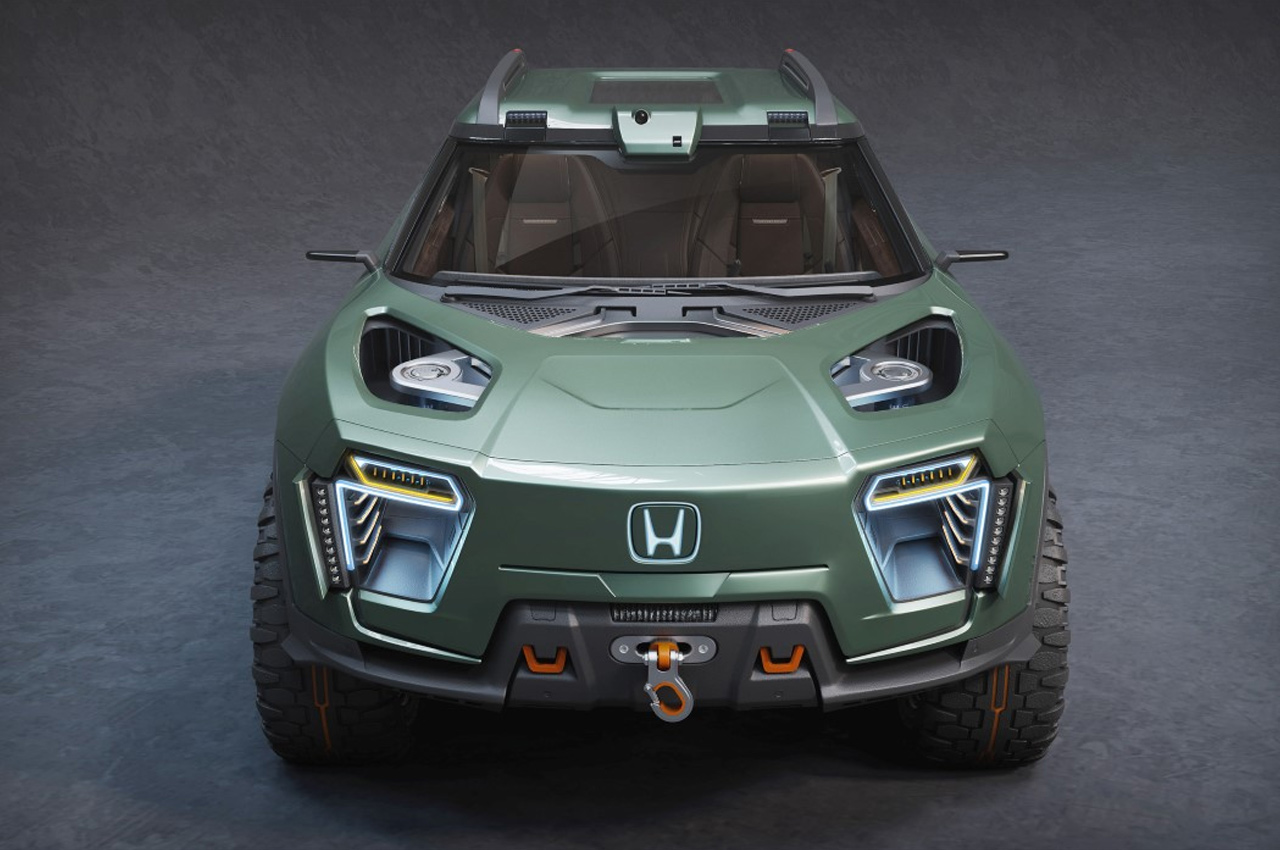 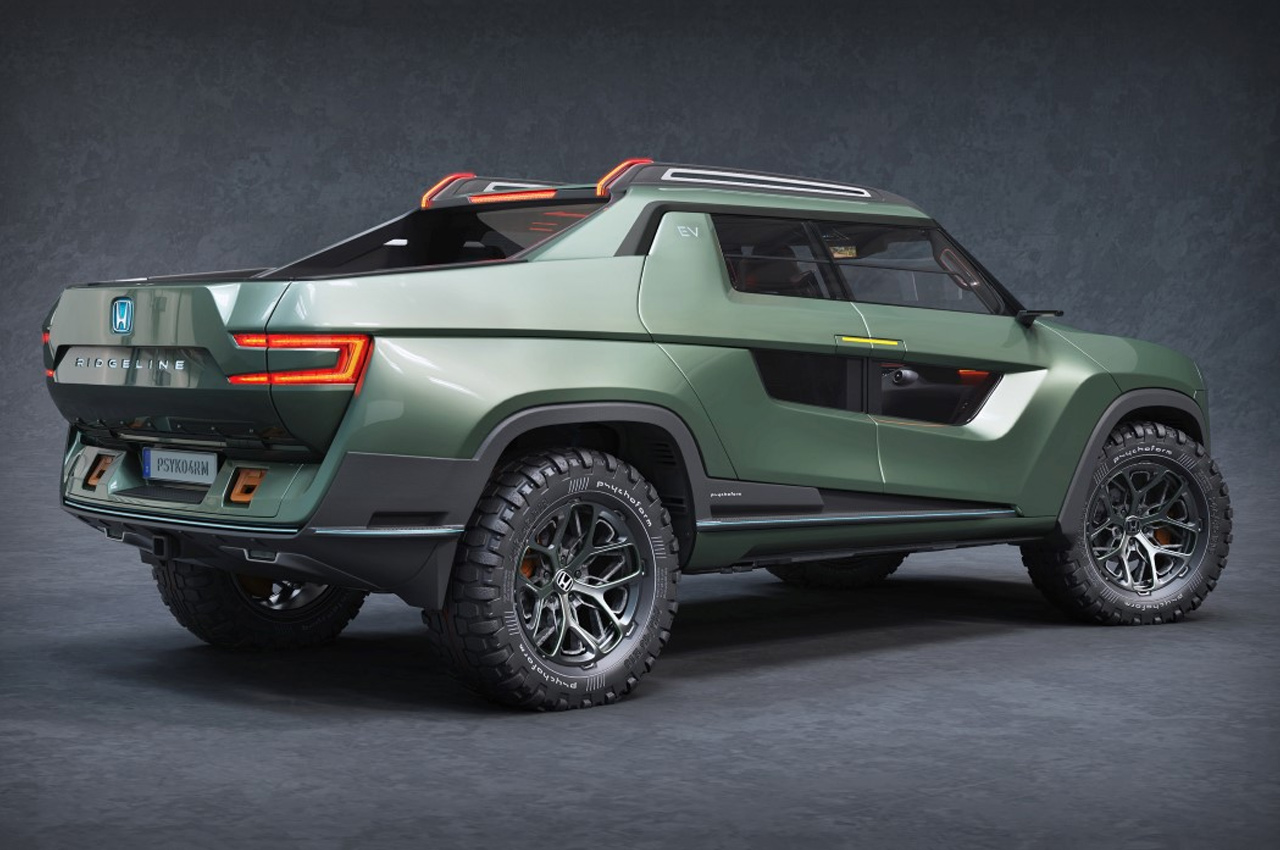 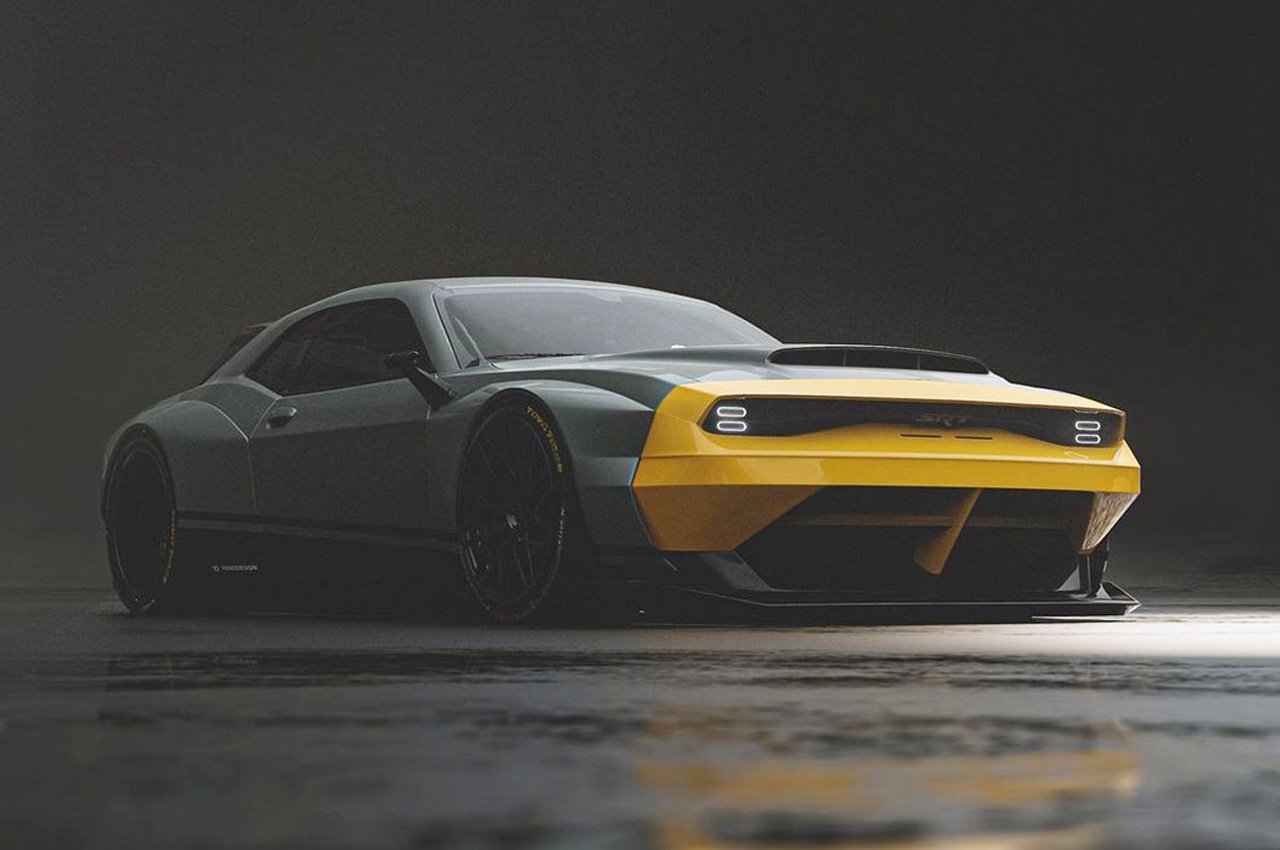 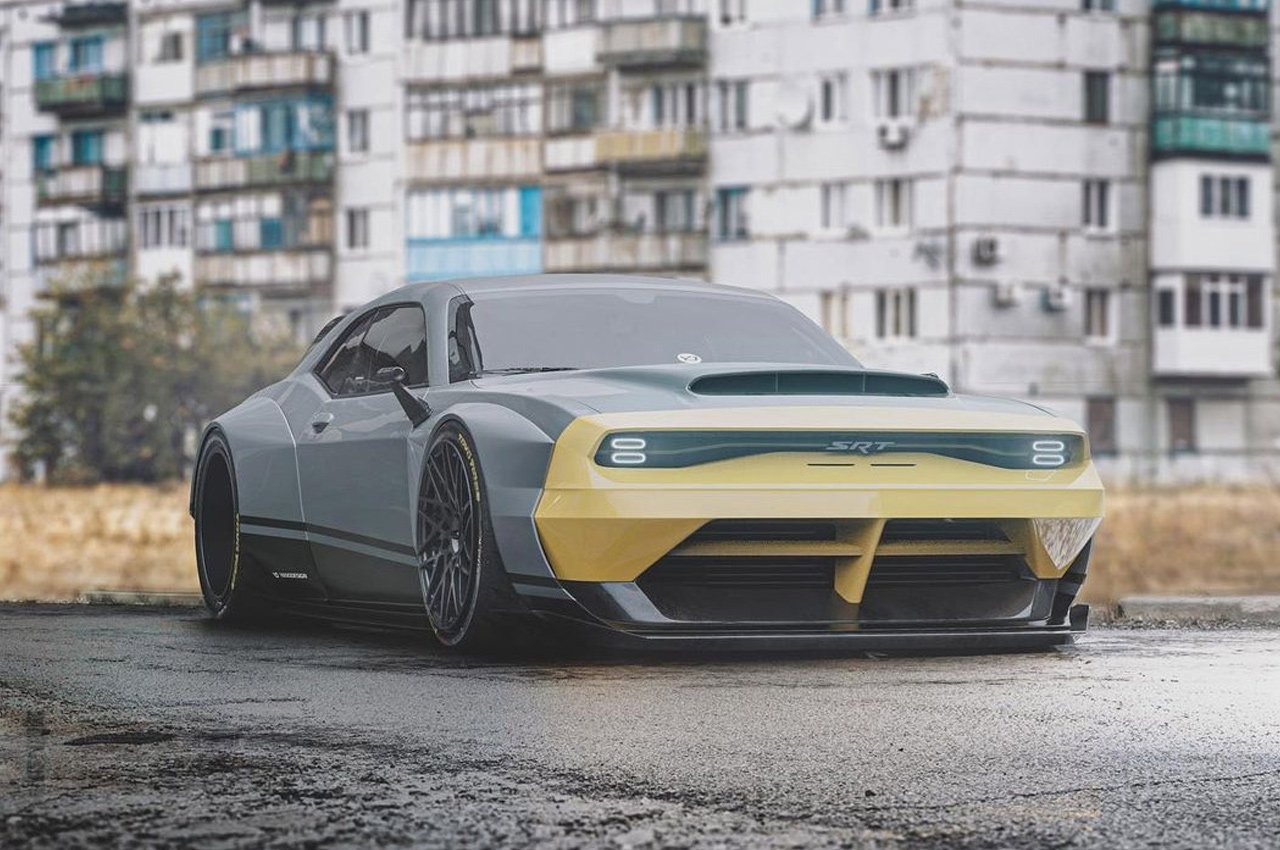 Al Yasid reimagines the Dodge Demon in white silver body and yellow hue for the front bumper – much like the 68 Porsche 908. The choice of yellow comes from the designer’s current bent towards this color from the palette that he likes the most. With tweaking to the front align with over fenders – who would not fall in love with this muscle car! If you notice closely, the Dodge cross grill (air dam) has been modernized, and the rear window aero piece has that attractive shooting brake-like look courtesy of the roof spoiler. Al Yasid points to his love of shooting brakes by saying, “That “roof spoiler” was actually done to give a slight illusion of a shooting brake while not being one hah!” In a fun twist, the yellow front resembles a duck’s bill for those who love a biological inspiration on their ride, but to me, the yellow is a pure throwback to Bumblebee, our favorite transformer ever! 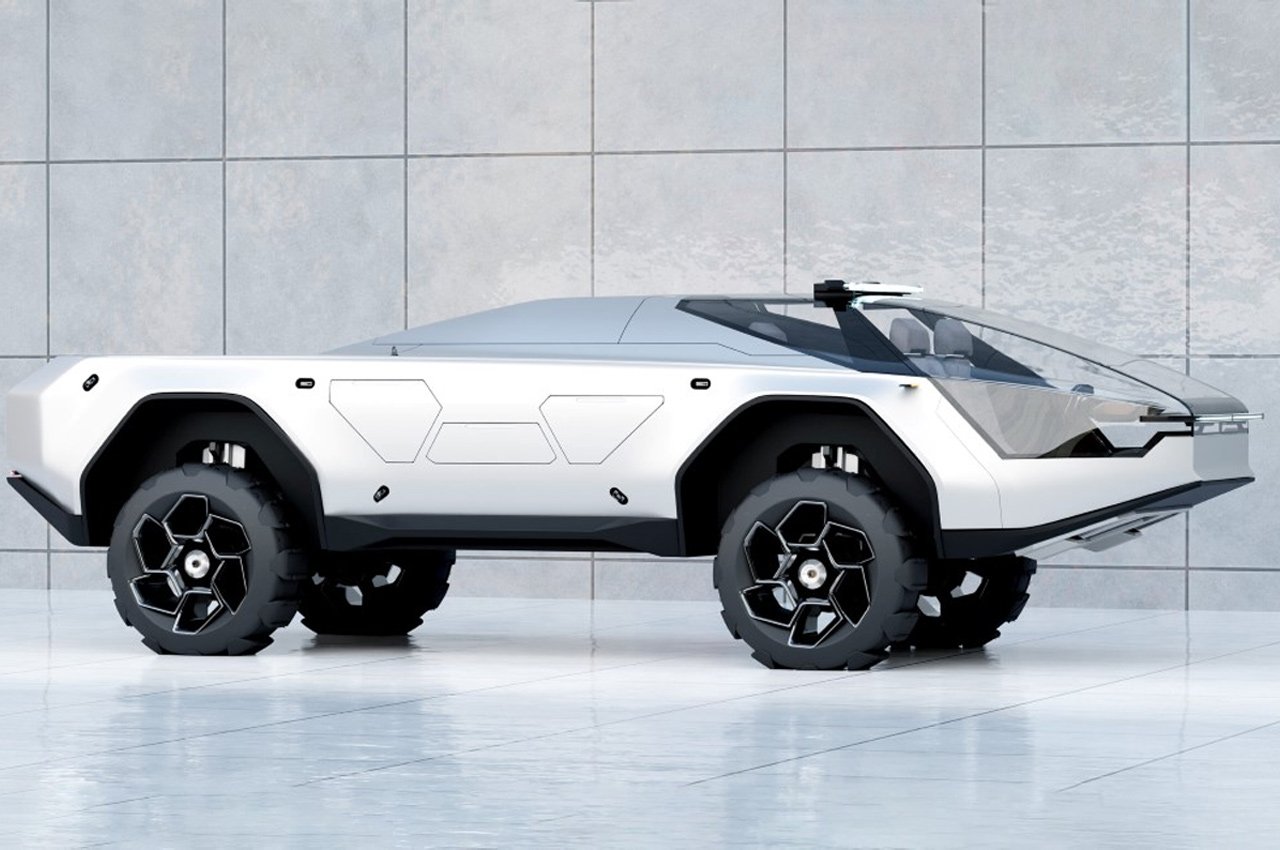 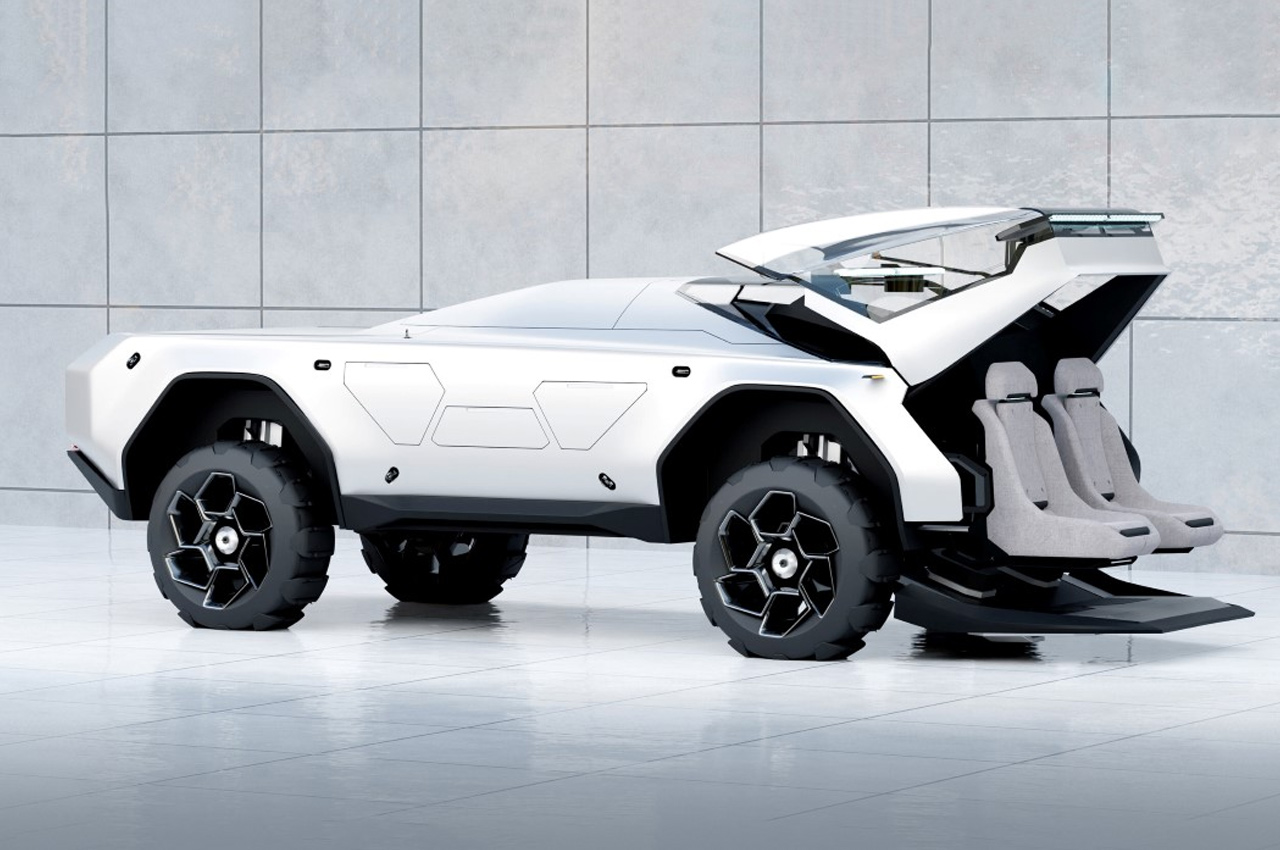 The Pandemax Concept by Radek Štěpán is unconventional, to say the least. It has a distinct Star Wars-inspired aesthetic and those all-terrain tires and that high ground clearance really implies the car could easily work on the roughest of alien terrain. Designed to be a sort of explorer vehicle or manned rover, the Pandemax comes with two seats at the absolute front of the vehicle, with a panoramic windshield that lets the explorers get a full view the terrain and landscape ahead of them. Sure, a few questions come to mind too, especially regarding driver safety and the center-of-gravity, given that the drivers are sitting outside the car’s wheelbase. However, it’s a neat aesthetic exploration of an interplanetary vehicle if you ask us. I’m especially loving the Cybertruck vibe, and I’m sure the driver gets a hell of a view! 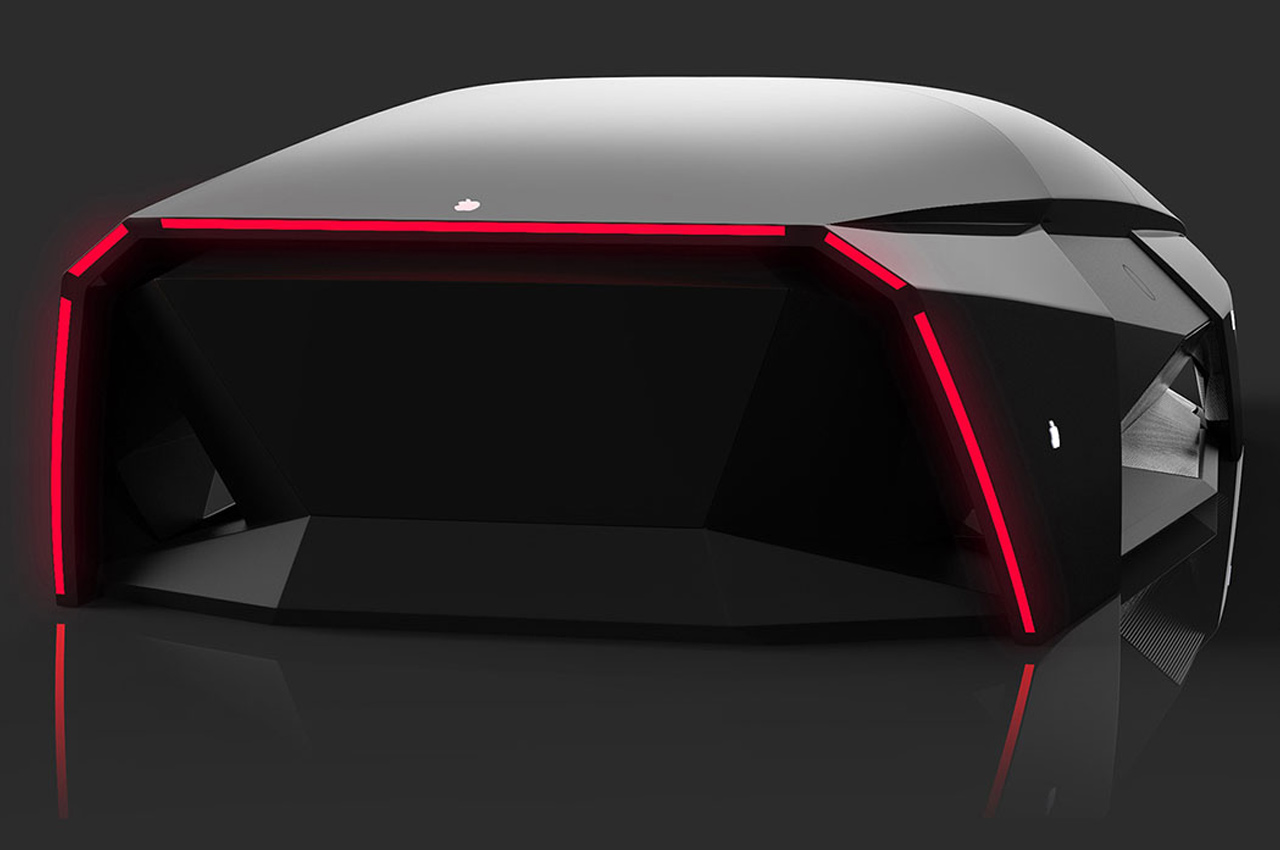 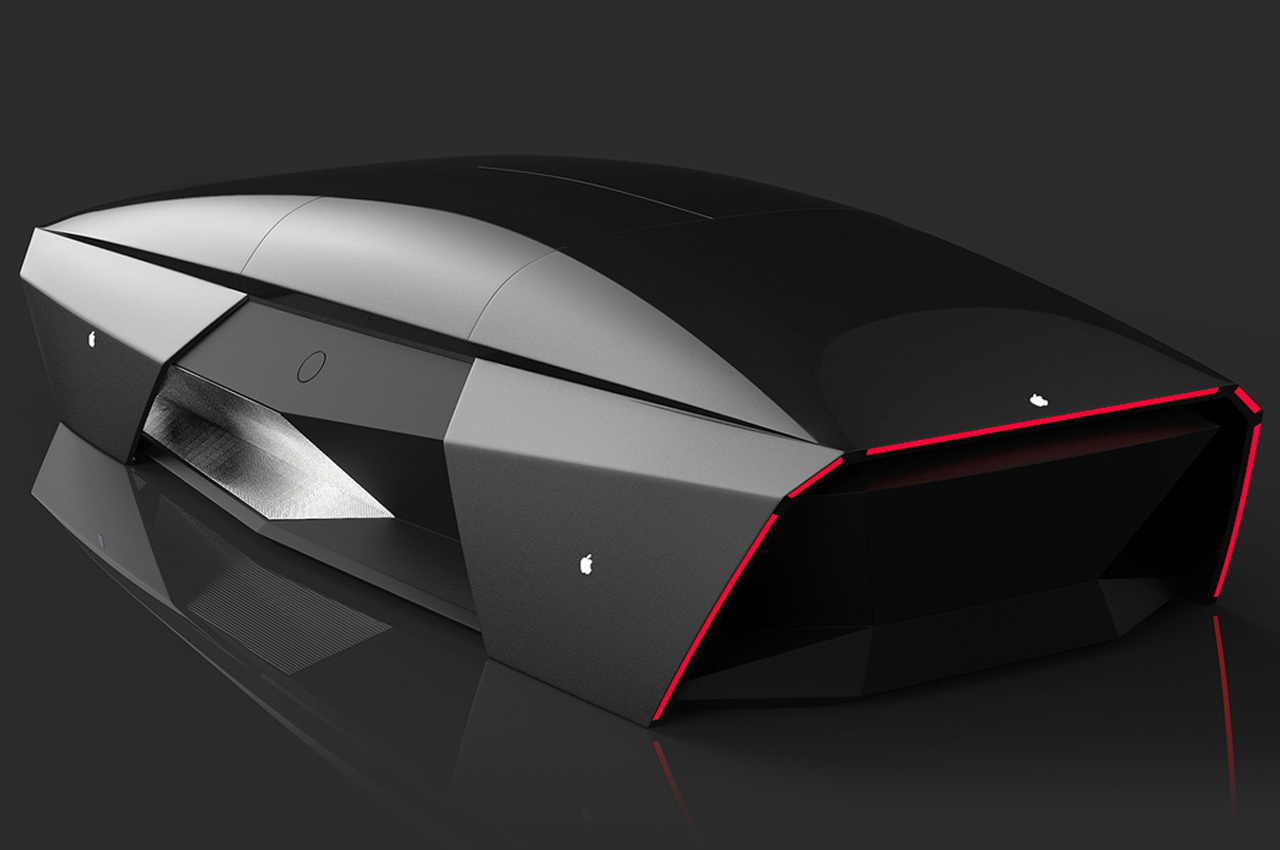 The direct competitor for the Apple Car is obviously going to be Tesla who’s got a strong foothold in the self-driving electric car market. According to some sources, the Apple Car will not have any driver’s seat or even driving controls which could be a bummer for motorheads who love the feel of controlling their machine. The Apple Car will look like anybody’s guess, but to give a close idea of what it may be like, Ali Cam’s Apple Car 2076 is a good reference point to take home some inspiration. Adopting Apple’s sharp design aesthetics, the car looks like a mouse shaped like a car at first glance, but then you realize it’s actually a minimal car concept. Loaded with advanced driving systems Ali envisions the blueprint far in the distant future – the year 2076 to be precise. The choice of year apparently is the 100the anniversary of Apple ever since it was founded by Steve Jobs, Steve Wozniak, and Ronald Wayne. 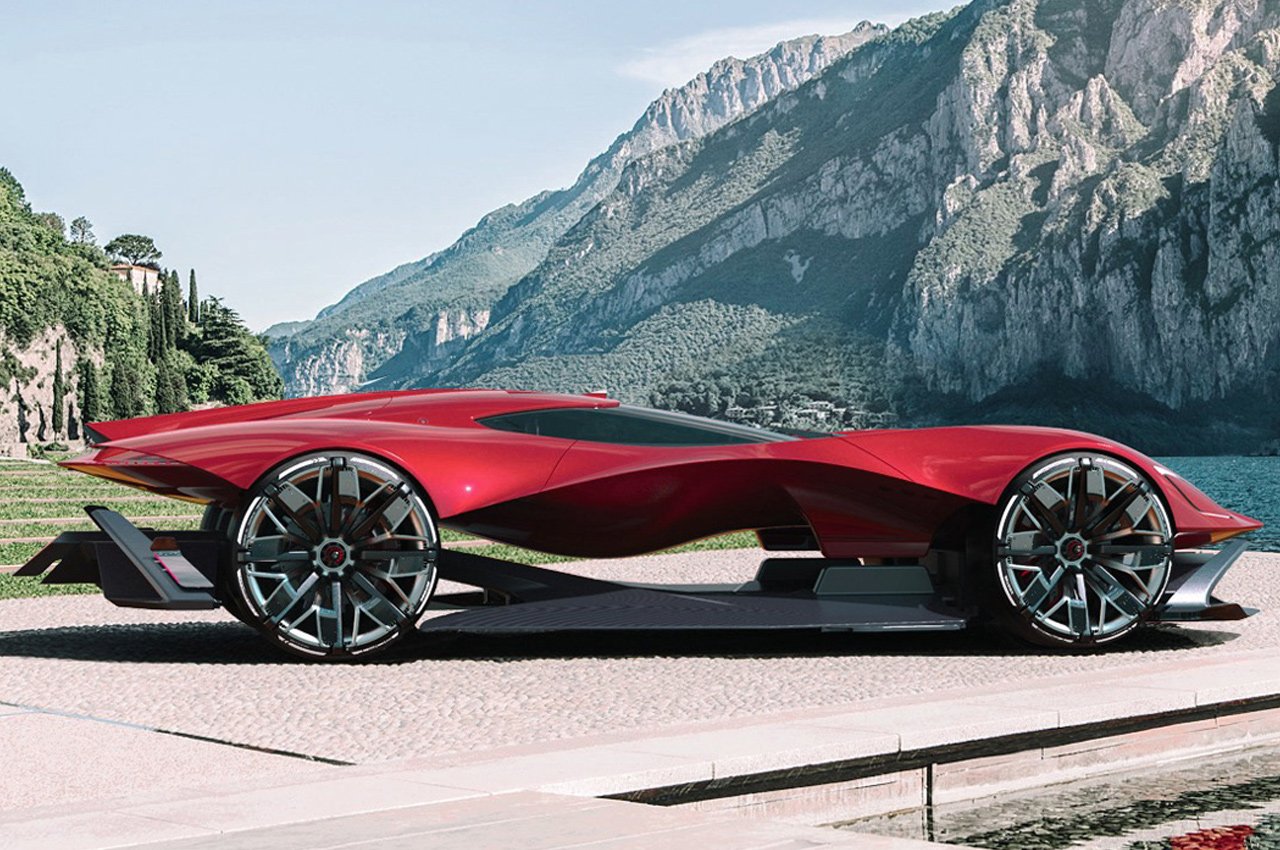 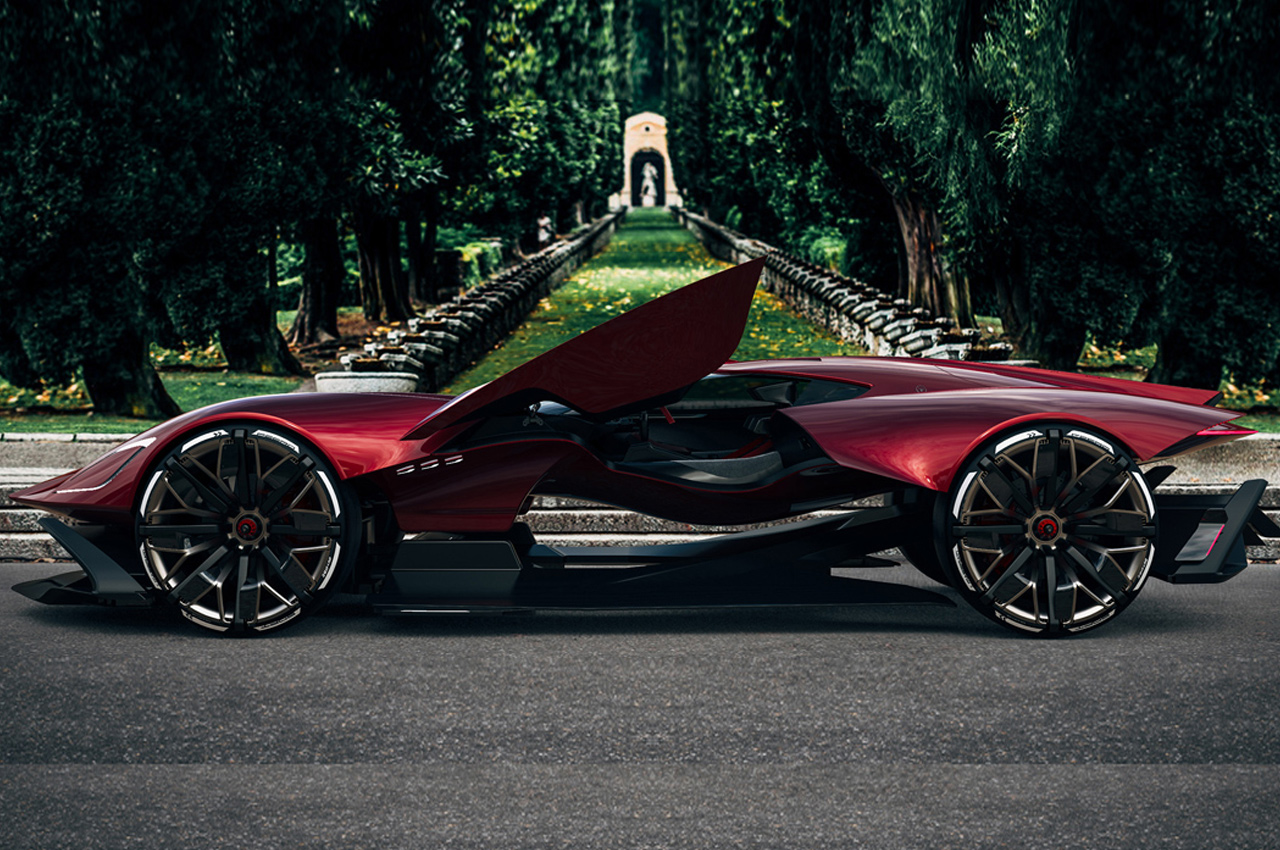 2020 saw the Italian automaker introduce the halo supercar MC20 and to spice things up designer Salvatoreandrea Piccirillo has come with an electric Gran Turismo supercar concept, he likes to call Maserati Neptune. The designer penned this concept render in collaboration with FCA Group as a part of his training course at IED Transportation Design. The concept borrows the driving position from the 250F Formula One racer and the negative space down the bottom middle is something that’s unique. Maserati Neptune is powered by the Formula E racecar platform with the battery positioned behind the front wheels. The Gran Turismo car has a splitter located at the front and a big diffuser on the rear, giving it a very speed demon-like character. Salvatoreandrea has designed the concept keeping the driving pleasure, sportiness, and comfort in mind – and that’s evident from what we see here. 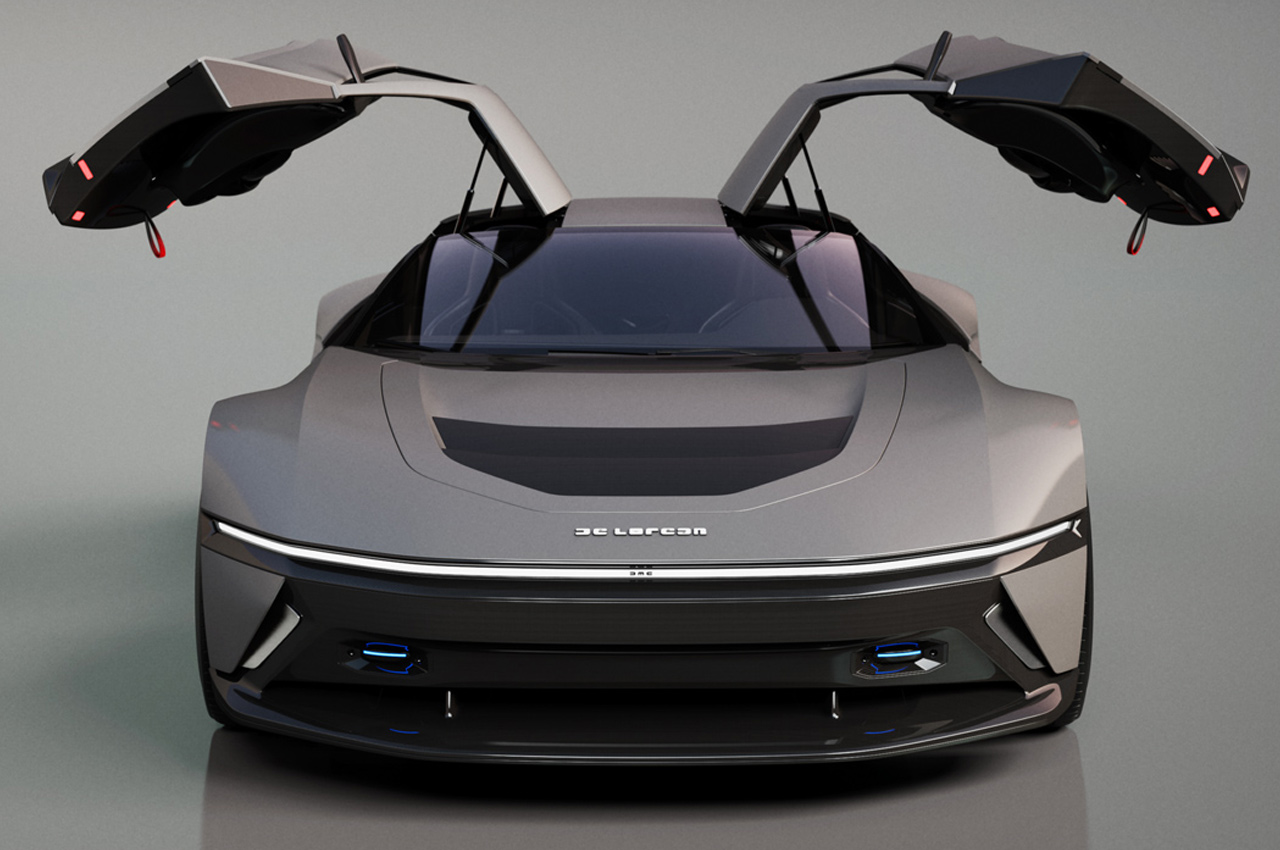 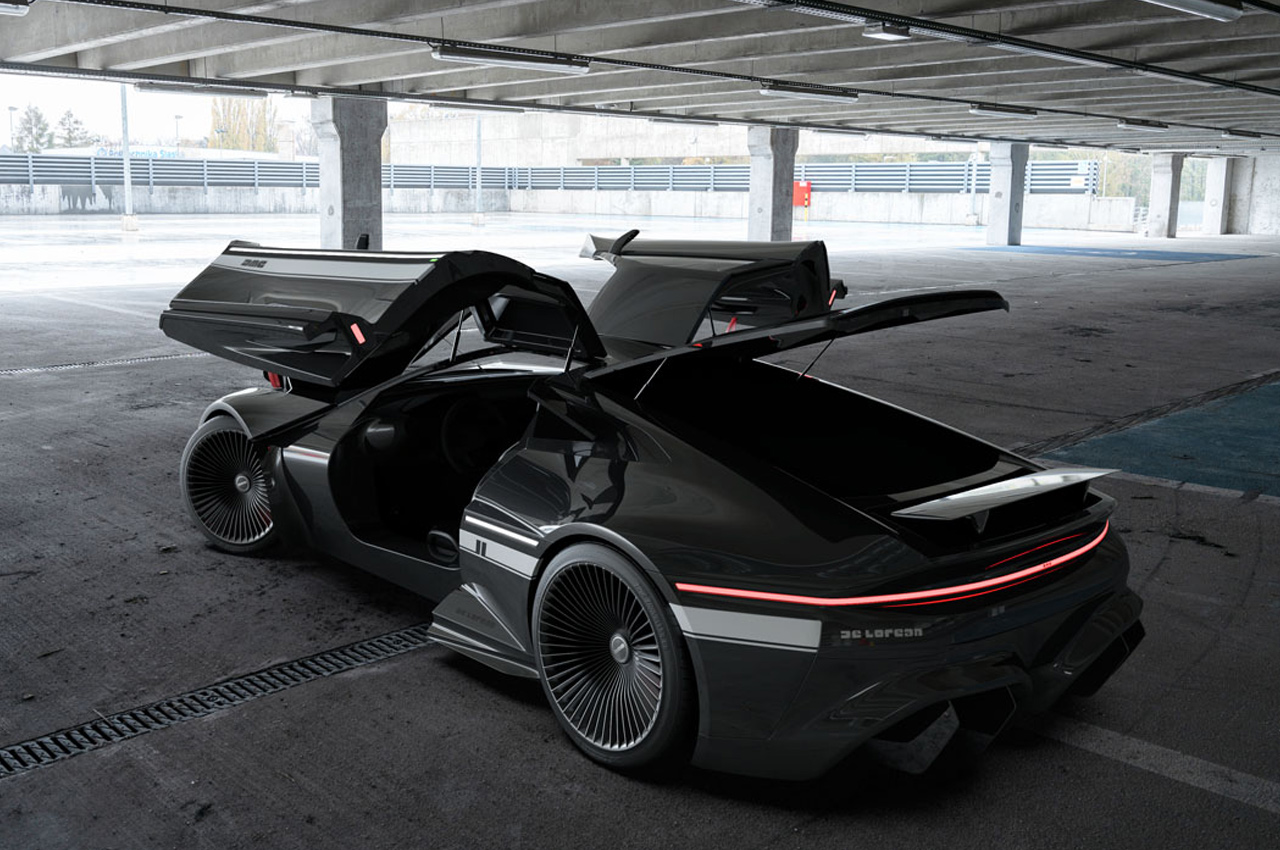 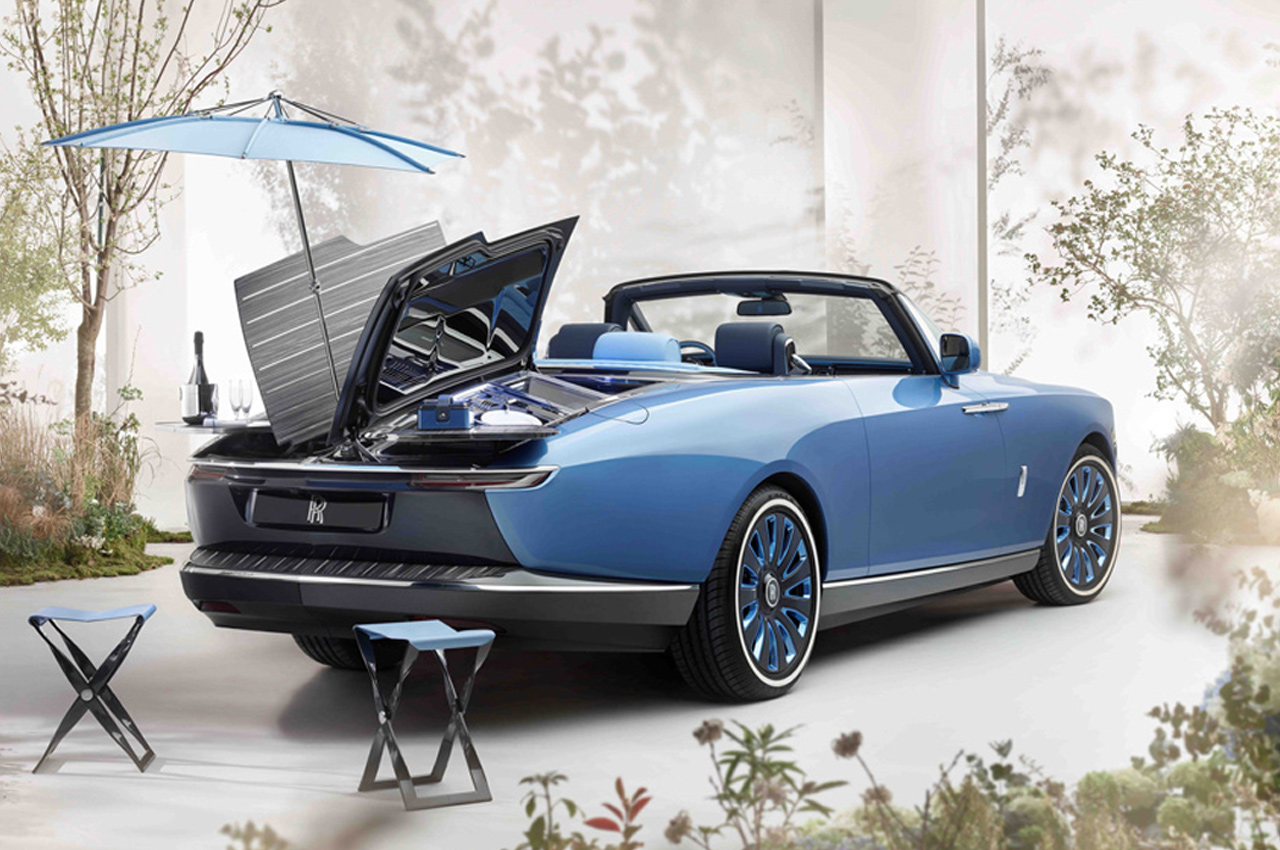 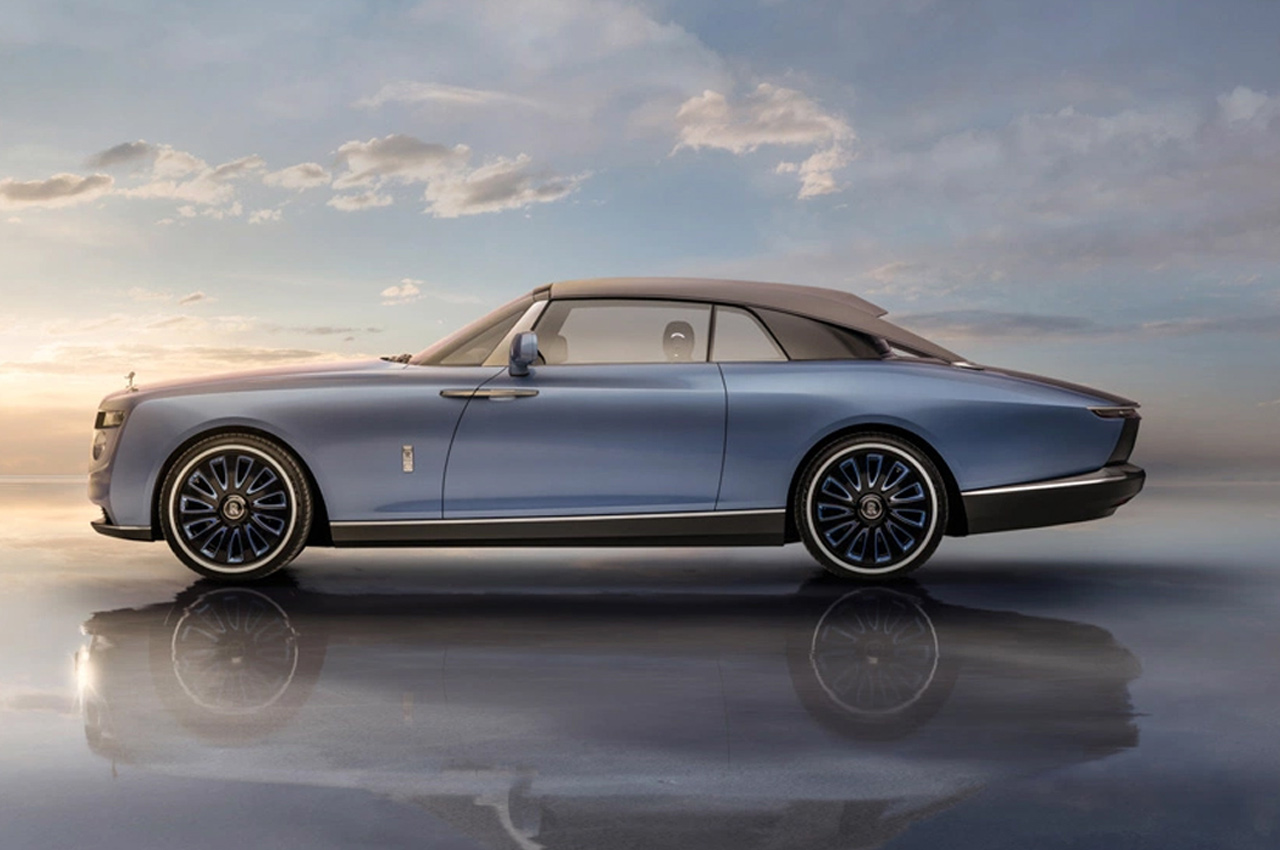 The Boat Tail, a coupé born from the patrons’ enduring love for the sea and taste for nautical design, was designed specifically to celebrate the hand-craftsmanship and relative history of yacht building. Three coupés inspired by nautical shipbuilding design have been built under the modern coachbuilding department at Rolls-Royce. Merging today’s advanced technology with the trusted bespoke coachwork of yesteryear, the Boat Tail’s hand-formed chassis cradles a 19-foot bonnet that covers the car’s 6.75-liter V-12 engine. The stone azure coat of the Boat Tail slopes to a wisped finish around the rear and borders the motorcar’s painted pantheon grille. 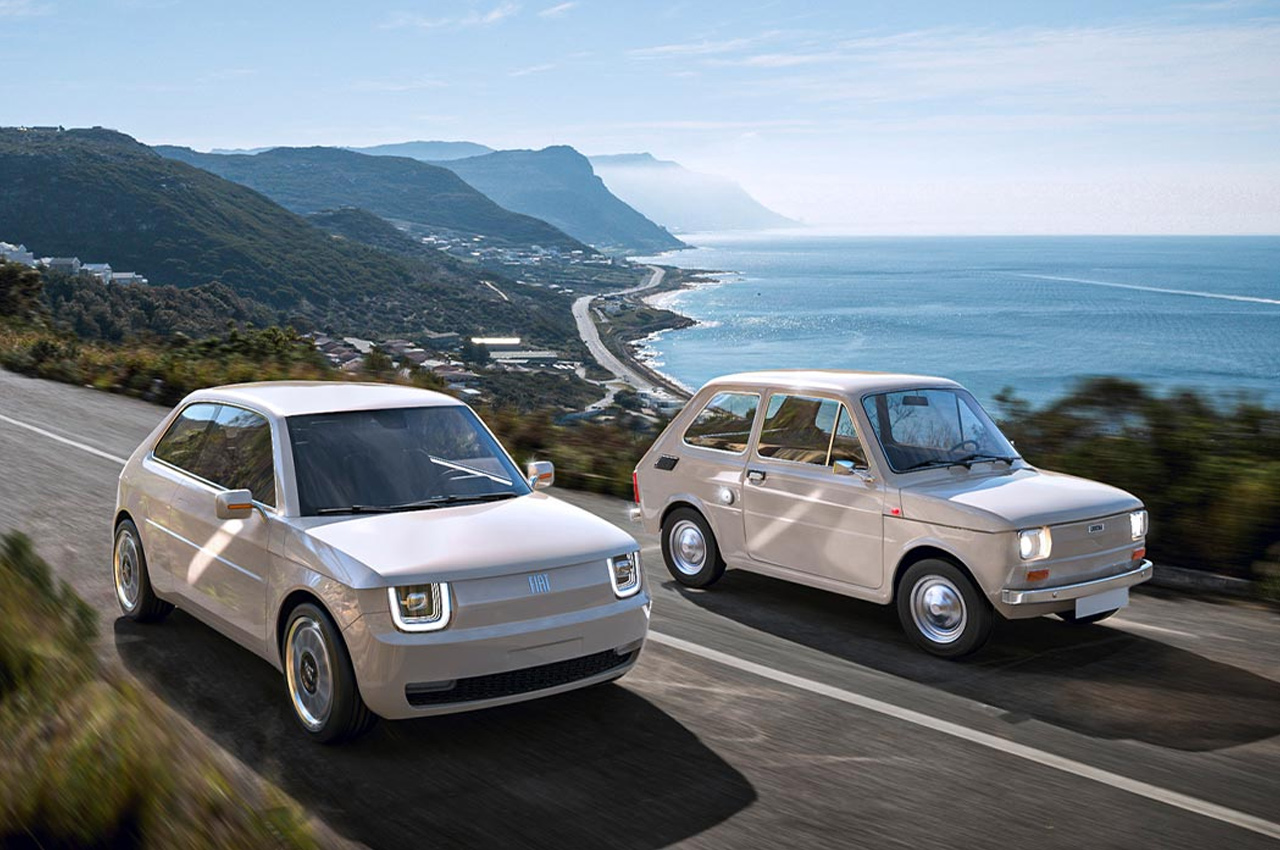 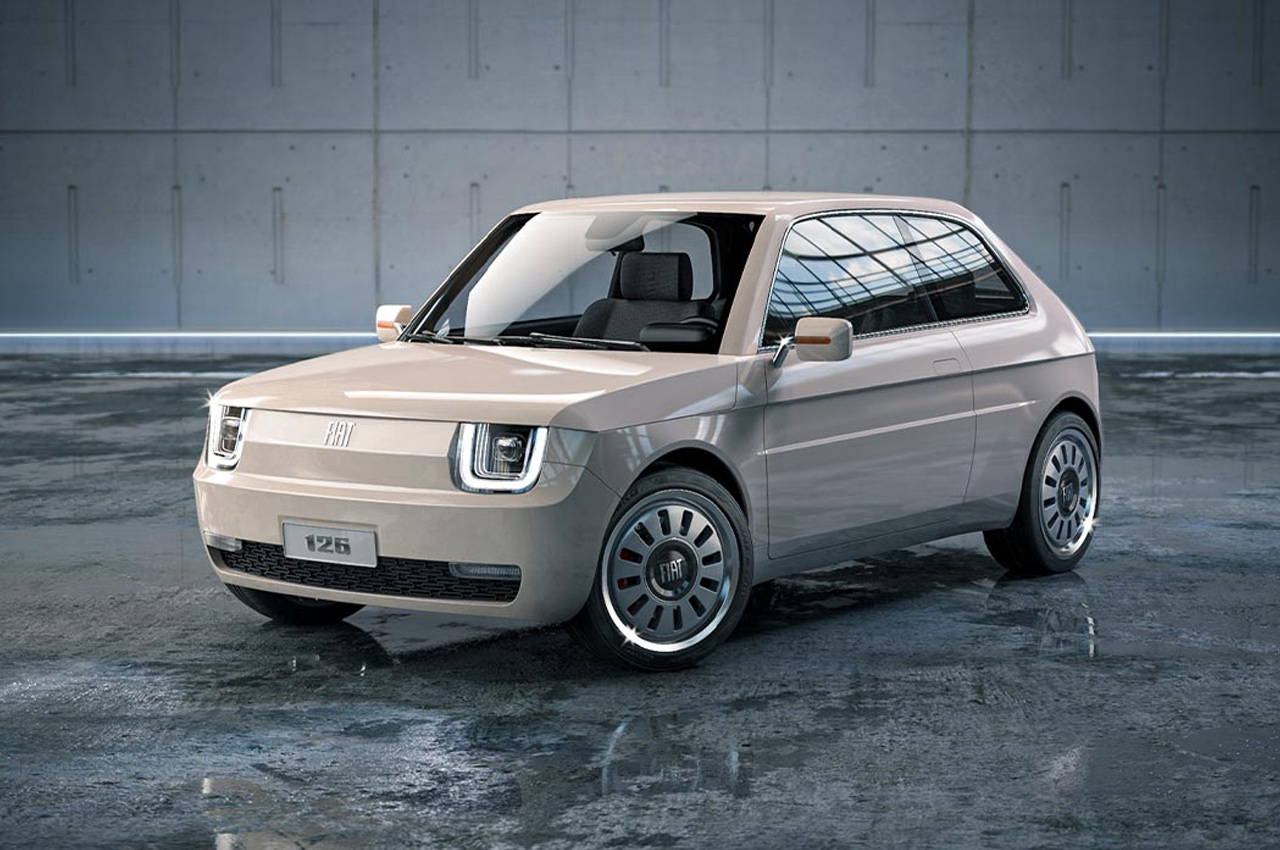 This all-electric car is actually Vecchia’s first automotive design project. It reimagines the popular Fiat 126 model from 1972 to fit in our current scenario where vehicles are headed towards a fuel-less future. Fiat 126 is a four-passenger rear-engined city car, introduced by the brand at the Turin Auto Show as a replacement for the Fiat 500; it was one of the most successful models with a total production of almost 4.7 million units. Vision 126 has a balanced aesthetic of vintage and modern. While the concept has square headlights to resemble the original model, making it slightly slimmer would slightly more modern look and take off some visual bulk from the front. Vision features radial vents in a way where they are integrated within the steel cap which is similar to the original wheel design. 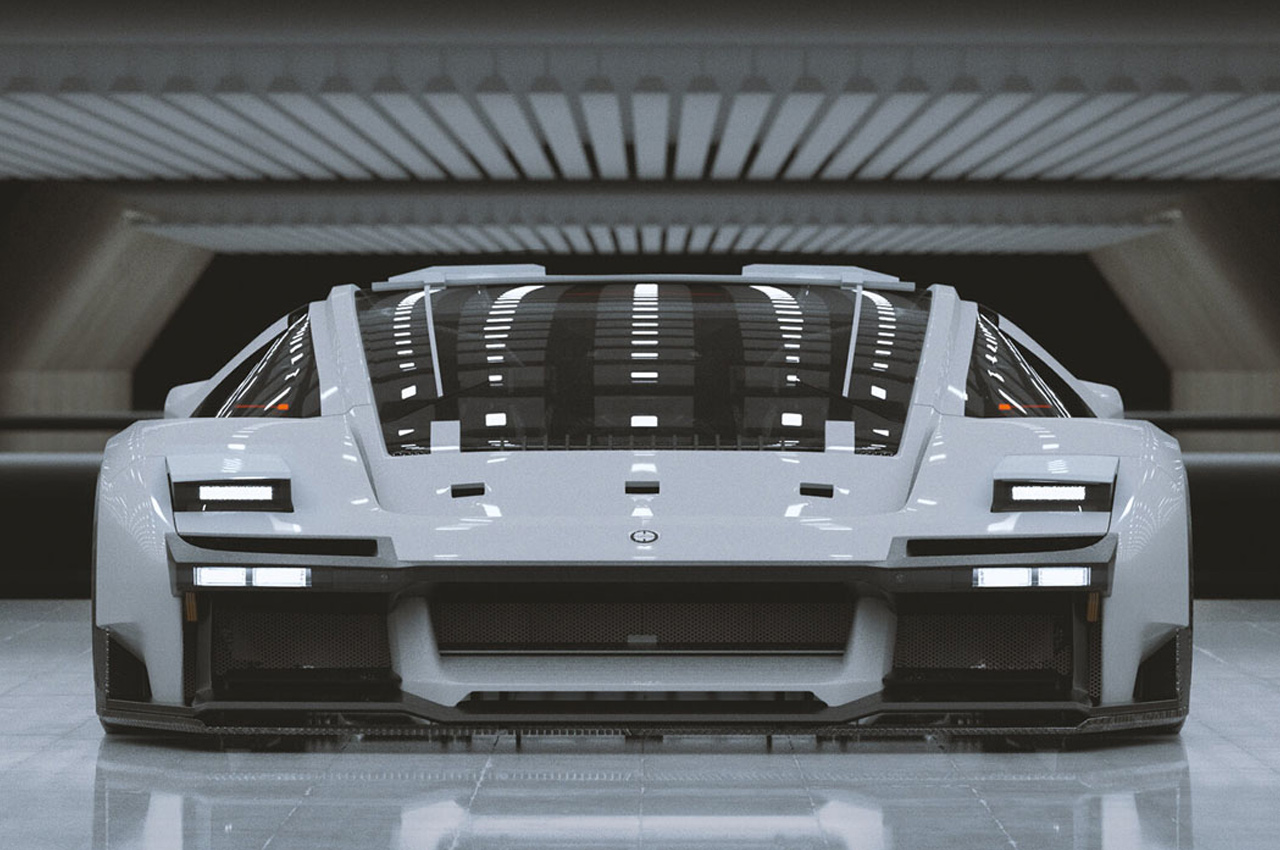 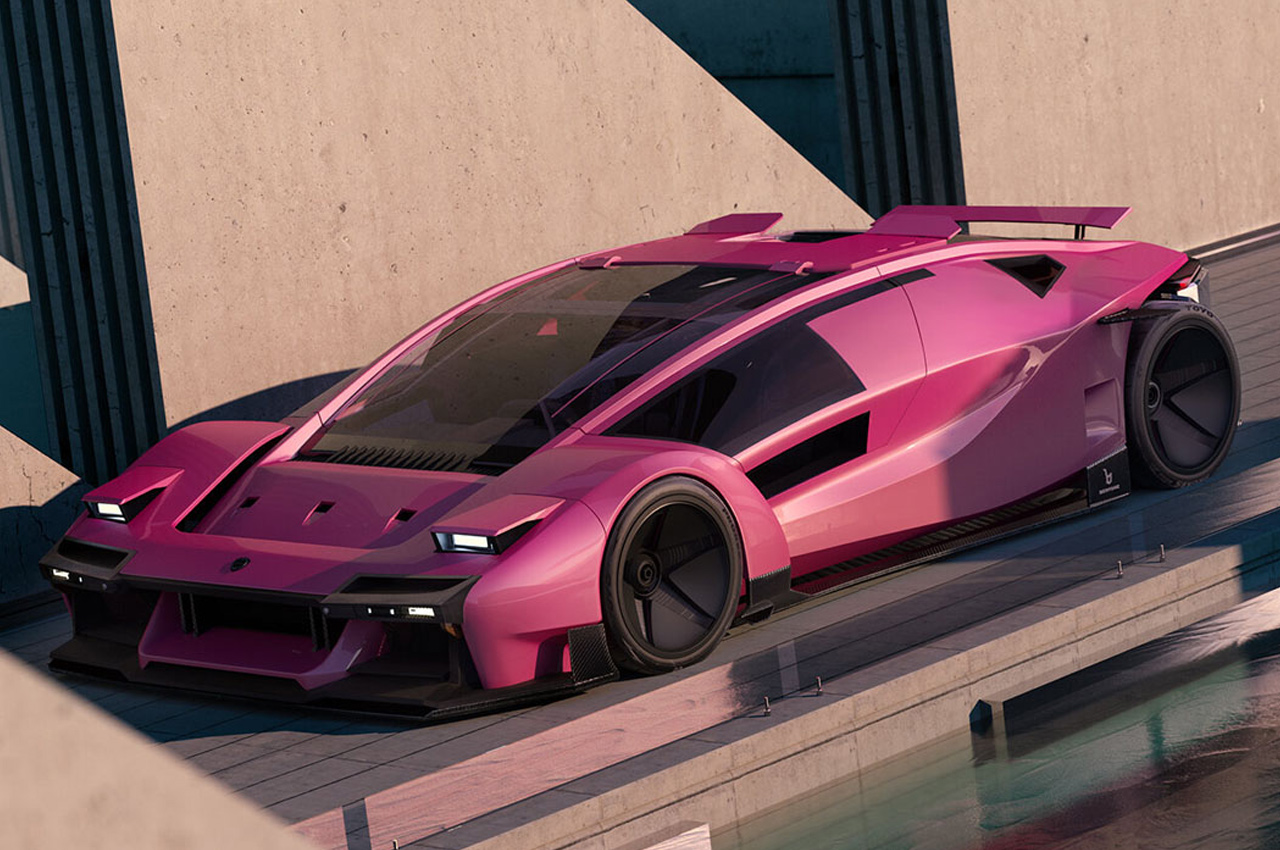 The Bertone-designed Stratos Zero further escalated the car’s face value a notch higher. Decades have passed, but the edgy four-wheeler is still alive in the subconscious of automotive enthusiasts like Shane Baxley. Having his feet deep in the Hollywood community (his work features in movies like Captain Marvel and The Predator), Shane is creative in designing automotive concepts. His latest work is the Bertone Stratos Bax – a remake of the Bertone Stratos Zero in an upbeat modern makeover that’s utterly desirable. Renders of Baxley’s latest concept are jaw-dropping, as I already want to open the gull-winged doors of this beastly supercar and drive it on the open roads. He has contoured the ride’s ultra-sharp edges just at the right places in the right proportions to give it that hot appeal. The flowing design and the fat tires with the hollowed-out rim lend it a very street-legal racer DNA, ready for any challenger on the other side of the lane! 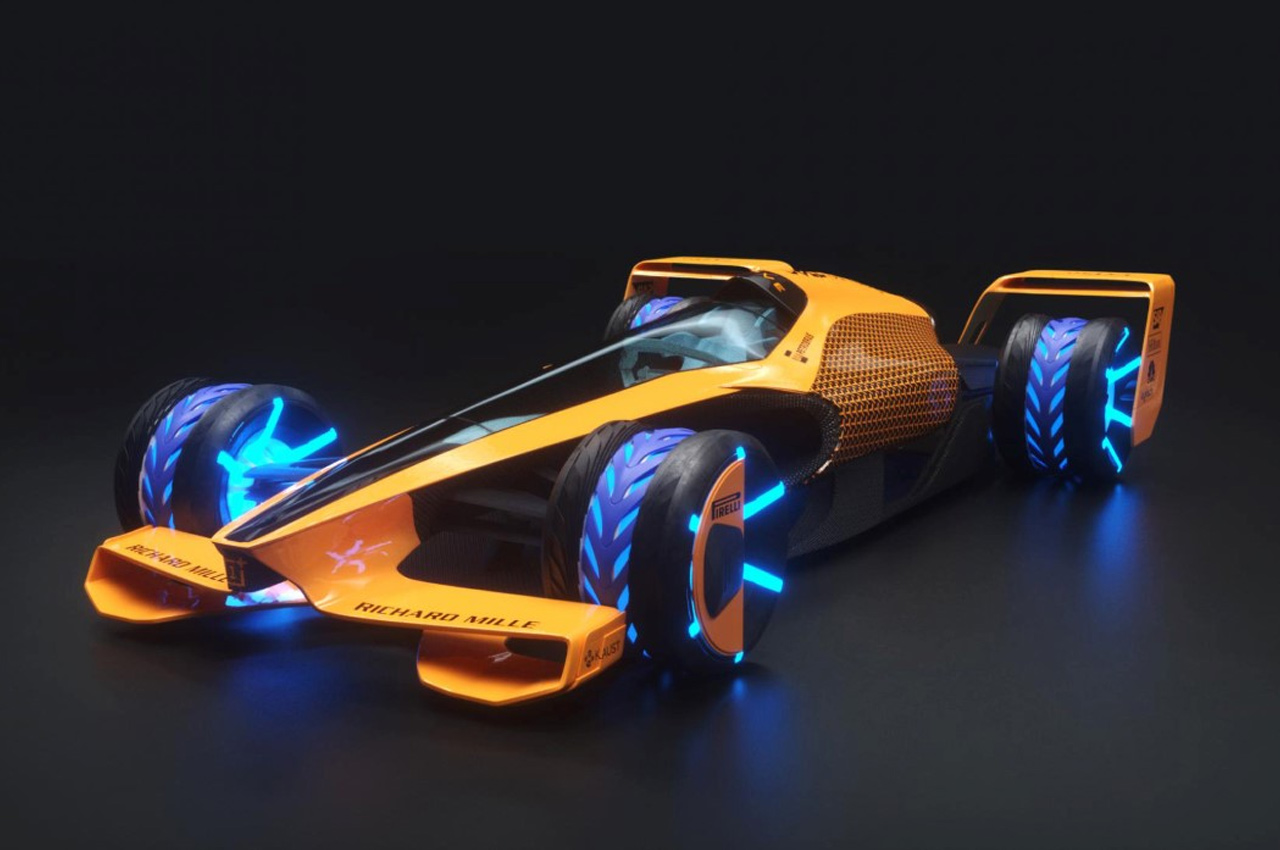 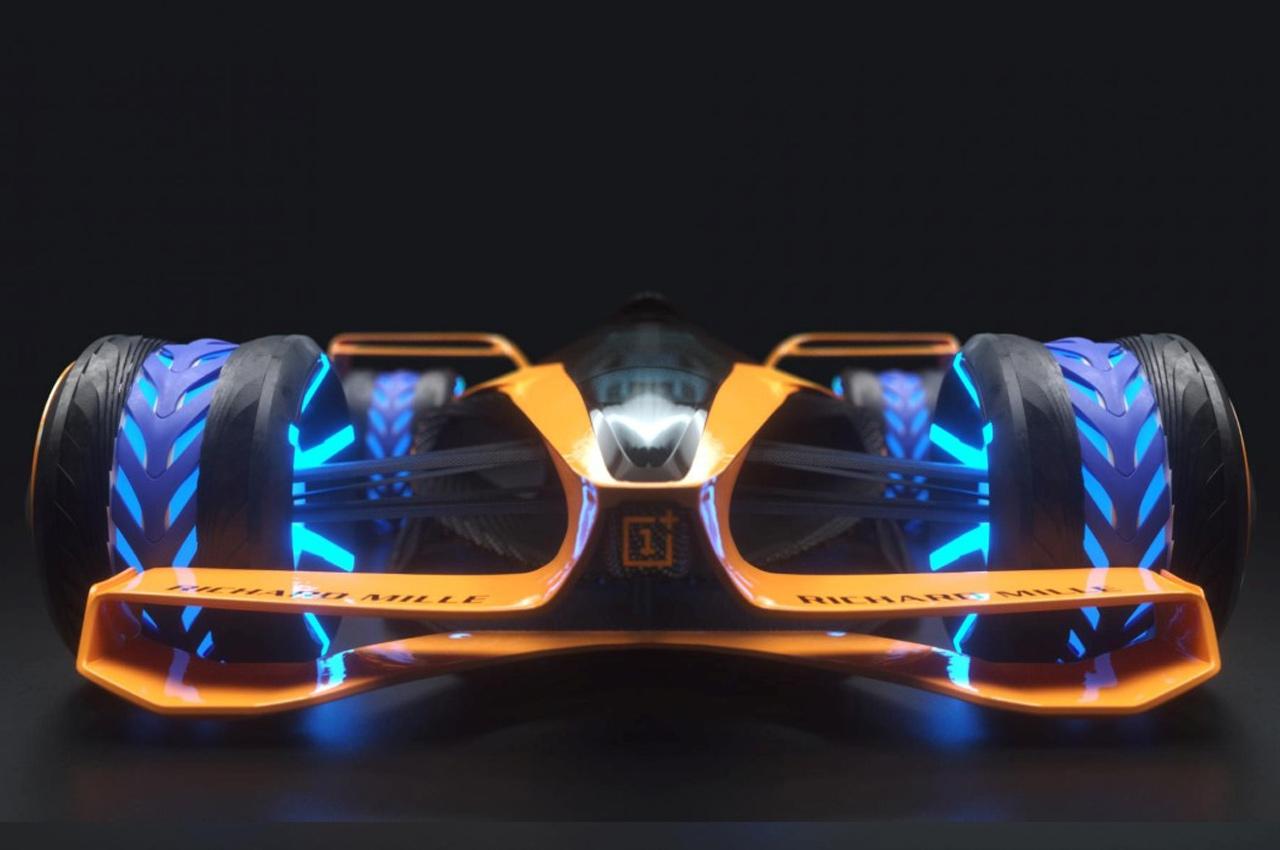 Looking like something either out of a videogame or a movie about videogames, this is MCLExtreme, an amped-up vision of what a fully-electric F1 will look like in 2050, courtesy McLaren. Sparing literally no detail, and quite literally painting an incredible picture in the process, McLaren’s vision for 2050 has quite a few interesting predictions. A completely electric drivetrain is a given, considering Formula One’s gradual drift towards it. The cars won’t just be electric, they’ll charge wirelessly too. The track will supply power to the cars at strategic intervals as they drive in circles. However, where it gets interesting is that McLaren says that in order to charge effectively, drivers will have to slow down to gather more energy. Drive slow and you charge more, drive fast and you save time. The concept of the pit-stop doesn’t exist in 2050 either. The car’s tires will be crafted from a much more durable and self-repairing material that makes them last longer and eventually repair over time, therefore never needing replacing.

What do you think this is? Hmmm, if you guessed it as a lock of some sorts, then I’ll hand it you; you’re pretty close….

2019 is here! And with this evolution of time, we need to address the evolution of the design process as well. Over the last decade,…