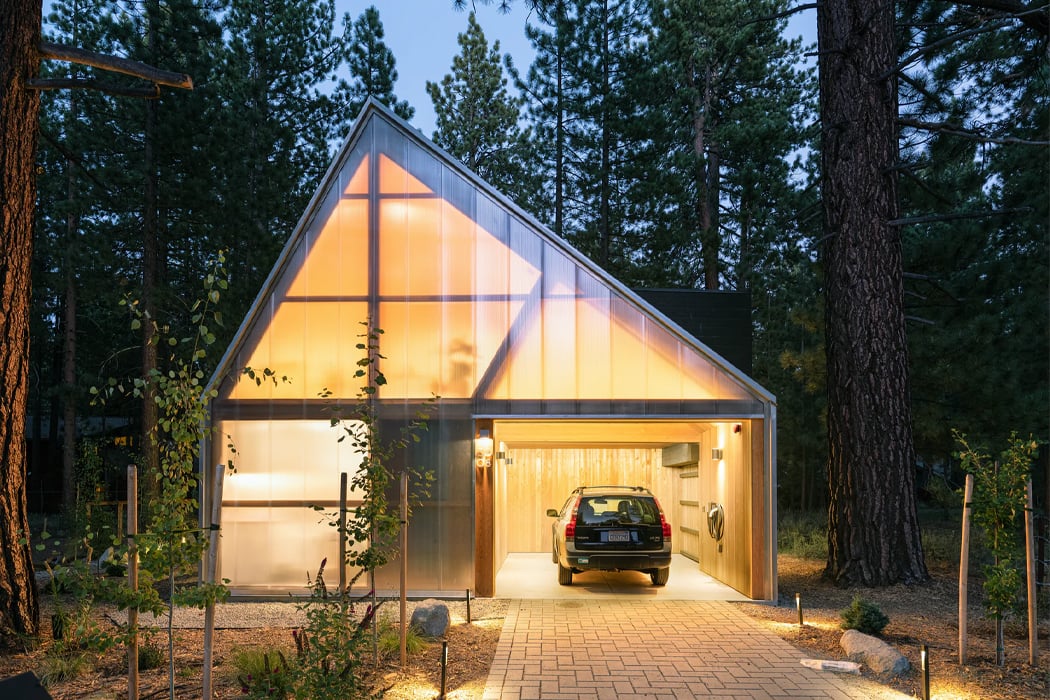 There are A-frame cabins, farmhouse cabins, and modular cabins. Then, there are cabins that completely reimagine what one might look like. Slinked around the pine trees of a forest somewhere in South Lake Tahoe, a lake house retreat forms a one-of-a-kind layout, using natural sunlight to fill up its interior. Designed and built by Joongwon Architects to minimize the home’s impact on the environment, Lightus Retreat was planned and built around the forest’s existing trees, creating a shape for the home that was defined by the land.

Joongwon Architects built Lightus in a heavily wooded area, but they weren’t about to cut down any trees in the process. Moving away from the traditional symmetric and compact modes of vacation home architecture, Joongwon Architects aimed to design a lake house that first took cues from and worked in tandem with the environment. Opting to conceive the layout of Lightus by wrapping it around the forest’s existing trees, the final construction of Lightus forms an irregular and angular shape. Walking through the lake house, juxtaposing architectural accents seep the home in dynamic energy, moving between compressed corridors to open living areas and shadowed walls to bright spaces lit up by natural sunlight.

Speaking on the decision to build a vacation home that takes cues from nature before anything else, Joongwon Architects describes, “Where urban environments are compact, efficient machines for living, this new typology is splayed out, folded, attenuated.” The architects move on to explain that Lightus was organized by its roof’s configuration rather than the home’s layout, weaving in and beyond pine trees to form narrow hallways that bloom into expansive sun-drenched rooms, mimicking the flow of narrow straits connecting two larger bodies of water. Treated with Siberian larch for the home’s exterior, the siding of Lightus merges with the synthetic polycarbonate ends of the cabin to suggest the prospective continuity of this type of architecture. As Joongwon Architects put it, “As the environment shapes the cabin, the cabin shapes light, and the light shapes us. Let the journey continue.” 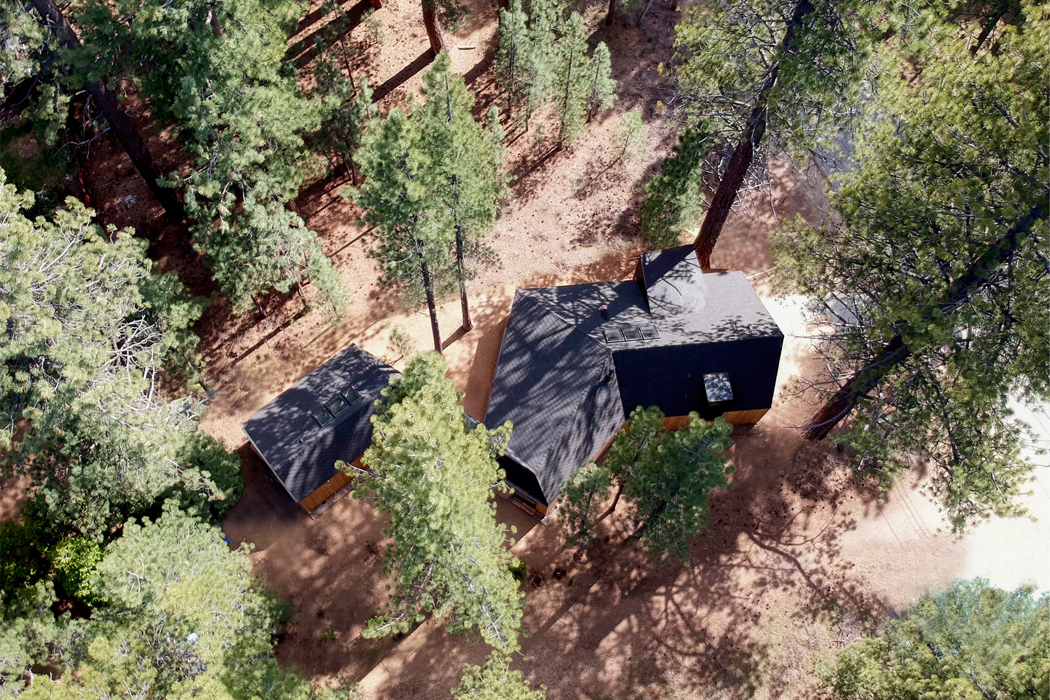 Woven throughout the existing trees on a forested lot in South Lake Tahoe, Lightus Retreat forms an irregular and angular shape. 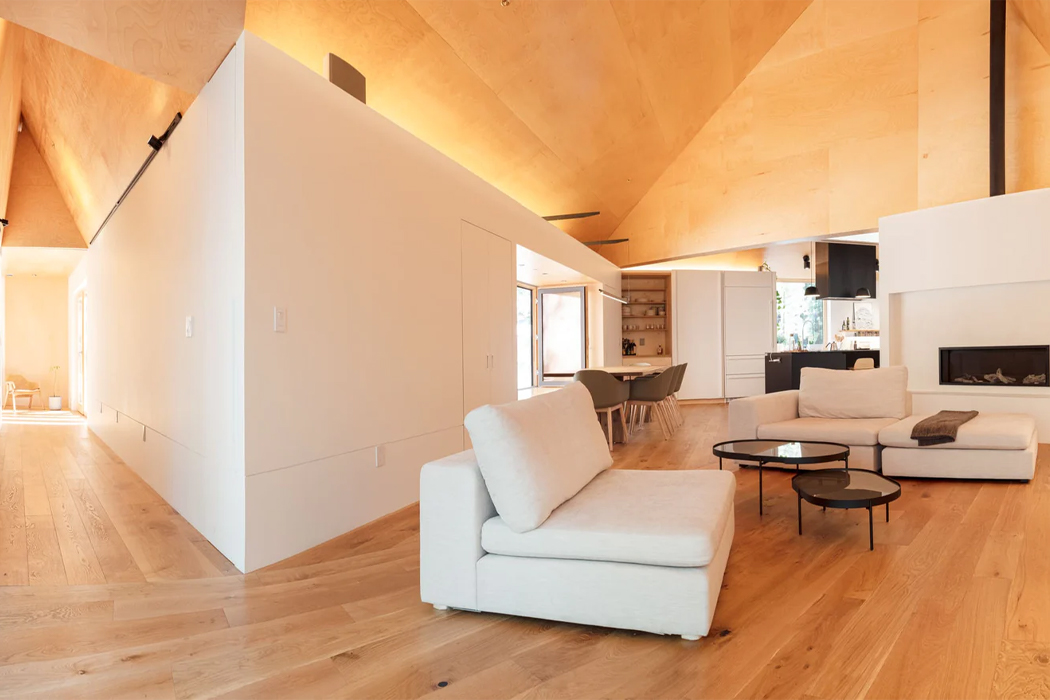 Moving in between compressed hallways and open living spaces, Lightus Retreat leans on a juxtaposed layout. 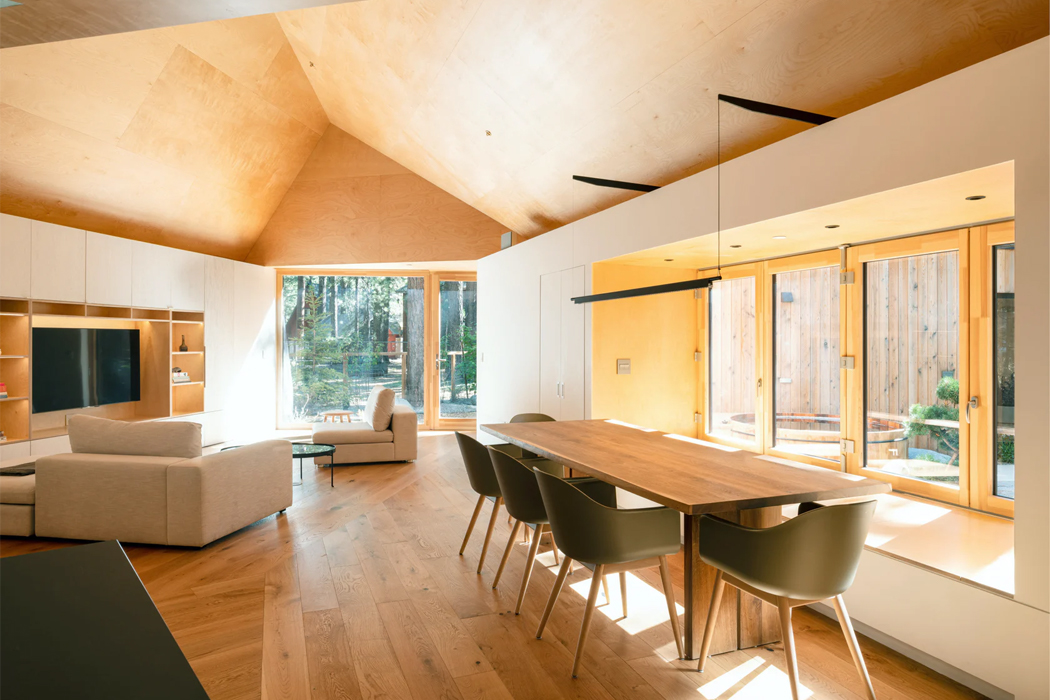 Natural light floods in through the many windows throughout Lightus Retreat. 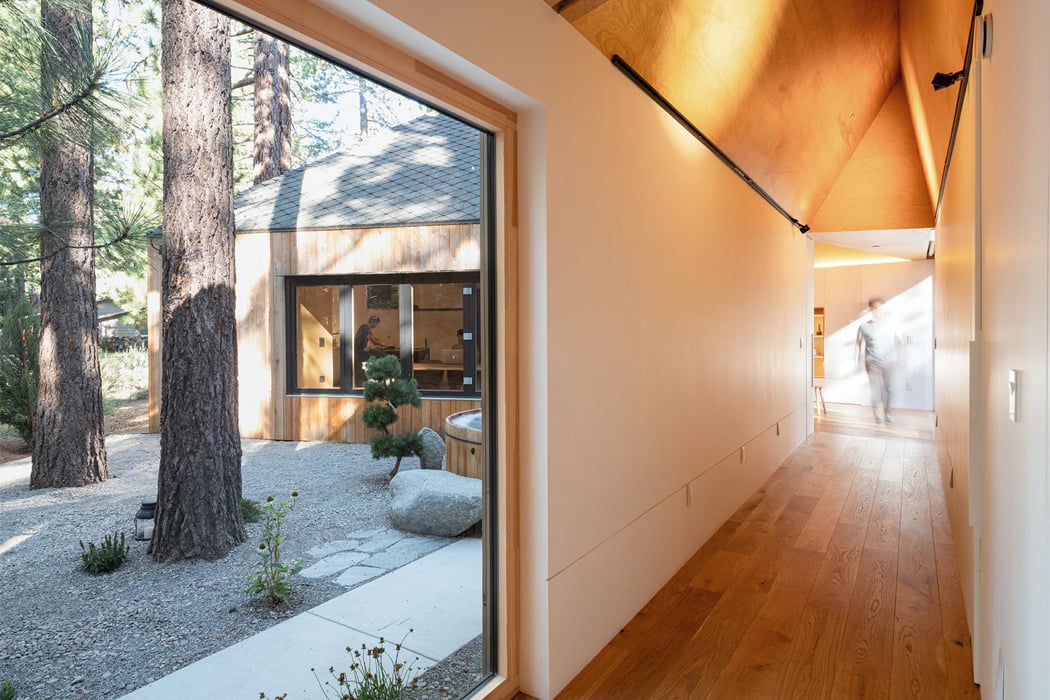 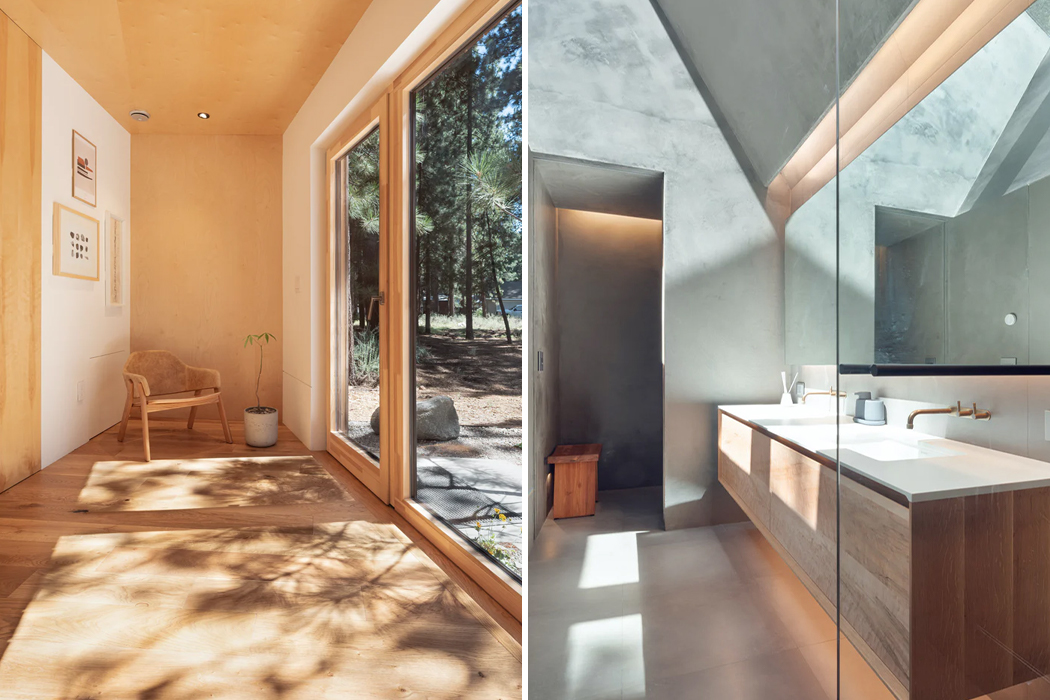 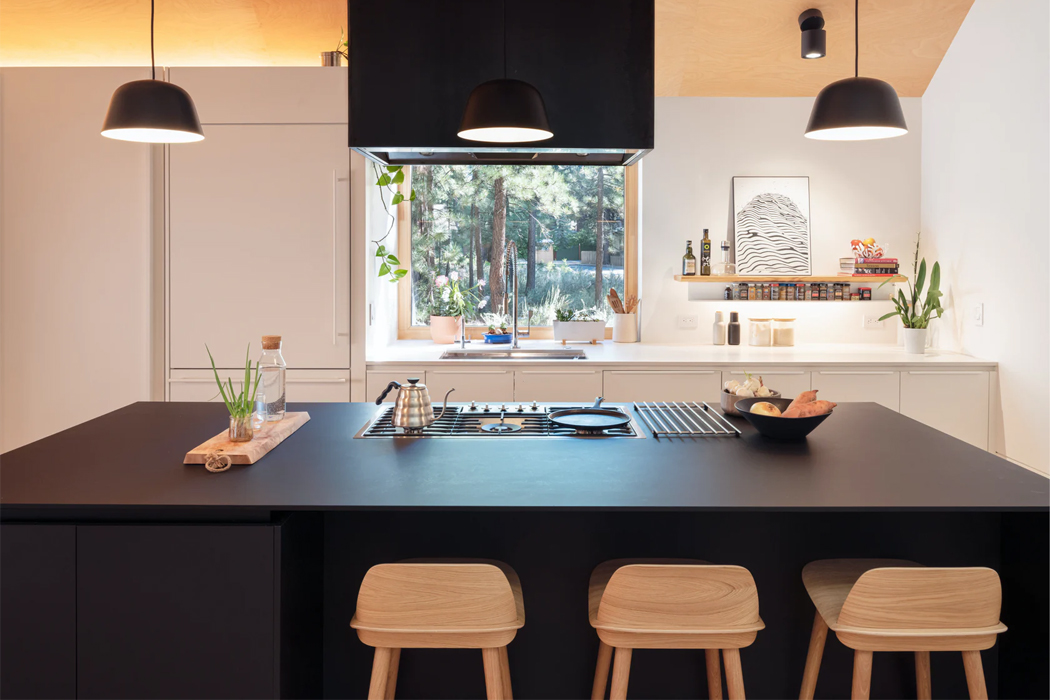 Bright interiors accentuate the natural sunlight that drenches the kitchen. 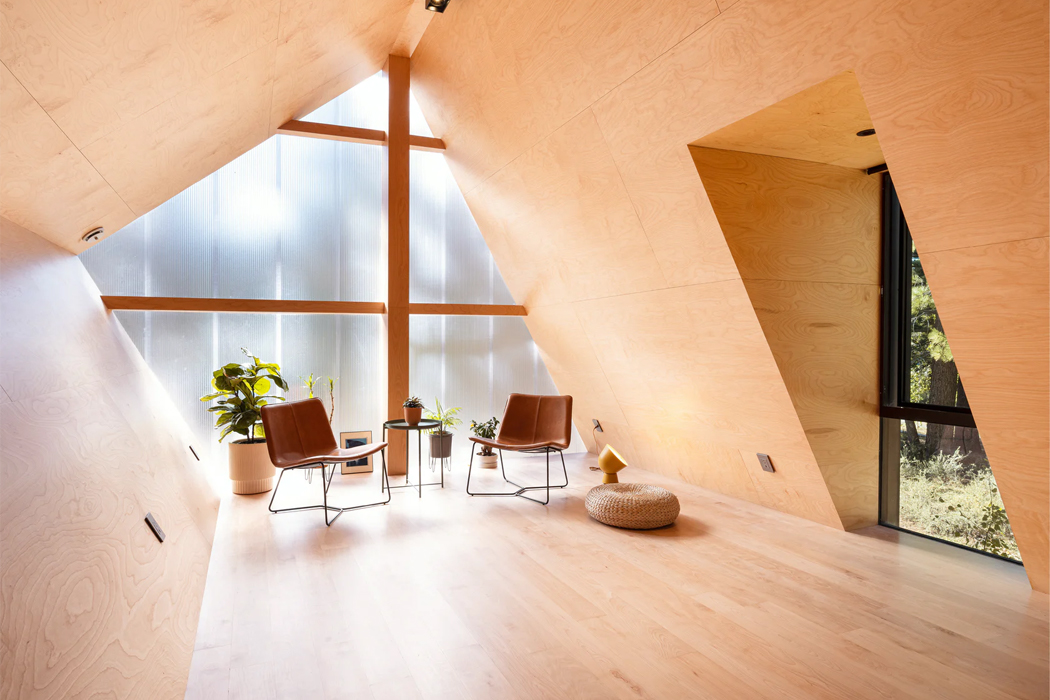 A cozy upstairs den uses a translucent window to brighten and cool down the space. 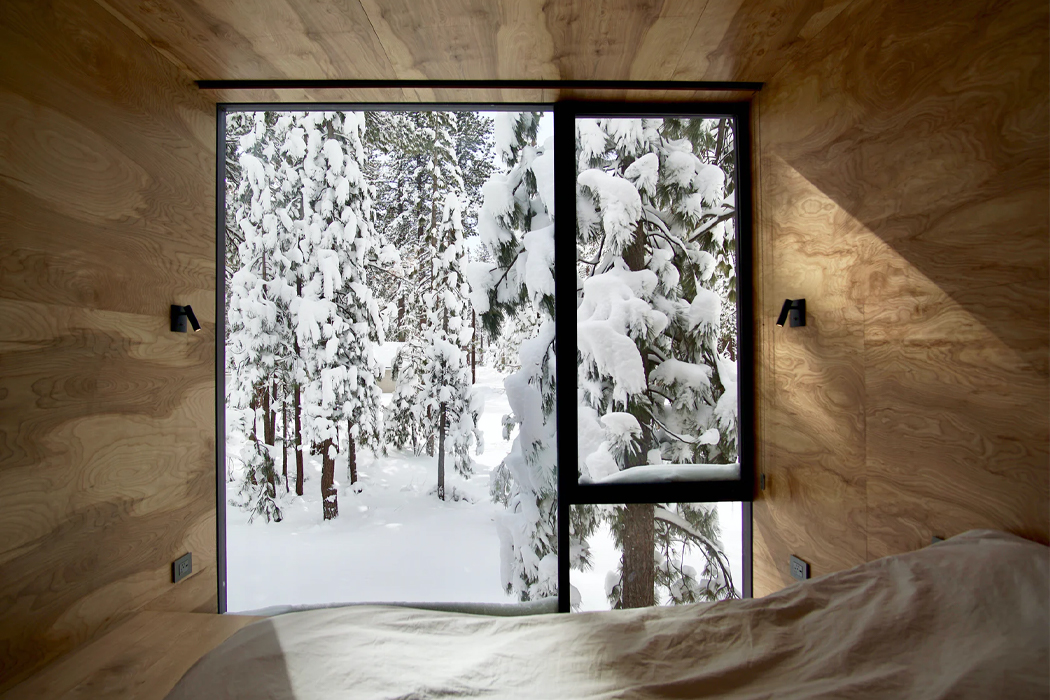 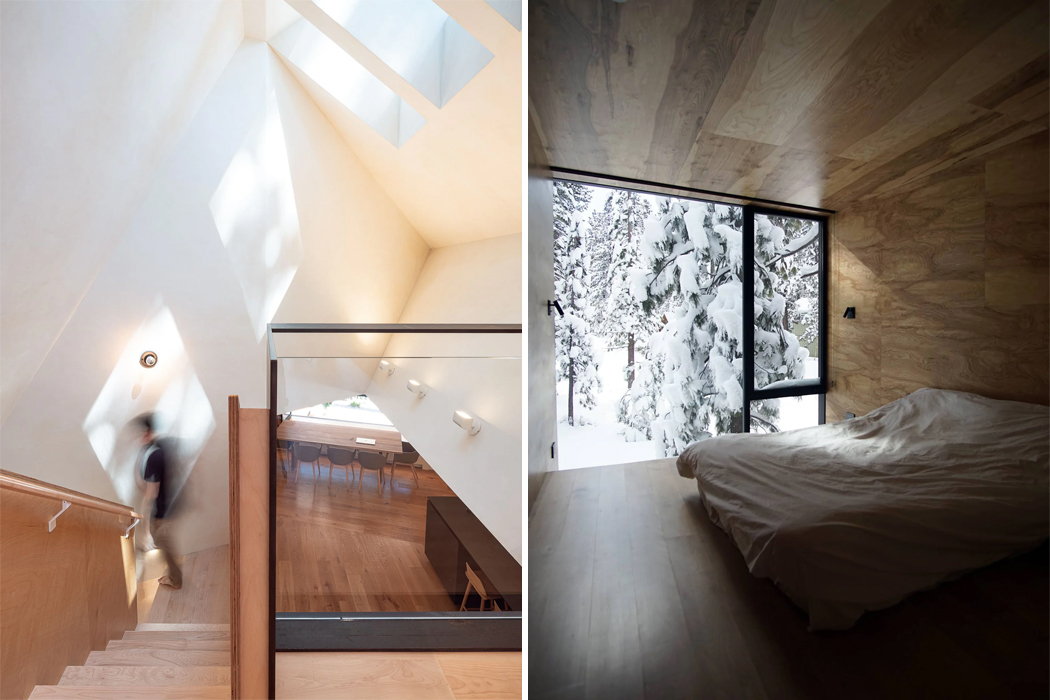 Geometric and angled ceilings steepen and compress the interior volume. 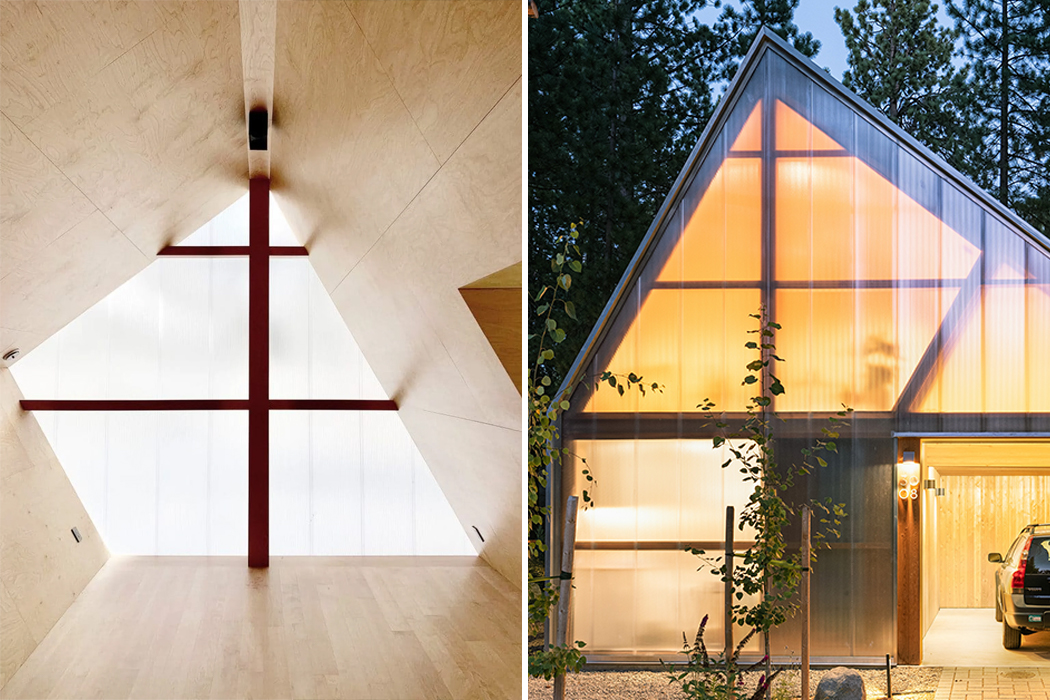 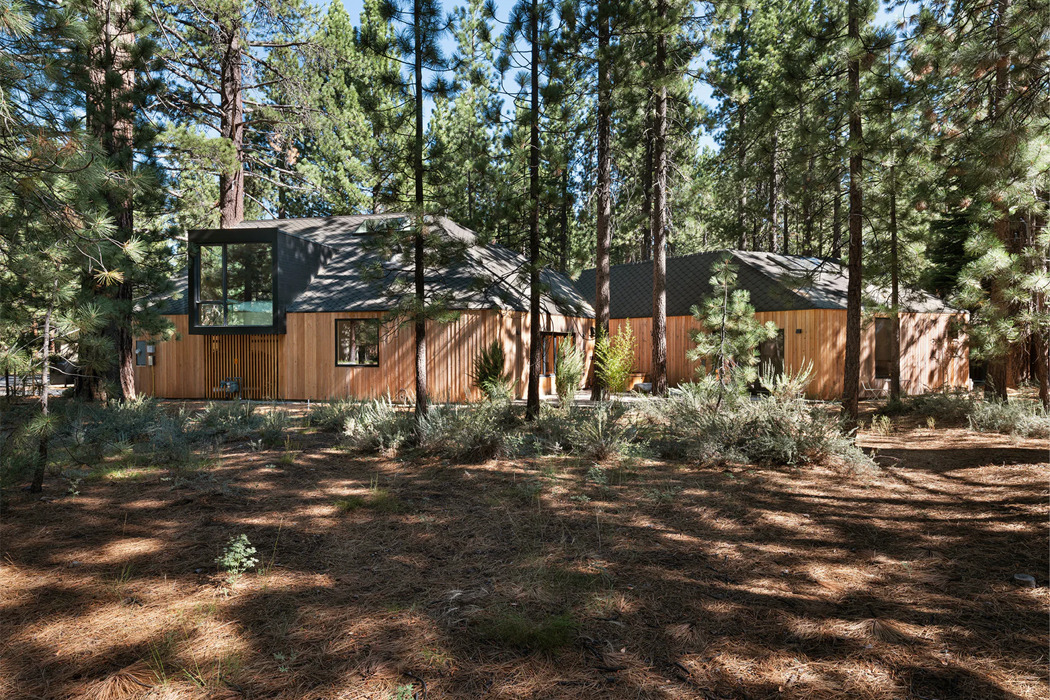 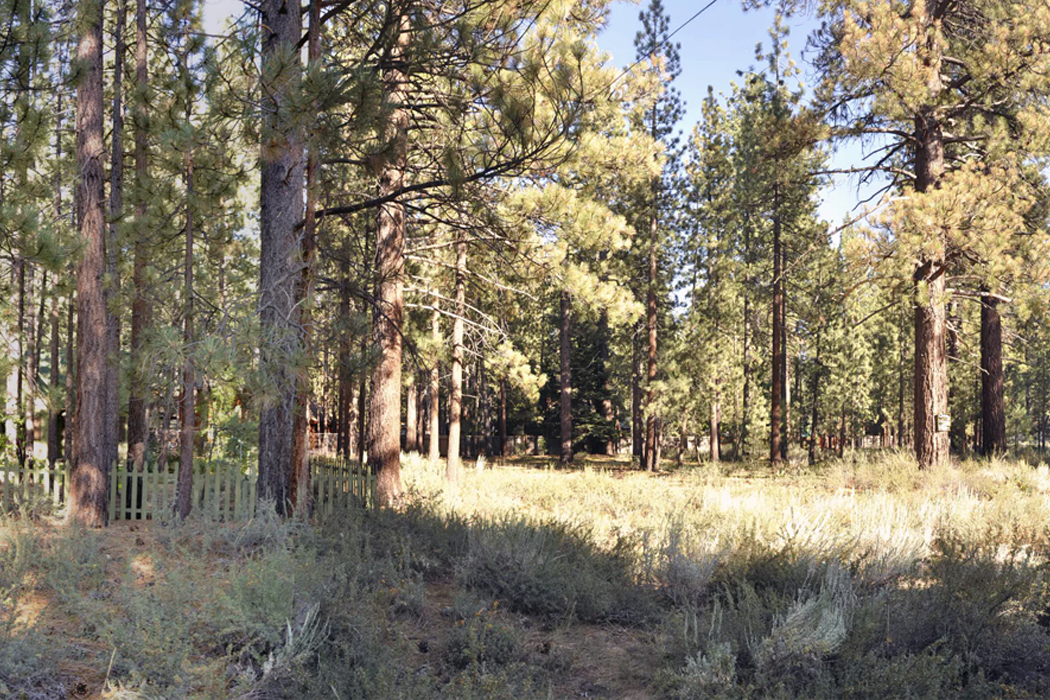 The forest prior to construction on Lightus Retreat. 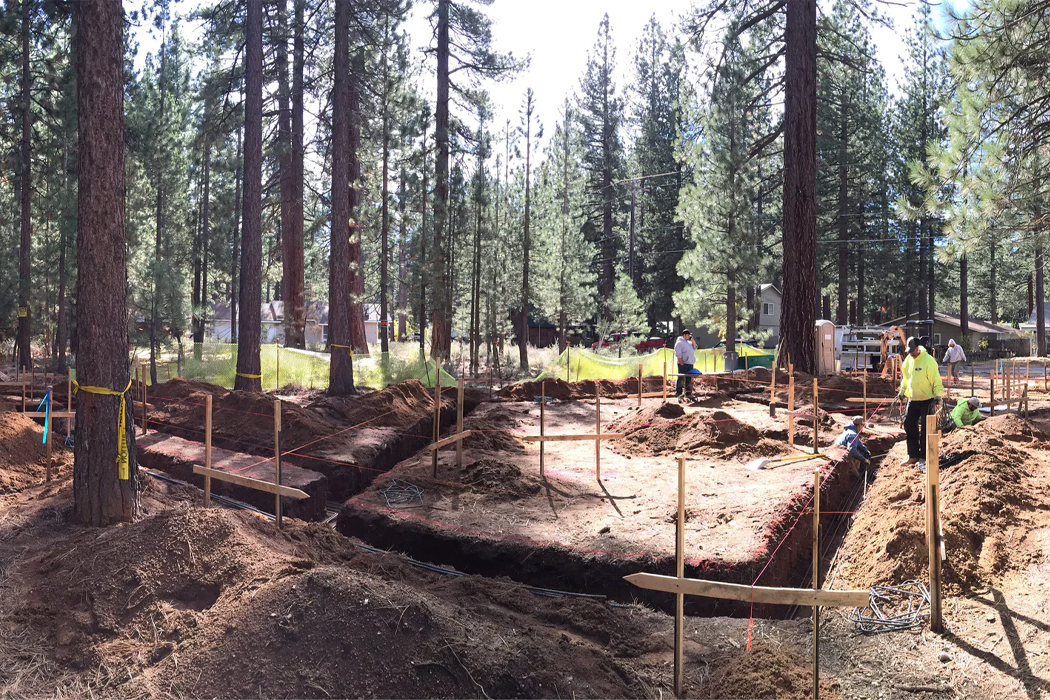 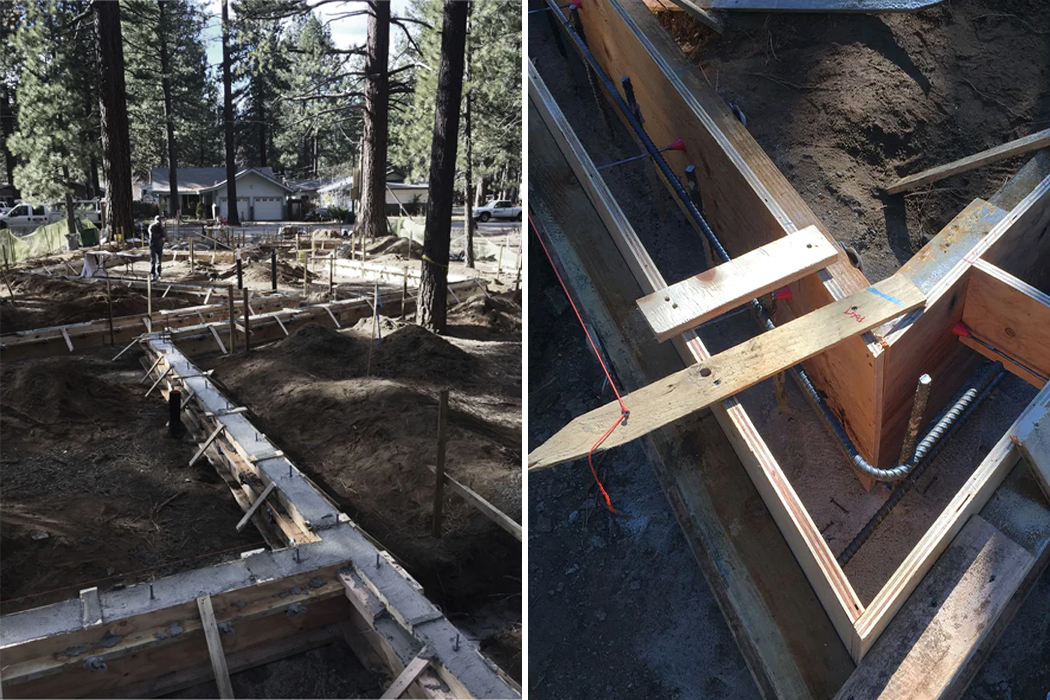 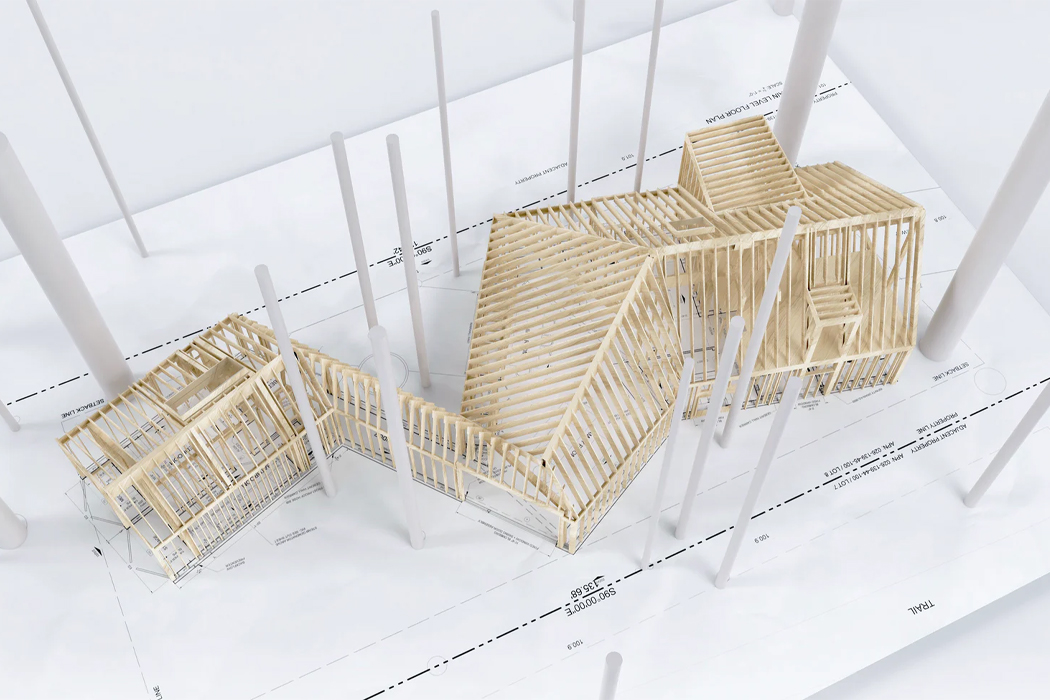 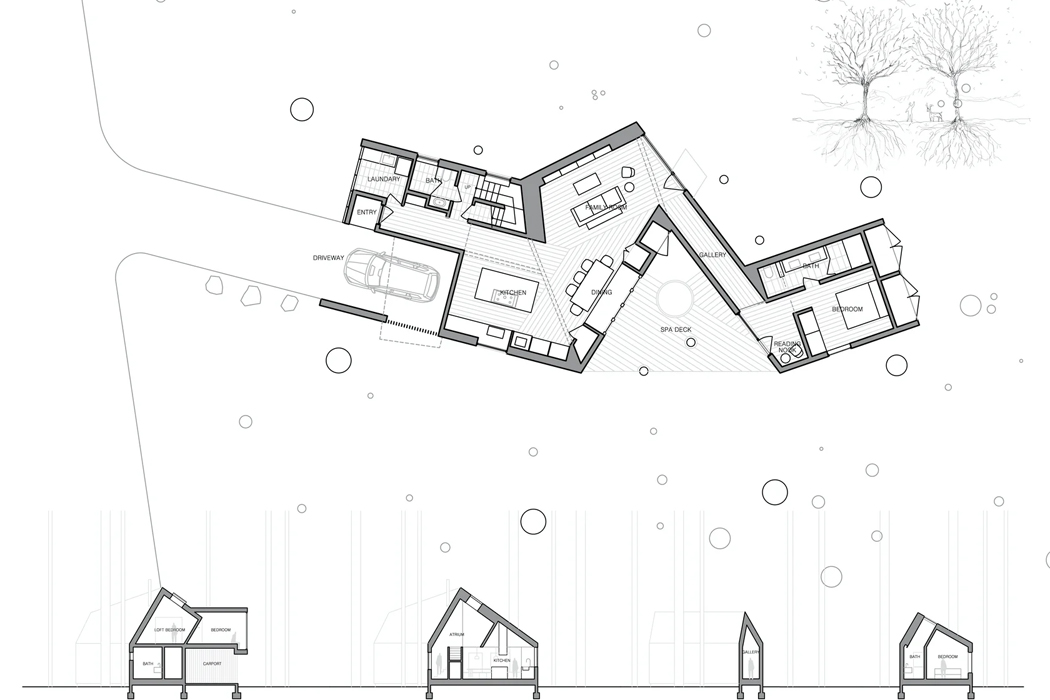 At Once Collection At Once!

The following is a short exploration of three separate bits of furniture from the fabulous design group known as “At-Once!” The objects we’re about to…

Twenty-seven Captivating Skyscrapers From The Future

Kids need to get higher

In the very profitable world of human adolescent development, most focus is put on more cerebral pursuits. Aside from braces or the occasional nose job,…