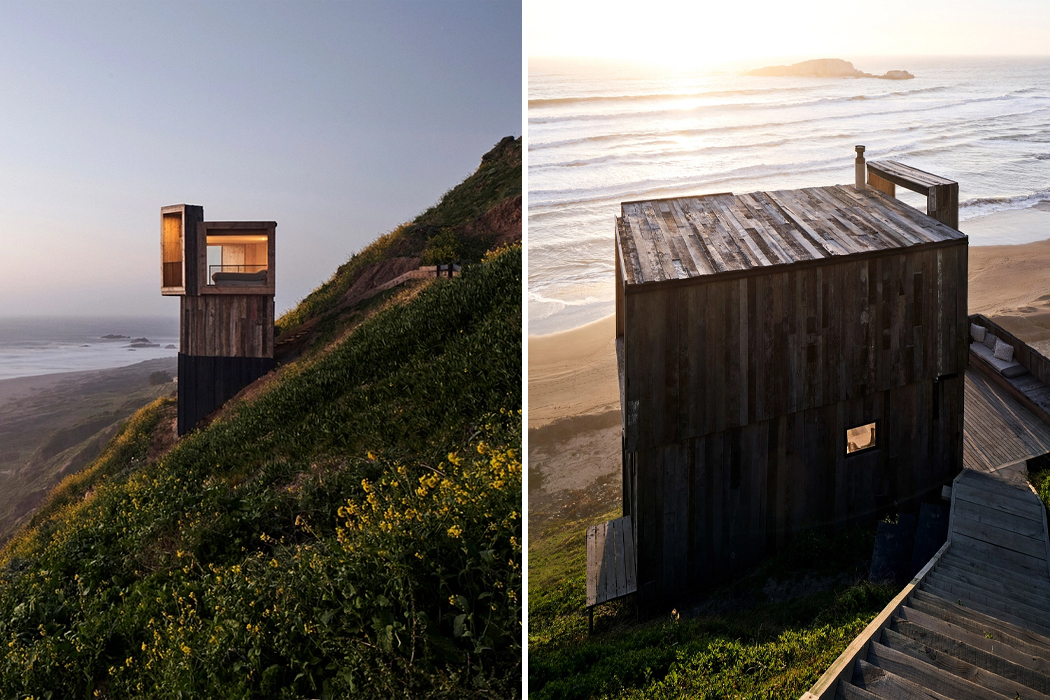 Now that we’ve had a year to devise our dream vacation home, the plans are popping up as floating houses in Amsterdam’s canals or tiny modular homes on wheels, and then there are the two-story cabins built into the rolling flower fields of the Lagunilla Hill in Matanzas, Navidad. Designed and built by Croxatto y Opazo Arquitectos, the holiday cabins are named La Loica and La Tagua and each comprises an individual footprint of less than 25 square meters.

Initially conceived of as holiday homes positioned on the coastline of Santiago, La Loica and La Tagua are two-story cabins placed 80 meters above sea level. Getting as close to the Pacific Ocean as possible, the two cabins remain stationed atop the “Lobera,” a large mass of rock that juts out to sea and stands as a home to sea lions and other native sea-dwelling species. Inspired by the windy conditions that Matanzas has become famous for, Croxatto y Opazo Arquitectos played into the wind when designing their holiday cabins.

The two cabins, named after bird species native to the area, puncture the ravine with wooden pillars that support the cabins’ main foundation. Before entering the cabin, a wooden deck connects the outdoor space with the cabin’s interior, doubly working as a buffer against the strong winds that send gusts down the current and ravine. Each cabin’s exterior was provided with added protection against the local weather’s strongholds with a timber-clad exterior derived from reclaimed oak sleepers that were treated with petroleum oils to shield it against marine corrosion.

Inside each cabin, the ground floor welcomes guests into the cabin’s kitchen and dining area, featuring a barstool countertop and freestanding fireplace. Moving past the ground floor, which is entirely constructed from chamber-dried pine wood, and up the cabin’s ladder to its master bedroom, La Loica and La Tagua lean on a loft-style interior to give the space some height. The pinewood ladder hoists guests into the simple, master bedroom where its sweeping glass windows point towards the wooded hills to the south and the rocky “Lobera” on the cabin’s northside. 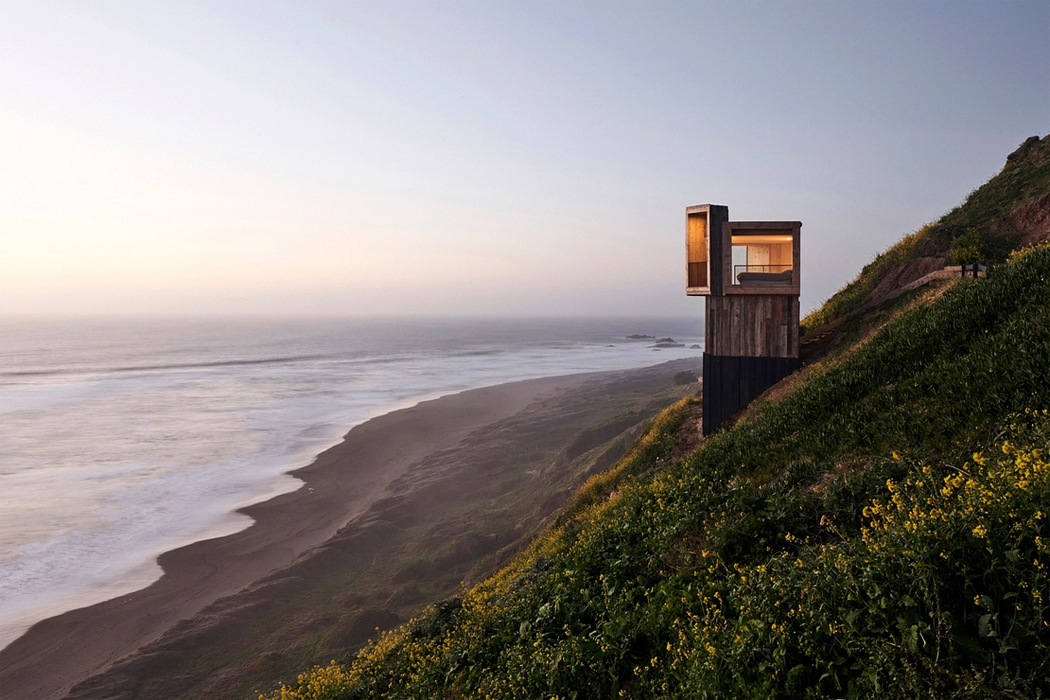 Built entirely from camber-dried pinewood, the two-story cabins are braced against the gusty winds of Matanzas. 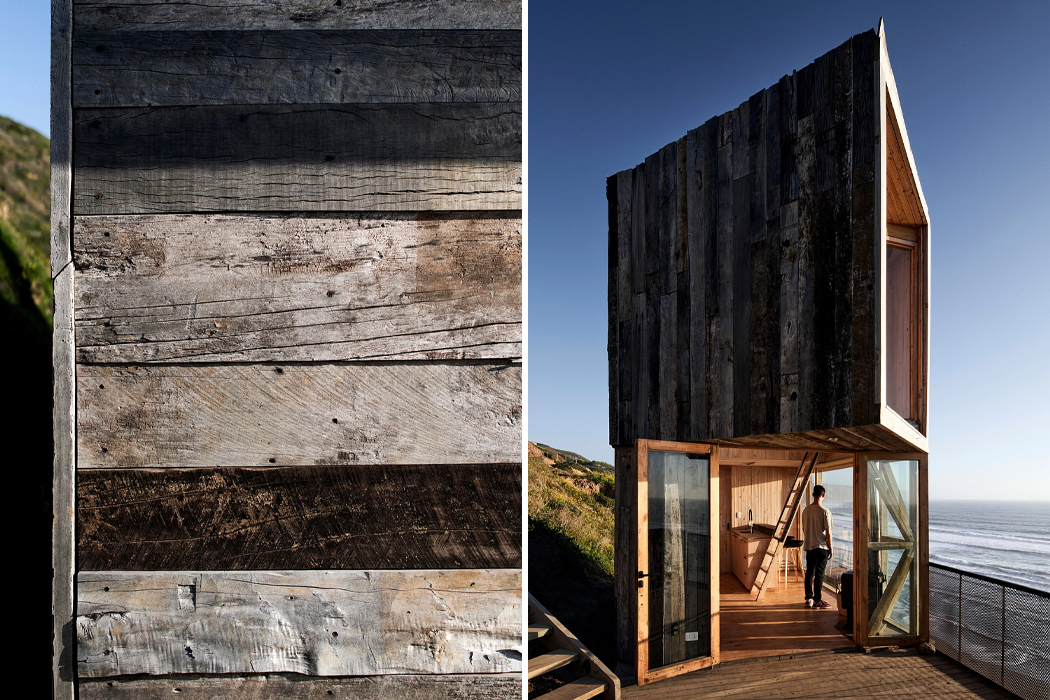 An exterior wooden deck and terrace add double protection against the winds. 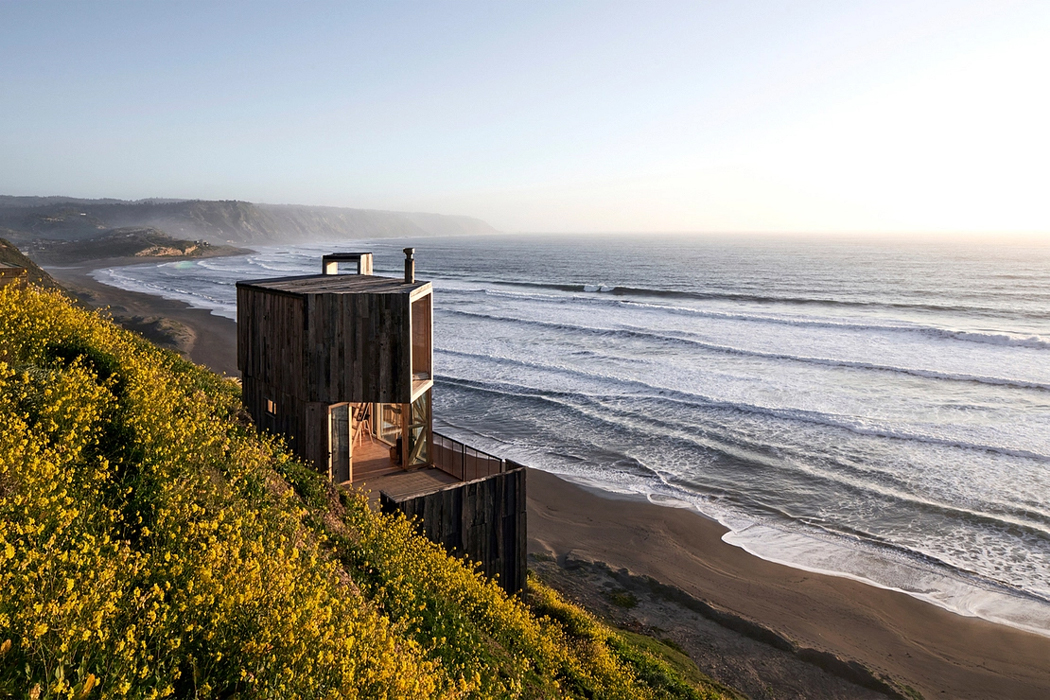 The cabin’s south-facing windows bring guests the sights of the area’s wooden foothills, while a north-facing view caters to the “Lobera,” or large mass of rock that juts out to sea. 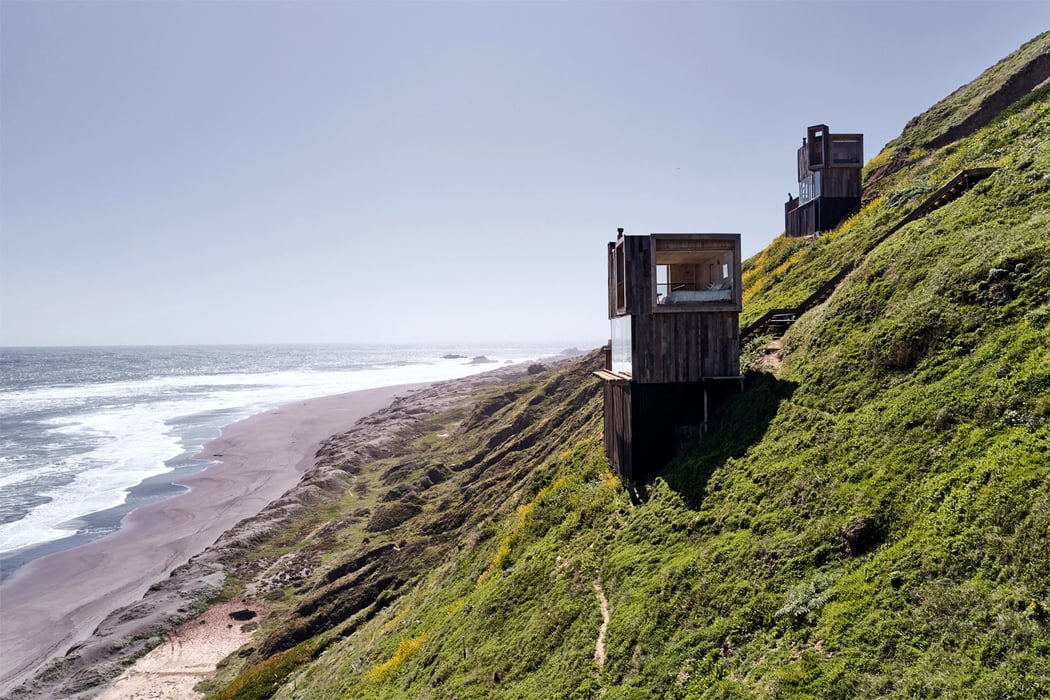 The two cabins are accessible between one another via a foot bridge and staircase. 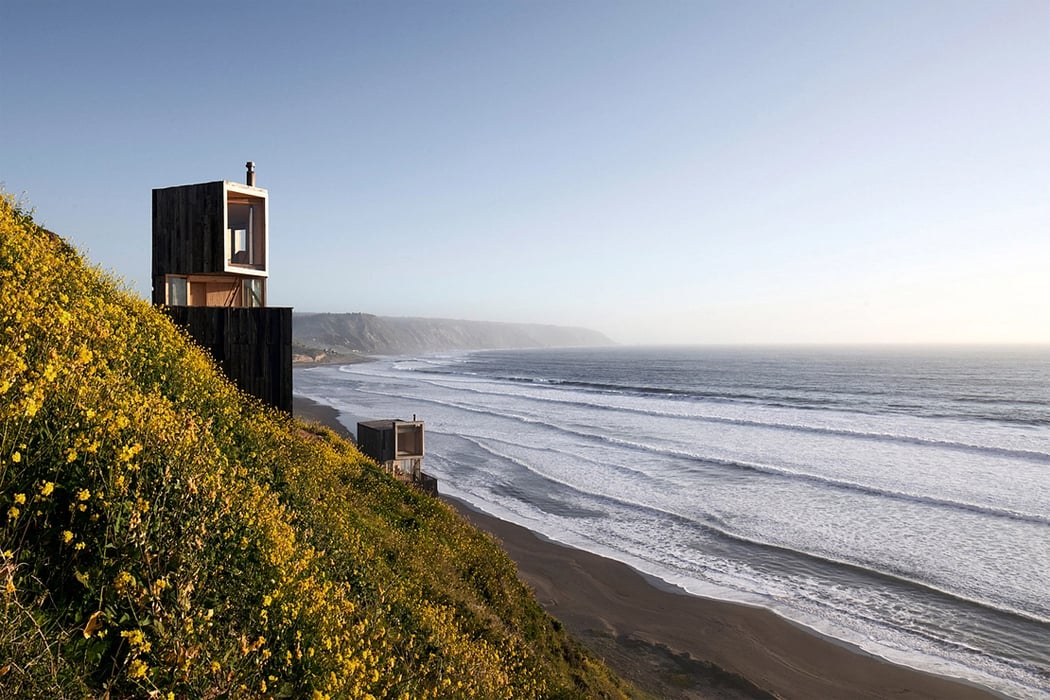 The two cabins were built as close as they could get to the Pacific Ocean. 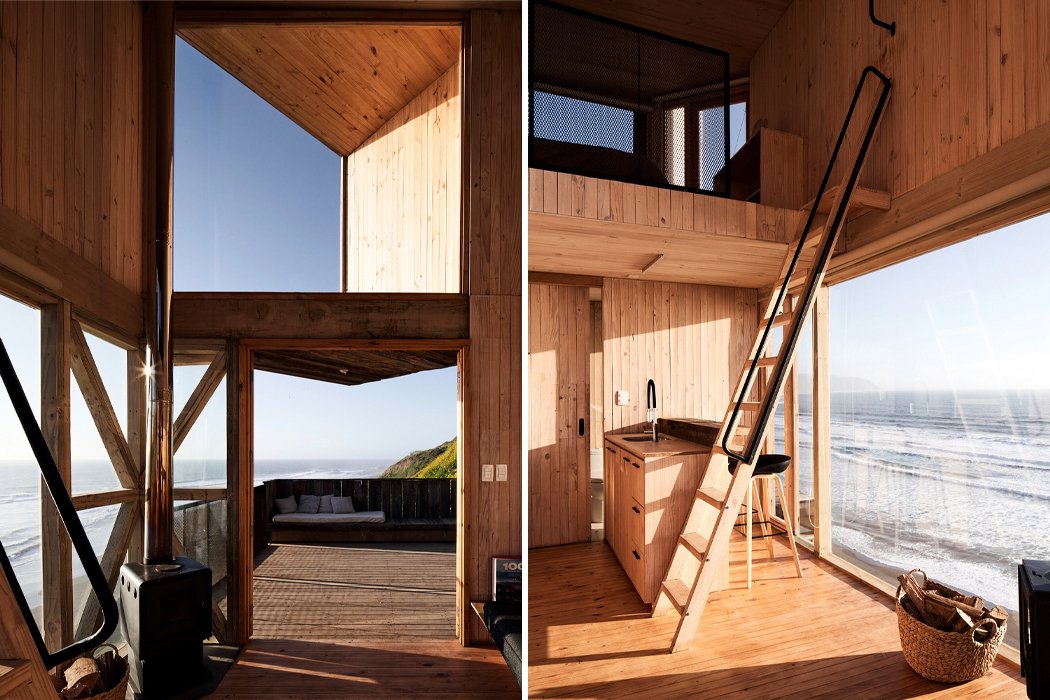 inside, pinewood panels line the cabins’ interior walls and a ladder brings guests from the living areas to the bedroom. 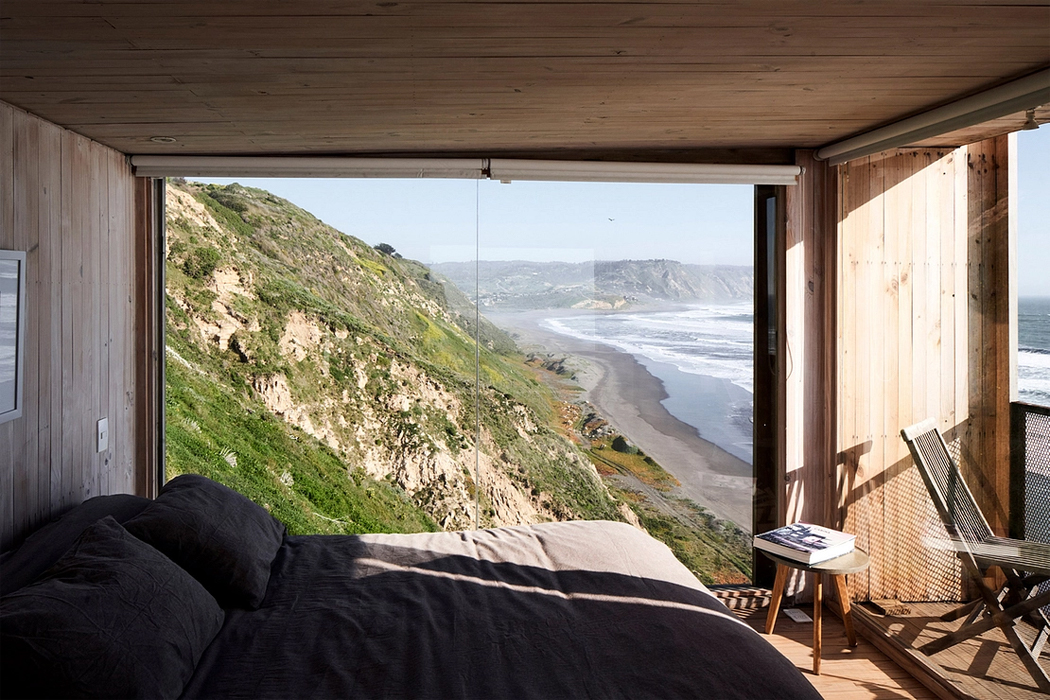 The simple master bedroom comes with an outdoor terrace that opens up to the Pacific. 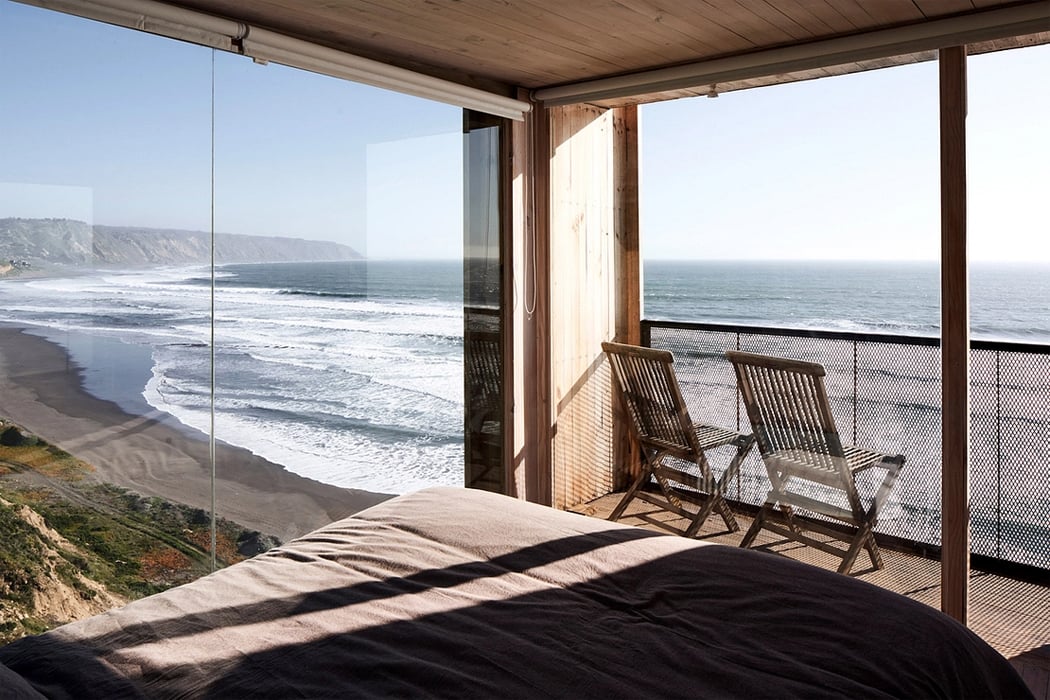 Not a lot of fashion pieces manage to catch our eyes here at Yanko Design. There are of course the few exceptions like the Geek…

When you cut away all the frills, it is hard to imagine how any watch could fail to resemble Rosendahl’s Watch III, designed by Flemming…

Be Green While You Lean

As you have probably noticed, sustainable designs are very important to me, and finding a functional green design gets me excited. The Barnacle Chair by…

Remember the Pipe screensaver on your old Windows 98 machine 20 odd years ago?? This series of pipe-line products by Minus tio will hit you…