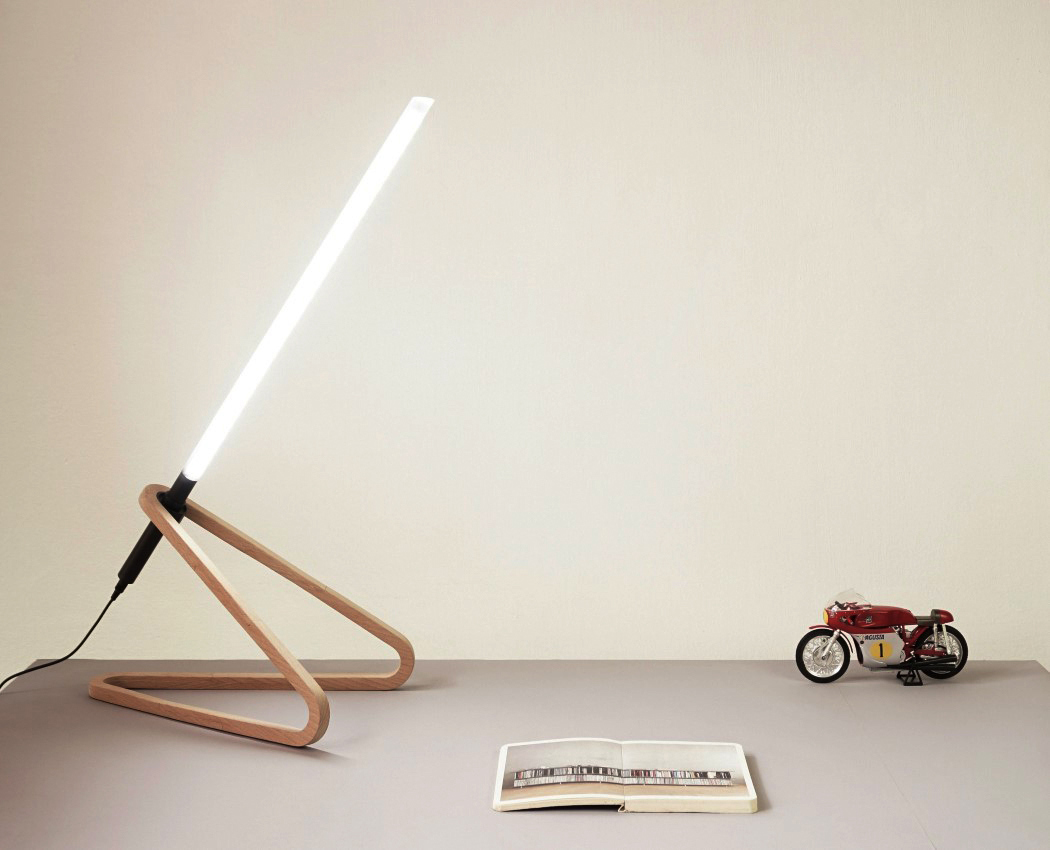 Every year, the 4th of May is celebrated as Star Wars Day! It’s a day widely celebrated by nerds, sci-fi fans, and movie buffs in honor of the iconic series. On this exciting day, you can nerd out, and show off your love for Star Wars, without any judgment. And we’re here to help you! We’ve curated a collection of super cool Star Wars-inspired product designs for this very special day. These concepts capture the true essence of the phenomenon that is Star Wars. May the Fourth be with you! Enjoy. 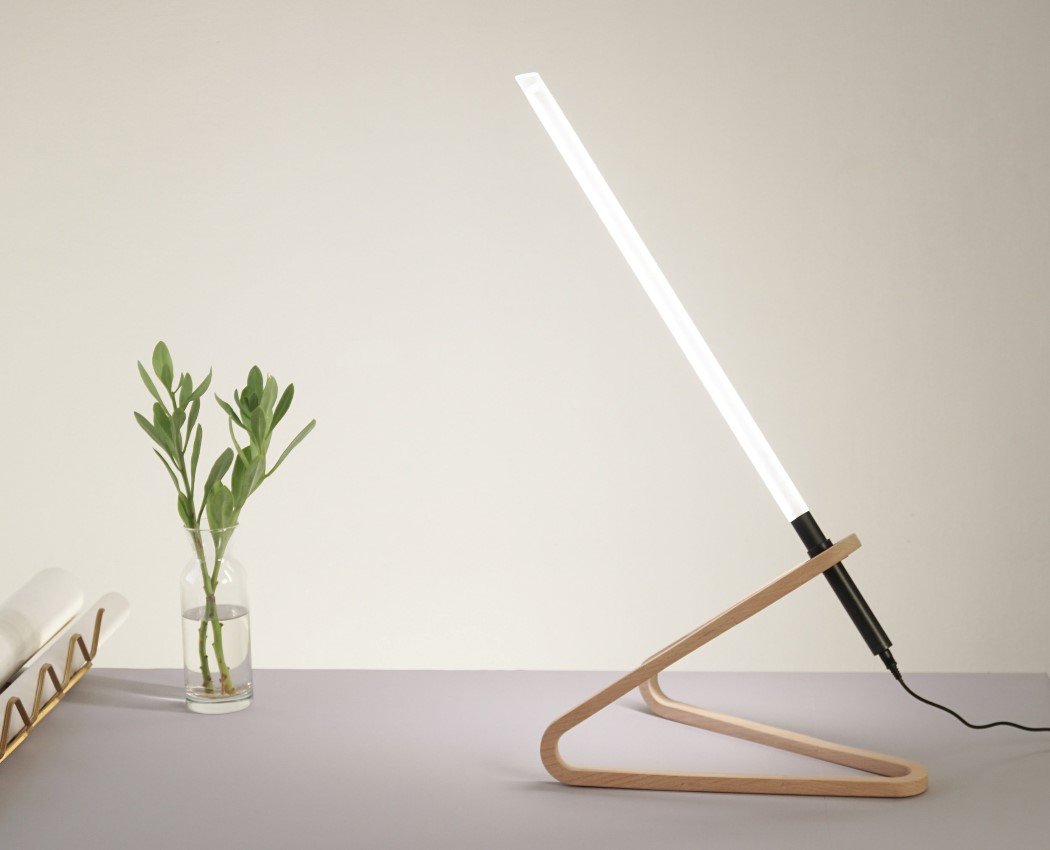 The Alhazen lamp is a play on the Lightsaber and uses acrylic optics to disperse light, much like most lightsaber toys and prototypes do. Designed by Saif Faisal who wanted a lamp that was both cool and practical at the same time, the Alhazen takes the lightsaber and changes a few key details to make it look like a prop from Star Wars, but also have a character of its own. The lamp is made from a wooden base that holds the lighting element, and the lighting element itself, comprising a handle, a hollow acrylic tube with an LED strip, and an acrylic plug that sits on the top. Switch the LEDs on and the frosted acrylic diffuses them, while its edge-lighting properties allow it to glow from top to bottom as a lightsaber does. 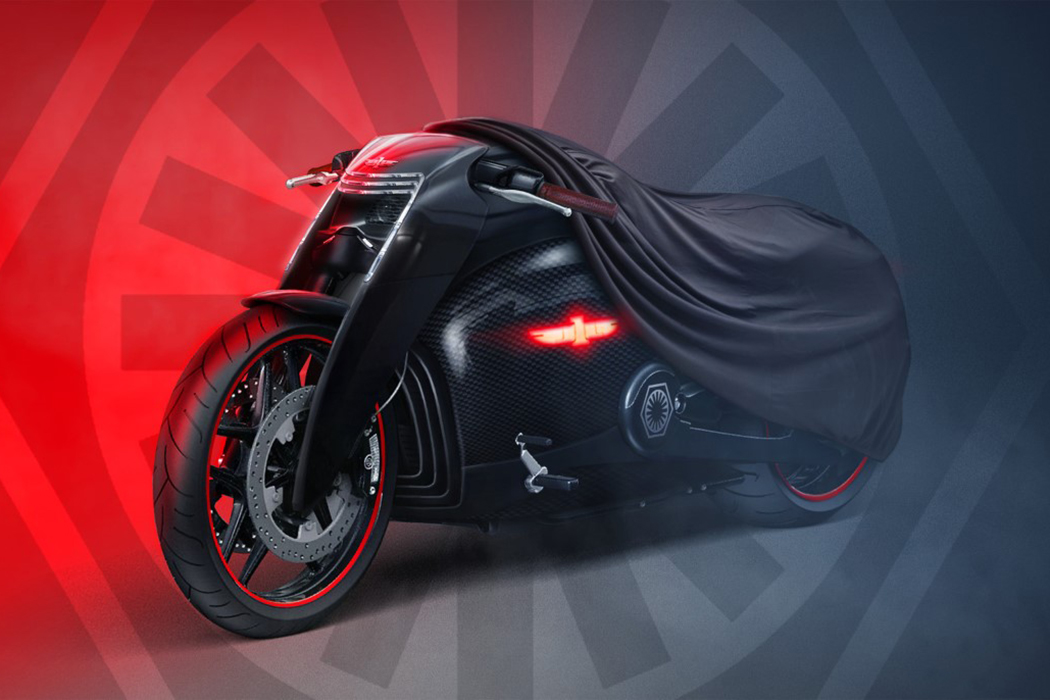 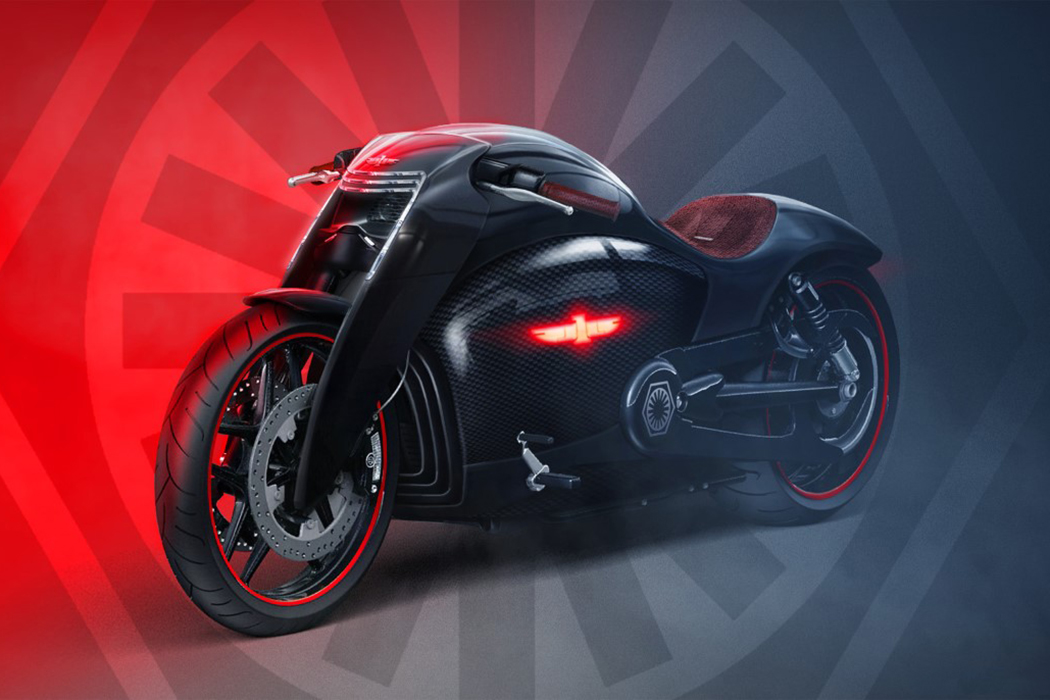 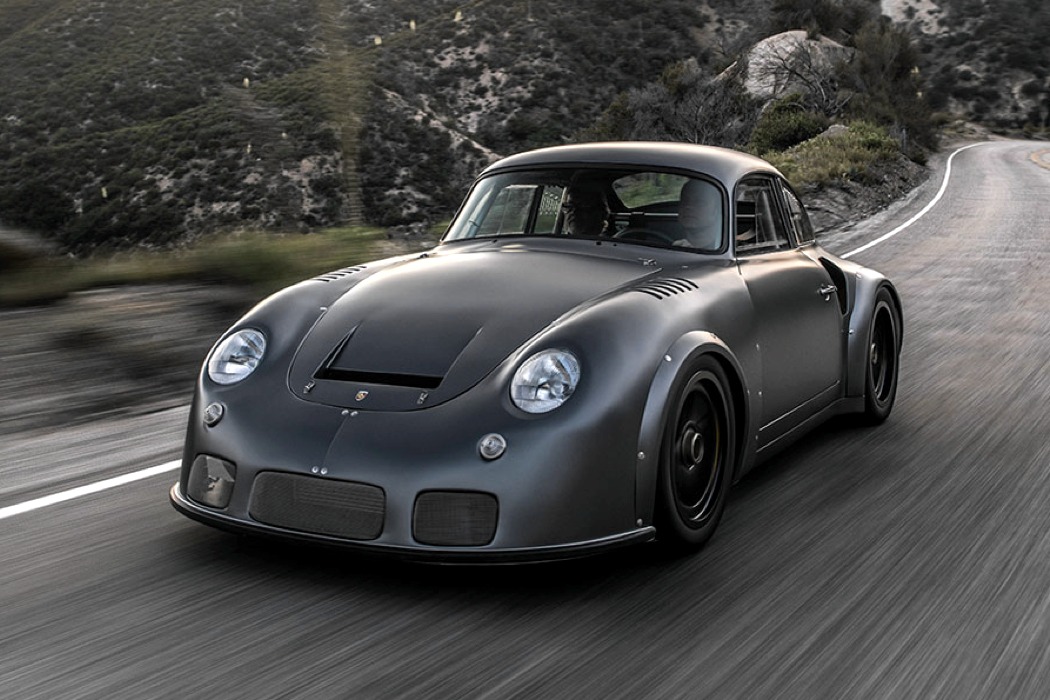 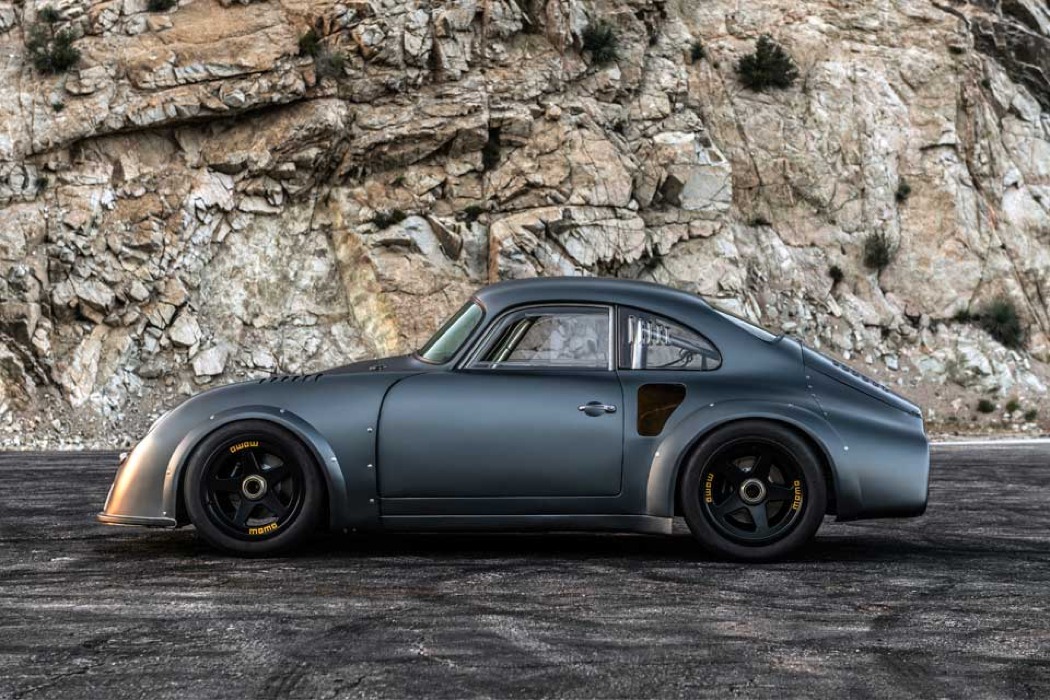 Although one wouldn’t imagine Lord Commander Vader to drive around the Death Star in one of these vehicles (keen Star Wars fans would even point out that none of the vehicles in Star Wars even have tires, to begin with), this Custom 60′ Porsche 356 RSR seems to perfectly capture Darth Vader’s inner spirit, with its matte-black bodywork and Vader-esque trims on the front as well as the back. The Vadermobile (sounds like an apt name, no?) was the result of a 4-year project of reimagining a Porsche 1960 356B T5 coupe, by adding a hand-formed removable aluminum tail and nose details that take heavy inspiration from the Dark Lord’s black suit, along with a one-piece aluminum hood with an oil cooler air outlet, and stainless mesh grills for the cooling ducts, giving the car it’s signature dark-side appeal. The car’s paint job is bespoke too, a matte finish that Emory calls Meteorite Matte Metallic. 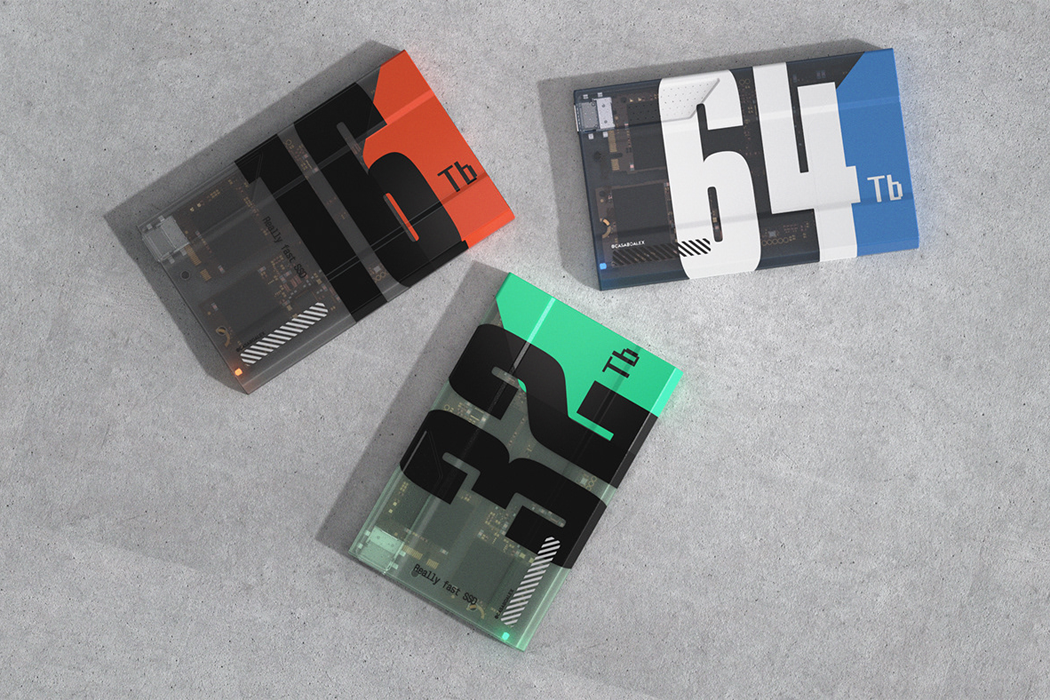 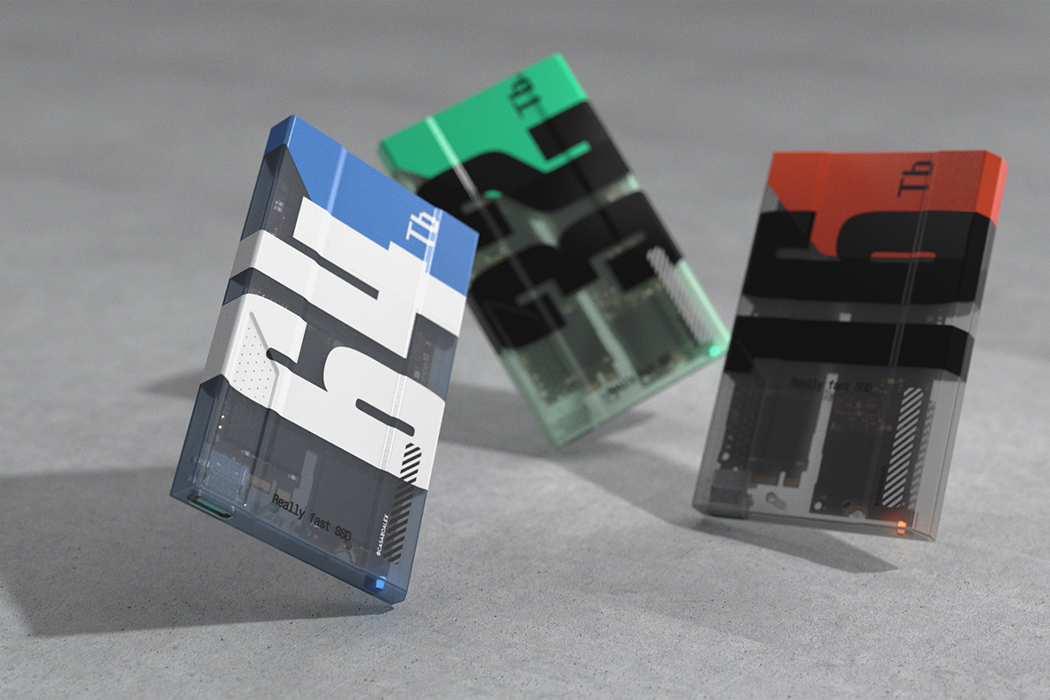 Sourcing his inspiration from sci-fi movies like Star Wars, Alex Casabò conceptualized in 3D, his own interpretation of what he calls, a “really fast sci-fi SSD,” bringing a traditional SSD and taking it to new heights, perhaps even new galaxies, with a distinct, rugged exterior and lightning-fast drive. Casabò’s SSD concept looks lived-in like it’s headed straight for Crait. SSDs, which rely on flash memory to keep things moving and storage processed, are known for their low read-access time and fast throughputs. Conversely, other storage devices like hard disks store a computer’s memory on mechanical hard drives and generally move a lot slower. Opting for a more futuristic, cyberpunk aesthetic for his digital SSD conceptualization makes sense since faster speeds indicate technological advancements and go hand in hand with a future world that might look eerily familiar to sci-fi films we grew up watching. 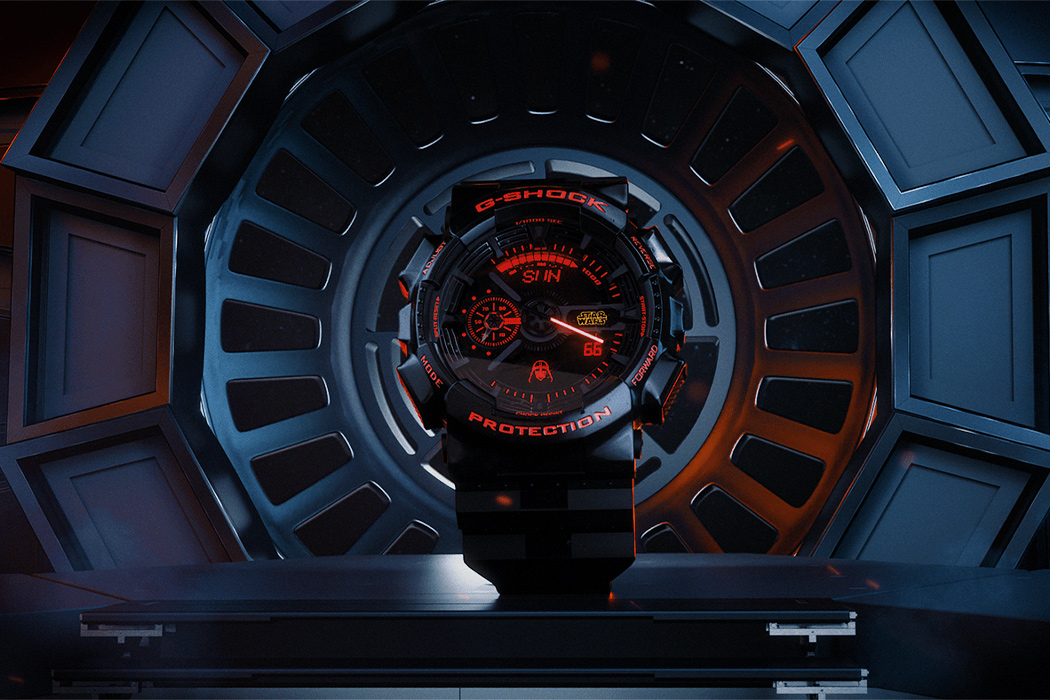 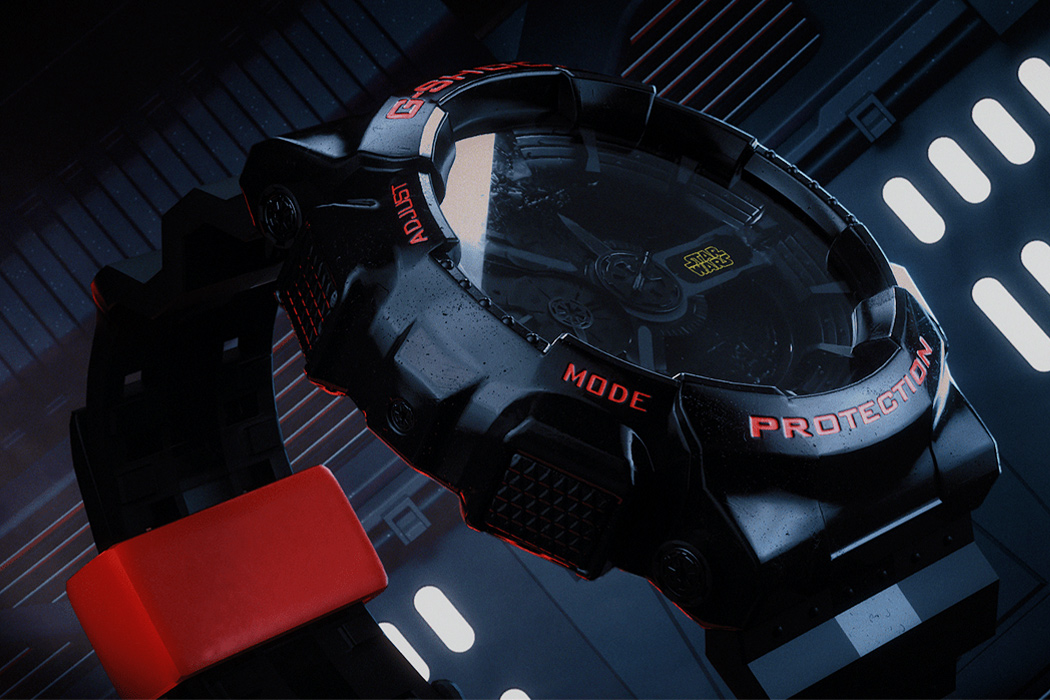 Brazilian designer Vinicius Gasparete has given all of us fans the collectible watch of our dreams, or maybe this is what lightsabers look like in 2020? Let’s be real, no one can keep a track of time in quarantine so a watch is truly mightier than a saber right now. Gasparete designed this incredible G-Shock as a part of a challenge in the course he was taking at the Vida de Motion School. The concept is well-aligned with the global brand known for its sporty, masculine aesthetic built on its ethos of ‘absolute toughness’. But it pays equal homage to the details and elements of the Star Wars universe. This G-Shock balances both sides with a mastery that makes you believe that it is powered by the force (and maybe it is?). 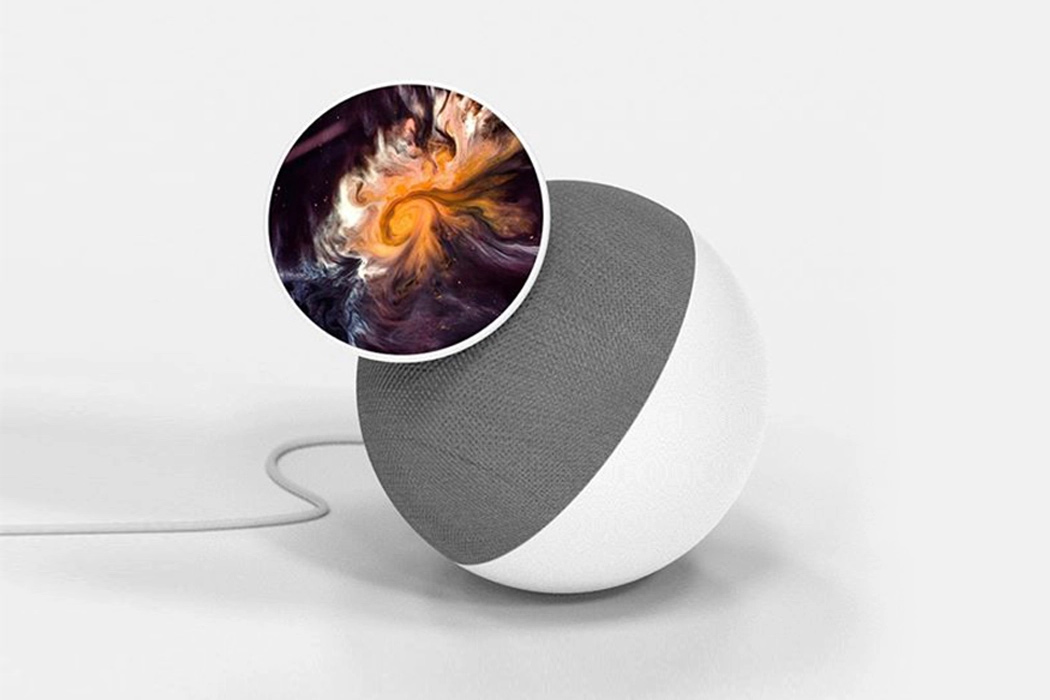 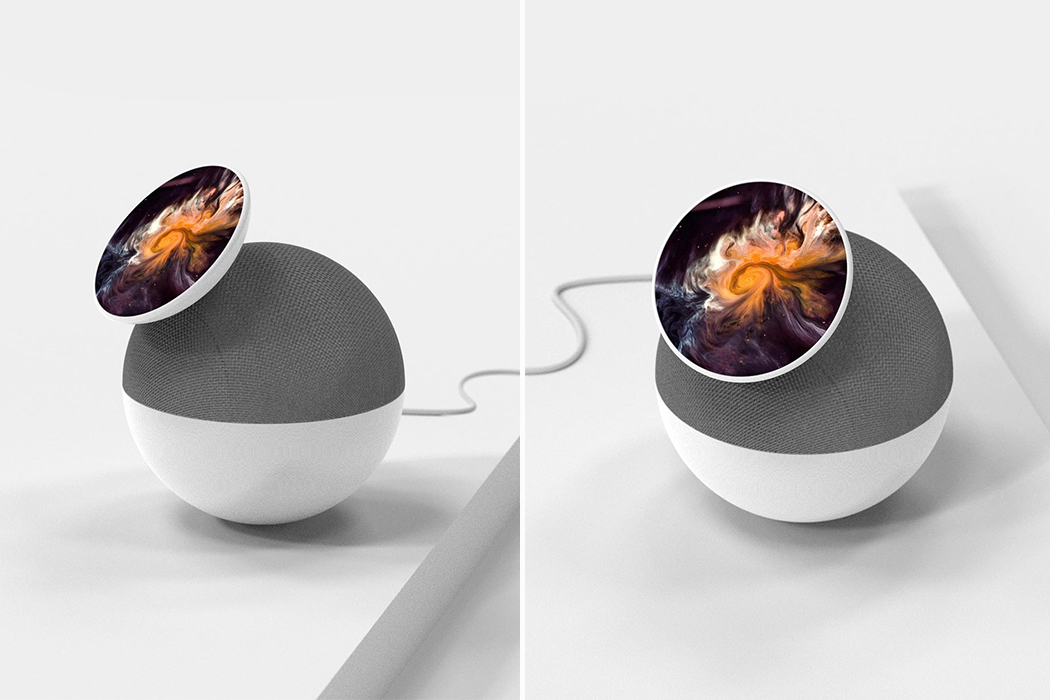 Nadeem Hussain, a United Kingdom-based designer, recently rendered a smart assistant robot that was inspired by BB-8 from Star Wars for Render Weekly’s Instagram showcase. Sometimes the most eye-catching designs find their inspiration from well-known film and television characters. If the designer channels their inspiration well, then the final product won’t be a spitting image of that character, but a gentle reminder of how art forms are inherently interconnected. When design feels inspired by something as iconic as Star Wars, the tricky part doesn’t have to do with imitating the franchise’s original creativity, but with evoking a feeling of familiarity. Hussain’s render of a new smart assistant is as charming and functional as Star Wars’ BB-8 robot but resembles a futuristic robot that might reside elsewhere in the intergalactic universe. 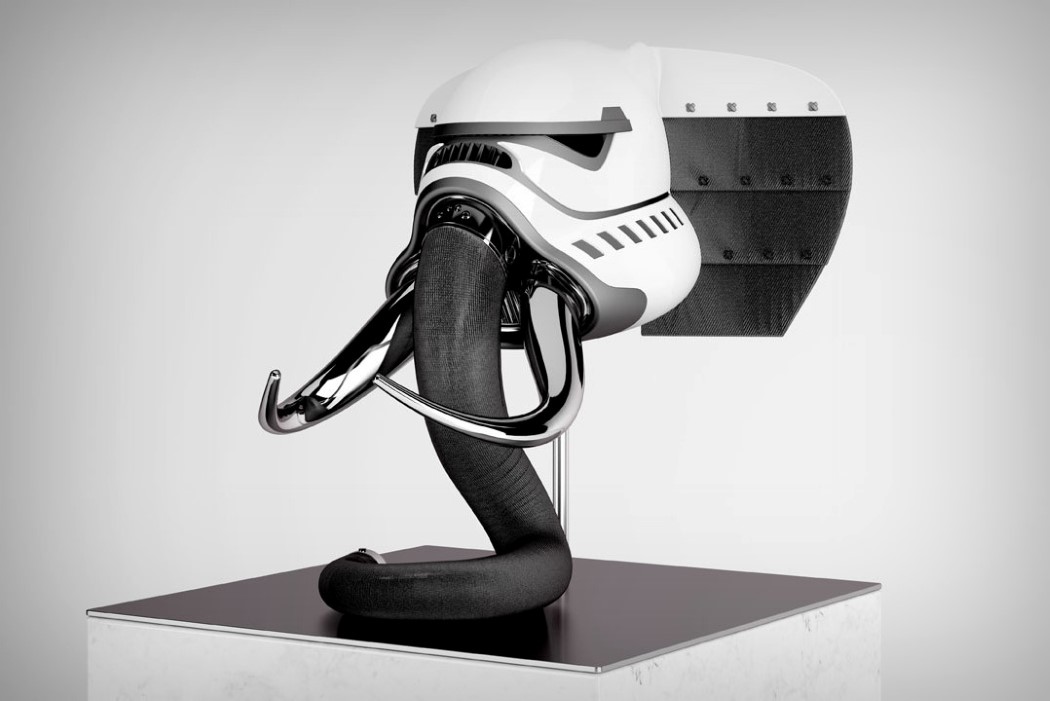 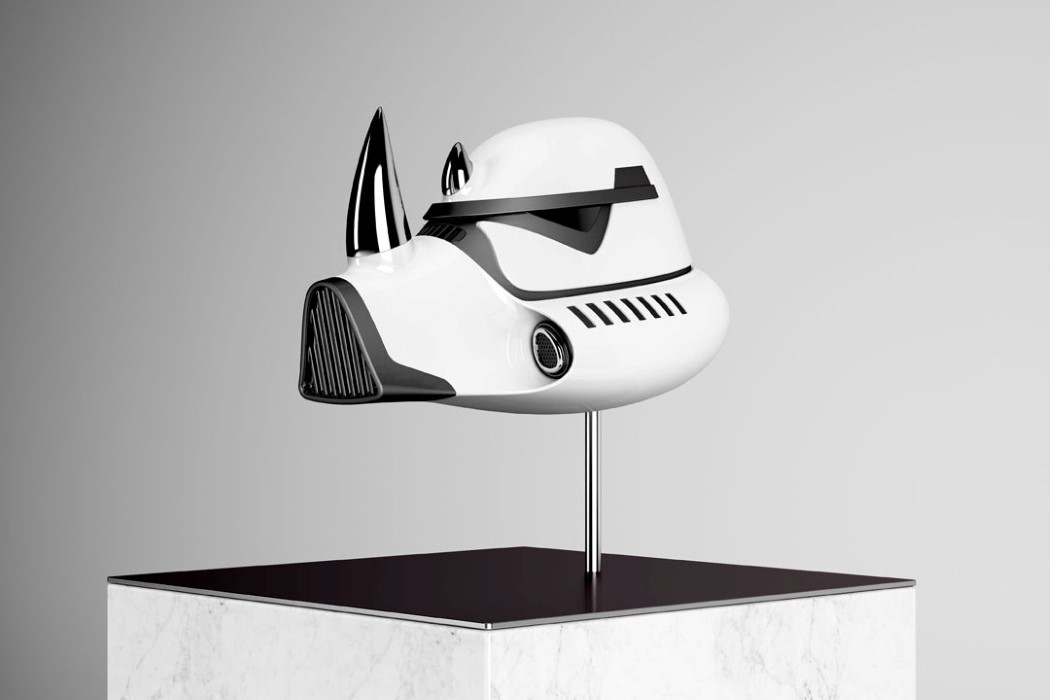 The world is going Star Wars crazy this year, and they have every reason to be. With the franchise getting better and better, it’s no surprise that we keep getting an excitingly diverse range of Star Wars-inspired goodies – this one in the form of Animal Stormtrooper Helmets by William Kang. Gorgeously fabricated, the helmets are given a rigorous process from sketches to CAD to quick renders, to sketches to CAD to quick renders, and again until the design is ready to be physically constructed. Each helmet can take a couple of months to make but so delicately and intricately detailed it’s hard to believe these helmets are not renders. The materials and finishing choices here make these helmets a work of art, something worthy of a museum piece. 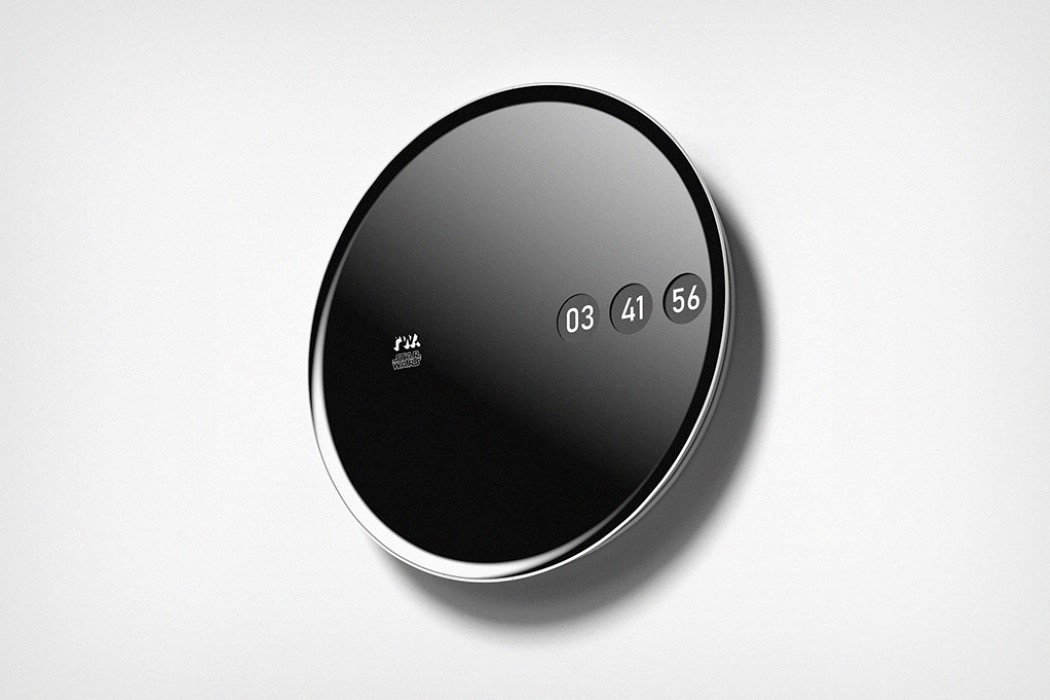 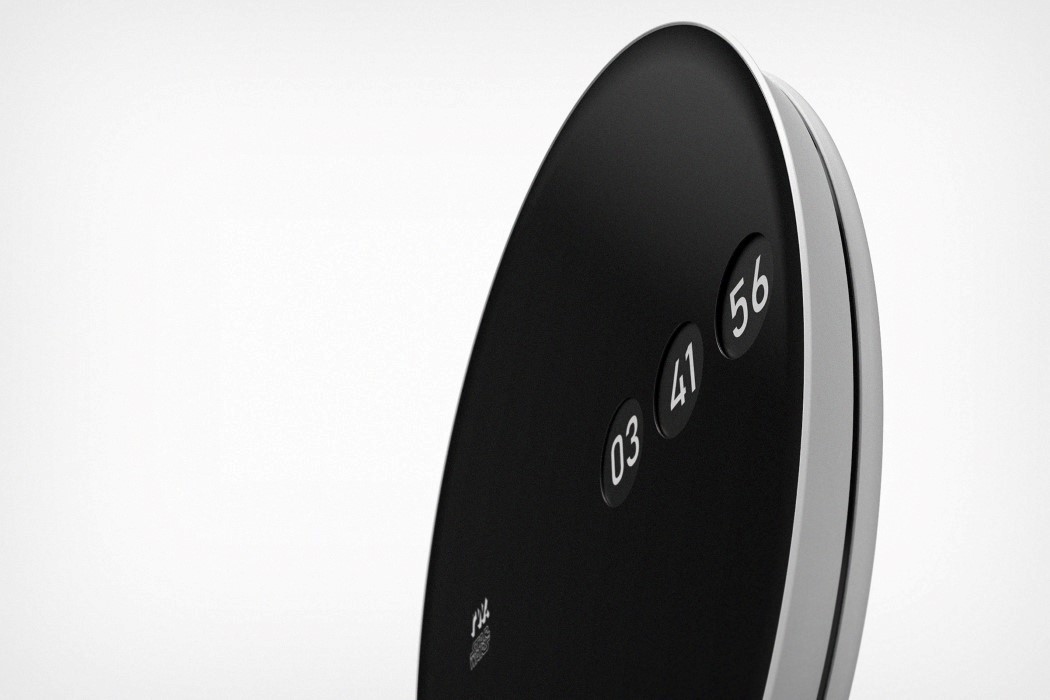 With the title of the Stormtrooper Clock, Guillaume Saussey’s timepiece design is simple both in color and in form. With the classic black and white Stormtrooper aesthetic from Star Wars, the clock uses black-on-white contrast to create dynamism, while keeping the clock’s working foolishly simple… much like the troopers themselves. To complete the Stormtrooper aesthetic, the clock even has a logo on the back inspired by the Stormtrooper uniform! The way the clock works is rather simple too. Three circles at the 3 o’clock position denote the time by displaying the hour, minute, and second values accordingly. Numbered discs on the inside rotate as time progresses, while the circular holes on the clock’s face give you a clear indication of the time. 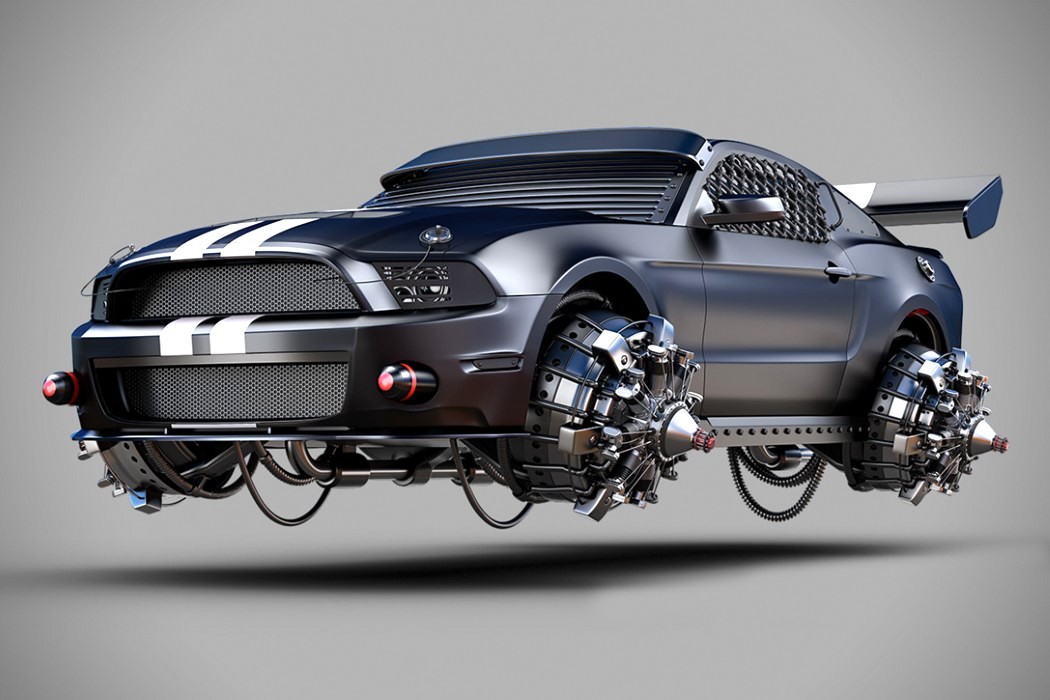 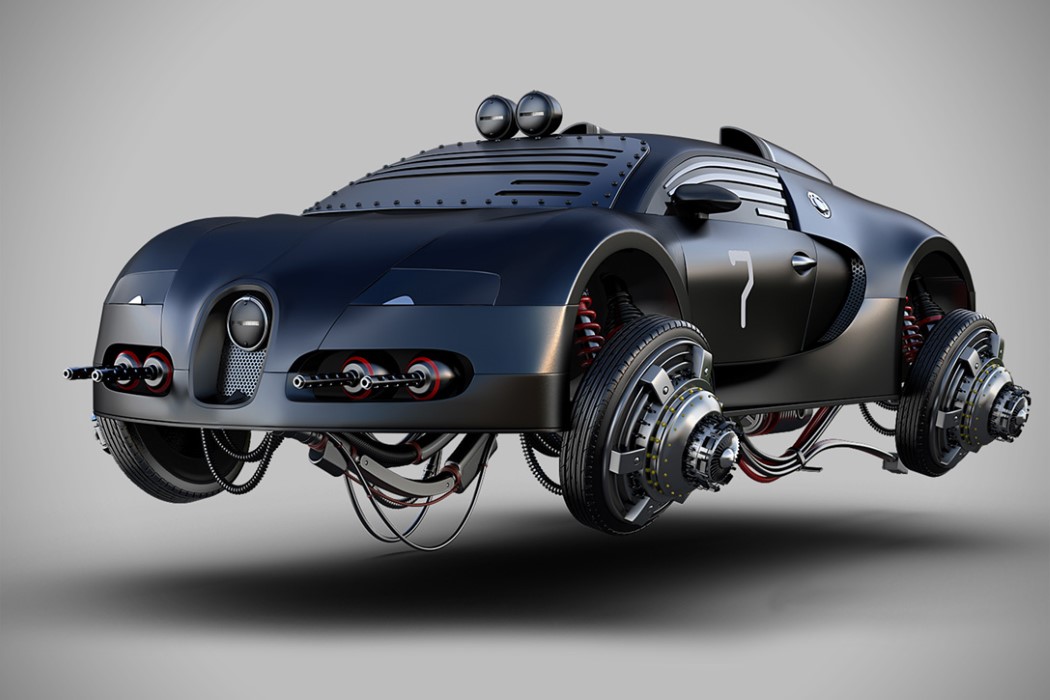 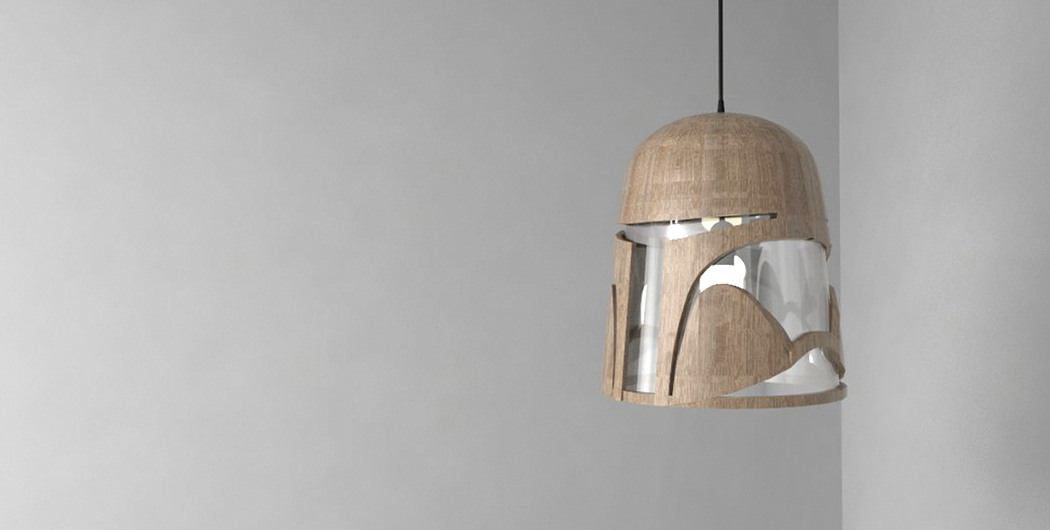 Here’s an iDesk for your iDevices! Designed specifically for Apple products, this table by designer Sebastian Lara features a cleft, angled indention that supports and…

Navi on your wrist!

NaviMi is a modern compass concept designed specifically for those of who have trouble getting our bearings. The design incorporates a digital compass that goes…

This detachable speaker and headset duo combine for an intense audio experience!

I love settling in with my headphones and my beloved music playlist. It’s the perfect end to a tediously hectic day. So I’m always on…