Across the globe, it seems a cold front has a lot of us in its grips and cooped up indoors. No longer are we riding bikes in the sun or enjoying the outdoors, instead, we’re suffering through the double whammy of a cold winter and this endless quarantine. But for some of us, the frozen lake left in the wake of a winter storm’s rage only coaxes us from hibernation, offering more territory for us to play. For The Q, a video-content creation channel known for its quirky science videos that solve engineering problems, a frozen lake provided the ideal conditions to test out their latest project, Icyclycle  – a road bike whose tires were replaced with giant, circular saw blades.

In order to get their bike, a Corso Number One Spirit, primed for the ice, The Q entirely disassembled the bike’s 26-inch wheel systems. The tires were deflated, the spokes were removed, and the cog was soldered. The road bike’s rear cassette was first broken down into its individual components in order to then be welded and fitted for the incoming circular saw blades. Placing the round saw blades between the bike’s rear chainstays, the bike’s original chains accommodated the new saw-tires with help from a welded disc wheel. As shown in the video, once the new circular saw blades were put in place and ready to hit the ice, The Q’s initial test run didn’t go as planned.

The bike moved too deep along the y-axis, digging deeper into the ice instead of moving forward. Noticing this mechanical issue, The Q returned to the metal shop for some acute fixes that required welding small horizontal metal fixtures to the ends of each tooth around the circular saw-blade-tires. The smart fix eventually led to the success of Icyclycle since it allowed the saw-blade to simultaneously pick up and collect the ice it moved on, allowing for less force to be applied to the ground as the bike moved forward.

Quarantine is turning a lot of us into self-proclaimed DIY-buffs and this winter isn’t helping, but The Q is in a league of its own. I’d go so far as to say that when it comes to surviving this winter, The Q came, saw, and conquered. 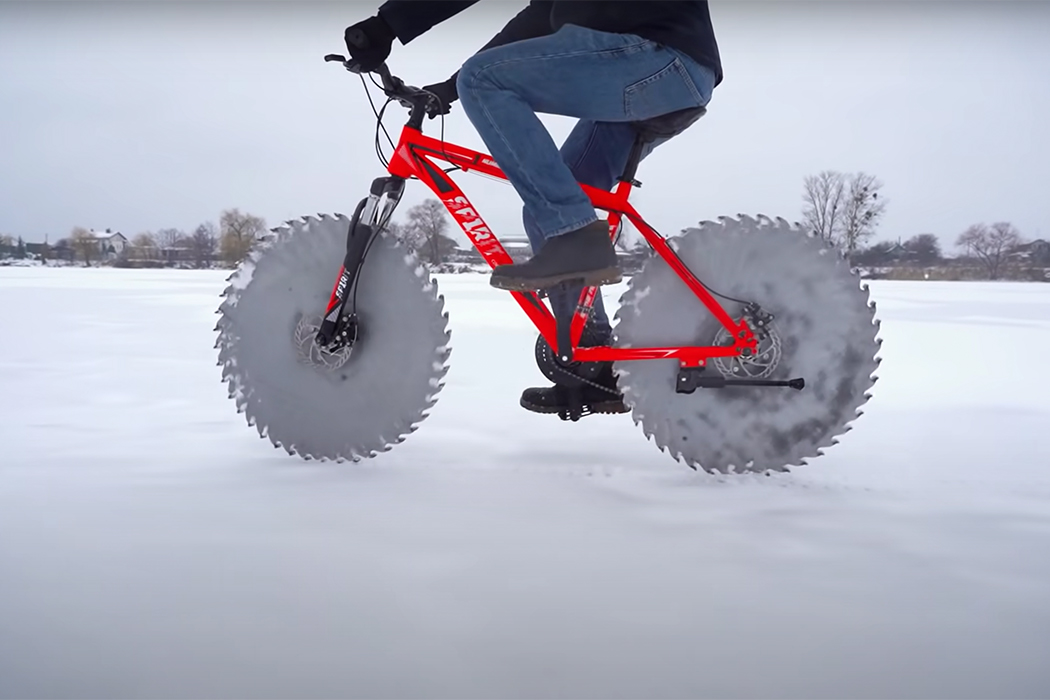 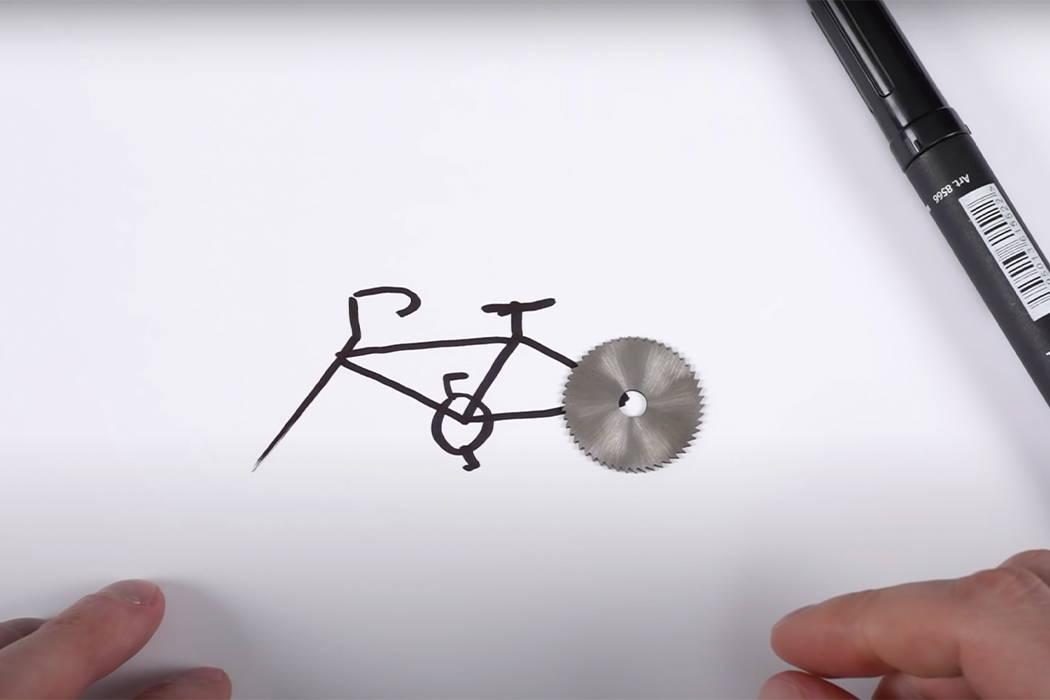 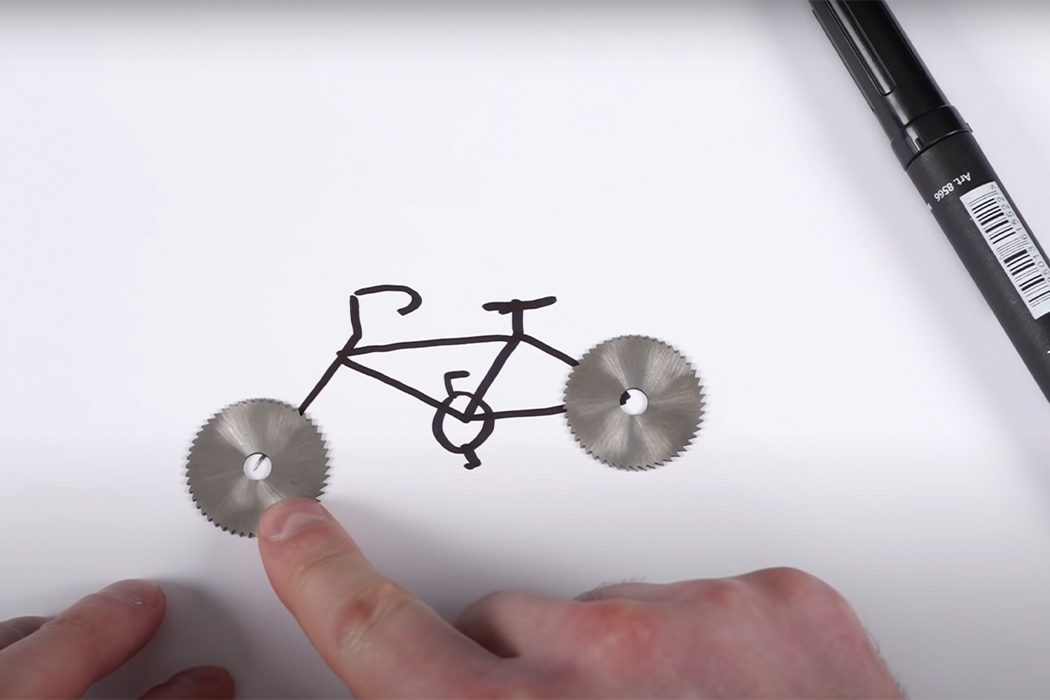 Replacing the road bike’s tires with circular saw blades, The Q set out to create a hybrid bike that runs on ice. 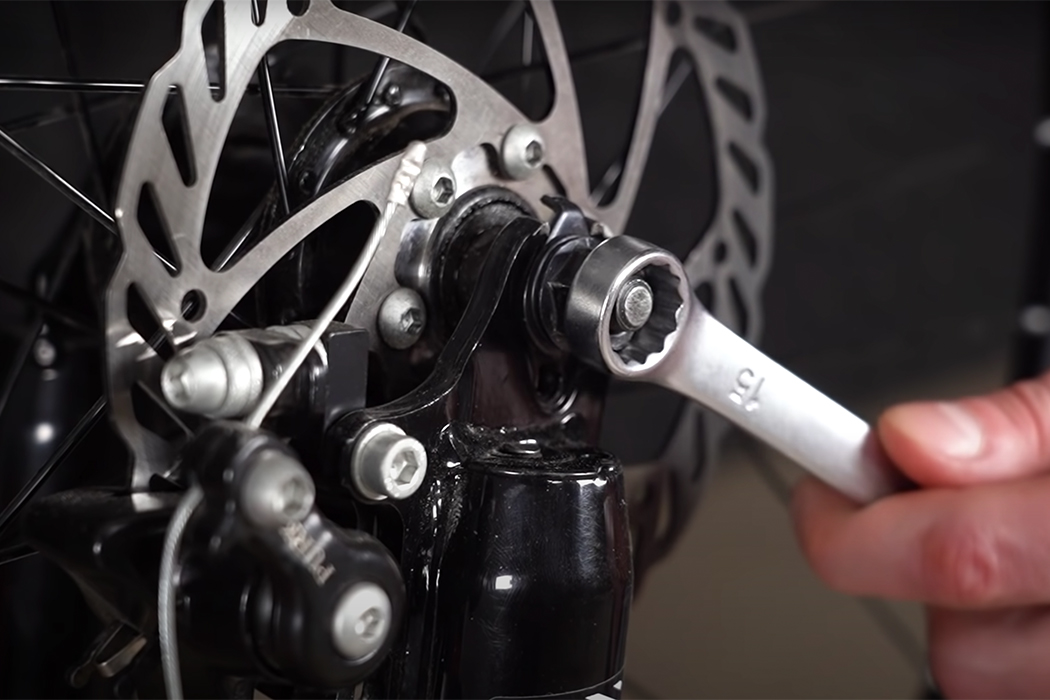 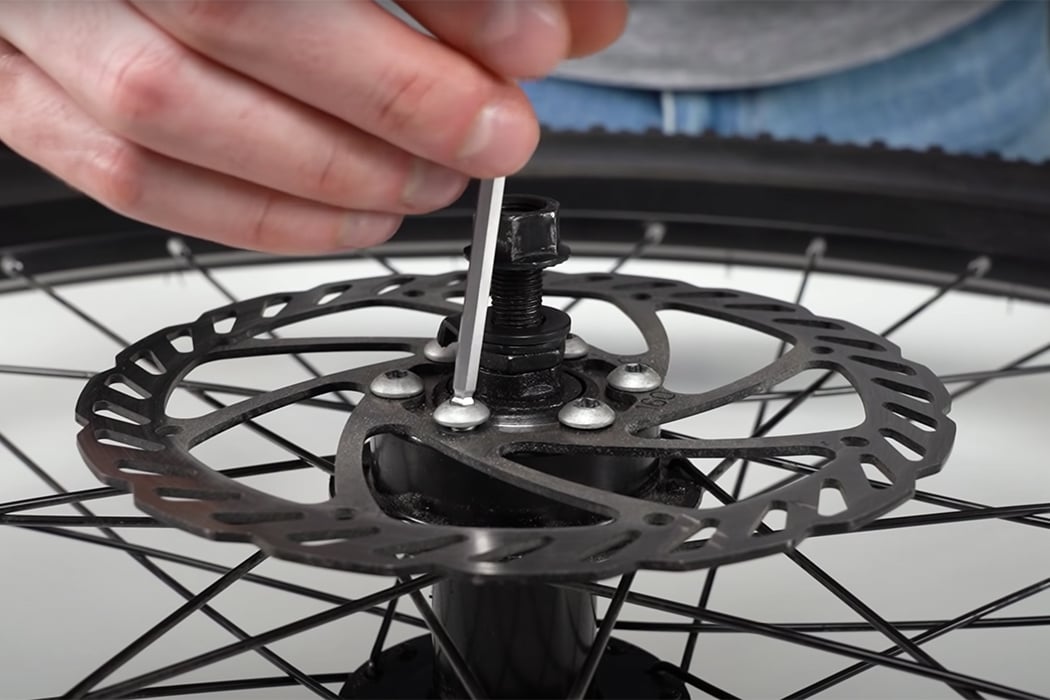 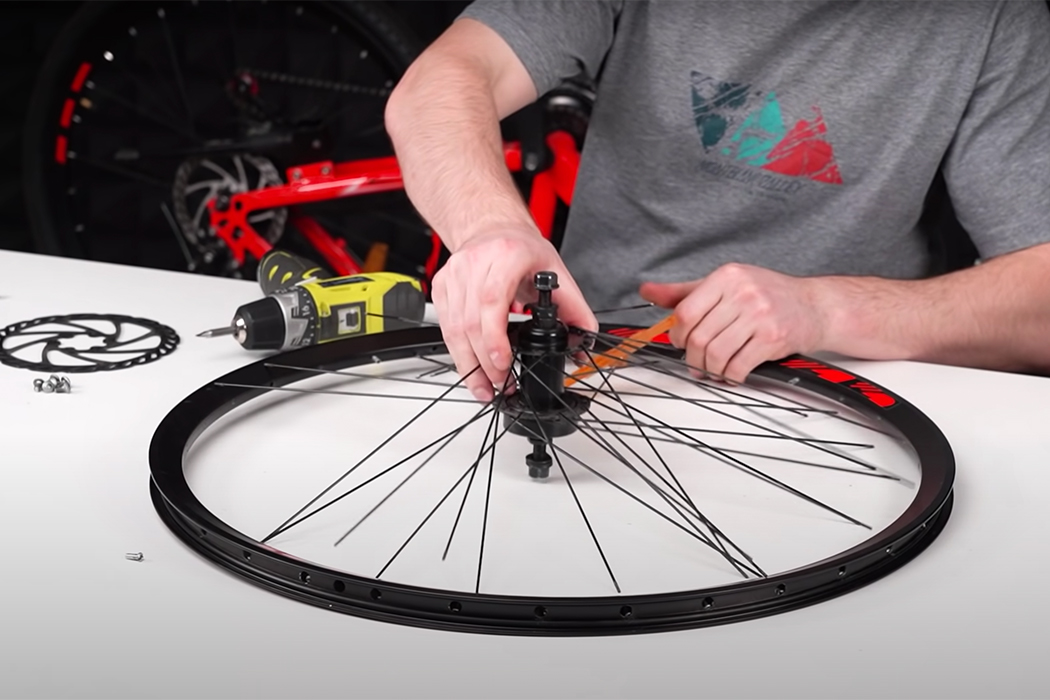 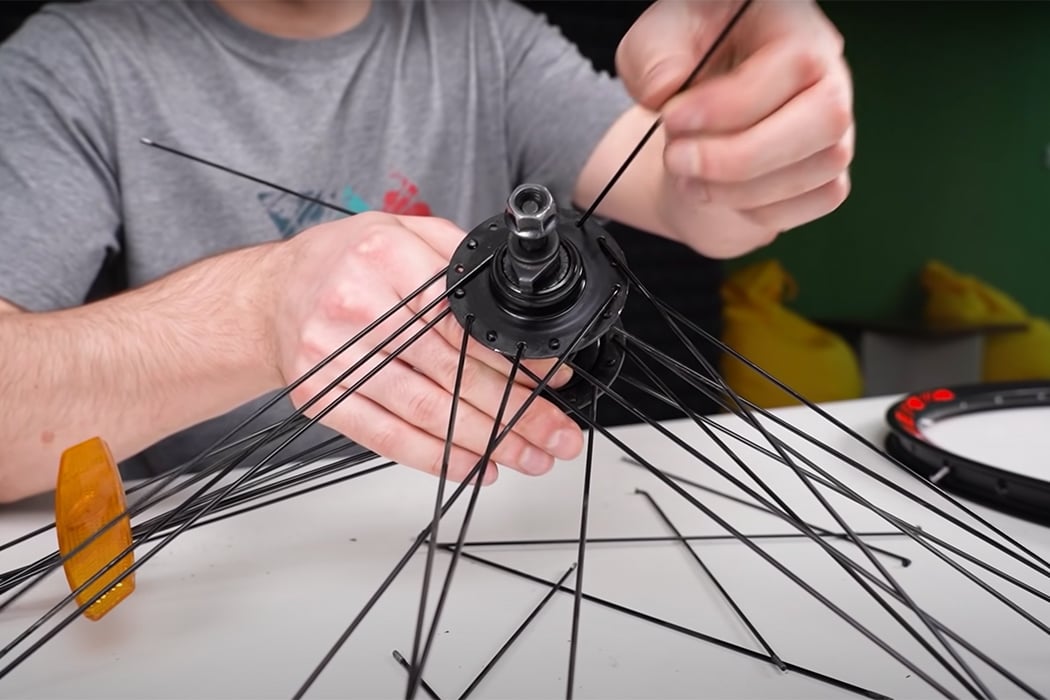 The spokes were removed from both of the wheel’s hubs so that they could be adjusted to accommodate the bike’s new ice-wheels. 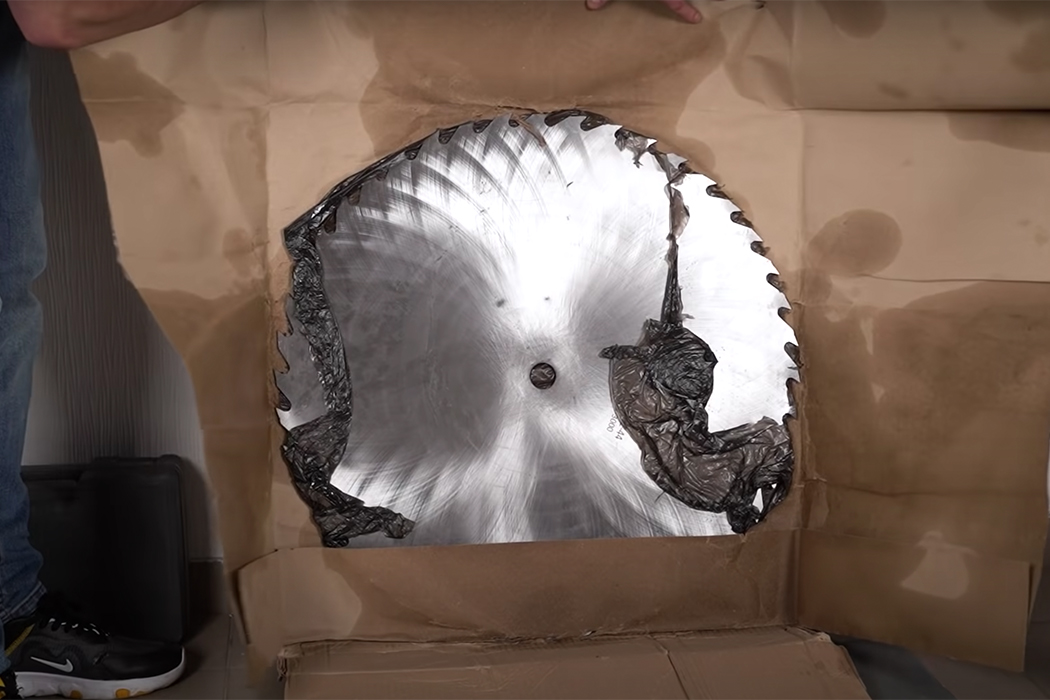 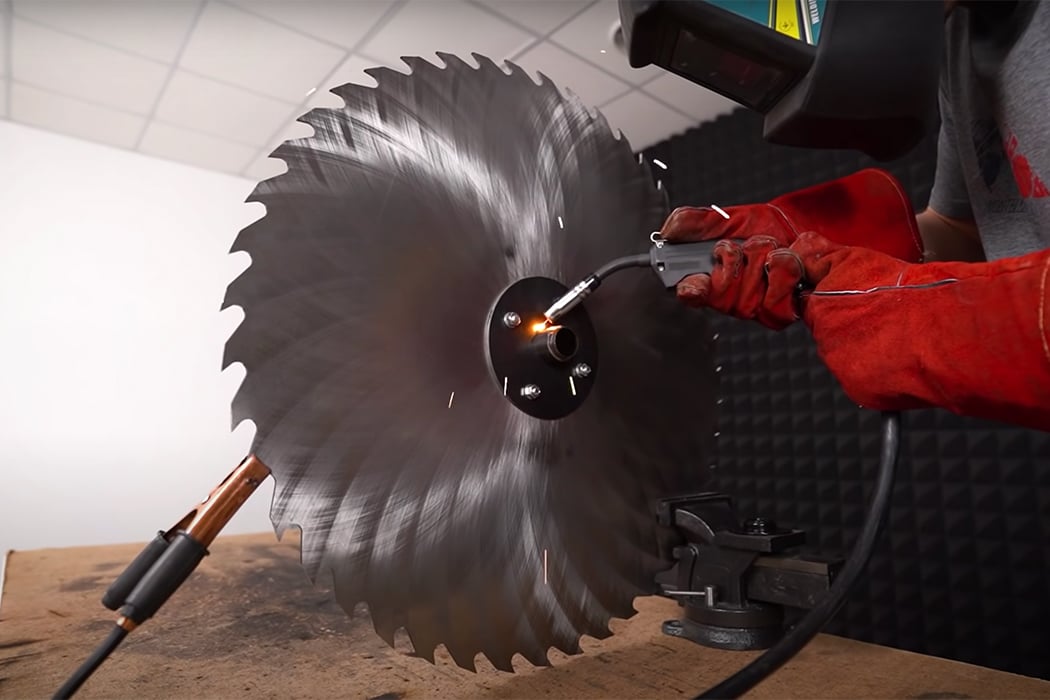 The disc wheel worked to help fasten and protect the steel saw blades while also providing positive friction for the bike wheels to properly rotate. 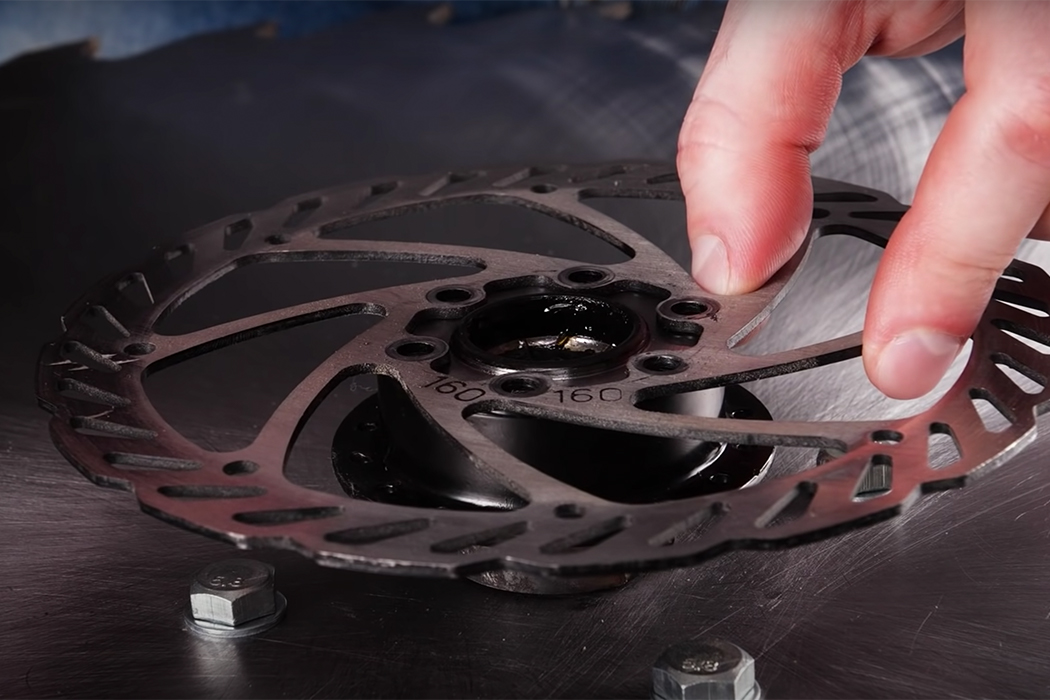 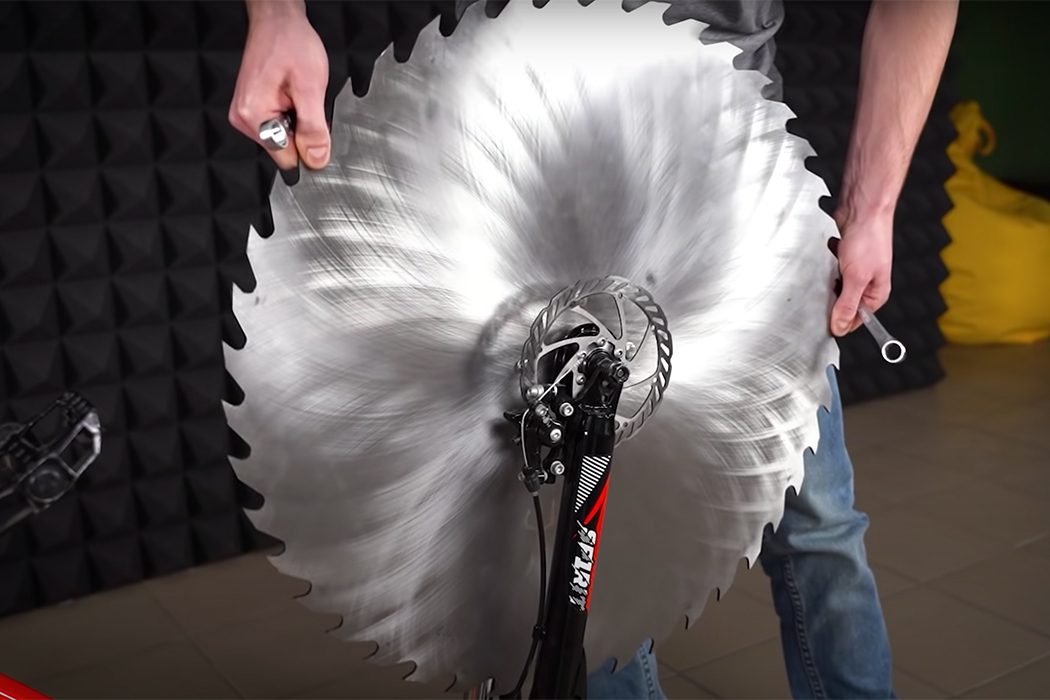 Once the road bike’s hubs were fit for the saw-blades, the new ice-wheels were easily inserted between the bike’s chainstays. 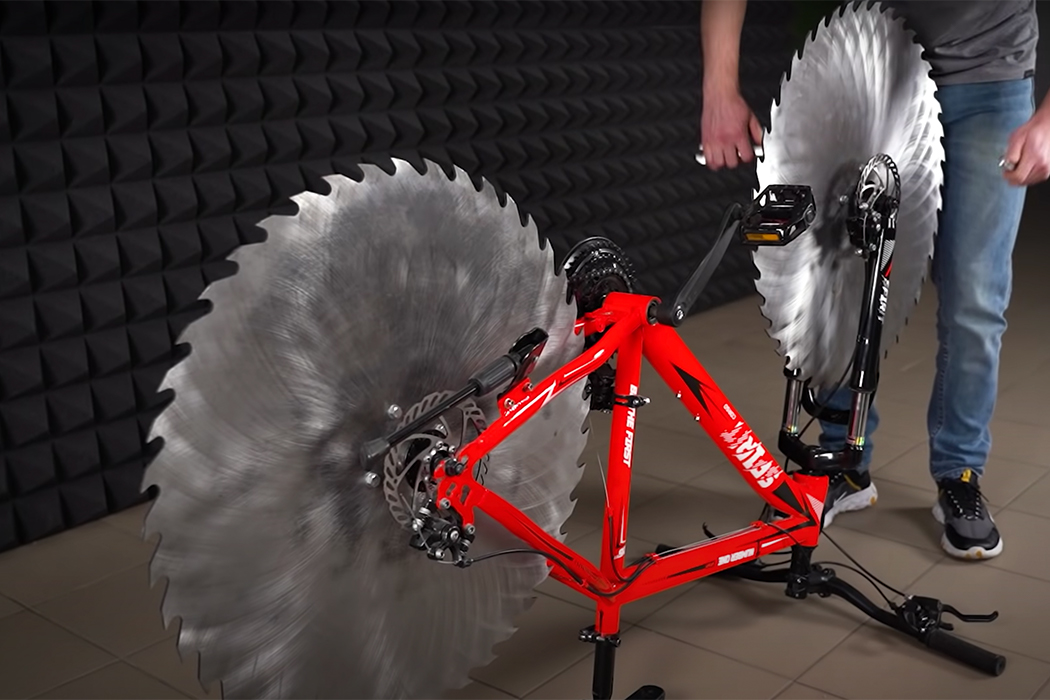 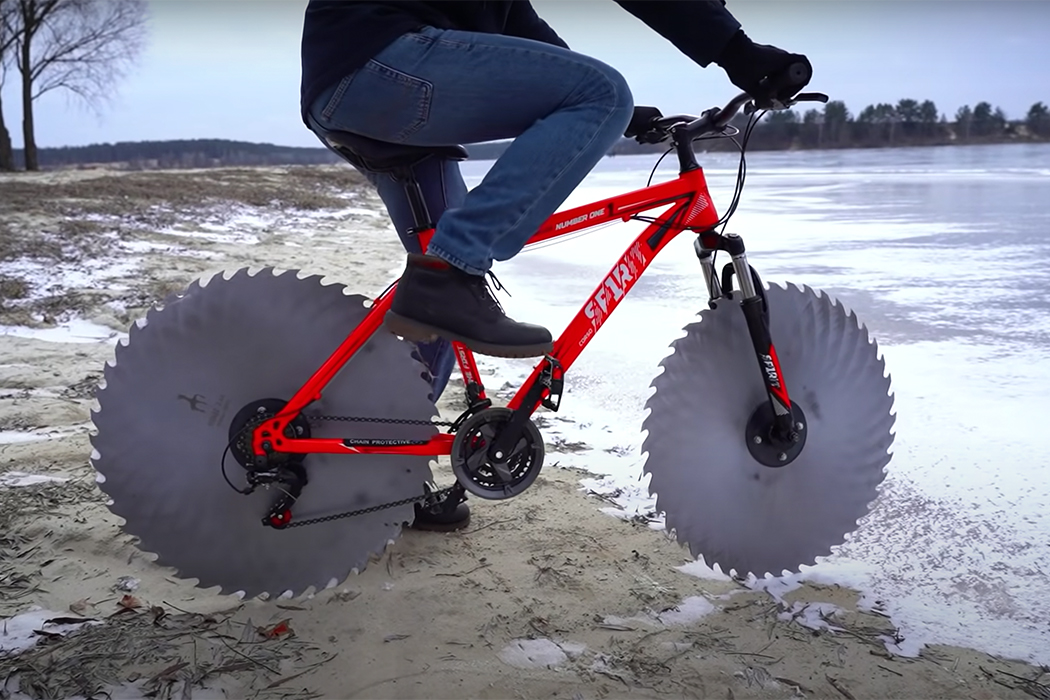 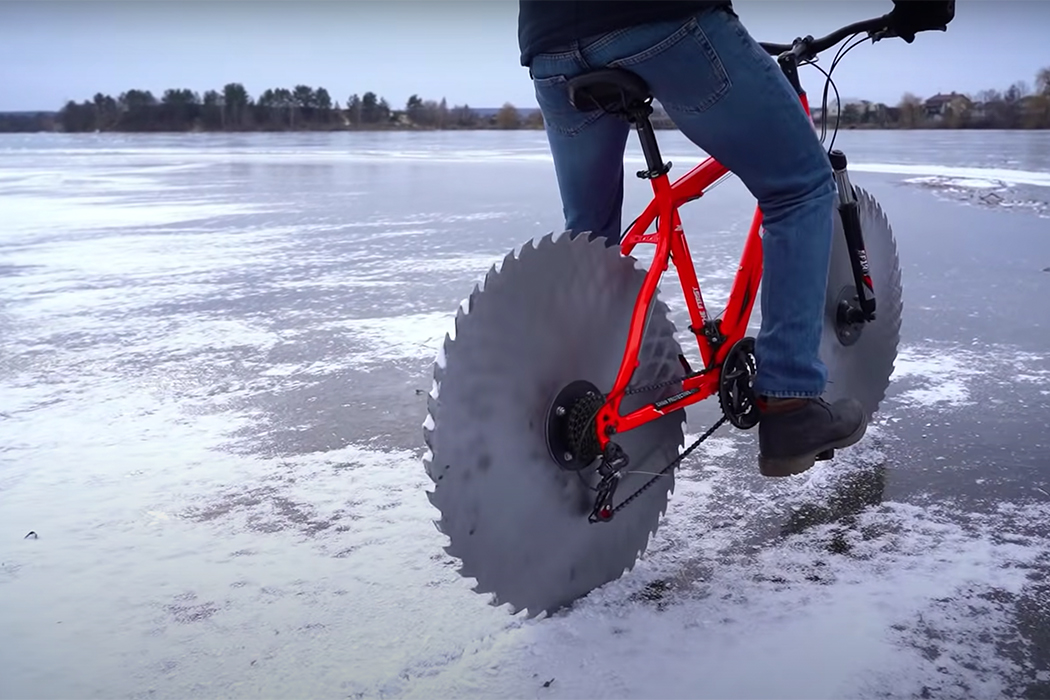 Without any means to move past the ice, the circular saw-blades’ teeth only dug further into the ice as the bike’s wheels rotated. 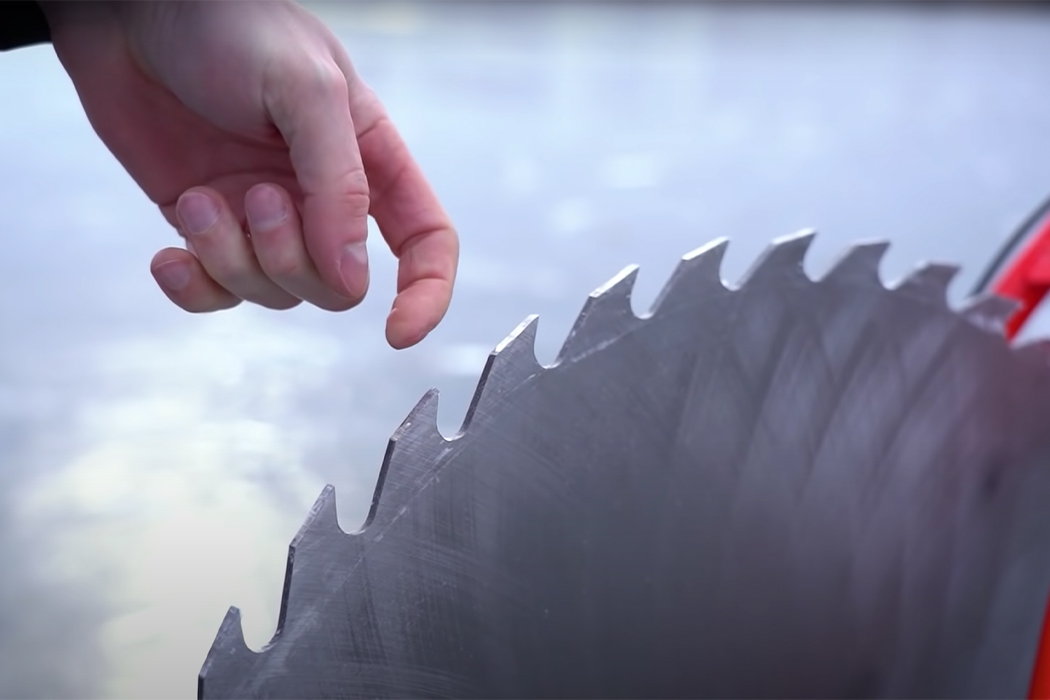 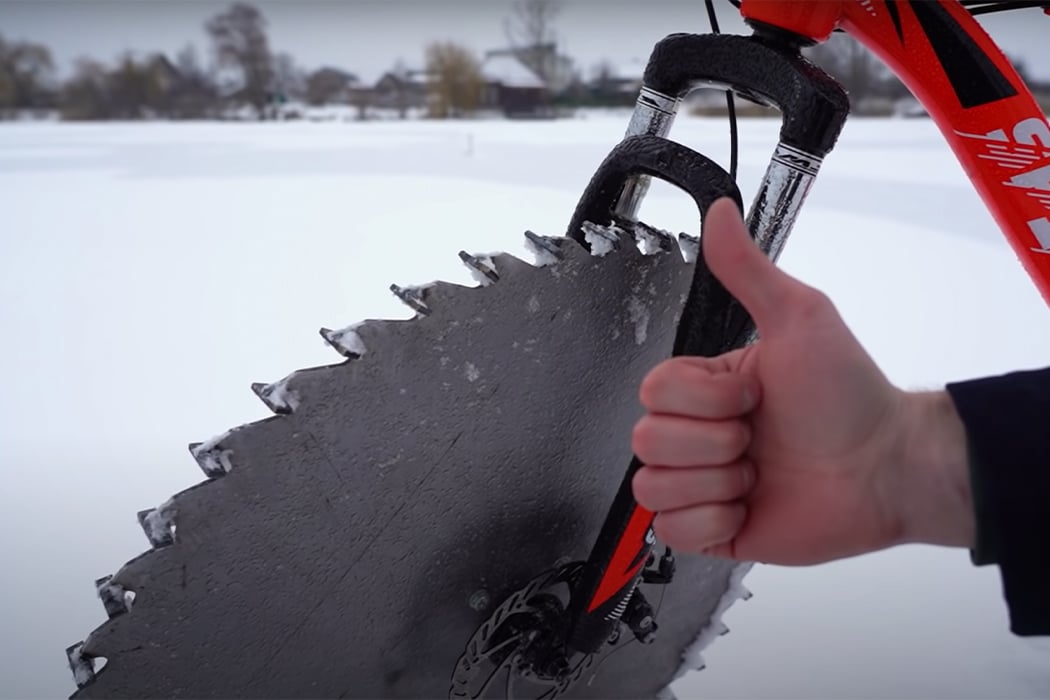 The design behind this wheel turns it into a type of track wheel that is commonly seen on construction sites or during the early morning hours following a bad snowstorm, as track wheels make it harder for vehicles to sink into the ground. 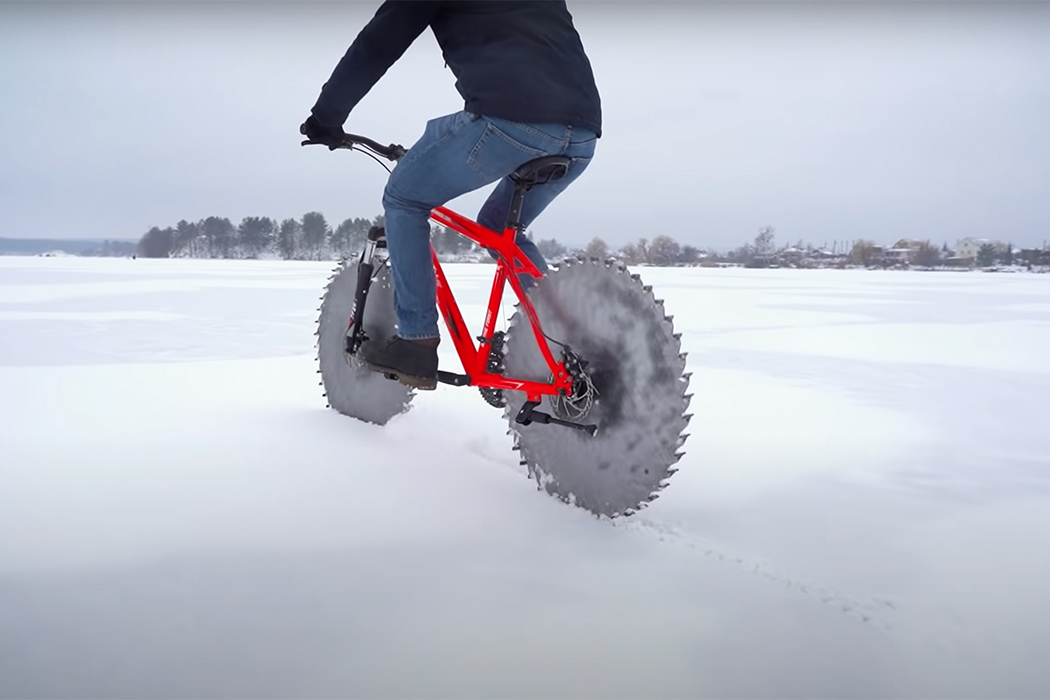 But Is It Faster Than A Rabbit

A Bike for Babes

For ladies who like to travel in style, the Fluxa bike was designed to be a rideable fashion accessory that enhances your look rather than…

Get Engaged With Your Health

The latest in a trend of handy home STD tests, the Hoope ring offers painless, rapid testing for the 4 most common curable STDS (syphilis,…

My Faucet Is Better Than Yours