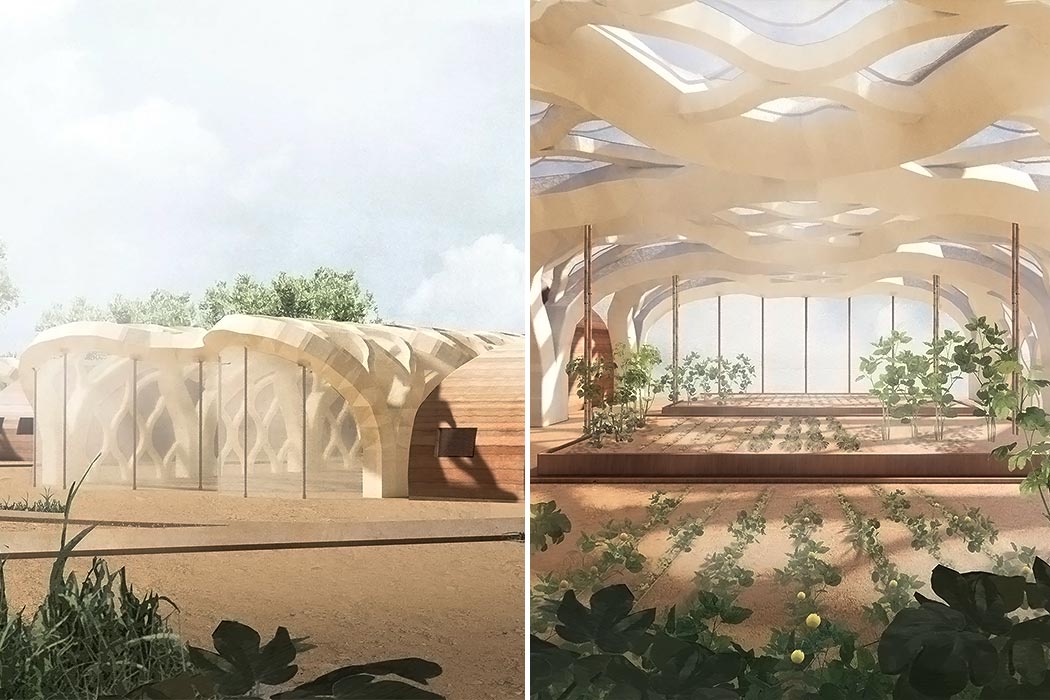 You will find that in a lot of Southeast Asian countries people still use the traditional plastic-covered greenhouses and they are super popular in India which is the world’s second-biggest agricultural country. Polythene sheets are cheap and easy especially for those in developing countries like India where over 60% of the population depends on agriculture for income. We know that plastic is bad (and still find it so hard to remove it from our lifestyles), but most people in these countries don’t fully grasp that and the quickest way to convince them is by providing them with an accessible sustainable alternative while educating them simultaneously. This way we fast-track their sustainable journey and Designer Eliza Hague has already come up with the alternative solution – inflatable bamboo greenhouses!

Hague is a student at the University of Westminster where she is pursuing her Masters in Architecture. Her design features shellac-coated bamboo to emphasize the use of biomimicry in different disciplines of design – in her case it is providing eco-friendly architectural solutions inspired by nature. For the main structure, Hague drew inspiration from the Mimosa Pudica plant which closes its leaves when it senses danger and that is how she came up with collapsible beams featuring inflatable hinges. It gave the greenhouse a unique origami effect (it actually looks like paper too!) and also enables the structure to be easily flat-packed for transportation/storage. Rows of these bamboo-paper greenhouses can be connected to shared houses constructed from the soil, which has a high thermal mass, providing shelter from extreme temperatures in India. Hague envisions that the greenhouses would be shared by multiple families and would provide each family member with enough food to be self-sufficient, creating communal greenhouse villages in the city’s more rural and isolated areas.

“The tutors in Design Studio 10 encourage you to analyze what it means to be truly sustainable in architecture, rather than integrating sustainability as a generic requirement which is often seen throughout the industry. This helped to develop my project into something that challenges the suitability of widely used materials and current lifestyles. In light of the pandemic, the idea that architecture can provide spaces to encourage self-sufficient living has become more prevalent as we rely on supermarkets more than ever. This notion stimulated the desire to create a design that not only responded to its local environment but proposed innovative solutions to these challenges,” says Hague as she continues to develop her design so it can someday be an accessible alternative that will reduce plastic waste and educate people at the same time. Also, who wouldn’t love a cool, sustainable, origami dome as a greenhouse? 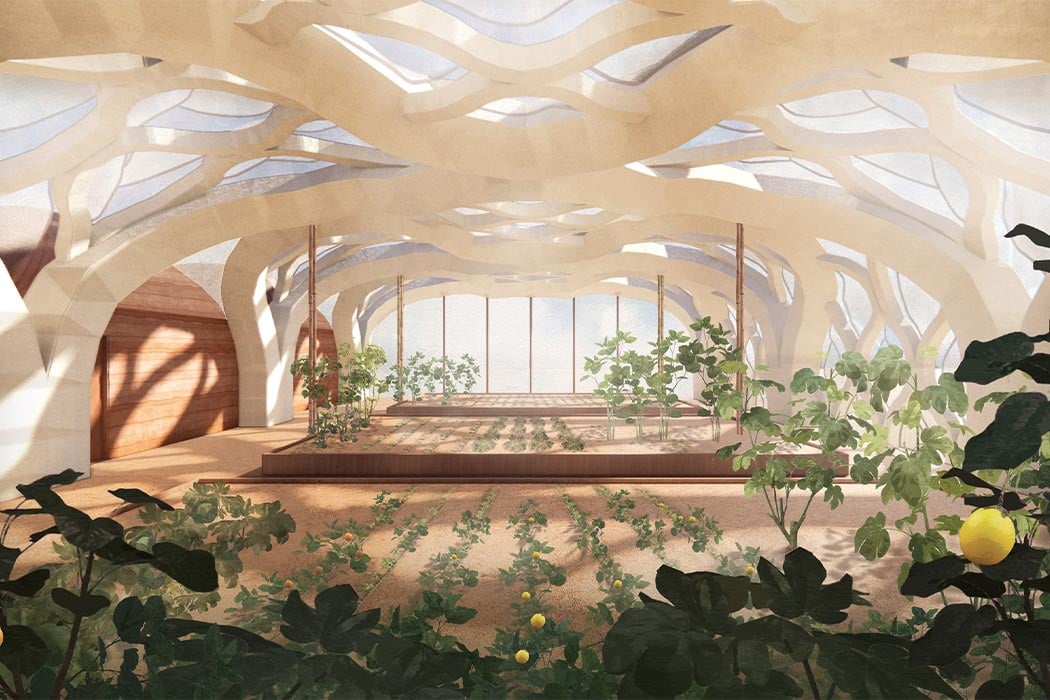 Polythene is used all over India because it is cost-effective for the rural demographic but it needs to be replaced each year which generates tonnes of plastic waste. With Hague’s alternative, the environmental impact can be minimized as the design uses locally sourced bamboo and natural resins extracted from trees. 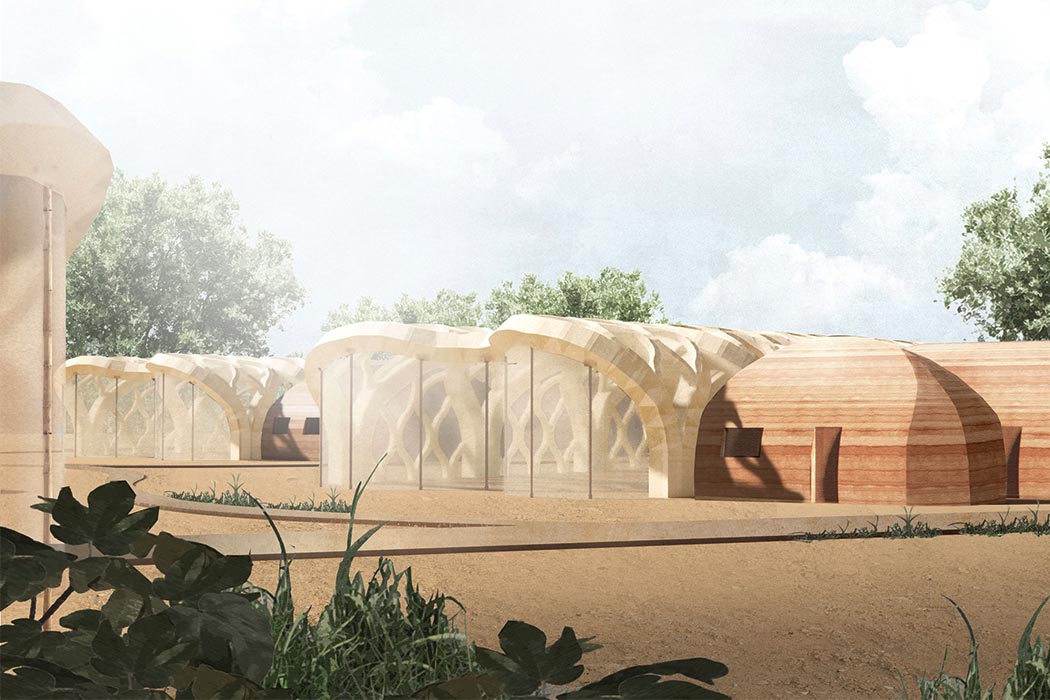 The bamboo is then coated with shellac resin which makes it weather-resistant and gives it a texture similar to paper. 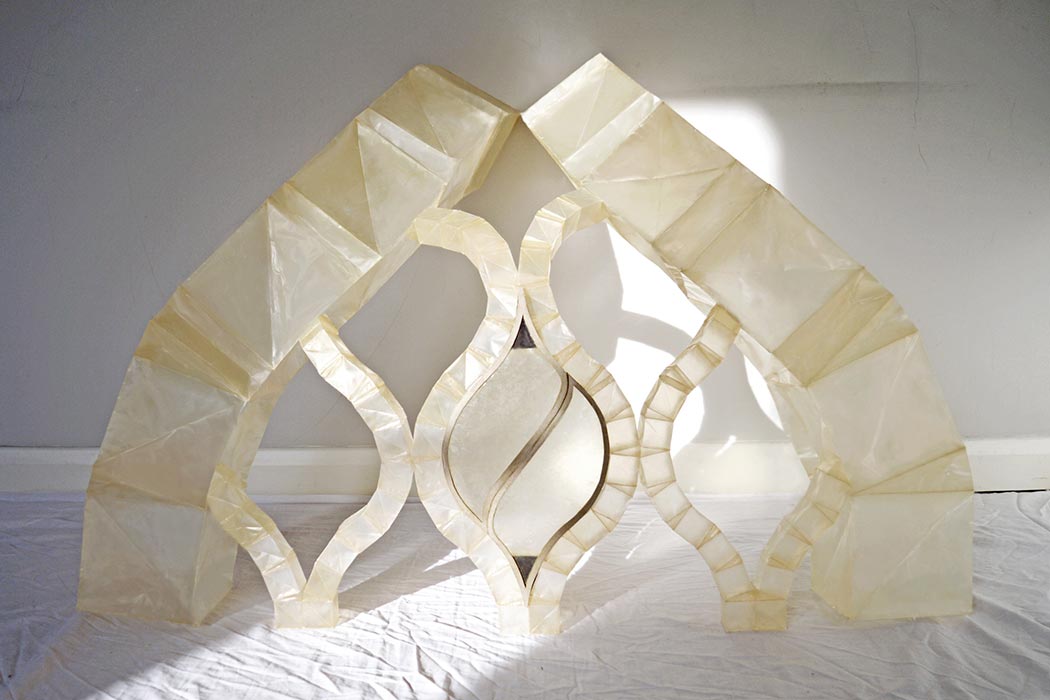 To set it up, all one has to do is inflate the greenhouse with air, cover it up with the bamboo-shellac material and fit the expandable fin-like black solar balloons that would sit between the inflatable beams and cladding for the hinges to facilitate natural ventilation based on the heat from the sun. 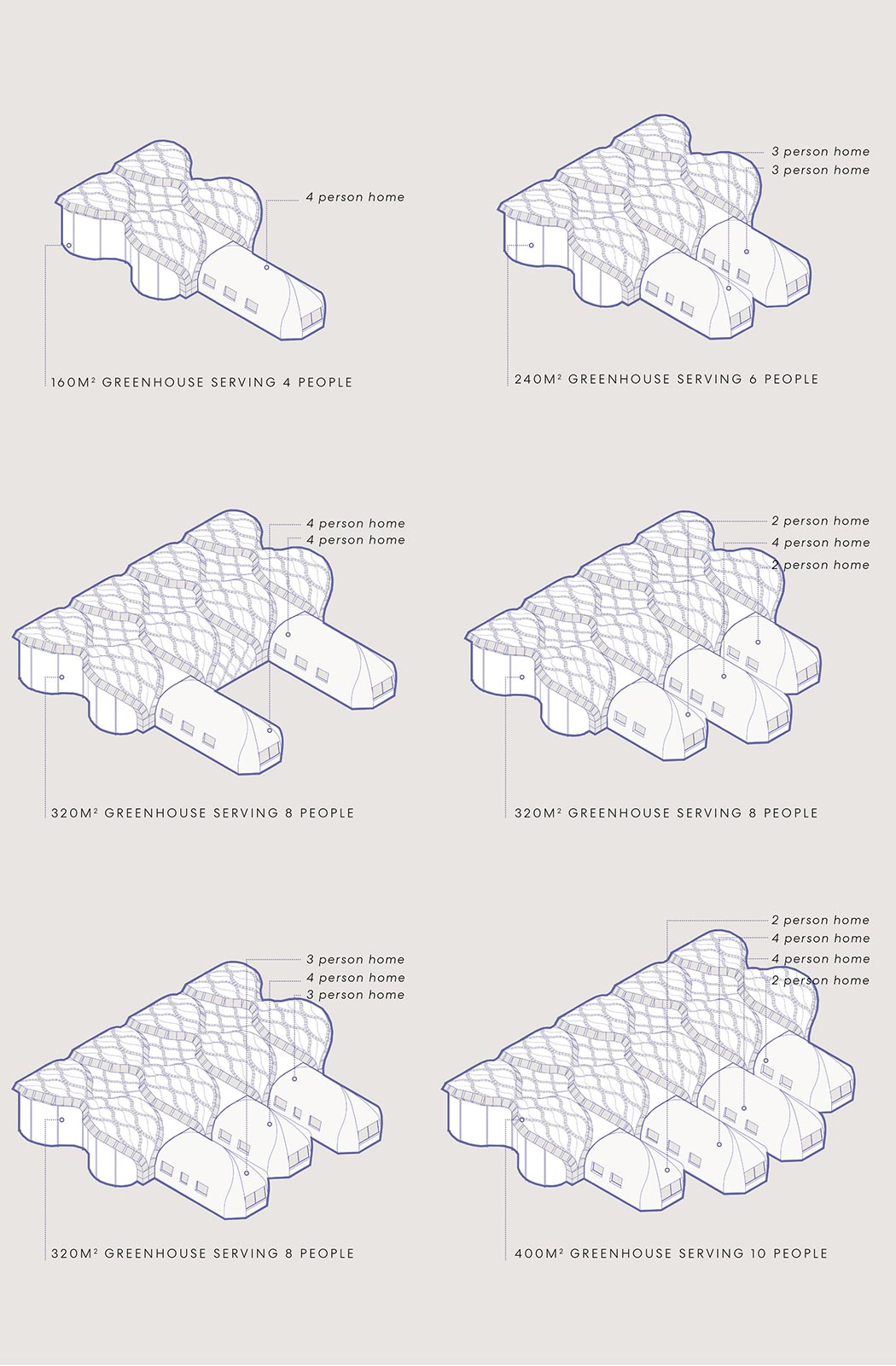 As each individual requires 40 meters-squared of greenhouse space to grow enough food to maintain self-sufficiency, the concept accommodates the potential different typologies based on two-person, three-person, and four-person homes. 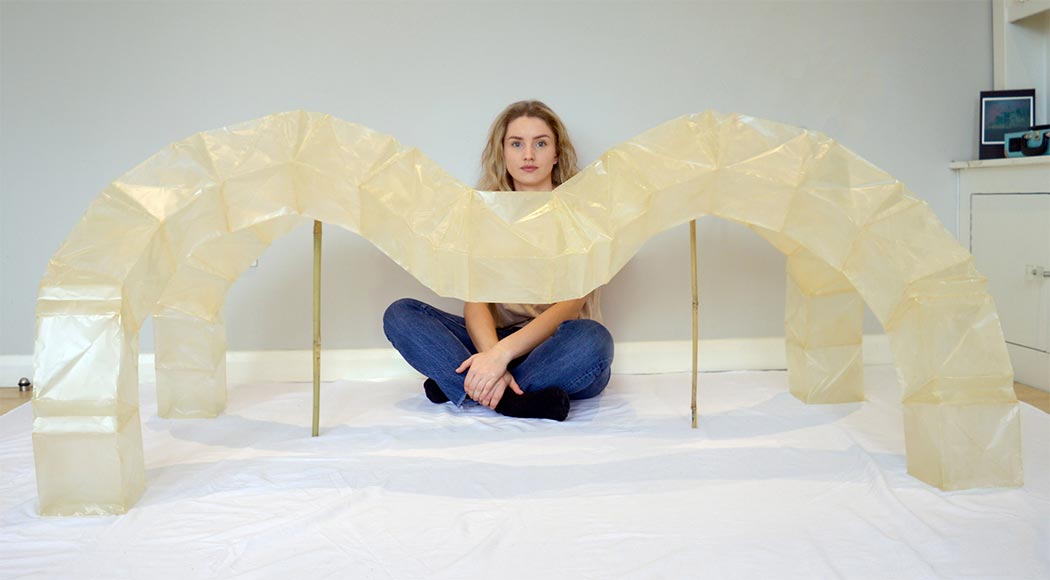 What looks like an incomplete wireframe may just be the most efficiently designed and unique looking running shoe yet. Made for the 40-yard dash, Daniel…

BathPouch rethinks the way you bathe baby! The two-part system consists of a folding bath that’s incredibly easy to carry around, and a wearable towel…

Chair Designs that will leave you floored

I saw an interesting video the other day, a simple, elegant yet funny twist that showcased how horizontal surfaces inspire us to lean on, may…