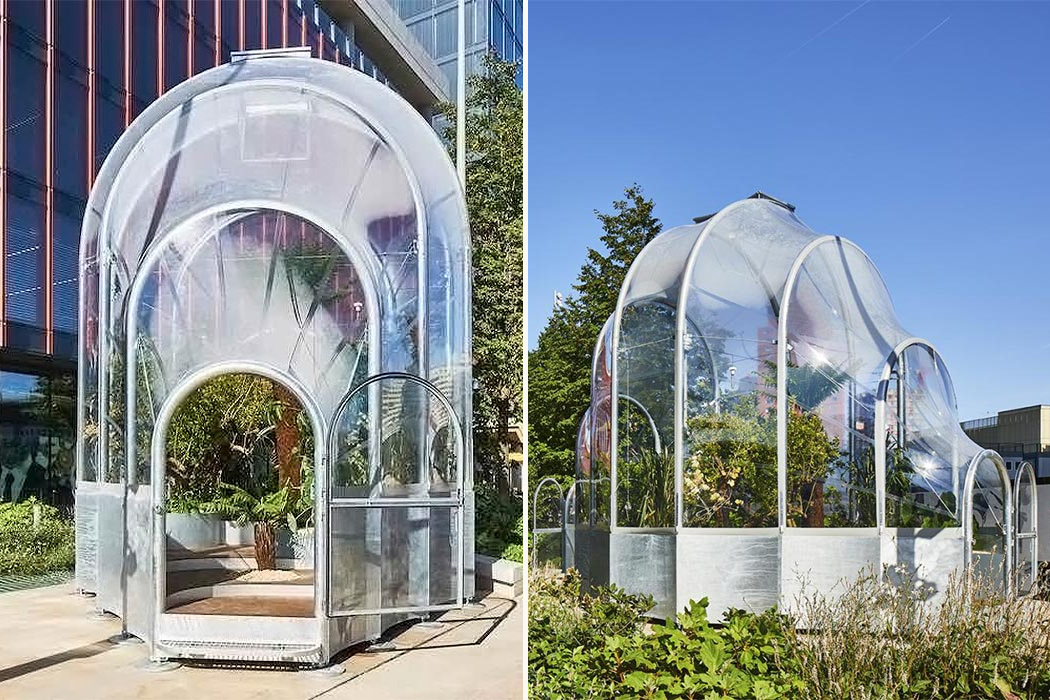 If you remember the movie Interstellar, you will recall that all the food on their dining table was made from corn – cornbread, corn side dish, whole corn kernels, etc. Why? Because climate change had made the conditions so catastrophic that the planet had only one viable crop left – corn. It also showed the frequent dust storms because the heat had killed the vegetation and now the wind could carry huge swaths of dust everywhere. “It is just a movie” is what we hear when we get a little stressed about climate change, but those scenes in the movie about having just one crop left and insane storms – that is an extremely realistic scenario and we are hurling towards it each time there is a rise of even 1 degree Celcius.

The design has a purpose to educate through interaction but it would be more interesting to see if the Studio set up different Hothouses showing how the temperature increase would impact other regions’ crops in comparison to the UK – the side by side comparison would help people grasp the global scale of disruption because otherwise it just looks like you get to have mangoes in the UK and that doesn’t sound “bad”. Scientists predict that air quality levels could be 5x times worse by 2050 and crop yields can decrease by 30% as temperatures rise towards a 4°C increase globally by the end of the century – to put it into context, the world is currently in a race against time to stop the temperature from increasing beyond 1.5°C because that could have life-threatening effects so 4°C is catastrophic. These changes will have a direct effect on all the crops inside the Hothouse so people can see the real-time evolution and effects of the world. 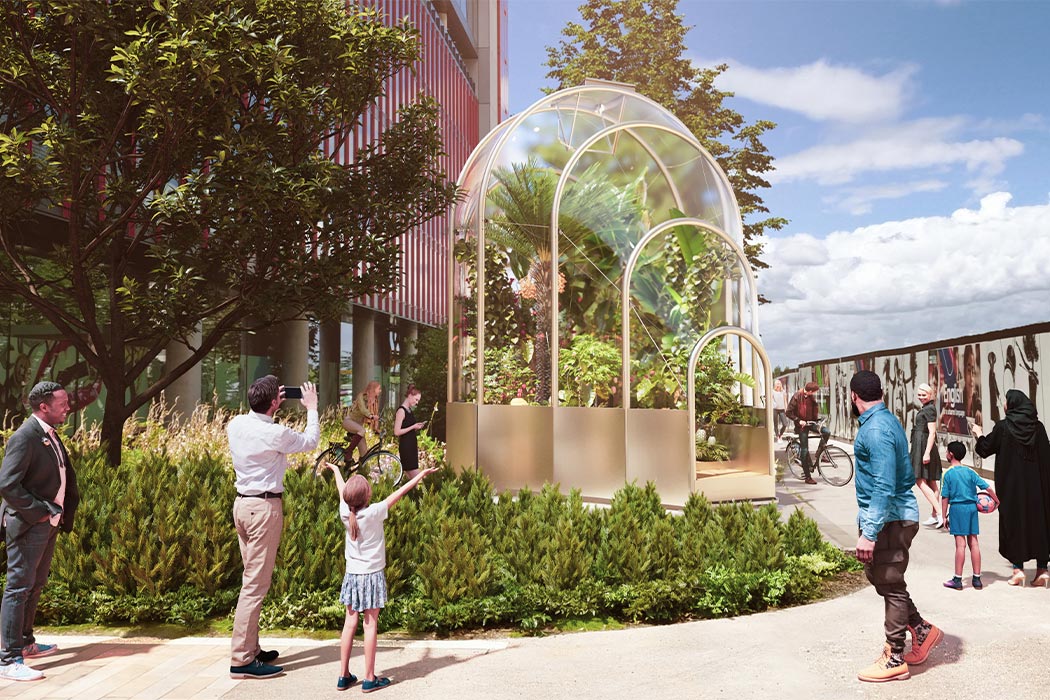 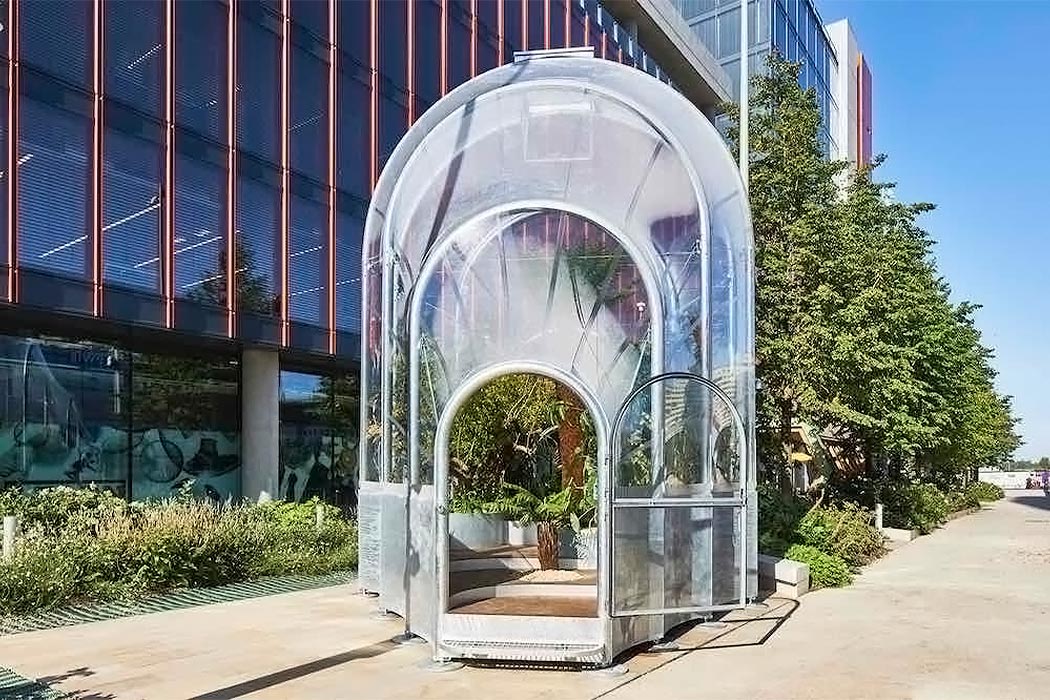 It is hard for people to grasp how apocalyptic it will be through articles or movies, the easiest way is to show them the transition in real-time. 1 degree may not seem a lot when you go on the beach but a consecutive rise means death for agriculture and the collapse of entire ecosystems. Using experiential design as a medium, Studio Weave collaborated with garden designer Tom Massey to create the Hothouse which is a tiny greenhouse filled with edible tropical plants. The installation was made for the London Design Festival 2020 and is located in the International Quarter of London and provides a controlled habitat to grow specific plants that would not otherwise grow in the UK’s climate. The aim was to show the effects of climate change in a more tangible manner you can experience on an individual personal level. 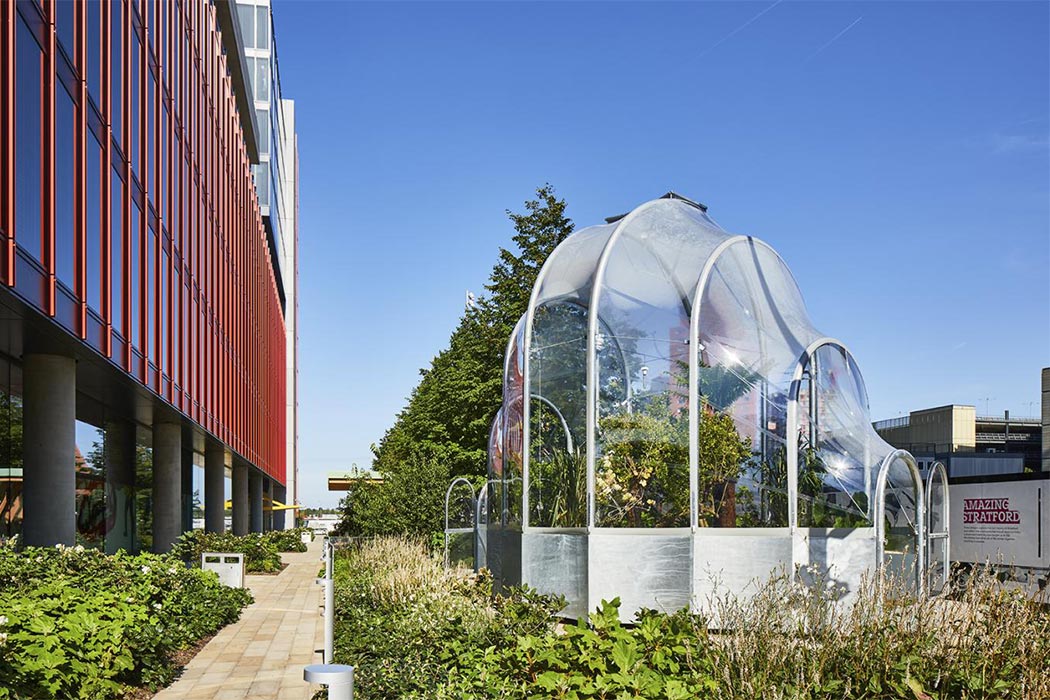 The design highlights how local food in the UK will change with the rapidly growing temperatures – by 2050 tropical plants might become the norm and that is not an exciting thing. If the UK becomes a tropical zone, can you imagine what happens to actual tropical zones where most of the world’s vegetation and crops thrive? There will be a food shortage, more storms, wildfires, coastal flooding, and more. While it is hard to show that in an installation (most of us already experience it in real life with the recent wildfires and flooding), it lets people see how small temperature changes can change an entire country’s food consumption. 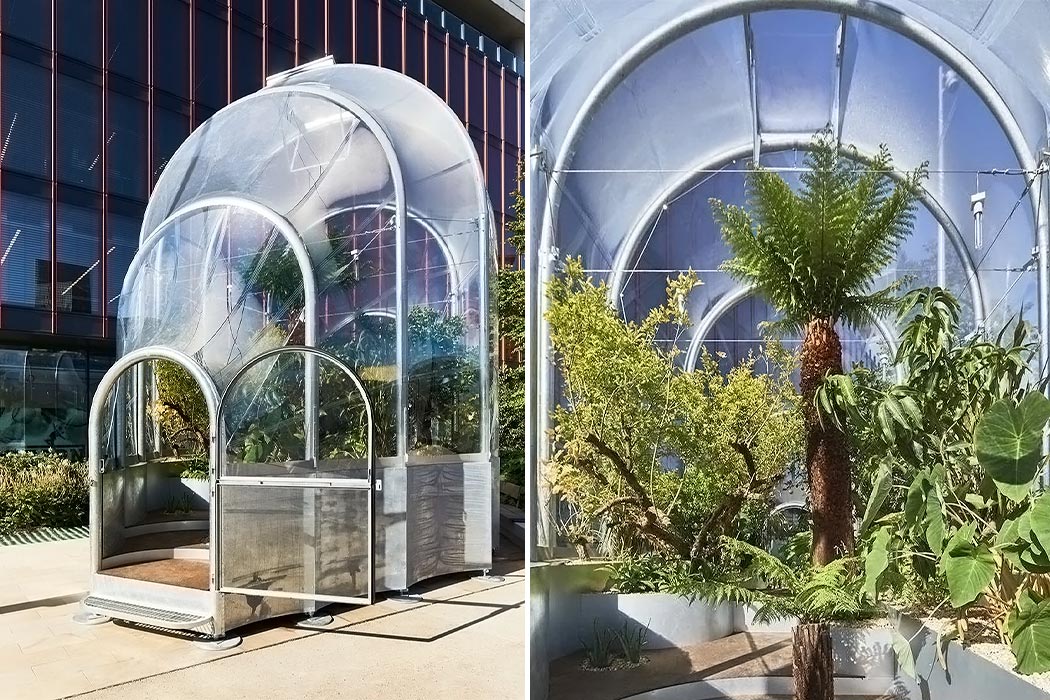 Studio Weave’s tiny tropical greenhouse wants to inspire and educate people about climate change and its choice of location has meaning too – the Queen Elizabeth Olympic Park was once dominated by greenhouses that allowed for the production of ornamental plants and flowers, and exotic fruits in the 1930s. The structure is a minimal redesign of the Victorian glasshouse and has a micro-climate that can be regulated to suit the plants inside. Currently, the Hothouse has crops like guava, orange, gourd, chia seed, avocado, pomegranate, quinoa, mango, sweet potato, lemon, sugarcane, chickpea, loquat, and pineapple. Changes in agriculture and food consumption patterns can change the global trade cycles – the Hothouse is a small example of how that could look for the UK. 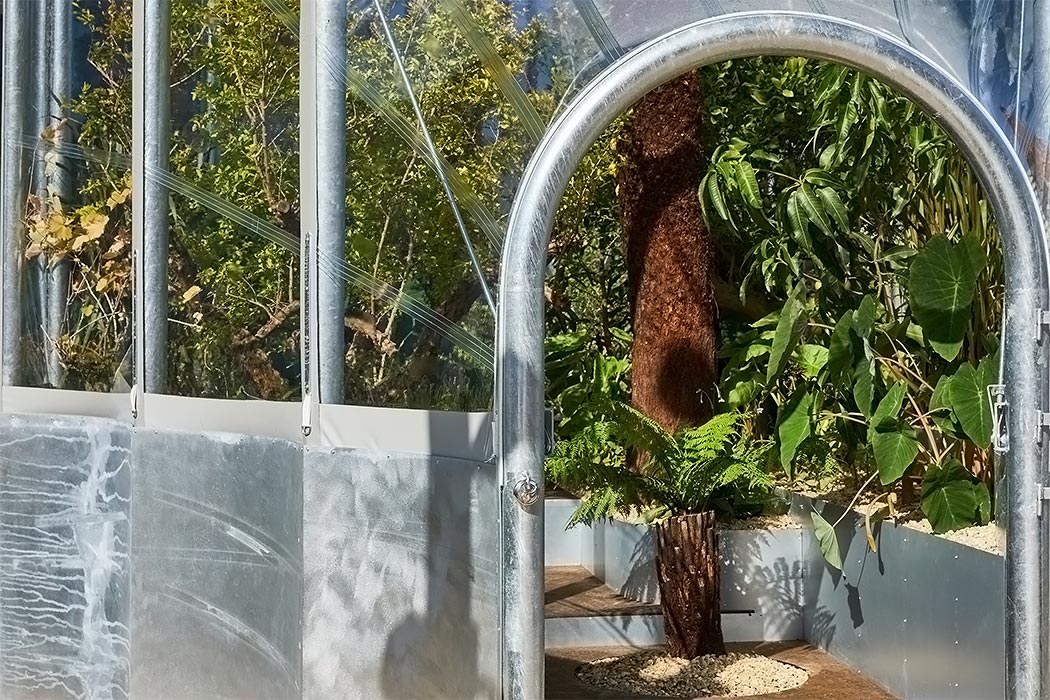 “Amid the strangeness of the COVID era of the last few months, reduced human activity has produced what feels like a profound shift in the environment, progressing a much-needed dialogue that will hopefully translate into sustained action and change,” says Je Ahn, Studio Weave’s founder. “We hope this little Hothouse acts as a continual reminder of our fragile relationship with nature while allowing us to rediscover the simple and enriching pleasure of looking after beautiful plants.” Design is a powerful tool when it comes to combating climate change – it can help educate people, create products that are better for the environment, and also help us adapt to the changing times. The design community must use their skills and collaborate with interdisciplinary practices for innovative solutions that can help people seamlessly transition to a sustainable lifestyle. 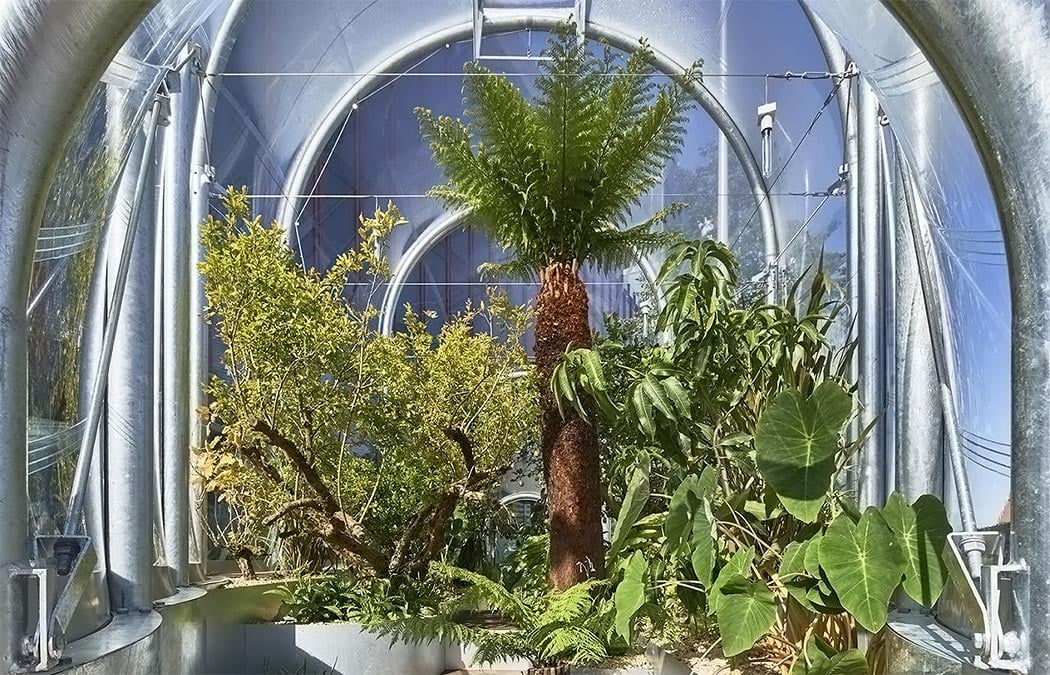 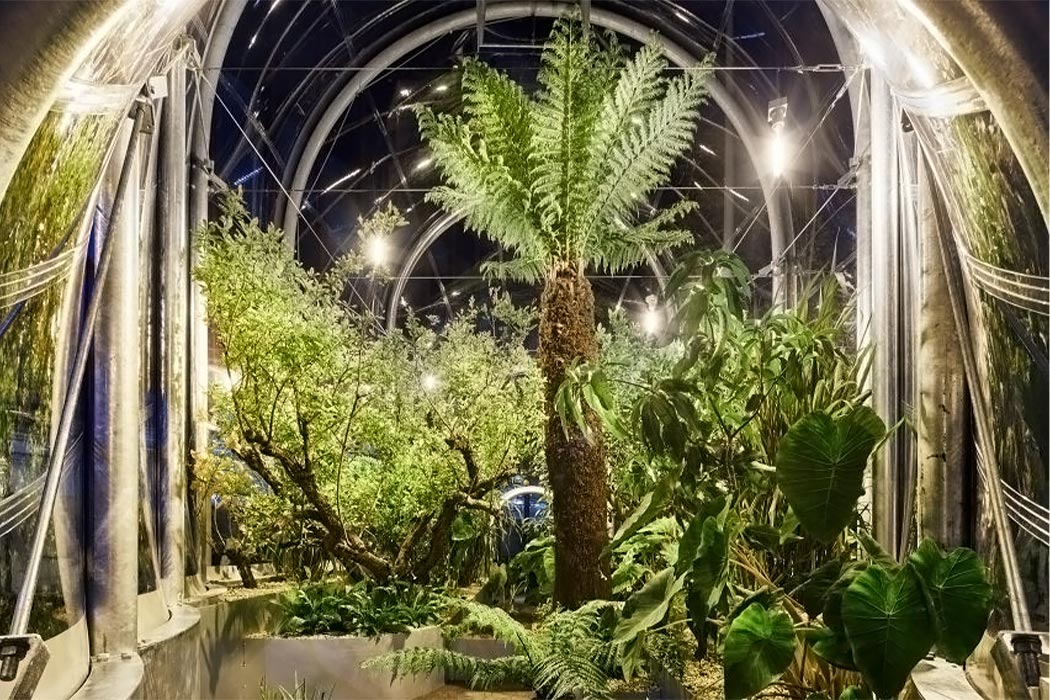 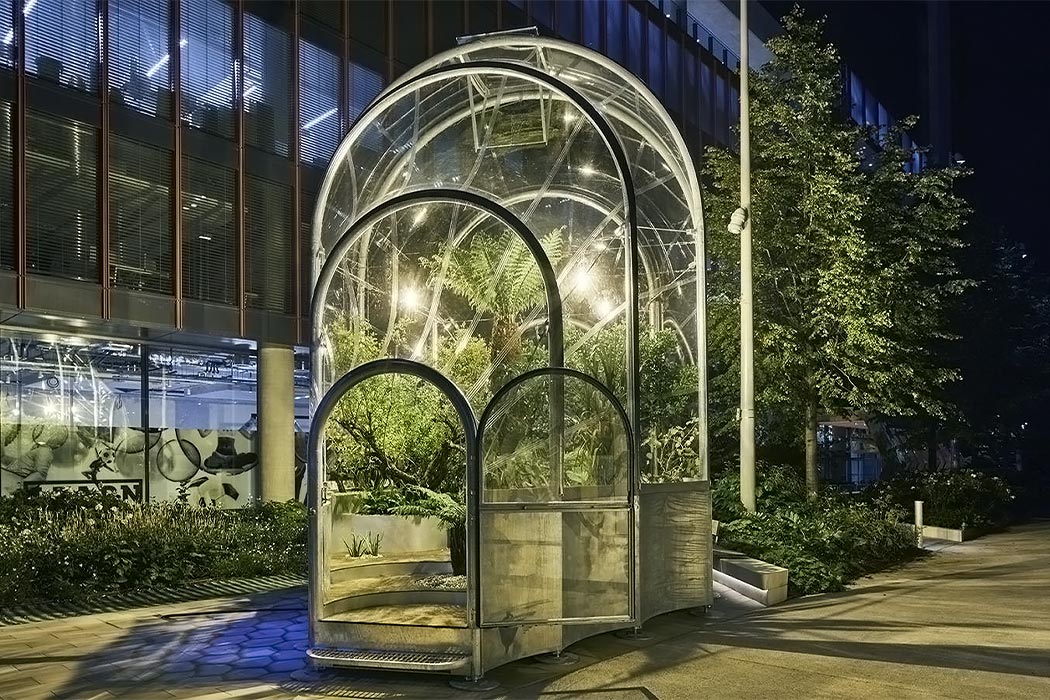 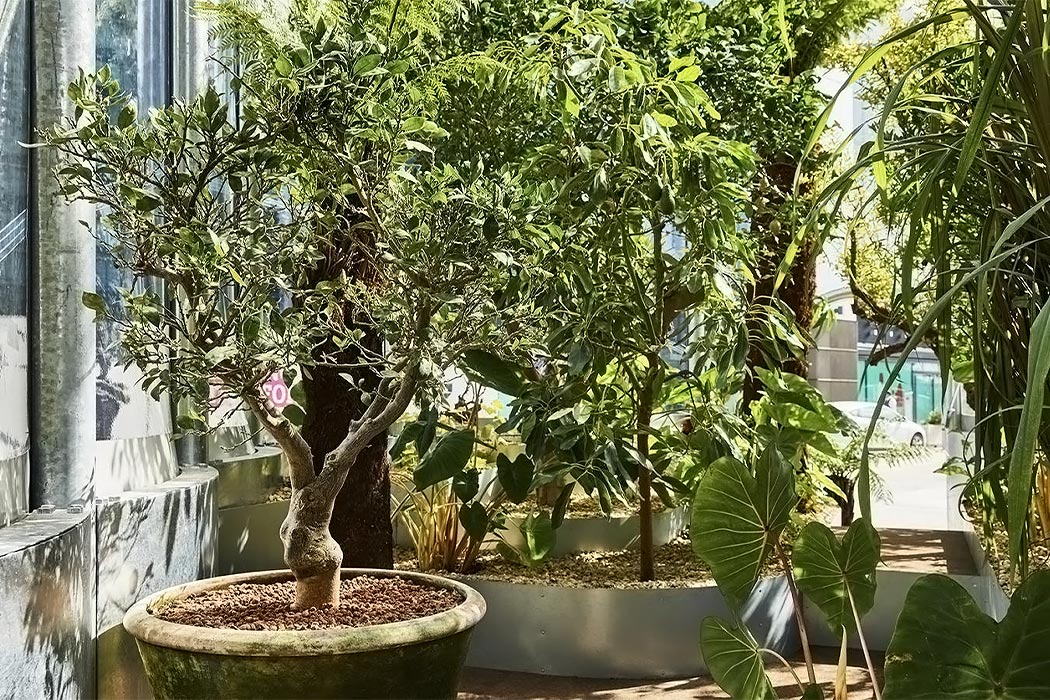 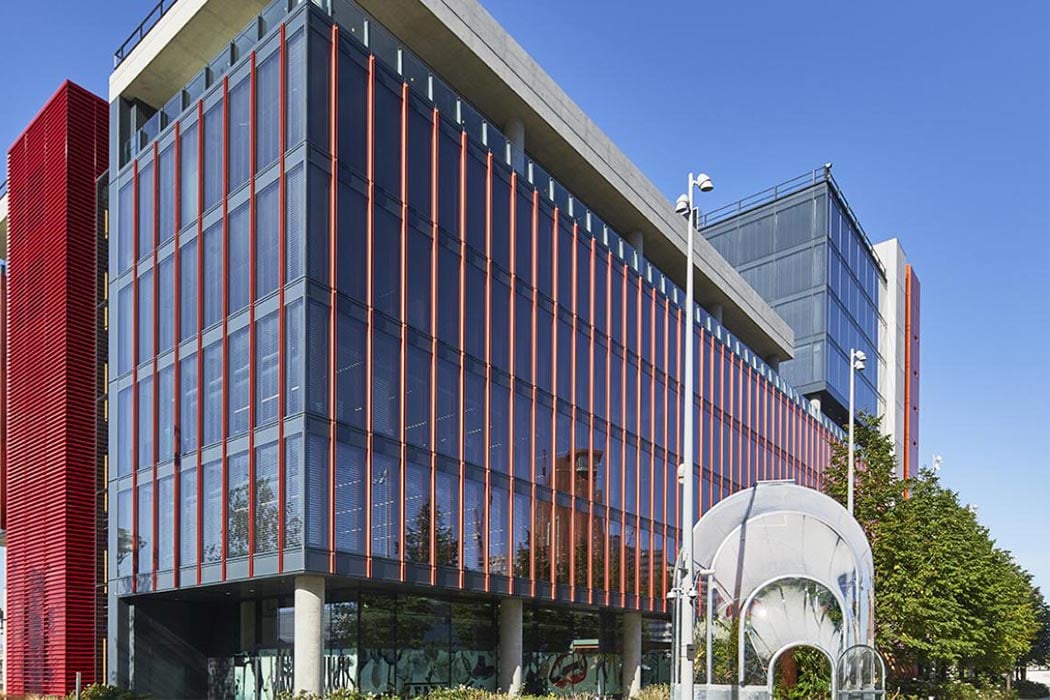 Put Your Butt In My Condom

So it is quite impossible to actually place your butt into a condom, but not necessarily with the new design by Jiang Qian. His unique…

Out of Office, a British design firm consists of four graduates of Ravensbourne College of Design and Communication. After graduating, each of the designers independently…

Dolby’s latest headphones bring the cinema to your ears

Dolby, the company famed and revered for its cinematic audio technology, and the company that practically pioneered surround sound, is now entering the headphone market…

IKEA furniture gets smarter with this air purifier disguised as a side table!

IKEA’s STARKVIND smart air purifier brings the promise of affordability and minimalism to the most important home appliance pandemic hit times can do with. Breathing…