If you’ve got 1 minute to spare, I’d recommend you watch the video above and have your mind blown by what the GEMJI is capable of. I want to call it a pack of cards, but the GEMJI is more than that. I’d call it magnetic tiles, but the GEMJI is capable of working like blocks too. Its innovative design and magnetic modular system mean the GEMJI can practically be anything you want it to be. Just like a TV screen is made of individual pixels that light up to create any type of image, the GEMJI’s individual tiles come together to form the framework of any sort of game. You can use the GEMJI to build game-boards, mazes, towers, and even 3D models because the GEMJI isn’t a game, it’s the base structure needed to build and play any game you want!

The best way to describe the GEMJI is by calling it a game system. This means that GEMJI’s tiles can be used to devise and play multiple types of games for various audiences across all age groups. Younger GEMJI-players can use it to create mazes, while more proficient youngsters can snap multiple tiles together to build complex 3D models. If you’re looking for less of a creative outlet and more of a traditional game, the GEMJI’s black-and-white pieces can be used to play anything from Chess to Draughts, Jenga, Go, Mahjong, Backgammon and even devise your own games along the way! Each GEMJI box-set comes with 70 of those dual-color magnetic tiles, along with a playbook of 30+ games you can play (including GEMJI’s own original games) and an online app which promises many more games with future updates. Moreover, the system can be even used as a framework for learning specific skills – for example – programming fundamentals (yes, there are games for that, too). To make it easy to travel with, the box even packs a traveler’s pouch so that you can carry it wherever you go.

GEMJI, as simple as it is, gets a whole bunch of things right. It’s compact, making it great to carry around, yet versatile, fitting a myriad of games into its small factor. Its magnetic construction gives it the advantage of ensuring your pieces never get lost, while also allowing you to play with the GEMJI on uneven surfaces or moving vehicles. In fact, the magnets even work as a fidget-toy. The GEMJI’s individual modules can be used in their 2D capacity as tiles or can be used as 3D building blocks to make larger objects. Each tile is carefully hand-assembled, and the entire set comes with as many as 500 built-in magnets for a new kind of unmatched gaming experience. The GEMJI magnetic tiles are washable too, allowing you to easily clean them if they get dirty… but by far two of its most impressive features are that A. it’s incredibly tactile and provides great audio feedback with the magnetic clicks, making it one of the only games that’s designed keeping visually impaired players in mind, and B. the absence of any language/text and the purely symbolic nature of the GEMJI makes it easy to play with children as well as with people who speak different languages! You can head down to the link below and back this new generation of gaming, while even grabbing your own GEMJI set to play/create/fidget with! 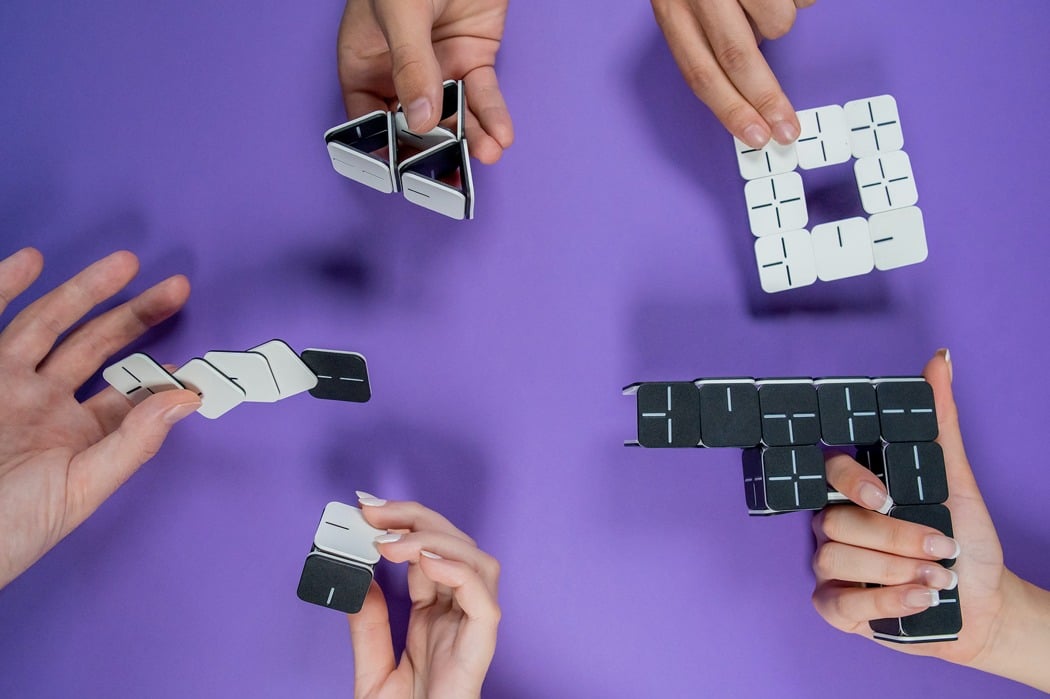 GEMJI is a portable tabletop game engine that gives you the freedom to play multiple games. Currently, it features over 30 games and 7 building models.

Games include original titles developed by the GEMJI team, educational games, and popular classic game adaptations. The mathematical possibilities in 2D and 3D give you plenty of room to create & publish your own games on the platform. 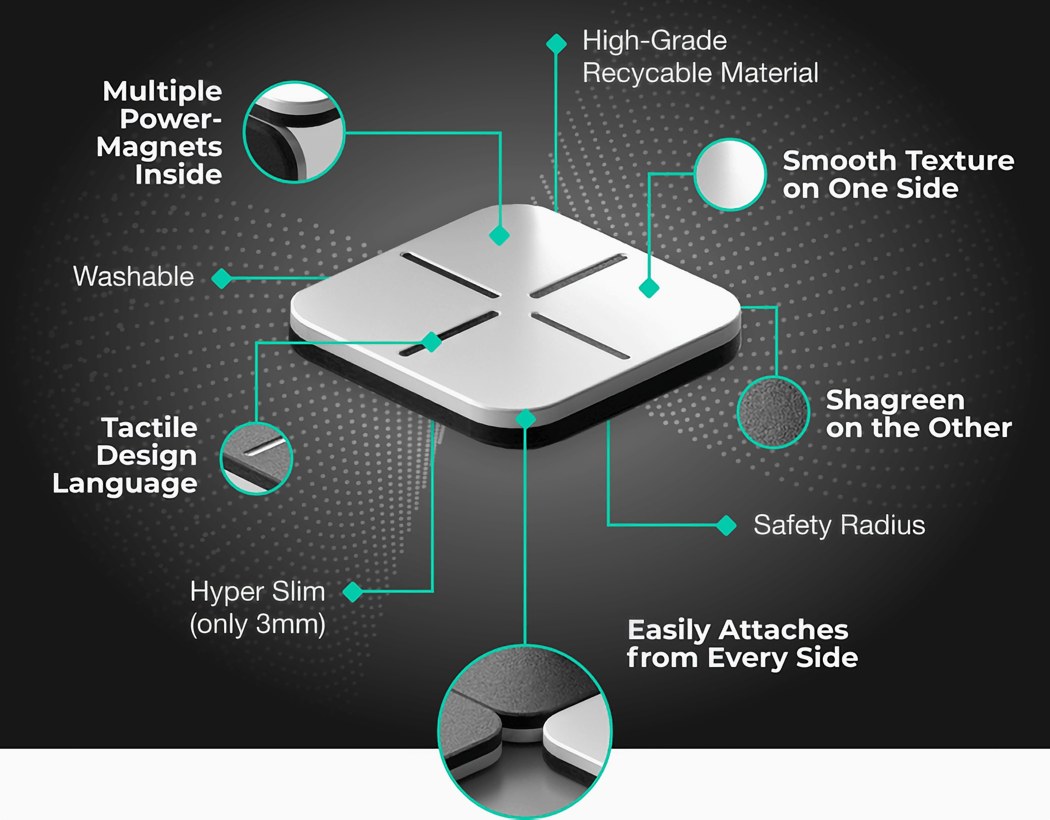 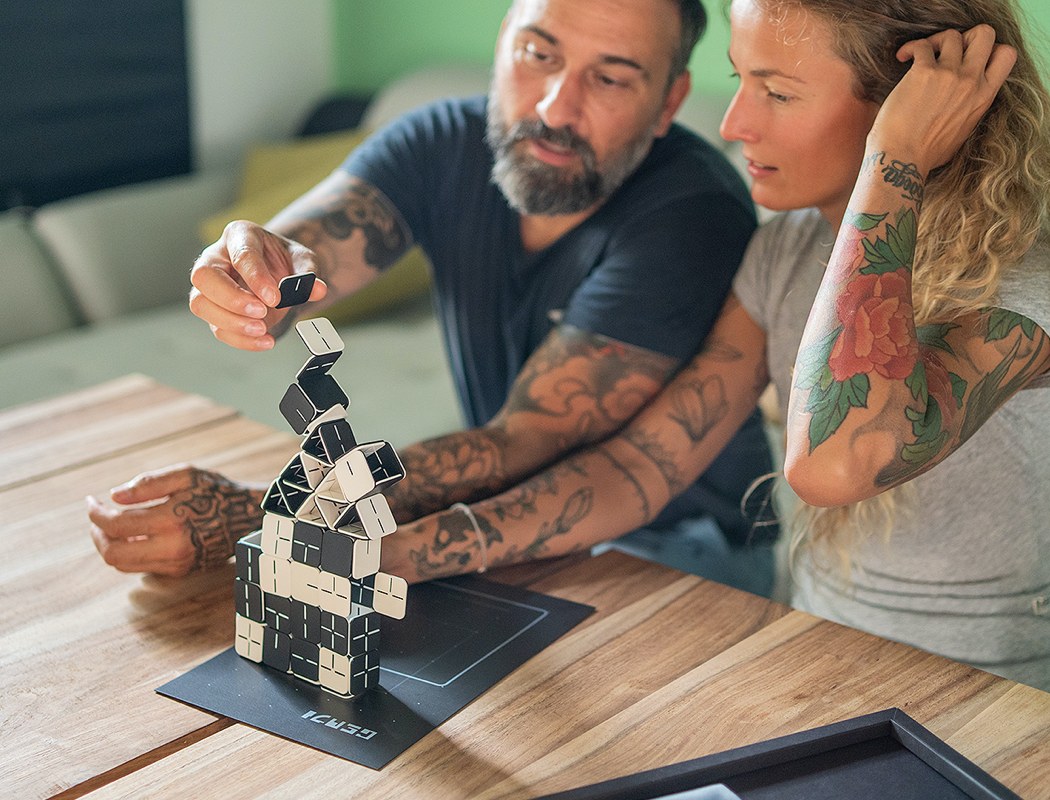 Decrease Time Spent on Devices – Easily reduce “the Black Mirror effect” for you and your family. 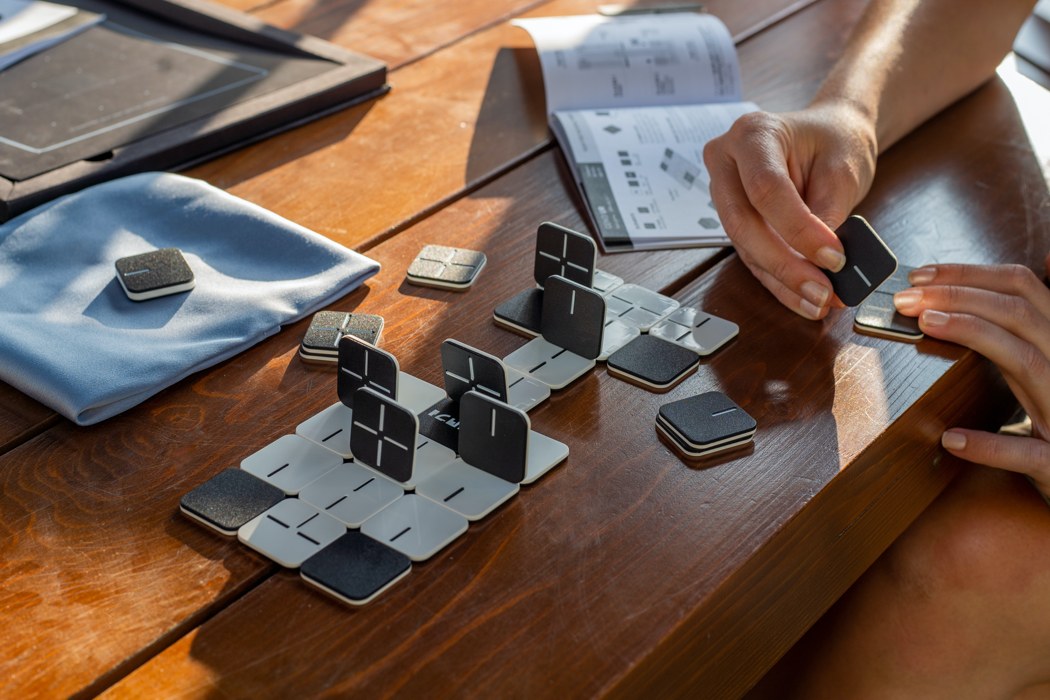 Portable and Lightweight – Prioritize traveling light and bring more fun on the way. 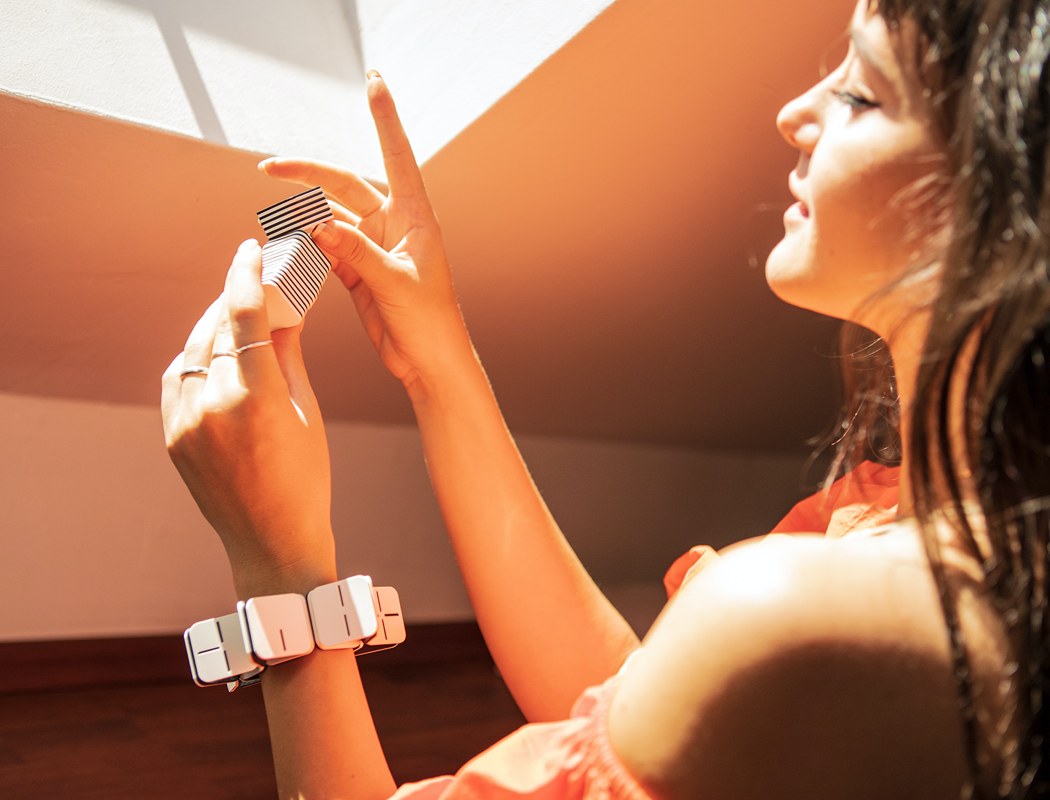 Personal Relaxation – Be more effective in your daily tasks and increase your mindfulness with GEMJI as a fidget. 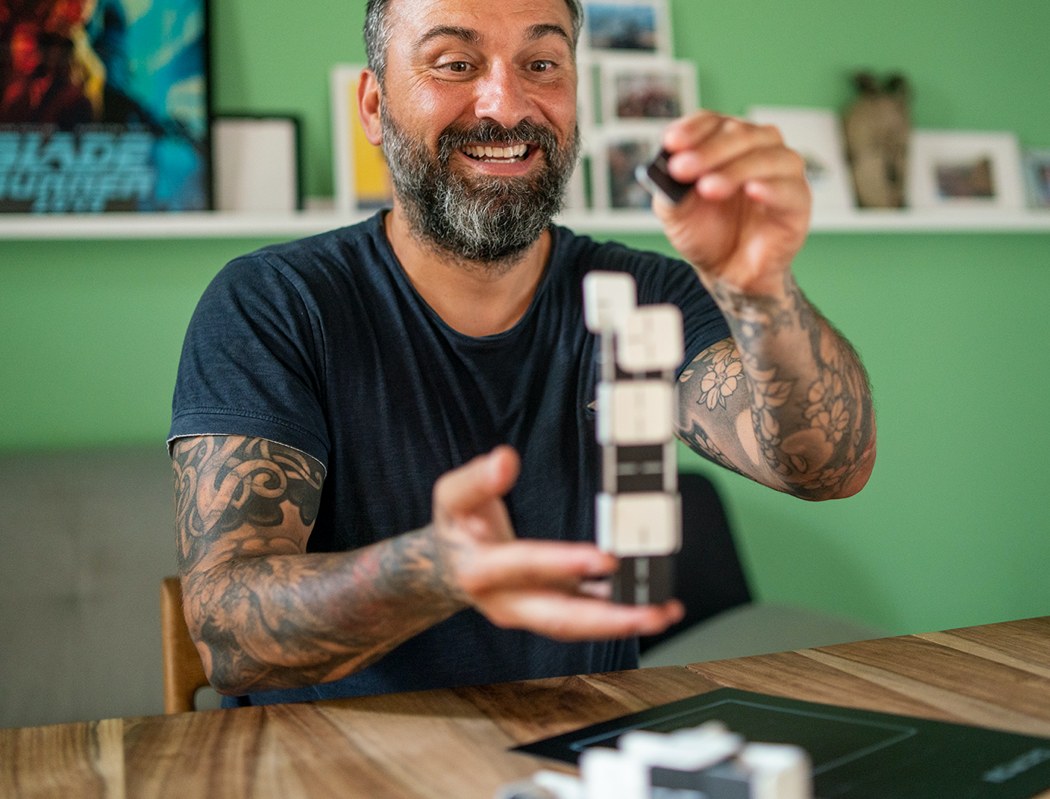 Creative Mode 24/7 – Quickly prototype a concept when the idea strikes you, and show it to your colleagues.

Games That Can Be Played 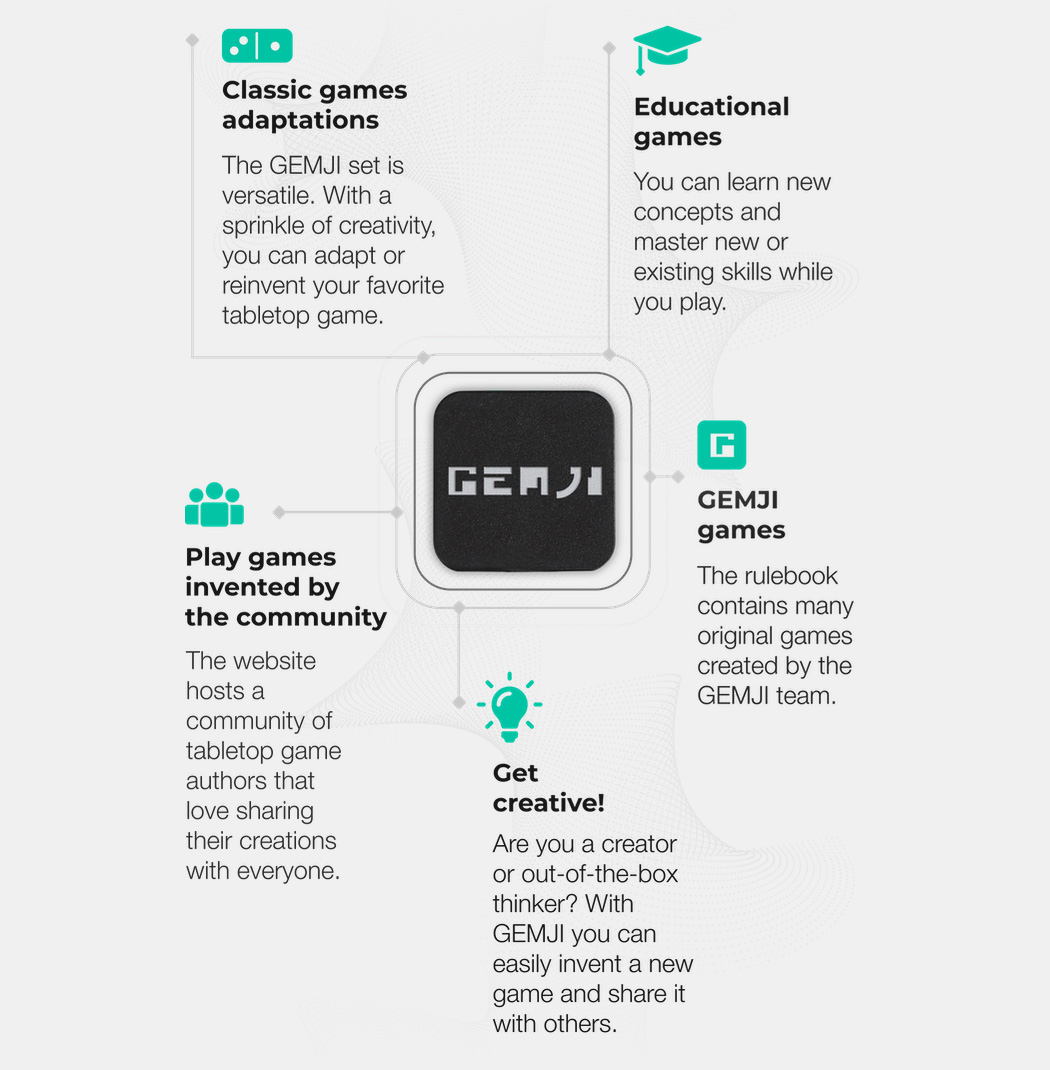 The modular nature of the system allows a huge variety of games. With a sprinkle of creativity, you can adapt or reinvent classical games, learn new concepts, master new skills, or play by your own rules and share your games with the GEMJI Community. 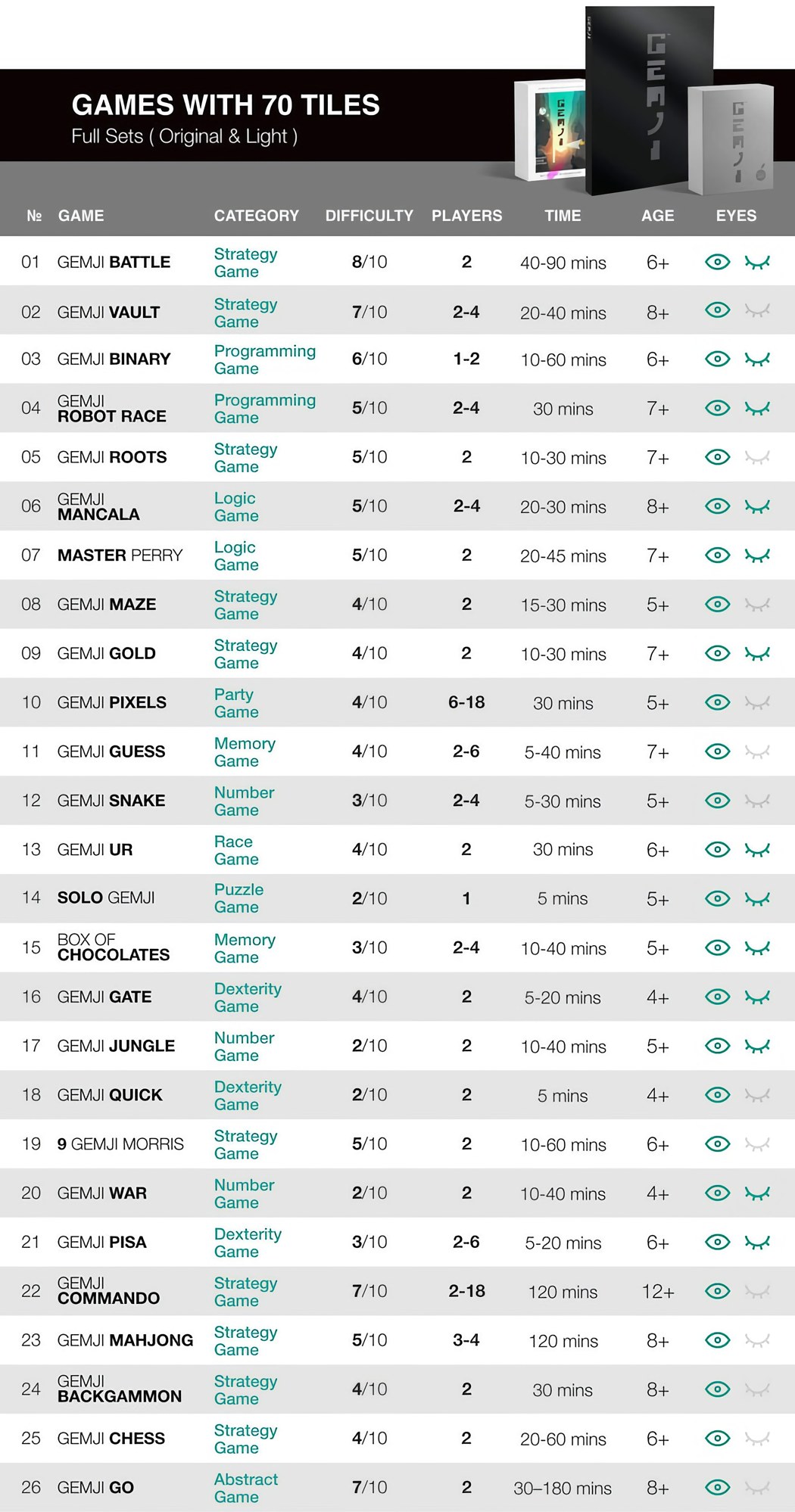 GEMJI Gate: Use dexterity and swiftness to score points in the opponent’s field, while preventing them from scoring in your own field.

GEMJI Maze: Challenge your friend to a strategy game, calculate your moves better, outsmart and block your opponent in creative ways, and be the first to escape the maze!

GEMJI Jungle: Find your way through the jungle to the end of the board, but be careful – your opponent takes the same path. Figure out how to outwit them!

Wherever, whenever or with whoever you are, there is a new game waiting for you on the platform. Create a new habit and visit our website regularly to check the updated list of games. 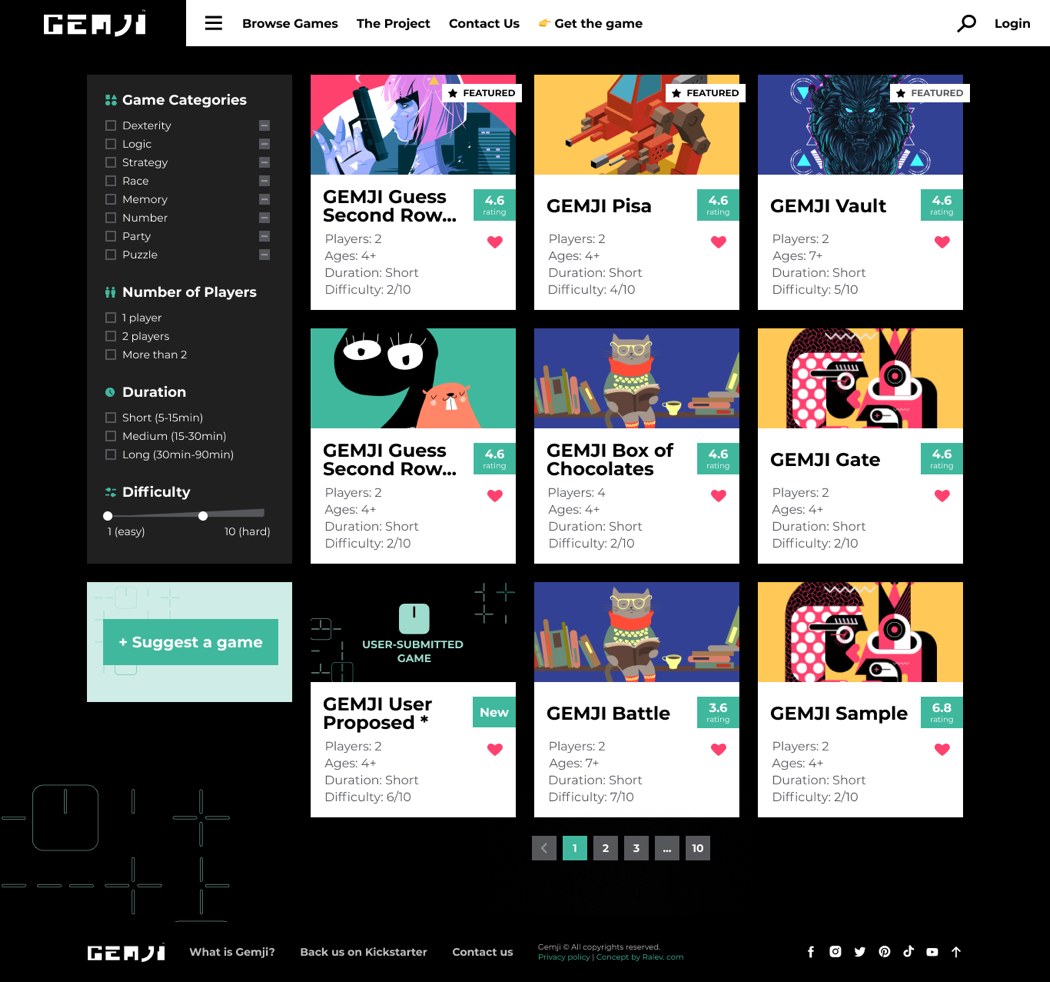 It’s really difficult to imagine what definite post-apocalyptic scenario the ARMORTRUCK concept was designed for because truth be told, it looks like the kind of vehicle…

The Fascinating Legacy of the 2010 TUDOR Heritage Chrono Watch

If it’s not the celestial bodies, man has depended on earthly resources (sand-clock) to keep an account of the precious moments that tick away. With age…

Is it pronounced Wide, or Widd? It’s the GIF/JIF story all over again, but all the name related speculation aside, the Whyd is a pretty cool…

I am still coming to grips with cloud computing and storing all my data online, however this seems to be the direction the tech-world is taking…