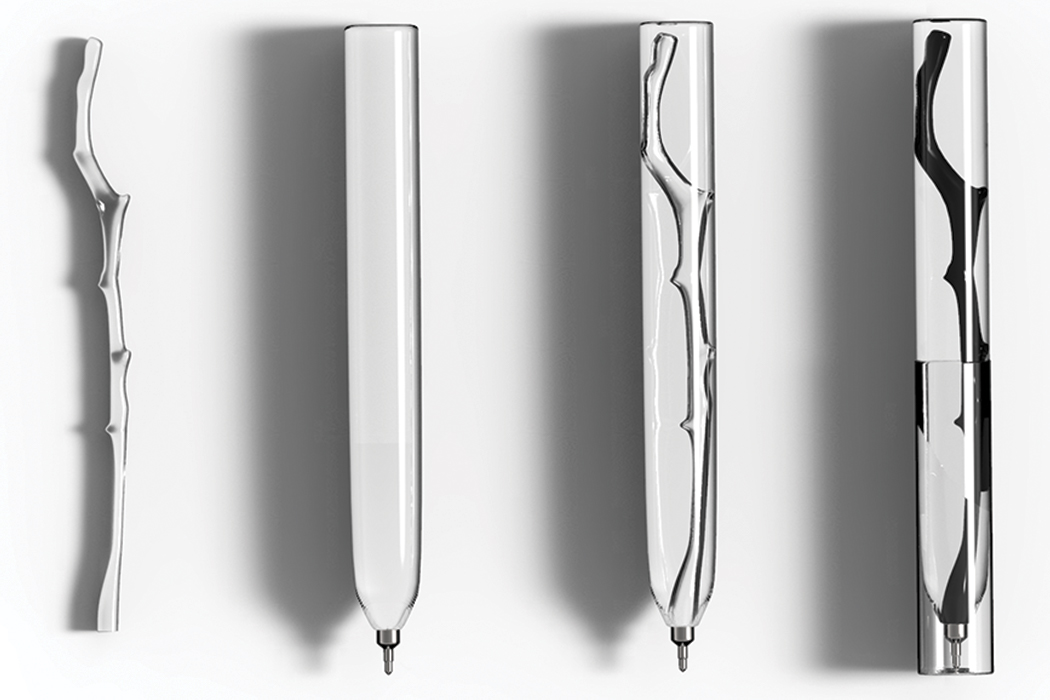 When it comes to stationery, it often seems that demand overshadows artistry. Noisy, plastic pouches lined with ten or more plastic pens fill the bags of shoppers who just need something to write. That’s why Geonwoo Kim conceptualized the IceN pen. Specifically for pen-users who tend towards plastic, wasteful writing tools, the IceN reimagines an ecological alternative. Before putting pen to paper, Kim took and studied photographs of tree branches frozen over with ice in order to conceptualize the pen’s design authentically and to send home his dedication to conservation. In many ways, this pen represents a marriage between environmental consciousness and the human pursuit for reusability. This design makes sense of human waste by returning to nature. This sentiment is emphasized with Kim’s remark, “I wanted to show that there is still beauty inside the empty, transparent pen.”

While the icy pen is still in its design stages, Geonwoo Kim plans on the manufactured product being made up of resin and ink. By meticulously constructing the pen in harmony with mother nature, the final design comprises a work of art that’ll be sure to take up prime real estate in either your home office or pencil case. Unlike other transparent pens, you won’t want to throw this one away. But of course, ink runs out. As this stationery design hasn’t reached its production stage, the question of refilling the pen lingers. One possibility, echoing nature’s inimitability, would be to 3D print refills, so that each resulting ‘branch’ inside the pen is unique. Lost wax molding, centering a hollowed out ‘branch’ in transparent resin to then fill in with ink, could be an efficient and successful choice as well. With a few possibilities considered, the prospective solution will likely reflect Kim’s environmental commitment.

The beginnings of Geonwoo Kim’s pen design literally symbolizes a root and branch undertaking. The final visual design, in both its complexity and simplicity, is a visually pronounced declaration of environmental awareness. Geonwoo Kim realizes the contemplative connection between the written word and the beauty of nature. The possibilities of merging design with the natural world, or, “man-made nature,” as Kim refers to it, are unveiled with IceN’s artful ode to mother Earth, bringing with it, winter’s textured and fallen branches, crystalized forever in ice. 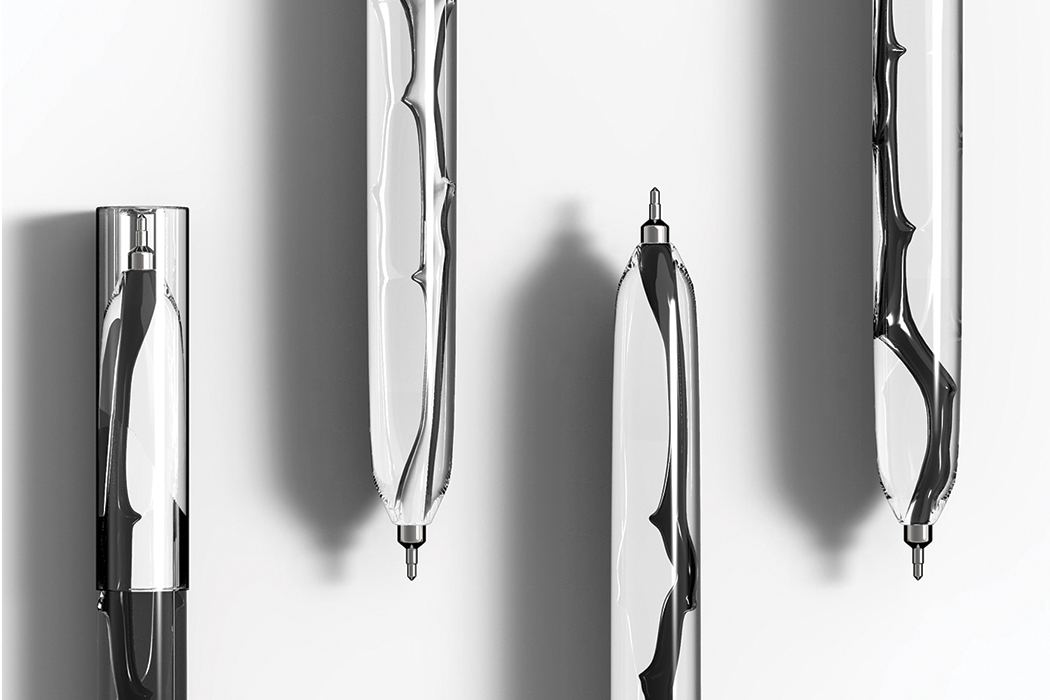 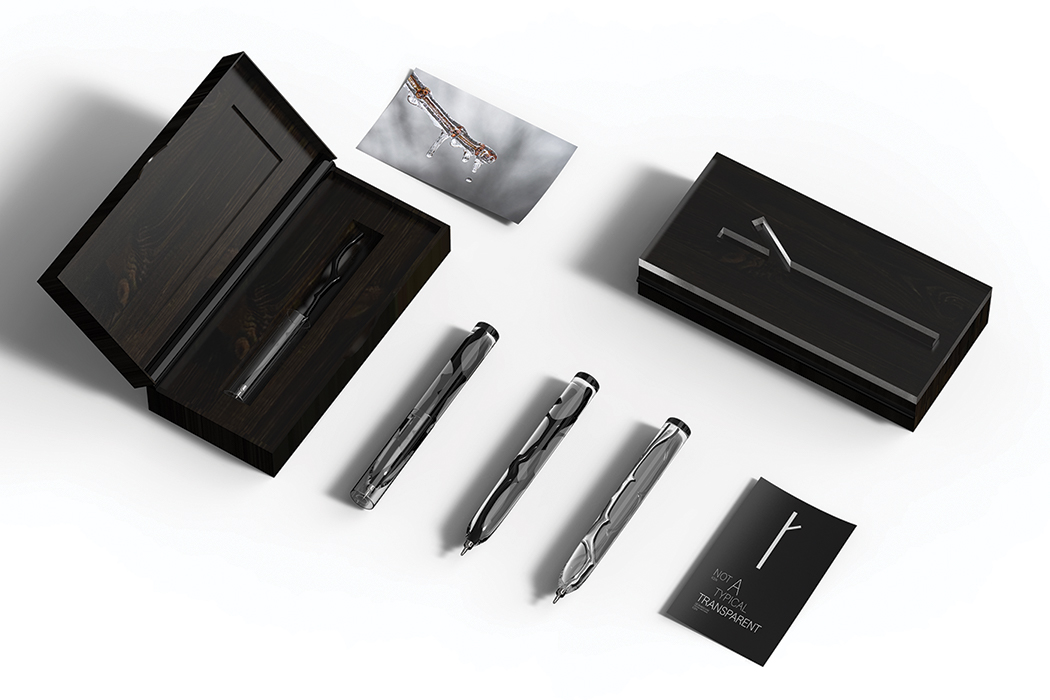 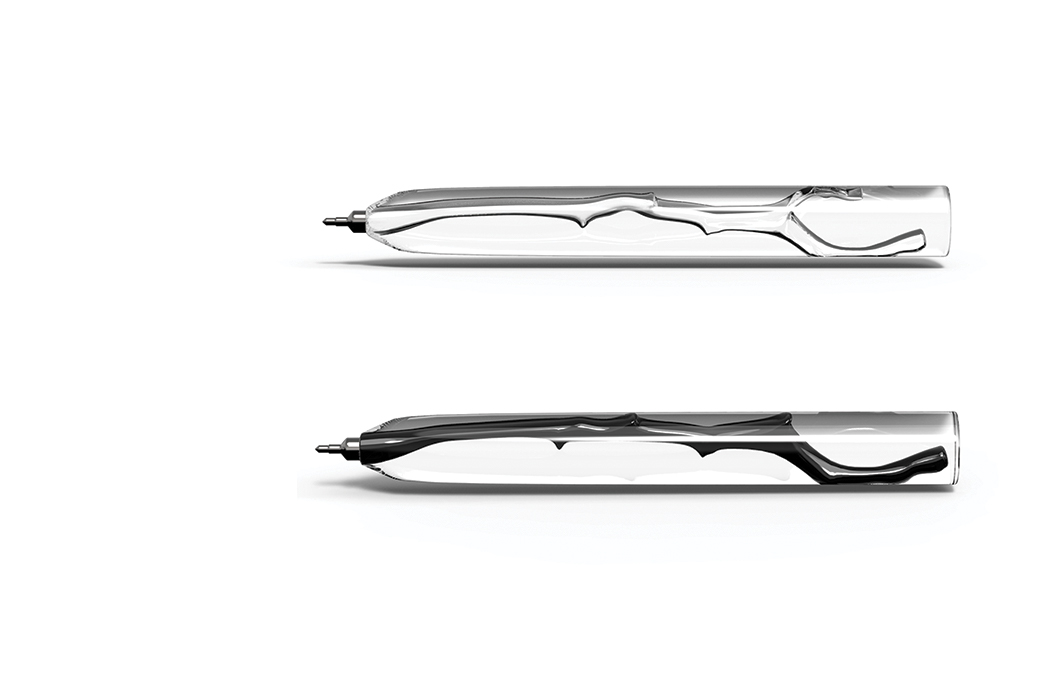 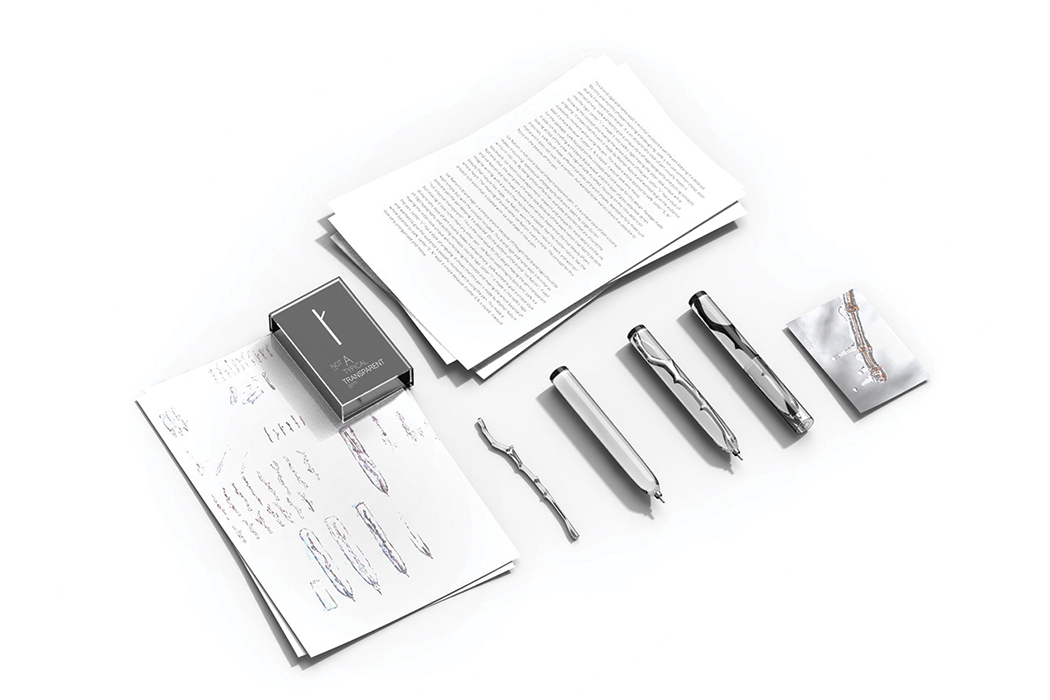 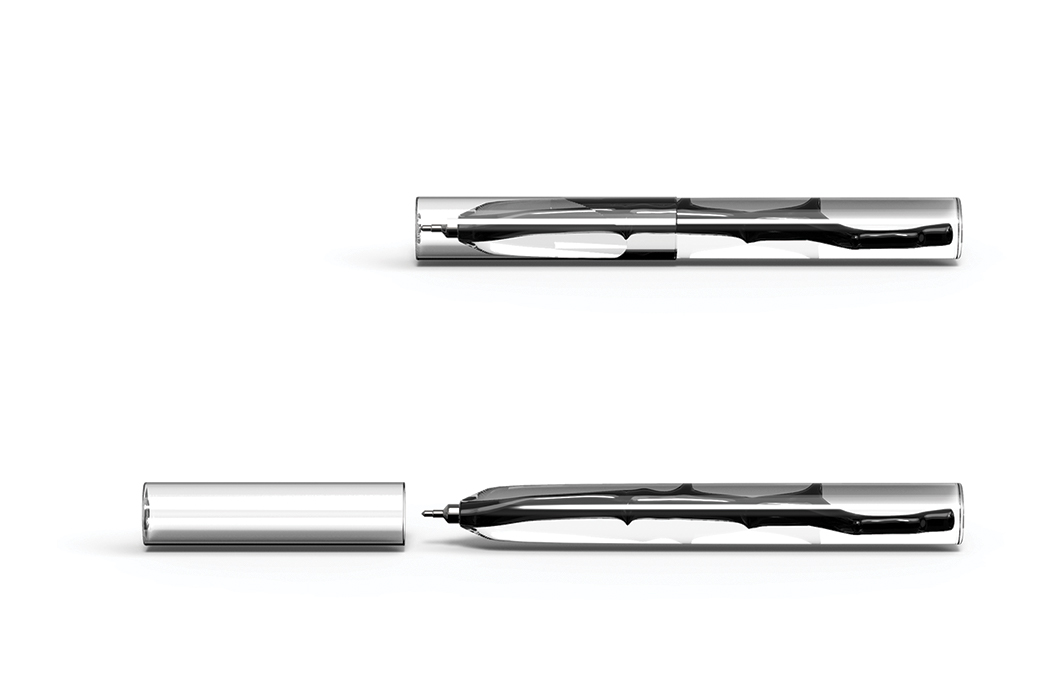 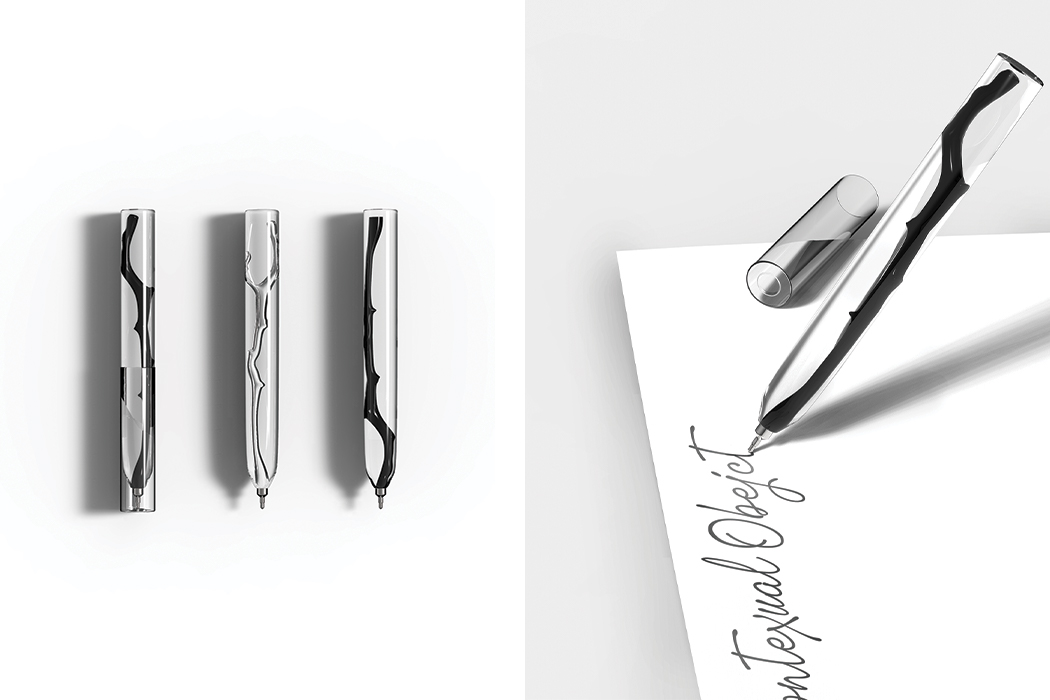 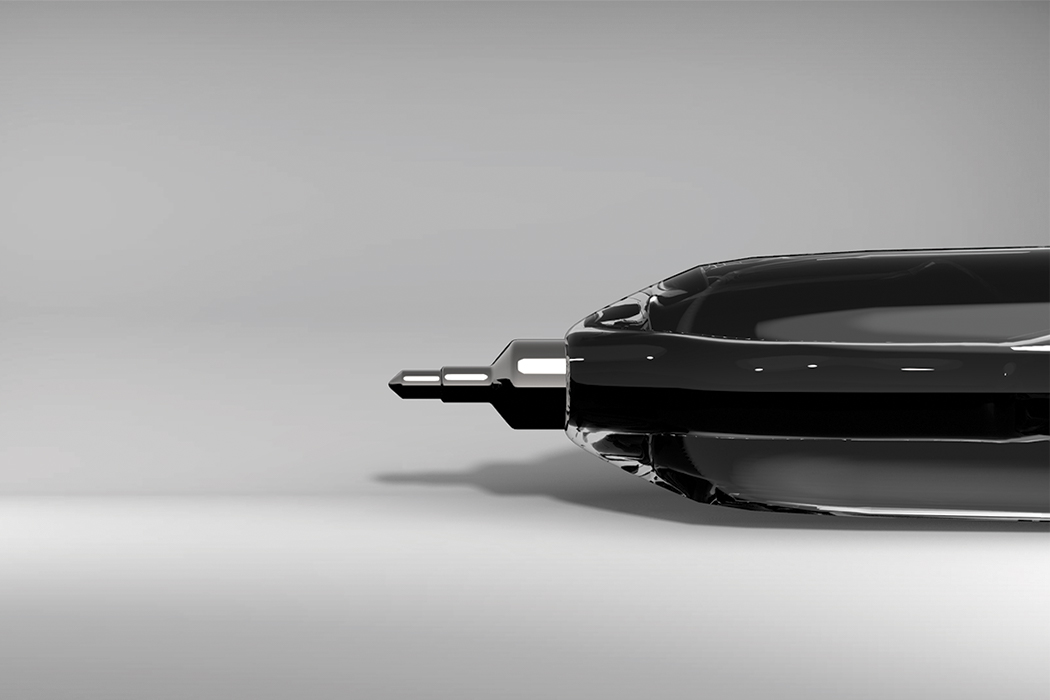 Designed for the elderly, but pretty much a fantastic idea for pretty much everyone, the Easy Switch isn’t just a clever idea, it has a…

Portability seems to be a very coincidental element of the Linden Travel Cutlery Set’s design. Minus the case, it looks like the kind of fine…

A Bowlful of light

There’s something serene and calming about Philips’ Hue Go light. It fits in the palm of your hand, is washed in white, and has this…

Urban Seating with a Twist