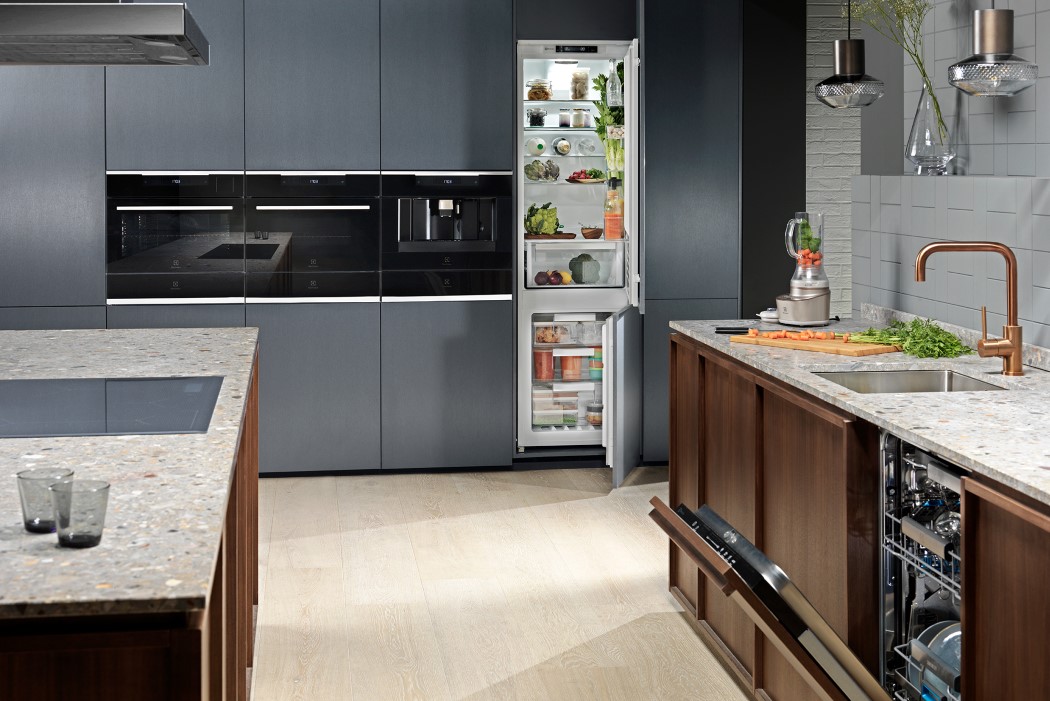 As we prepare to head down to Stockholm to see what Electrolux’s plans for our future homes and kitchens are, here’s what we know. Considered one of the biggest names in home appliances, Electrolux has, for long, had an approach that is best described as design-forward. As an organizer of the Electrolux Design Lab, a competition that encouraged innovative designers to help Electrolux envision the future of home technology, the company has always had an affinity for conceptual designs that push boundaries, resulting in products that have redefined categories. We got a look at how Electrolux redefined home and kitchen appliances with their showcase at IFA 2018 (under their German sub-brand AEG), with everything from ovens you could control with your voice, induction plates that could turn off when your food’s cooked, and some of the most incredible design details one could imagine in a refrigerator. 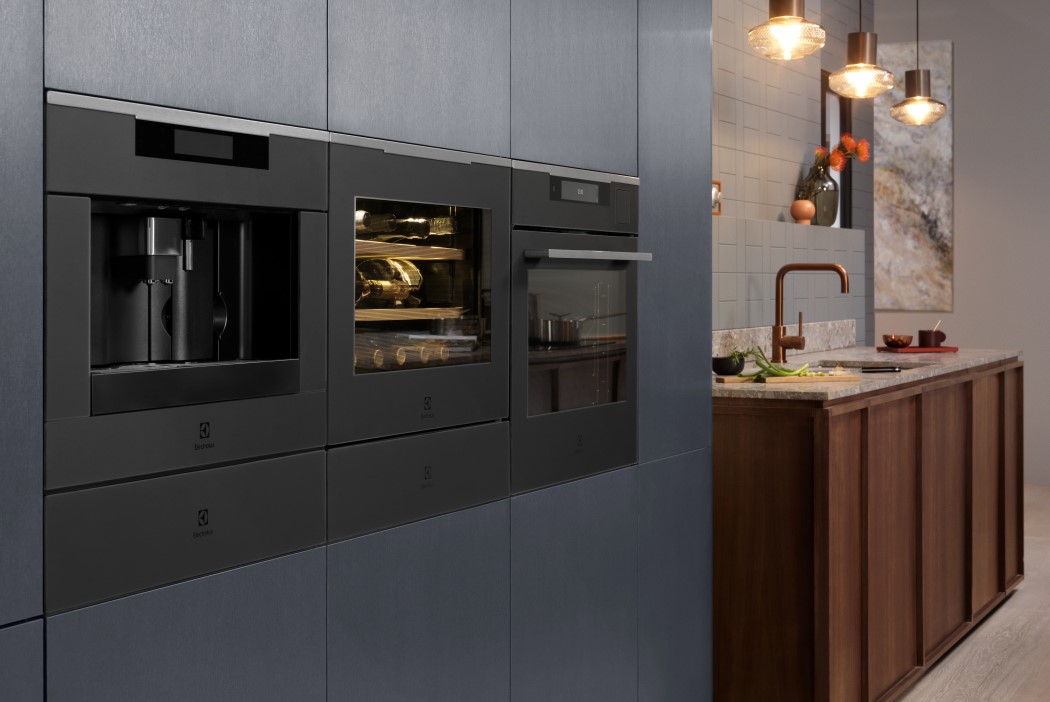 Electrolux’s 2019 showcase in Stockholm aims at solidifying its place in every house and kitchen, with products that combine remarkable tech with remarkable usability. Their Intuit range of kitchenware aims at bridging the gap between artificial intelligence and expert cooking. This bridge allows users to rely on AI to assist in meal preparation. The all-knowing AI helps with multitasking, knowing and optimizing cooking processes for taste, and even guiding the user through the process of meal preparation and cooking. Electrolux’s Intuit Range comprises a series of smart-kitchen appliances, featuring the SteamPro oven that’s capable of cooking with steam (an essential for baking soft, delicious bread) as well as performing sous-vide operations to sheer perfection. The oven is even designed to work with Google Assistant, allowing you to simply tell the oven to preheat itself before you use it. Voice commands allow the AI to perfectly execute tasks without having the user to interact with a complex, feature-filled interface. Electrolux’s CookView oven allows you to take your confectionery skills to the next level by remotely viewing what’s happening inside your oven using the oven’s inbuilt camera that lets you keep an eye on your food on a mobile device, even while not in the kitchen. 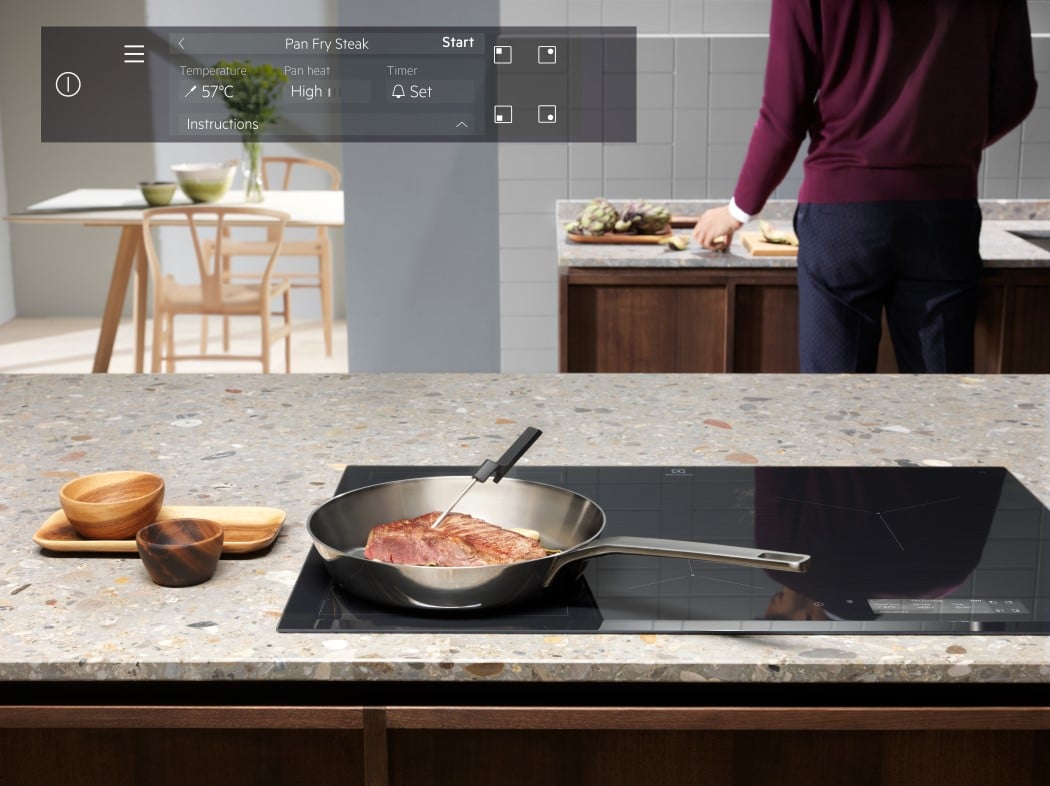 The SensePro induction hob also forms an integral part of Electrolux’s vision for the future, with a wireless food thermometer that actively tells the induction plate when to increase/decrease the temperature, or when to switch off the stove completely. Imagine never undercooking or overcooking your meat ever again, because the stove ‘keeps an eye on itself for you’. That’s exactly how smart the SensePro aims at being. 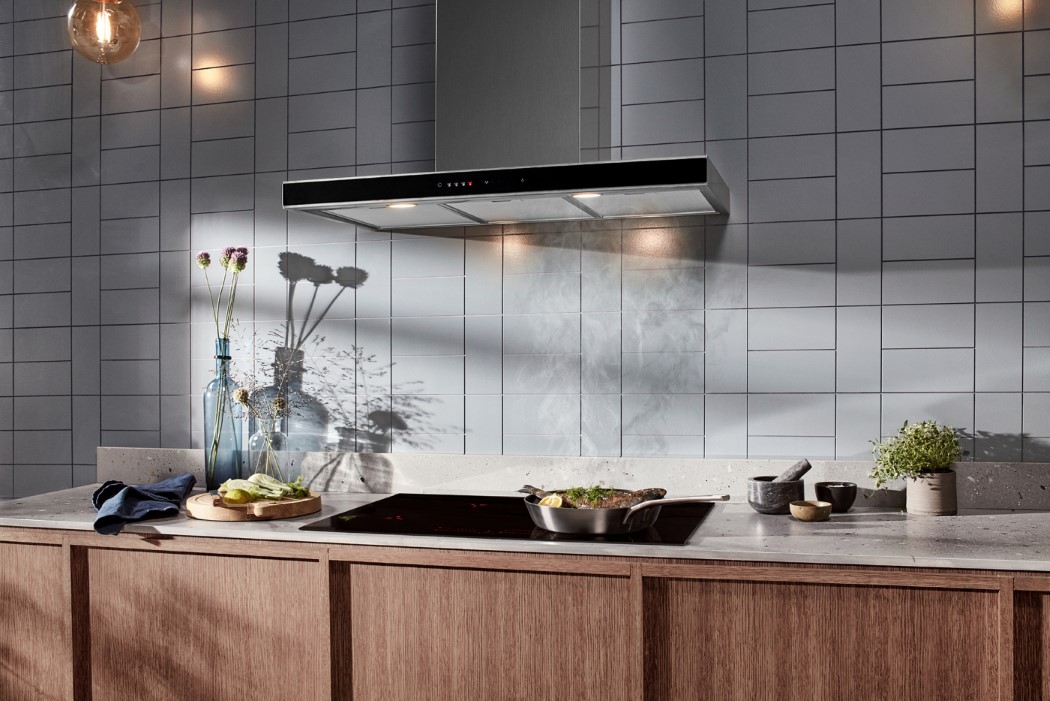 The SensePro induction plate even pairs with Electrolux’s Hob2Hood chimney that can intuitively switch on or off depending on what the induction hob tells it. The hob comes with a feature that allows it to distinguish between boiling, steaming, roasting, frying, grilling, and other tasks, giving it the ability to know when to power the hood and clear the kitchen of smoke or smell.

Forming an integral part of Electrolux’s intuitive kitchen is its refrigerator, resplendent with rotating shelves that make sure you don’t forget about stuff kept in the back of the fridge, along with modular containers to mount on the fridge’s door, detachable trays that you can carry to your kitchen counter, and the new UltraFresh+ fridge-freezer that keeps ingredients fresh for longer by offering smart temperature and humidity adjusting capabilities to preserve perishables for longer.

We’re especially excited to see the iF 2019 Award winning ComfortLift dishwasher, that sits on the ground level, but utilizes a clever mechanism to allow the door to open upwards, lifting the trays to an optimal height so you can load and unload the dishwasher without bending down. Using their technical prowess as well as their knack for problem-solving, Electrolux’s products are functional in many ways, offering ease-of-use as well as having a keen eye for small interaction problems that we’ve lived with for years, be it something as taxing as bending down to load or unload the dishwasher, or as critical as leaving the oven on for too long and burning your food to a crisp. We’re headed to Stockholm not to just see Electrolux’s latest products, but to actually use them too. I mean, who wouldn’t want to bake bread with their voice?! 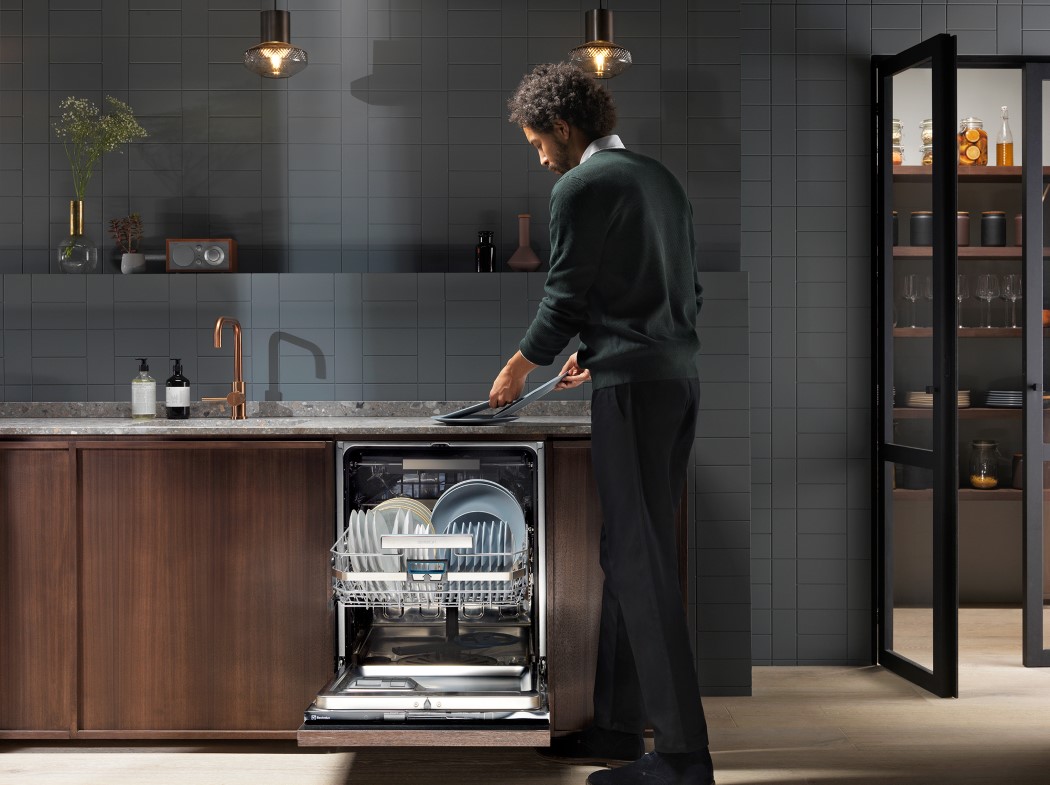 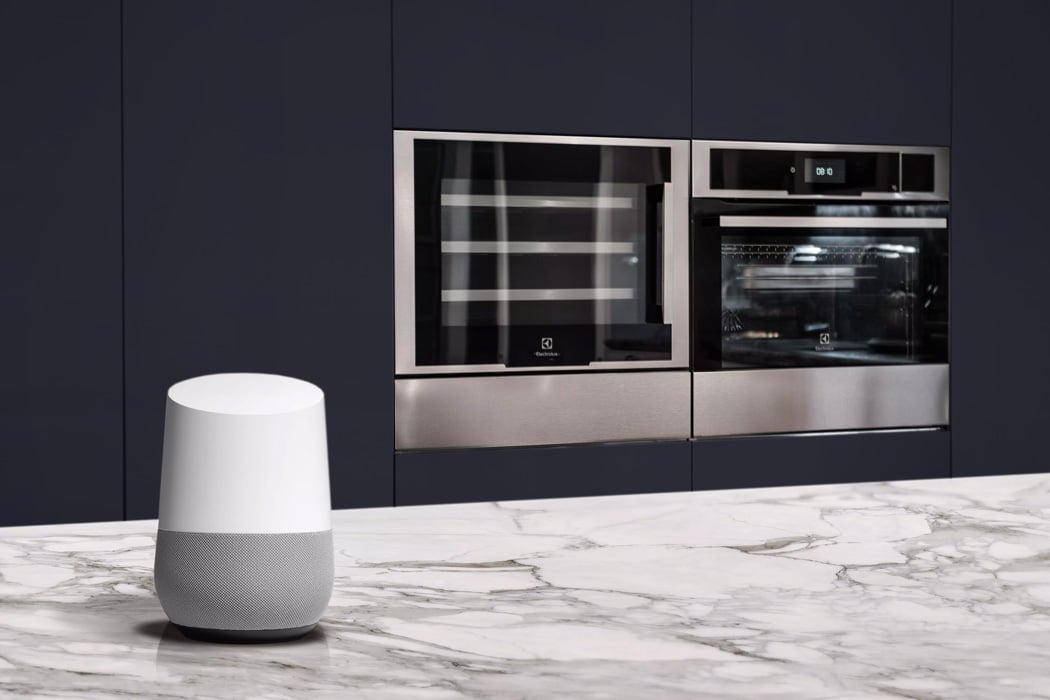 The storage of food is a market that designers have tackled a lot in the past, but none of the solutions have looked or worked…

Olive Max is like the AirPods Pro for the hearing-impaired, with a truly wireless design and enhanced listening

Expanding its range to now include the Olive Max, Nevada-based Olive Union is quickly becoming the Apple of hearing-disabled-specific tech. Often in the pursuit to…