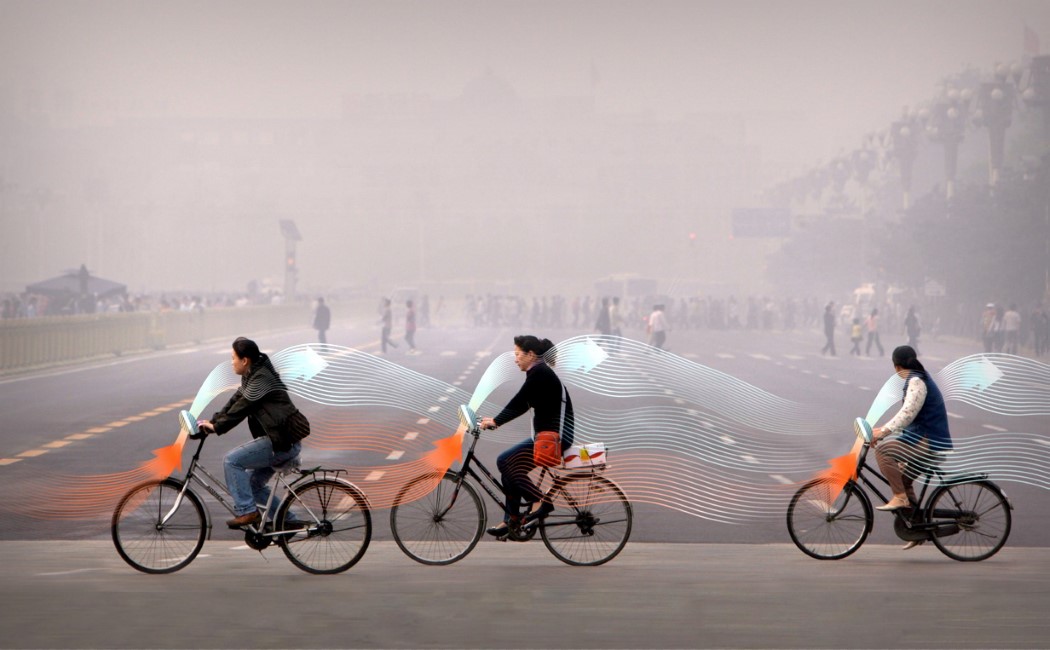 You’ve heard this phrase before. Save the planet, ride a bicycle. However, the thing with bicycles is that they don’t minimize pollution. They minimize further pollution by not creating any. But the bikes designed for the Smog Free Project actually decrease pollutants in the air. A device mounted on the handlebars sucks dirty air in from the front, and launches clean, smog/toxin-free air from the back, not just for the rider to breathe, but to slowly and surely cleanse the skies.

Designed by Daan Roosegaarde and his collective, Studio Roosegaarde and supported by the Chinese Central Government, the Smog Free Project kicked off in China as an undertaking to relieve the country’s densely populated cities of their smog problem. Multiple state-of-the-art Smog Free Towers are popping up at strategic locations in the city, actively sucking air in to purify it and release clean air out. While these towers stay at fixed locations, Roosegaarde envisions that bikers tasked with cleaning the city using the Smog-sucking bicycles could cover a much larger area much faster. Smog collected over time (as seen in pictures below) will be turned into jewelry for people to purchase and wear as trophies, trophies that prove that the air they breathe is now cleaner than ever! 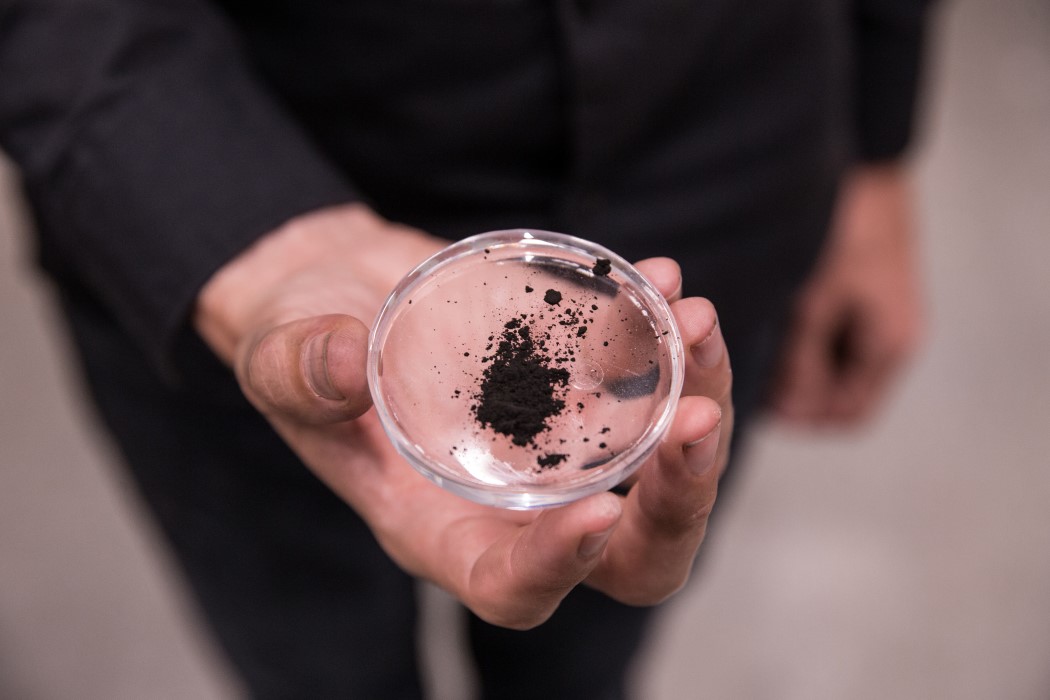 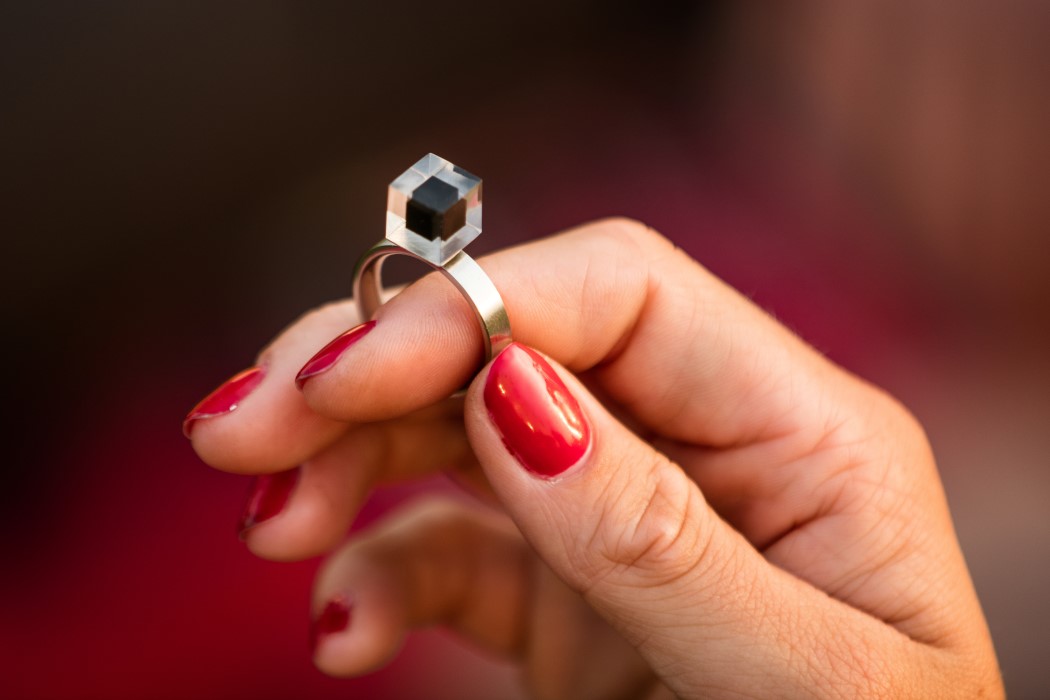 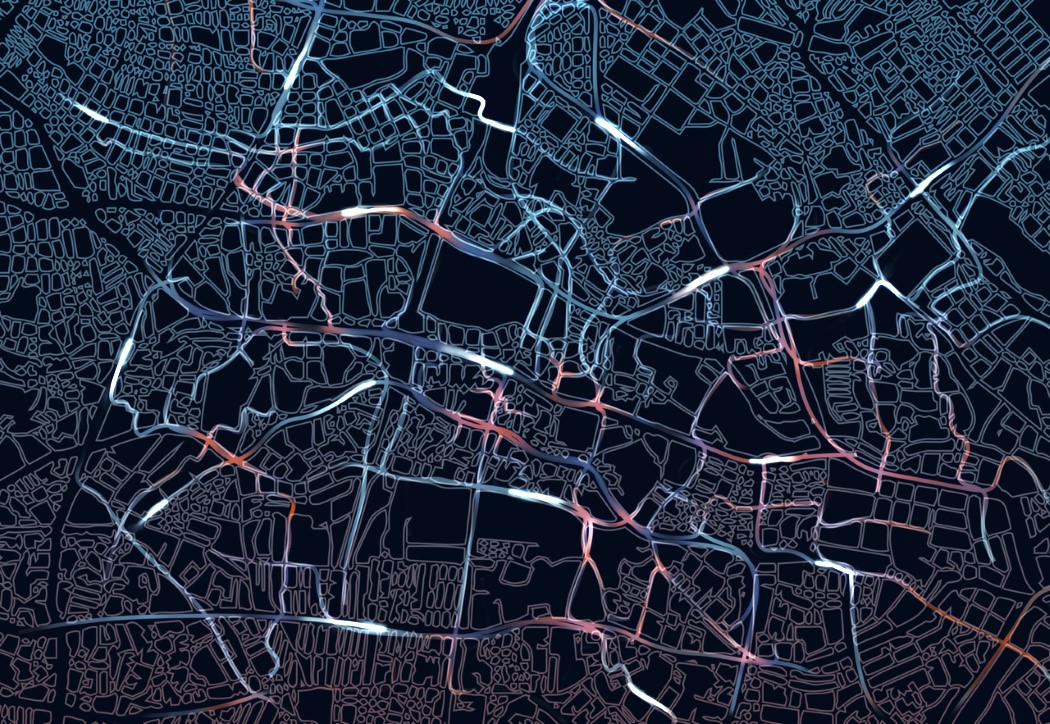 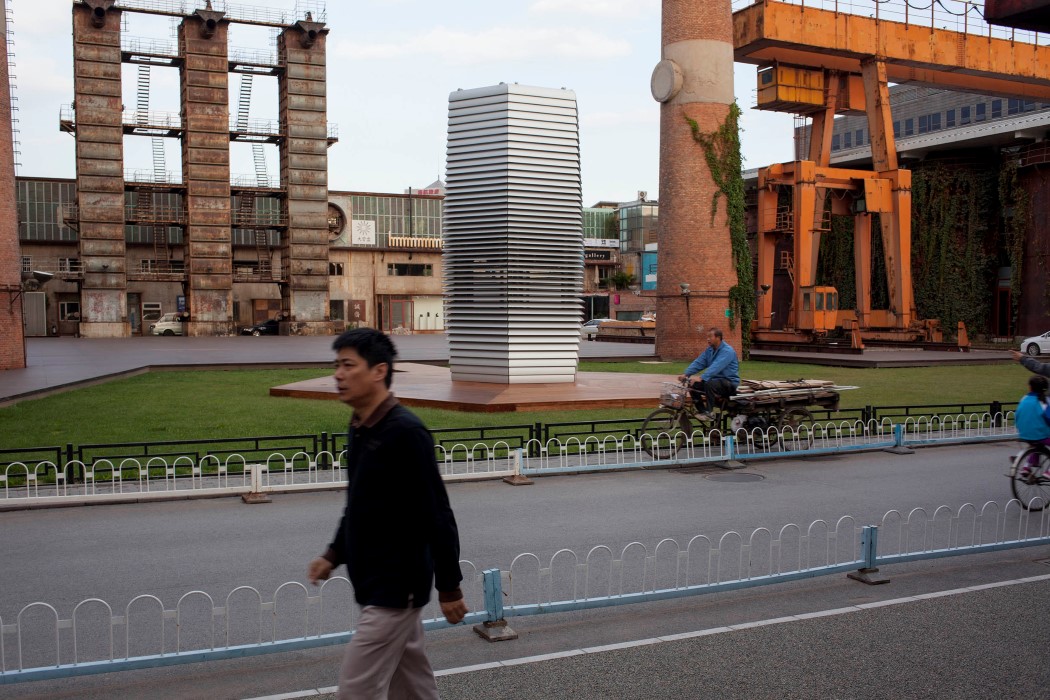 Around, the latest addition to the Muuto furniture collection, is a minimal yet durable (and of course round!) coffee table series that is sure to…

This futuristic hoodie is weather adaptive, abrasion-proof, and comes with a set of modular accessories

Why carry a backpack on your shoulders when you could just snap a bag to your hoodie? The Ultra Hoodie quite literally does that, with…