The idea for Gamerox was conceived by designer Tim Briggs after watching his younger cousin moving constantly while sitting playing computer games. The idea became Tim’s Industrial Design major project and earned him a first class honours degree from the National College of Art and Design in Dublin. After finishing college Tim met with seasoned designer and entrepreneur Brendan Farrell, who immediately understood and shared his vision for the new game chair concept. They agreed to collaborate together in the development of a new design and to create a new business. In early 2008, with some well needed venture capital from David Crawford the idea became a reality and the company 4WE3 Innovations Limited was established.

This is technically a concept that’s ready to go into production. The company says they’re looking to hit retail sometime next year. In the meantime, we’ll try to get one in for review and even tho I’m no kid, that seat looks plenty wide enough for my big adult arse. 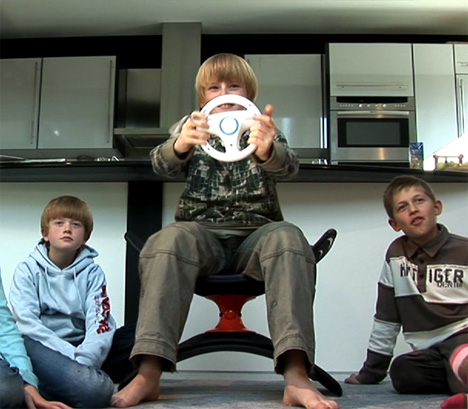 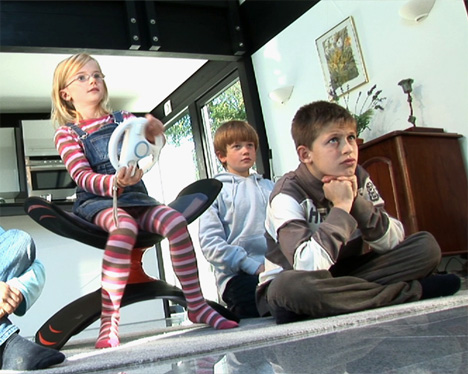 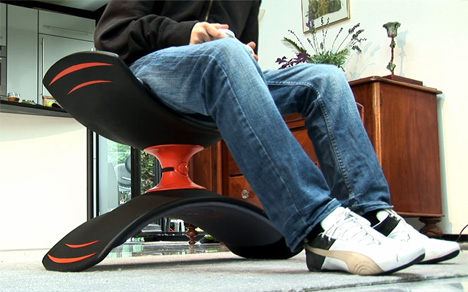 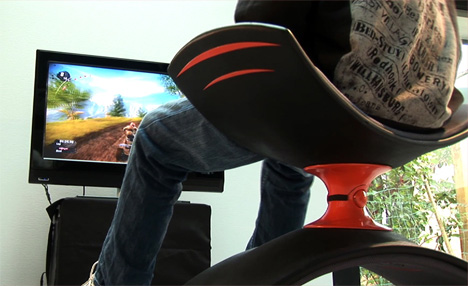 Deconstructed Footwear of the Future

The latest from Monterrey-based SHIFT design studio, the “F1” marks the designers’ first signature sneaker silhouette. Not to compare immediately, but it’s aesthetically akin to…

Framer Concept Camera is an easy to use digital camera that makes picture-take a less stressful job. Forefingers and thumbs have often been used as…

Make yourself some Darth-jeeling tea!

How does Vader like his tea? Burning hot! Although he doesn’t complain if it’s Luke-warm either… The Fowndry’s hilarious, quirky kettle pays tribute to one…