Albert Einstein once said “The only reason for time is so that everything doesn’t happen at once.” Tell that to designer John Pszeniczny, he thinks time could use a turbo boost and has designed the fastest watch on Earth dubbed “F1/Carbon GMT”. Inspired by the F1 race car world and constructed of carbon fiber, Swarovski crystal, rubber and metal, this timepiece has 18 identical rubies and tells the time in everyone of the 18 cities on the 2008 F1 circuit. With a built in lap timer function and a stopwatch, time will seem to stand still as it races by at relative speed…which is 42. 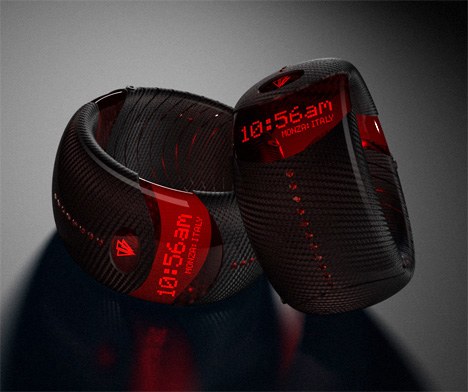 This multifunctional cat chair design doubles as a coffee table and keeps your cat off the couch!

Joyn is an open system that embraces the diversity of the workplace and encourages communication between people, networking, and interaction by breaking down the physical…