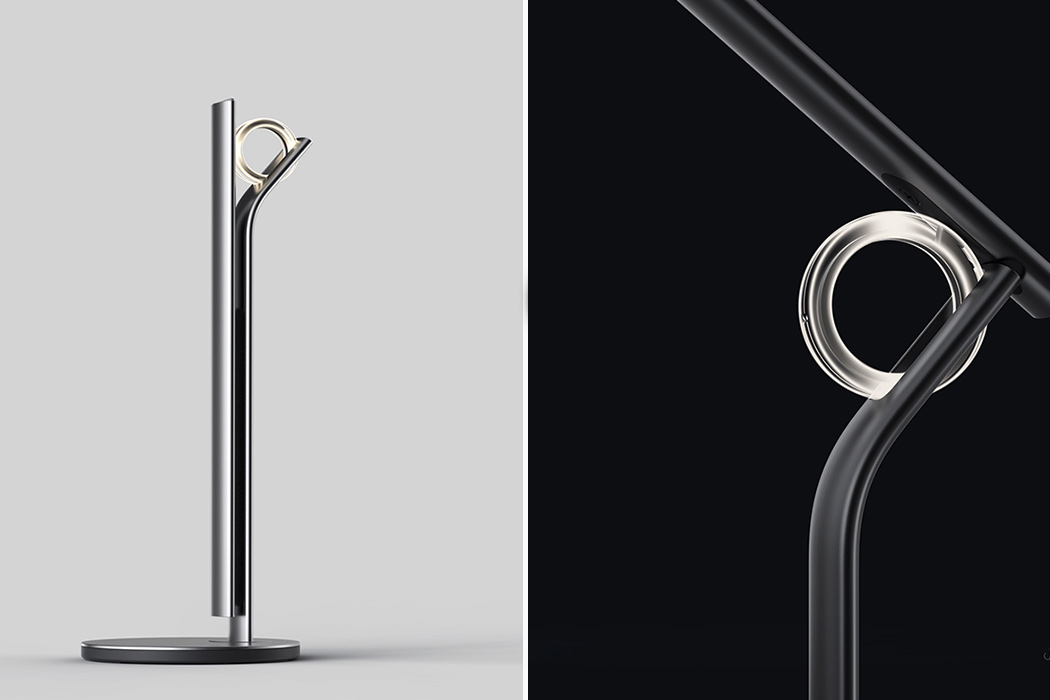 While the moon might not provide so strong a brightness in contrast to the sun, the Moon has a way of reintroducing us to tranquility, the concept behind the new desk lamp – Moon Light. The delicate, folding desk lamp softly illuminates any room it’s in with a dual-tone light reminiscent of the Moon’s glow. The lamp is as functional as it is artful; folded, the lamp might evoke images of the Moon hanging just above a tree. Speaking to the desk lamp’s practicality and artfulness, the lamp effuses each room with the mellow, but illuminating glow we so often seek from the Moon.

Based in Hangzhou, China, Wenjie Zheng conceptualized the lamp by marrying technology with poetry. Upon first glance, the lamp is attractively uncomplicated and, simply, gets the job done. While pragmatism and application matter, Moon Light has so much to offer that exceeds its simplistic appearance. The lamp is essentially made of up three main parts: two long flutes and a toroidal ring. A closer look reveals that the linear flute hinges at the lamp’s ring, its focal point. The linear flute functions as the lamp’s primary source of light and can stretch out to a maximum of 145 degrees from the lamp’s center. The lamp’s design prioritizes optical prism lighting, which means that the glass is cut in such a way that naturally reflects and bends light, which exemplifies Zheng’s dedication to reproducing the feeling and illumination that’s generally associated with moonlight.

Moon Light’s main appeal is the toroidal ring that represents the lunar satellite and centerpiece of the design. The ring light offers auxiliary light, akin to the kind the Moon offers, which is ideal for younger children to use as a night light. Auxiliary and optical prism lighting distinctly enhances this design as its purpose is not to provide bright light, similar to that which comes from the sun, but to instead reproduce the tranquil glow of the Moon whether for yourself and that book you bring to bed or for a younger child who always seems to sleeps a bit better whenever the Moon gets to hang around. Best of all, this night light brings you the tranquility needed to clear your brain and get you that good night’s sleep. 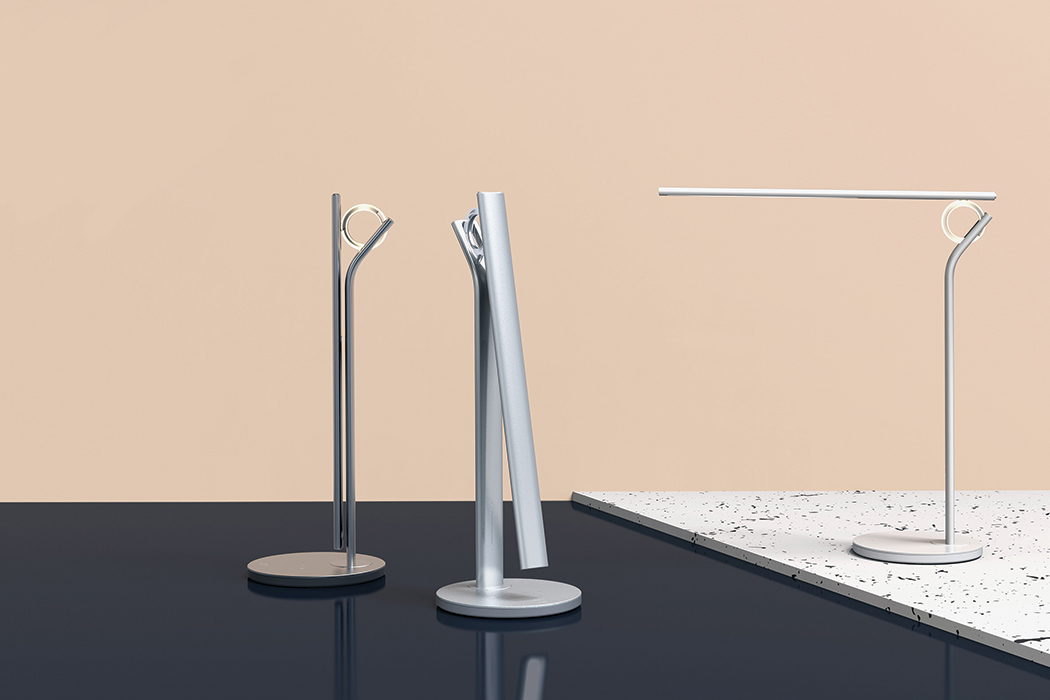 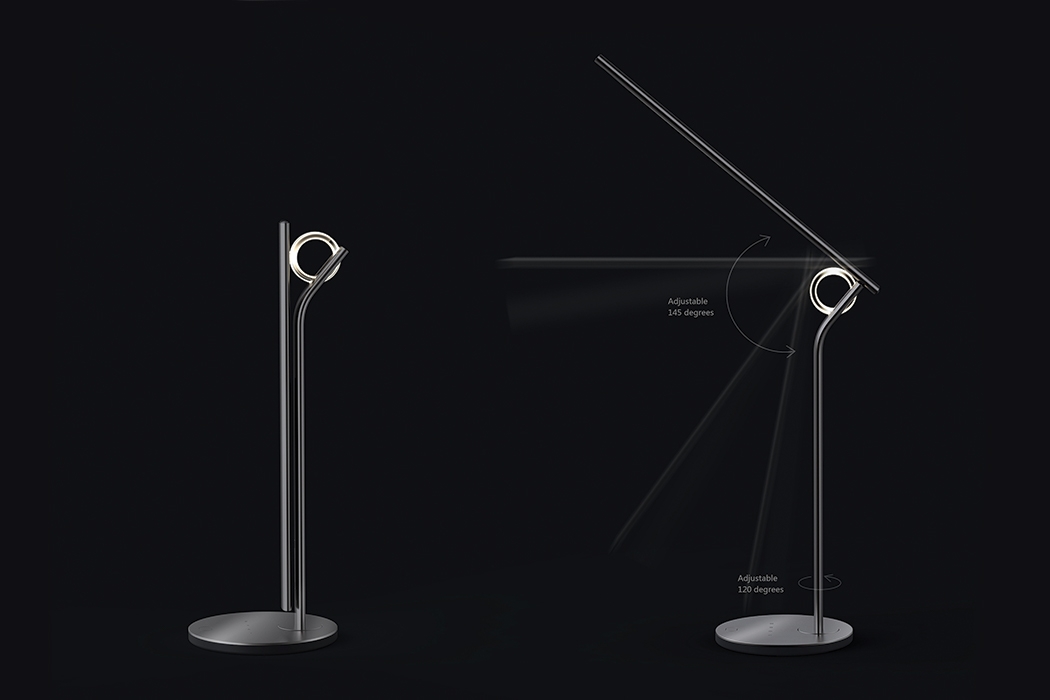 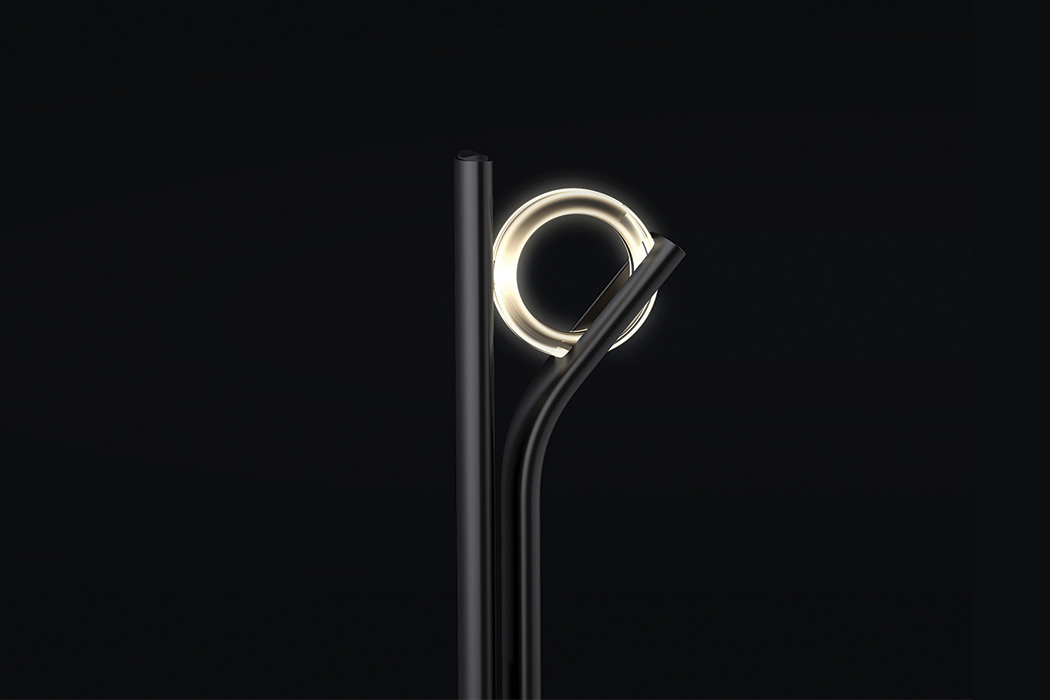 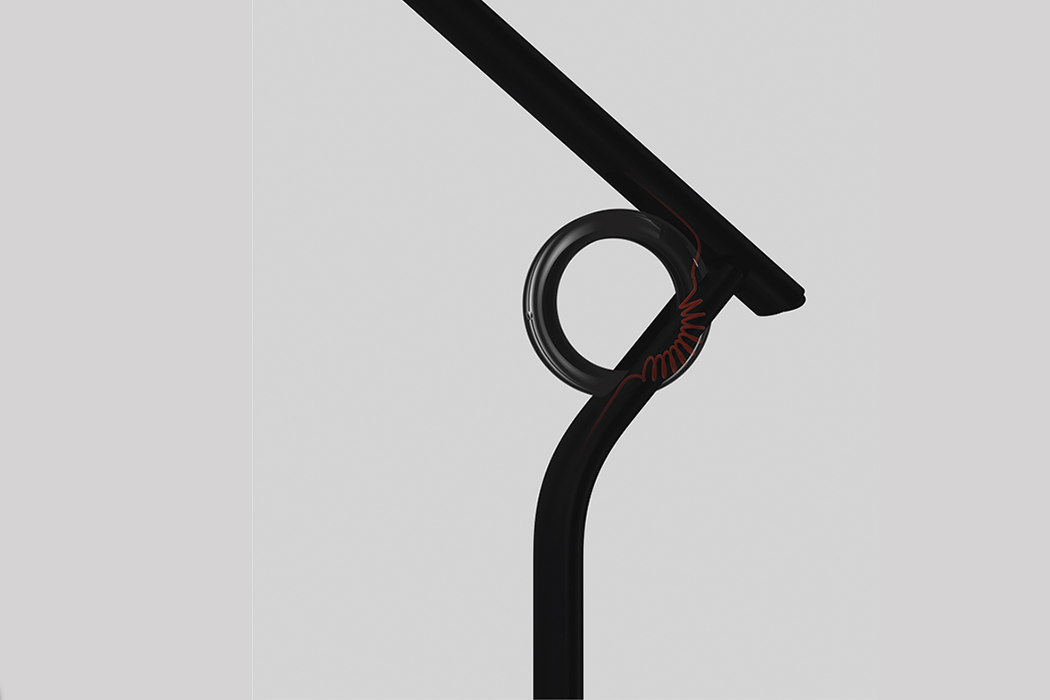 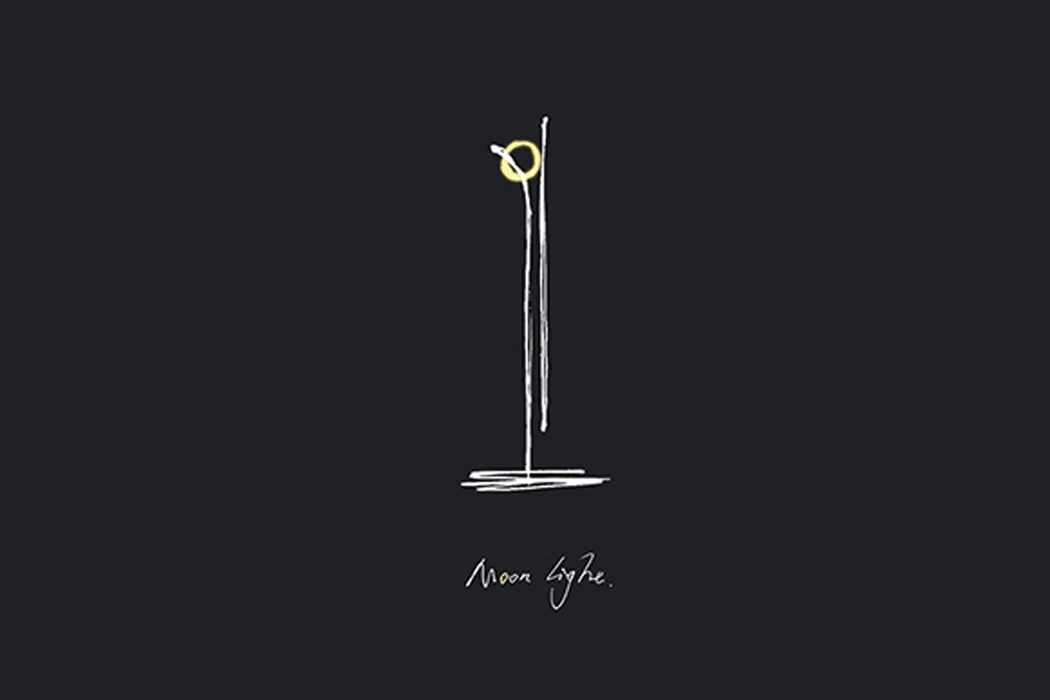 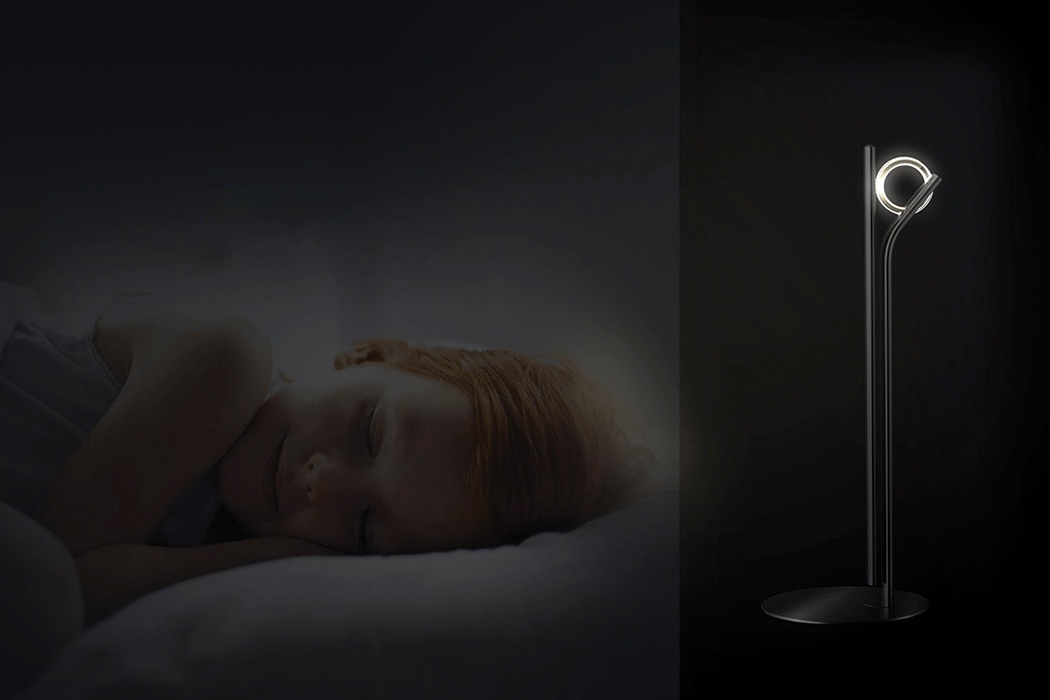 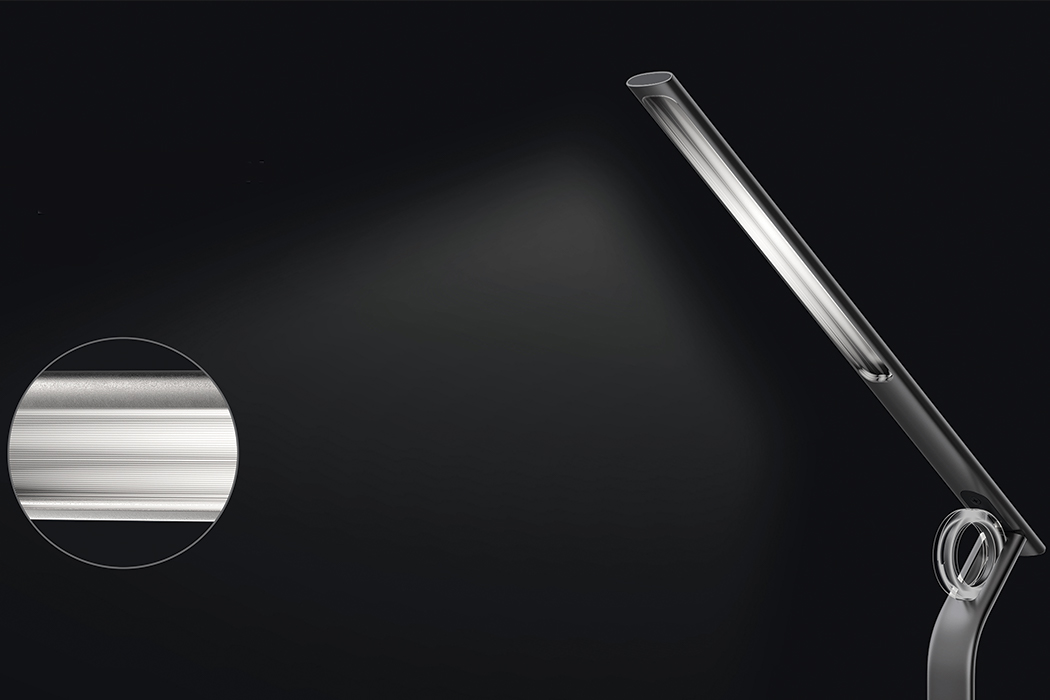 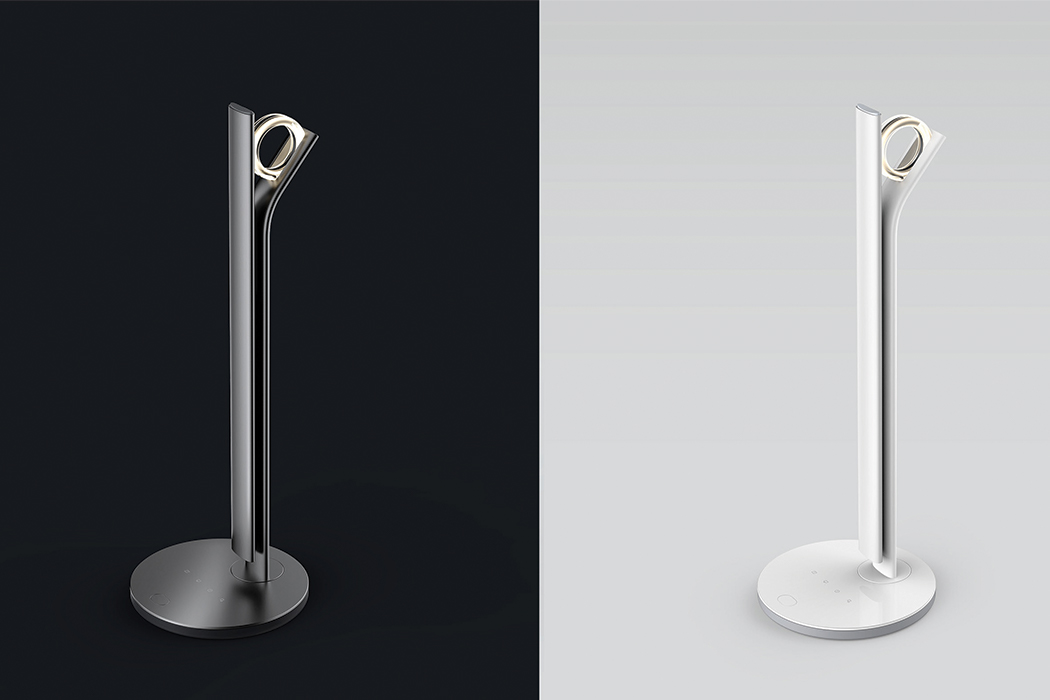 Good design is as little design as possible, says the design stalwart Dieter Rams. The Light Bookmark goes to show that sometimes the idea takes…

Its twisting octagonal cross-section isn’t merely an aesthetic design detail, but is rather indicative of how versatile the projector is. Unveiled today at Acer’s product…

Never follow a snake without a big bump in the middle. Take the initiative and train yourself to understand the safeness of the light. The…