Giant, the largest bicycle manufacturer in the world, challenged UK interior, industrial and product designer Michael Young to create a fresh concept for two-wheeled transport to anticipate the needs of savvy city lifestyle consumers. ‘The starting point of the project was to study bicycles that riders we considered not to be sportsmen chose to ride in cities’, Young explains. We looked at the basic frame constructions and attributes, and then made a study of what we could do not only to make a more functional city bike but also one that could be emotionally compelling and communicate to consumers who might demand a more fashion or design-related option’.

Four aspects of Citystorm distinguish it from other city bicycles: integrated design elements, the touch points, its functionality and of course the Michael Young design flavor.

The Lock The wire on the lock is made of Kevlar, the same material that is utilized on bullet-proof vests, and steel wire that ensures the wire is rigid enough to avoid being cut. The lock is housed inside the tube frame and can be easily pulled out and latched, either as the primary security system or for quick-stop theft prevention.

The Headlight The neat headlight is a result of Giant’s advanced hydro forming technology. Hydro forming, or fluid forming’, encases the regular aluminum tube in a desired shape mould. With the injection of high-pressure liquid, the tube is then pressed into a new shape. The benefit is a smooth, new shaped tube which is stronger and better reinforced. The battery holder for the headlight is hidden within the tube frame and slips out for quick replacement when needed. 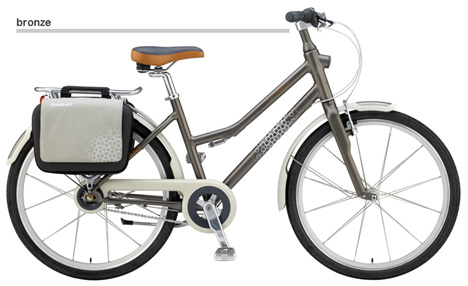 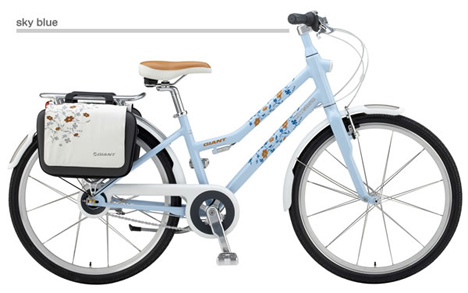 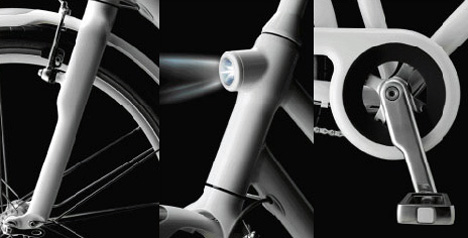 This folding electric bike shrinks to the size of a CPU, fitting under your desk!

How often do you find yourself jostling for position in the city traffic or tight parking spots? No more though, with this cheeky folding electric…

A Valve Cap Worth Stealing

Mountain bikers are a needy bunch huh? Trekking thru road passes most of us wouldn’t dare attempt, these outdoorsmen really need to pack light. They…