Some ancient civilizations believed that the world was completely flat, while others thought that it existed on the back of a giant cosmic turtle. We know now better, of course, but there is still a sense of awe and wonder at the thought of living on a floating creature. Then again, that’s what cruise ships actually do, with the romantic notion of being on a turtle’s back. Never say never, as they say, and one luxury yacht company is proposing exactly something like that with a “terayacht” that can host around 60,000 people on a fantastic voyage across the seas that is equal parts terrific and terrifying, considering everything that could go wrong in the middle of the ocean. 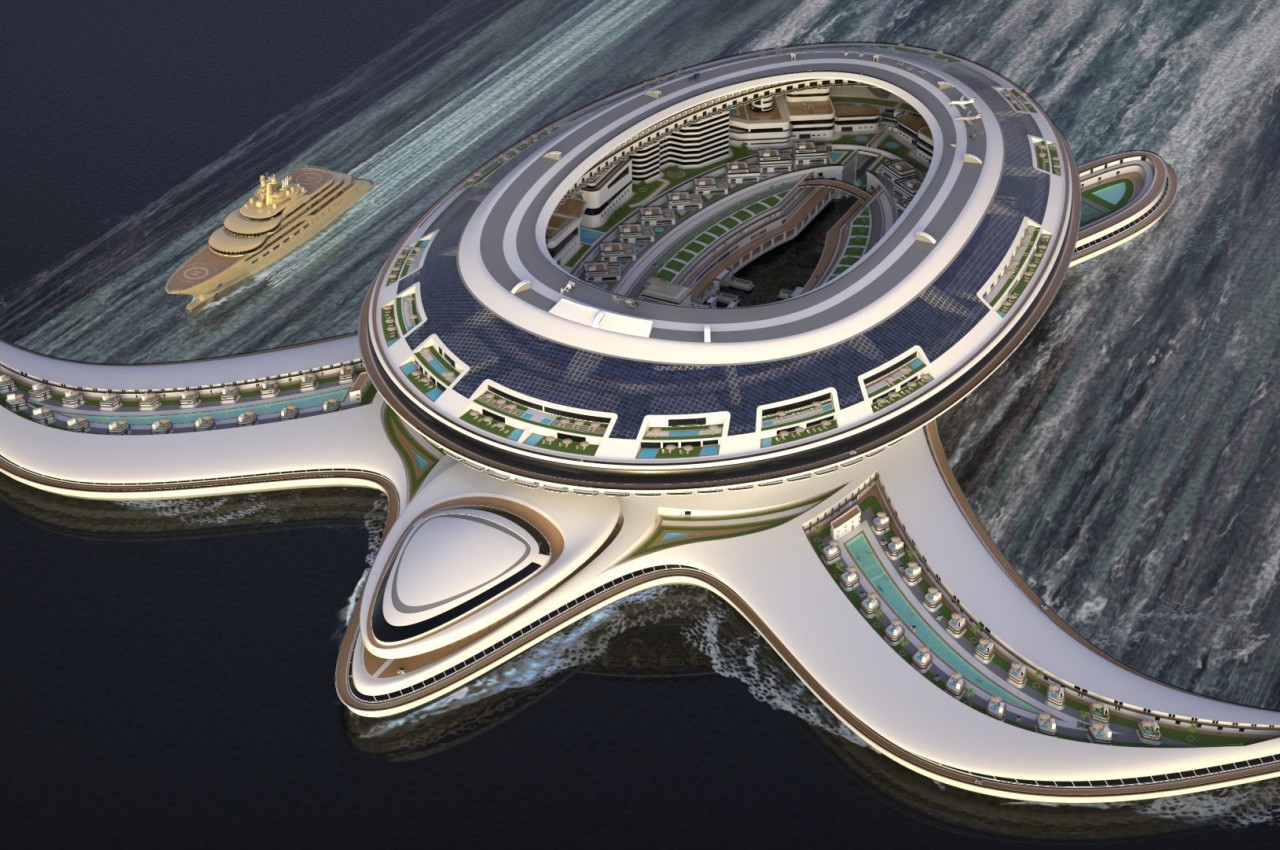 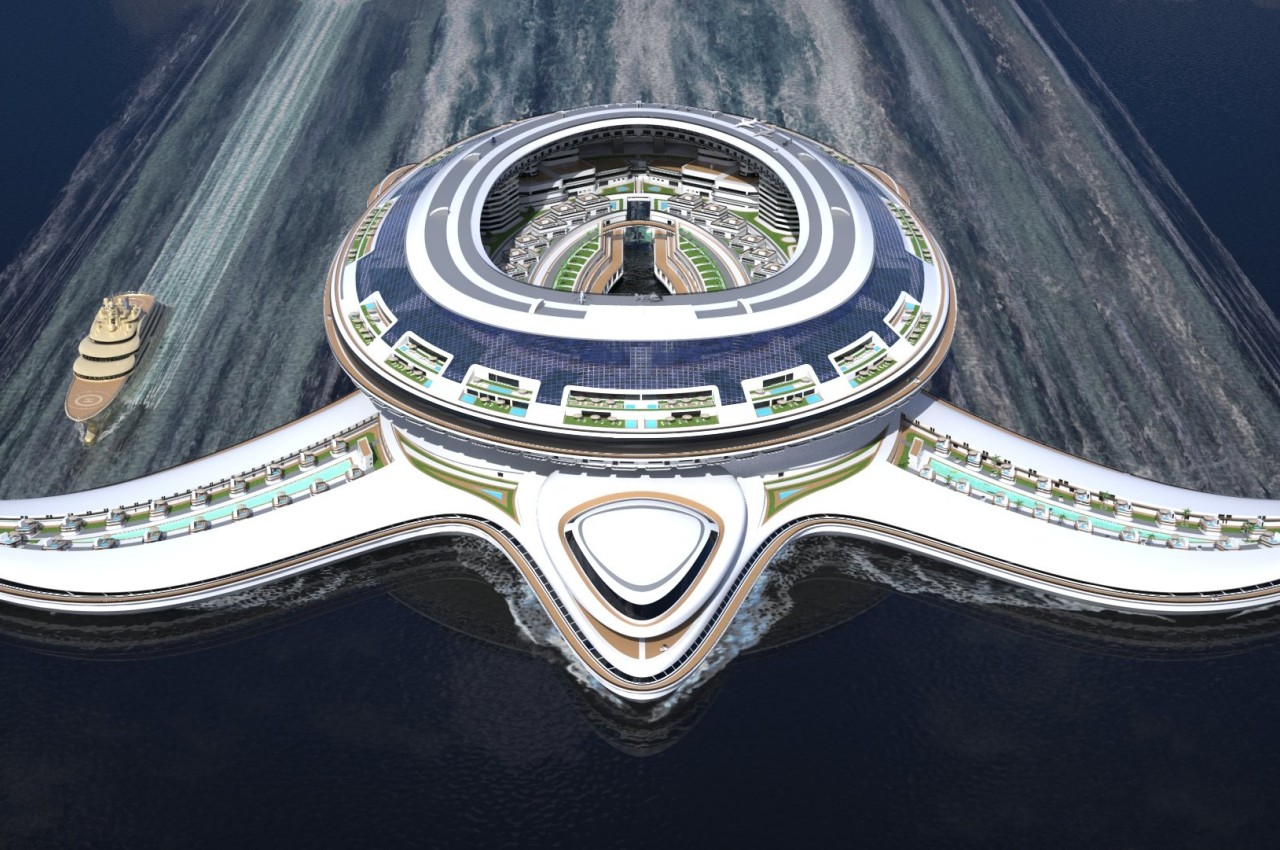 Given the congestion in urban areas and other land problems, humans have set their eyes not only on the stars but also on the seas for their next habitats. Instead of just “reclaiming” land, some designs envision floating cities and communities that would hopefully be kinder to their environment. Of course, most of these structures are designed to provide stable housing and locations, so they are meant to be rooted to one spot. As its name suggests, however, this gigantic yacht, if you could still call it a yacht, is meant to travel instead. 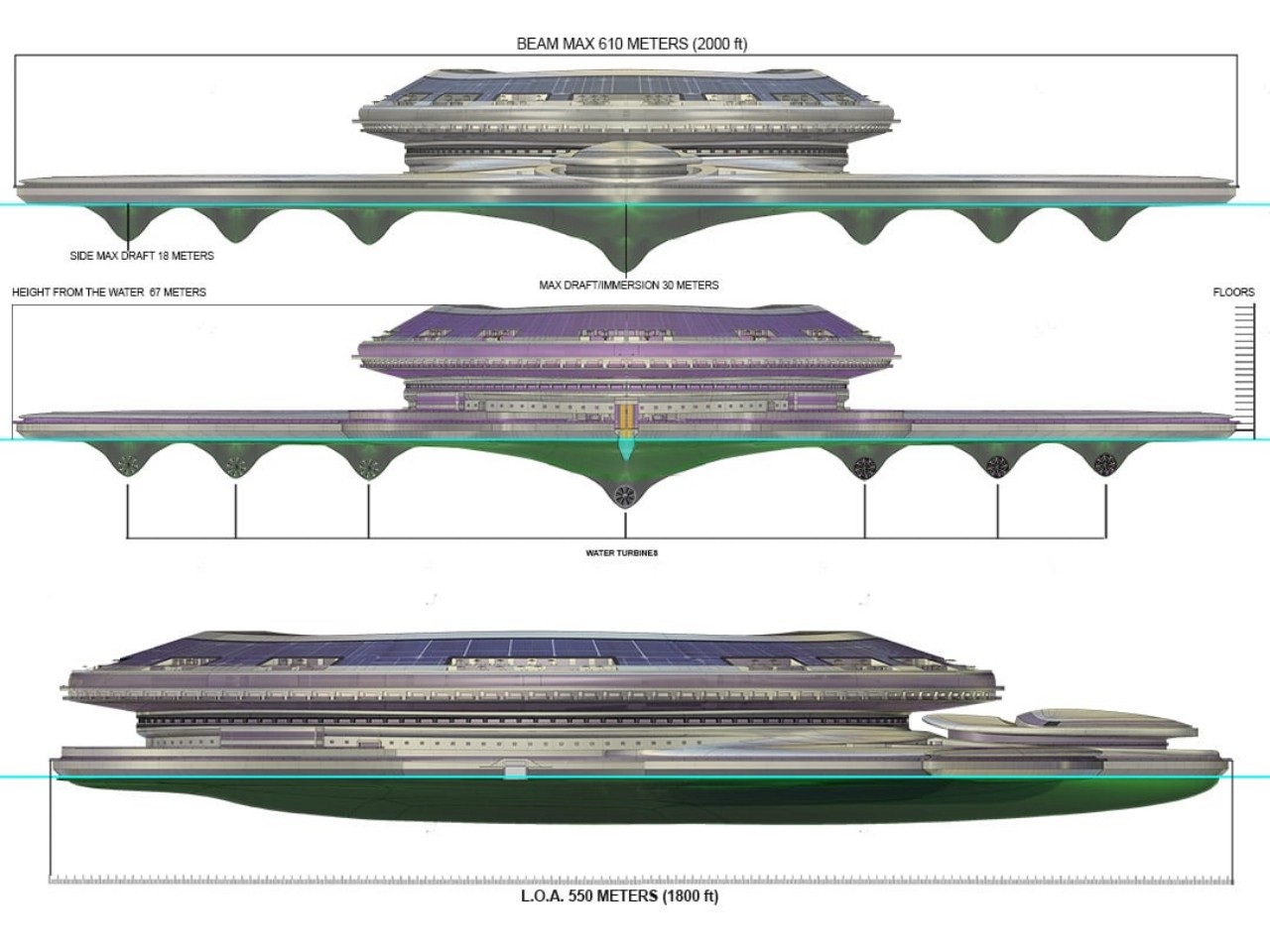 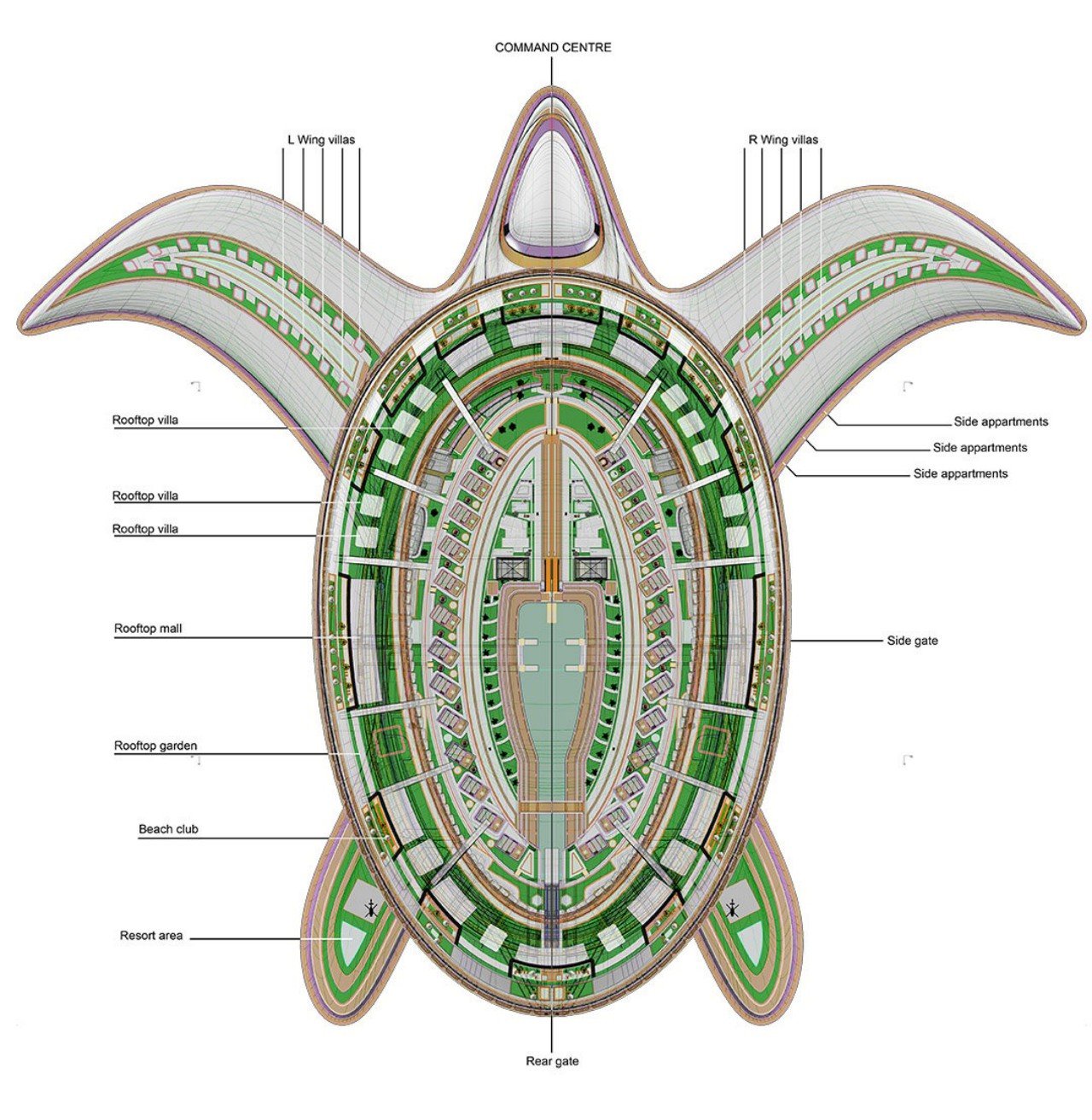 Named after the supercontinent believed to have existed in Earth’s prehistoric past, Pangeos would become the largest floating structure to be constructed, spanning 550 meters (1800 ft) long and 610 meters (2000 ft) at its widest point. Despite that size, the ship is engineered to cruise at a speed of five knots or around 9.26 kph using jet drive transmission from 9 HTS engines, each with 16,800 hp of power. More than its massive size, however, the real appeal of Pangeos is what it contains and what it is made for: human luxury. 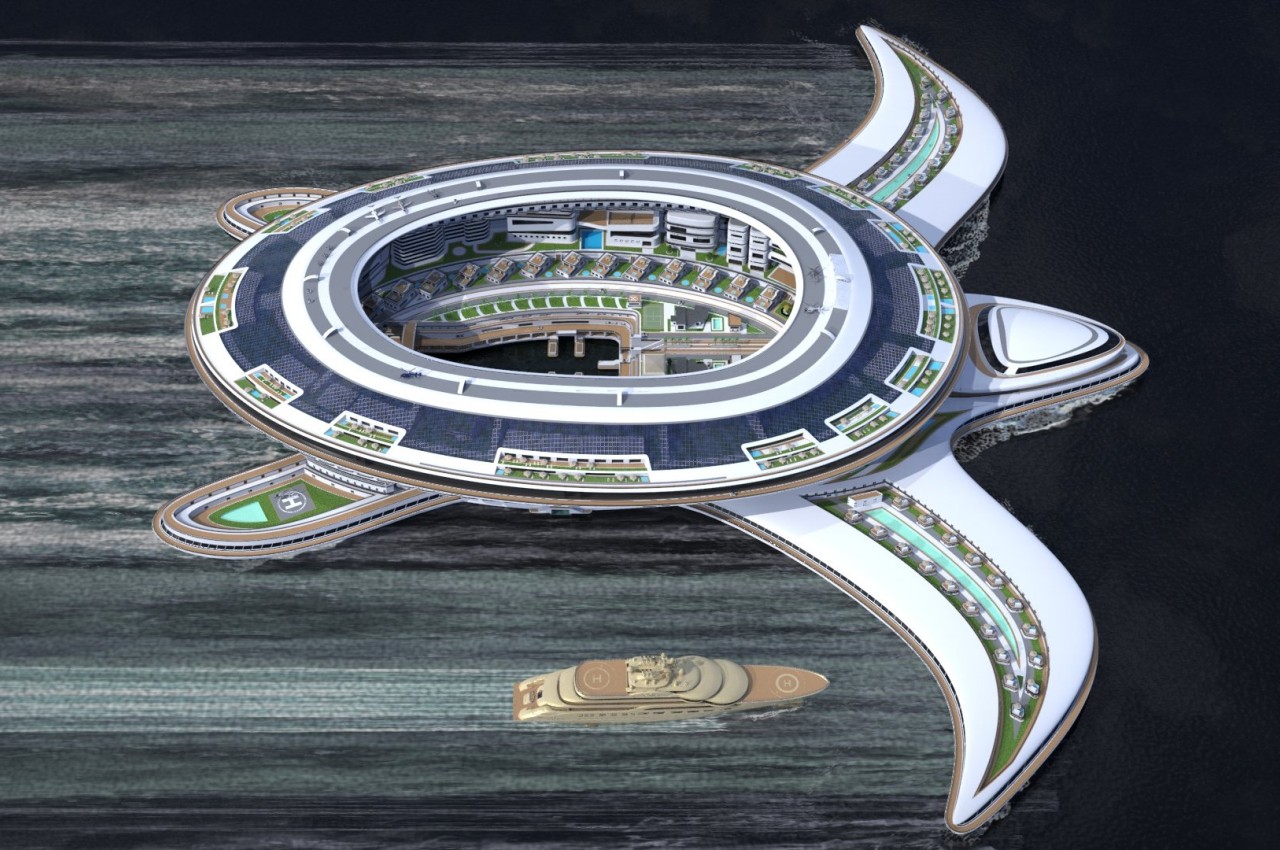 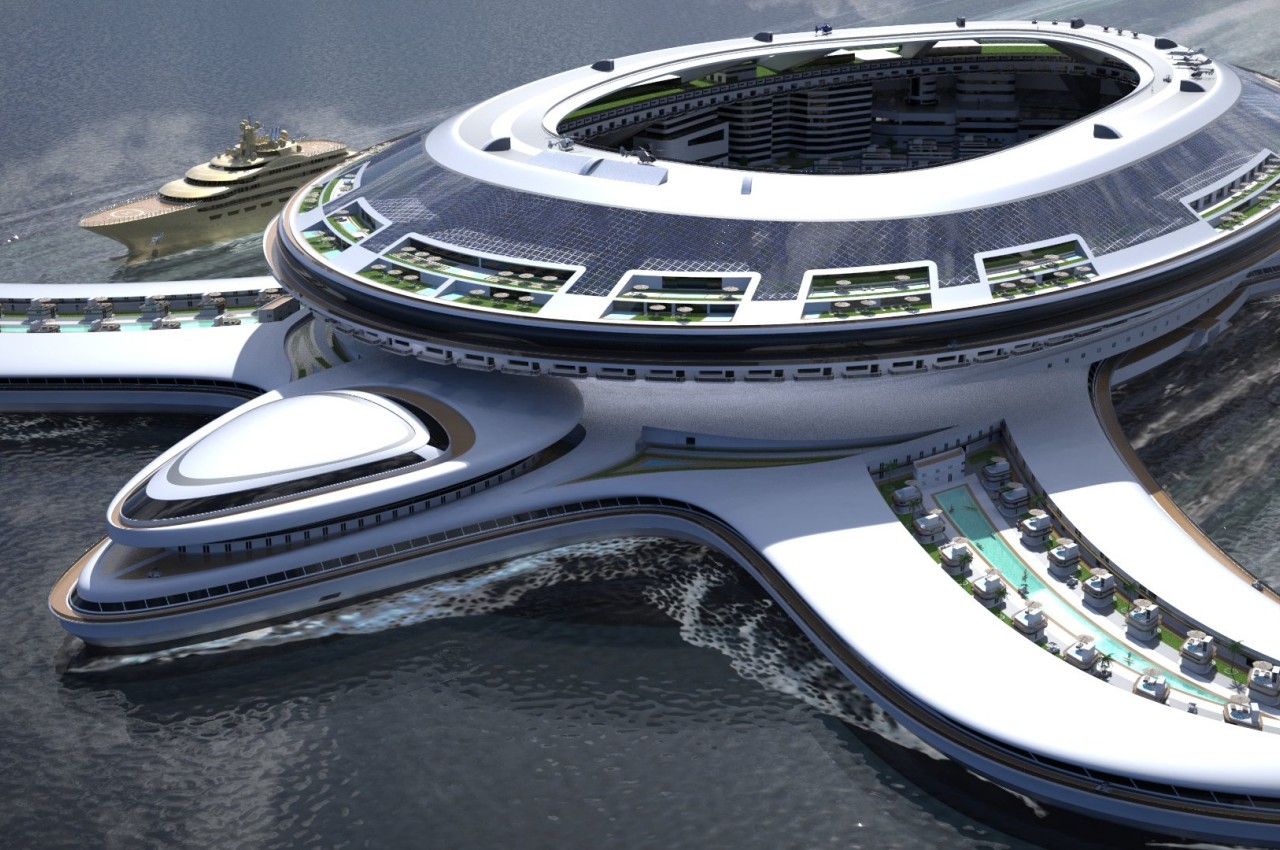 If a luxury cruise ship can be called a floating hotel, Pangeos is pretty much a floating resort city. It will contain everything that humans will need to live in comfort for weeks or even months, including hotels, shopping centers, parks, and other facilities. And since it wouldn’t be safe to actually take a dip in the surrounding ocean, it also has extra-long swimming pools on the turtle’s “wings.” The floating city will have a marina and even its own airport to get guests on and off. All in all, it is planned to accommodate up to 60,000 guests, which doesn’t yet count the thousands of crew needed to man this giant turtle. 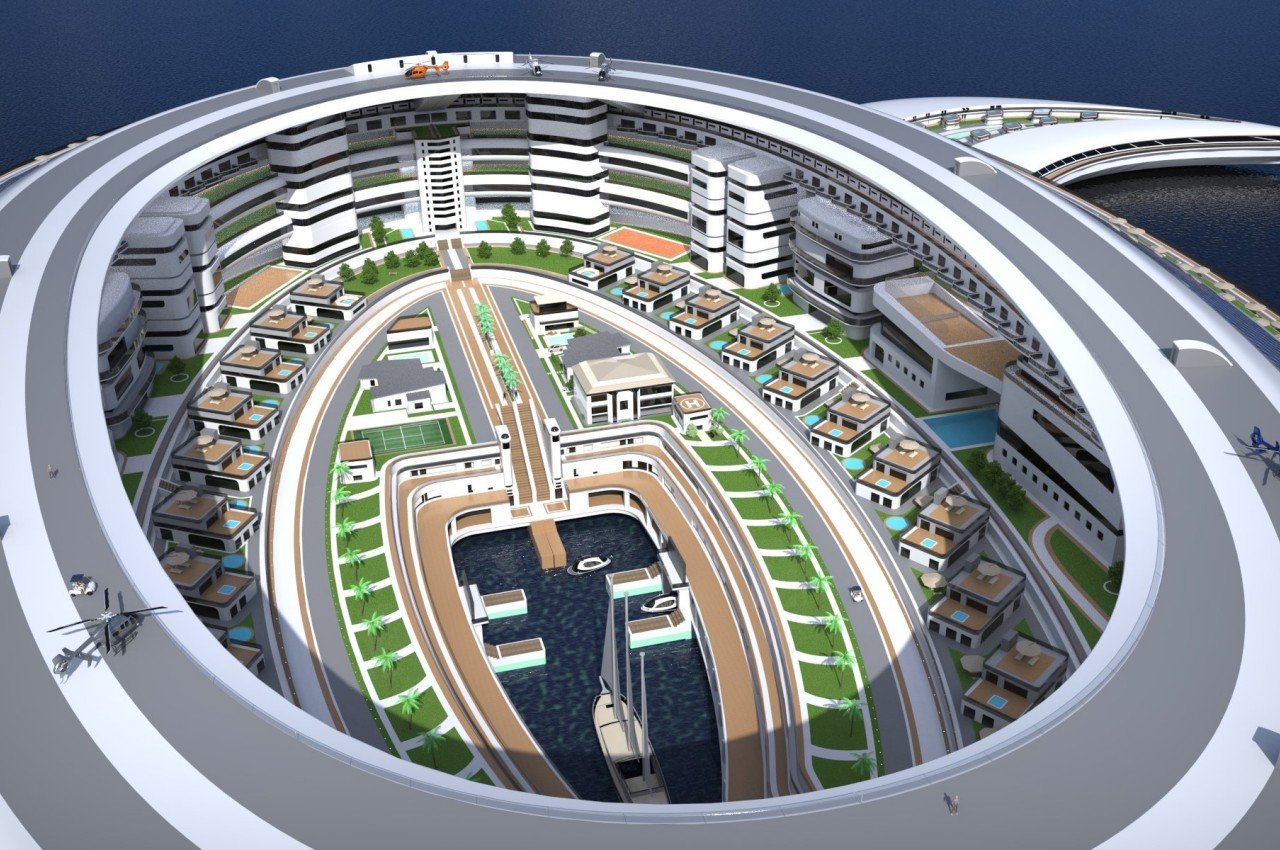 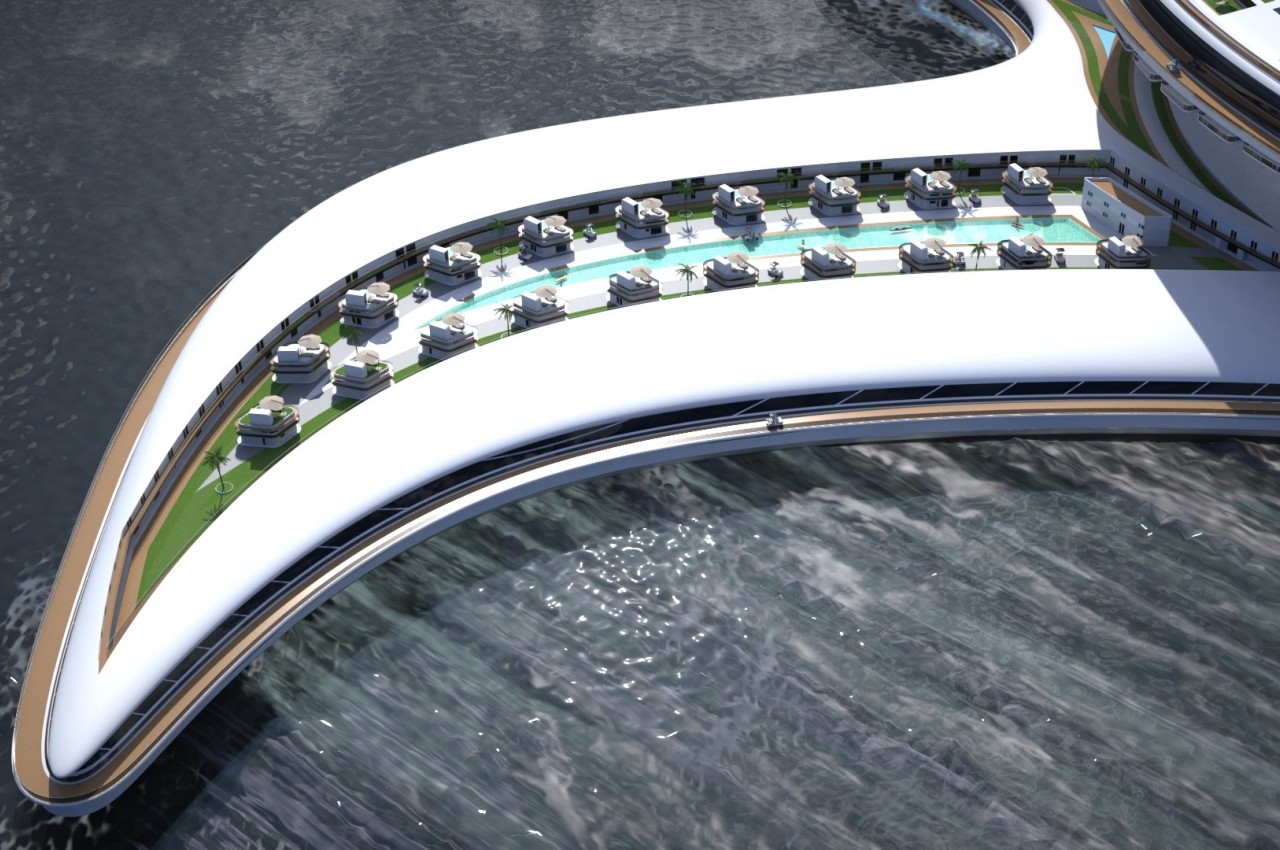 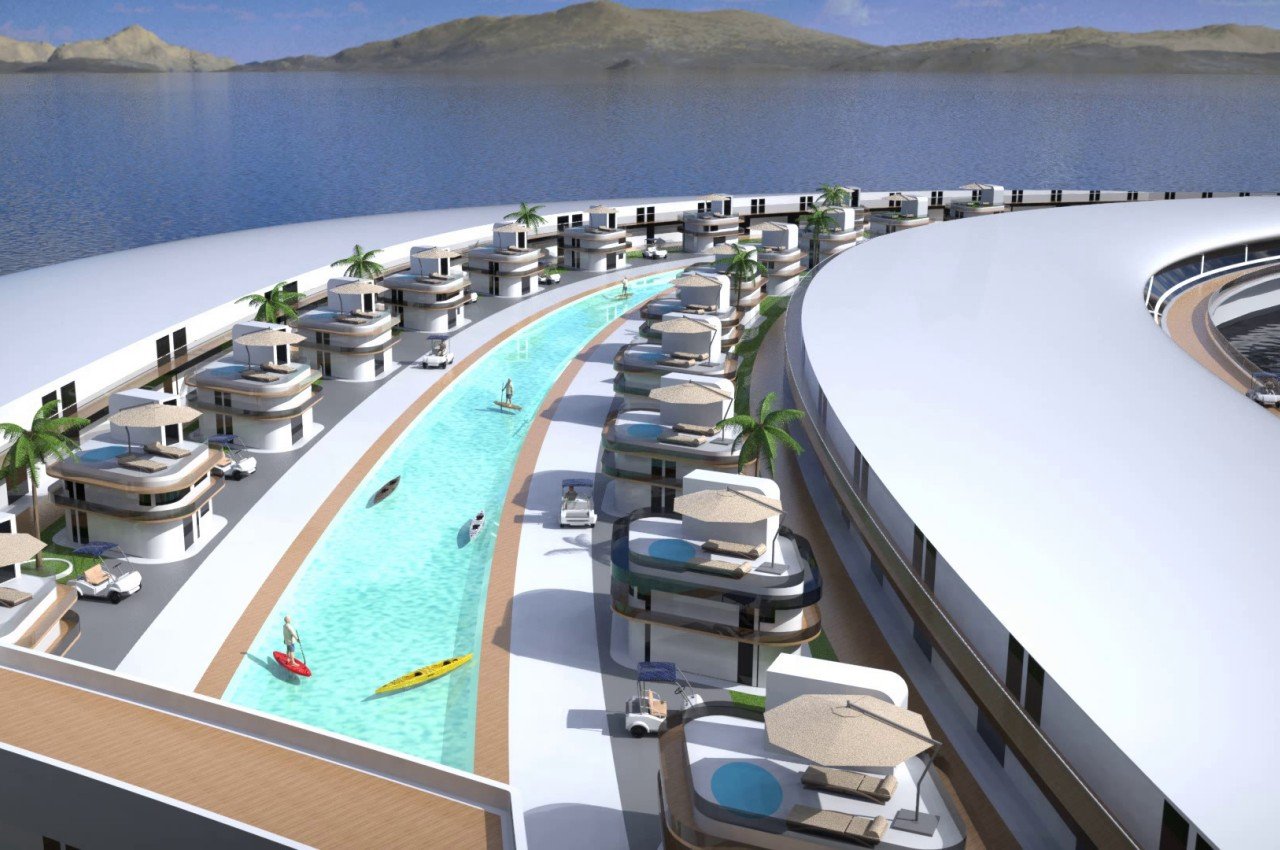 Since it will almost be impossible to completely power this terayacht using fuel alone, Pangeos is designed to be self-sustaining and, in a way, a little bit sustainable. Solar panels line the rooftop areas, while the large wings will gather energy from breaking waves. This would make it possible for the turtle ship to travel the Earth without emissions, or at least that’s the idea. Whether it’s a smart idea is a different matter, but there’s little question that it is an enticing idea, one that could actually be made real by 2033. 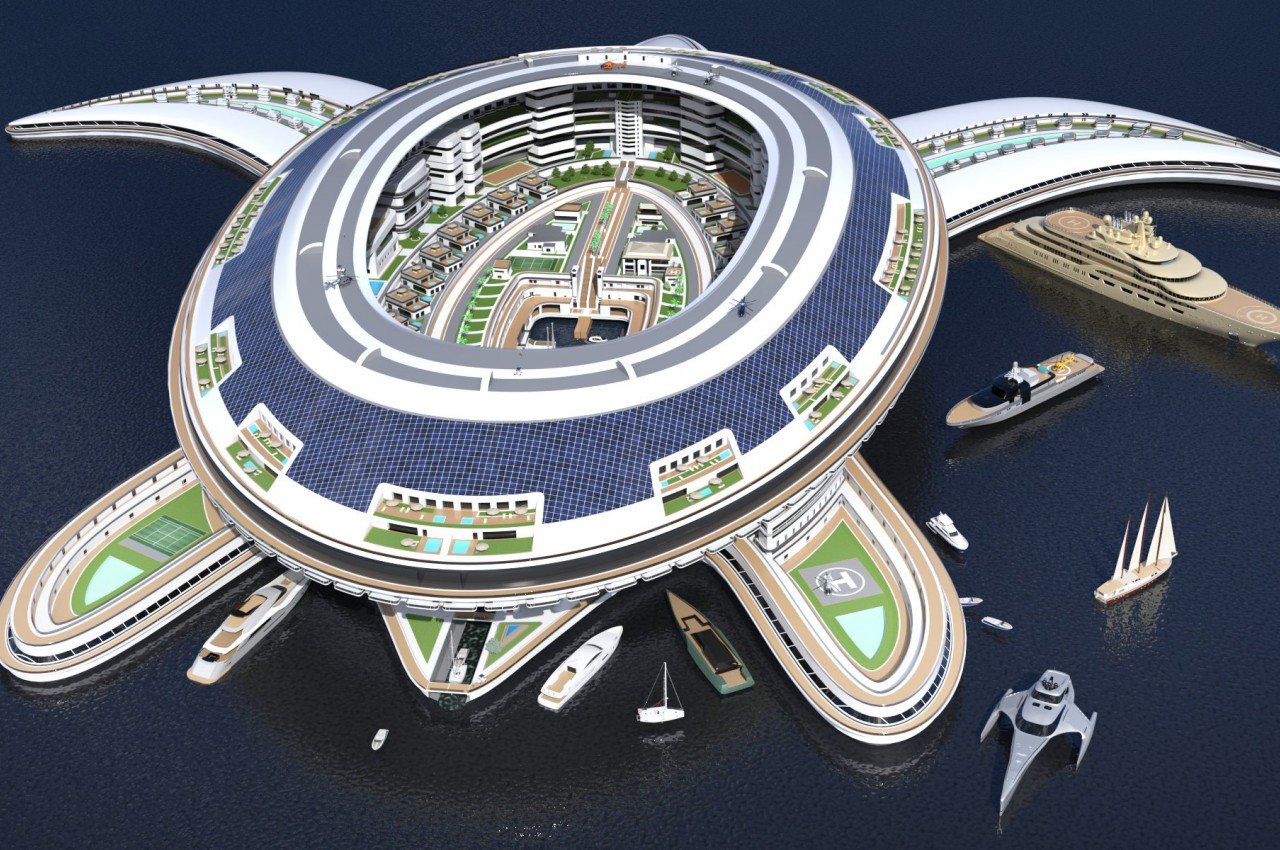 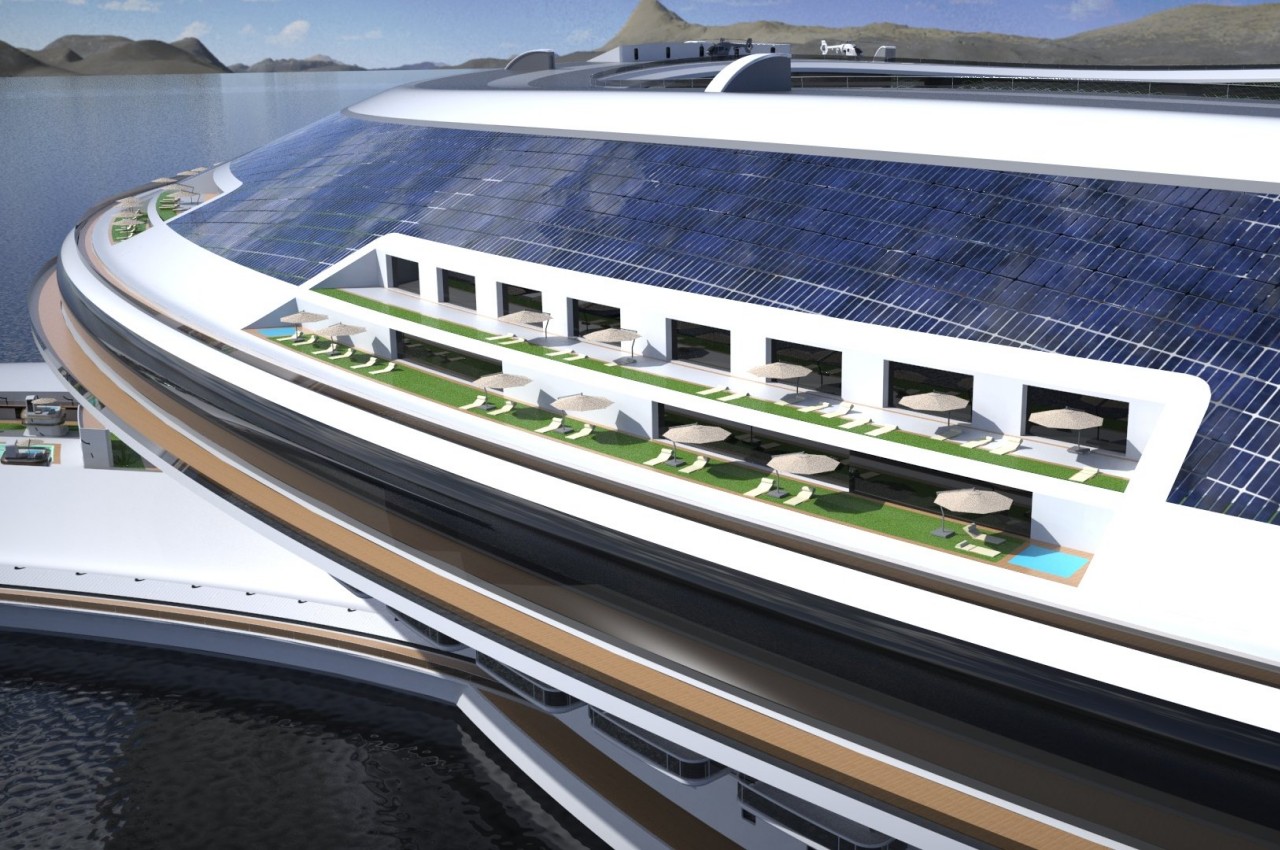 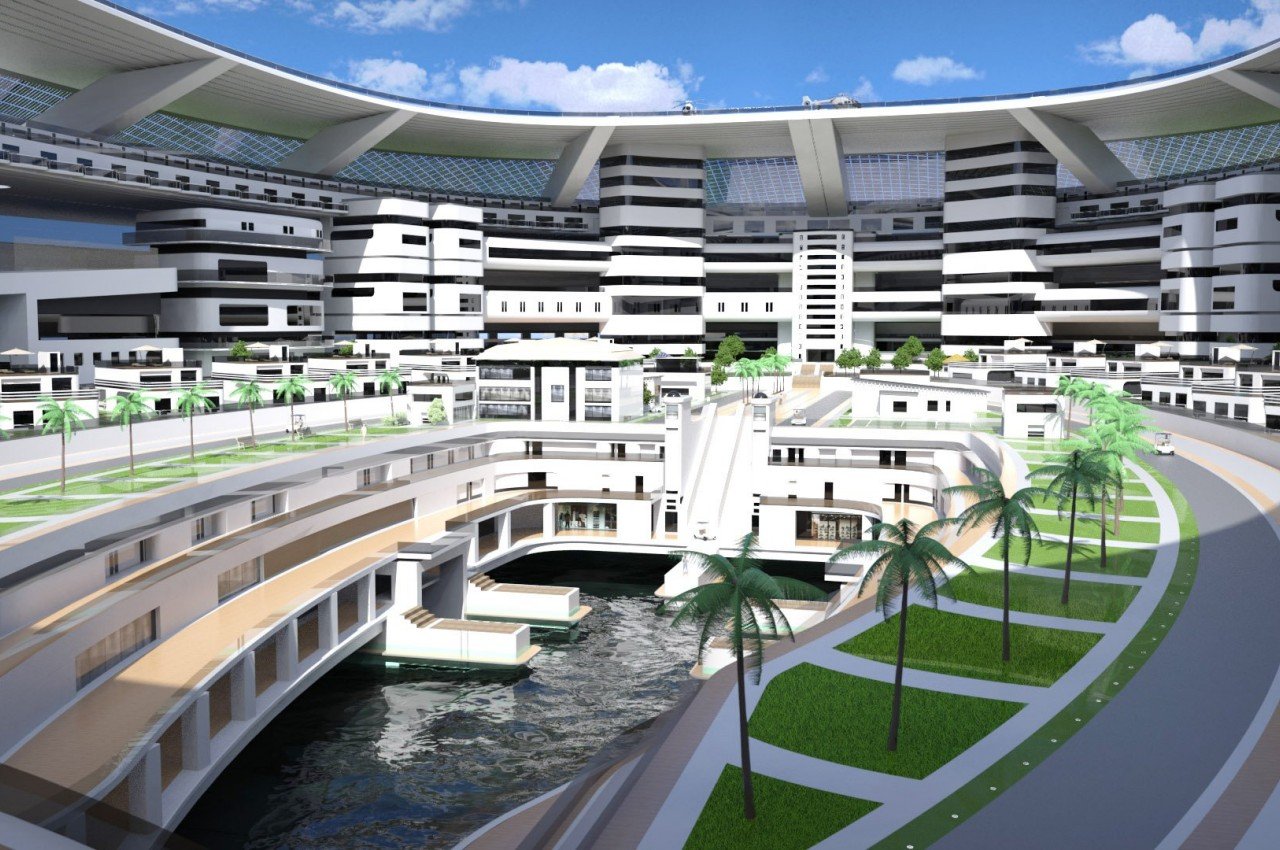 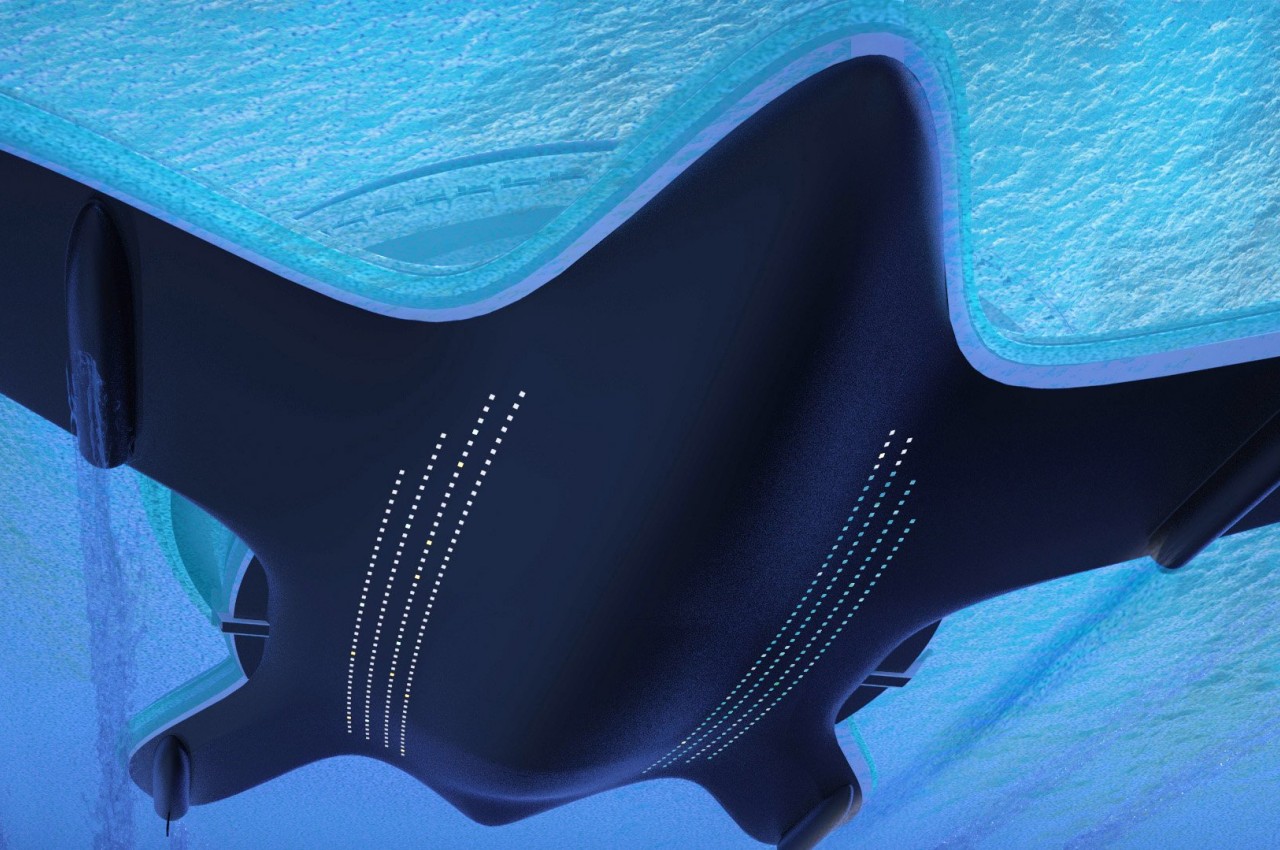 Prefabricated as a gym or an office, this lightweight modular cabin is the answer to 2020’s travel blues!

With stay-at-home orders getting stricter in some cities, daydreaming about travel feels like some faraway consolation prize. Thankfully, however, plenty of tiny home and micro…