Following an incredibly successful Kickstarter run that raised nearly half a million from 712 backers, it’s safe to say that the Xeric Scrambler isn’t a watch that anyone can ignore. The timepiece has a relatively benign silhouette with a tonneau body and padded leather straps, but focus your attention on the dial and you realize where the Scrambler’s appeal lies. The dial features a 3-hand wandering-hour style arrangement that’s an absolute pleasure to look at and is easy to read too. Powered by a Geneva gear mechanism, the circular numbers on the wandering hour arm dramatically change during the rotation, lining the next numeral up once every 60 minutes. The best part, however, is the fact that while most luxury wandering hour timepieces can cost between 5 and 6 figures, the Scrambler from Xeric starts at a rather affordable $1,199, destroying the notion that premium-looking watches need to cost an arm and a leg. 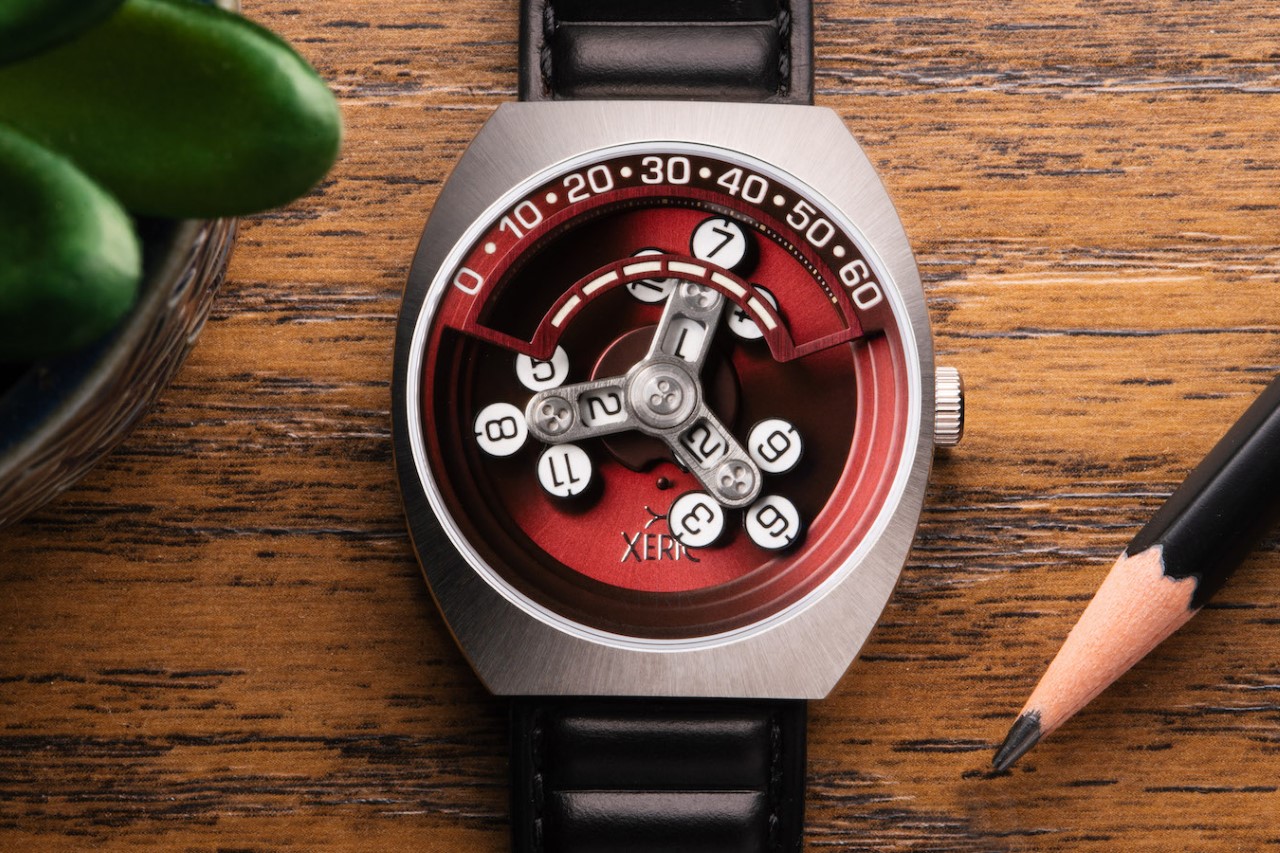 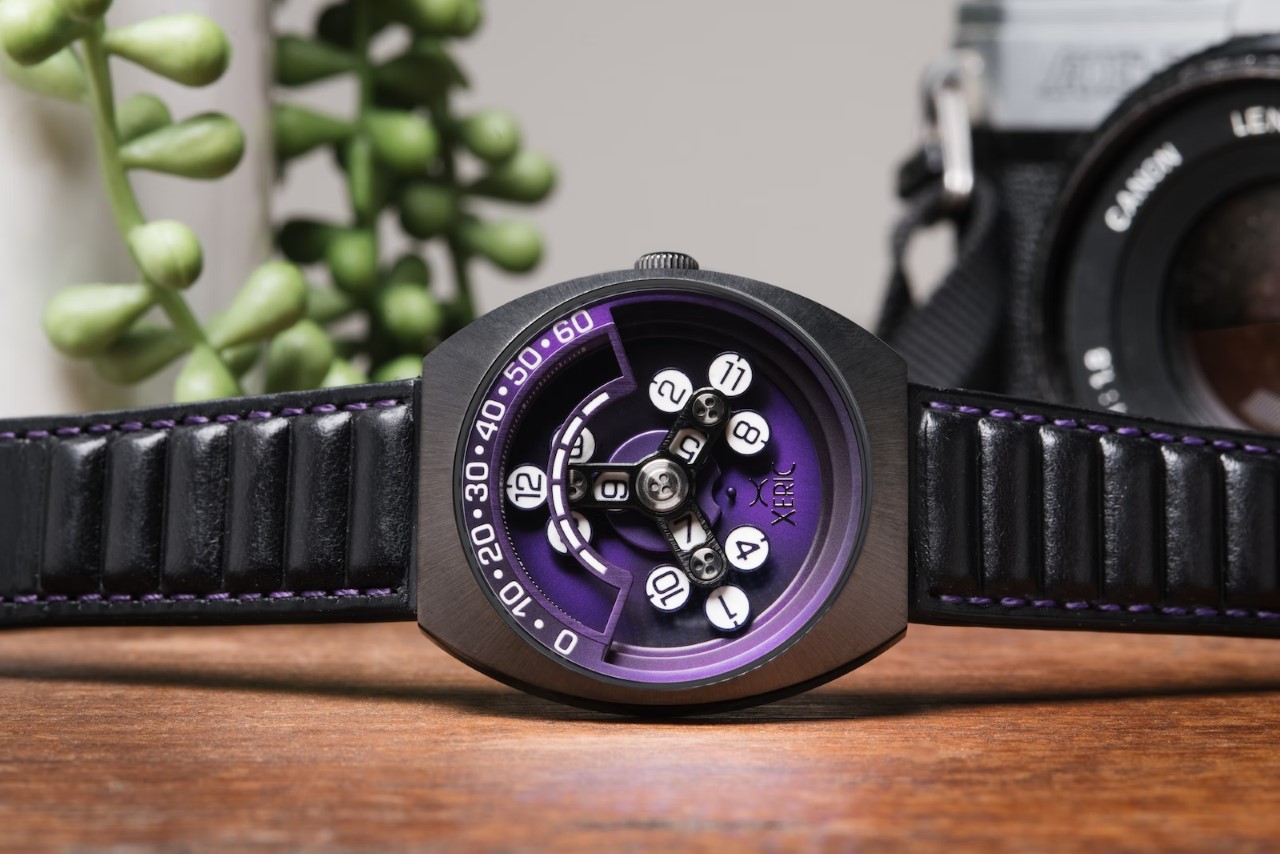 The Scrambler, named for how the wandering hour scrambles as it turns, comes with a Caliber 2.2 Automatic movement (based on the popular Miyota 90S5) that powers the time-telling ornament on your wrist. Just like most wandering hours, it takes a little while getting used to reading the time (especially after reading the time on smartphone screens has gotten so damn easy), but once you get the hang of it, it comes almost naturally to you. Reading time on the Scrambler is as simple as looking at the arc-shaped minute window on the top half. The arc shows the minutes, while the moving/wandering hand shows the hour. Locate the hour disc inside the minute window and its position helps you tell the time. For instance, the time on the watch in the image above reads 12:30. 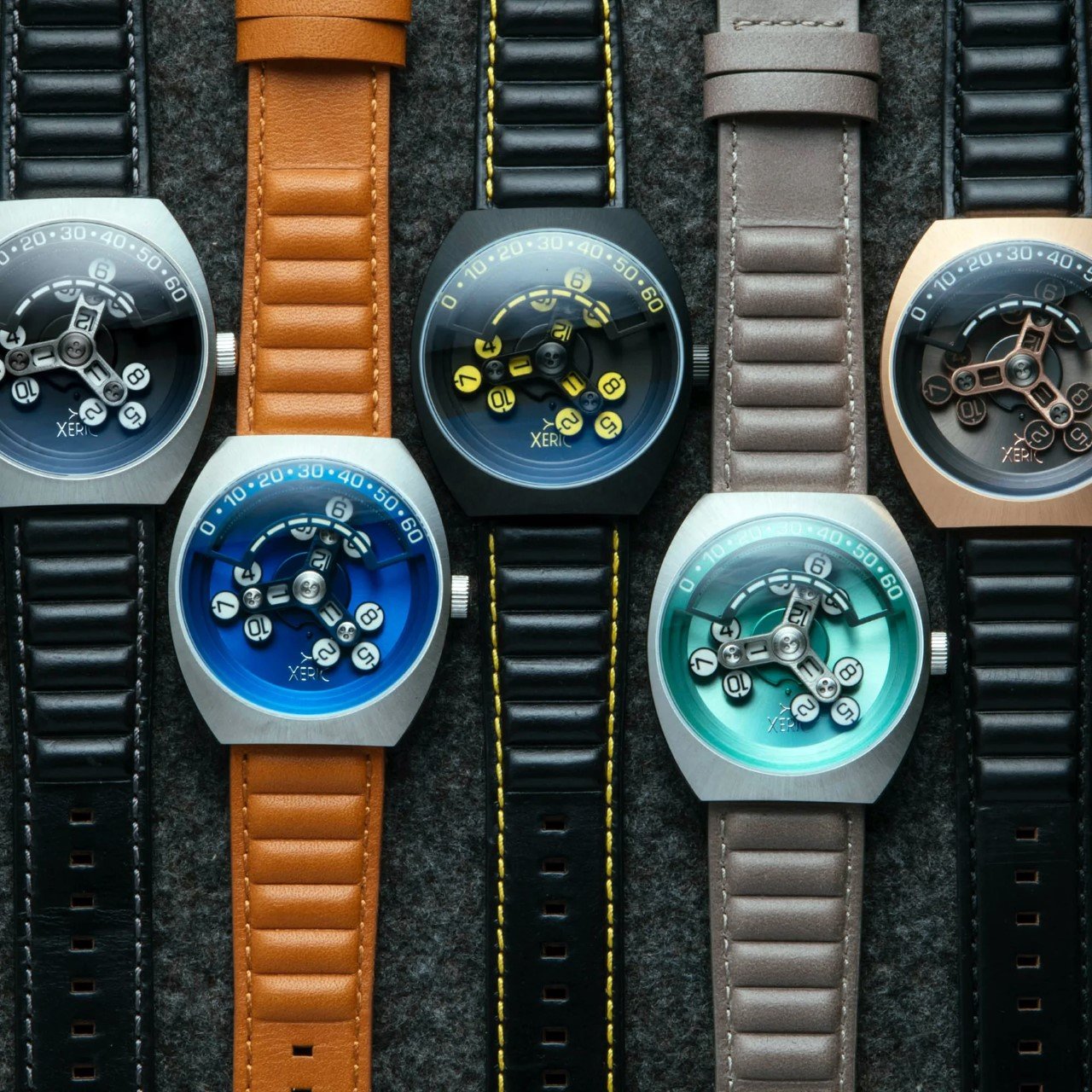 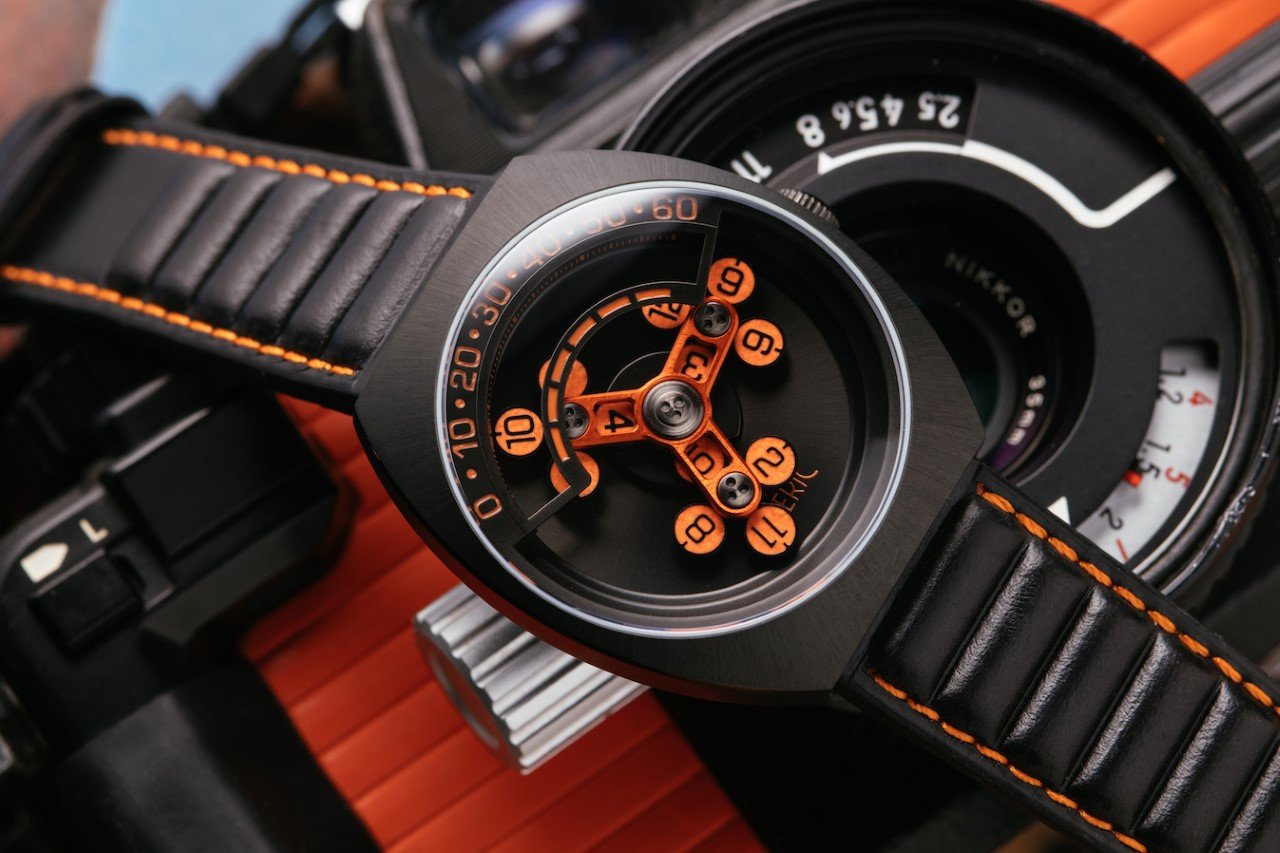 Although all the time-telling happens in just the upper half of the watch’s circular dial, it’s the wandering hour is easily the Scrambler’s crown jewel. The hand features three arms, with four discs each, resulting in a total of 12 discs that each do their rounds of the watch’s dial, rotating on their own axis as well as the hand’s main axis. It’s honestly a pleasure to look at, not just during the day, but even at night when the dial comes to life, thanks to the use of SuperLuminova. It helps that the watch is water-resistant up to 50 meters too, giving you an overall experience that can be enjoyed pretty much anywhere. 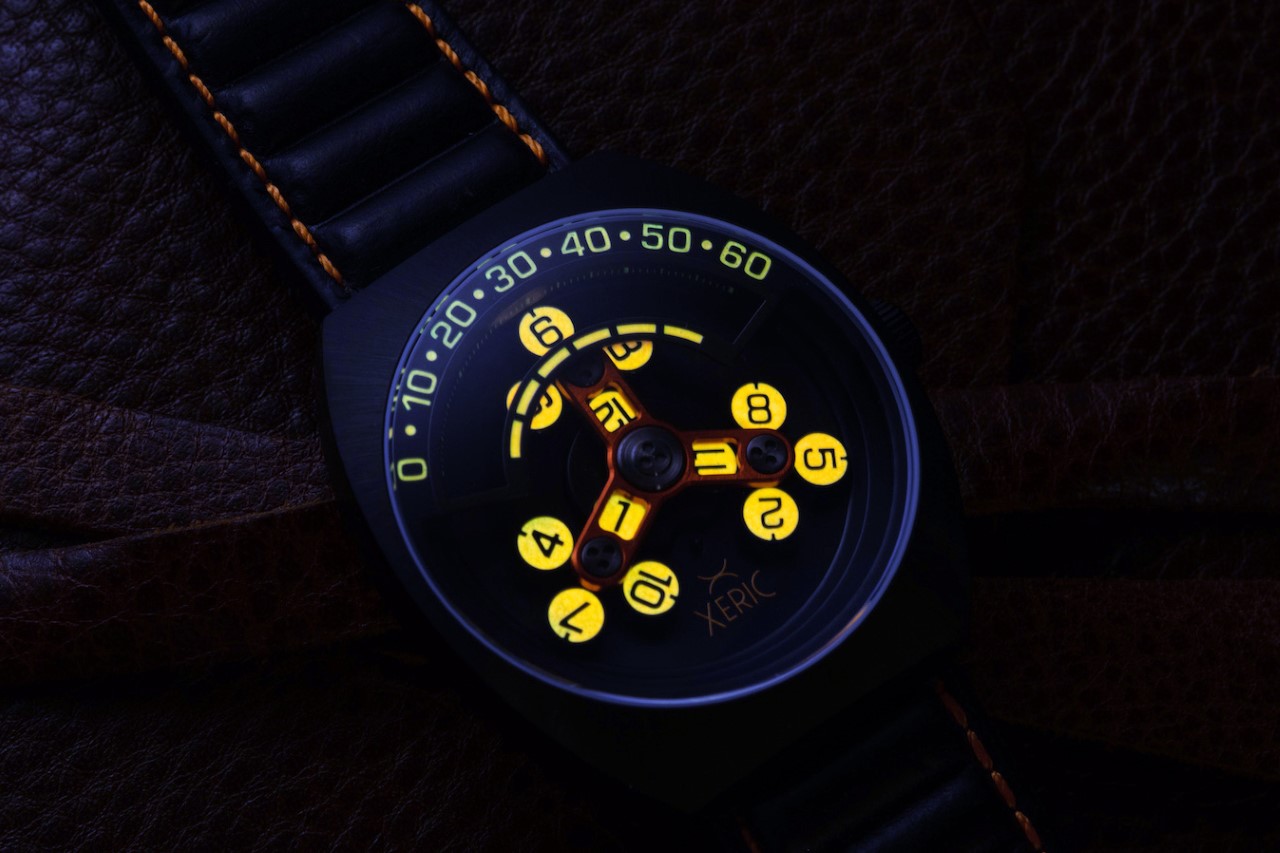 Designed with unisex appeal, the Scrambler comes with a 40.5mm-wide stainless steel body made from 316L stainless steel, featuring anodized aluminum hour discs deep-filled with SuperLuminova for long-lasting lume. The watch is topped off with a domed sapphire crystal on the front, and an exhibition back on the rear displaying the Caliber X2.2 movement. The Scrambler is available across a whole variety of color variants, from subtle to sporty, with ribbed American leather straps to match. 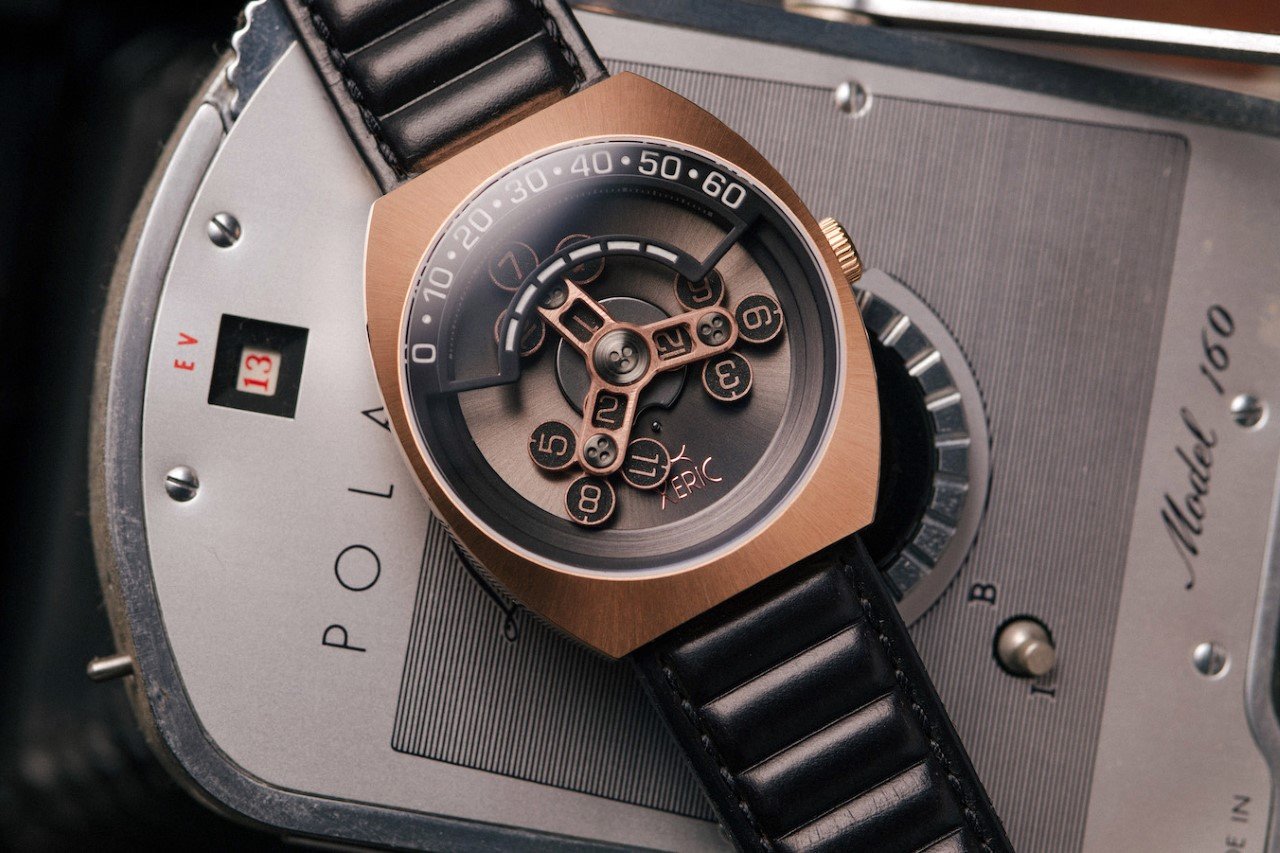 Wilsdorf Collection is a stylish fusion of cufflinks and miniature watches

There is a certain appeal to products shrunken down to a fraction of their original size. Their petite forms can easily be described as cute…

The entire world’s time, on one single dial… If you really want to see designers be divided over an issue, don’t ask them what they…

This wearable can stimulate nerves to effectively cancel out hand-tremors… and it’s a watch too.

Less of a fitness wearable and more of a wellness wearable, the Cala Trio is a wrist-worn individually calibrated device that works to reduce essential…