Make sure your Black Friday doesn’t turn into a blackout Friday! BLUETTI just announced some incredible discounts and deals on their entire catalog of power stations, giving everyone a chance to reclaim their power independence from unreliable grids and bad weather, or even carry their power on the go for camping and outdoor trips!

BLUETTI’s biggest sale starts on November 11th and is across all their power stations. Beyond just those sizeable discounts are some exciting lucky draws, mystery boxes, and product giveaways like mini-fridges on a purchase of above $5000. Want to crack a better deal for less? Snag a mystery box for $199 and you could stand a chance to win a $900 power generator!

Here is a look at BLUETTI’s power stations and their discounted prices, so you can grab one just in time as the winter hits, or well before spring arrives and you bust out your camper or RV. 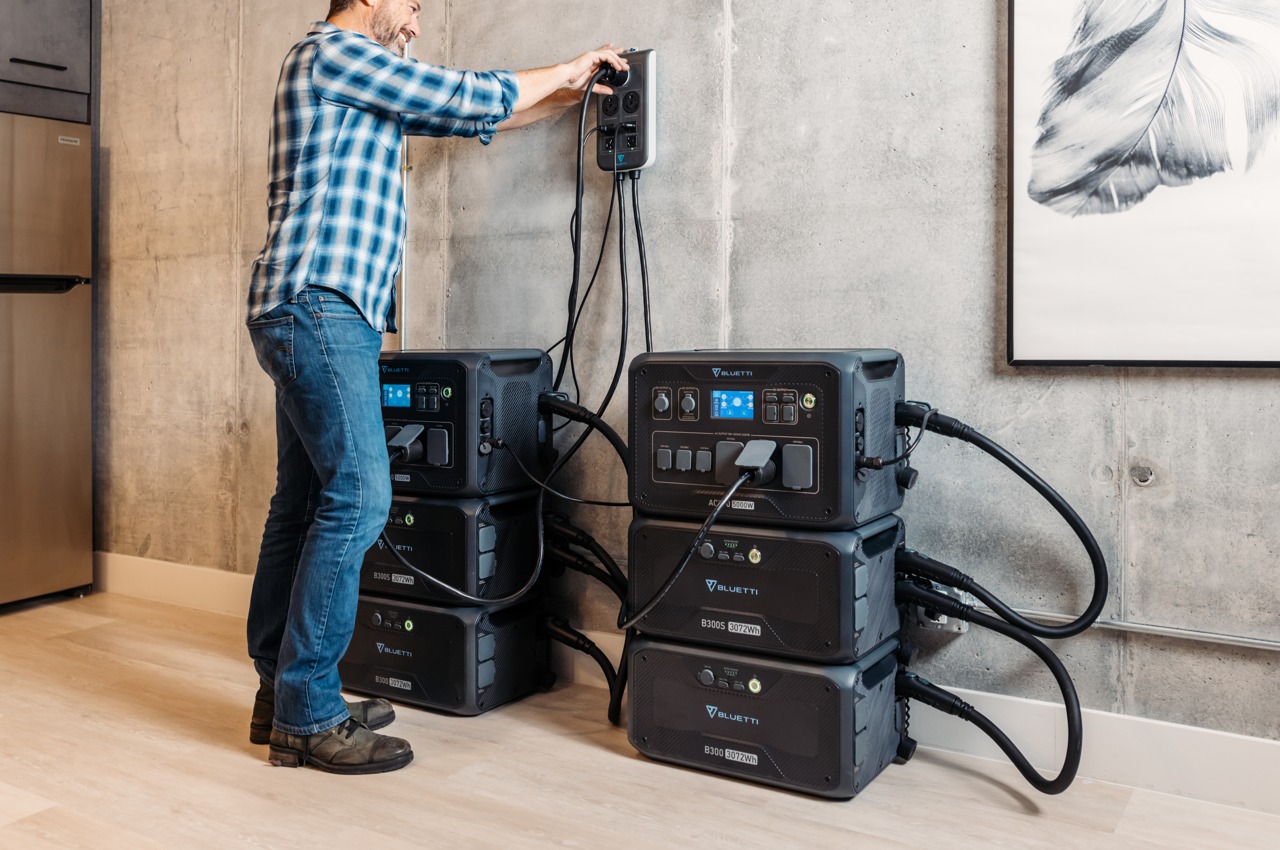 Running at a stellar $600 off, the AC500 + B300S are BLUETTI’s flagship power station and battery combo. The AC500 is like no other power station you’ve seen – its ridiculously compact size has the ability to provide a staggering 5,000W of power (with 10,000W surge capacity), and can pair with up to six B300S batteries, giving you over 18,000Wh of power to last you for days even with regular use. That 5,000W capacity is exceptionally impressive, because it allows you to run all sorts of heavy-duty appliances like fridges, microwaves, air conditioners, all without breaking a sweat. The AC500 has as many as 16 ports and two wireless charging zones. It’s also the only 5000W power station that lets you run your mini-grid entirely on solar power, giving you the energy independence you deserve! 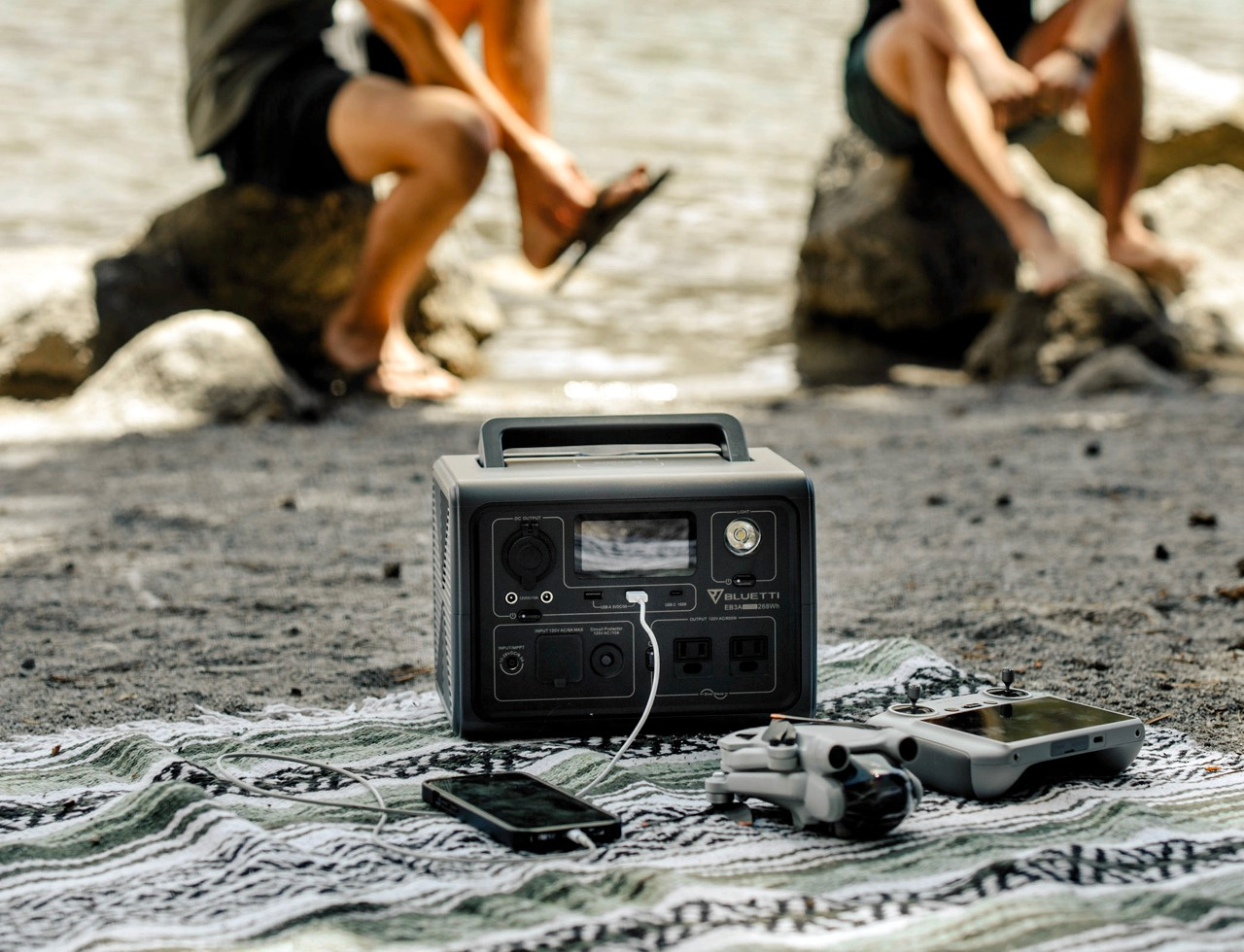 Unveiled this year at CES 2022, the EB3A from BLUETTI is a compact yet highly capable power station that weighs a mere 10 pounds but can power everything from your smartphone to your EV! It’s just moderately larger than the average beer cooler and comes with a 268Wh and a 600W pure sine-wave inverter on the inside. Although this compact station was built for transporting to the great outdoors, it’s more than capable of doing some heavy lifting at home too, charging your laptop, lawnmower, electric grill, or even your EV. Take it outdoors, hook it to BLUETTI’s solar panels and you can practically live off it for a couple of days. Or better still, keep one in your garage for emergencies like power cuts, outages, or unforeseen natural calamities. 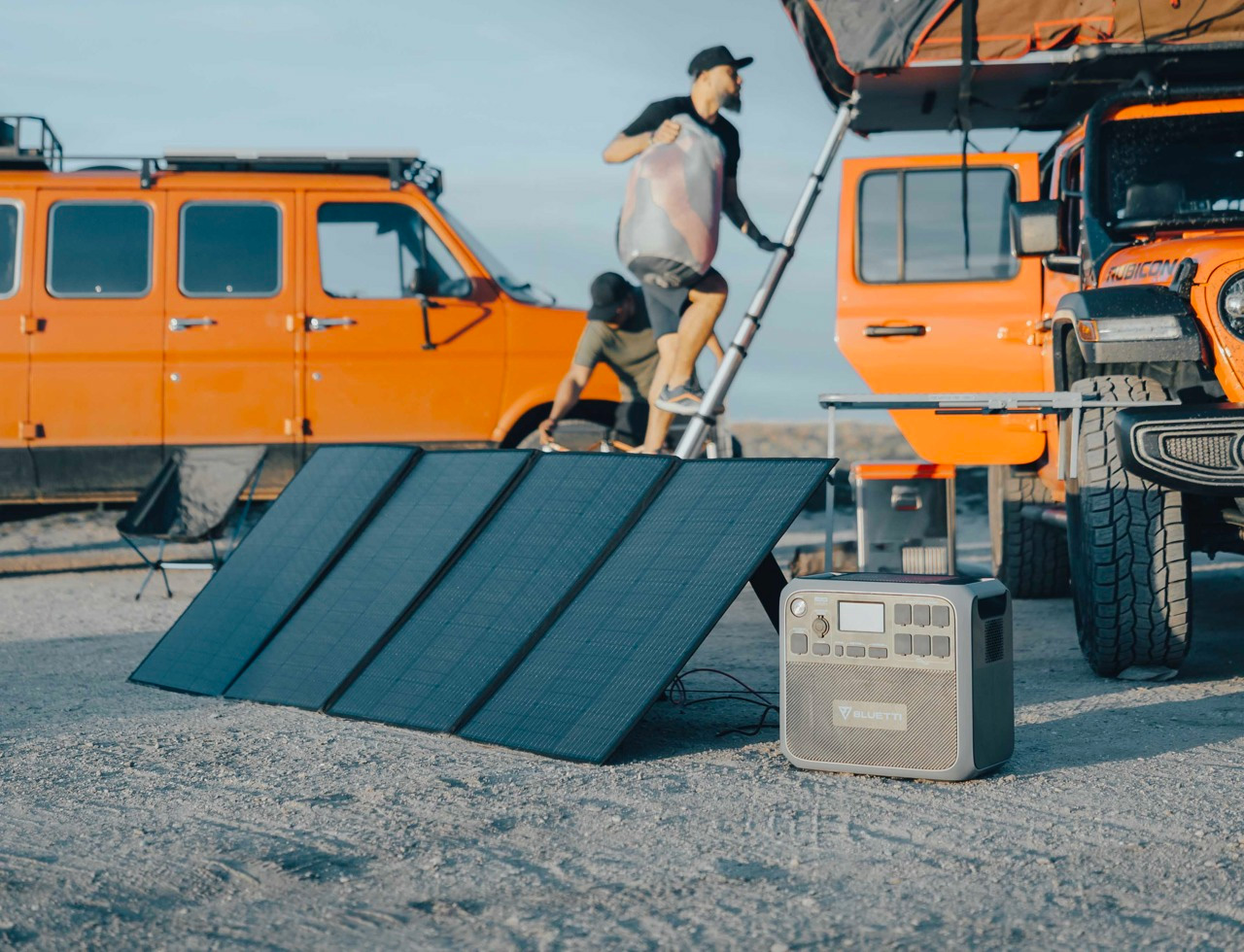 Armed with a 2000W output and 2000Wh EV-grade LiFePO4 batteries, the AC200P wins our editor’s choice tag for hitting the sweet spot between power, portability, and price. The power station comes with 17 different outlets to keep your home and life running, with two dedicated wireless charging pads to keep your phone and AirPods juiced. Like all of BLUETTI’s power stations, the AC200P supports charging via solar panels as just one of 7 different ways to charge the power station. That 2000W output makes the AC200P perfect for running high-power appliances like Blenders, Ice coolers, Radios, Projectors, etc. If your area’s prone to power outages, the AC200P is also ideal as a home backup system, especially in areas with an unreliable power grid or power fluctuations. 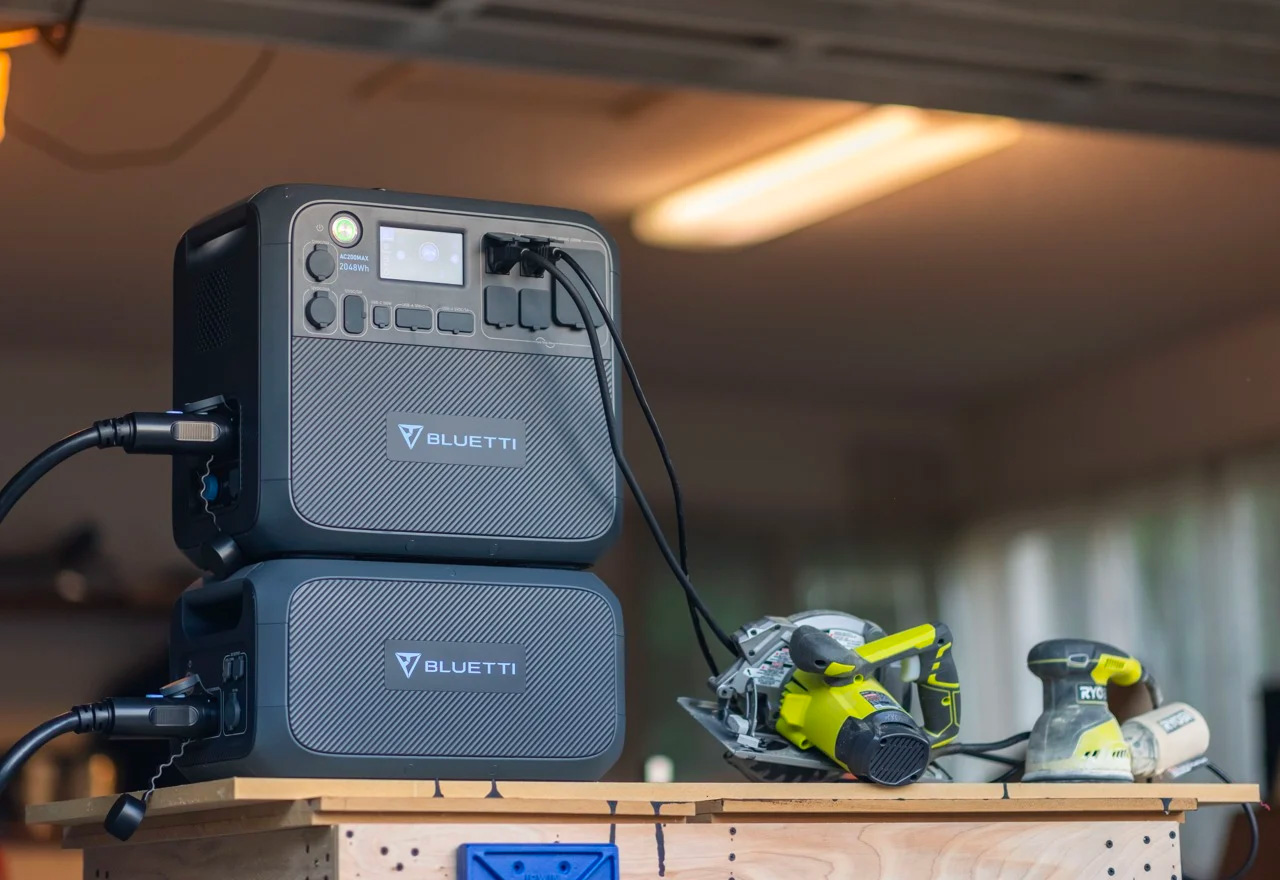 If the AC200P was Iron Man, think of the AC200MAX as the Hulkbuster suit. It comes with a 2200W output, but sports as many as 16 outlets, bumping up its predecessor’s functionality. The AC200MAX also runs on external batteries, pairing with BLUETTI’s B230 LiFePO4 battery cells that have a capacity of 2048Wh each. Need more power? Well, that isn’t a problem because you can actually pair a second battery to the AC200MAX, giving it an extra energy boost if you will. Or better still, hook it up to solar panels for consistent power regardless of whether you’re in the suburbs or the great outdoors! 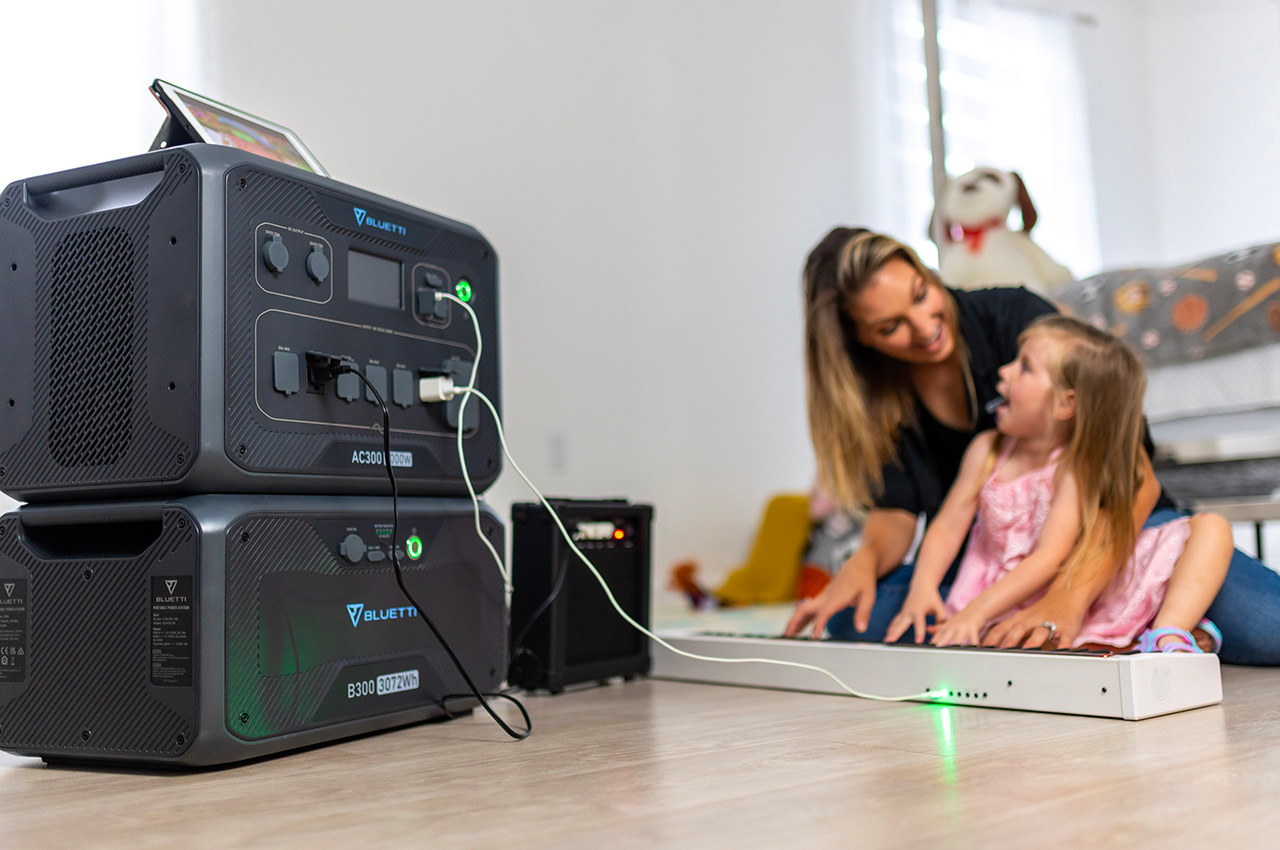 The AC300 was debuted by BLUETTI as their first modular power station, with the ability to not just add more batteries to the mix but even hook two AC300 stations together to double their output! The power station pairs with BLUETTI’s B300 battery (which has a capacity of 3072Wh), and depending on how big your house is, how many appliances you own, or even how long the power cuts in your area are, you can build out your own backup power grid by connecting multiple batteries. The entire setup is portable, which means you can carry the power station and batteries out to camping sites, and the AC300’s built-in 3000W AC pure sine wave inverter with 16 outlets gives you the ability to keep your house, campsite, or backyard party running with no hiccups! Is there support for solar panels too? Why, of course!! 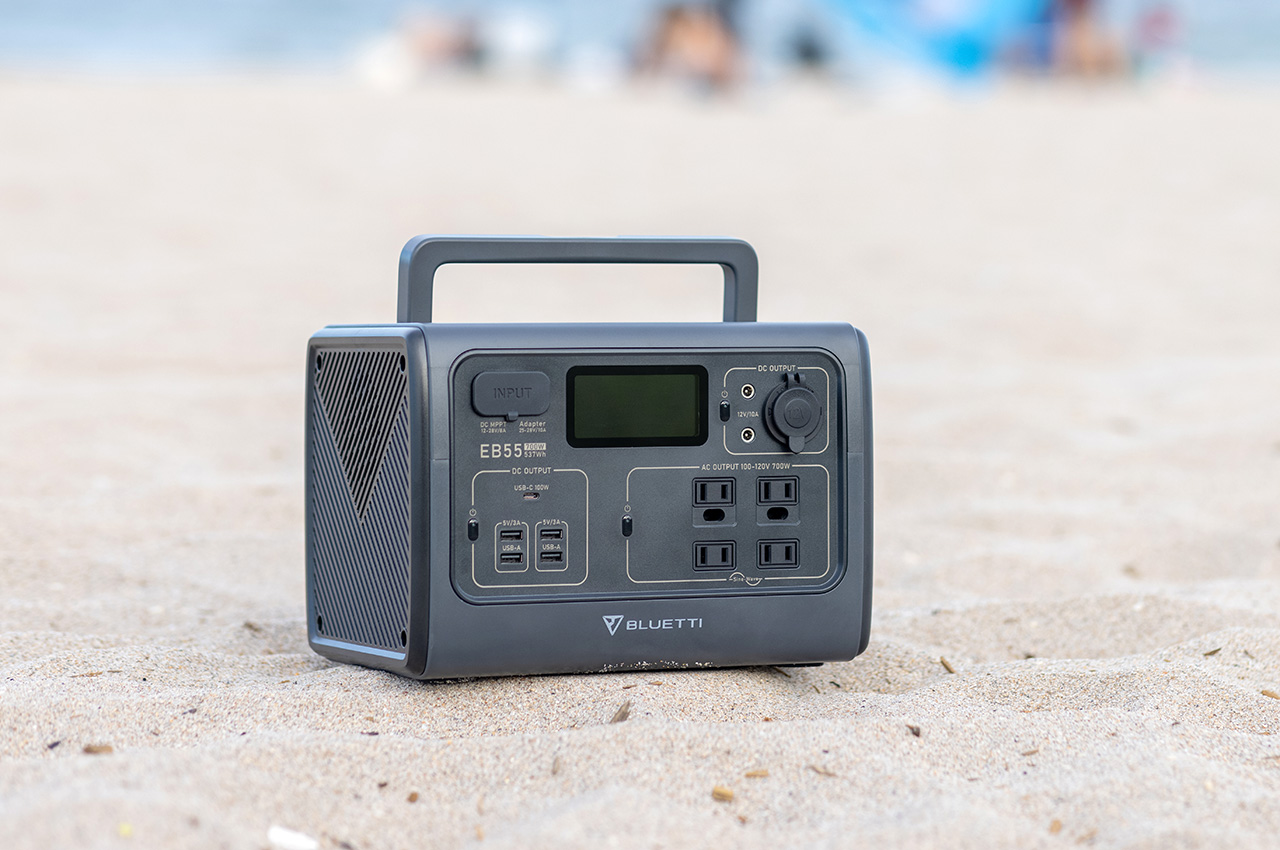 If your needs are as small as your budget, BLUETTI’s travel-friendly EB series is the perfect solution for portable power. A bigger sibling to the EB3A (which we gave the Most Affordable tag), the EB55 can put out 700W of power (peaking at 1400W), with a 537Wh internal battery that lets you head outdoors for solo or group camping trips, or even on outdoor photoshoots. The EB55 is fairly portable, weighing 16.5lbs (7.5Kg), and comes with a built-in handle to help you carry it around with you. 11 outlets on this bad boy let you charge every conceivable personal device you own, from your phone to your drone, to even your laptop! 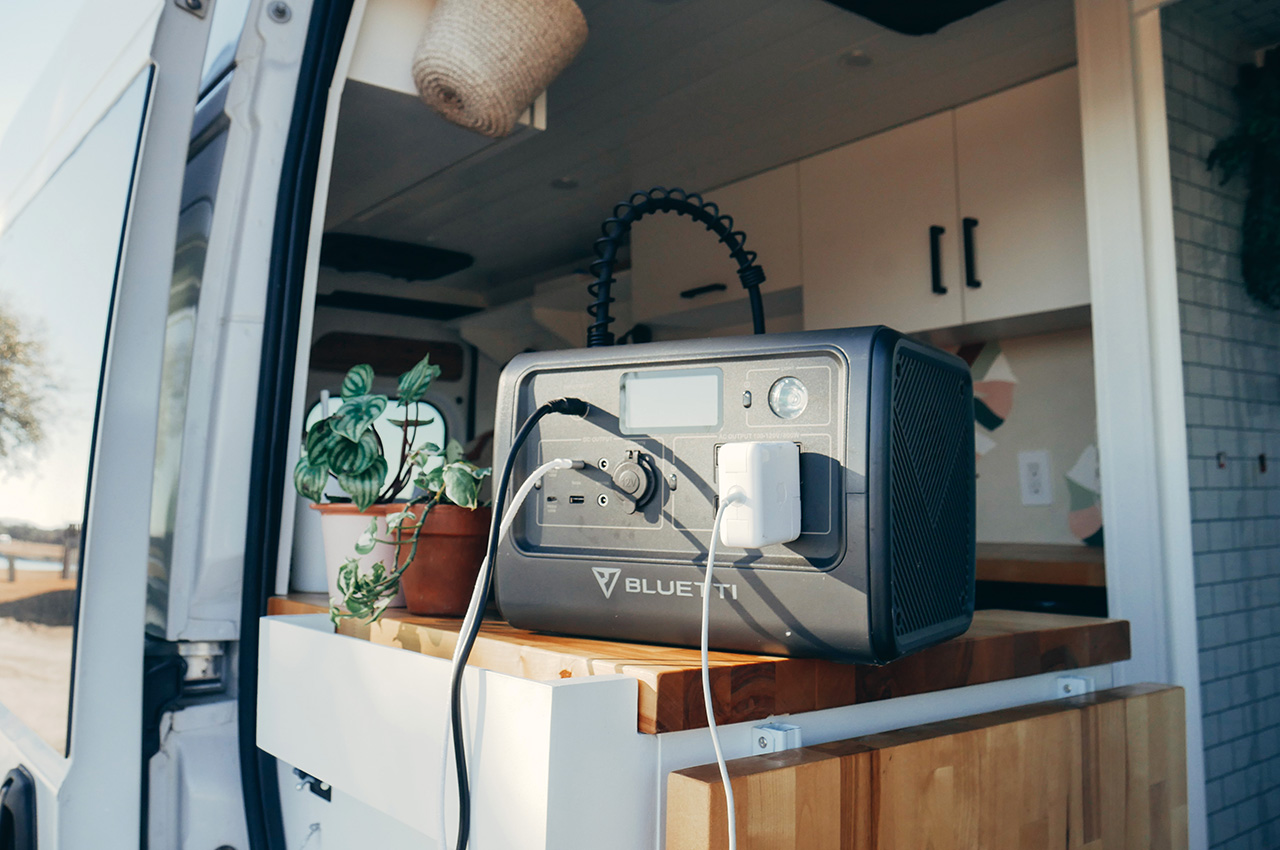 A little more capable than the EB55, the EB70S has an 800W output and a built-in 716Wh battery. The perfect tailgating companion, this portable outdoor must-have can juice a 75W television or mini projector, and even a 90W mini fridge for a good 6-8 hours on a full charge. It lets you plug in up to 12 devices simultaneously, and boasts of a compact, carry-anywhere design that’s perfect for the trunk of your car or pickup truck. 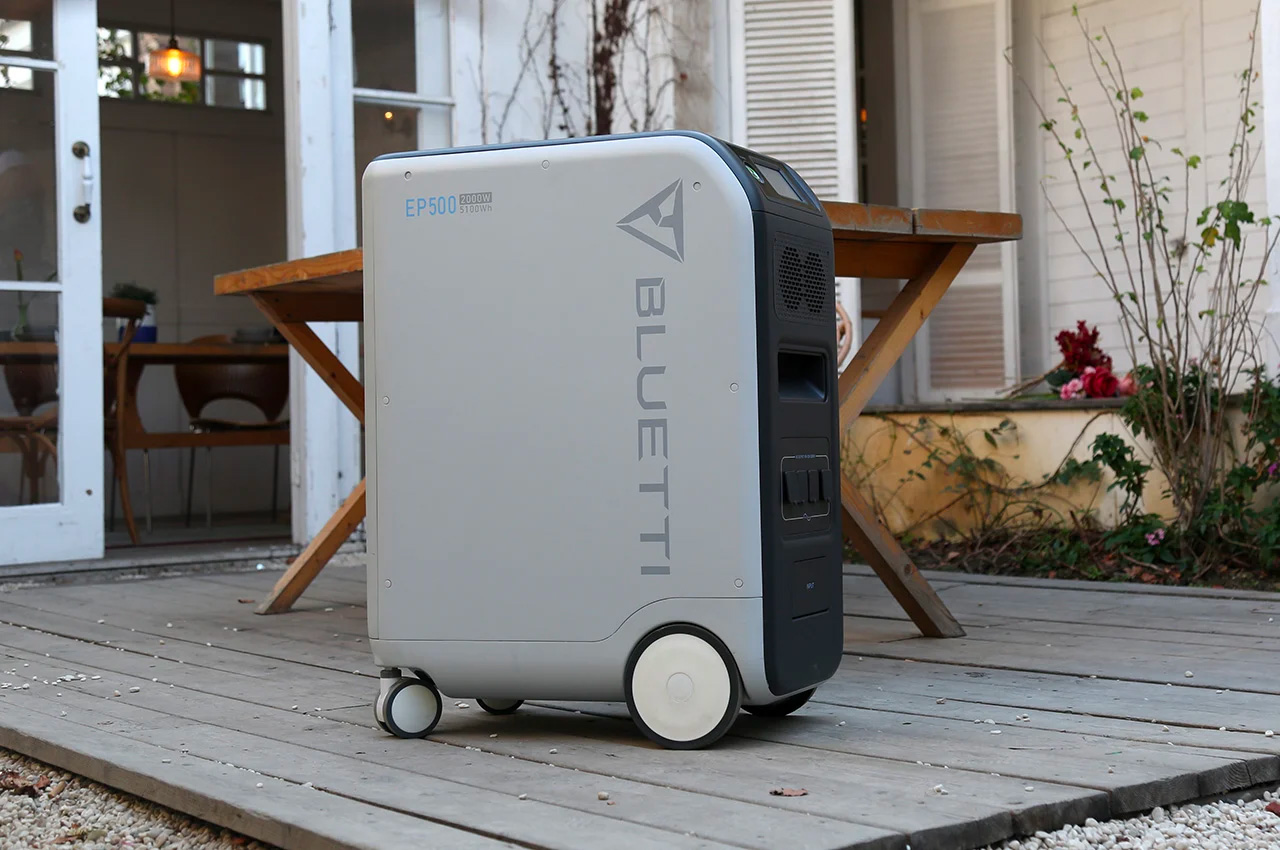 These two bad boys are a lot larger than any of the other power stations on this list, but that’s because unlike the other heavy-duty power stations, the EP500 and EP500Pro come with their own batteries built in, giving you a single, monolithic solution to all your power woes. They both boast a battery capacity of 5100Wh, and come with power outputs of 2000W and 3000W respectively. Size may be the only thing against the EP500 and EP500Pro, but where they lack in compactness, they make up for with their high-mobility design featuring four smooth at their base. 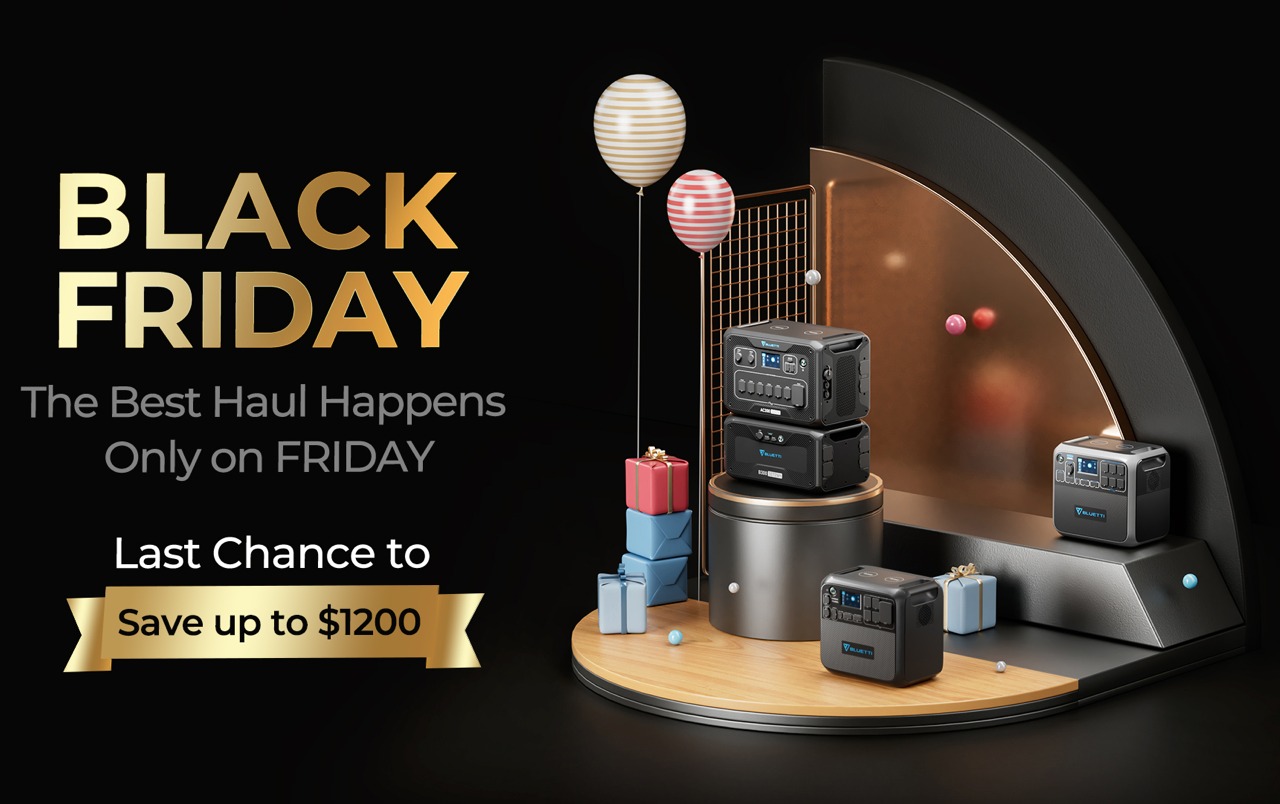 Head to BLUETTI’s website to check out all these stellar Black Friday deals! They’re valid till November 30th, so grab them while you still can… and don’t forget to enter the Lucky Draw or grab a few Mystery Boxes to win assured freebies!

I’m not a huge fan of wall coverings but there’s no denying that this simple, modular solution is pure genius. Using a combination of cards…

The Nex table and Rail chair, the latest from Alpestudio, are simple yet intriguing additions that play on contrast and material. The Nex table can…

We take a breath as many as 30,000 times a day! Unfortunately, for those with asthma and other respiratory conditions, this means 30,000 opportunities for…

Bathroom Designs that are your personal space to escape to and de-stress!

Bathrooms are often ignored, but in all honesty, they shouldn’t. They’re the little alcoves we spend a substantial amount of our time in, carrying out…