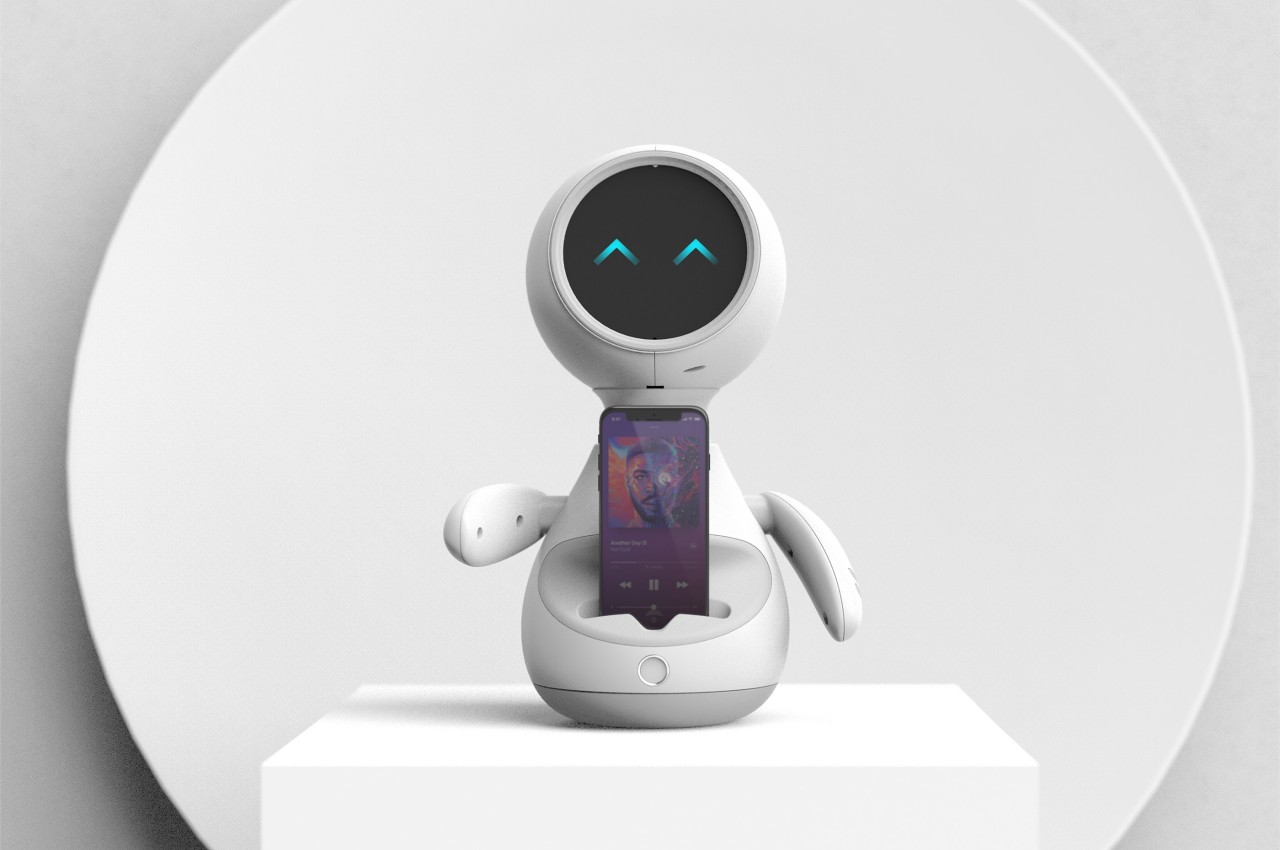 We shouldn’t really be holding our phones all the time unless we’re actually working on or with our phones. The chances for distraction are too high when you have your mobile device too near, but the FOMO (Fear Of Missing Out) syndrome is just too strong for some people. There are plenty of stands and docks that welcome your phone with open arms, but most of these feel too technical or even clinical to assuage our apprehensions. In contrast, this little desktop robot is more than just welcoming; it’s almost as if it’s embracing your smartphone to give its owner a bit of emotional support through features and expressions that seem to convey your smartphone’s feelings while separated from your hands. 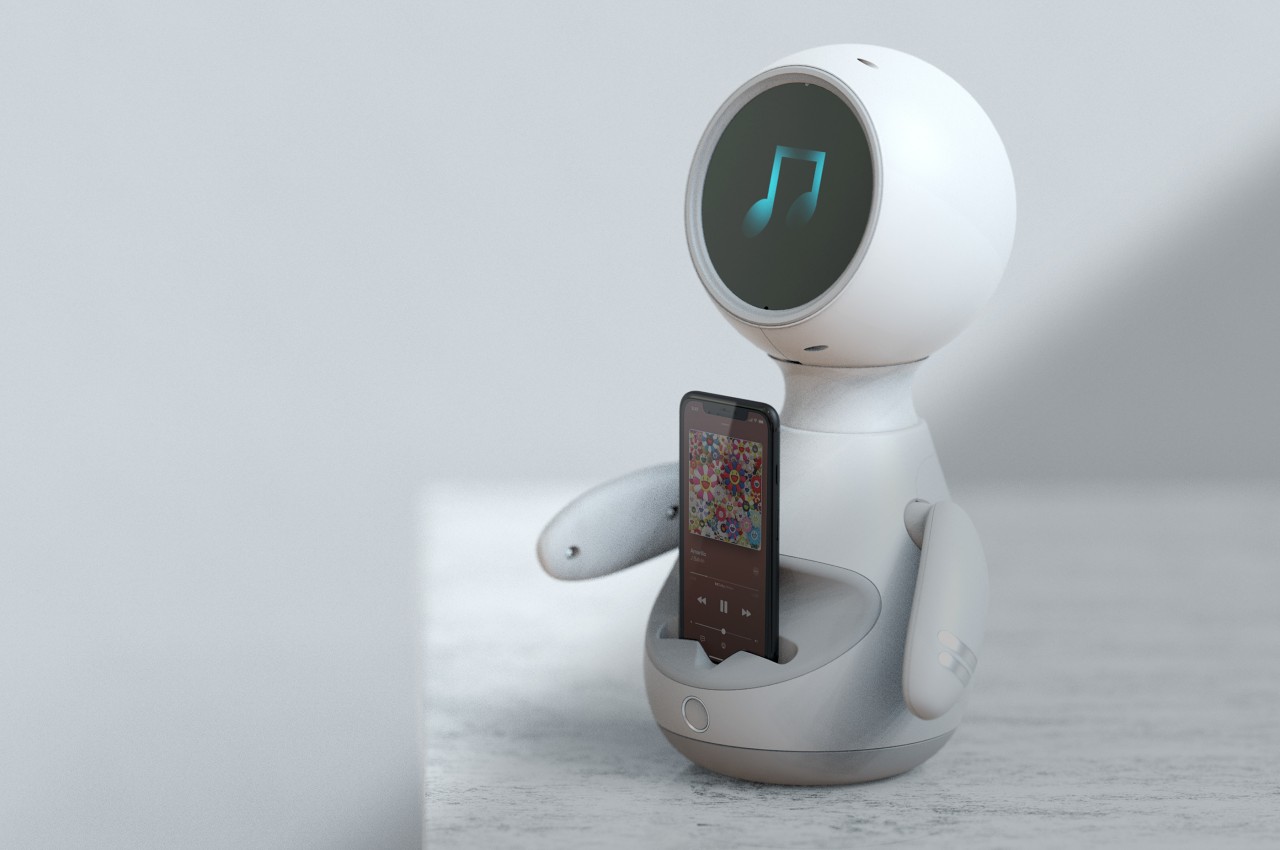 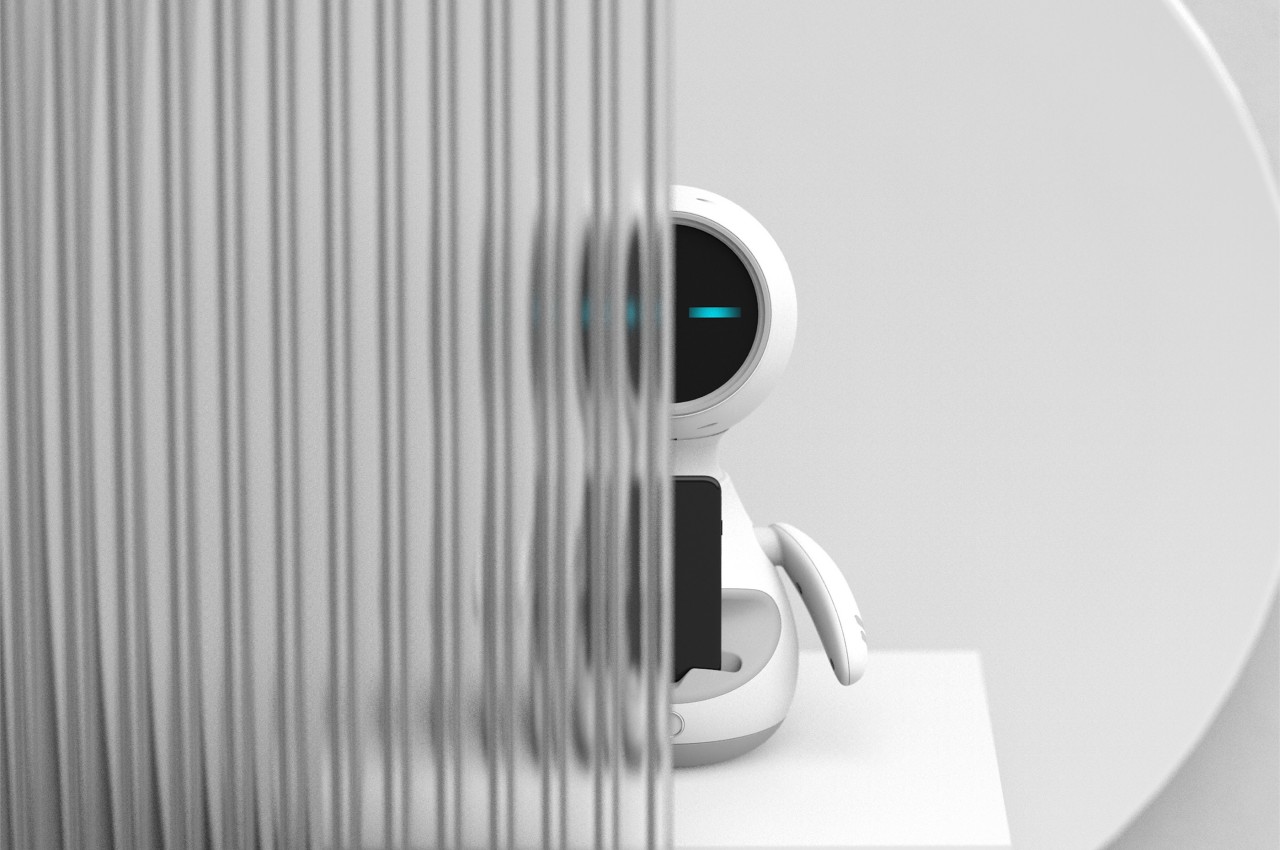 There is no shortage of accessories that provide a temporary home for your transient smartphone. Some are simple stands that prop up the device so that the screen is always visible, while others give the chance to recharge your phone while resting. There are even some that can turn a phone into something like a smart home display or smart speaker with a screen. The Robot concept named Ribo isn’t as sophisticated as that, but it does offer a more emotional and human experience instead. 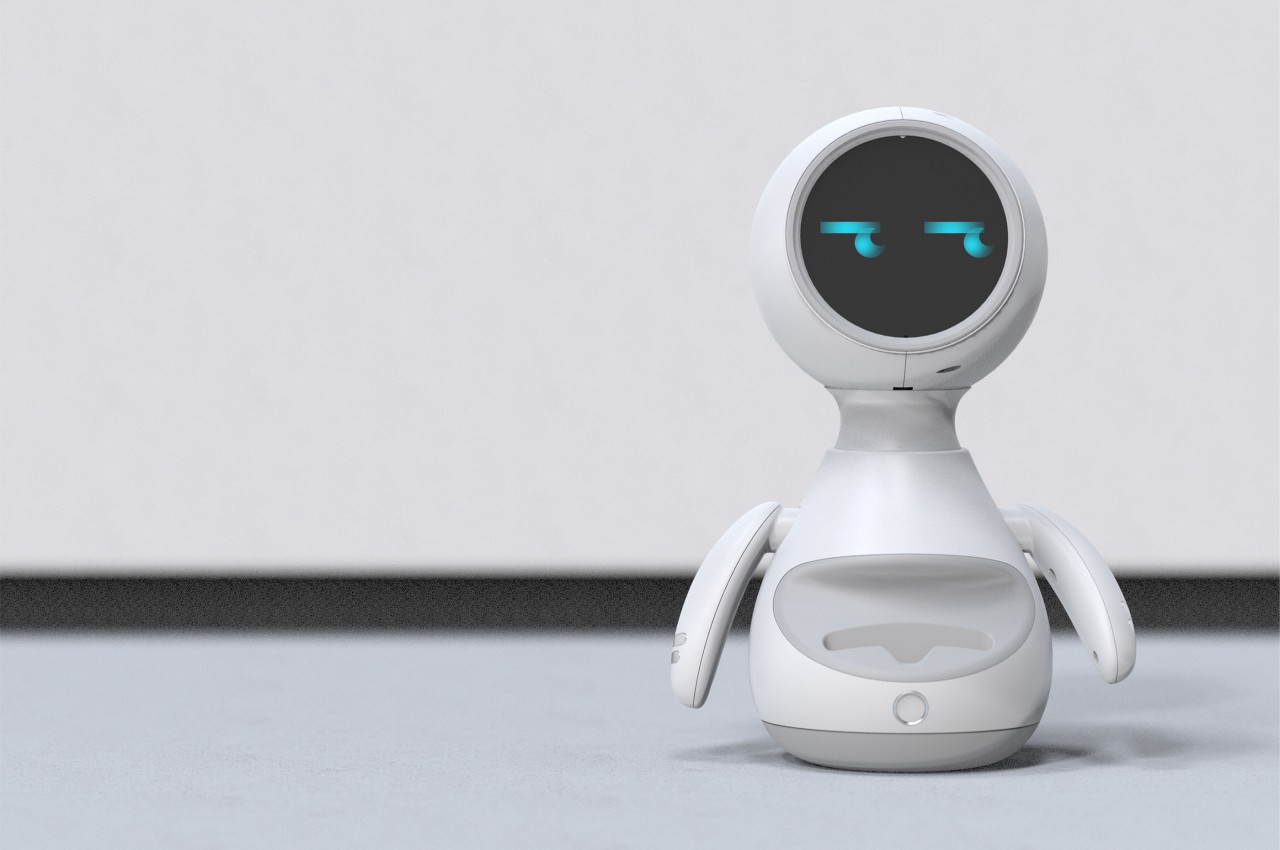 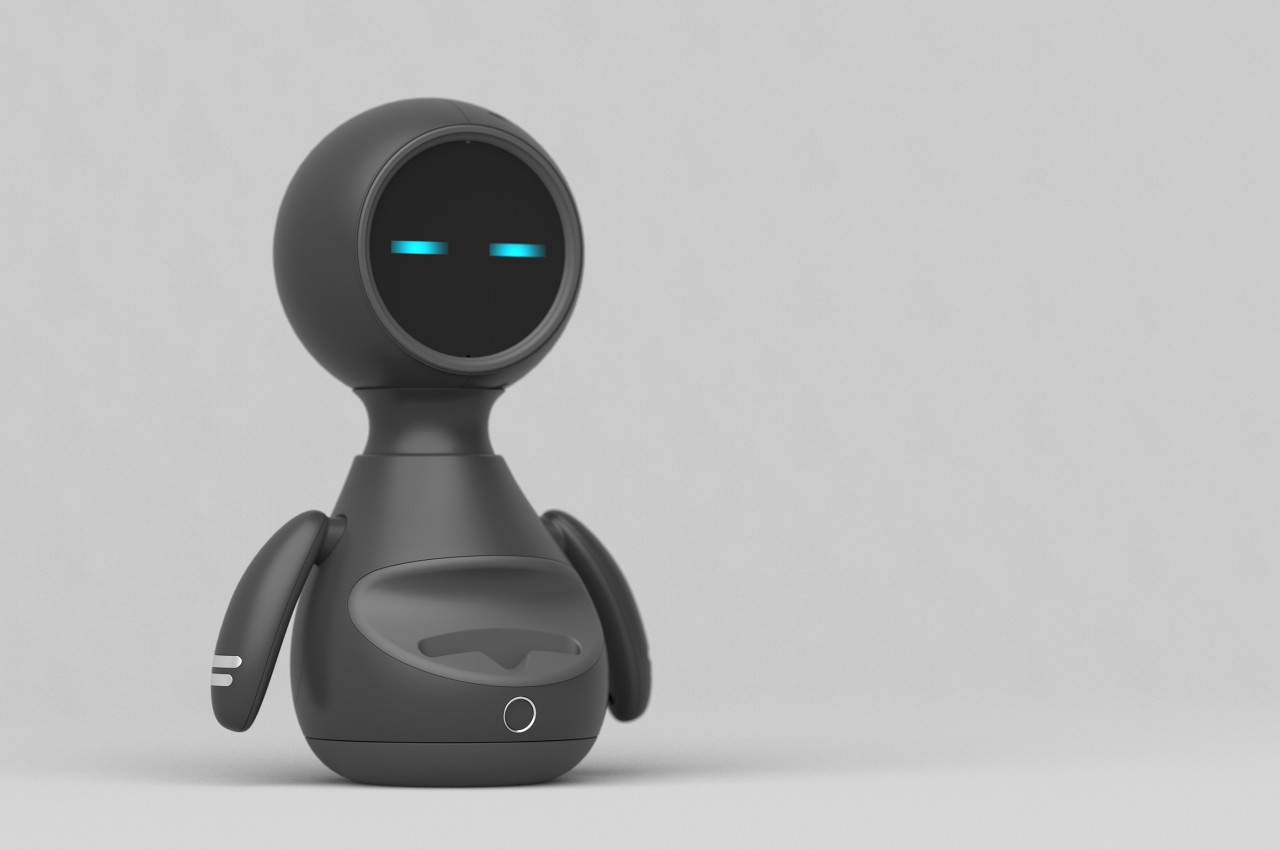 Looking like a cute small robot with its legs missing, Ribo is half a desktop pet and half a smartphone dock. On its own, it seems to be capable of expressing emotions just through its eyes displayed on a circular screen that makes up its entire face. The screen seems to be capable of displaying just one color, but shapes are more than enough to convey the emotion that the robot is trying to convey. 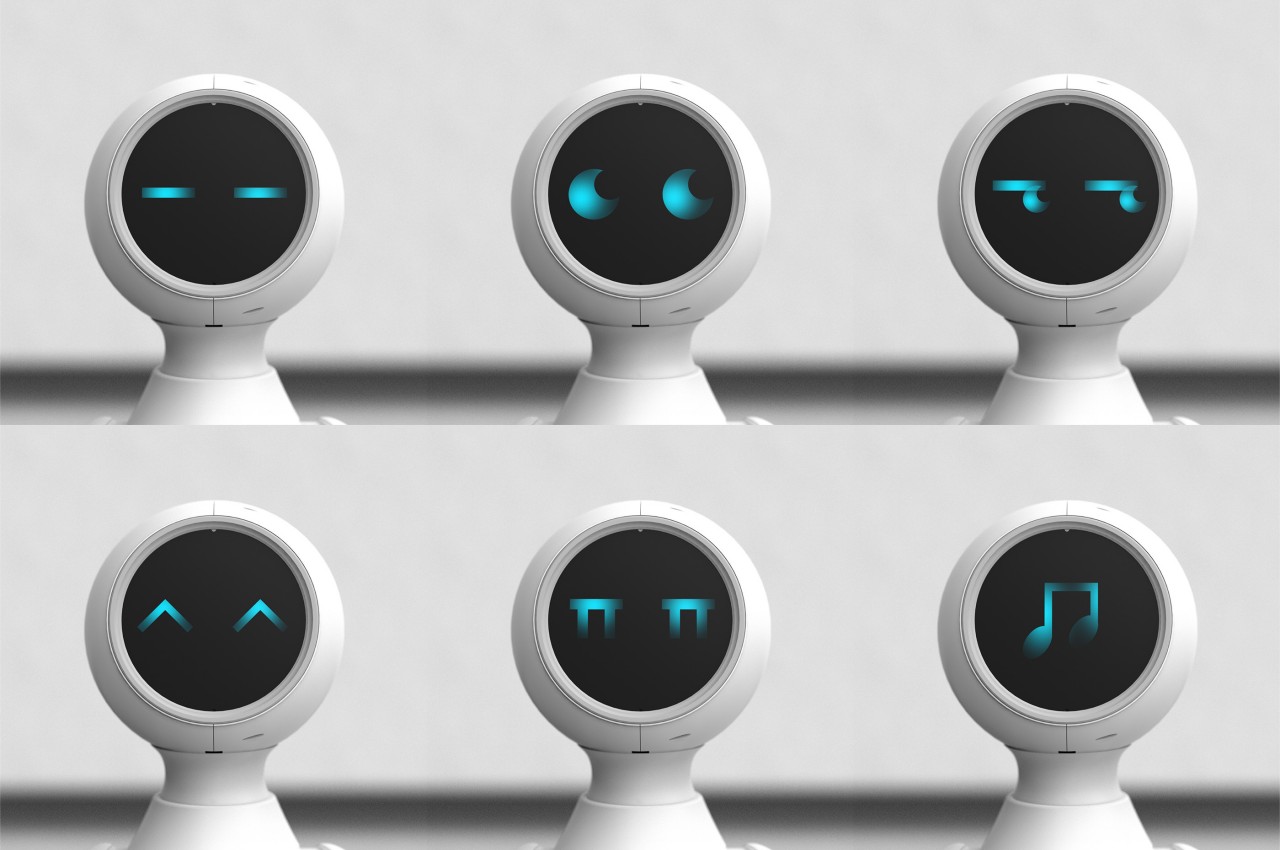 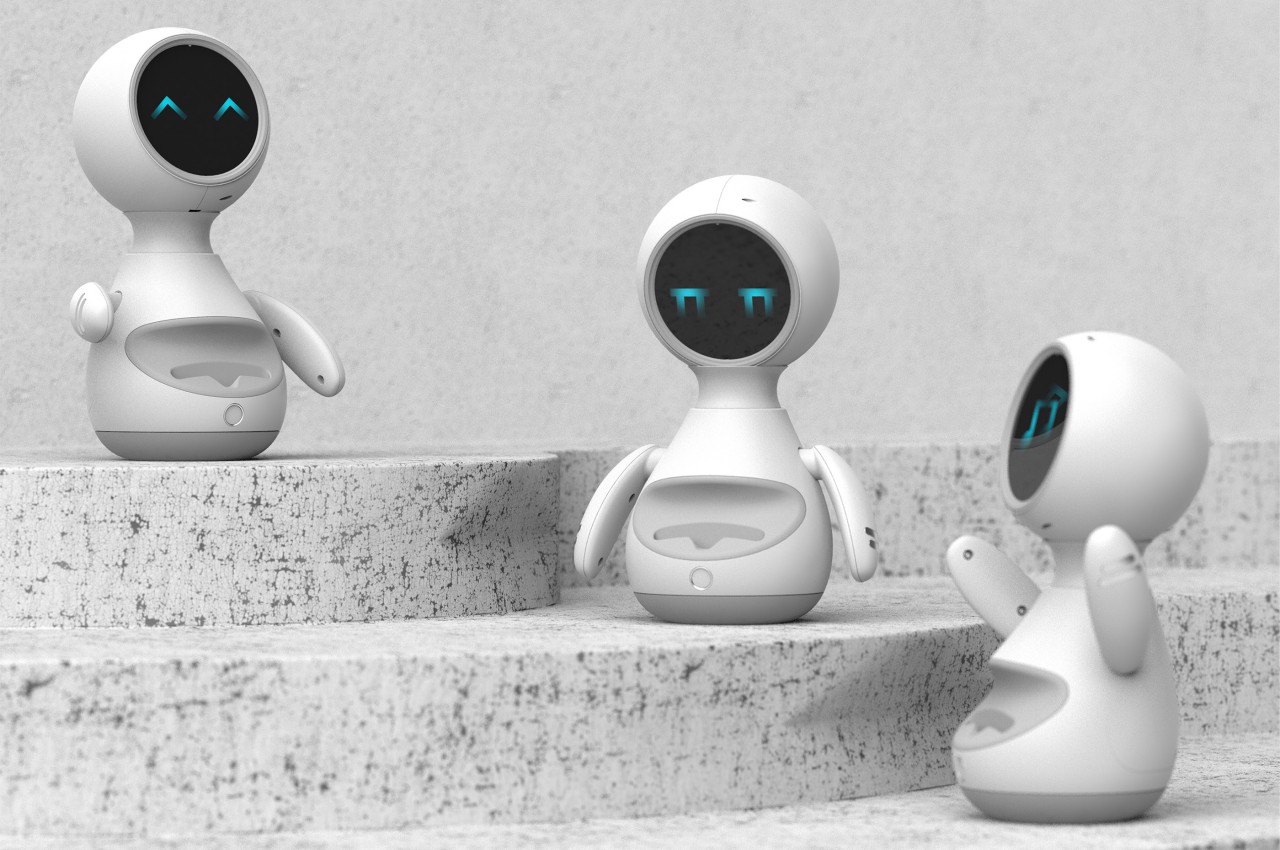 The “tummy” of the robot is where you can slot your smartphone in. There’s a slot where you can inconspicuously insert a charging cable so that you aren’t constrained by what part the robot offers. Bring your own cable, so to speak, allowing Ribo to become not just a home for the phone but also a charging station when needed. The robot does have another function that isn’t so clear in its design. If you hold both of its hands in yours, it can take ECG readings that will be displayed on your phone. 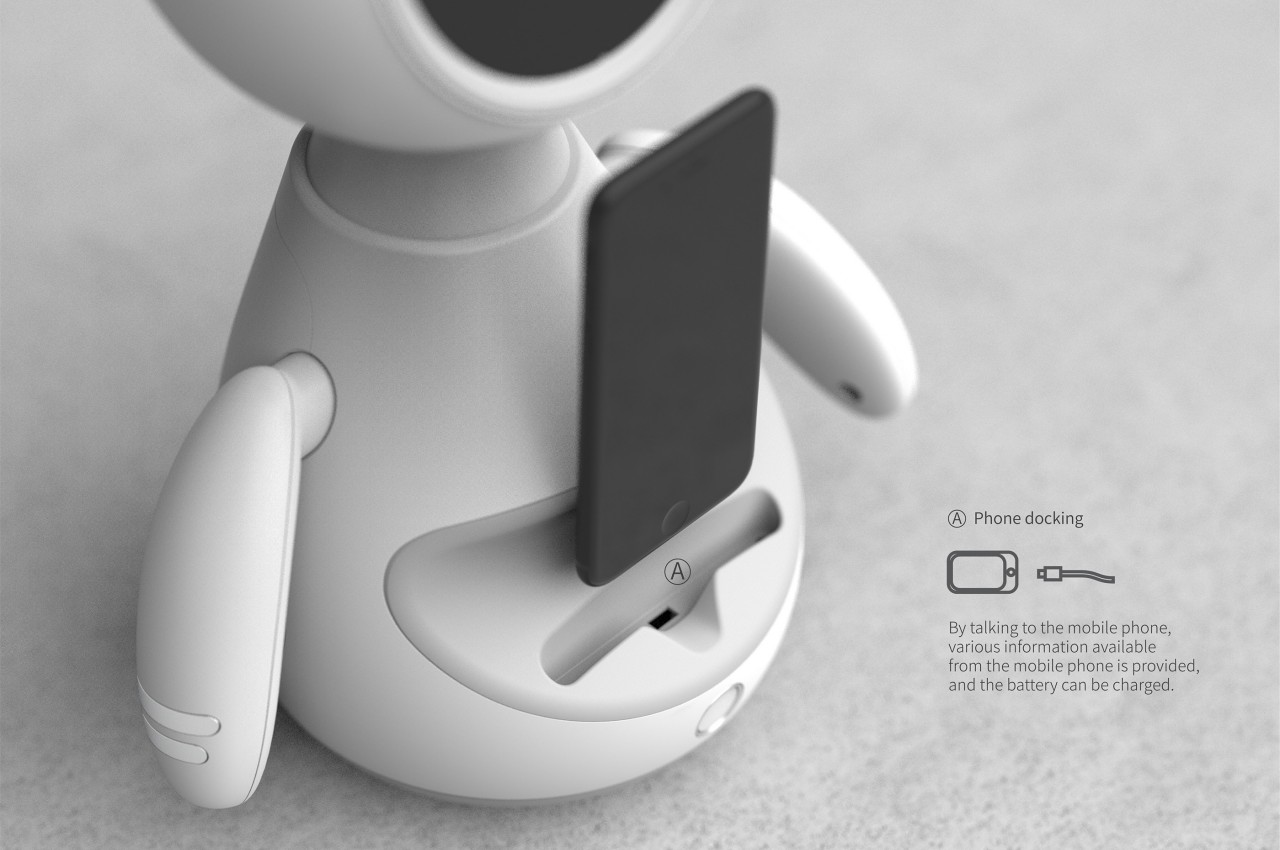 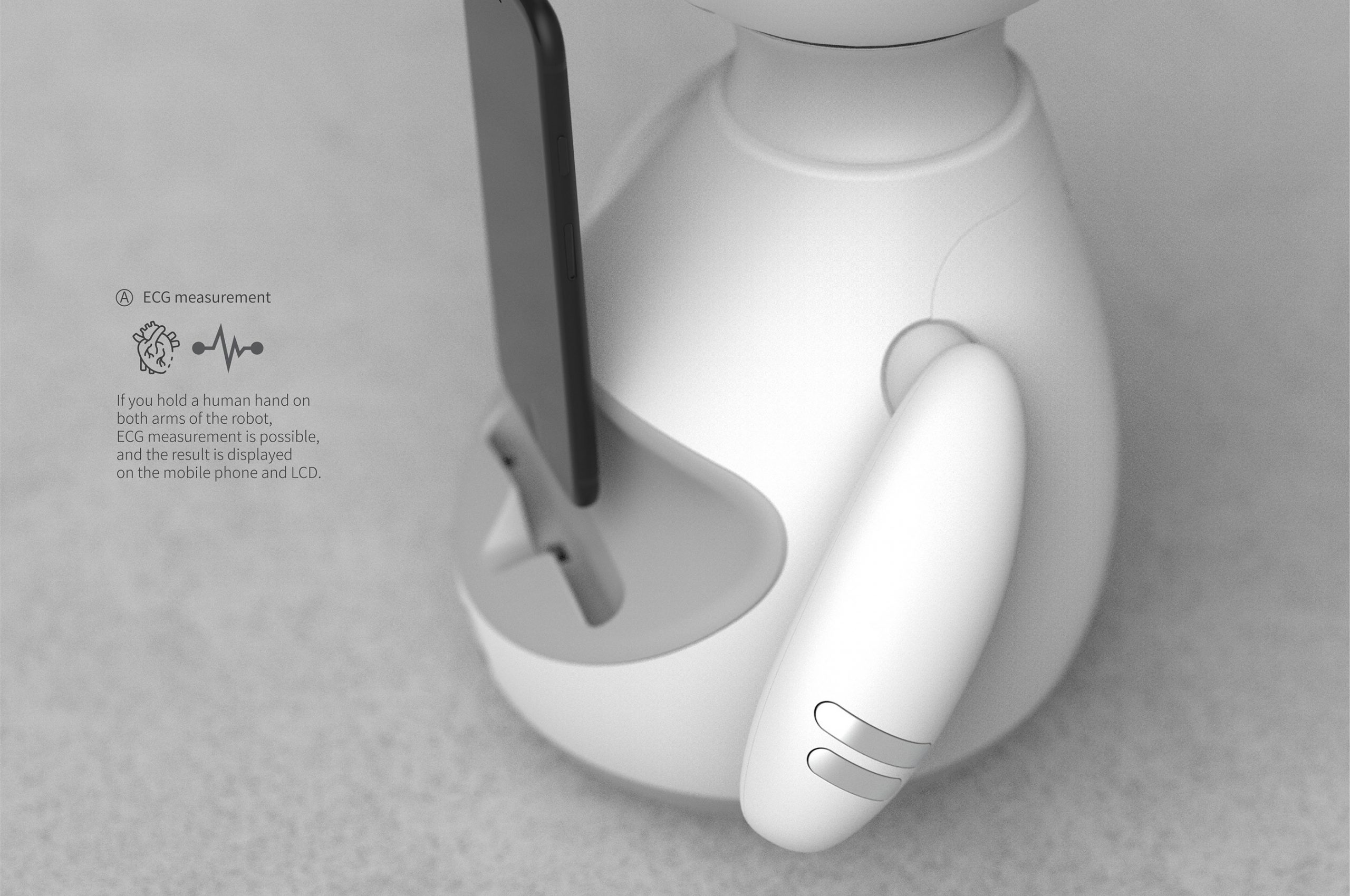 In terms of technical functionality, Robot Ribo might seem like a step back compared to smart docks with wireless charging and advanced features. What the design brings to the table, however, is a more personal and more approachable connection with technology. Thanks to its anthropomorphic form and humanized “face,” the robot makes technology feel a bit less cold and uncaring, especially with a function that can check your heart’s state by holding hands with the robot. It might look like an inconsequential detail, but it can have a huge impact on how humans approach technology, just like how many home and service robots are getting adorable and human-looking designs. 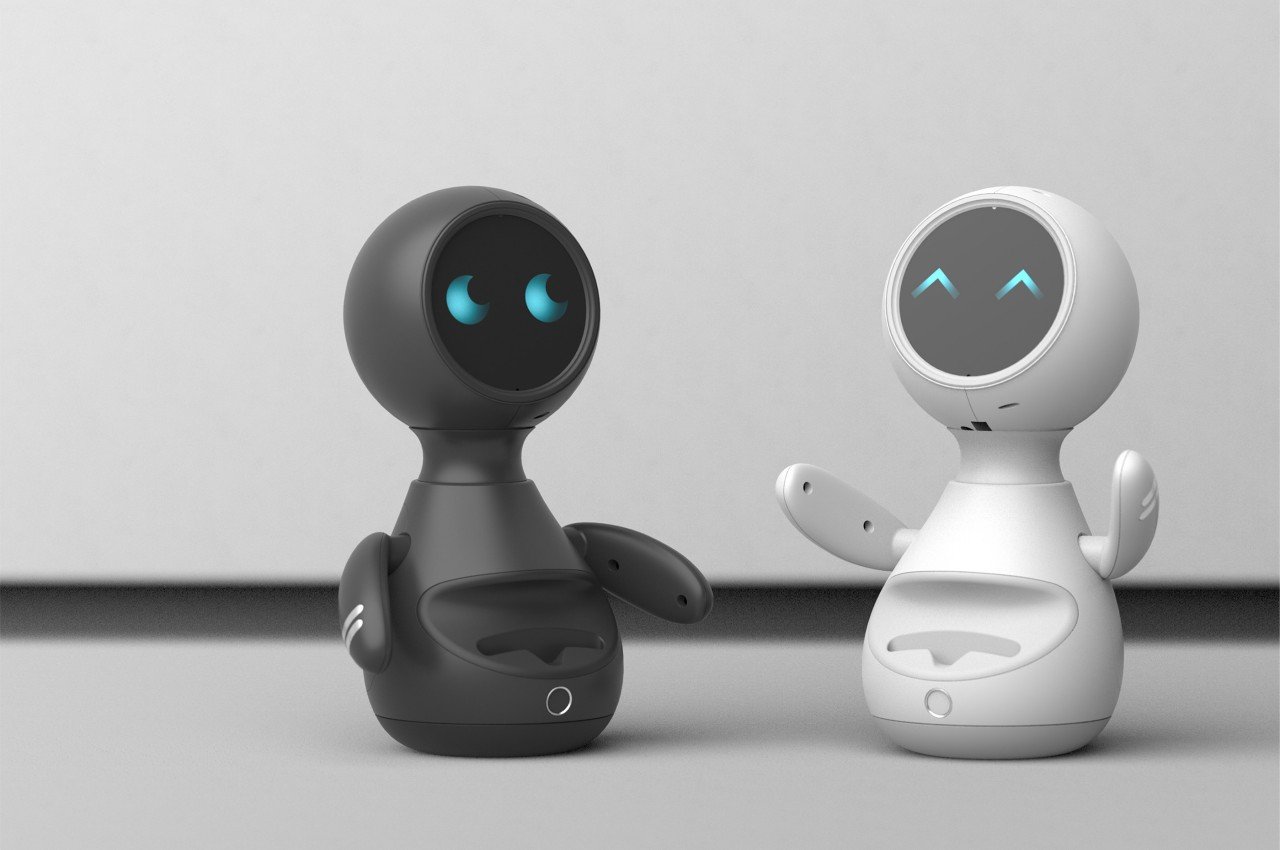 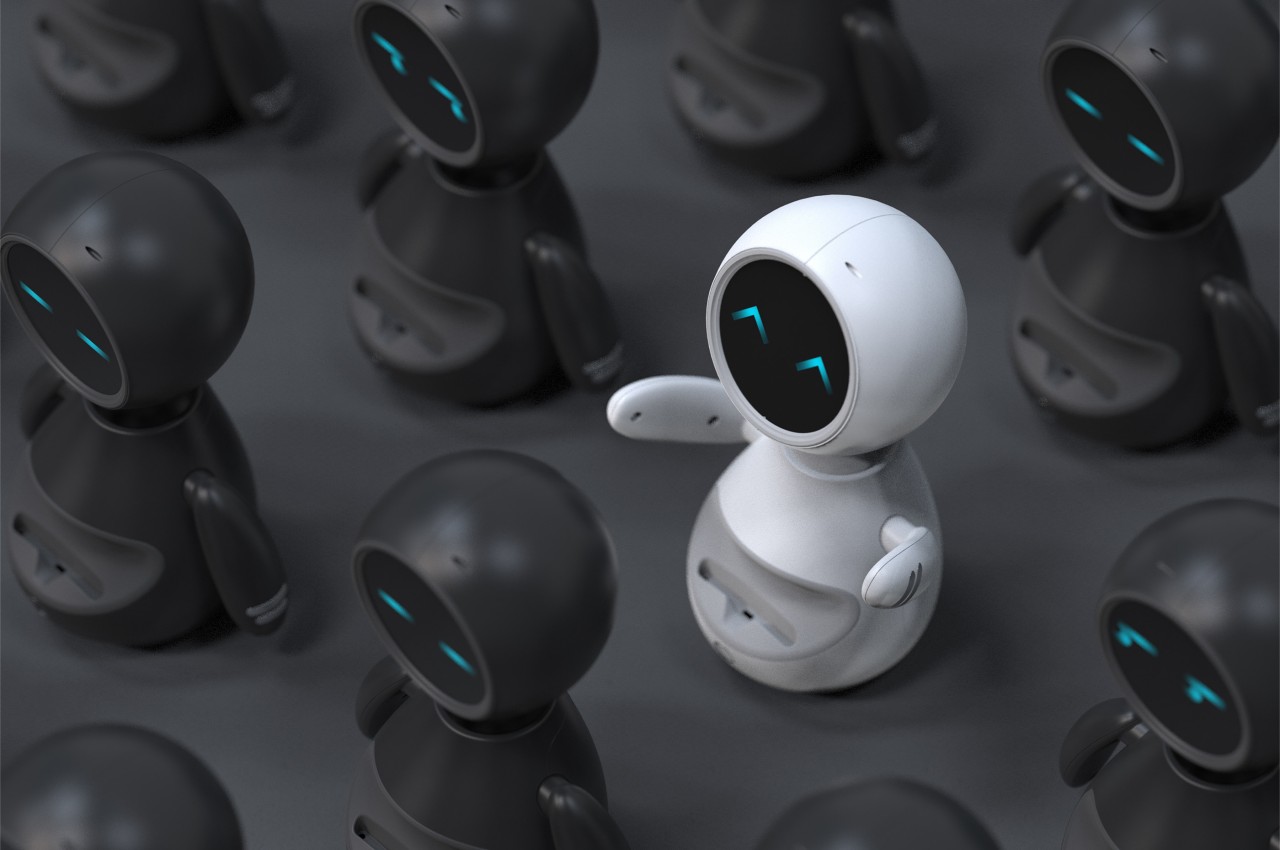 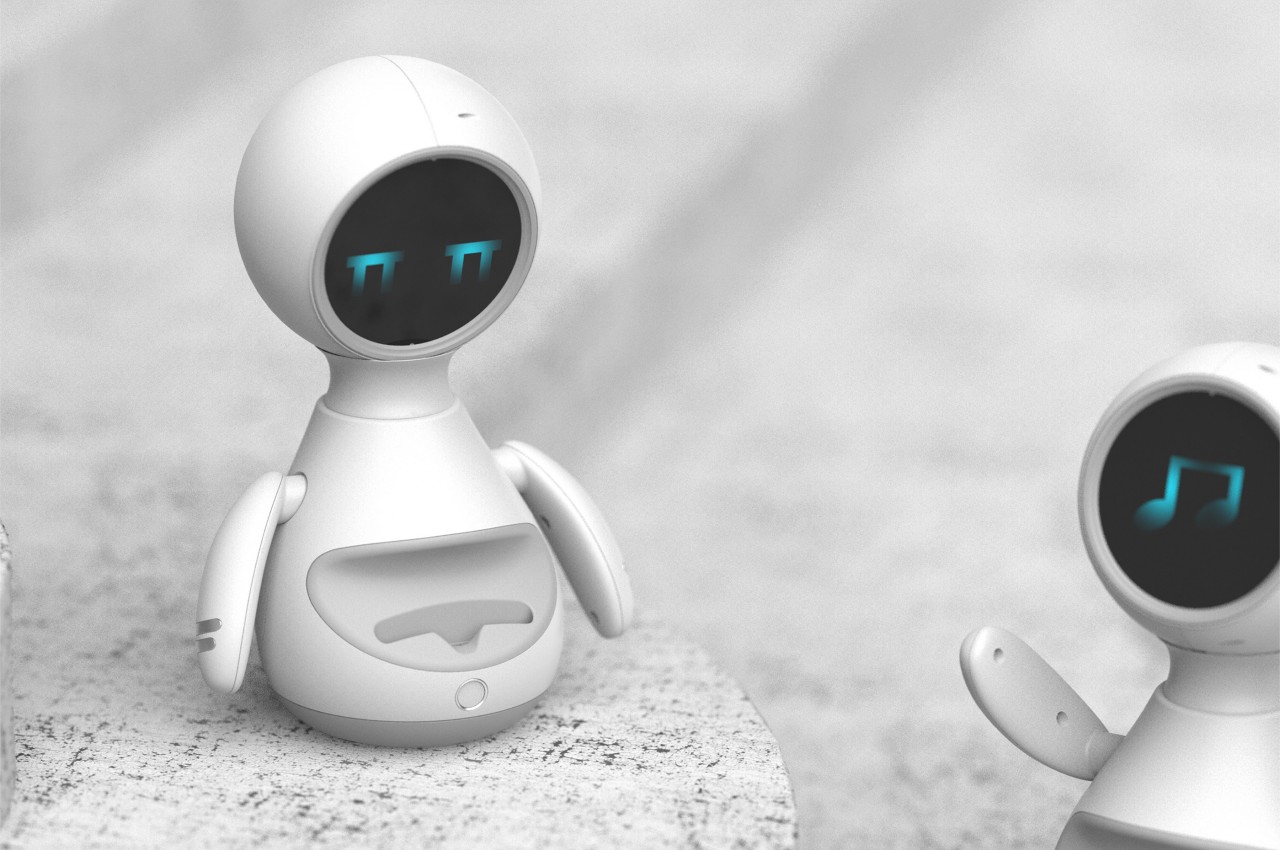 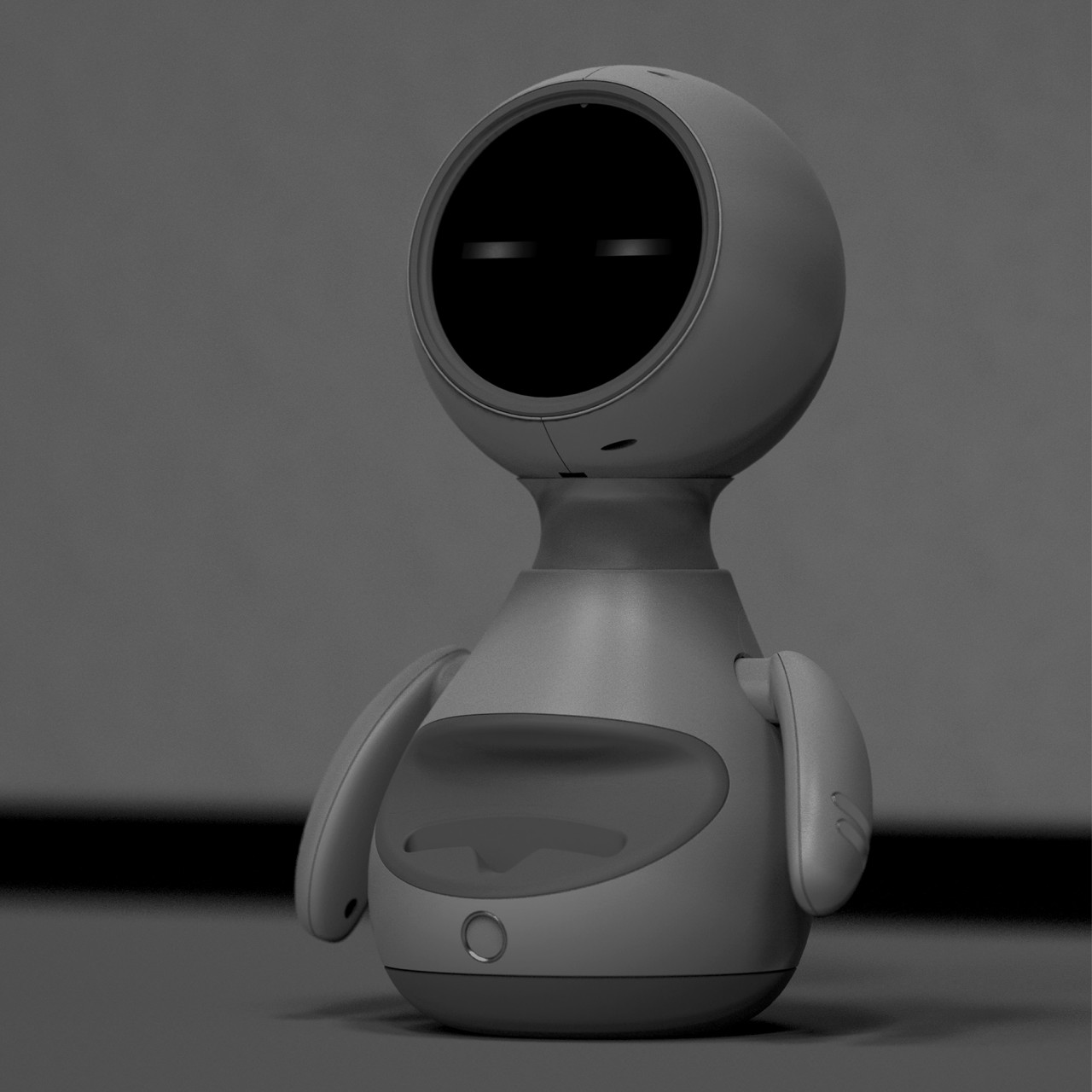 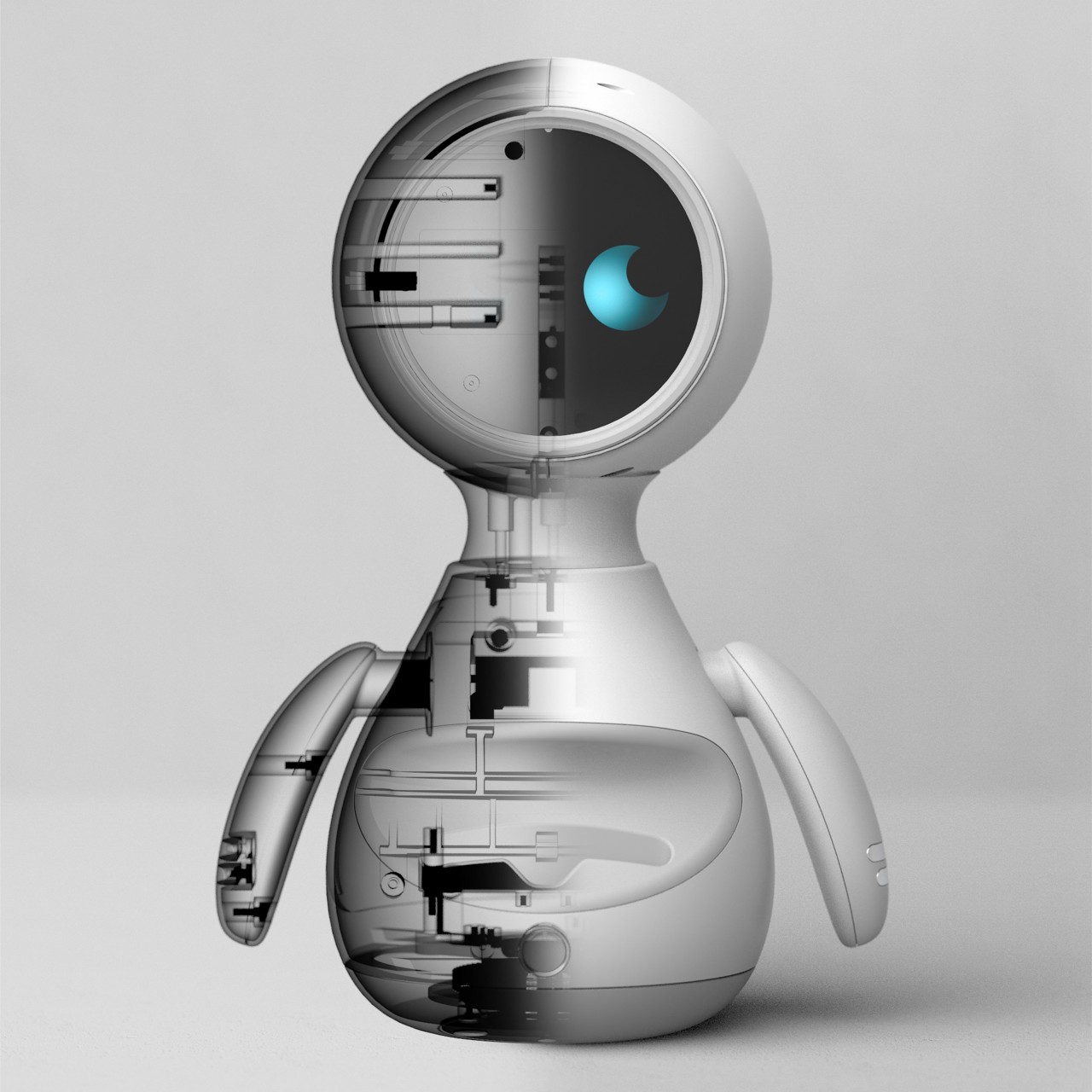 Even decorations will be digital. These digital placemats are made of flexible screens that can be rolled as paper. Images can easily be downloaded and…

https://youtu.be/YhumNcP4jtI Almost all phones today have wireless charging built into them, but not many of us own wireless chargers. The reason would probably be that…

The Power of Rhythm

Studying rhythm is beneficial to us in a variety of ways which we don’t even notice. It creates more neuron connections, improves our moods, and…

Adding sound effects to your life!

https://youtu.be/fV_vISZs6LM The more I think about it, I would have loved to have the Moff band as a child, and it would have probably driven…