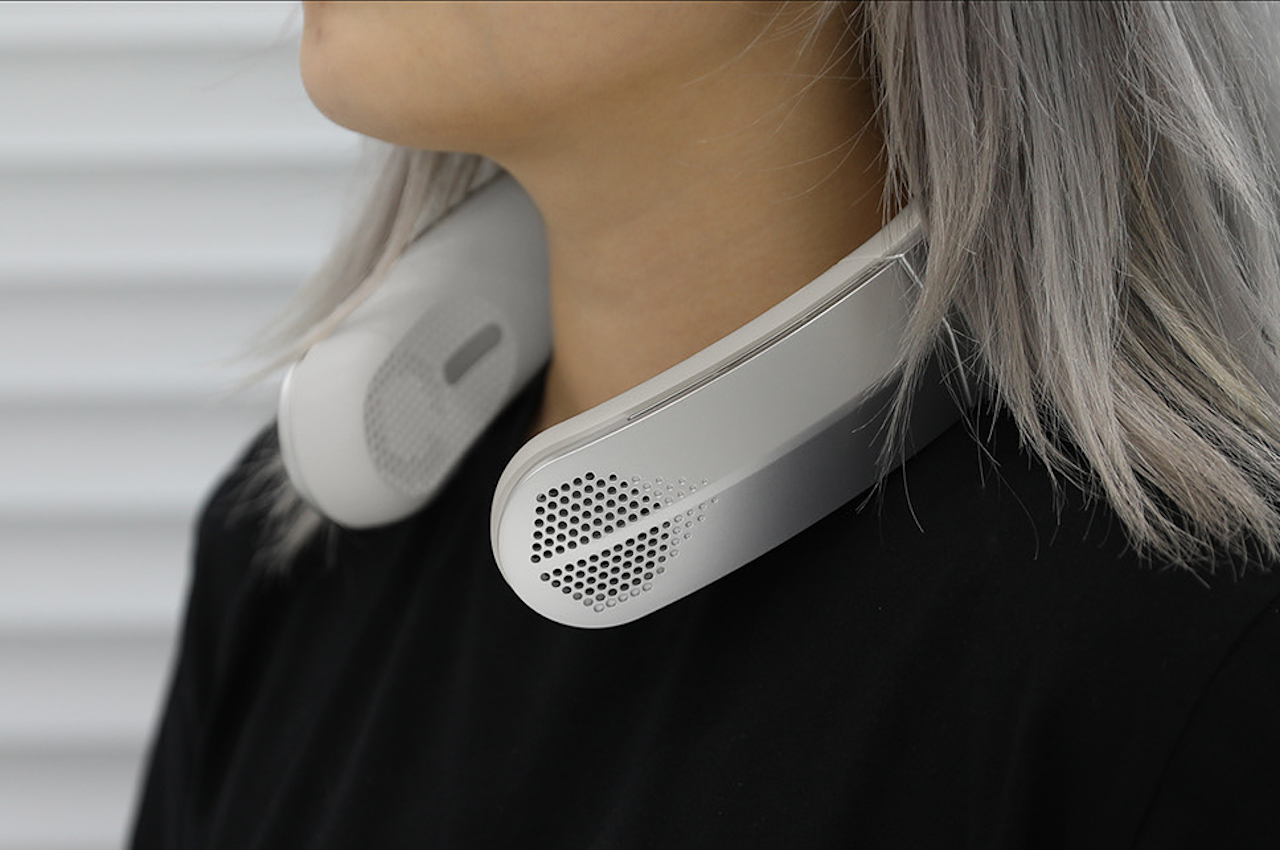 Trying to prevent a heat stroke during a heat wave can be a bit difficult if you have no way of escaping the onslaught of rising temperatures. Depending on air circulation and conditioning, staying indoors might make you feel like you’re being roasted slowly. The sun and humidity might make going outside even more unbearable, especially when you don’t actually have any choice in the matter. There was a time when portable handheld electric fans became a weird fad that many begrudgingly adopted just to escape the heat. Something that’s just as convenient but also more fashionable would be a better solution, and that’s something that this neckband concept is trying to propose to keep your head cool during hot and humid days. 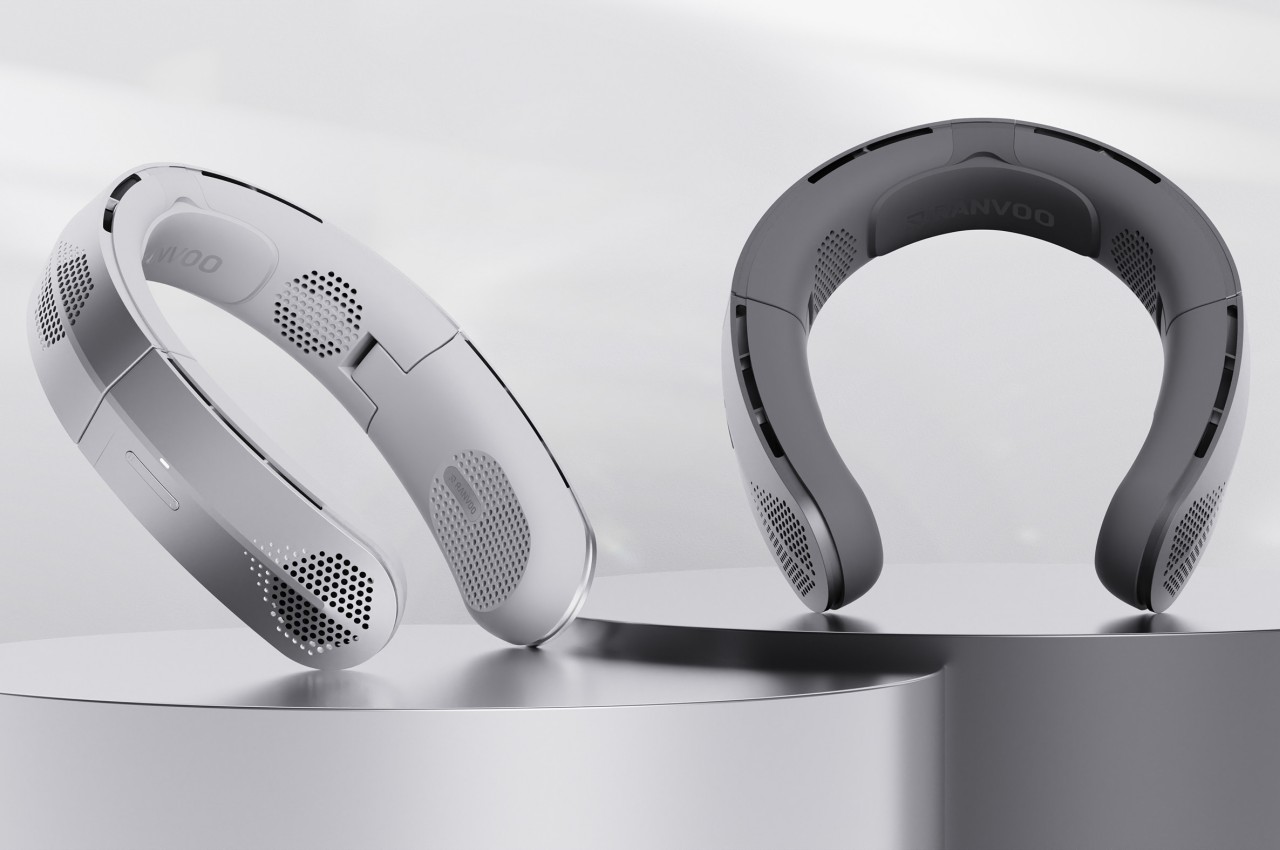 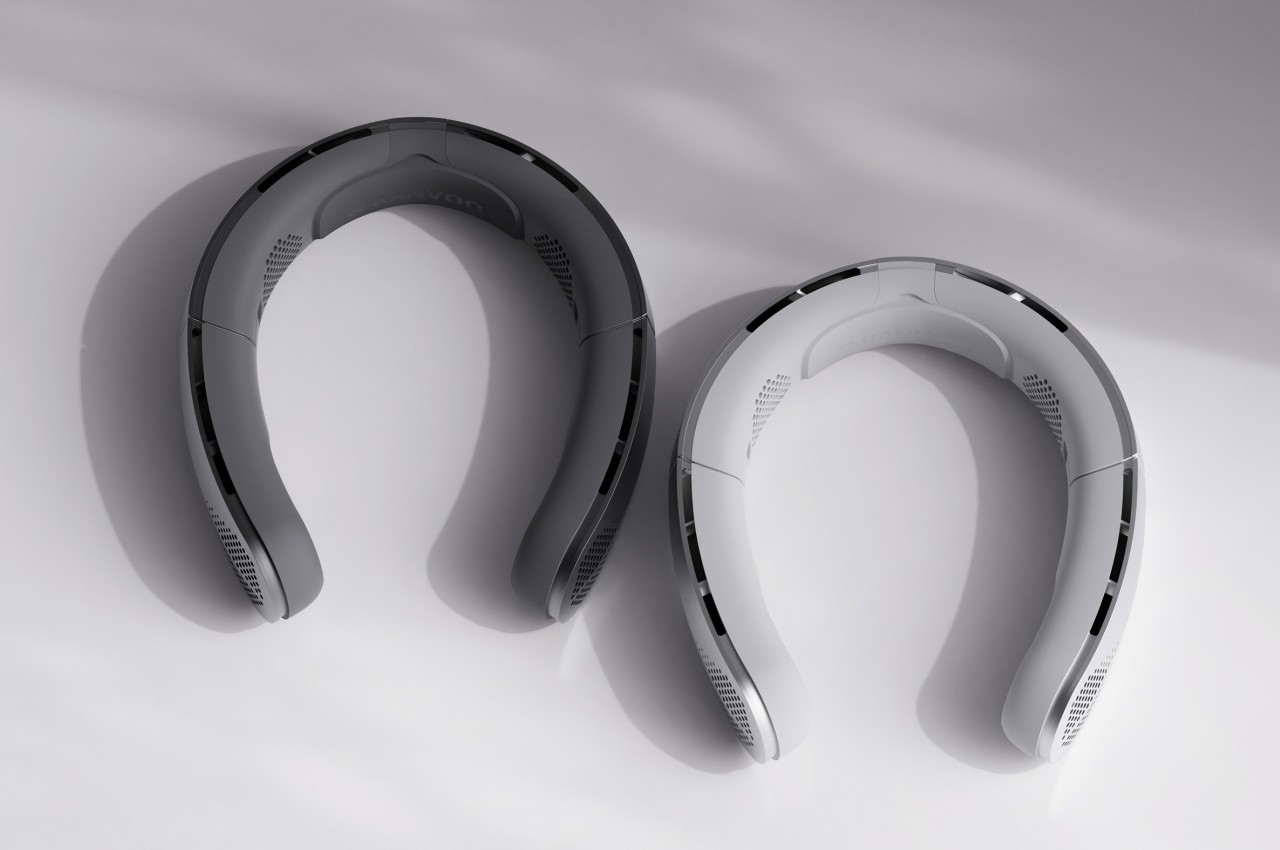 Run-of-the-mill handheld electric fans are convenient because you can take them anywhere and use them almost anywhere, but that’s pretty much all the advantages they can offer. They’re cumbersome to use, requiring to be held in one hand, and they’re awkward to look at because of the traditional design of fans. They’re not exactly that effective either in cooling you down because they would just circulate hot air around. 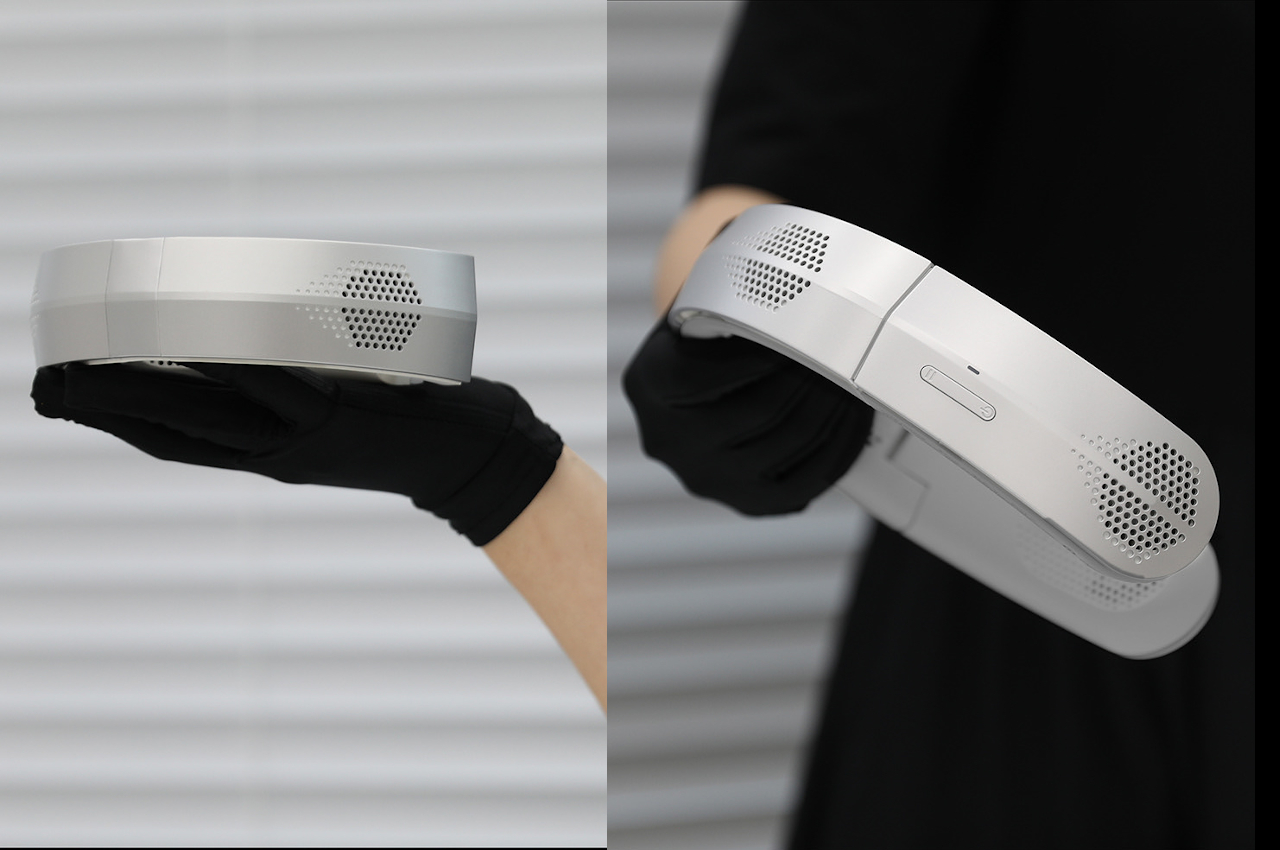 The Neckband Fan Vision tries to break free of all these limitations in a way that can almost be described as stylish. With the existence of accessories like around-the-neck earphones and headphones that you can hang around your neck when not in use, wearing a neckband device won’t look as odd as holding a miniature fan in front of your face. Plus, it also gives off a cyberpunk or futuristic vibe, like some hi-tech collar that sets you apart from mere mortals. 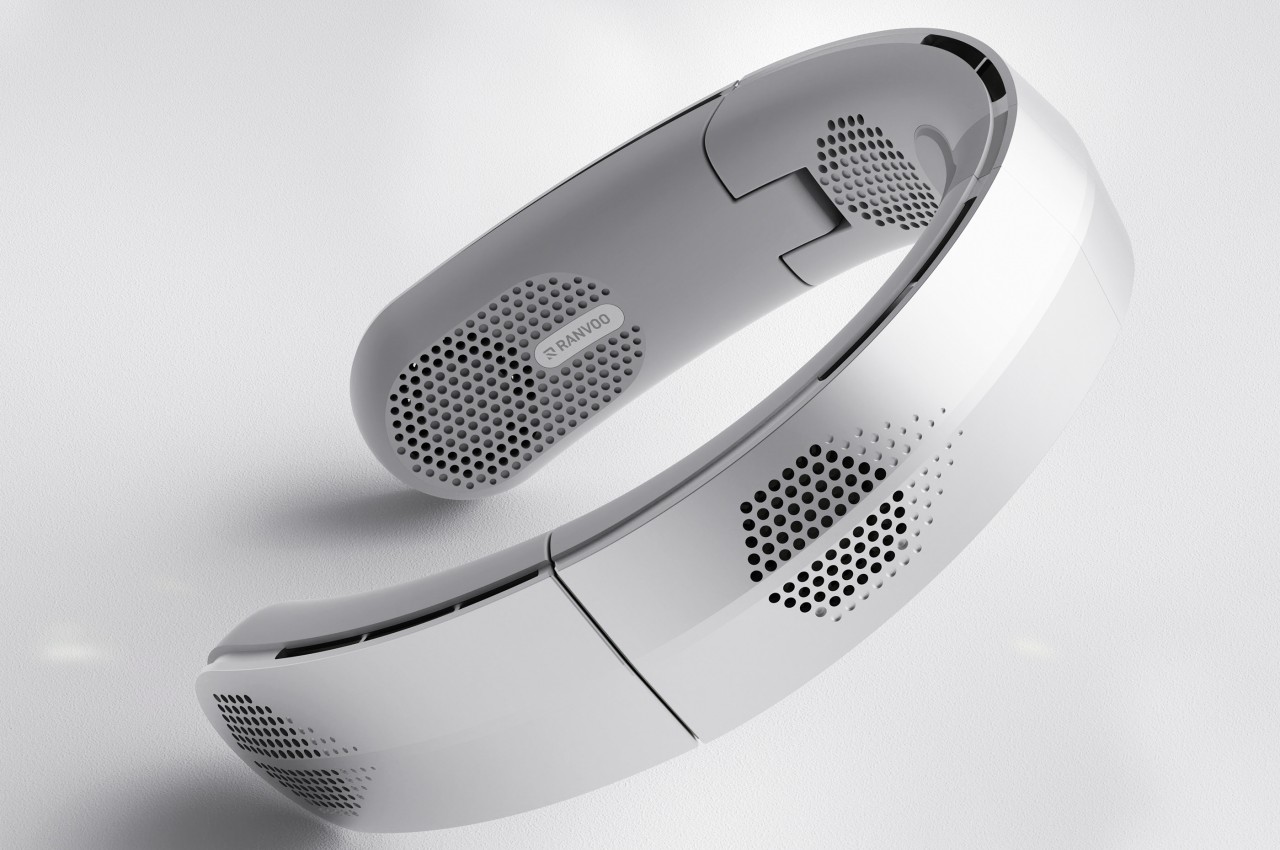 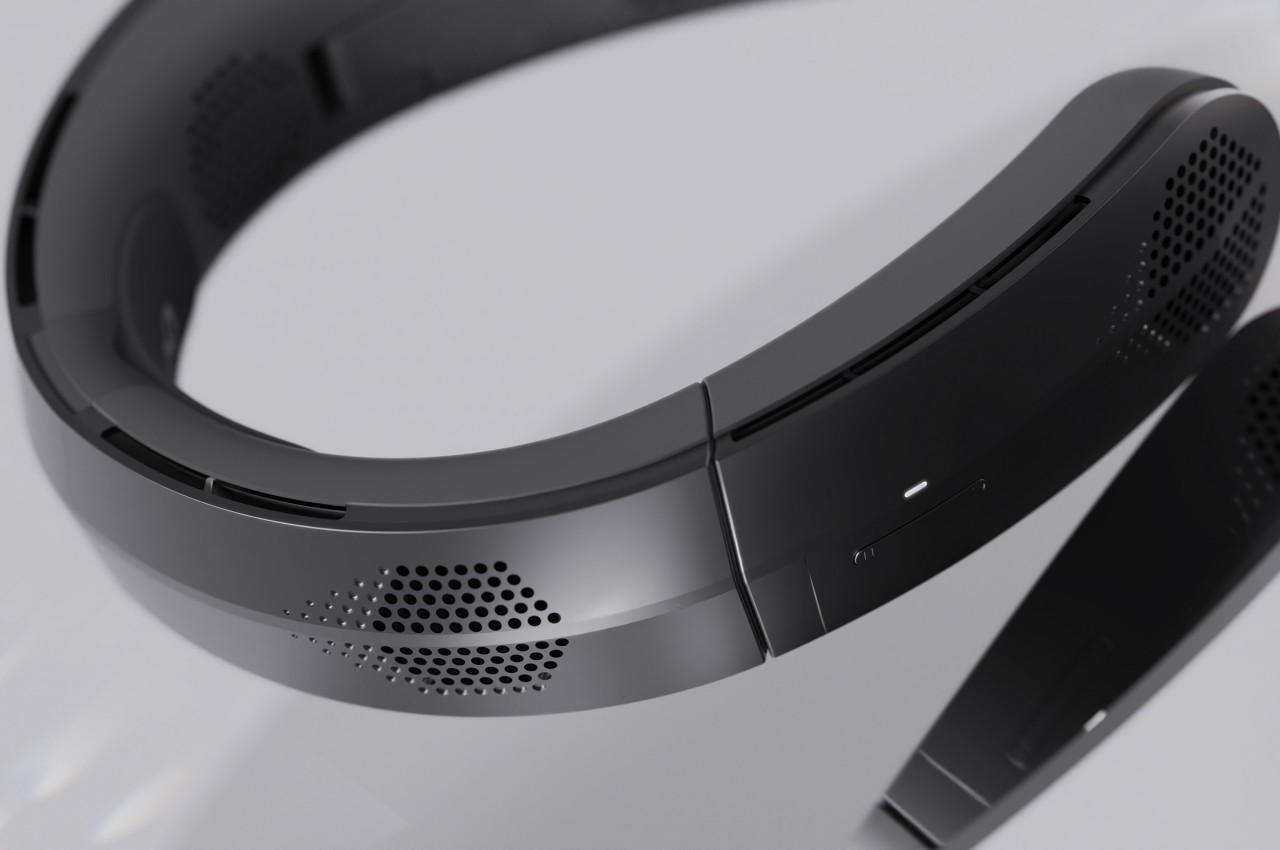 The neckband’s outer metal surface can probably help in regulating or dissipating the heat of the device itself while also giving it a distinct visual flair as a premium-looking device. The softer plastic material on the inside, in contrast, would be more comfortable on your skin. Both materials are durable but also a bit pliable so that you can have confidence whenever you put on the neckband or take it off. You can also fold it down, just like some headphones, for easier storage inside bags. 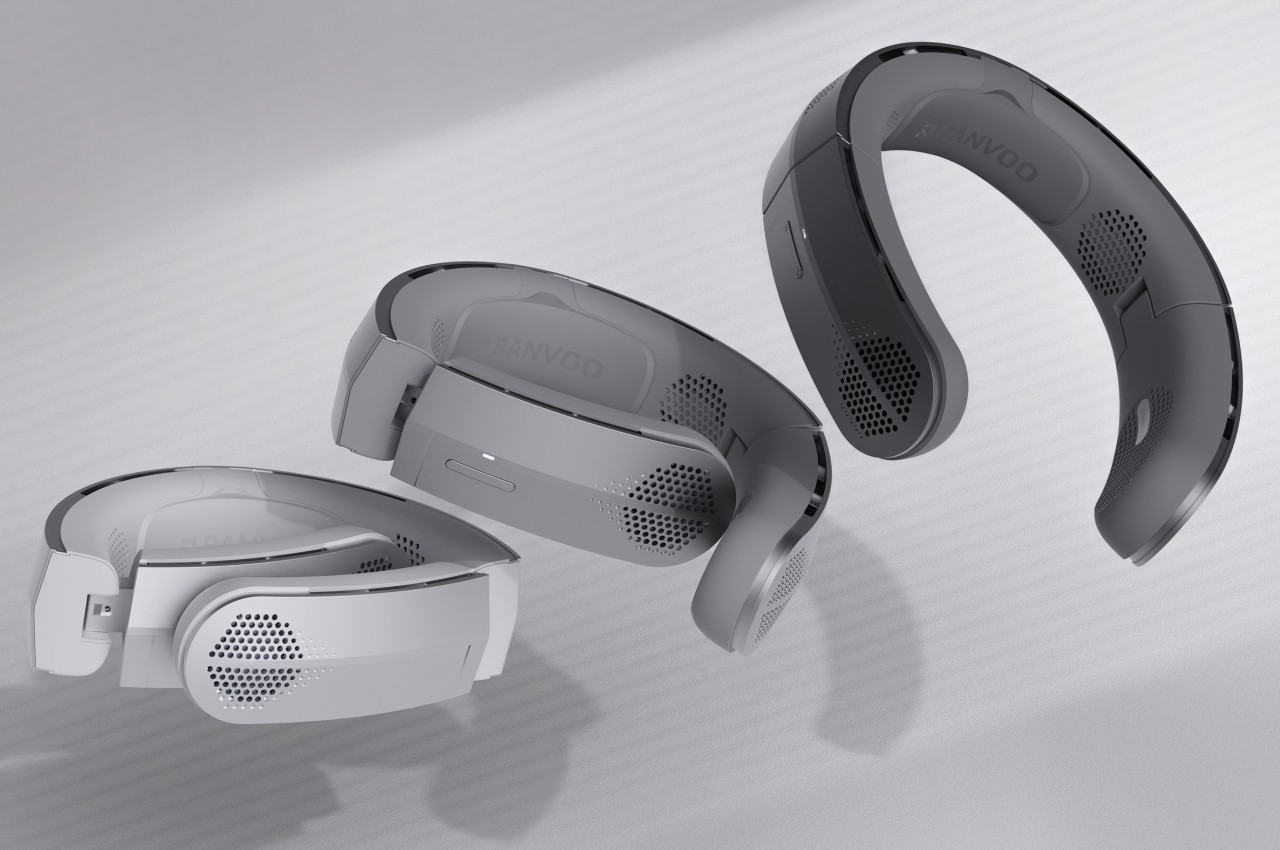 The concept doesn’t exactly say how the fan works, but it’s not that difficult to guess its mechanics. Normal air is sucked into the neckband through the outward-facing holes, which then travel to both ends of the neckband, where fans blow the air toward your face. There are also inner vents to keep your neck cool as well. One of the advantages of having a neckband design is that you can cram in more components and parts inside. You can, for example, add some mechanism or material that actually cools the air rather than just moving it along. There is also room for filters to clean the air in transit. 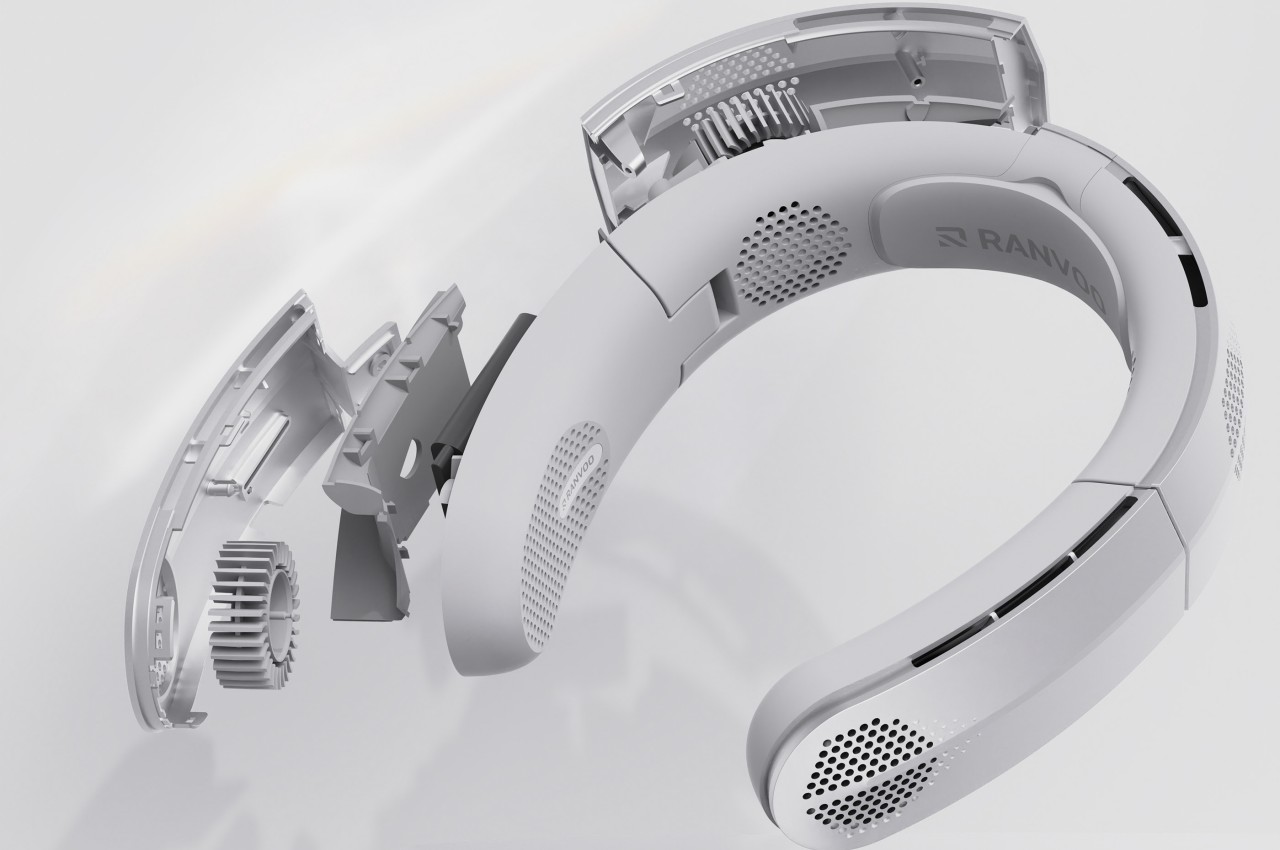 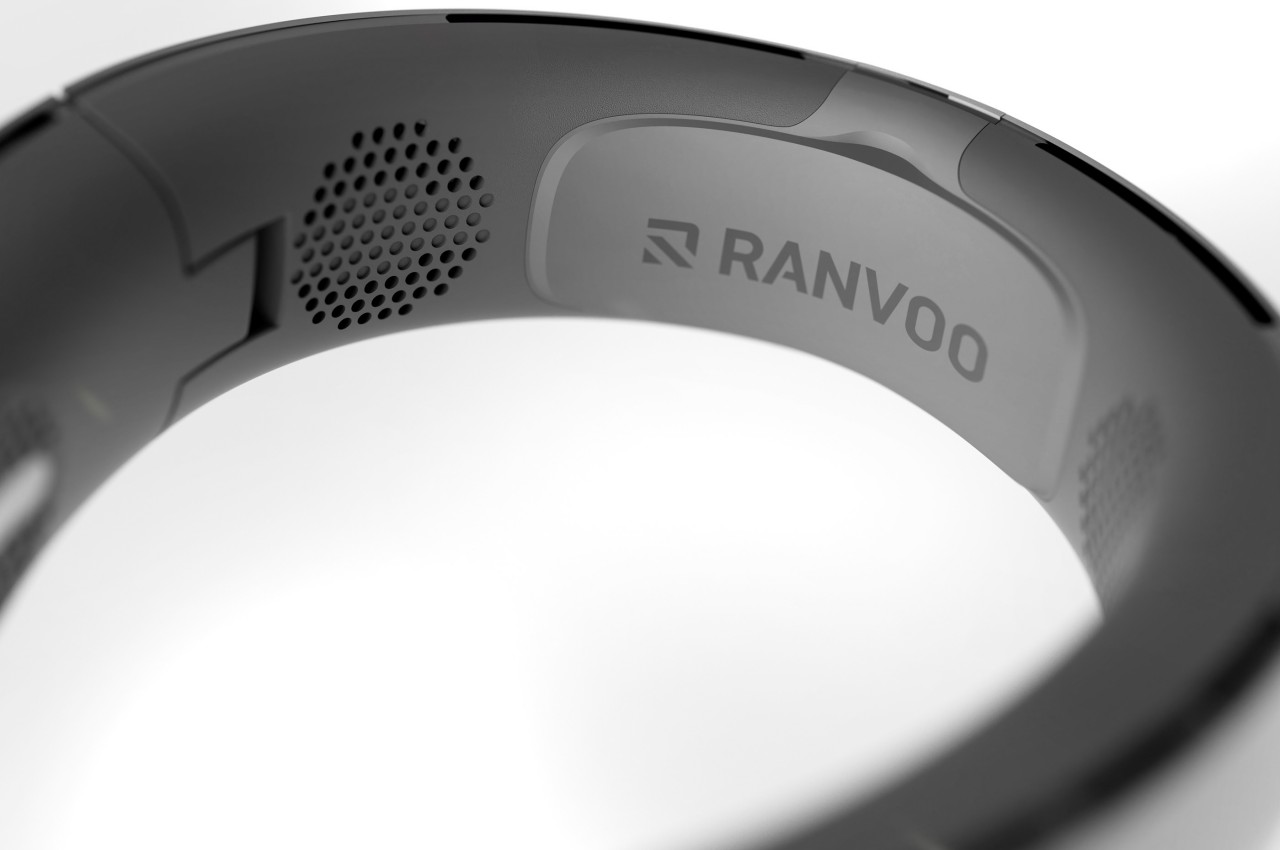 And, of course, you don’t even need to hold it up, freeing your hands to do other things. That said, it also has the disadvantage of not being able to direct where the fan blows its air, nor can you easily share it with others. It’s not a perfect solution, but it’s a creative one that solves many of the limitations of handheld fans while making you look interesting rather than silly when in use. 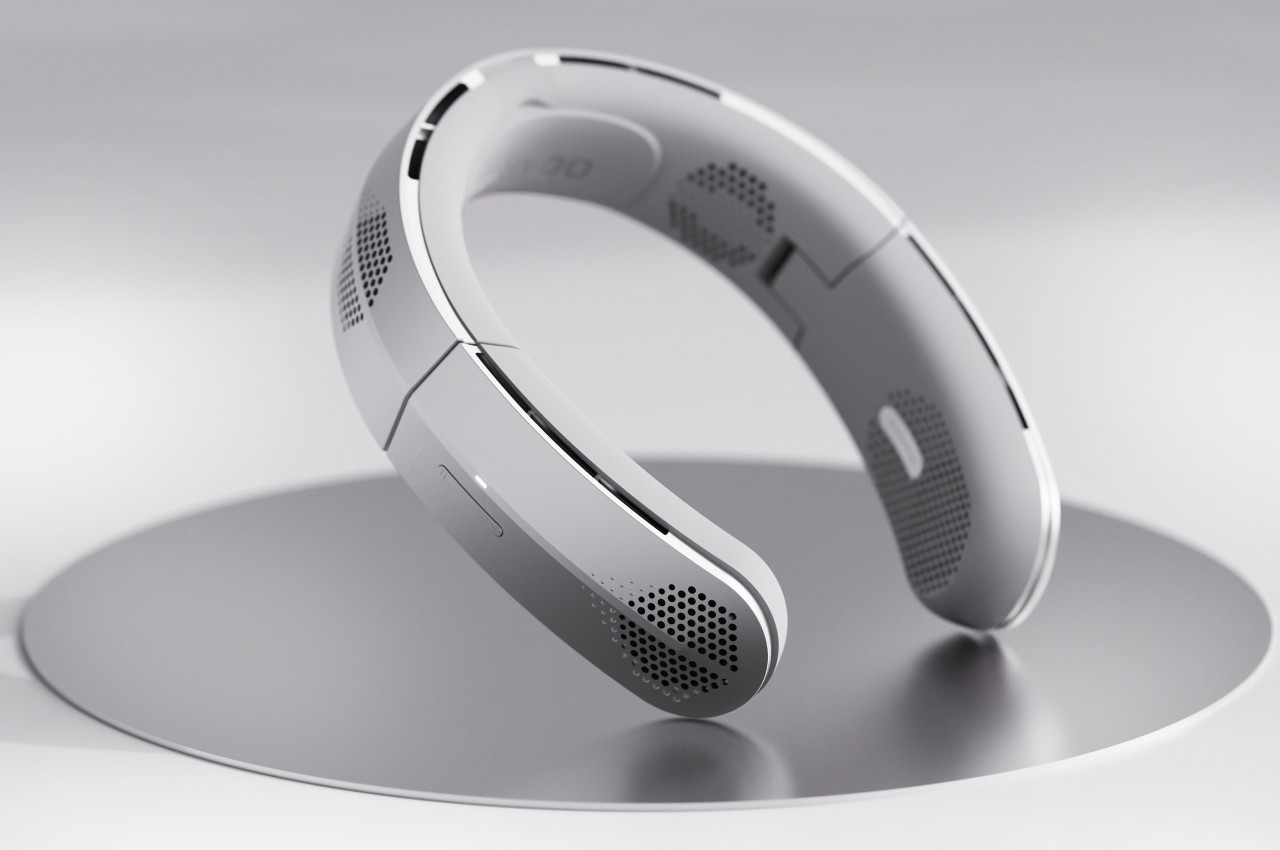 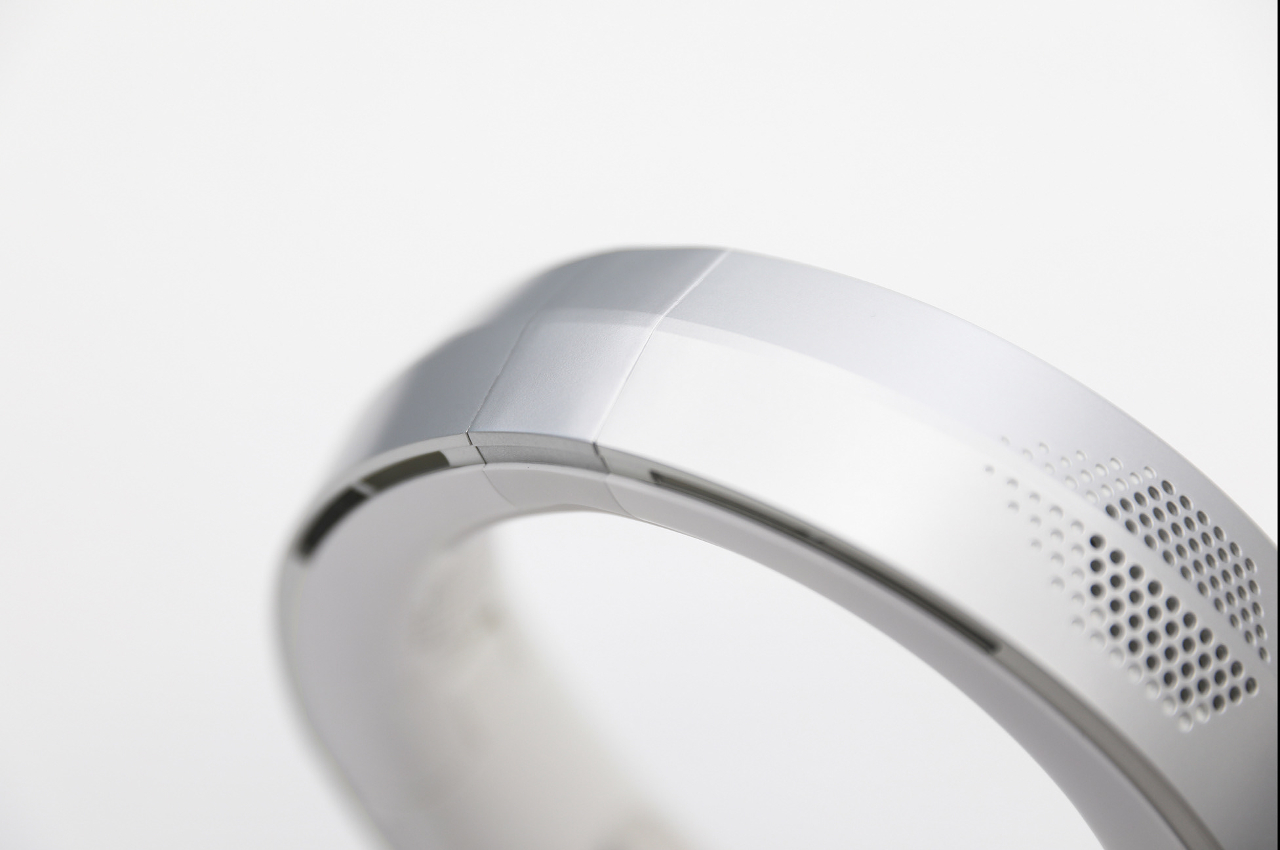 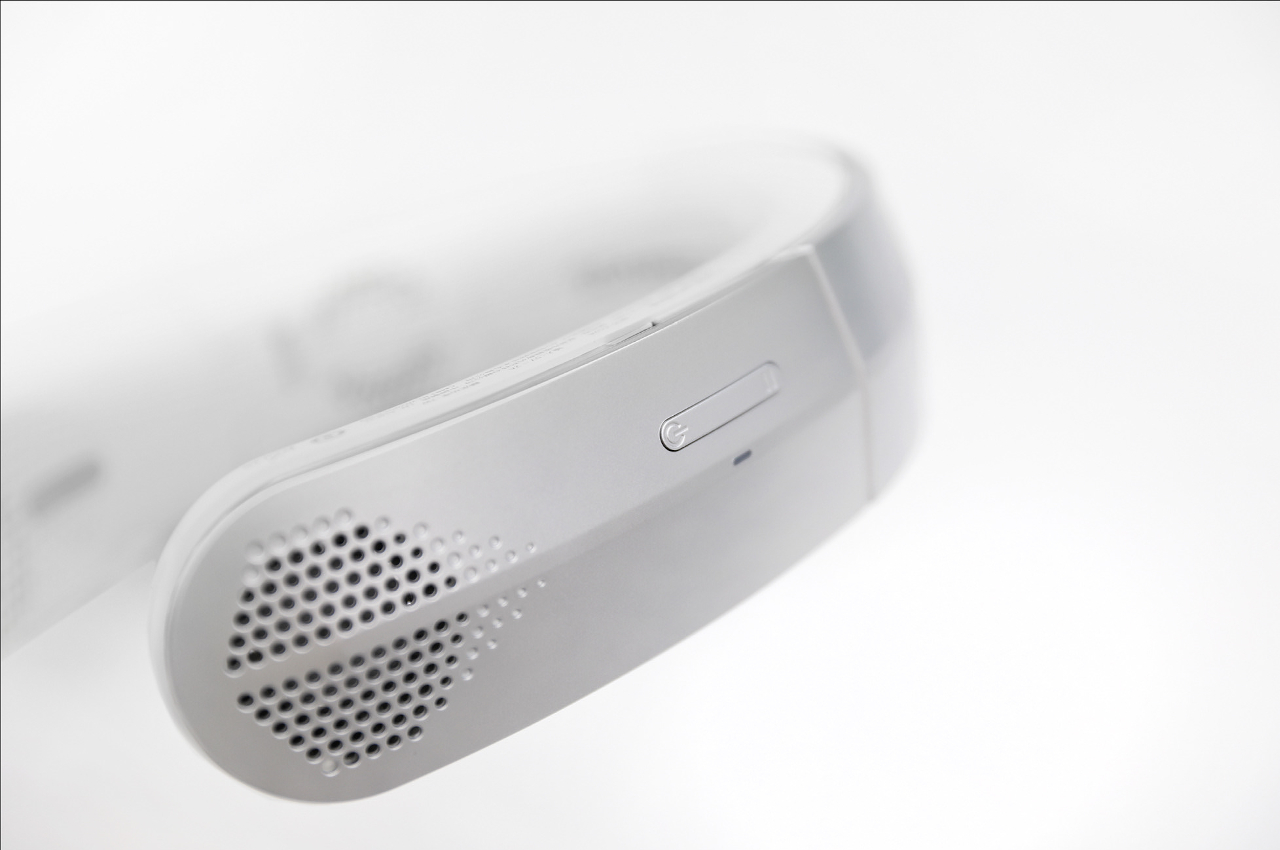 An Everyday Backpack with an Evergreen Style

For some, the backpack is a lifeline, carrying items to and from work, or to and from travel trips. The backpack’s requirements for these people…

A Siri-enabled power strip to control and save the energy flow at home!

Power strips are usually something we hide for two reasons – they don’t look good enough and are often a tangled mess of wires. In…

https://www.kickstarter.com/projects/easternco/cascade-cables-apple-mfi-lightning-to-usb-c-cables Unless you’ve been living under a rock, you’d know that the USB-C standard is one of the biggest and best things to happen to…