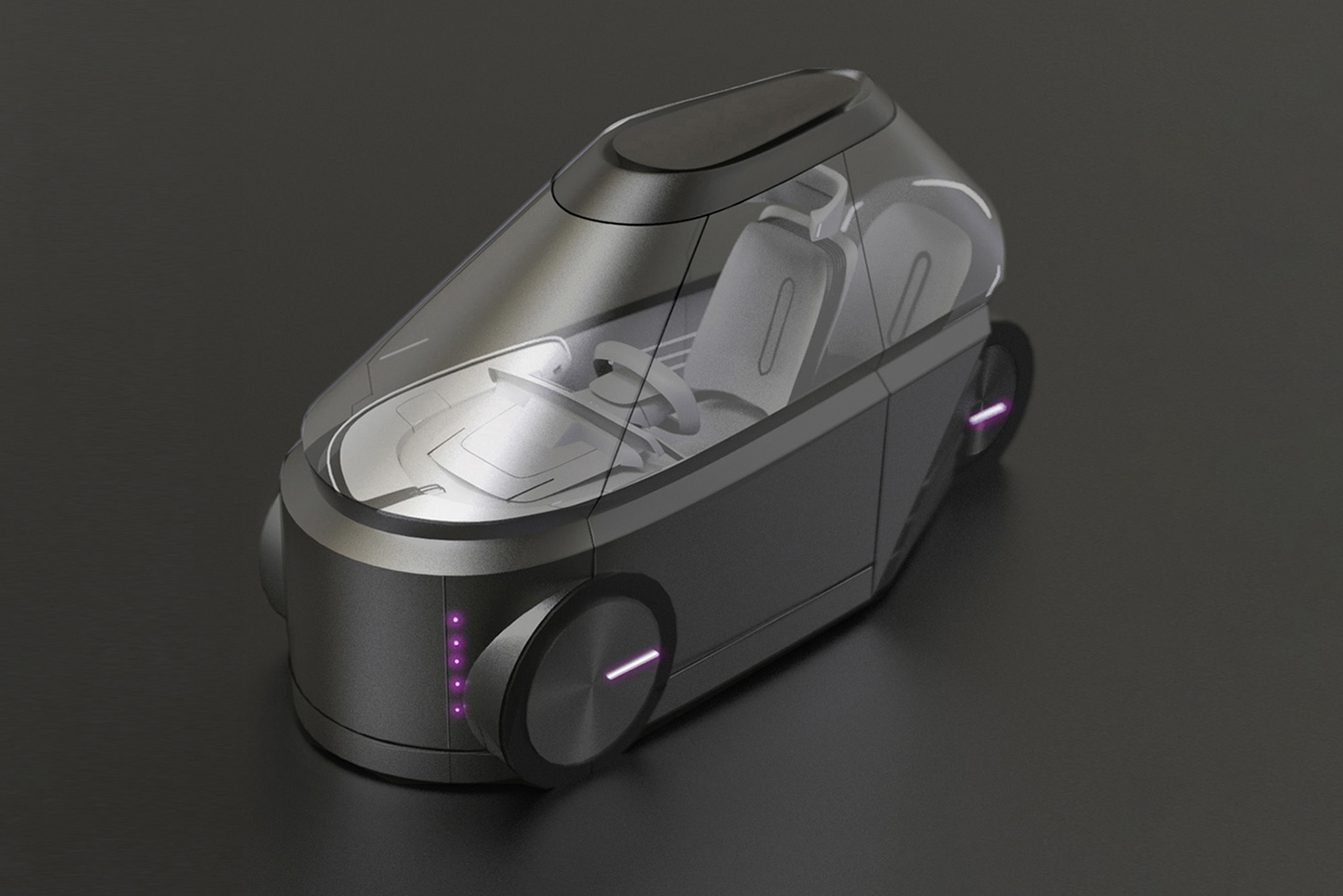 Dubbed the Robotic City Car, this hybrid automobile looks quite unlike anything I’ve ever seen before. It comes with an enclosed cabin like a car, but seats two people in a fighter-jet/motorcycle style (one behind the other). Finally, the car sits on three wheels arranged in a 2×1 format, giving it the maneuverability it needs while still keeping it slimmer than conventional trikes seen in parts of Asia. 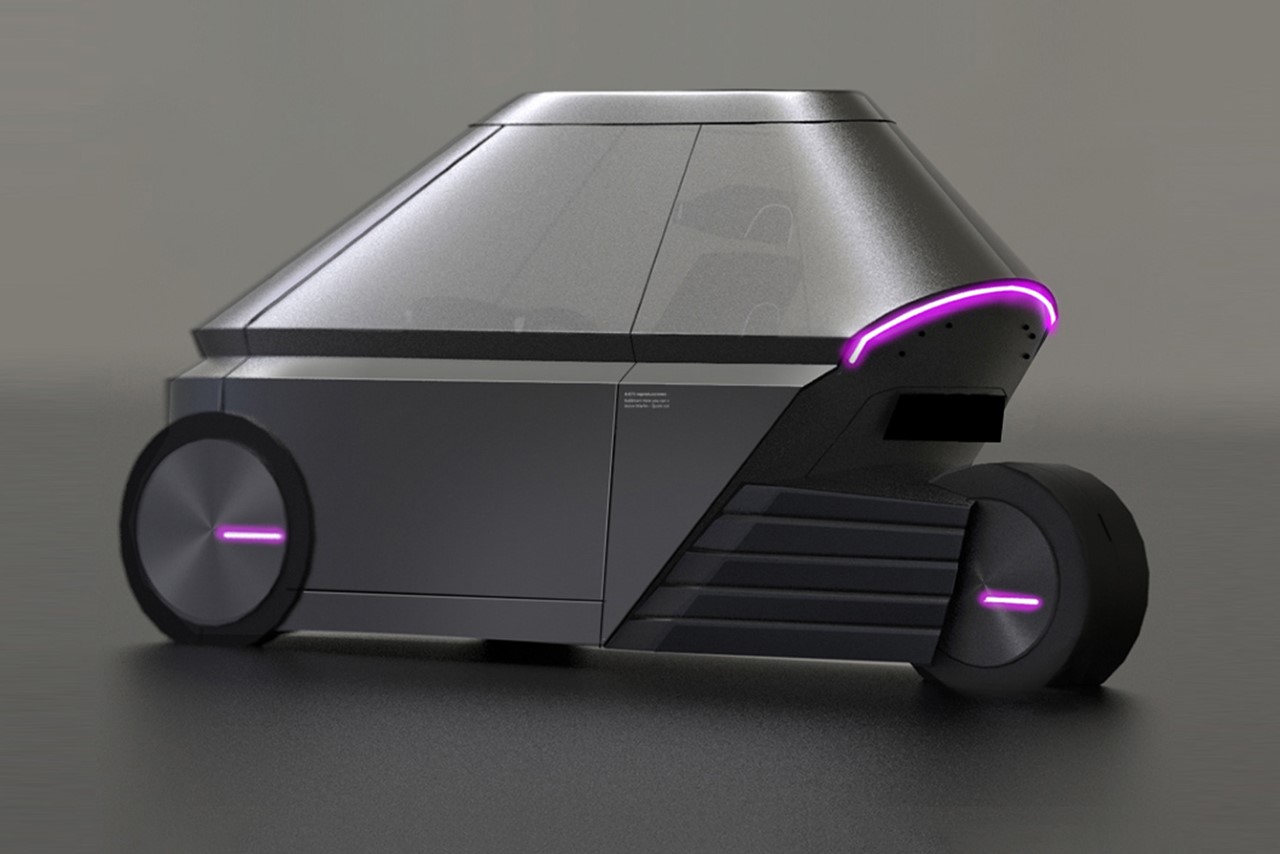 The car’s unique format was designed for crowded urban cities, giving you the accommodation of a coupe with the slim format of a motorcycle. The enclosed cockpit makes it easier to commute in bad weather too (unlike motorbikes where the riders end up getting wet) and the car is operated by a standard steering wheel instead of handlebars. Designer Facundo Castellano even hints at self-driving abilities, allowing both driver and pillion passenger to relax as the car’s AI takes control and automatically navigates from A to B. 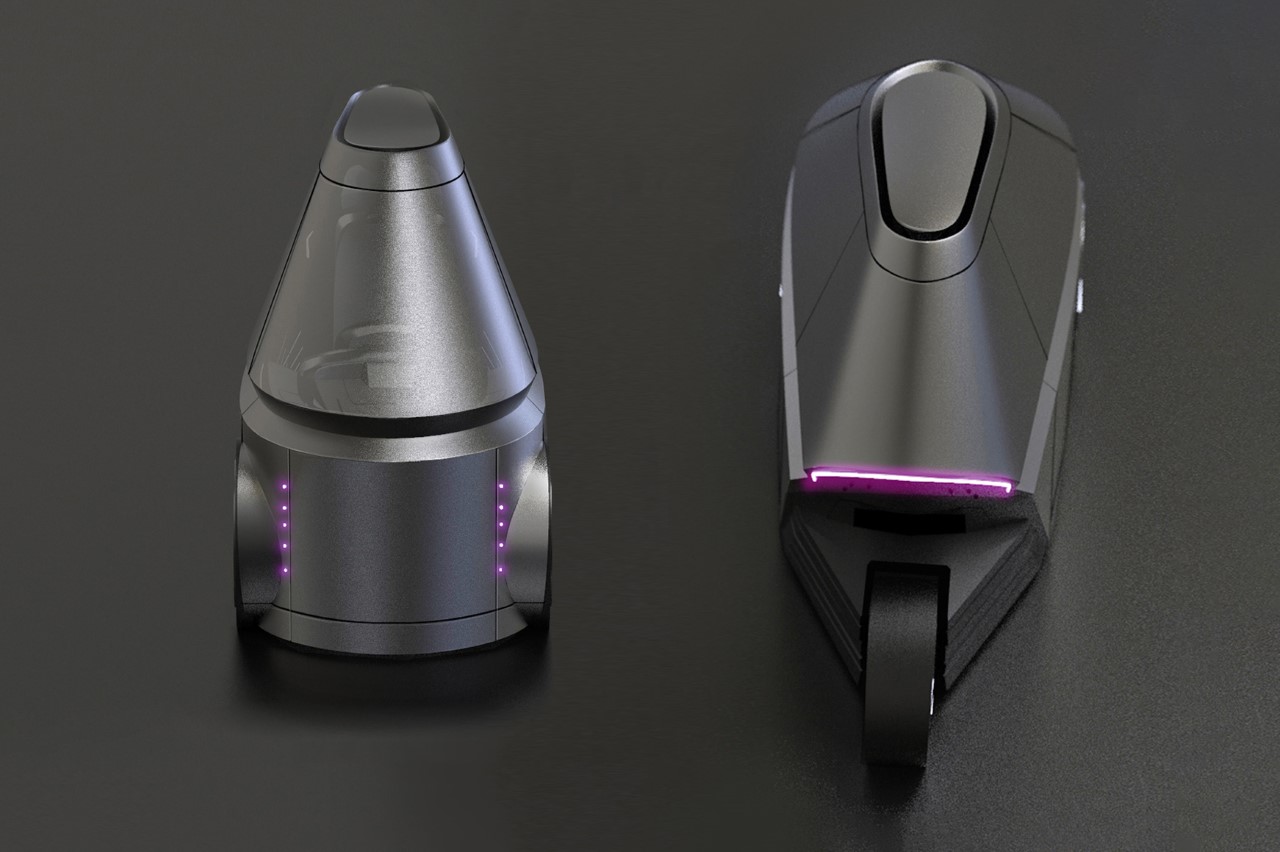 Although there aren’t many details to work with, what’s abundantly clear is that the Robotic City Car isn’t made for long-distance inter-city travel. Its incredibly low ground clearance means it won’t deal very well with off-road scenarios… although it could probably tightly squeeze into a two-wheeler parking space, which is definitely an advantage in my book! 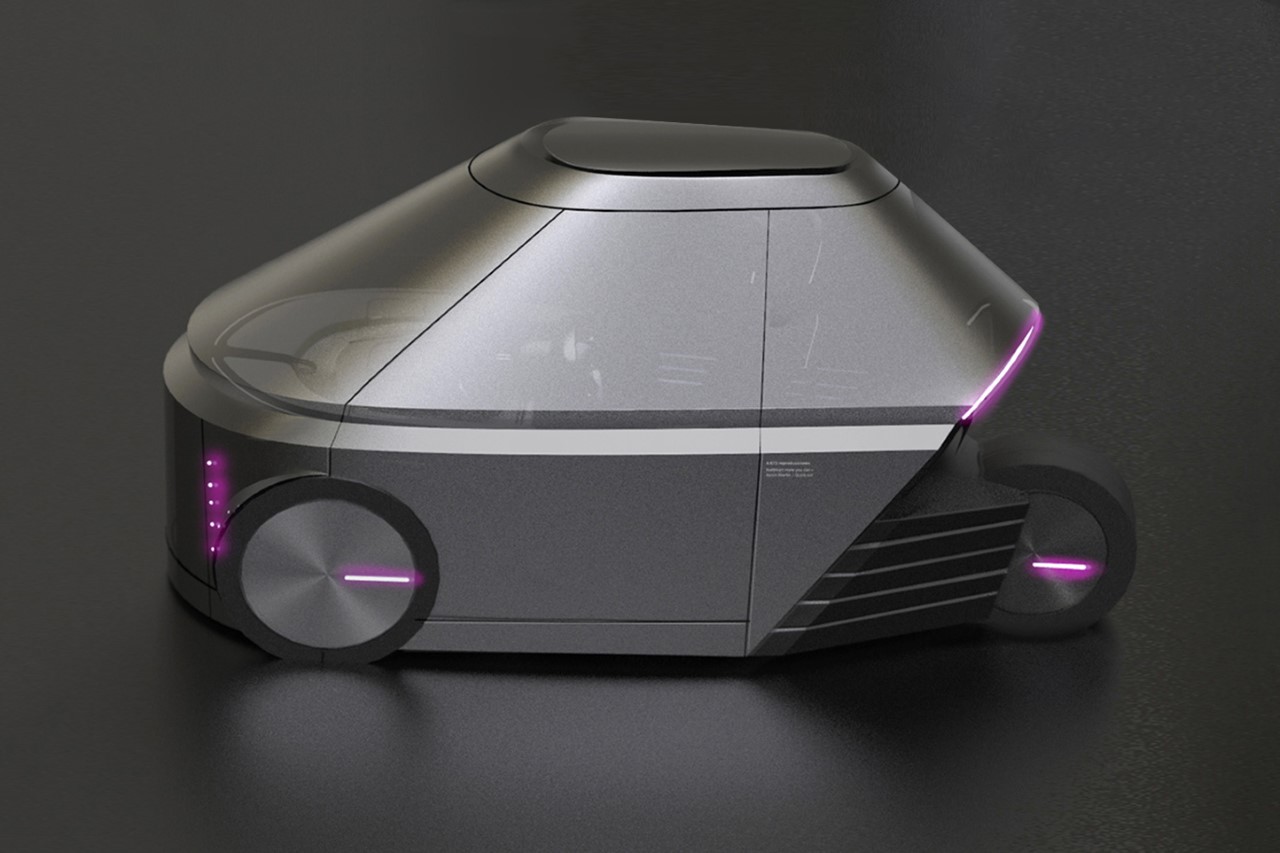 Tesla-inspired designs that show why it is the world’s most valuable automaker!

Tesla was just named as the most valuable automaker as its shares surpassed $1000 mark. The electric car company overtook Toyota in the race and…

This Audi Quattro racer with its grungy dystopian aesthetics is what the Mad Max sequel needs!

Automotive lovers who are acquainted with Audi surely know about Quattro. The all-wheel-drive road vehicle burst into the scene in 1980, and ten million Quattro (derived from…

This barebones motorcycle is a crazy mashup of bicycle, sprint racer and dirt bike

Most concept bikes are picture-perfect, streamlined and flawless but then there are exceptions. You’ll either love this concept mashup bike or absolutely hate it for…

I hate getting behind a bus in traffic! The nasty, smelling, diesel fuel exhaust smoking up the road in front of me. It stinks, and…