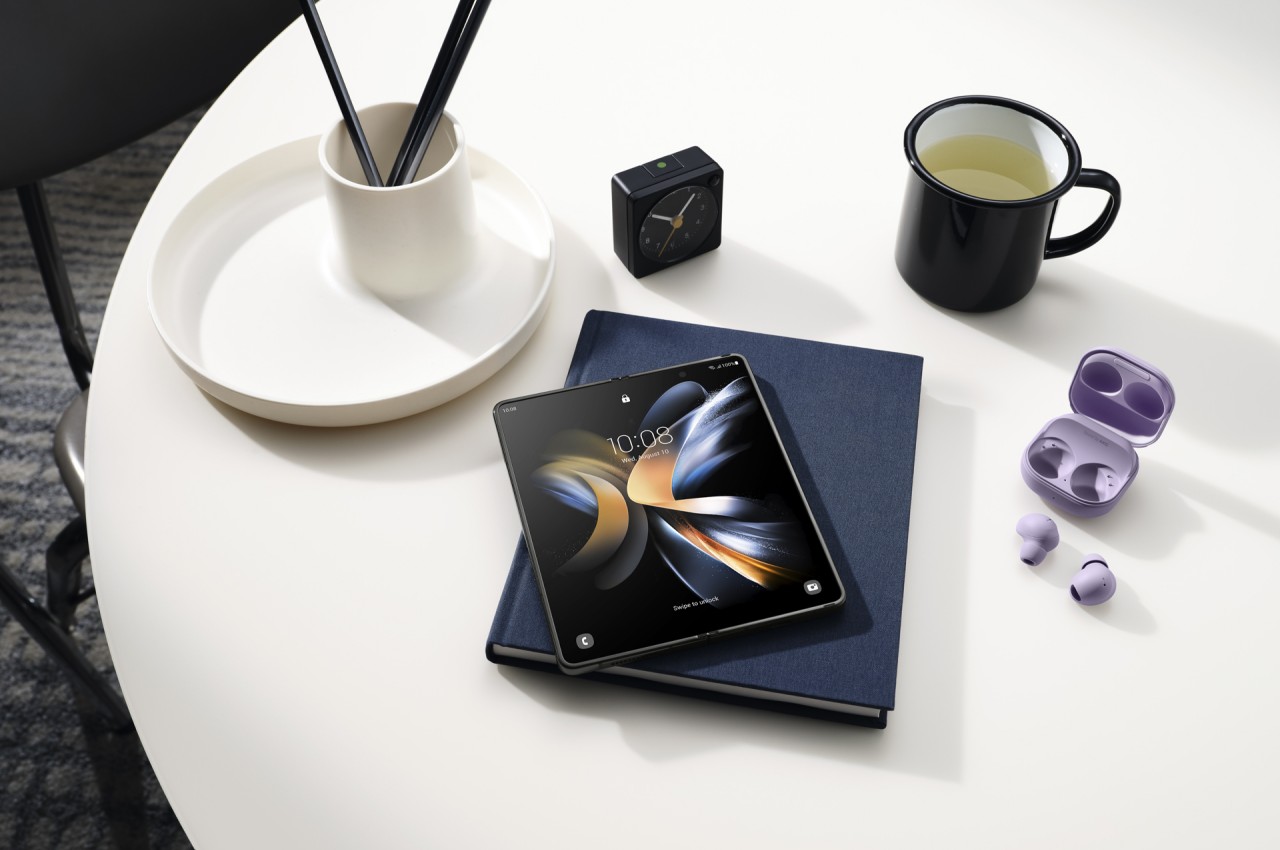 Smartphones are one of the most ubiquitous pieces of consumer electronics in the world today. An overwhelming number of people have one, some might even have two, and millions of phones are shipped every quarter. In fact, there might be too many smartphones out there in the world, and not all of them are actually in use or even in one piece. As wonderful as smartphones are, their production and disposal contribute to the worsening state of our environment, especially because of how many they are. Smartphone manufacturers have thankfully started to be more aware of their critical role in this broken ecosystem and, even better, are starting to take action. As one of the world’s biggest smartphone makers, Samsung is thankfully taking that responsibility seriously and is boasting the achievements that take it closer to its grand goal in 2025. 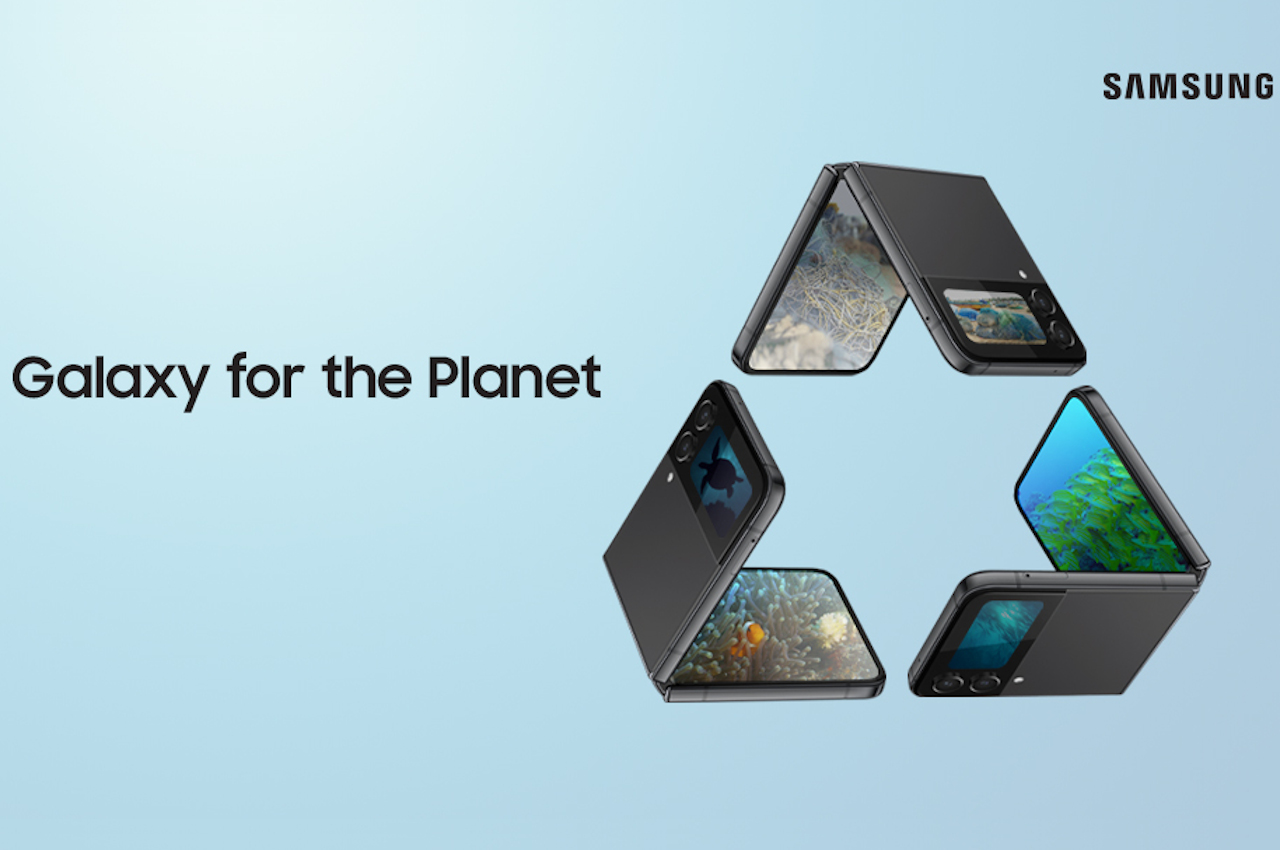 From the cradle to the grave, a smartphone’s life is filled with materials and processes that harm the environment or even people. From the plastics used in electronics to the chemicals for treating different parts to the materials used in packaging, these powerful computers in our pockets and hands are almost like death traps for the planet. It’s too late to turn back, of course, so smartphone manufacturers are instead trying to reduce their negative impact little by little on all fronts. Samsung’s “Galaxy for the Planet” initiative tries to cover those different fronts, and the newest batch of devices it just announced demonstrates the progress it has made since the program was announced last year. 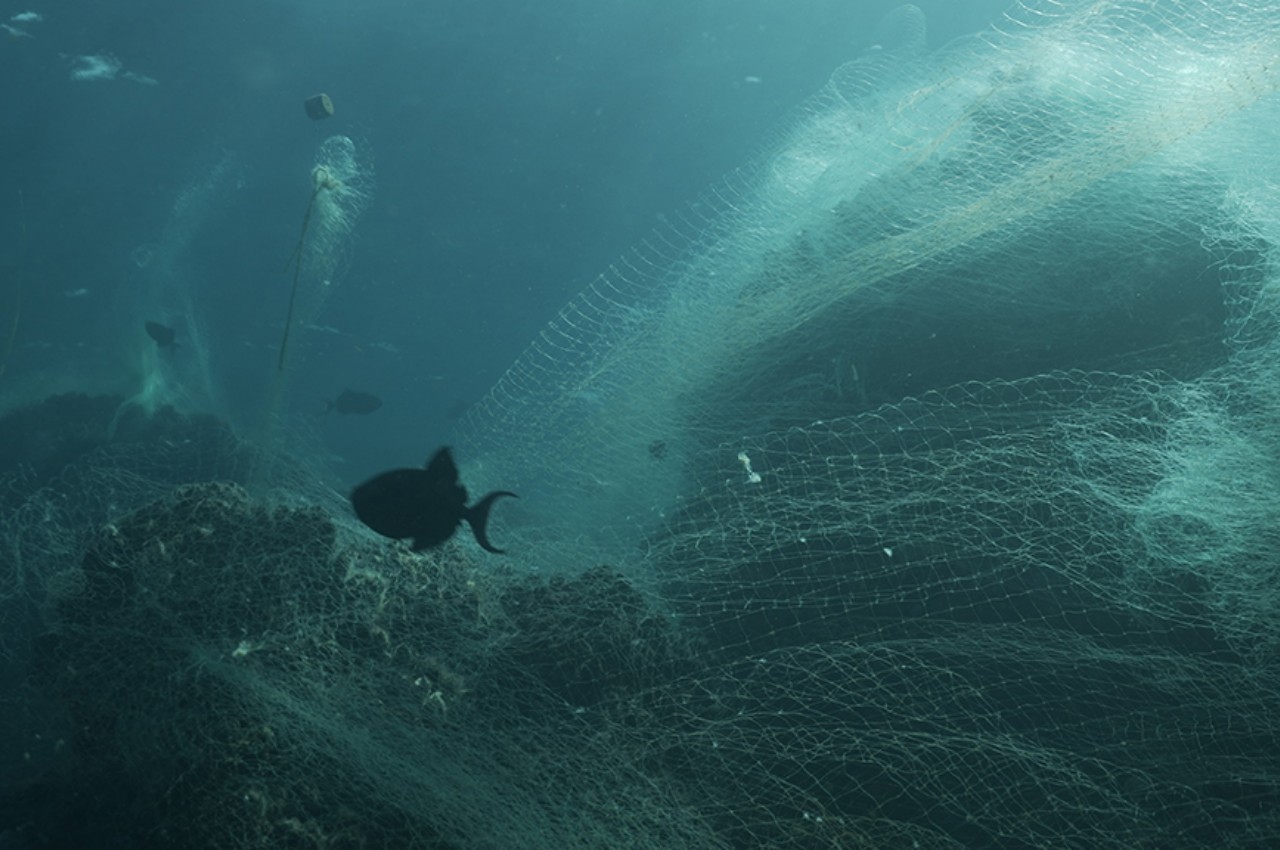 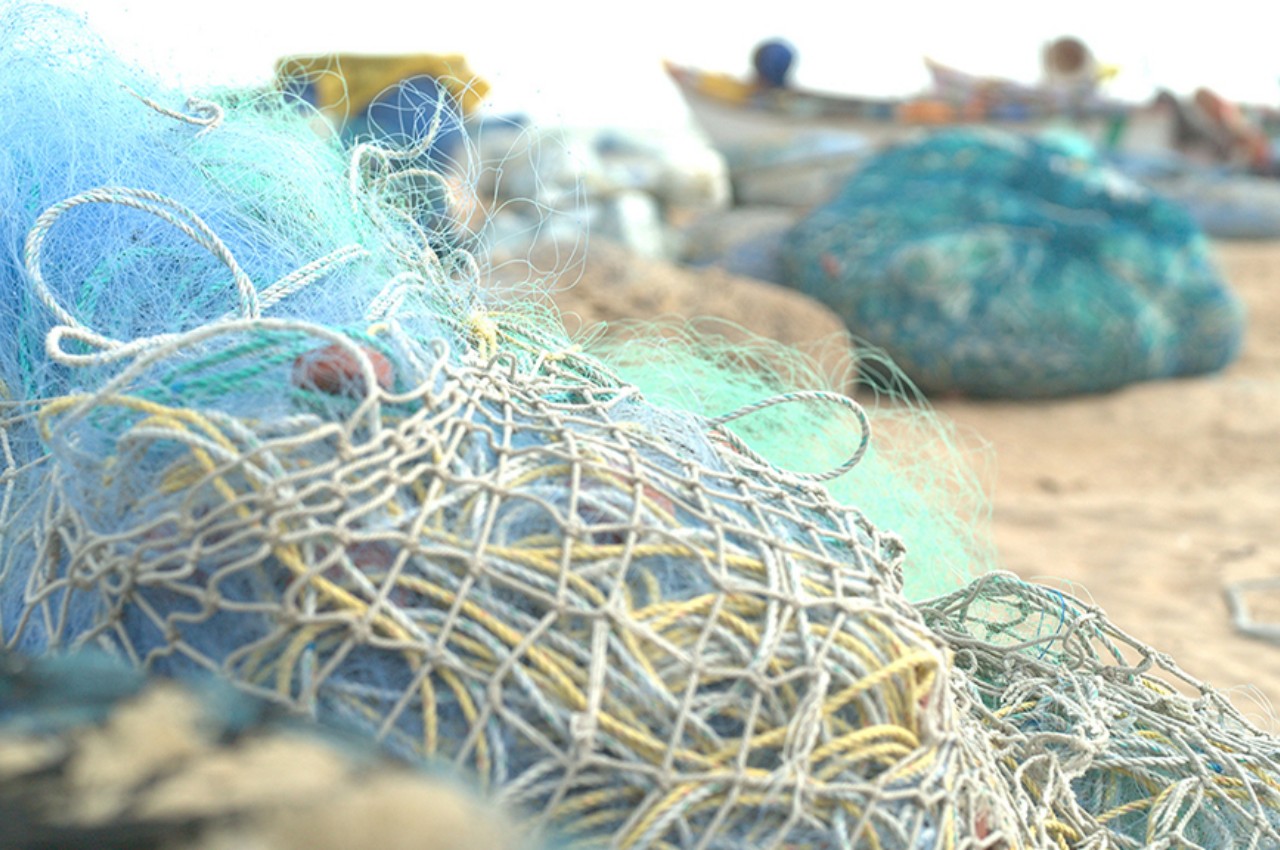 Samsung started with the Galaxy S22 earlier this year by using plastics made from recycled fishing nets that would have otherwise ruined our oceans and aquatic life. Since then, Samsung has expanded the use of that material to other Galaxy devices, including the Galaxy Book 2 Pro laptop and the Galaxy Tab S8 tablets. The new Galaxy Z Fold 4 and Galaxy Z Flip 4 continue that tradition and are even joined by the Galaxy Buds 2 Pro. In fact, Samsung boasts that 90% of its new pro earbuds are made using recycled materials. Given its smaller size and fewer components, that is admittedly not that hard to pull off. 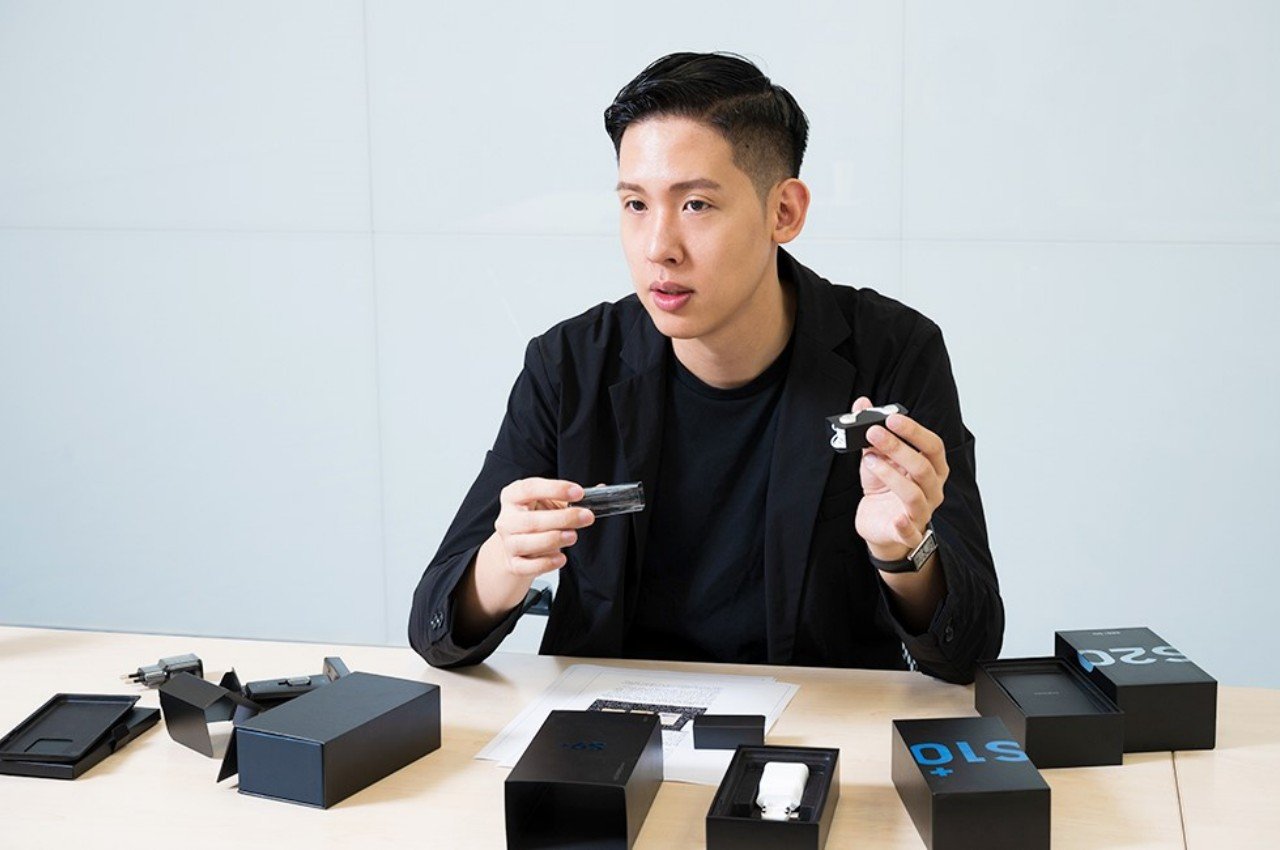 The company has also been trying to improve its packaging, and no, it’s not just about removing the charger. The company now uses 100% recycled paper for the packaging of its flagship phones, which does raise questions about the state of its non-flagship phone packaging. Samsung is also trying to reduce how much single-use plastic it puts inside the box, though it’s not yet ready to get rid of them entirely. Both the Galaxy Z Fold 4 and the Galaxy Z Flip 4 boxes are less than half the size of their original models, which results in more efficient transport and reduced carbon emissions overall. 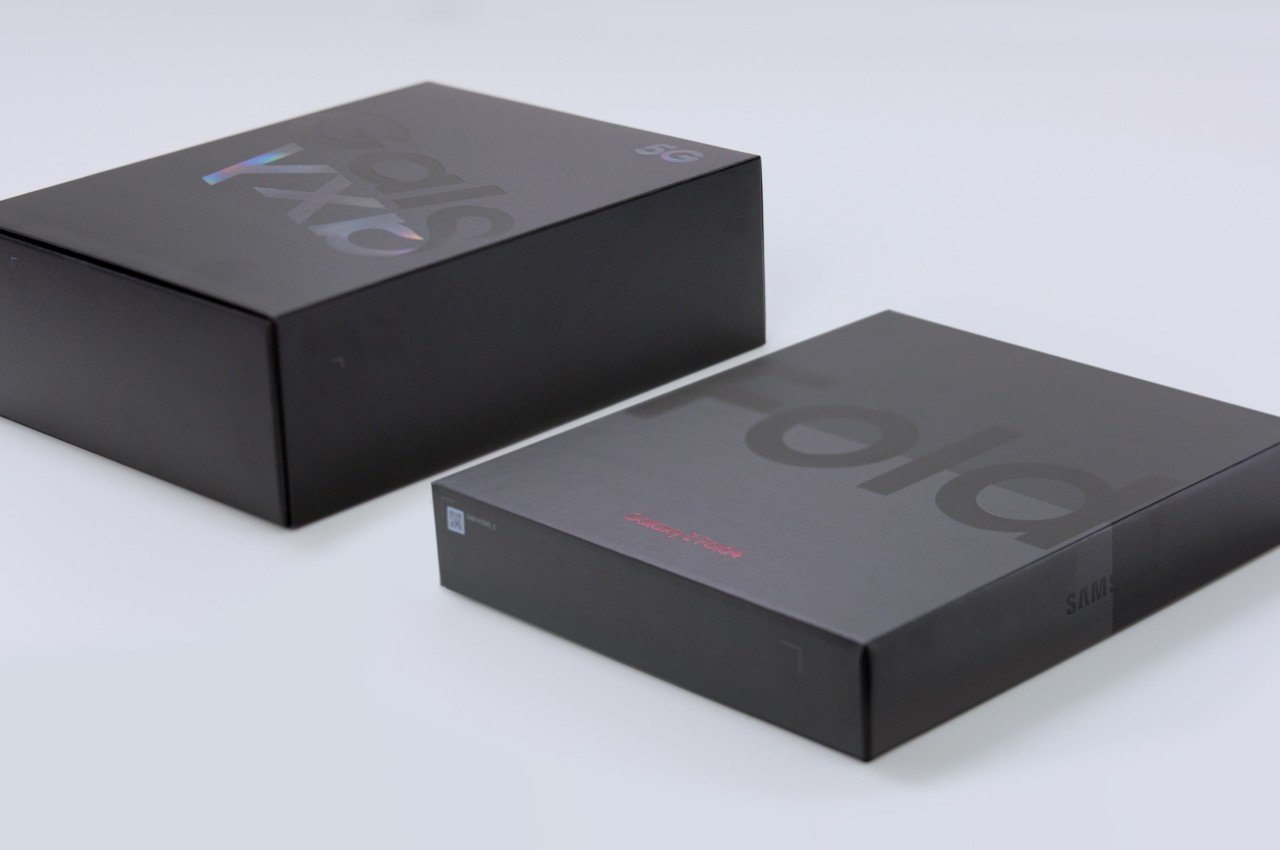 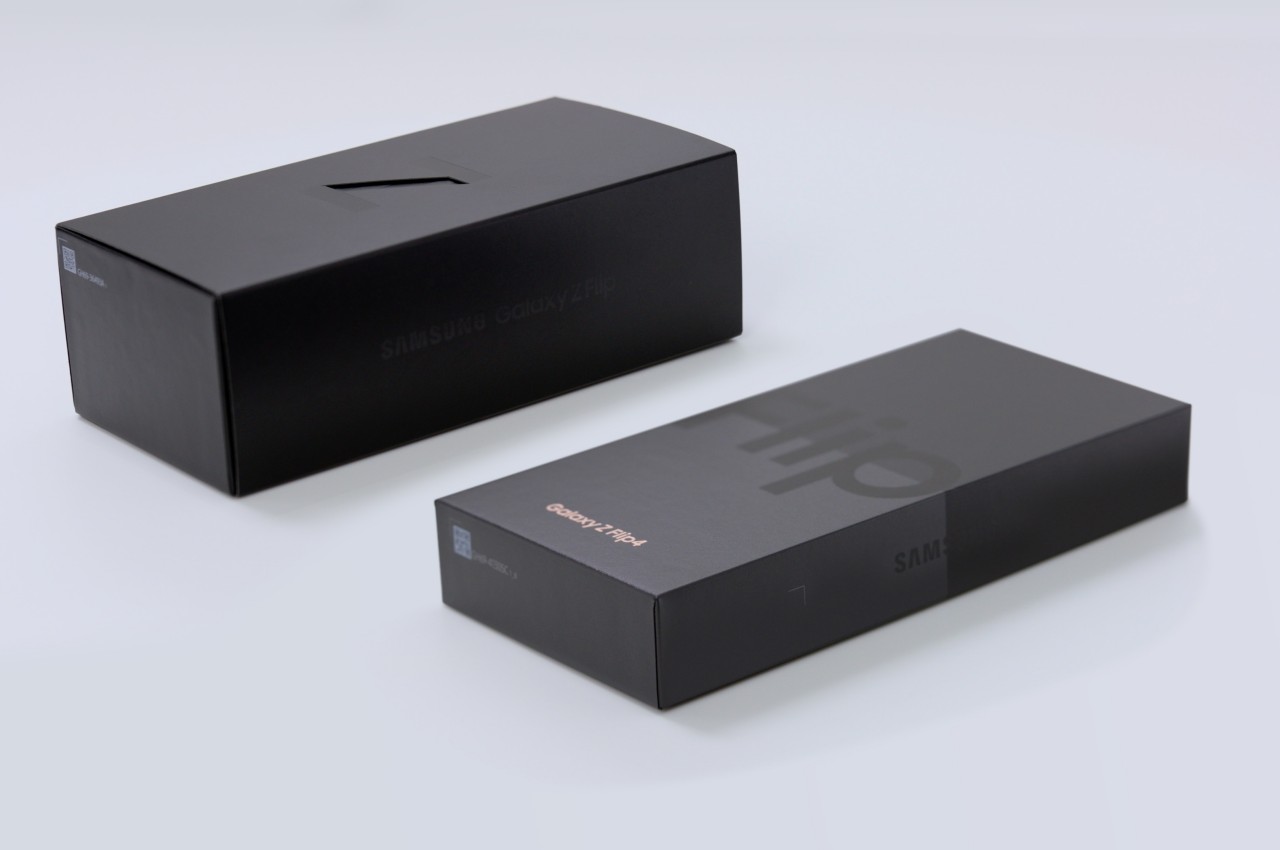 Sooner or later, phones do reach their end of life, mostly because they no longer meet the needs of their owners. That doesn’t mean they’re completely useless, though, especially if they’re actually still functional. Rather than simply breaking these down and having them undergo recycling processes that consume a lot of water and energy, Samsung is proposing upcycling phones to serve other needs, like acting as smart home hubs or cameras. In one specific case, old Galaxy devices even become eye diagnostic tools used in underserved communities. 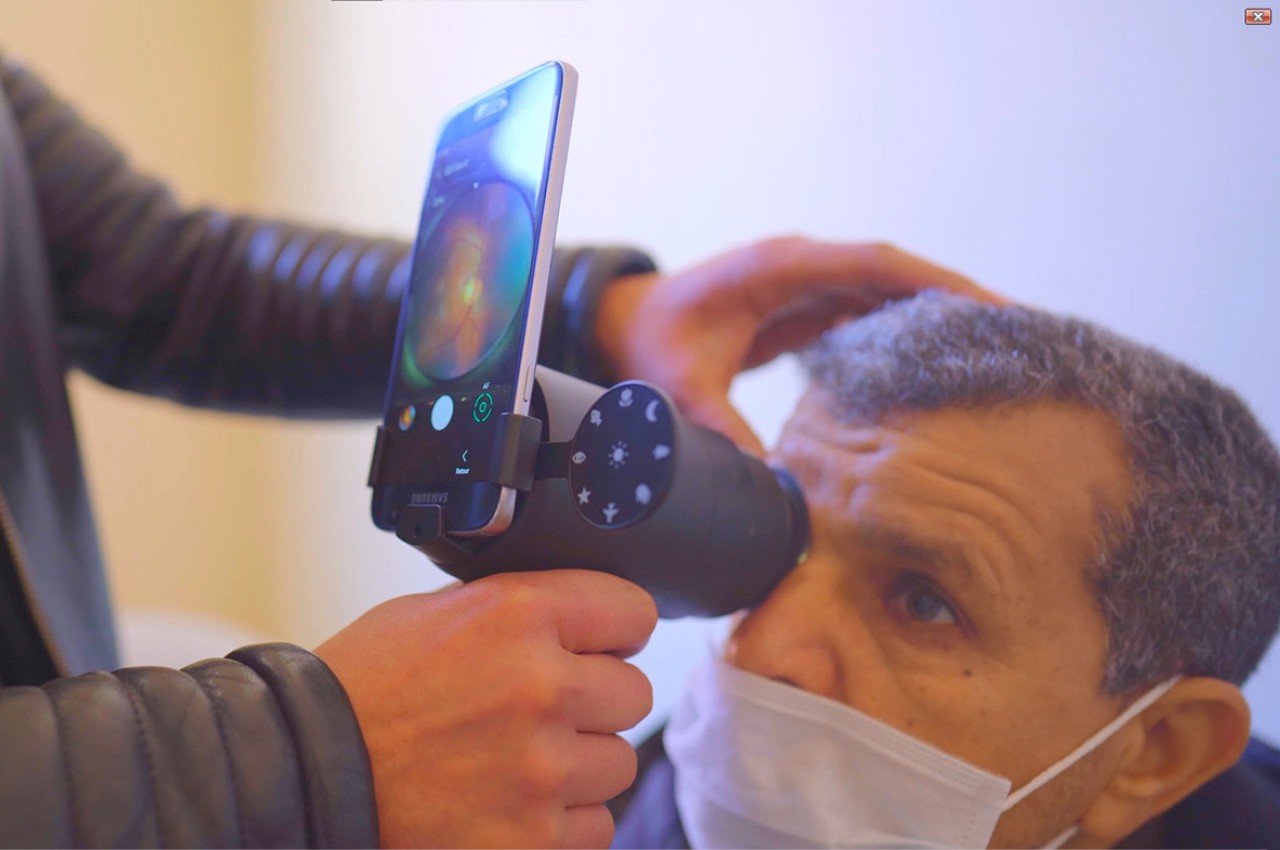 These small steps forward take Samsung closer to its ambitious goal for 2025, but it might still be quite a ways away from that milestone. In three years, Samsung envisions itself as having eliminated all plastics in packaging, achieved zero waste to landfill, and used recycled materials on all mobile products, not just the flagship ones. Those are lofty goals, indeed, and some might say almost impossible to reach by 2025. When it comes to sustainability, however, every step, no matter how small, counts toward healing the planet and making sure there will still be people around to buy those fancy smartphones in the future. 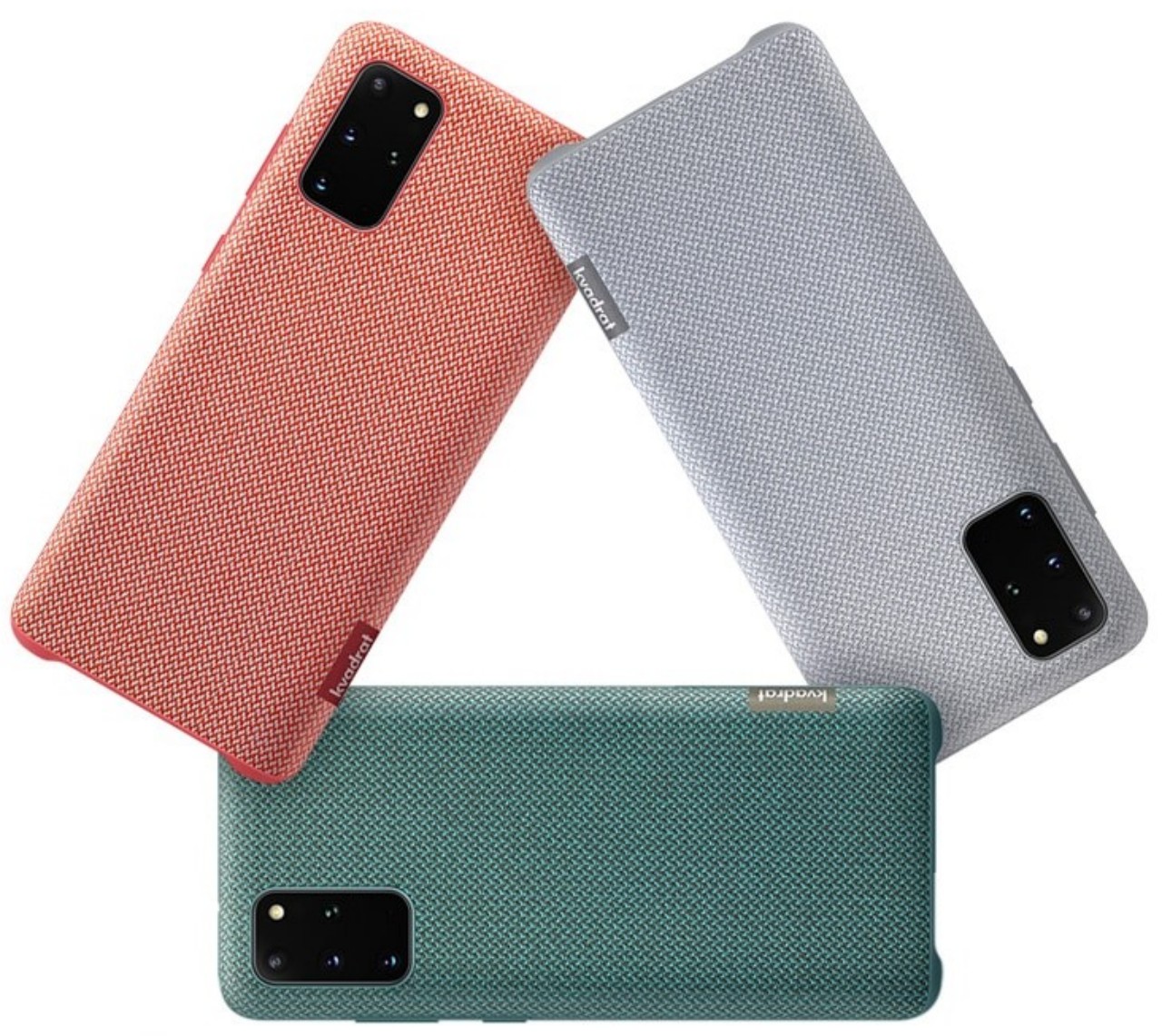 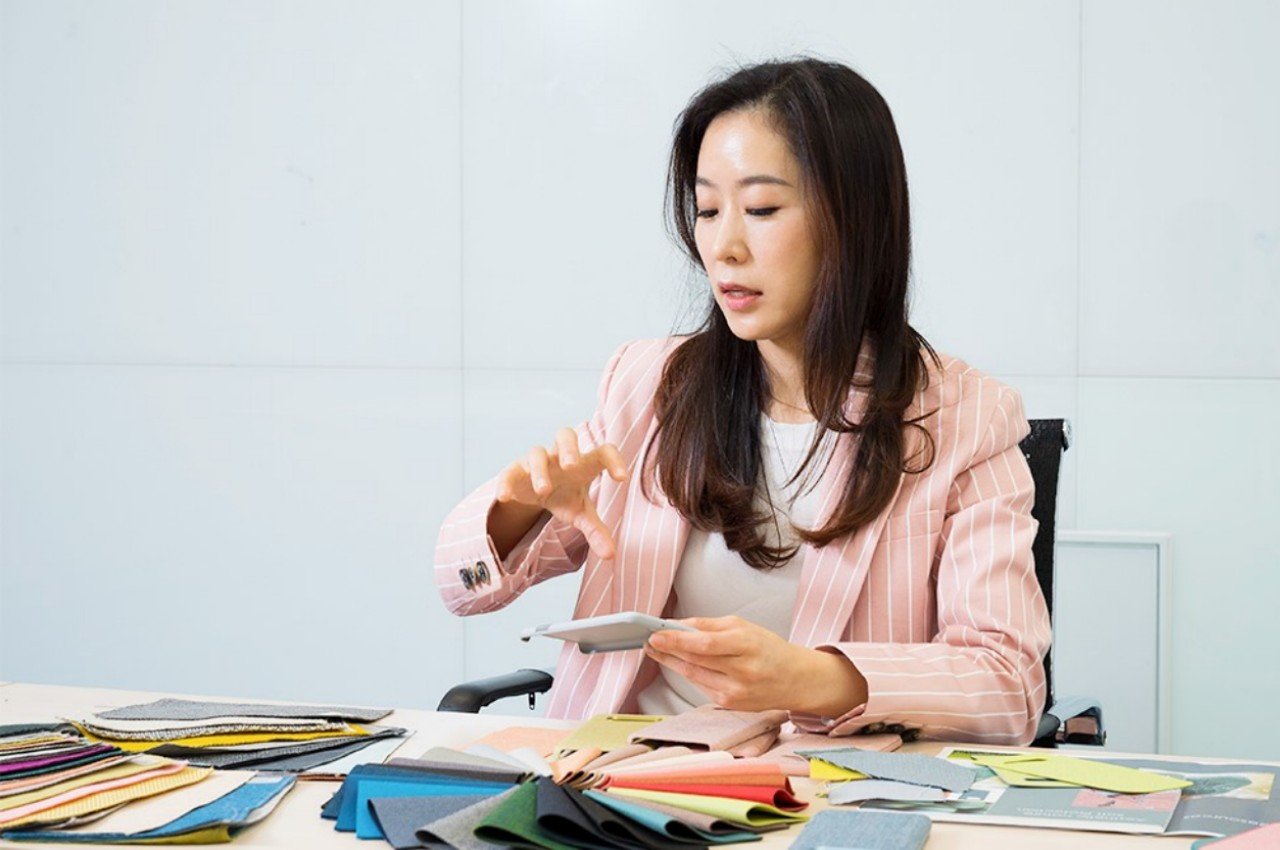 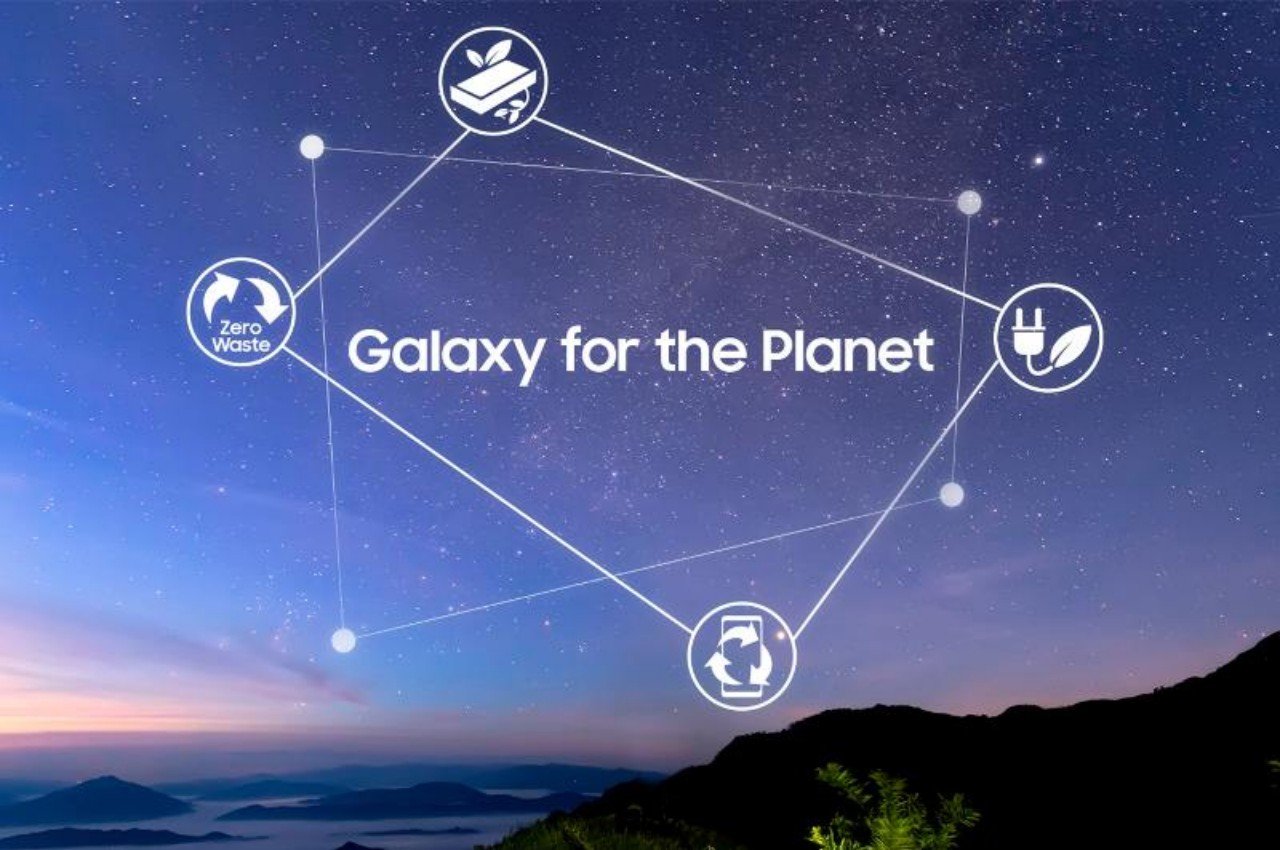 Chocolate is probably more universally liked than coffee, and it’s used as an ingredient in many more kinds of foods that go beyond desserts. Given…

One Remote Control to Rule Them All

TV is Evolving. Yes, the screens are getting thinner, but the real evolution is the content. Beautifully thin flat screens with streaming internet are making…

Apple, Nasa, Buzzfeed & more use this office pod that has been soundproofed with 1000 recycled bottles!

For most of us, it has been one whole year of working from home – congratulations! We have all adapted to the ‘unprecedented’ times in…