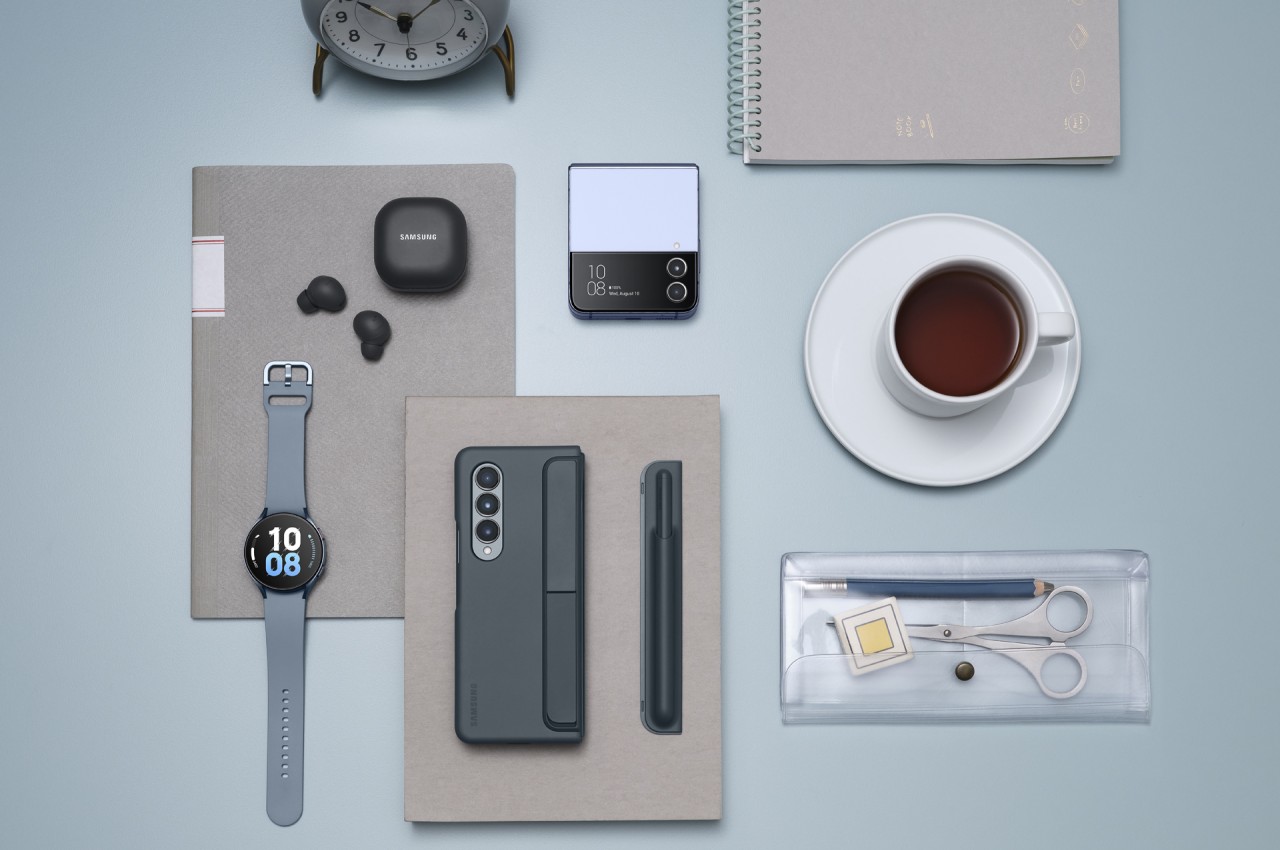 Samsung’s cat is finally out of the bag. That cat has actually been out of the bag for a long while now, thanks to the almost merciless flood of leaks and unofficial information. Needless to say, the Galaxy Z Fold 4 and Galaxy Z Flip 4, the company’s latest generation of foldable phones, turned out to be exactly what those rumors made them out to be, which is a mixed bag for many Samsung fans. Given the fast-paced dynamics of the smartphone market, it’s not surprising that some already set their expectations low that these two would knock anyone’s socks off. At the same time, however, the two surpass their predecessors in more than just specs but also as an assurance of a more reliable future. 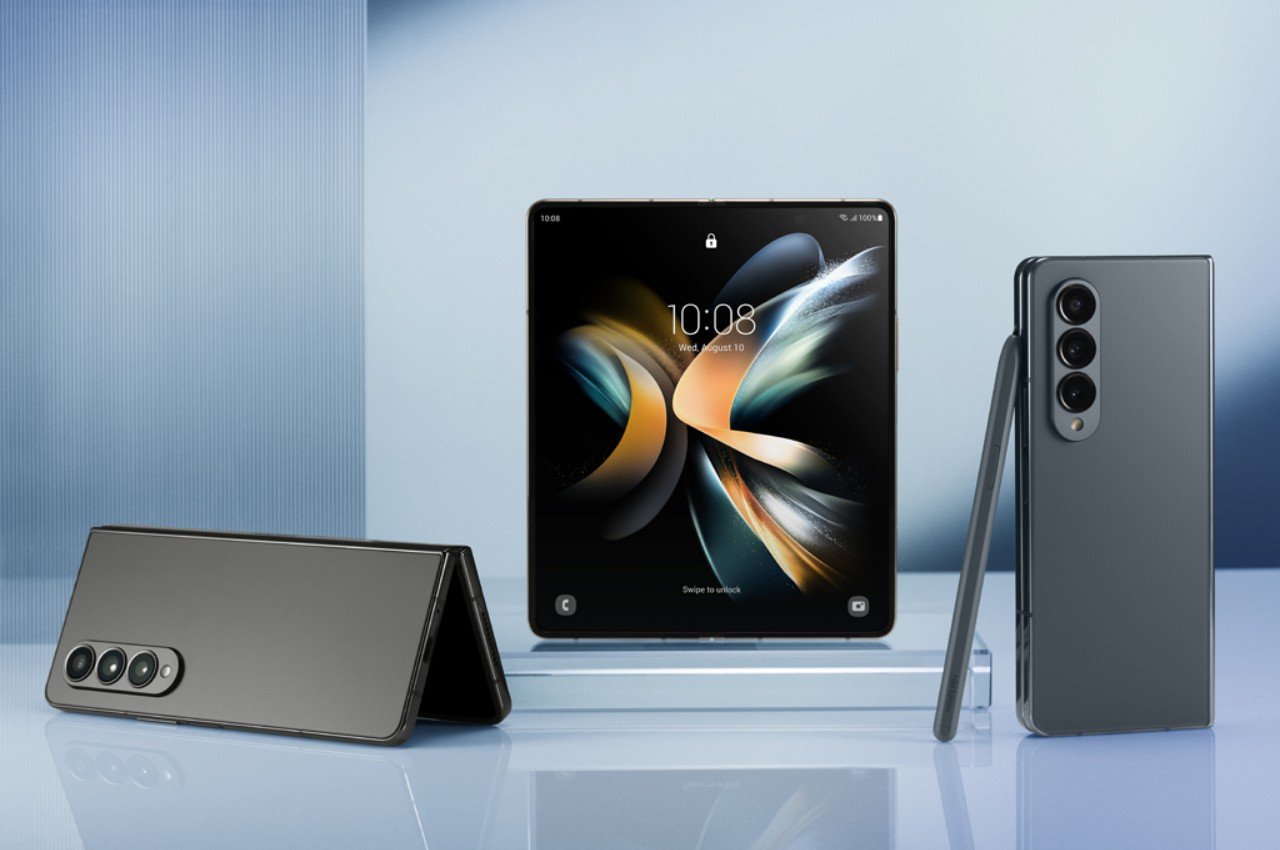 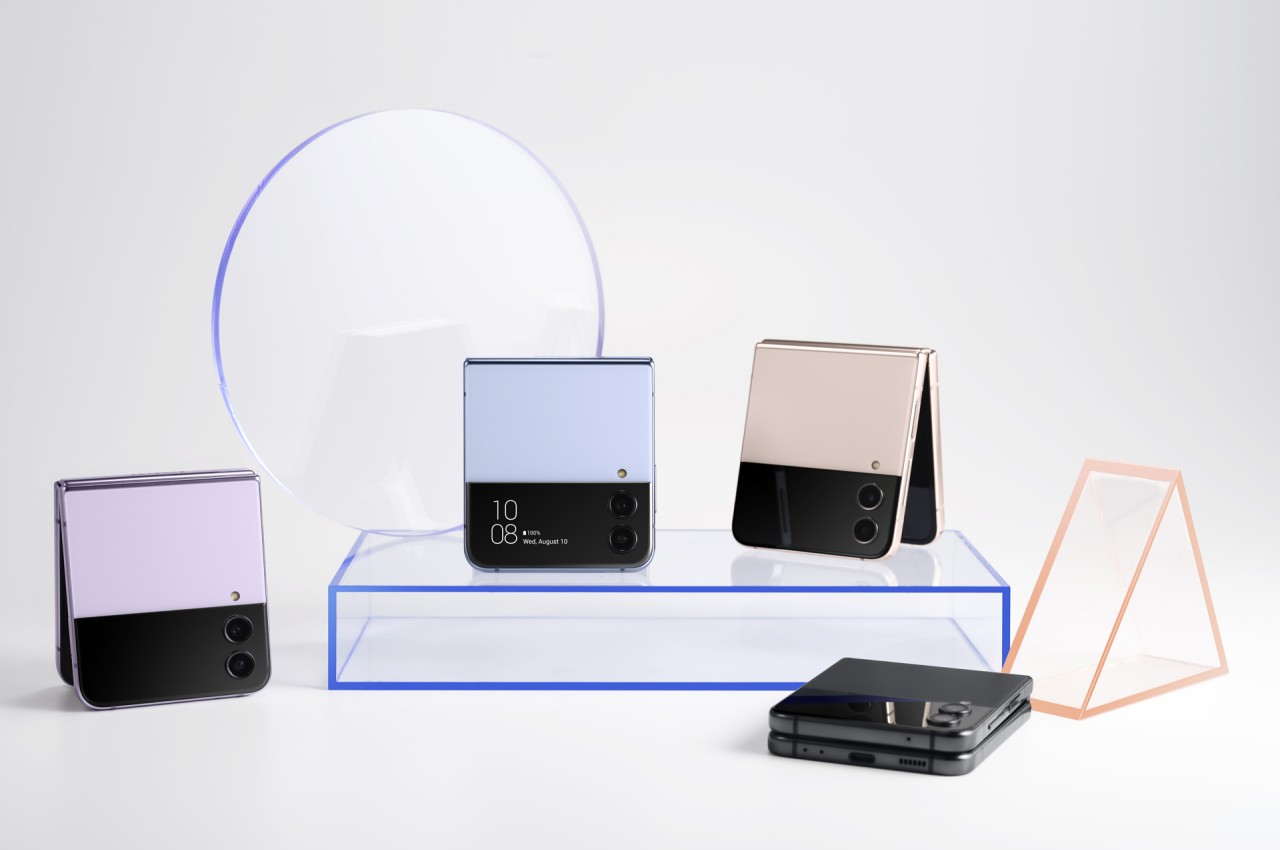 In the smartphone industry, if you’re not putting out a sensational new phone every year or even every six months, you’re seen as stagnating and on the way out. That may have been true for the first decade of smartphones, but keeping up that pace without pause is becoming more of a liability than an asset. Smartphone demand and sales have slowed down, and people are now looking for long-term reliability more than fancy gimmicks and new features. While that doesn’t exactly mean that smartphone makers have to put innovation on hold, it does tell them to take a deep breath and focus on refining what already works to perfection instead, which is what Samsung seems to have done this year.

If taken in isolation, the Galaxy Z Fold 4 looks no different than the Galaxy Z Fold 3 last year. It’s only when you put the two side-by-side will you notice any difference, but even then, those differences are subtle. The hinge is slightly smaller, and the bezels around the displays are narrower. Numbers alone, however, won’t do it justice, and you need to take those changes into context to appreciate the refinements that Samsung has made. 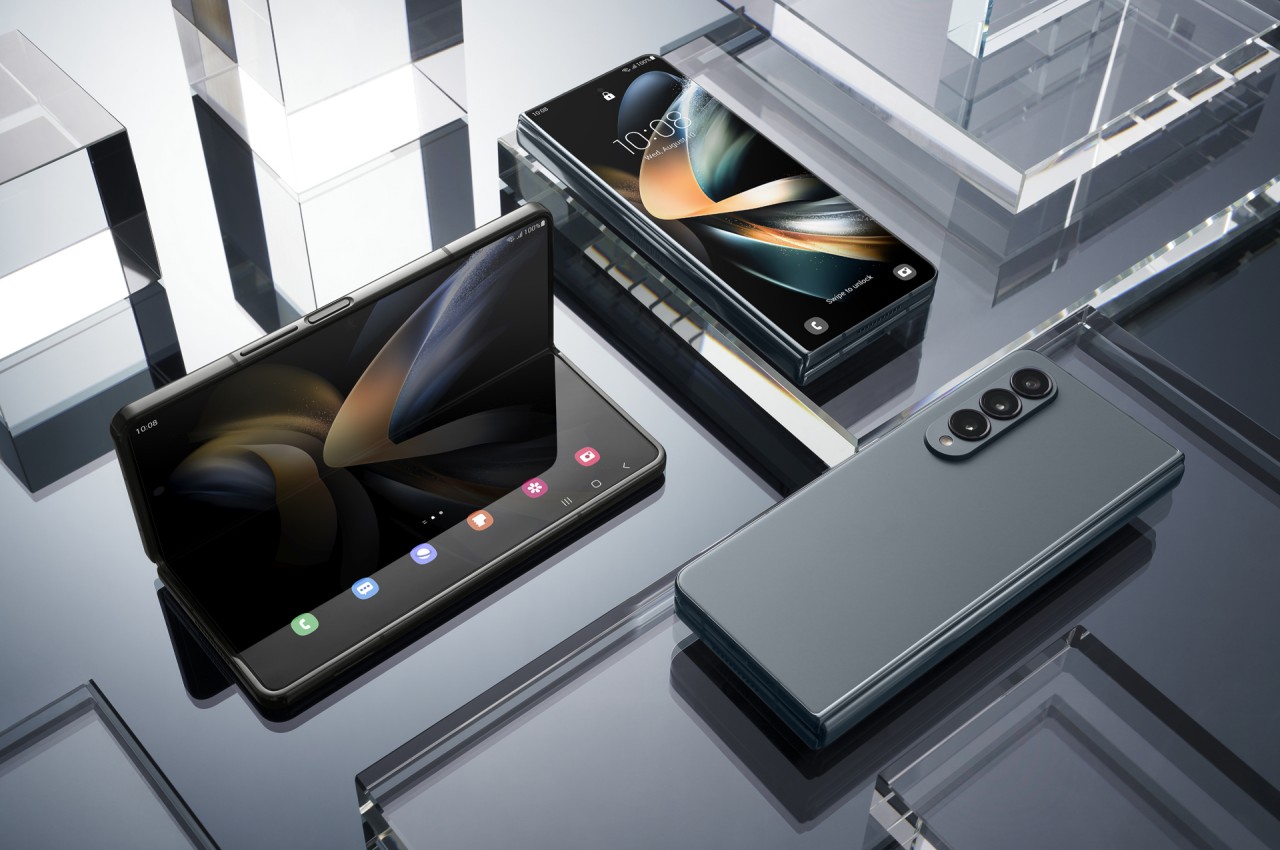 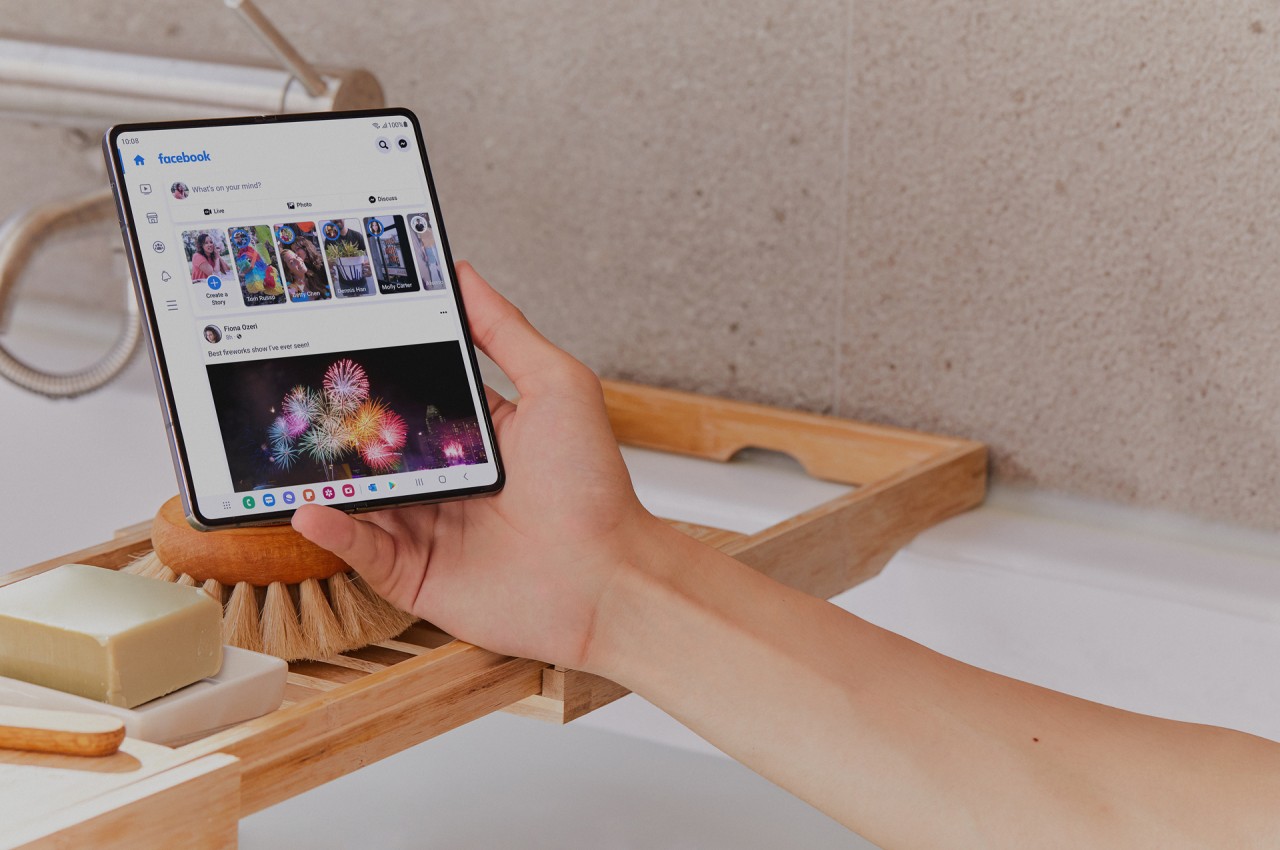 In a nutshell, the Galaxy Z Fold 4 is easier to use in so many ways. It is a bit lighter and easier to hold in one’s hand, and the external Cover Screen is wider, so it doesn’t feel that cramped anymore. Parts of the user interface have been revised to make the phone easier to use as a tablet, thanks in part to the Android 12L update. There are no groundbreaking changes in design, just fixes that address some of the biggest pain points of this kind of smartphone. 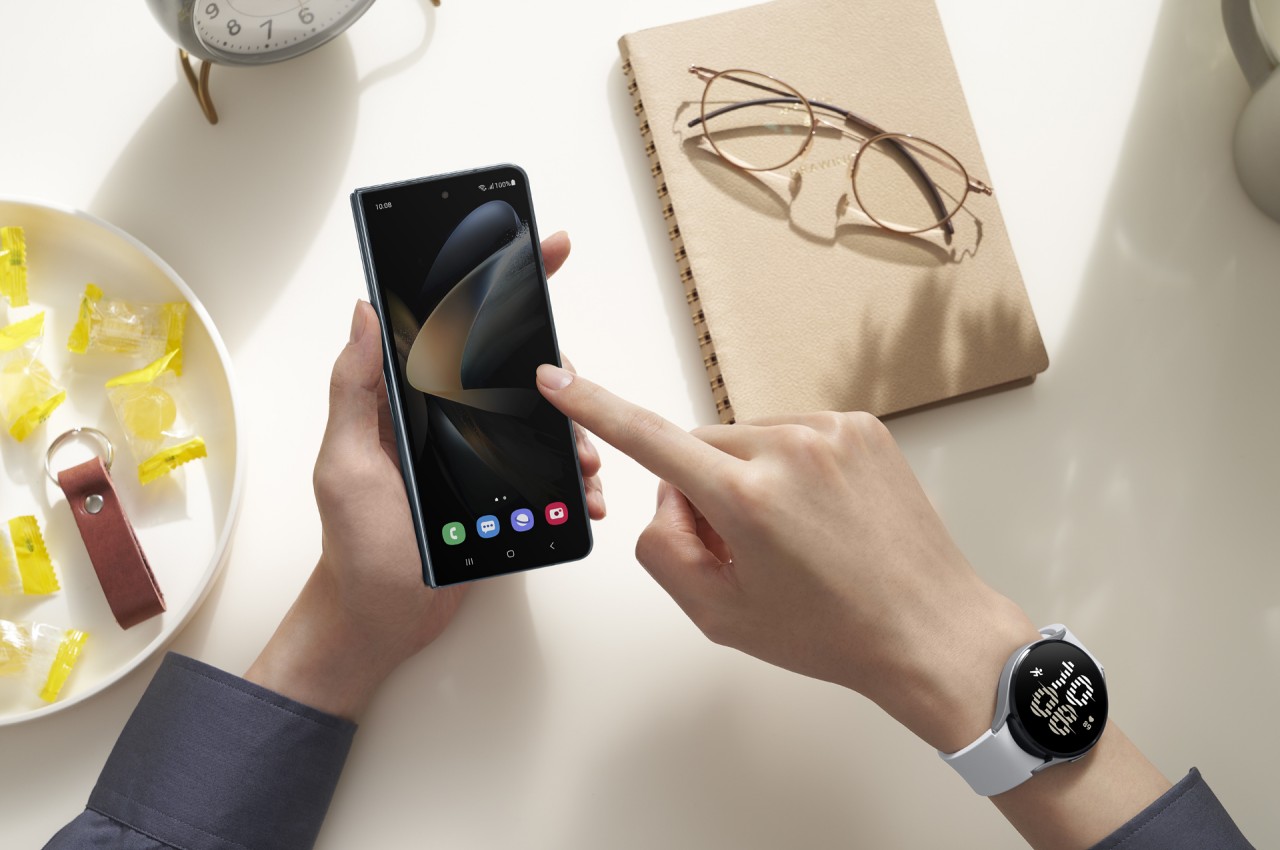 One can’t ignore the massive changes inside as well, and not just the latest Snapdragon 8+ Gen 1 processor. At long last, the cameras have been given an upgrade, with a 50MP main camera leading the fray alongside a 10MP telephoto with a longer 3x zoom reach. As a tool for creativity and for keeping memories, the Galaxy Z Fold 4 steps up to the challenge, even though it might still disappoint serious mobile photographers. The 4MP camera that hides under the display is now less visible, but its ghost is still there. It remains to be seen whether it has significantly improved this year. 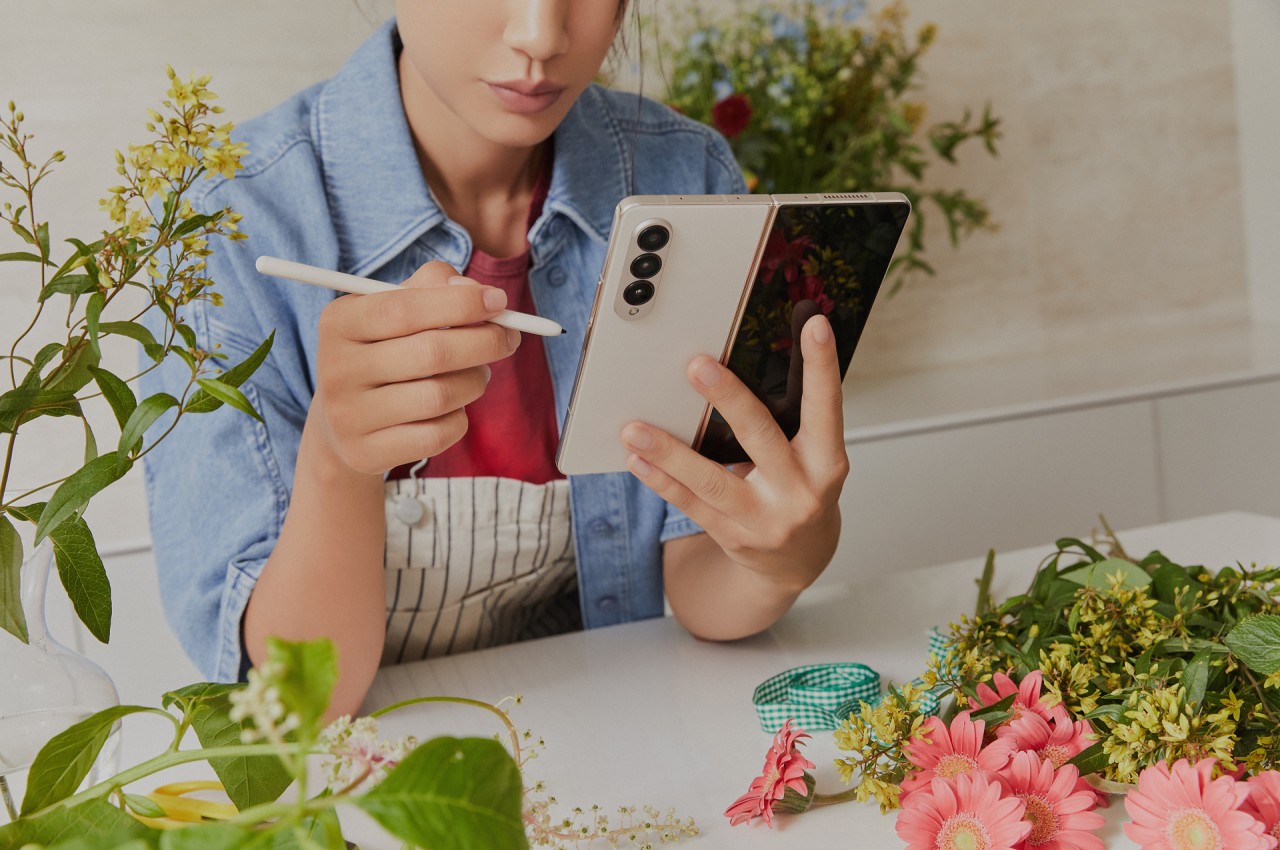 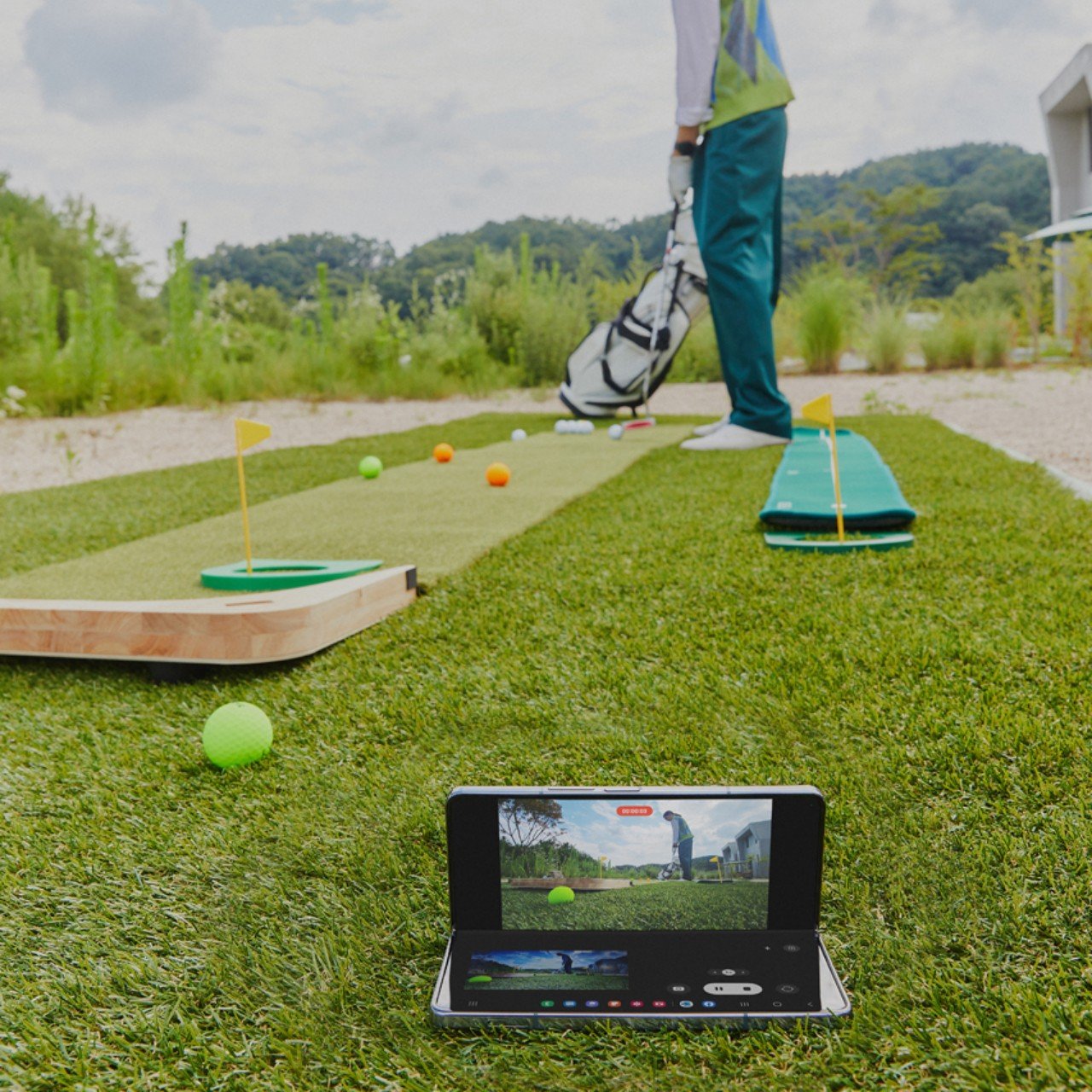 Samsung’s more affordable foldable clamshell also has its share of incremental improvements. Some of the changes are more pronounced, the light flatter edges and hazed back glass cover. The outer Cover Screen is also now larger, which means you can do more with it or at least see more information from it. With this more stylish phone, however, Samsung has given the Galaxy Z Flip 4 a different flavor, making it a vehicle of self-expression that smartphones have become in the past few years. 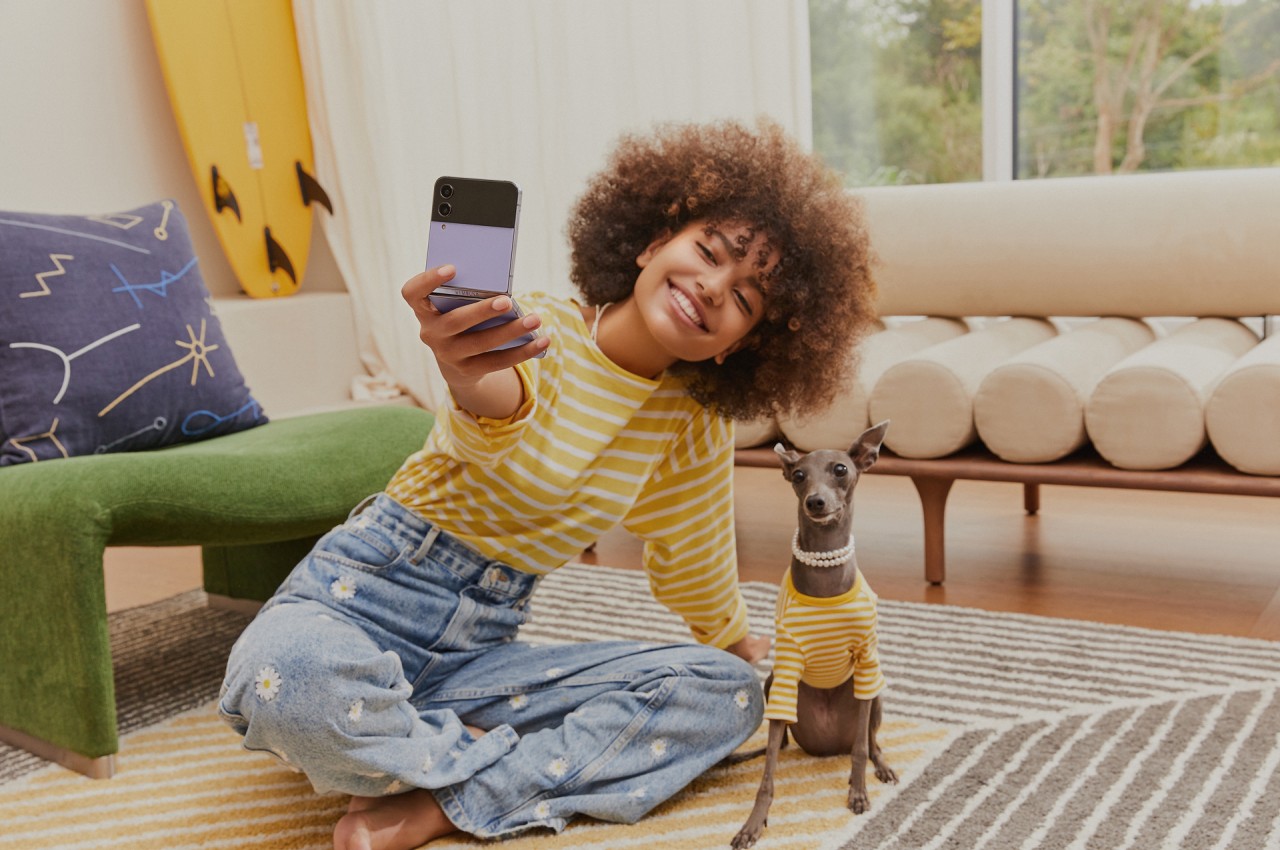 Clamshell phones, though now archaic, were once considered to be stylish and posh. The crisp clicking sound they make when you open or close them really calls attention, and the way you can do that with a single hand sends a message of sophistication and class. While the latter might not be easily doable with these foldable phones, the Galaxy Z Flip 4 still has that air luxury carried over from the old days. Fortunately, Samsung knows well to play up that image. 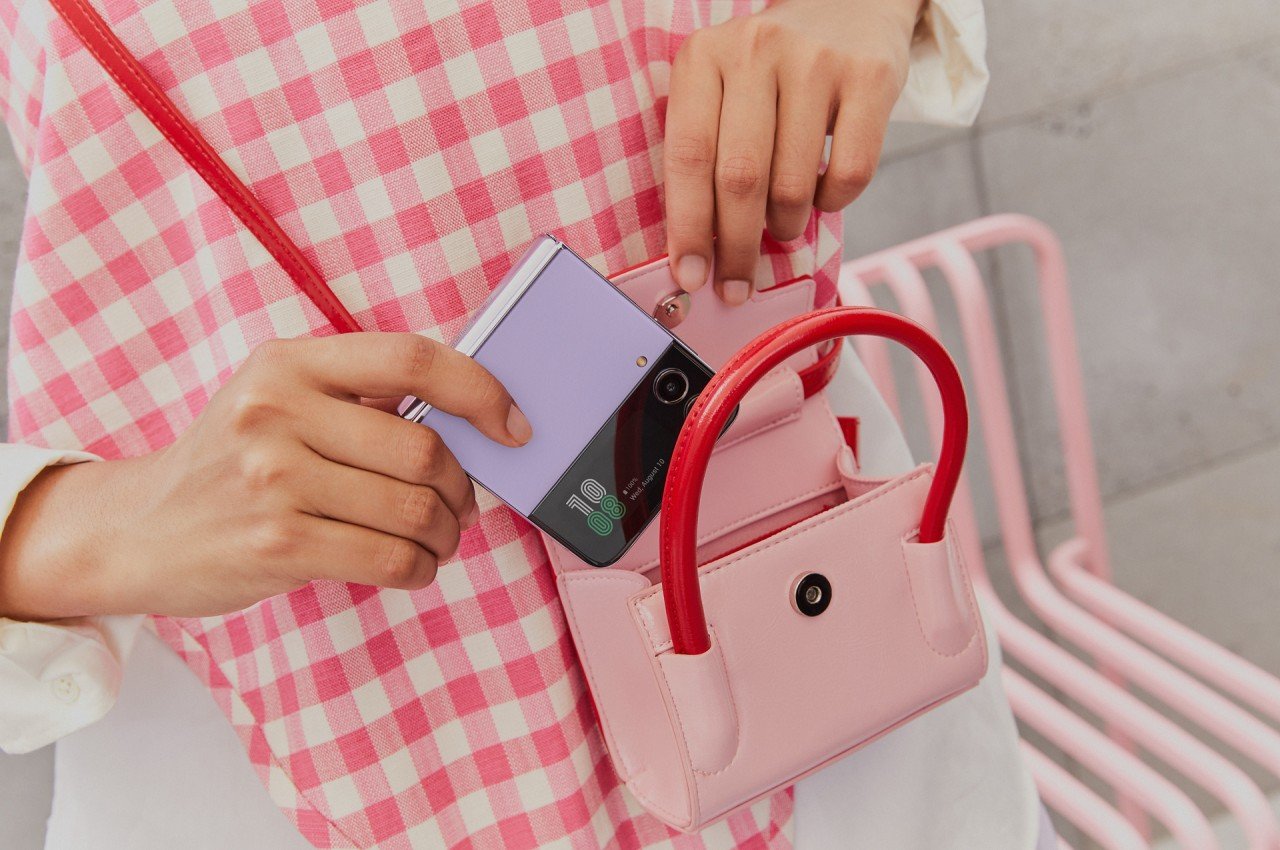 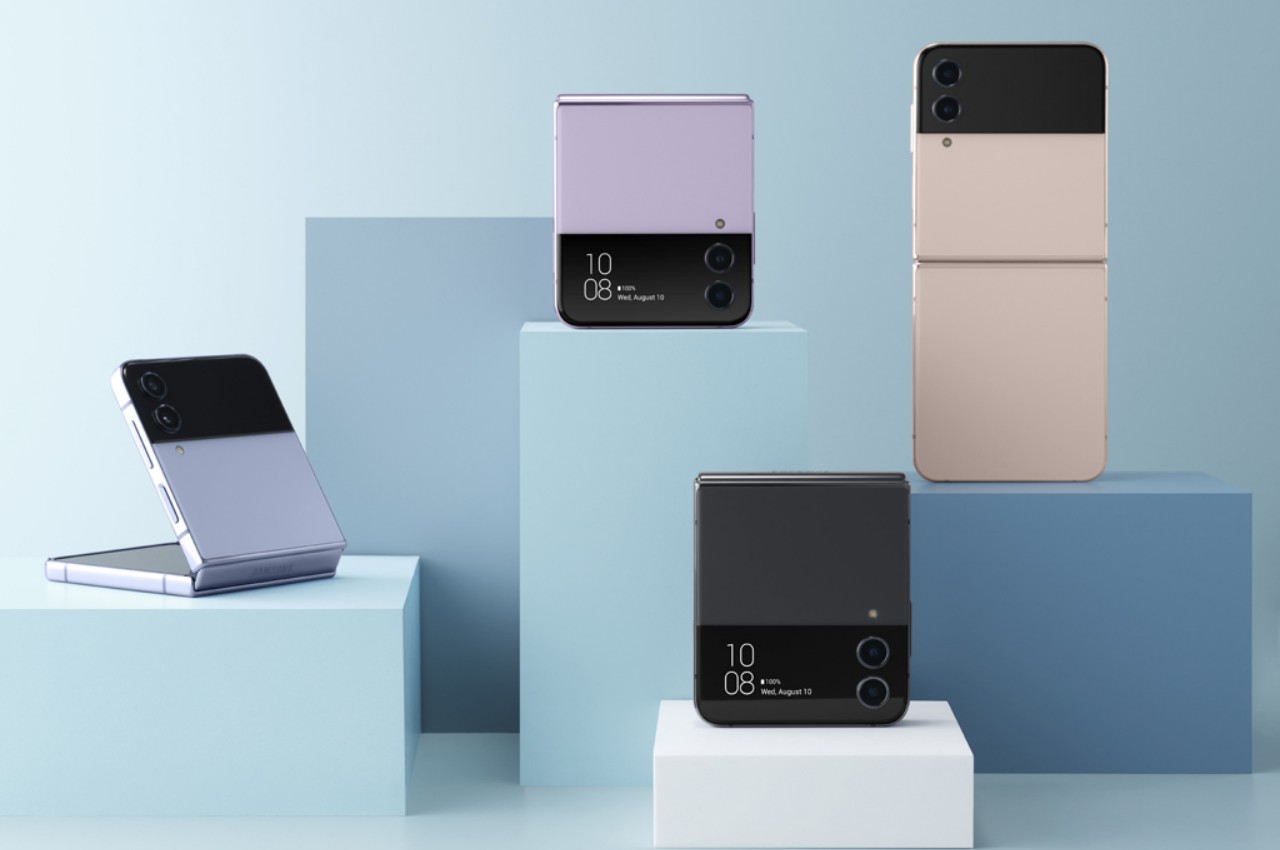 In addition to the design and hardware improvements that it made, Samsung is spinning the Galaxy Z Flip 4 as something made to be personalized and personal, from the available color choices to the customization options in terms of themes. New camera features are also geared towards people who love to show off and express themselves on social media, no matter their age. More than just a refinement in design, the Galaxy Z Flip 4 is a refinement in purpose, sending a clear message that it isn’t just for people who want the latest and greatest smartphone technologies but also for those who view phones as a part of their personality. 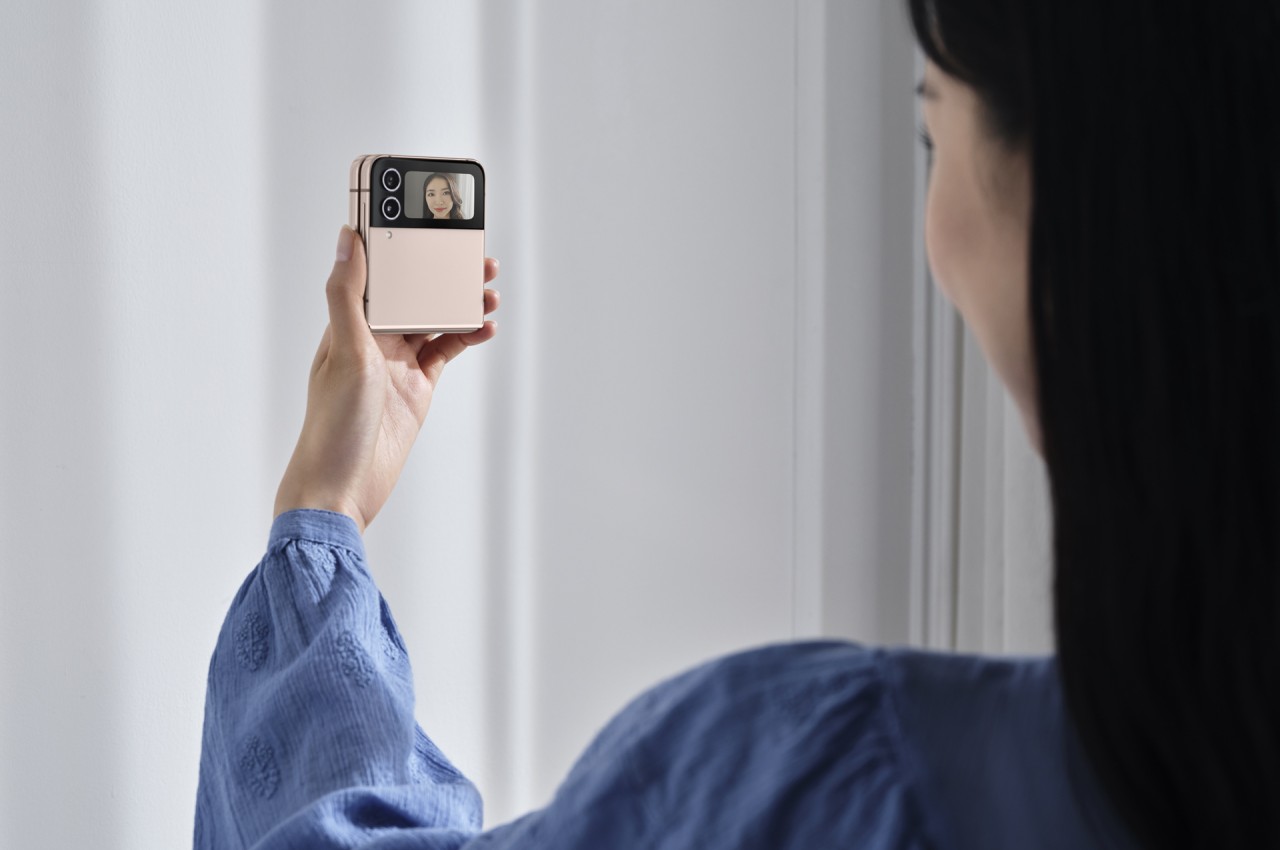 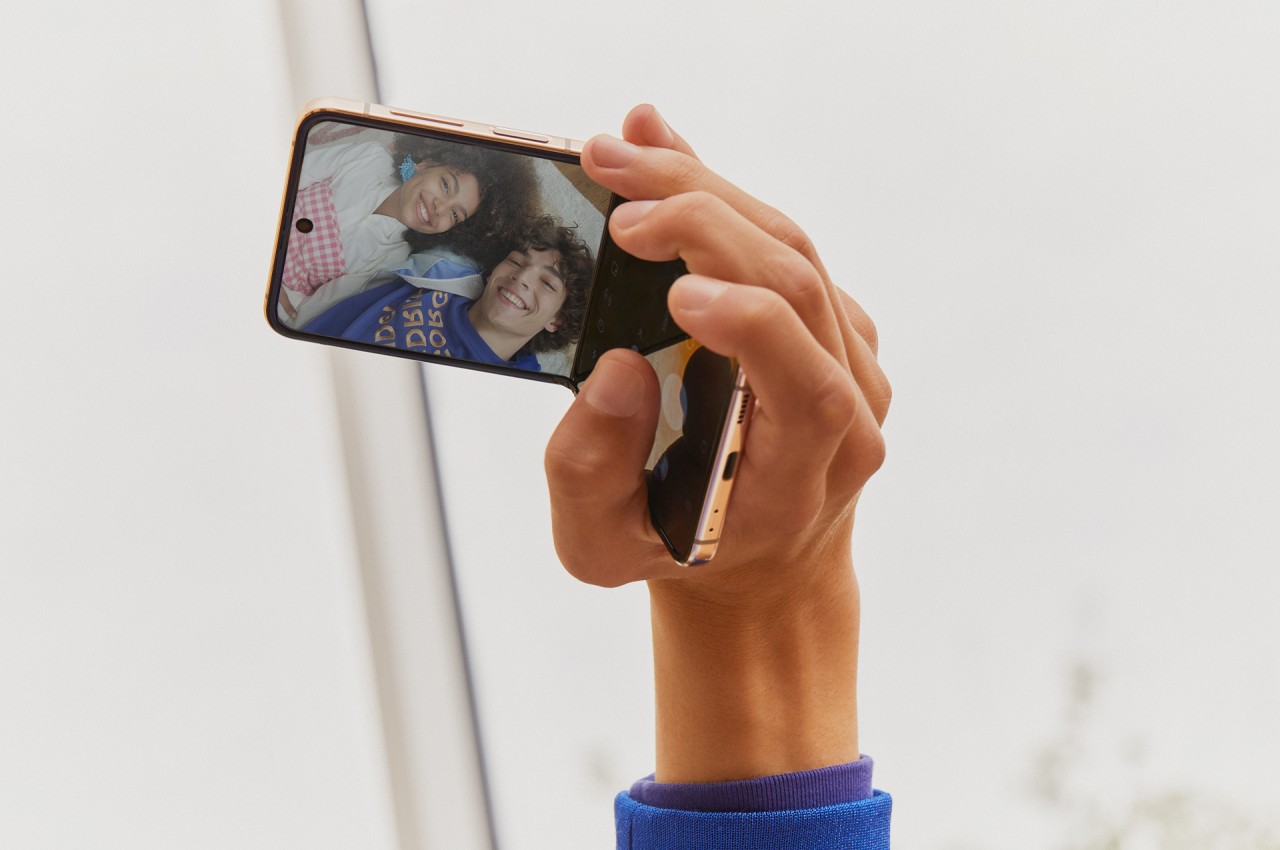 Samsung also announced devices other than foldable phones at its unpacked event, and they might ironically be more interesting as far as significant upgrades go. The Galaxy Watch 5, for example, introduces a new “Pro” model for people who like to live life to the extreme. The Galaxy Buds 2 Pro, on the other hand, introduces a slightly different design as well as new features. Neither, however, changes the formula completely in ways so different from their predecessors. 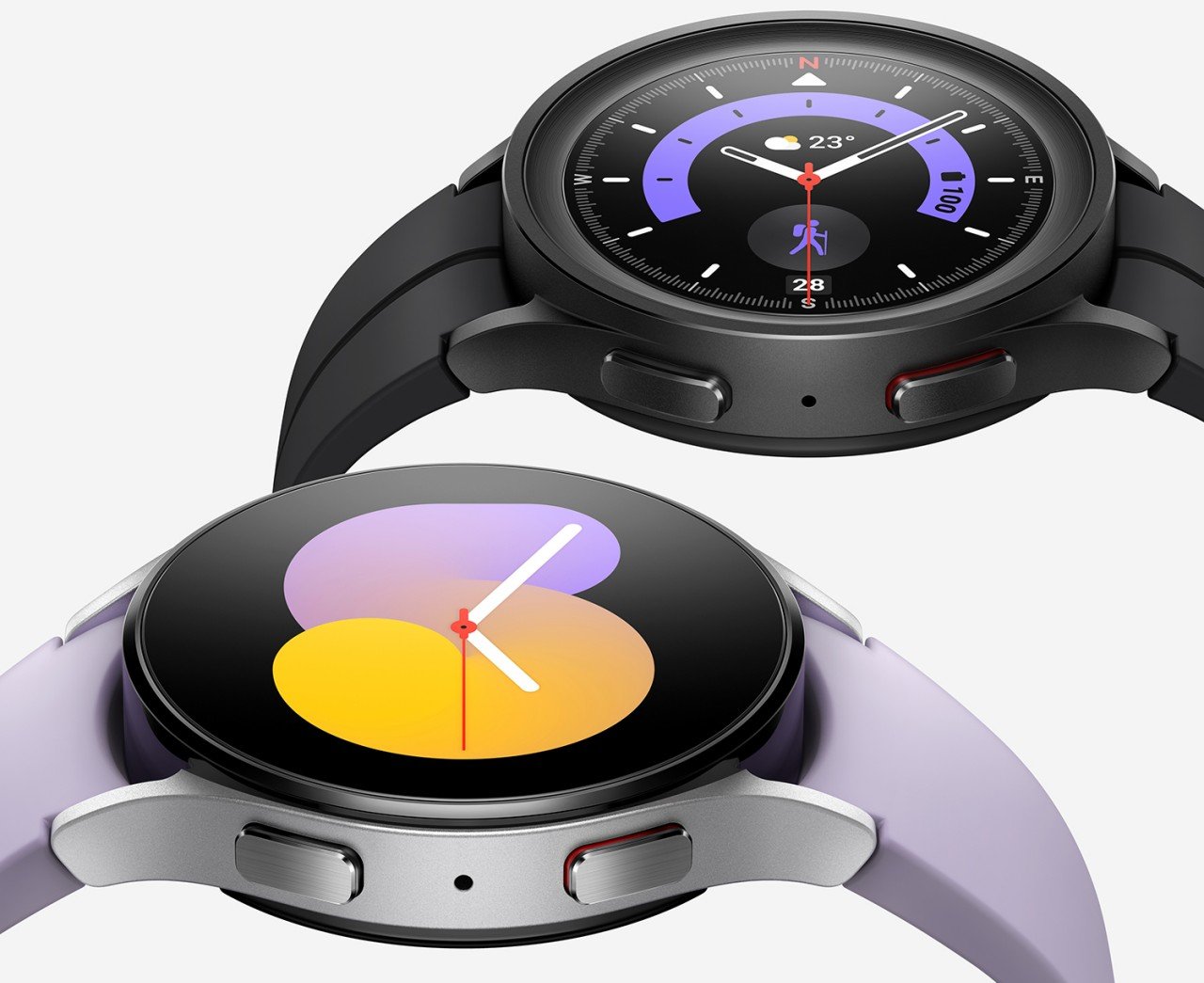 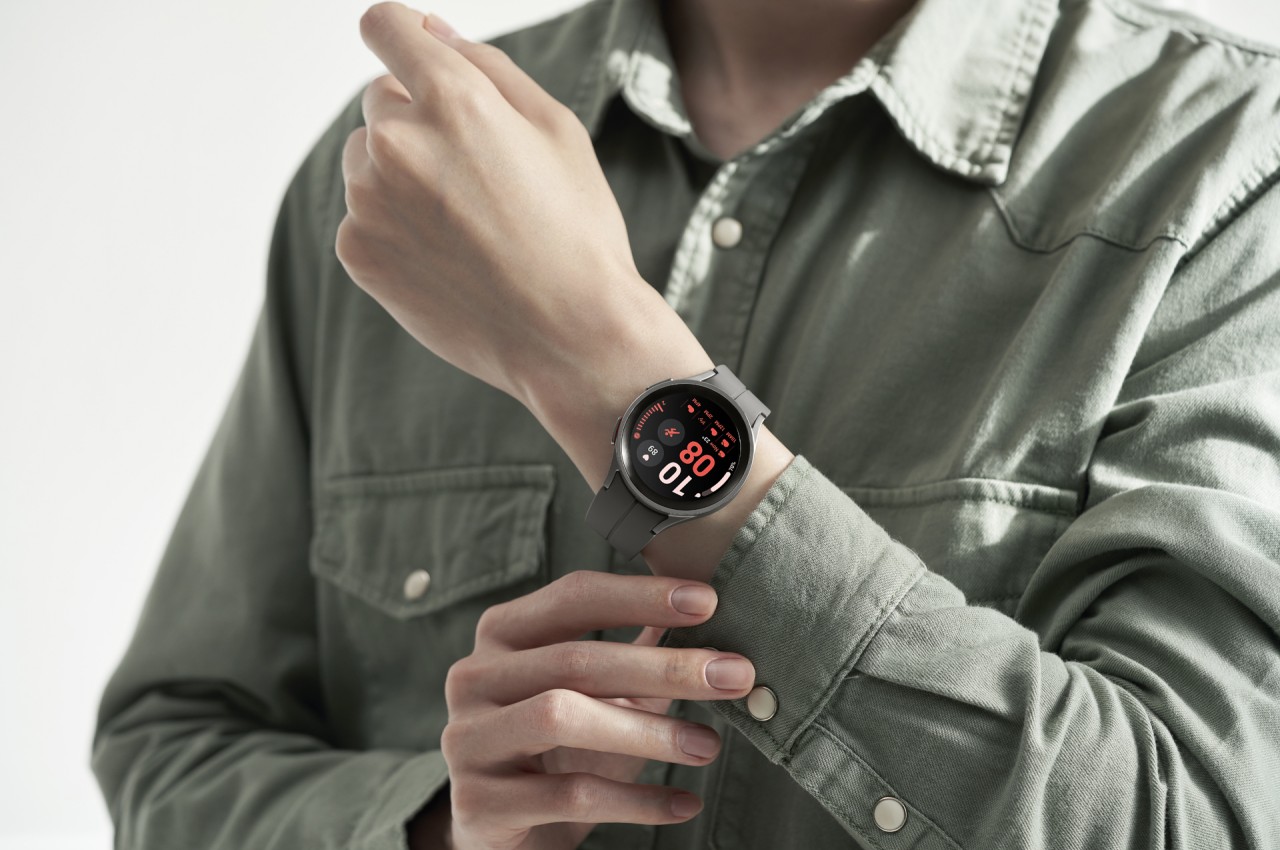 The Galaxy Watch 5 admittedly deviates a bit from previous Samsung smartwatches by ditching the rotating bezel that was once a staple of this line. The Galaxy Watch 5 Pro takes the game to a new level with a protruding bezel that is almost nonexistent among most smartwatches, even the sportier ones. At the end of the day, however, these are just variations of the existing Galaxy Watch design language, providing a product that is new yet also familiar, inspiring confidence that most things are still the same. 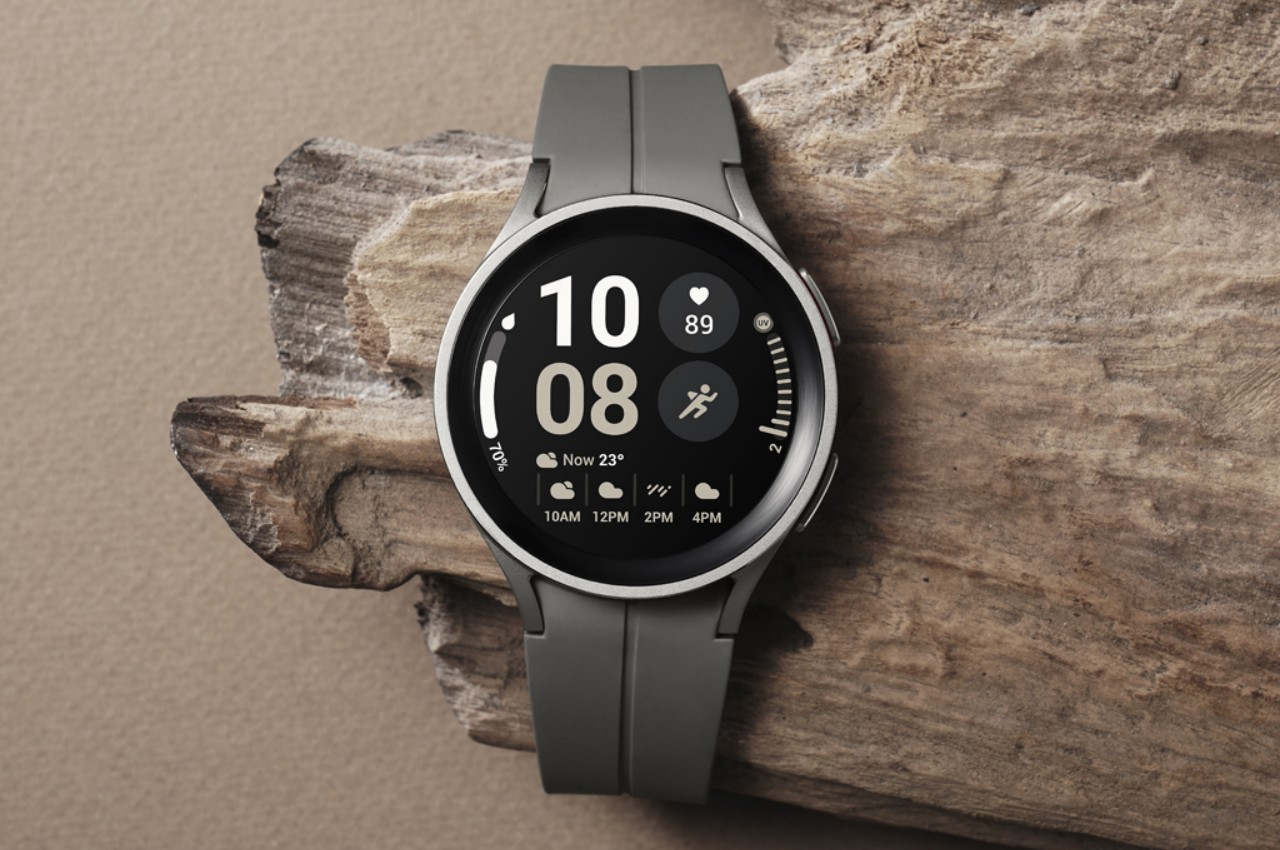 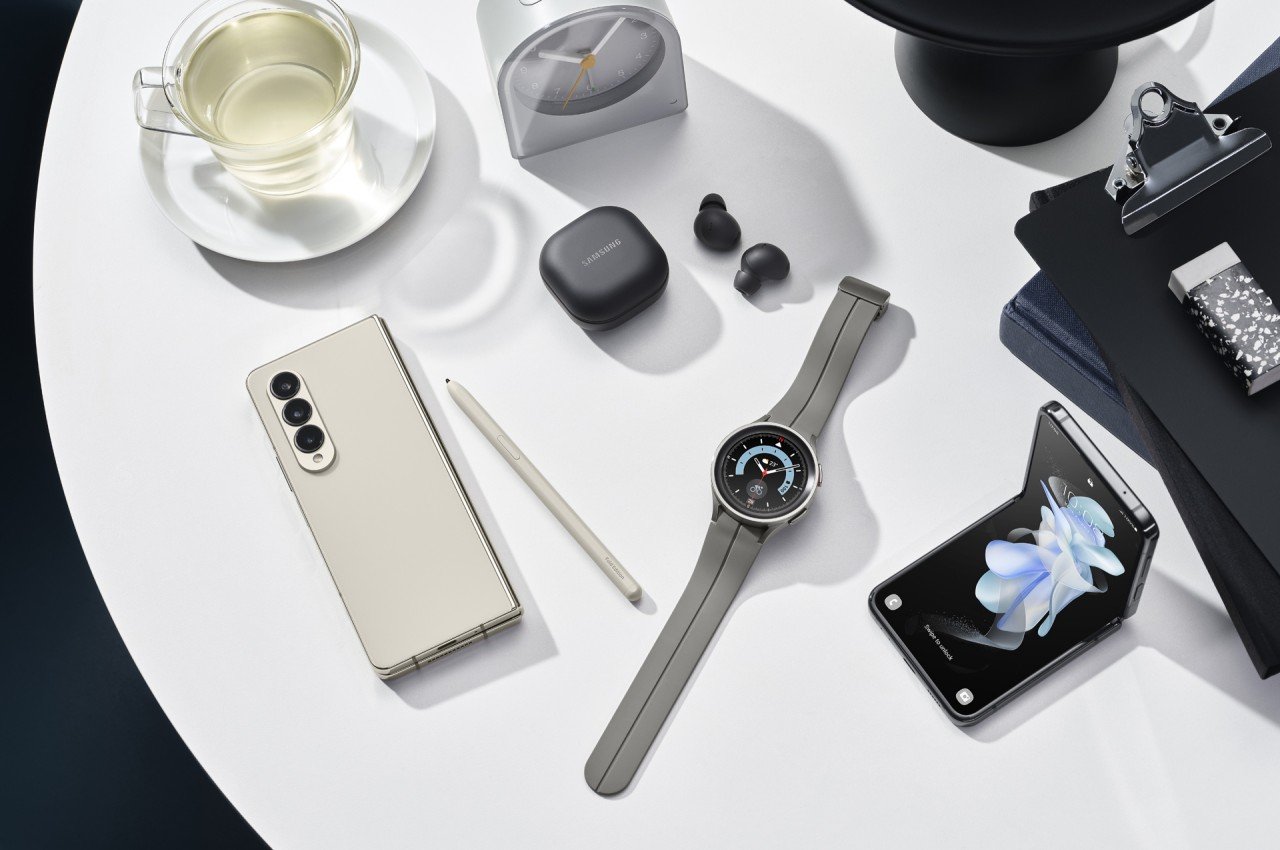 The Galaxy Buds 2 Pro also changes the design a bit, embracing a smaller form that is promised to actually provide a more secure fit. Its headlining features, however, include support for Hi-Fi 24-bit audio and high-quality music. It doesn’t stray too far from the first Galaxy Buds Pro’s form, though, which is a bit of a surprise since Samsung has changed its design for almost every new earbuds. It finally seems that it has found a winning design formula and is sticking to it, at least for now. 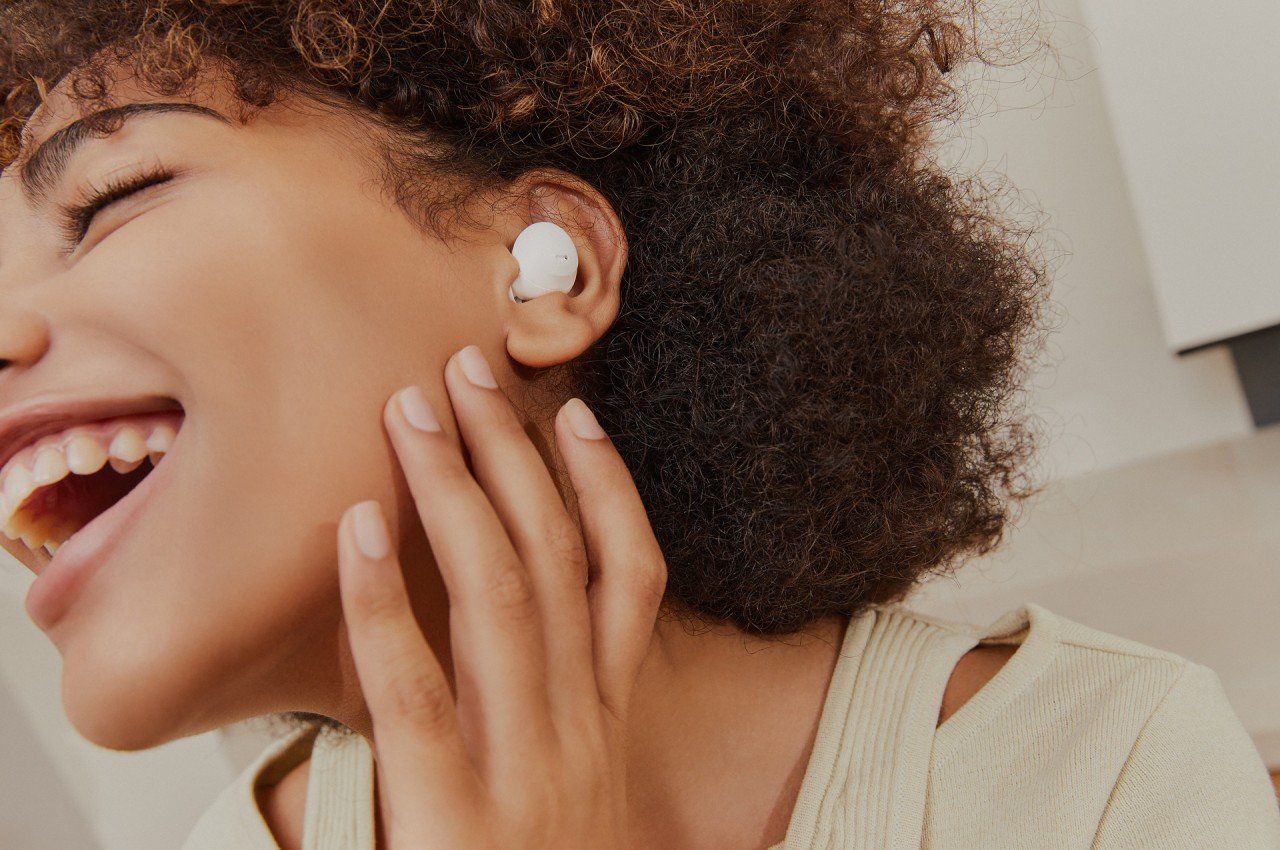 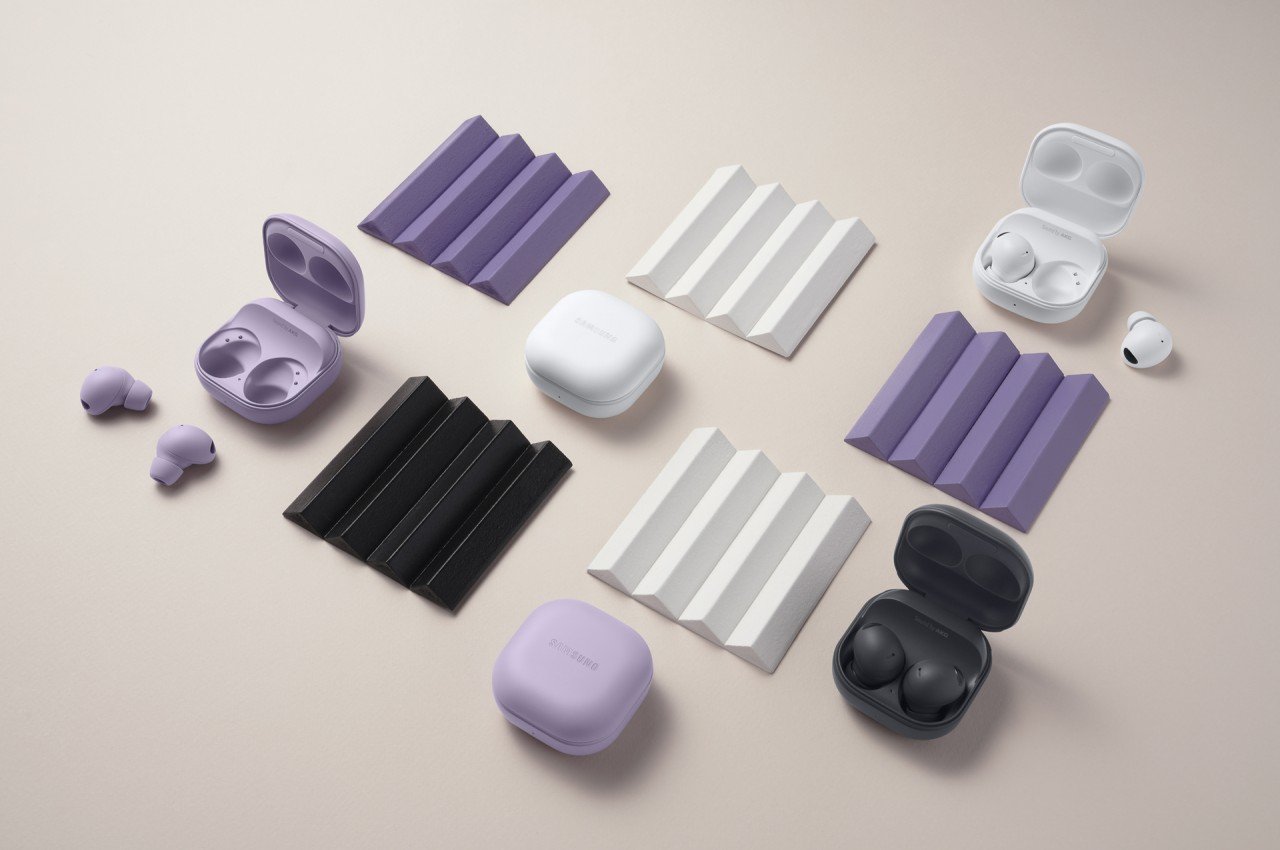 Stability almost has a negative connotation in the smartphone industry, at least when it comes to design and appearances. If you’re not showing off something entirely new and head-turning, you’re as good as dead. That’s no longer the case these days, though, as more and more smartphone manufacturers stick to a design for another generation or two. Rather than seeing it as a sign of stagnation, however, it should be taken as evidence of maturity. 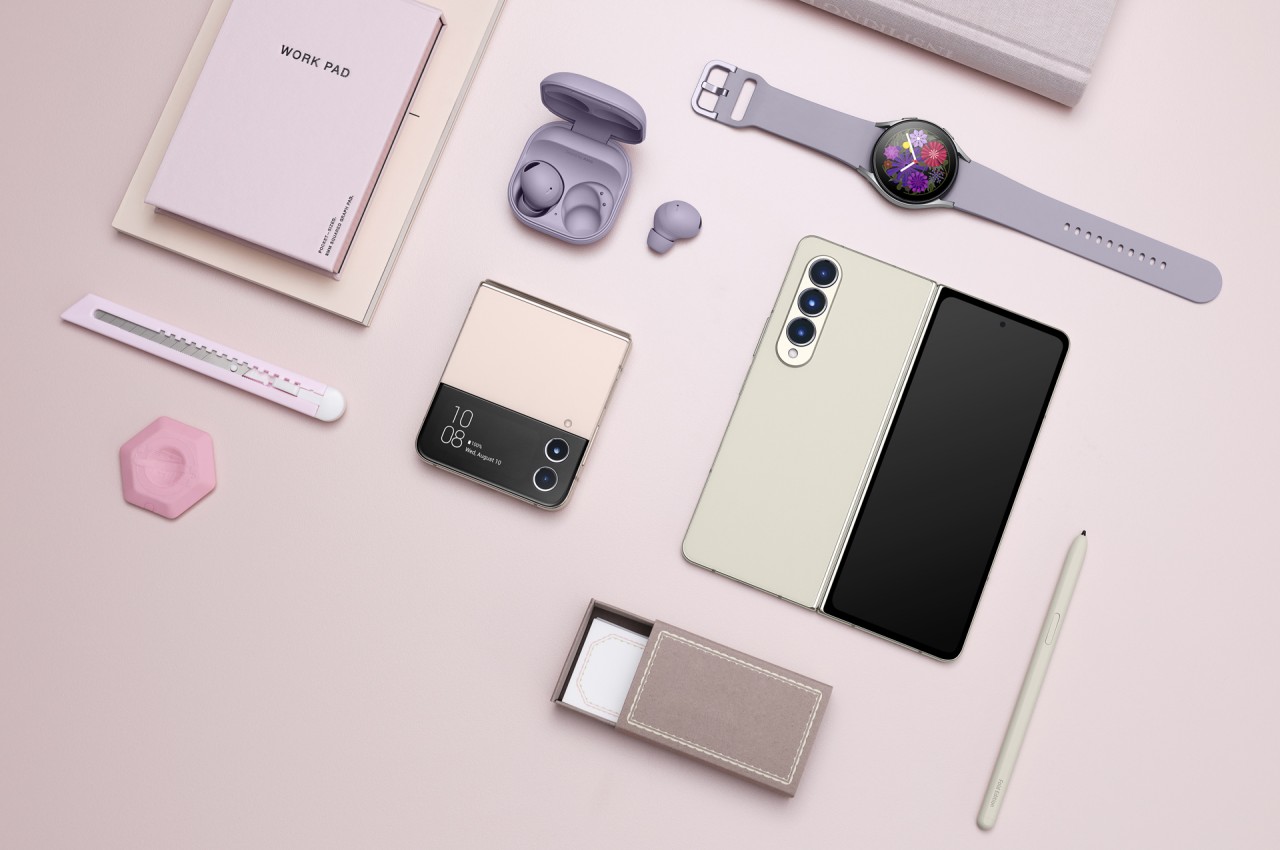 Living things tend to slow down their rapid growth rate once they hit an age of maturity, and products also start to change less once people stumble upon the perfect combination. While the doors are still wide open for innovation in smartphones, they no longer need to happen every six months. People are now looking for products and designs that they can rely on, not one that changes drastically every year. Smartphones still need to improve, but they don’t need to make leaps with every new model.

This doesn’t mean that Samsung’s job is done. Far from it, the Galaxy Z Fold, in particular, still has a long way to go toward perfection. It still needs to be able to fold flat, its crease needs to be less visible, the S Pen needs a silo inside, and the cameras have yet to reach the same level as Samsung’s own Galaxy S flagship line. It could have brought all of that this year, presuming it already had the pieces ready, but it chose to create a calmer and more sensible atmosphere with the Galaxy Z Fold 4’s and Galaxy Z Flip 4’s launch. Armed with incremental refinements and a clearer direction, Samsung is trying to send a message that its foldable phones aren’t just a passing fad and that it’s here for the long haul. 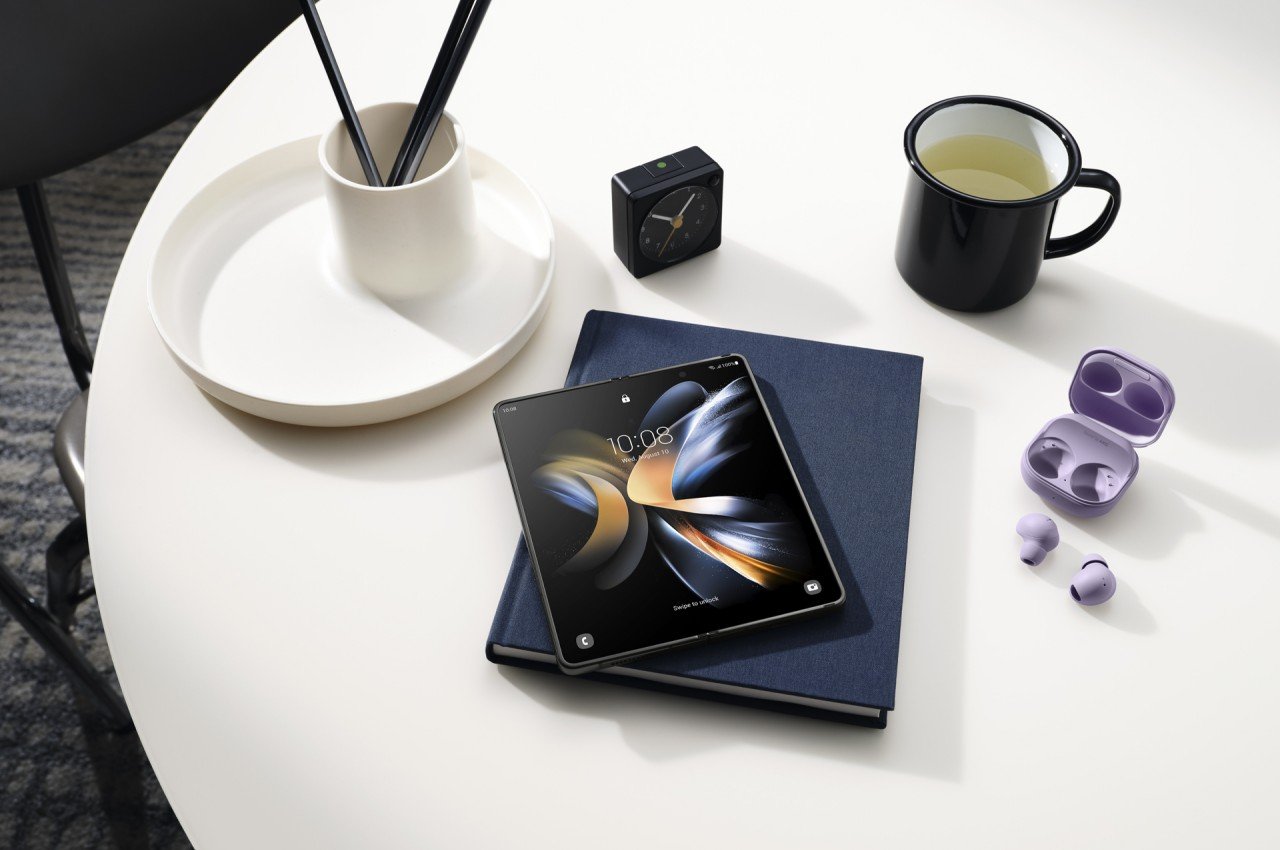 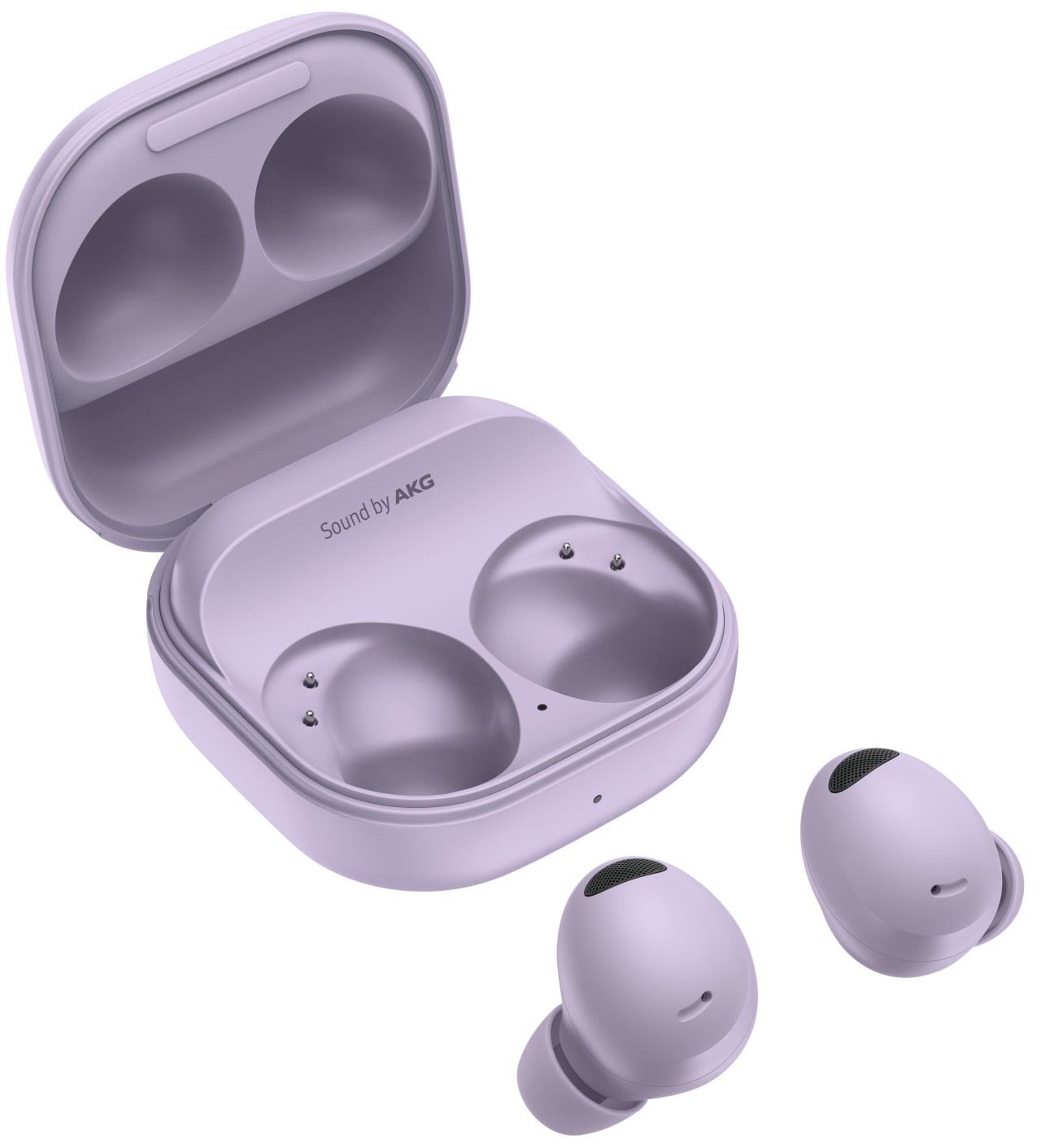 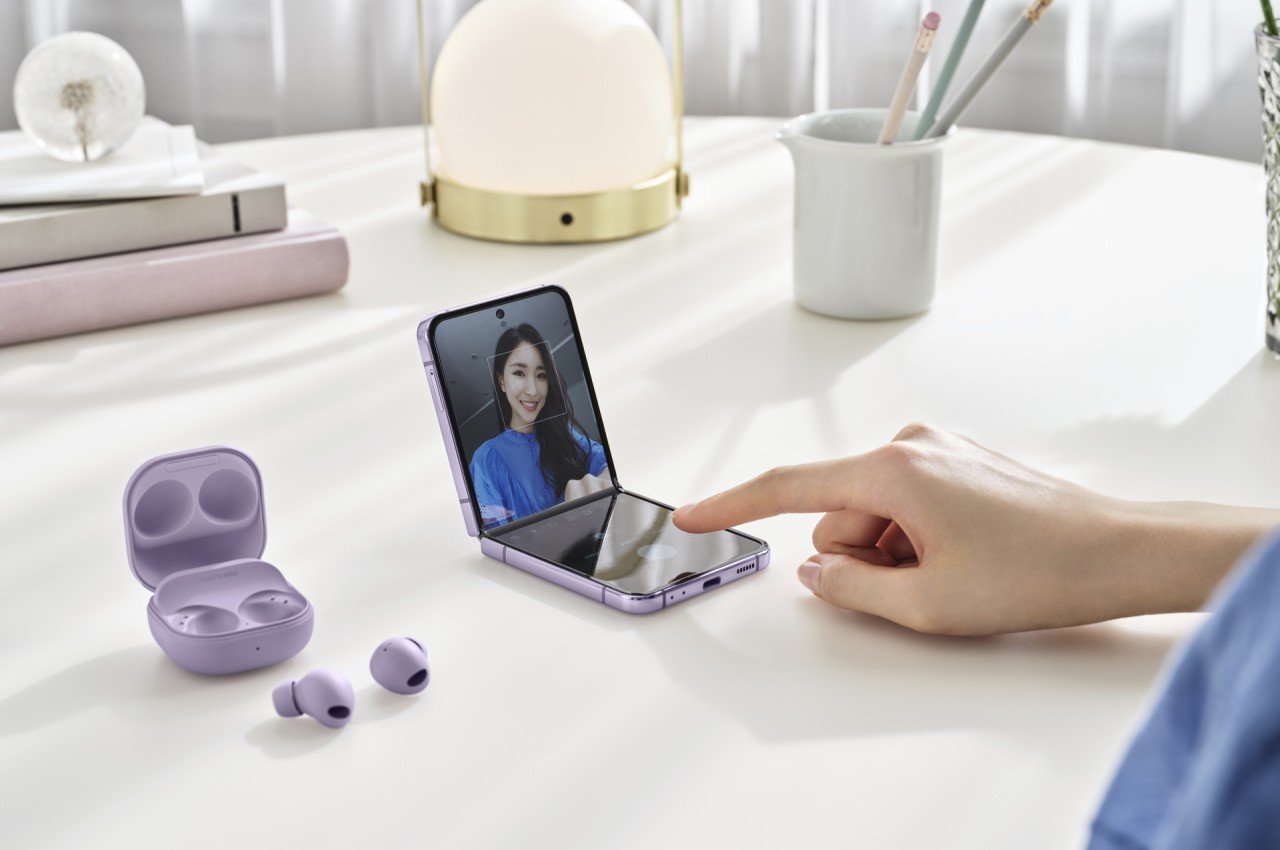 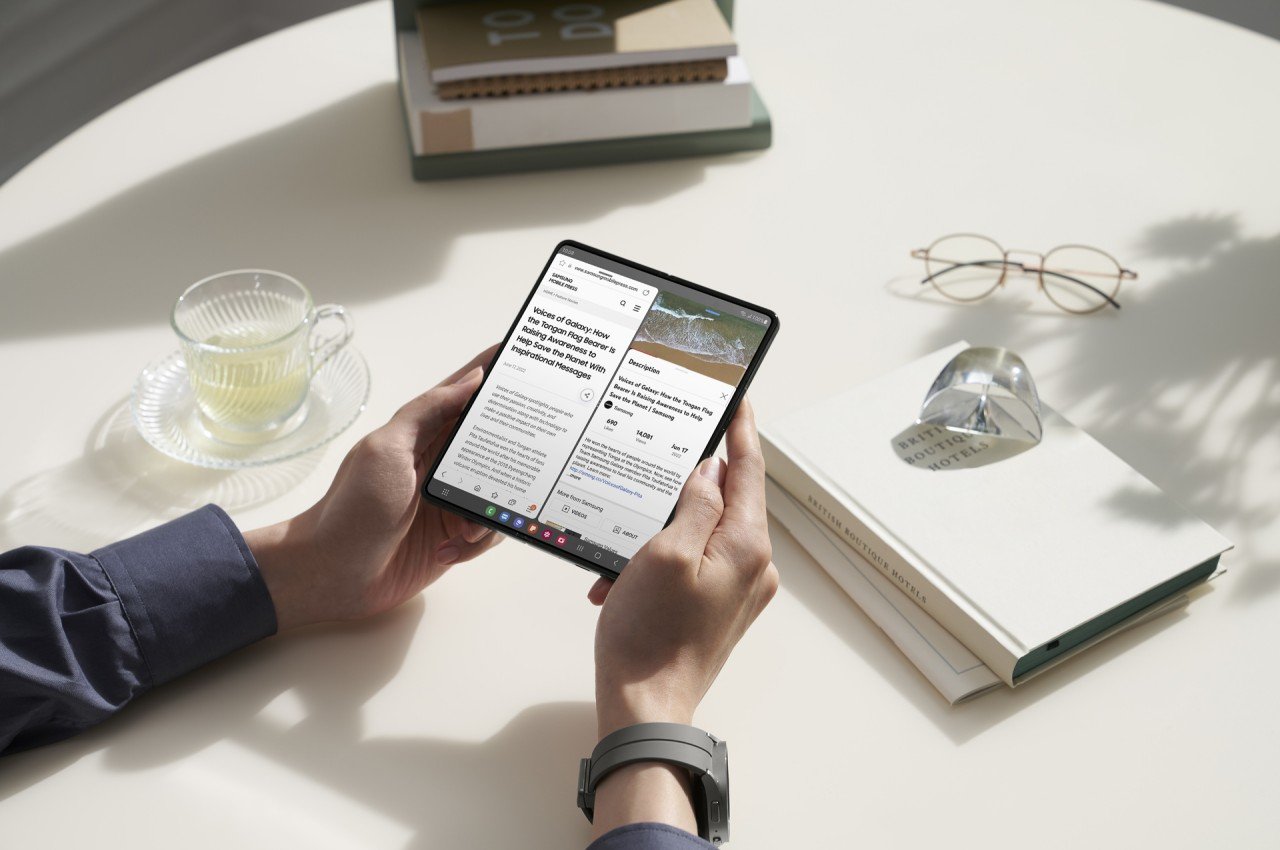 Filling a rather strangely-ignored UX gap with the smart-speaker market, LAYER Design’s smart-speaker for Russia-based Mail.ru comes with its own expressive little face that reacts…

Copic Marker gets reinvented with a RGB slider to create a marker worthy of the future!

Every designer faces this struggle in their life, how many Copic markers can I buy, and how do I carry them all with me? Designers…

Simply called the “Fold Bike,” this origami-inspired folding cycle provides ultra-portability in the urban environment without sacrificing style. The dapper design’s paramount feature, however, is…

One sensor, many senses!

Know when people or pets are coming, going, getting into things they shouldn’t, or even when your mail is being delivered! You think the likes…