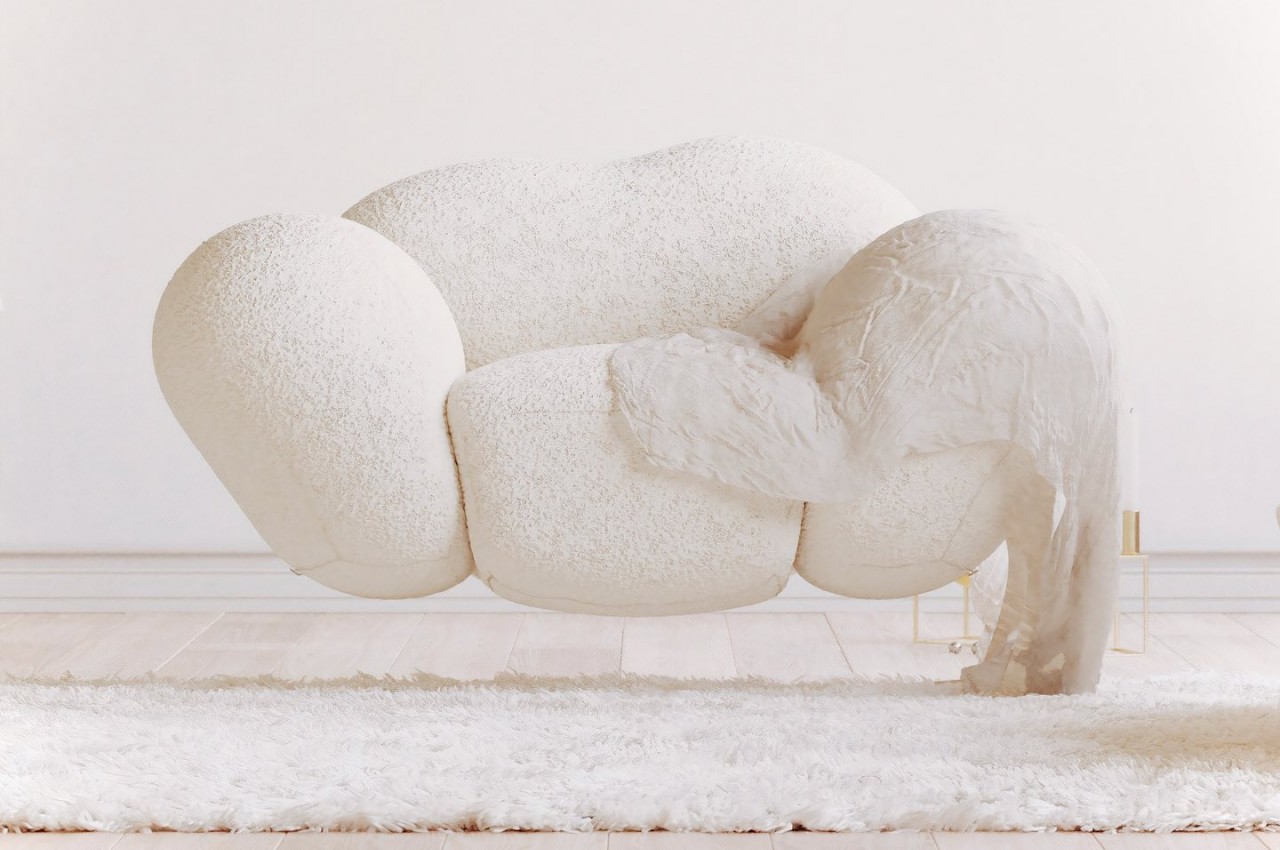 Couches and sofas are primarily designed to provide comfortable sitting for a group of people or even lounging and sleeping for just one person. Over time, however, they have also developed a new purpose, considering the amount of space they occupy in an area. Their size automatically makes them the first visual point for anyone entering an area, making them the perfect way to make a good first impression on visitors. Sofas have, in a way, also become decorative pieces of furniture, an expression of an owner’s style, or simply an instrument to create a visual impact. This sofa definitely makes a lasting impression, though people might be wondering whether they should be dreamy or wary of sinking into its cloud-inspired embrace. 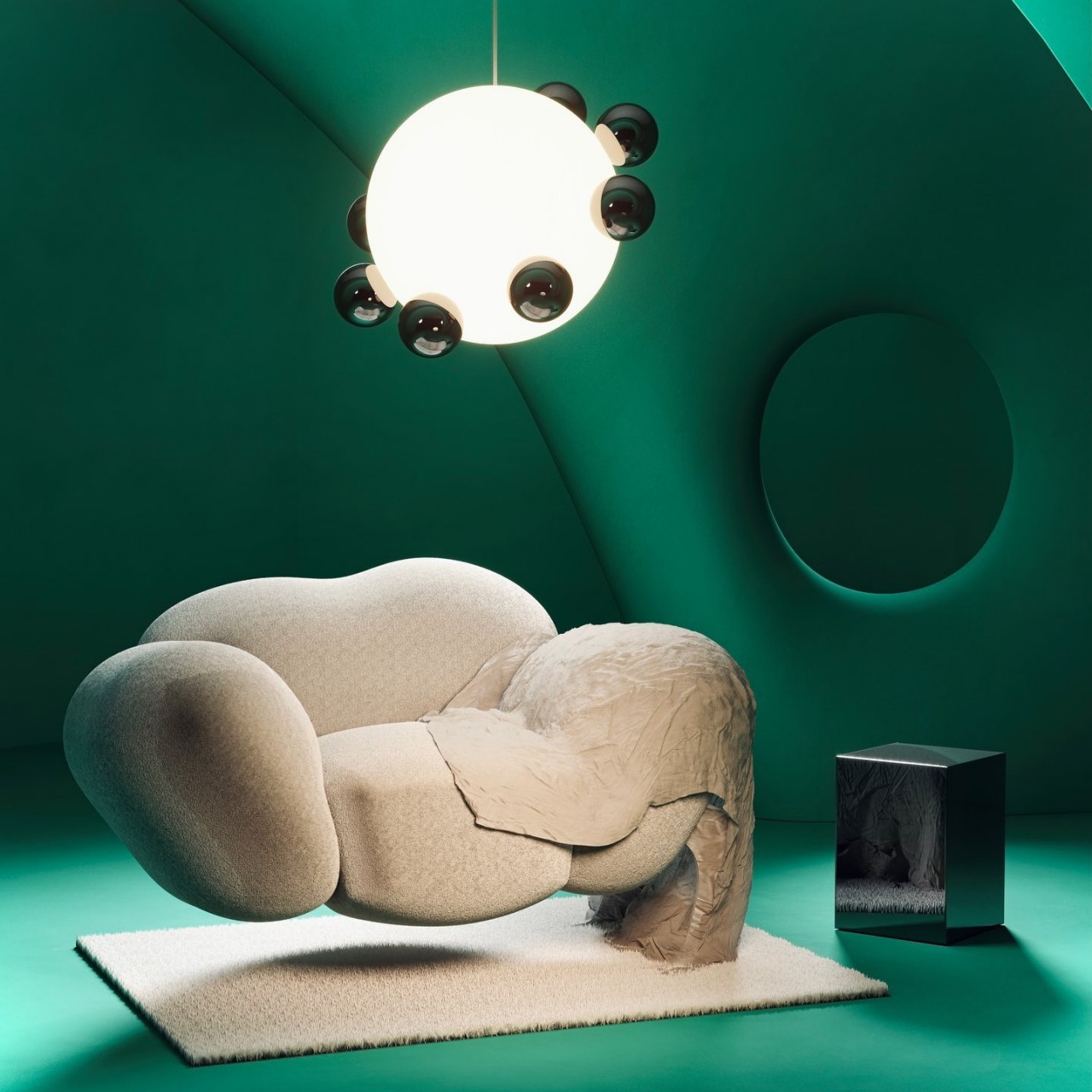 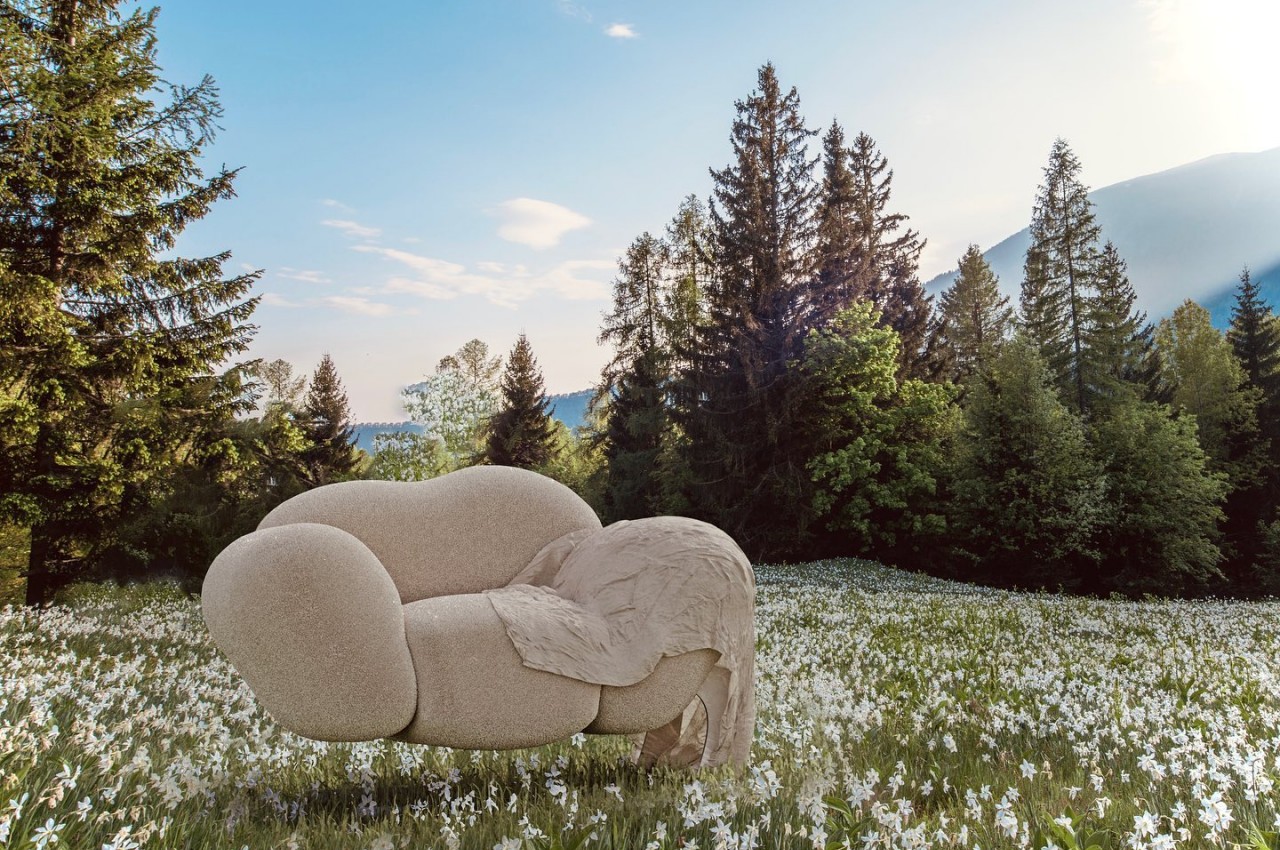 We’ve seen our fair share of memorable sofa designs that range from the elegant to the eccentric. Some take their inspiration from various art movements throughout the decades, while others bring mundane objects to the living room. There’s even one that’s designed to look like scrumptious bread rolls that are good enough to nibble on. It’s a delightfully wacky way to be a couch potato, but one that might be inviting trouble when toddlers mistake it for the real thing. 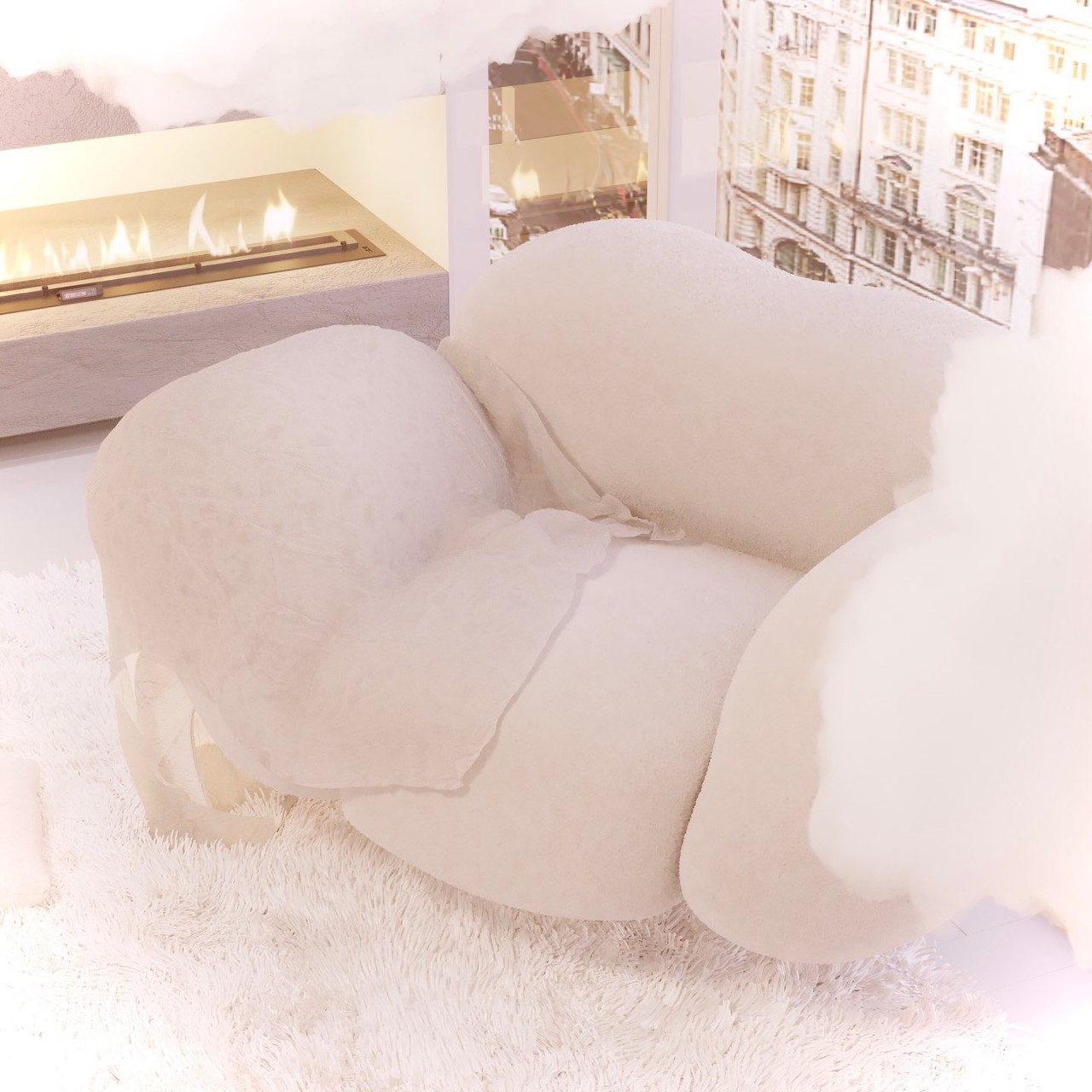 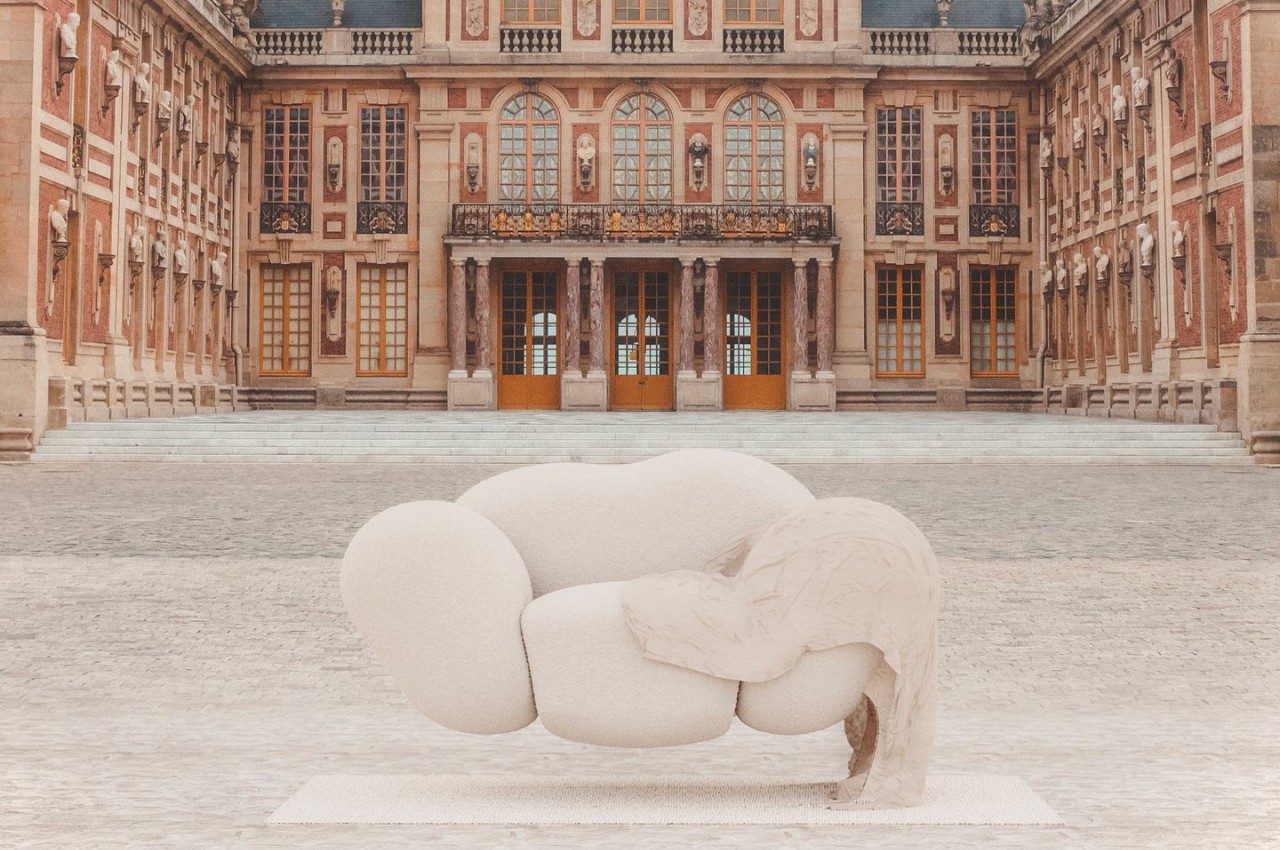 And then there are the artistic interpretations of those everyday objects, like crumpled paper or fluffy clouds. The Suspended Sofa is like a little bit of both, but it also provokes the mind to make a suspension of belief that you won’t fall down on this cozy seat. 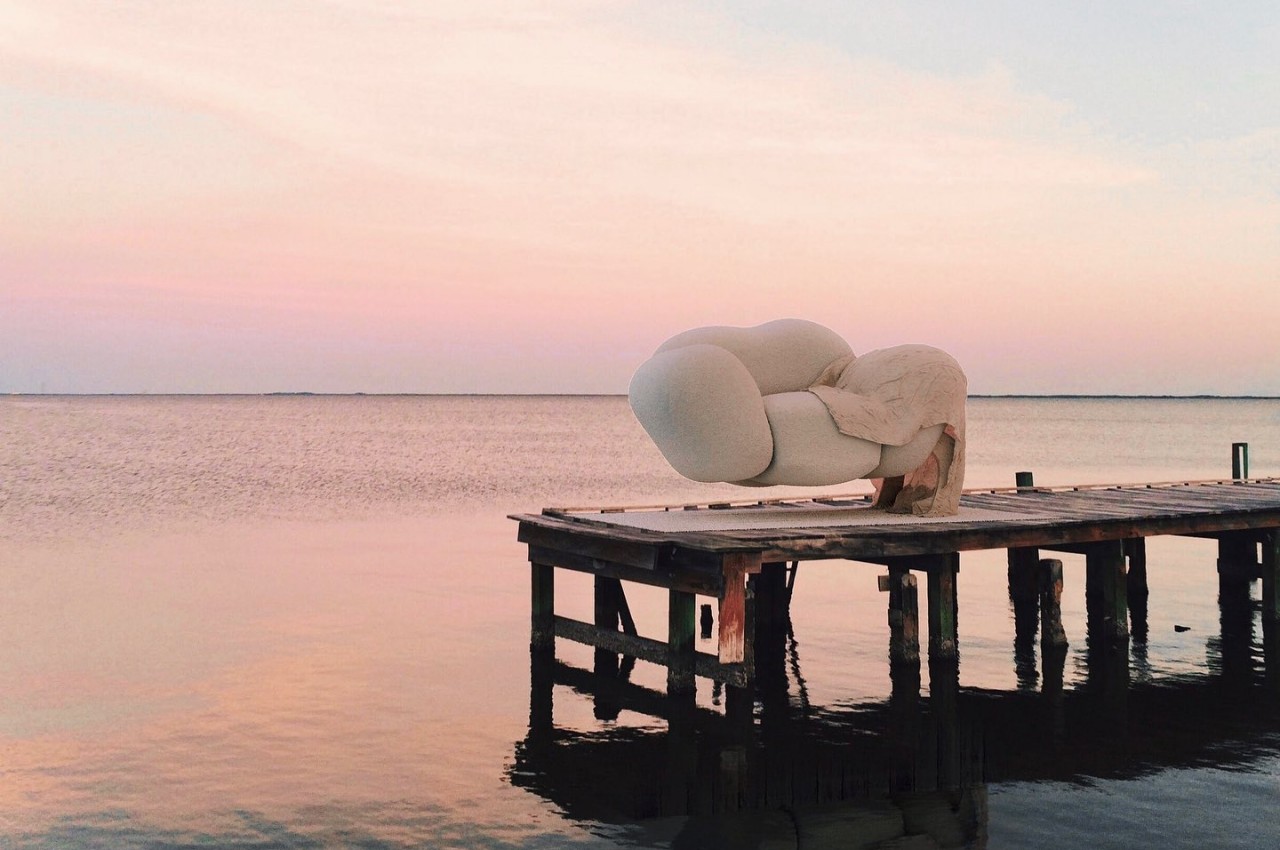 The sofa clearly takes after the soft, white clouds hanging above our heads that we often take for granted every day. Unlike other cloud-inspired sofas, this one tries to faithfully recreate the uneven forms of clouds. Real clouds aren’t uniform and smooth, and neither is the surface of the Suspended Sofa. There is even an uneven piece of crumpled fabric hanging over one side down to its base, covering the lone leg of the couch. The base is covered with a white carpet reminiscent of feathery cirrus clouds intermingling with cottony cumulus. 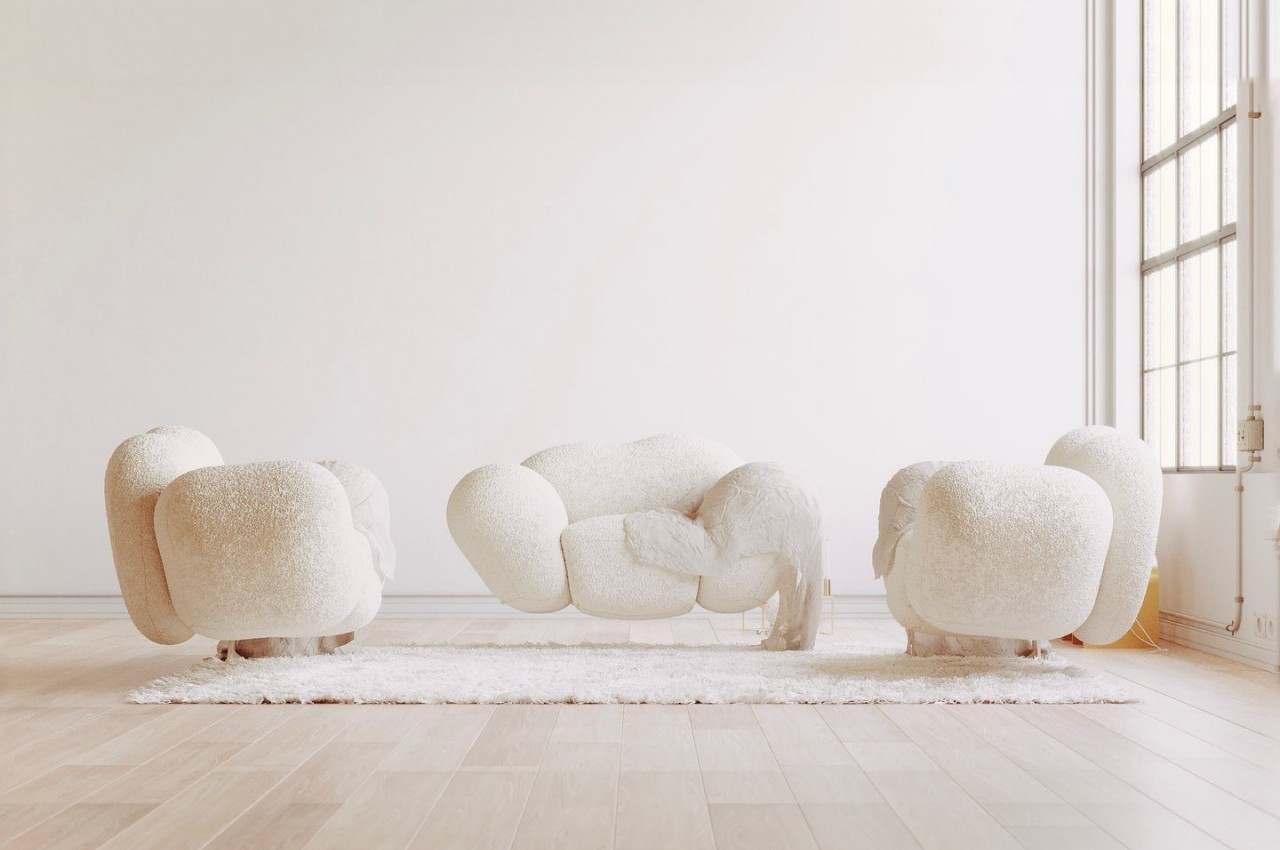 What makes the Suspended Sofa really striking, however, is how it looks like it actually floats above the ground. Of course, it’s all just an illusion because it has a leg that supports lifts the seat; it just happens to be draped with a white fabric that makes it look like it’s part of the cloud. That’s just on one side, though, which makes you wonder how it manages to stay stable, especially when you have people sitting on it. 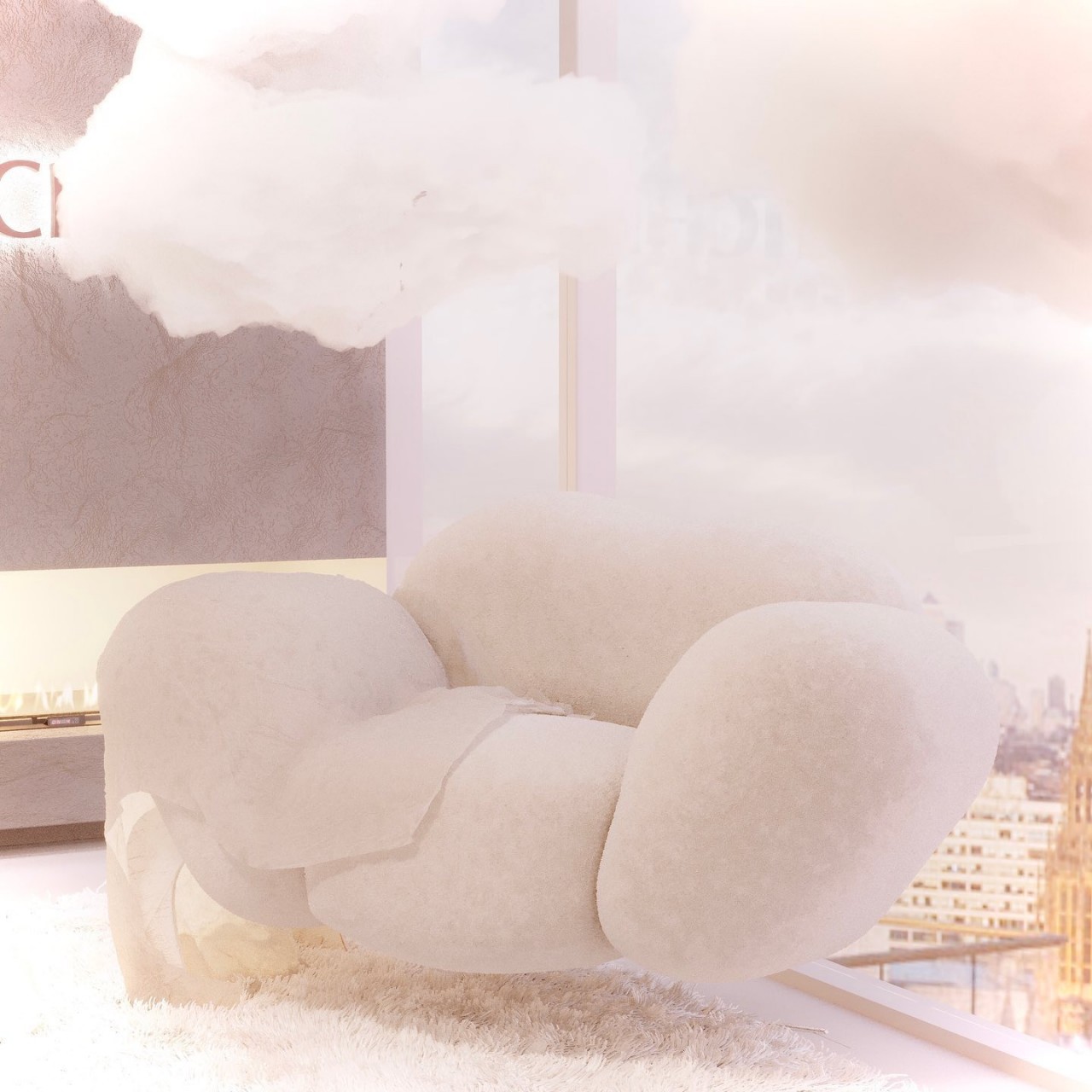 The Suspended Sofa makes a splendid accent in any space, especially in rooms with bright lights or themes that will make you feel like you’re lounging in the heavens. Its design is meant to evoke feelings of peace and calm, isolated from the stresses of life that weigh us down. Ironically, it might also induce emotions of fear and uncertainty of “falling through the clouds” with what looks like a precarious structure for a seat made to hold many people all at once. 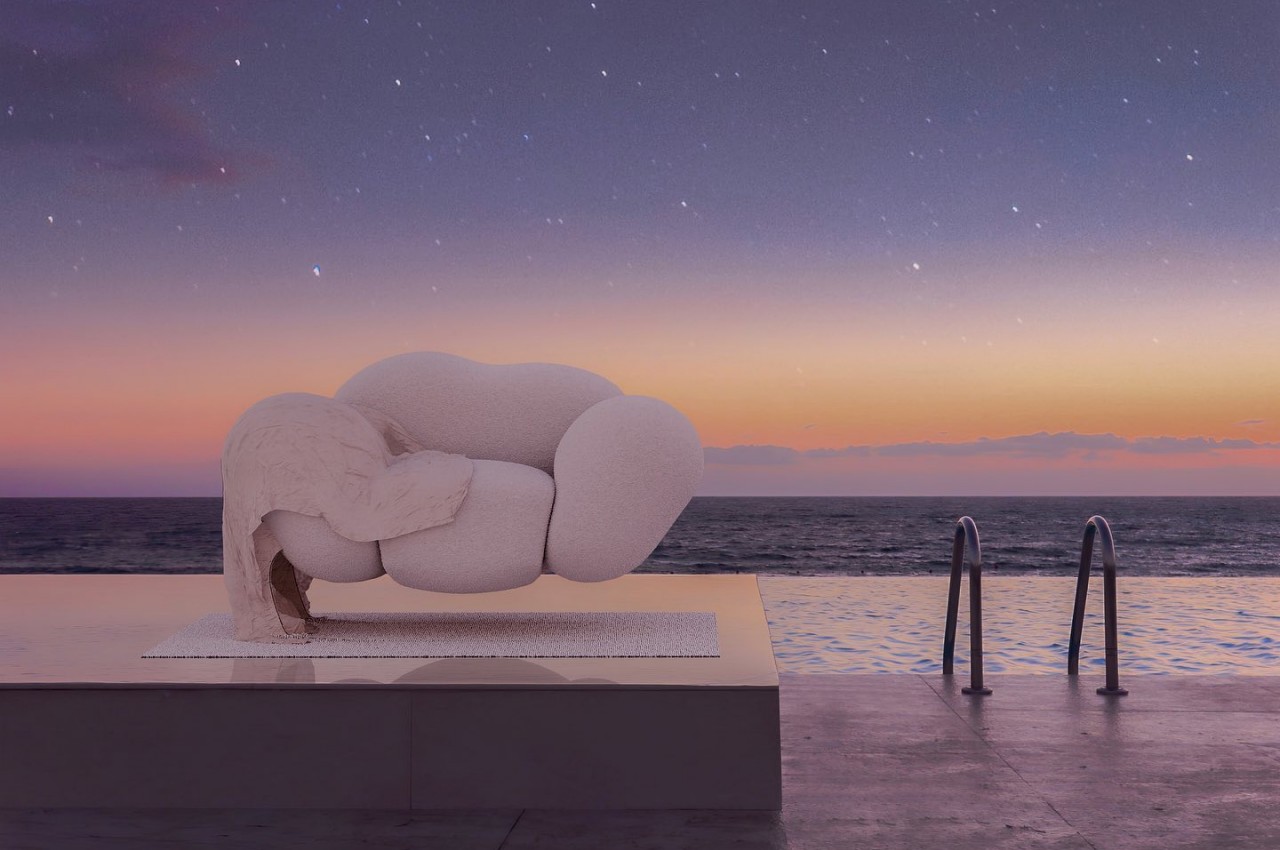 Today, almost everything or everyone has gone green, whether it involves wearing clothes created from bio textiles or using gadgets powered by solar energy –…

One of YD’s team members is soon to tie the knot, and I’m sure he must have picked the ring already. But just in case…

These sustainable single-use takeout containers made from wheat husk are fully compostable!

These days, we’re ordering takeout and a lot of it. Part convenience, part laziness, takeout gives some much-needed variety with the monotony of cooking every…