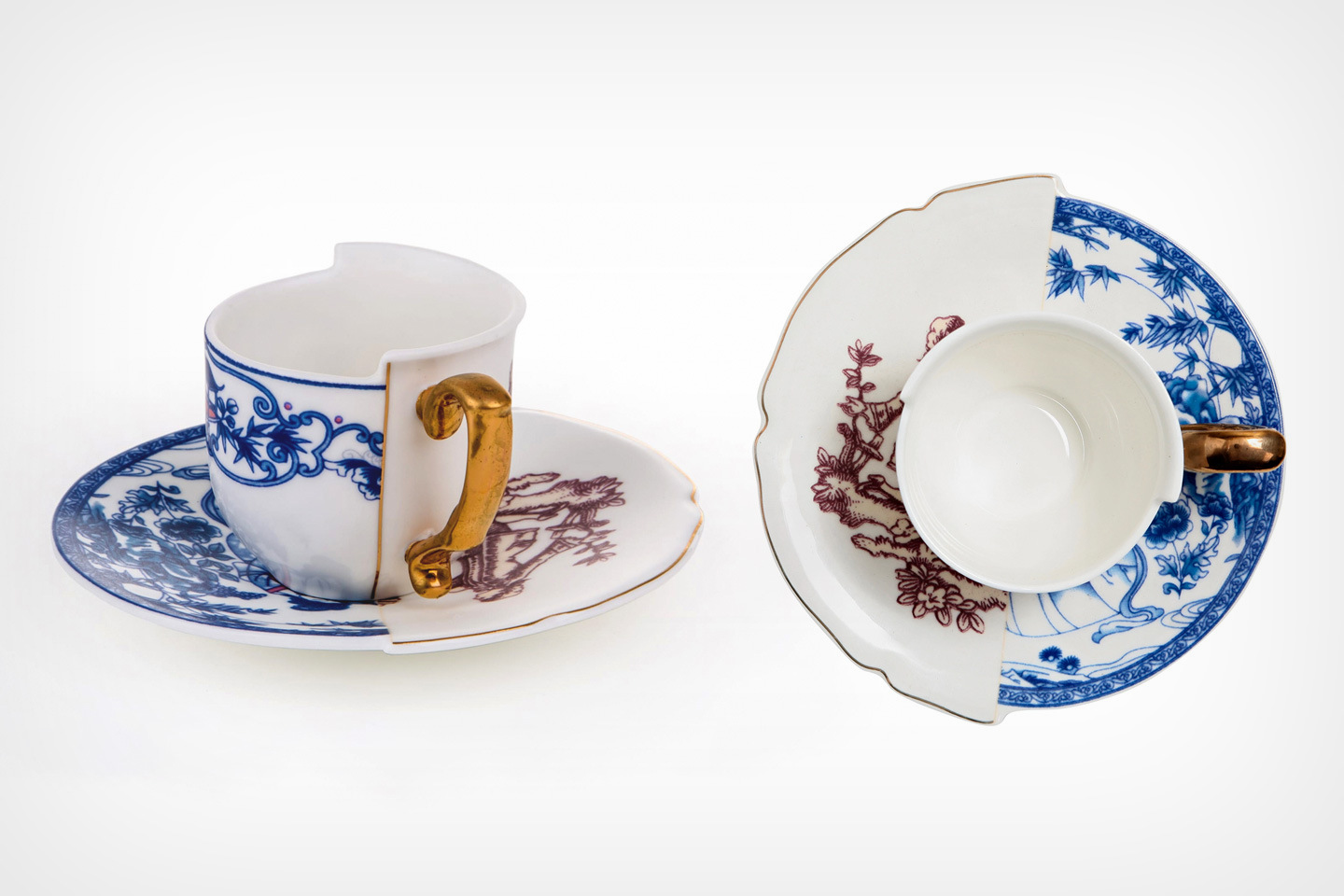 The Hybrid Coffee Cup Eufemia’s design isn’t a glitch – it’s a side-by-side comparison of what ceramics and porcelain drinkware looked like on either side of the globe.

The distinct split in the cup and saucer’s design is a pretty clear indication of the split running along eastern and western cultures. While the use of ceramic is constant throughout the entire cup, the artwork on either half, and even the design of the cup and saucer are distinctly different. This duality isn’t to create a rift in the two cultures, it’s to celebrate their union and their unique histories. 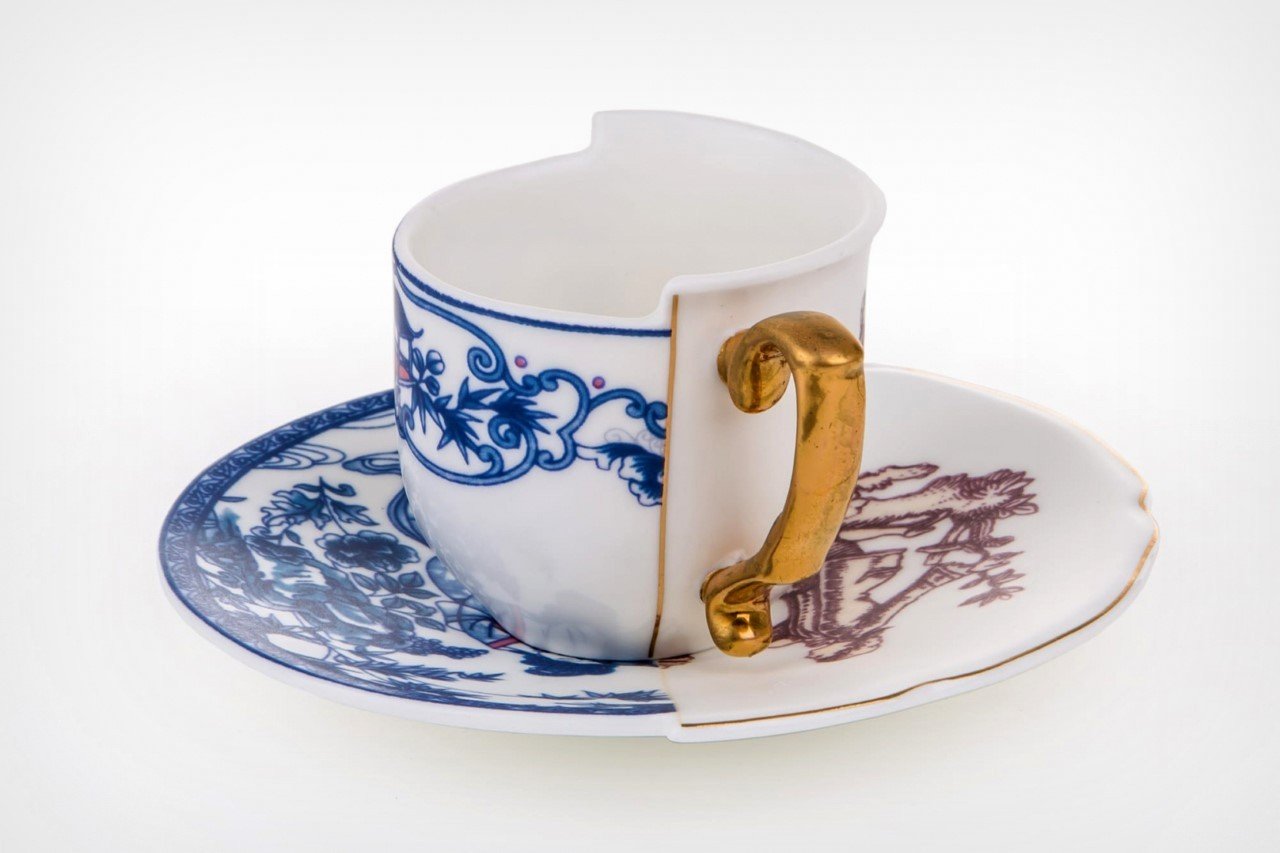 The Hybrid Coffee Cup Eufemia comes made from Bone China Porcelain, with a two-part design that honors eastern and western cultures respectively. The eastern side is decorated in blue, as is found with most traditional ancient Chinese and Japanese porcelainware. The cup is slightly shorter, to honor the tea-drinking traditions of the east, and the saucer is perfectly circular with artistic detailing all around and on the edge. 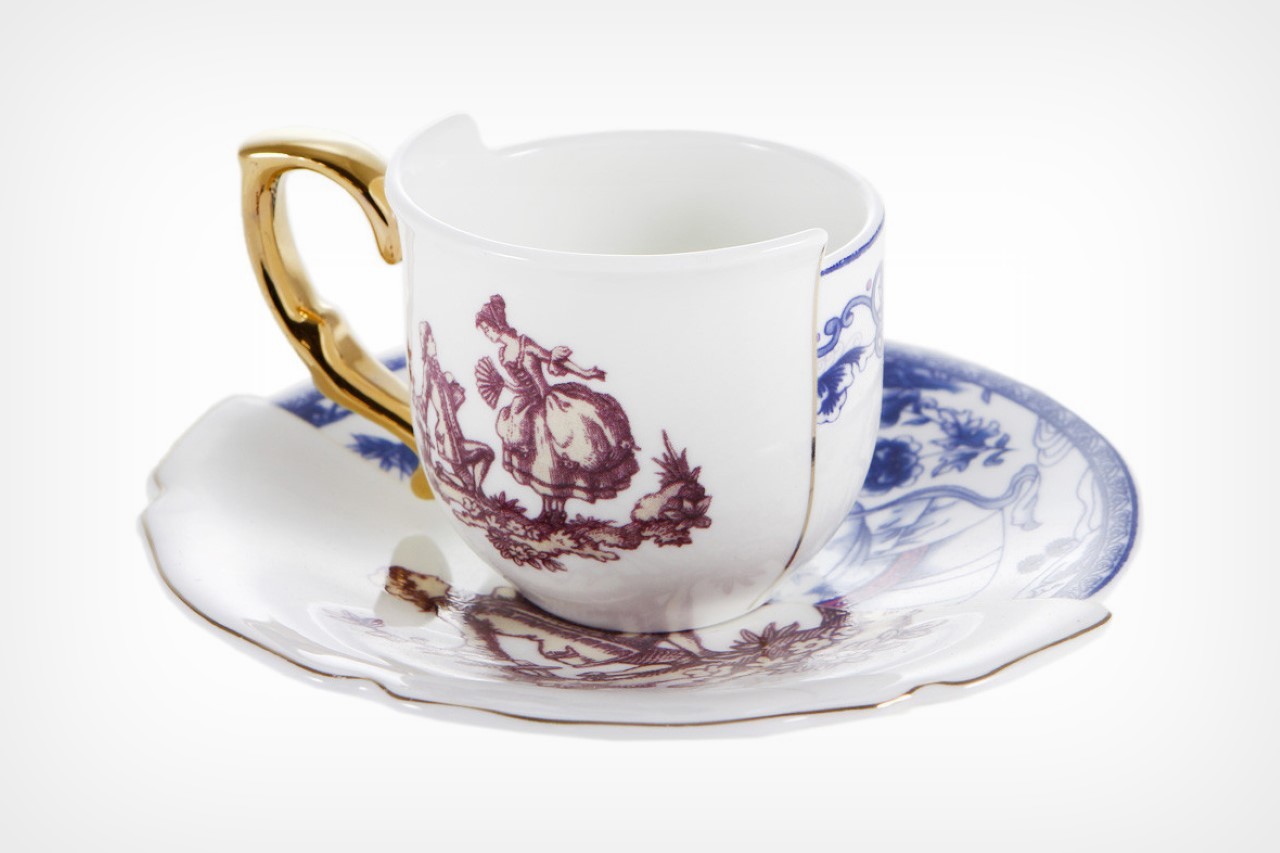 While the eastern half of the cup has oriental artwork depicting an outdoor scene with a woman in a kimono, the western side has a more Victorian depiction of a gentleman courting a woman in the outdoors. The cup sports golden accents and a refined Victorian-style cup handle, and has a lip that’s higher than the one on the eastern side, a feature in English teacups because they added milk to their tea. The saucer is different too, with a detailed edge that’s almost flower-esque. 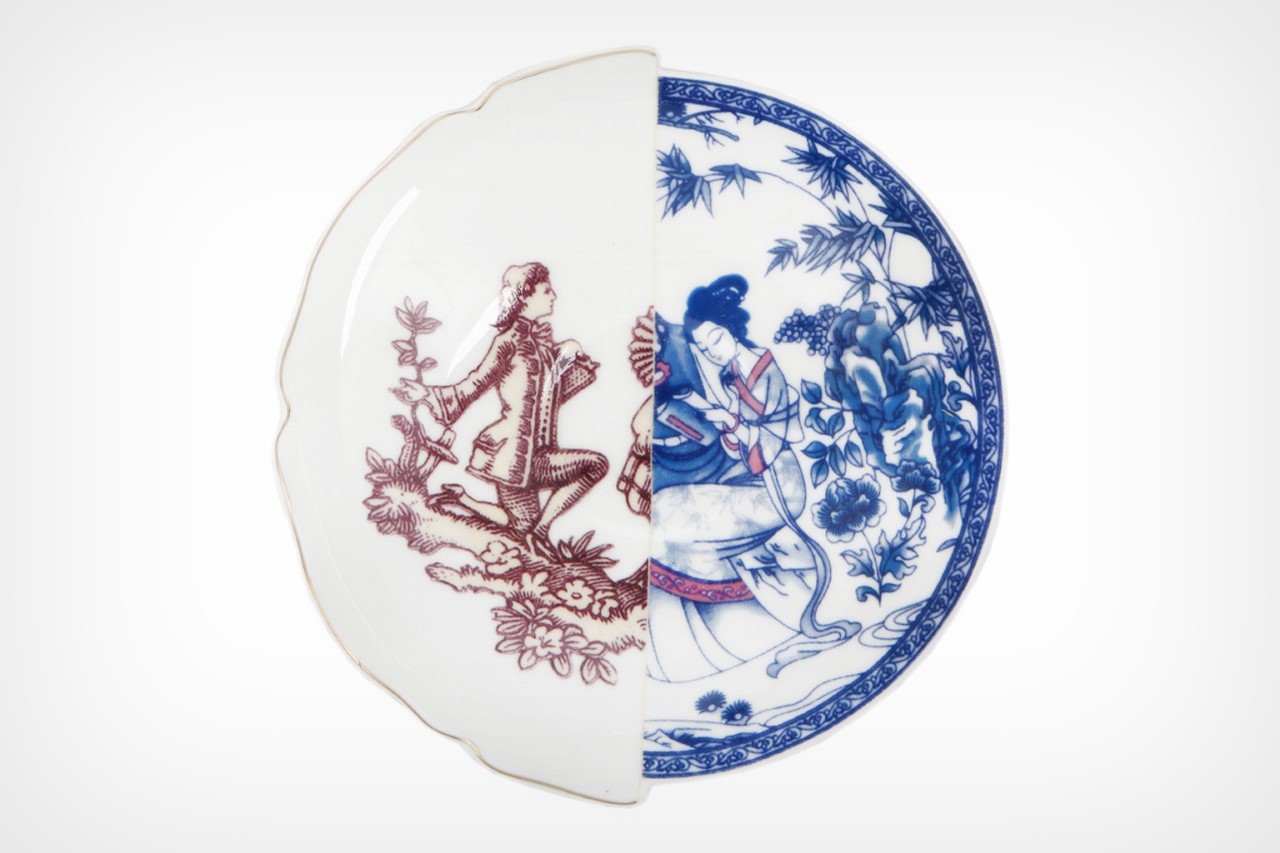 The Hybrid Coffee Cup Eufemia (it personally feels more suited for tea than coffee) is a rather wonderful fusion of cultures and styles from the years gone by. Designed to be less of a utilitarian beverage-holding vessel and more of a cultural tapestry, the cup comes with hand-painted artwork on it and is made out of precious Bone China porcelain rather than your average ceramic glazed cups. Each Hybrid Cup Euphemia is made in Tangshan, or the Bone China capital of the world. 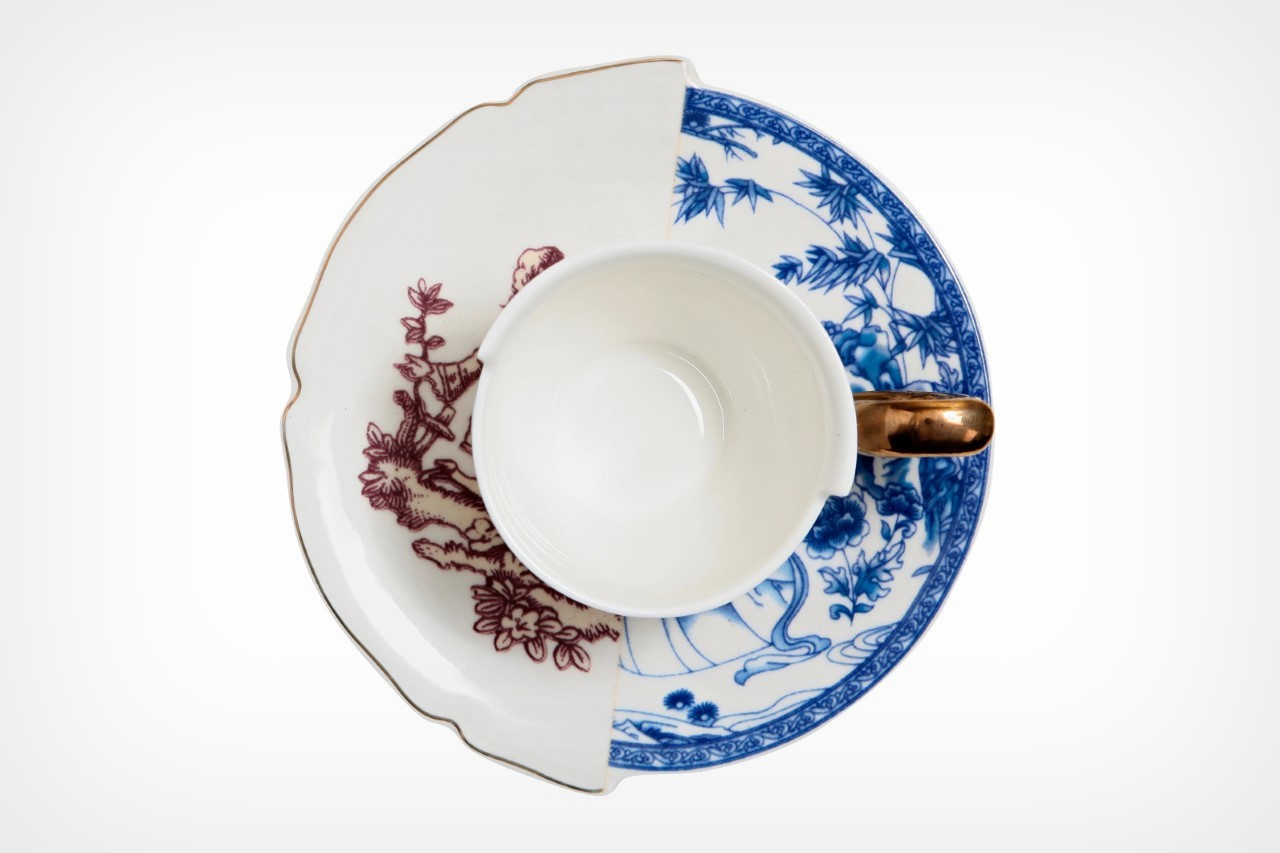 We’ve seen expert brewing machines for coffee, heck we’ve even seen soft-drink machines but this… this is a rare one. The Teforia infuser is the…

https://www.kickstarter.com/projects/1162709196/kolude-keyhub-all-in-one-keyboard In appreciating this eureka moment, I can’t help but ask… Why hasn’t anyone thought of this yet? It seems so easy and sensible that…

A Modern Twist on Turkish Coffee

Sedat Ozer’s Kaffa combines trend and tradition in a beautiful, minimalist take on the Turkish coffee pot. Modeled after the conical shape of the time-tested…