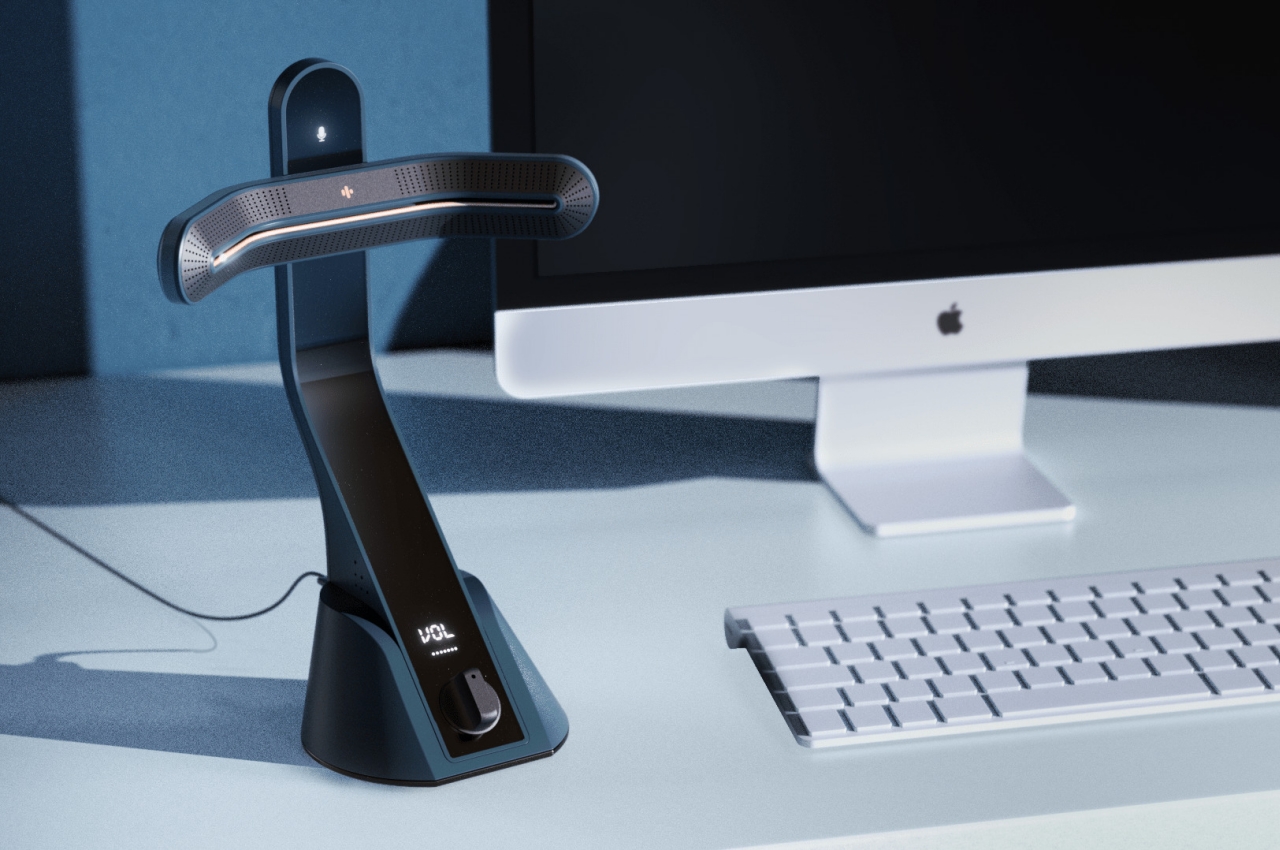 It’s amazing how simple designs can save you from hours of frustration and embarrassment, even virtually.

Work and School from Home arrangements have forced many people to get used to video meetings, virtual classrooms, and online presentations. As if those weren’t stressful enough already, the horrors of discovering that you have been speaking for the past 10 minutes to half an hour when you’re mic has been on mute all the time only adds to feelings of dread. Unfortunately, computers and software haven’t adjusted yet to these new demands on life, lacking clear indicators on the status of the mic. While there might be some sophisticated and complicated software that could try to guess whether you actually need to be muted or not, it actually takes a dead-simple idea to give that peace of mind at very little extra cost. 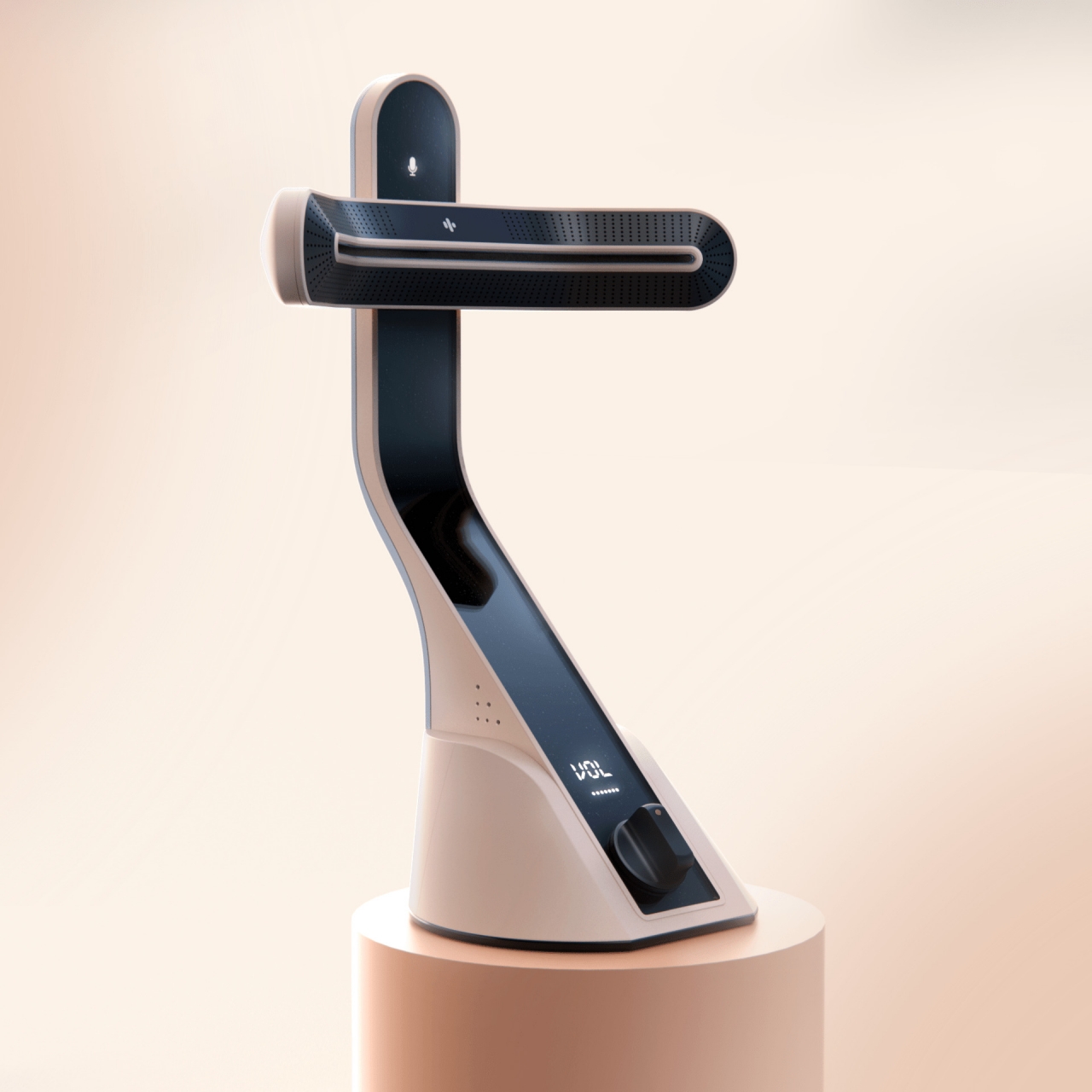 Many video conferencing apps have indicators on the screen to tell you whether you’re muted or not, but those aren’t always clear or visible all the time. That also doesn’t cover the case when your mic has been muted on the operating system level or if you’ve pressed a button earlier to do exactly that. One could only hope that your colleagues or students would inform you of that case, but even then, the embarrassment might have already put you on edge.

This Voice Bar Microphone, which is a standalone desk mic, makes it clear which state your microphone is in by showing it in a physical form. The towering peripheral has a swiveling bar in front that indicates whether it’s muted or not with its orientation. When it is horizontal and shows the mic icon, it is clear that it is listening to your voice and the sounds around you. Swing it vertically, and all bets are off. 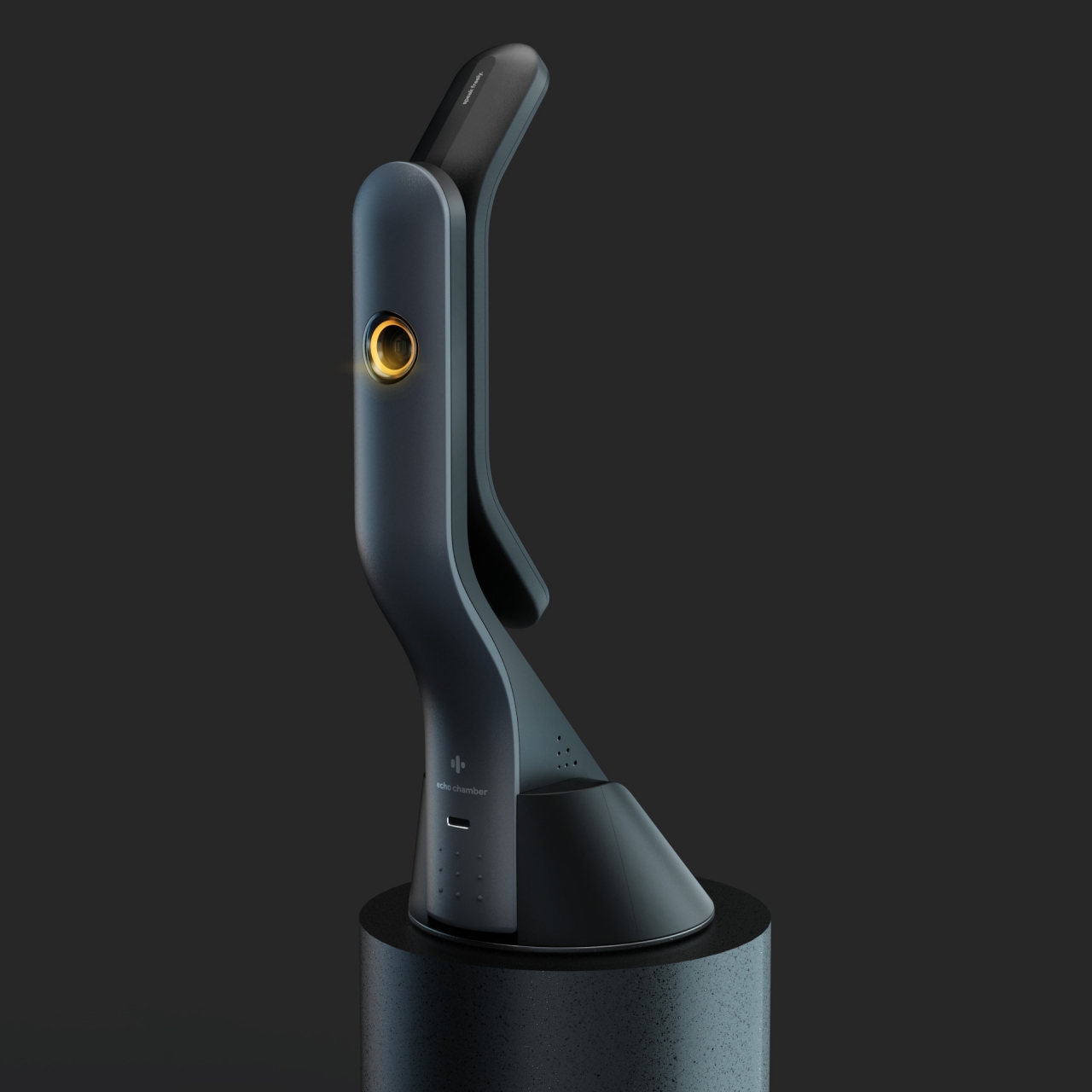 The mic requires you to actually turn the bar to mute or unmute the mic. In fact, the peripheral has a very analog bent to it. The volume control is an old-school knob you have to turn, which could have been implemented as a simple touch-sensitive panel you can swipe. It does give a more classical vibe to the device. In its muted vertical position, the voice bar even looks like an old telephone handset with its angled edges.

The Voice Bar Microphone is admittedly a giant even among desktop microphones. The design isn’t exactly geared towards taking advantage of acoustics the way professional mics are. Its stature and its slick design almost suggest it is meant to be more flashy and conspicuous, like a tabletop decoration. Fortunately, it does look the part. 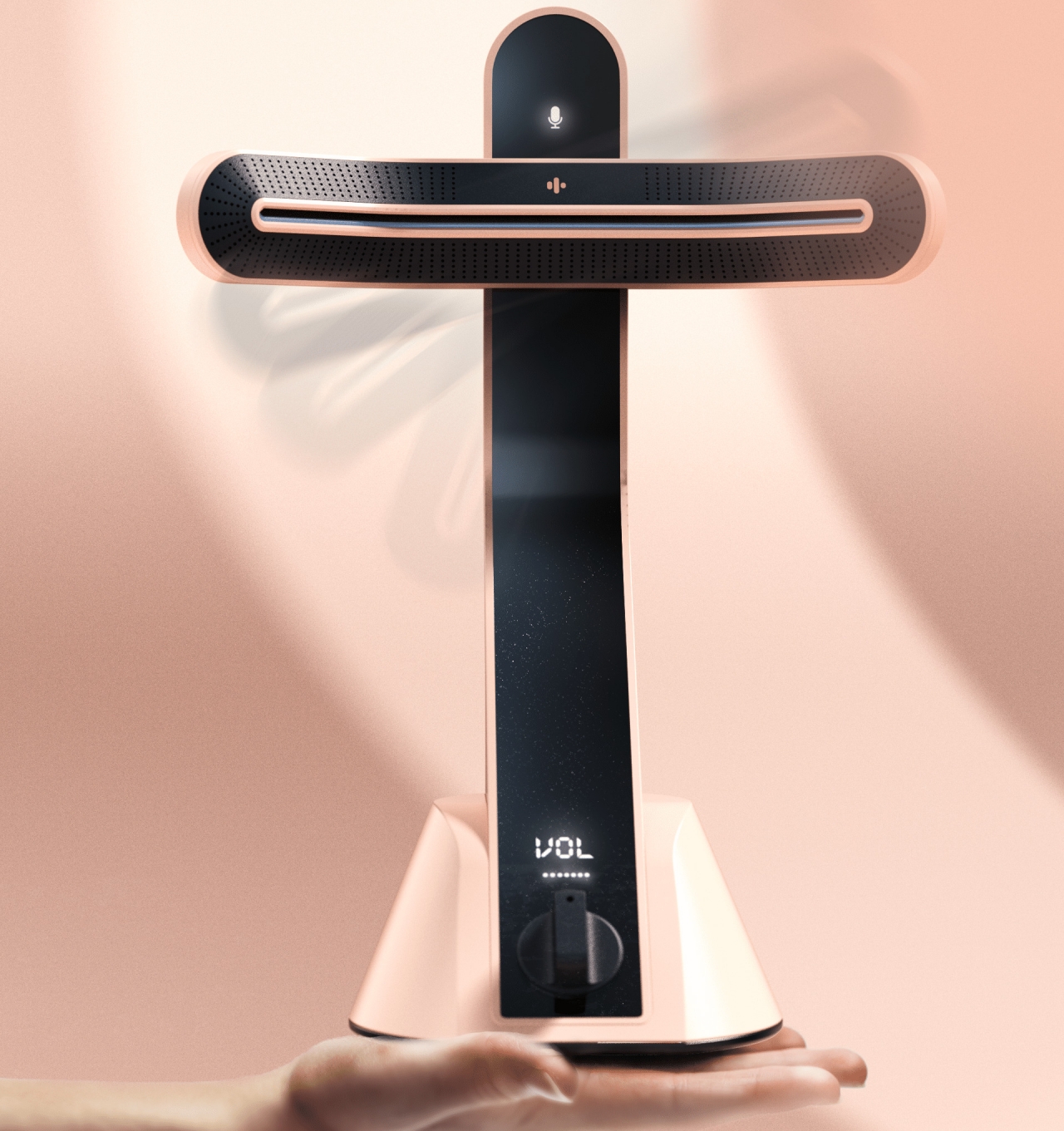 Sadly, not many computer workers will probably be in the market for a separate desktop mic, especially since most laptops have one already. Those that do need more professional equipment will probably aim for the likes of Yeti, Shure, and other brands. The two-day project, however, does prove that you don’t need sophisticated solutions to modern-day problems. Sometimes, you just need to be painfully obvious. 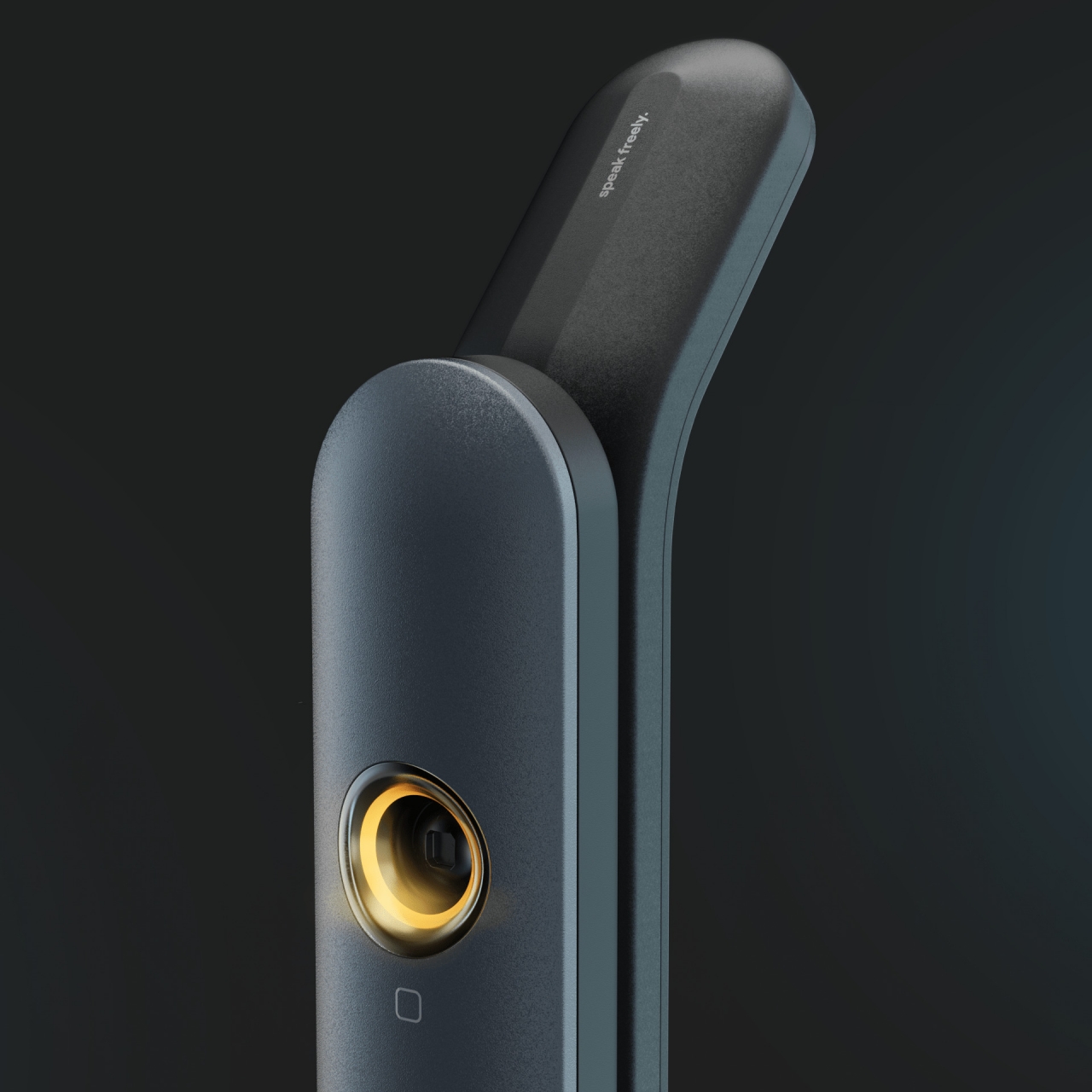 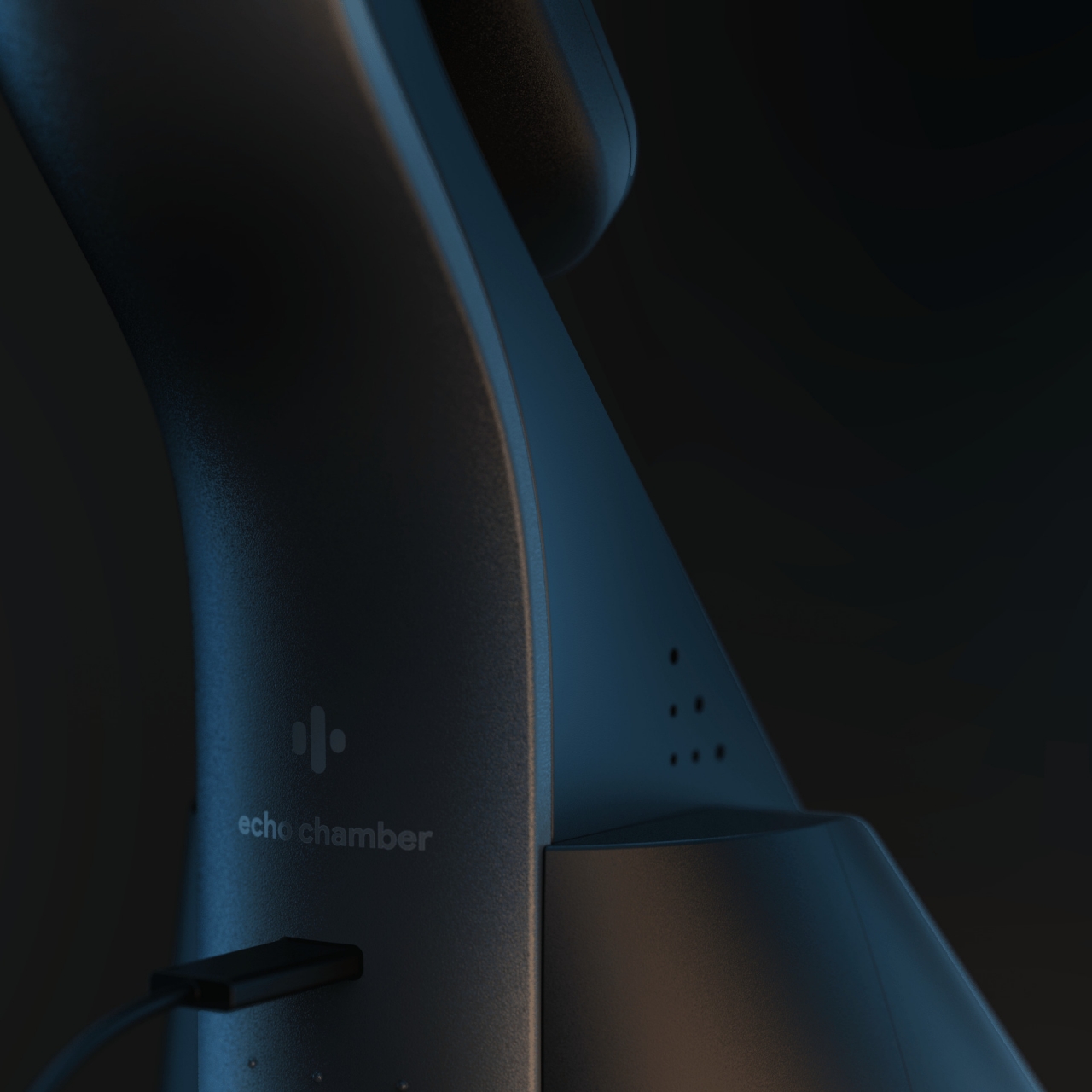 A Bridge Between Real and Digital Life

Mobispot’s  NFC wristbands, key fobs and cards feature a playful, “holy” design that alludes to the intangibility of digital information and provides instant synonymity with…

Apple’s 24-inch M1 Mac is a sleek little desktop computer making an impressive statement with its bright and bold color palette. At 11mm, it’s about as thick…

Google is this close to finally launching its own smartwatch, but is it going to be the Pixel Watch of fans’ dreams or a product…