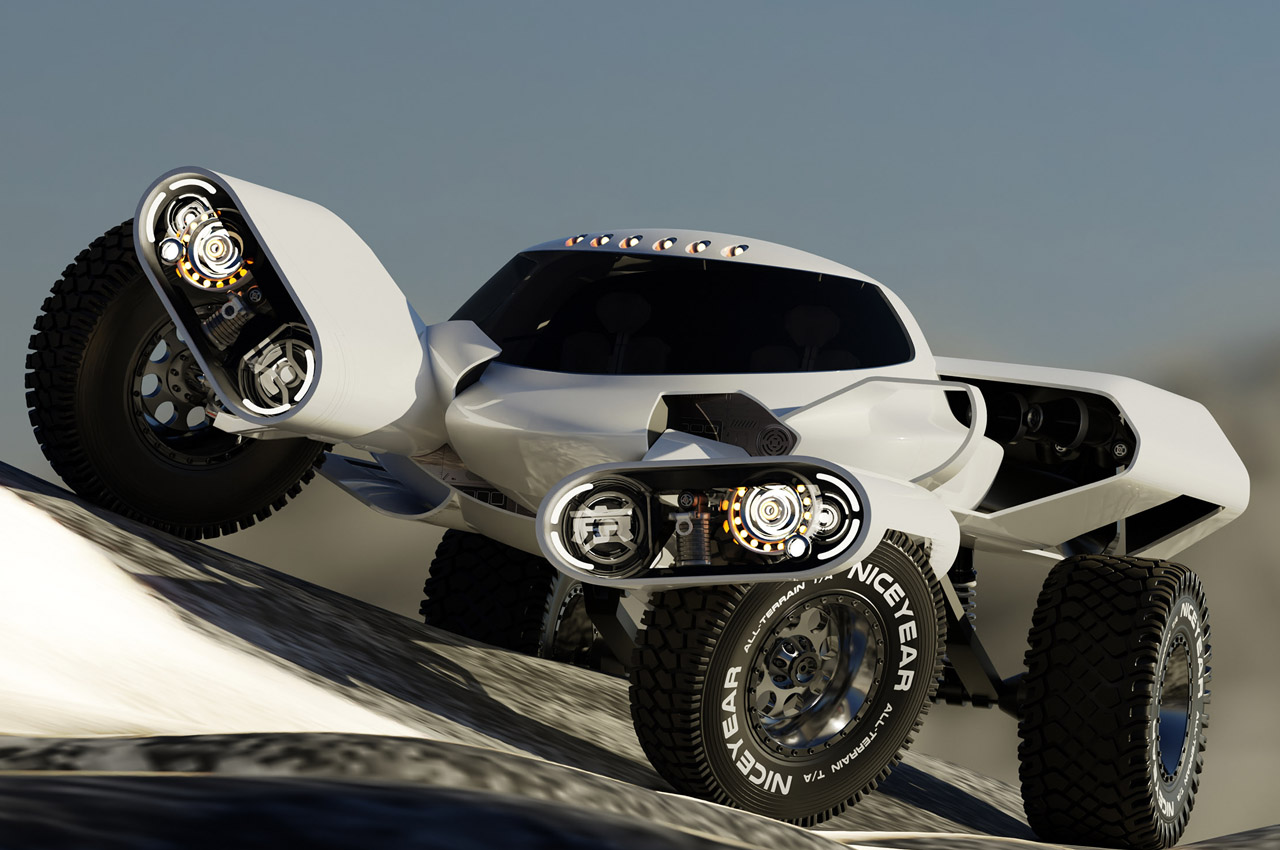 While we anticipate the likes of Tesla Cybertruck, Hummer EV SUV, Ford Bronco EV and Jeep Wrangler EV to attract the big boys club– a monstrous electric off-roader concept has captured my imagination.

An off-roading concept with a dominating personality backed by the equally potent chassis to tread any terrain with ease. It looks like a hybrid of a buggy and a big off-roading SUV made for the toughest terrains possible. The designer calls it The Huntress, and in true sense, it is actually one. With the nimbleness of a big cat (by the looks of it atleast) the electric off-roader can conquer any steep climbs or even scary rocky climbs. The independent suspension system for each wheel, superior ride height, and angle of decline make this possible. 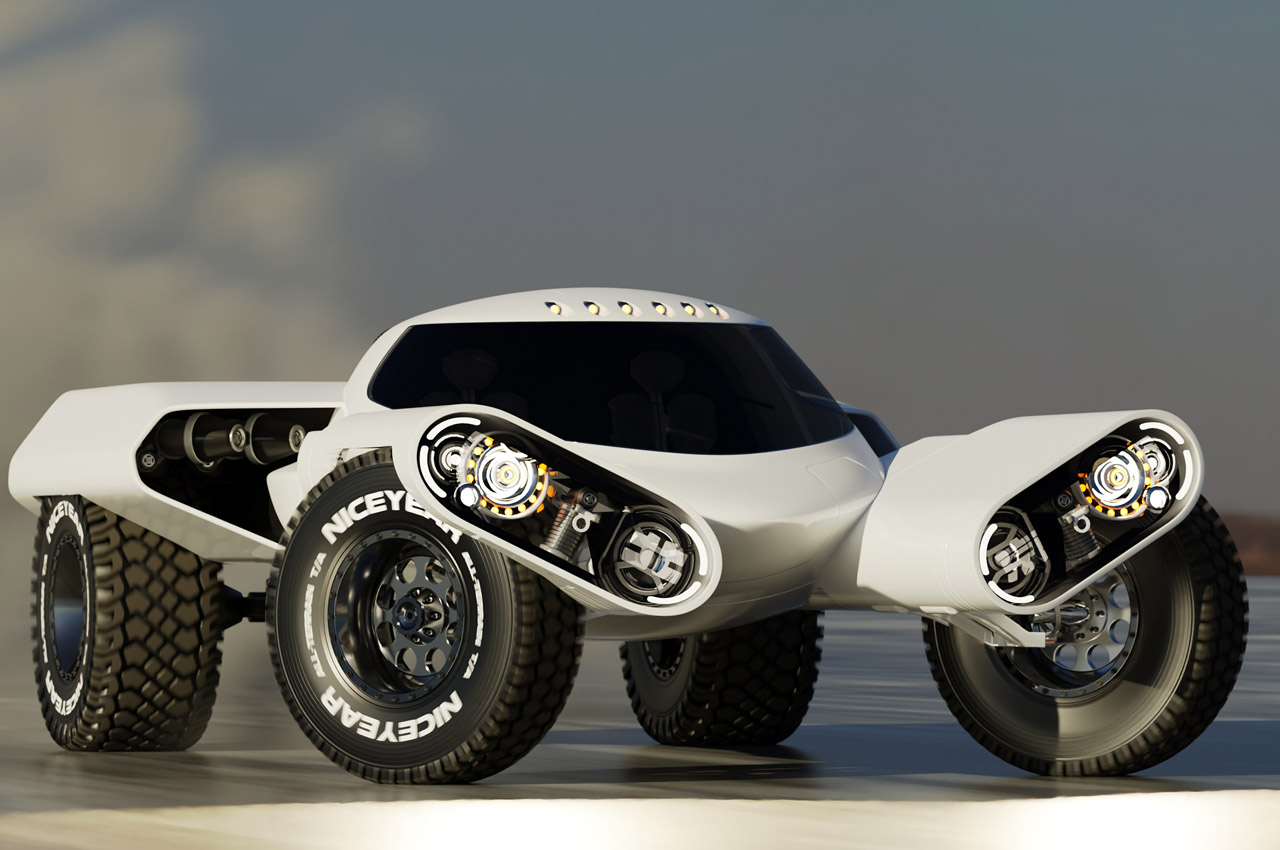 The wide-body stance of this all-terrain vehicle gives the driver assurance of pushing the limits. Assuming the vehicle has an advanced differential system and traction control, it should be able to take on the scariest of off-roading terrain with sublime confidence. This two-seater monster has bigger than normal proportions even by a pick-up’s standards. In fact, it seems bigger than a Humvee which is one of Huntress’ USP. There’s plenty of space in the vehicle bed to haul cargo for a long adventure trip to the rockies or wherever you want to head. The electric motor is positioned on the rear for better air intake, thereby delivering peak power without running things hot. 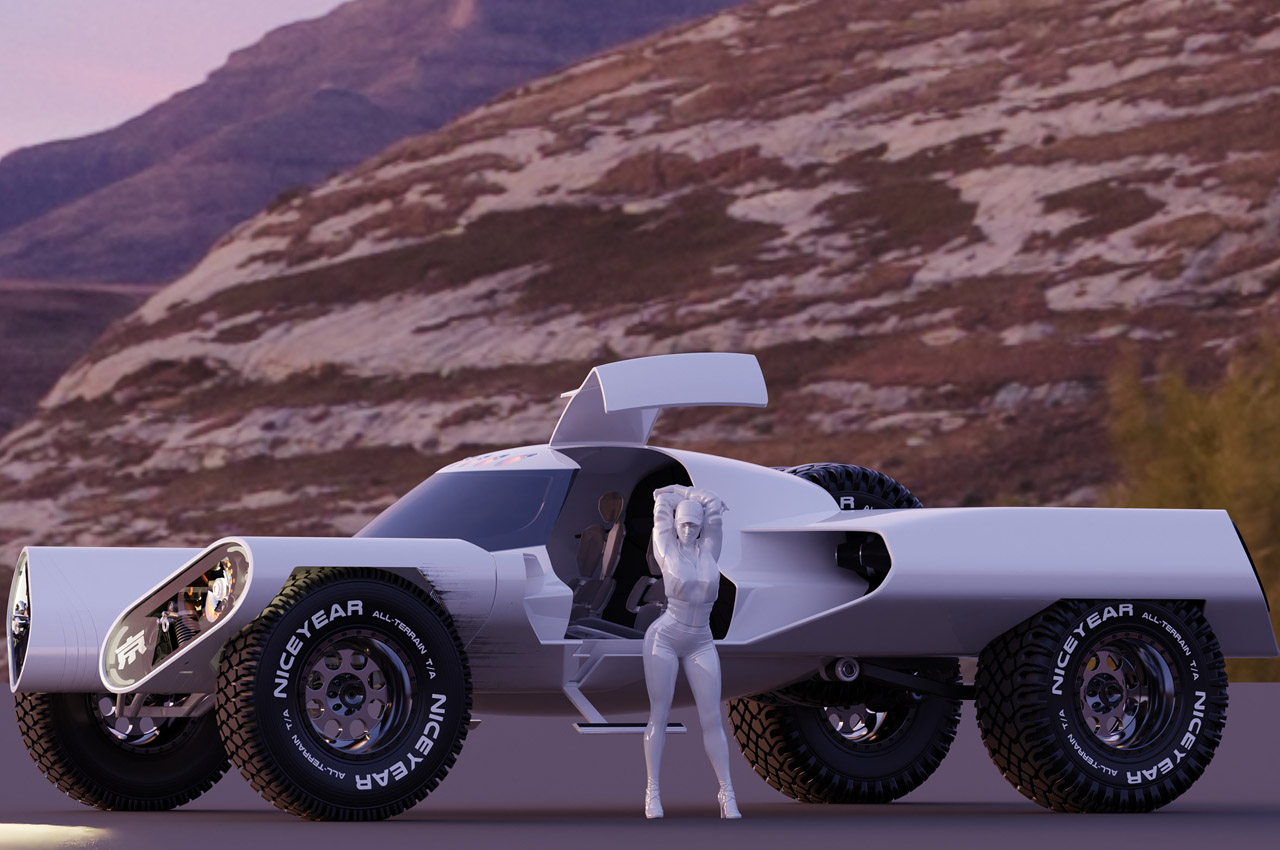 To the front is where all the flashy looks are taken to the other extreme with an array of headlights that superimpose over each other. When needed the one on top can be rotated horizontally to reveal the underlying set of headlights for times when it is difficult to see the road up ahead. Of course, there are the modernized fog lights above the windshield, but hey, extra lights are always a perk. While the riders won’t have to stress their eyes while driving in inhospitable weather conditions, those big headlights could create a blindspot. 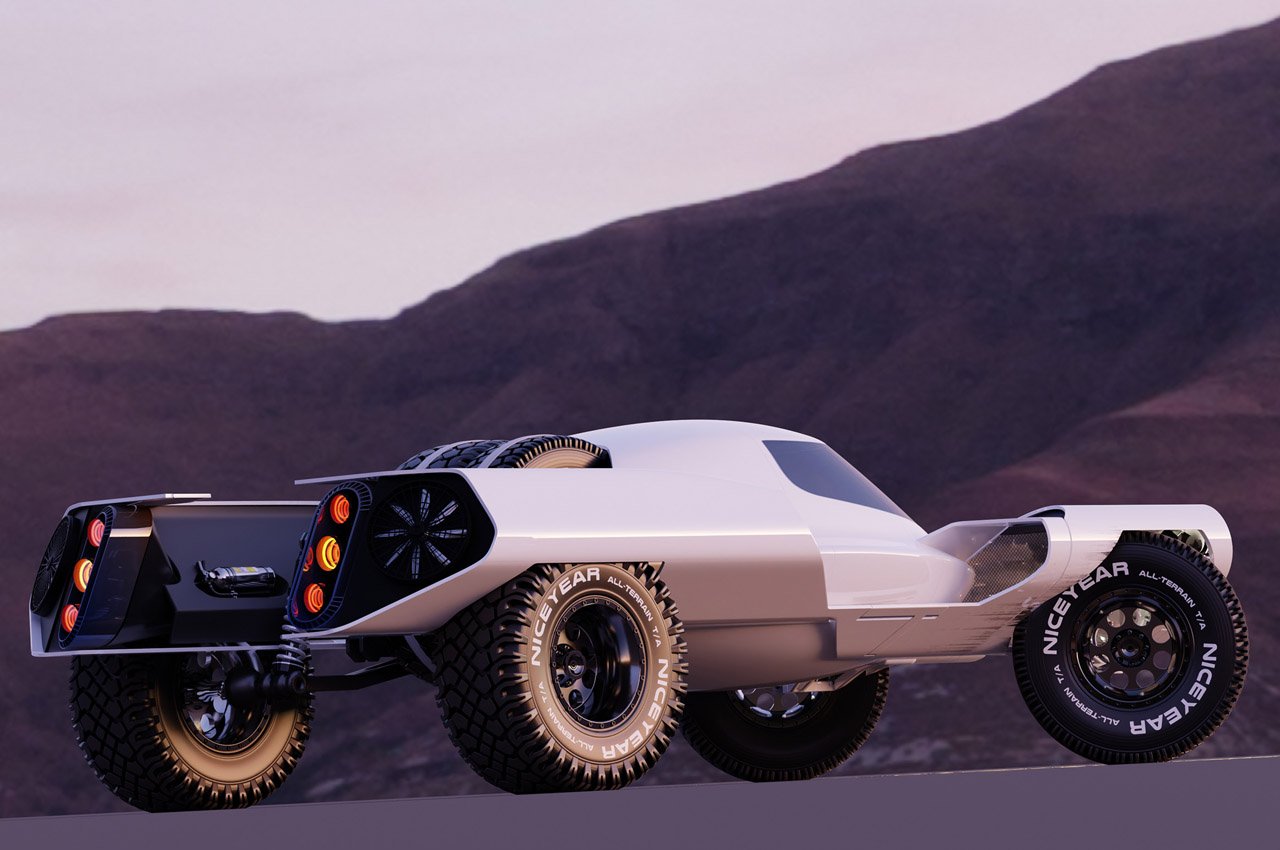 In one of the renders created by the designer, as the vehicle takes on a bumpy rocky landscape, the independent suspension comes into play, and gives The Huntress a funny squinted look – thanks to those peeking wide-eyed headlights. The all-white hue of the off-roader contrasted with the all-black windshield and the fat tires also lend it a bit of alien personality. 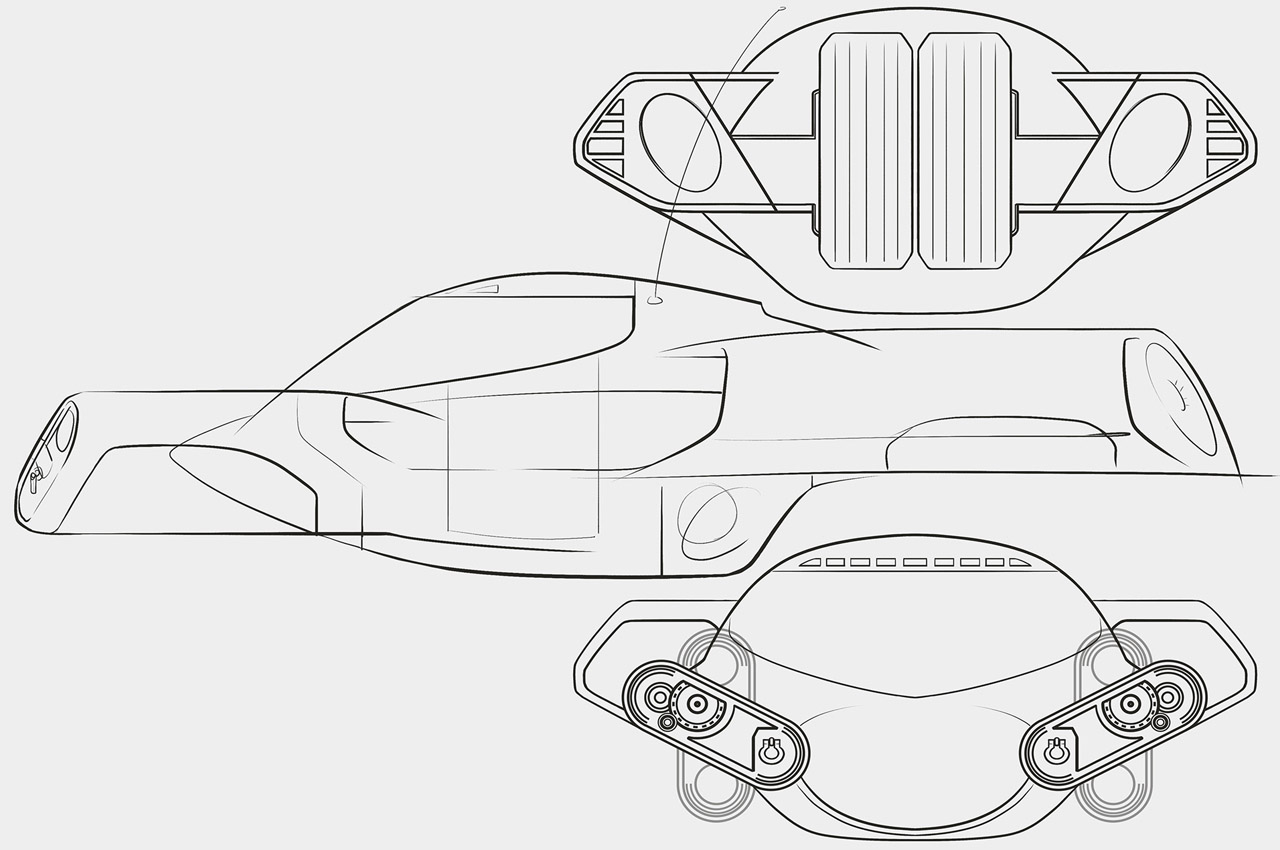 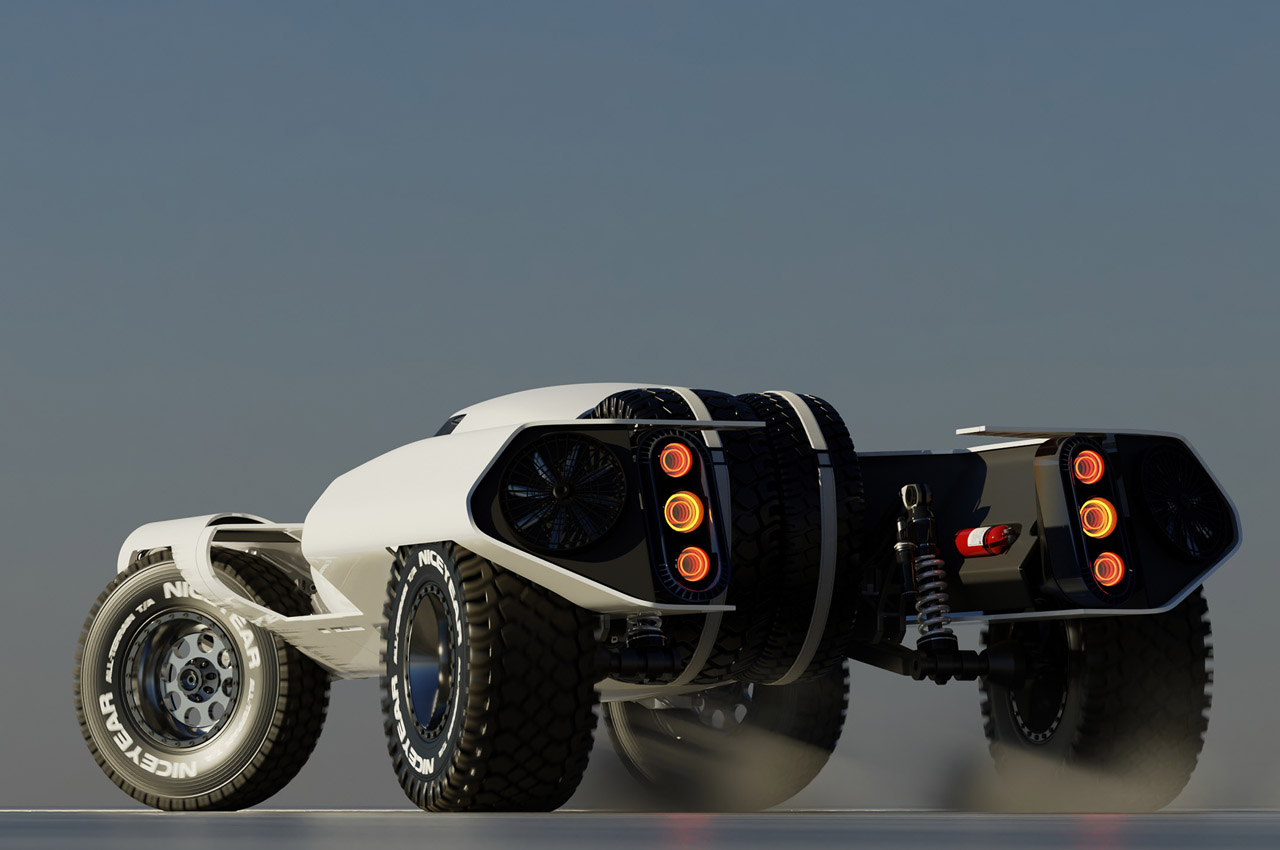 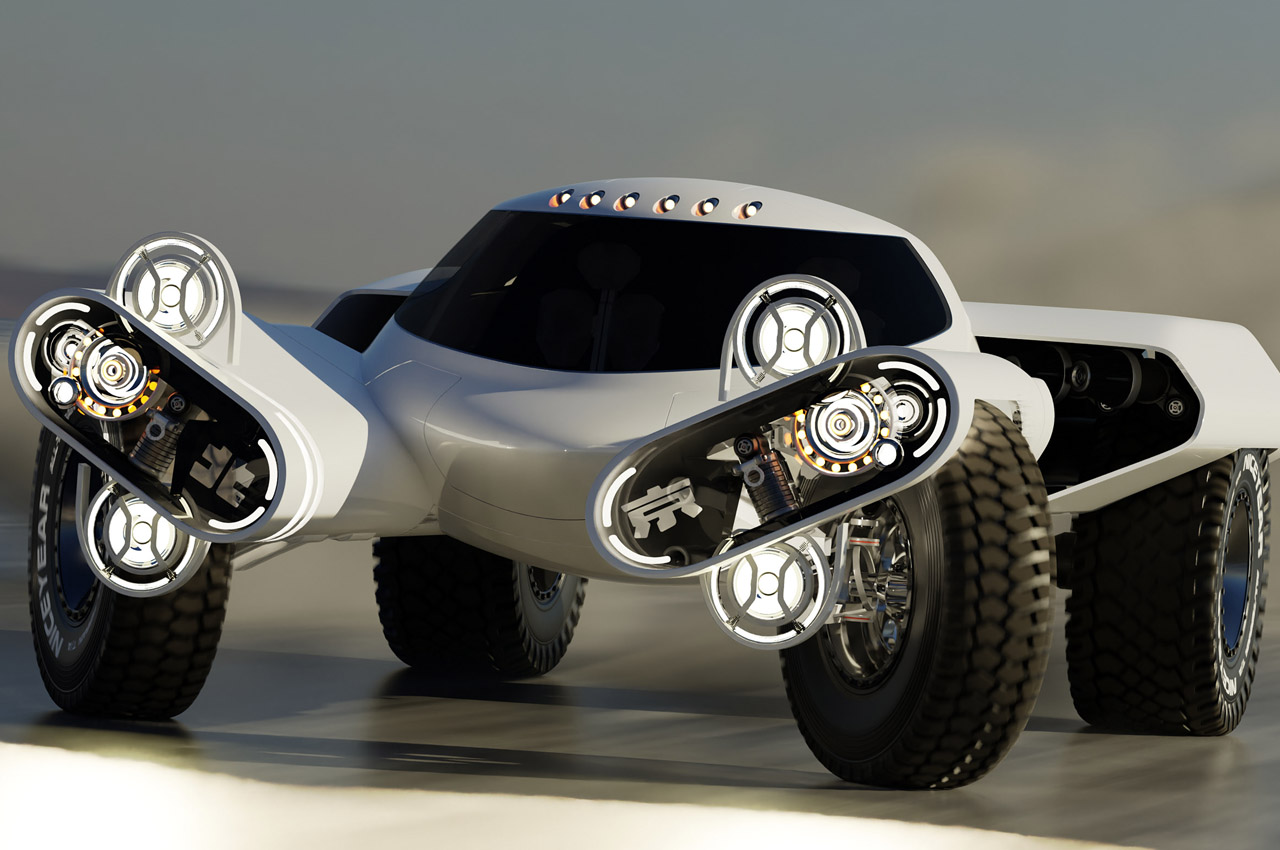 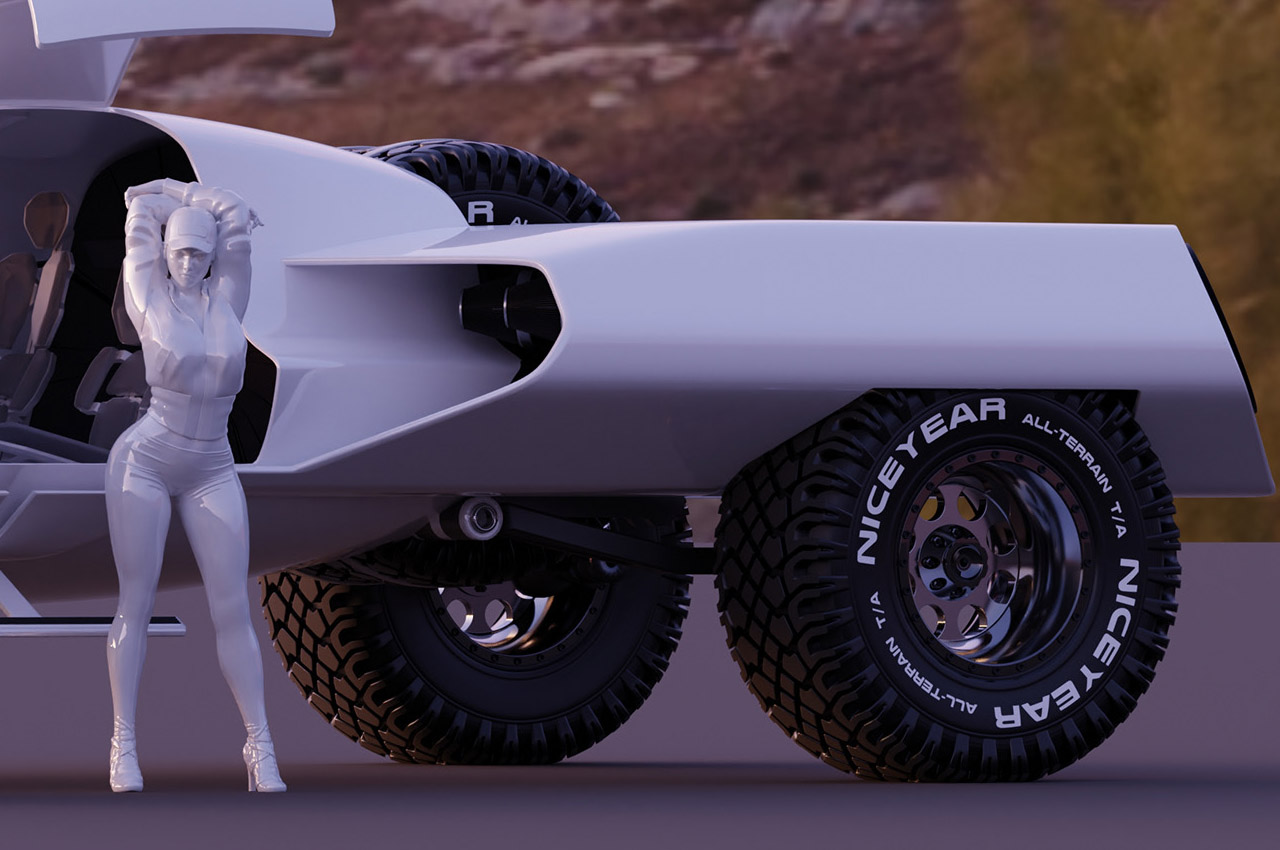 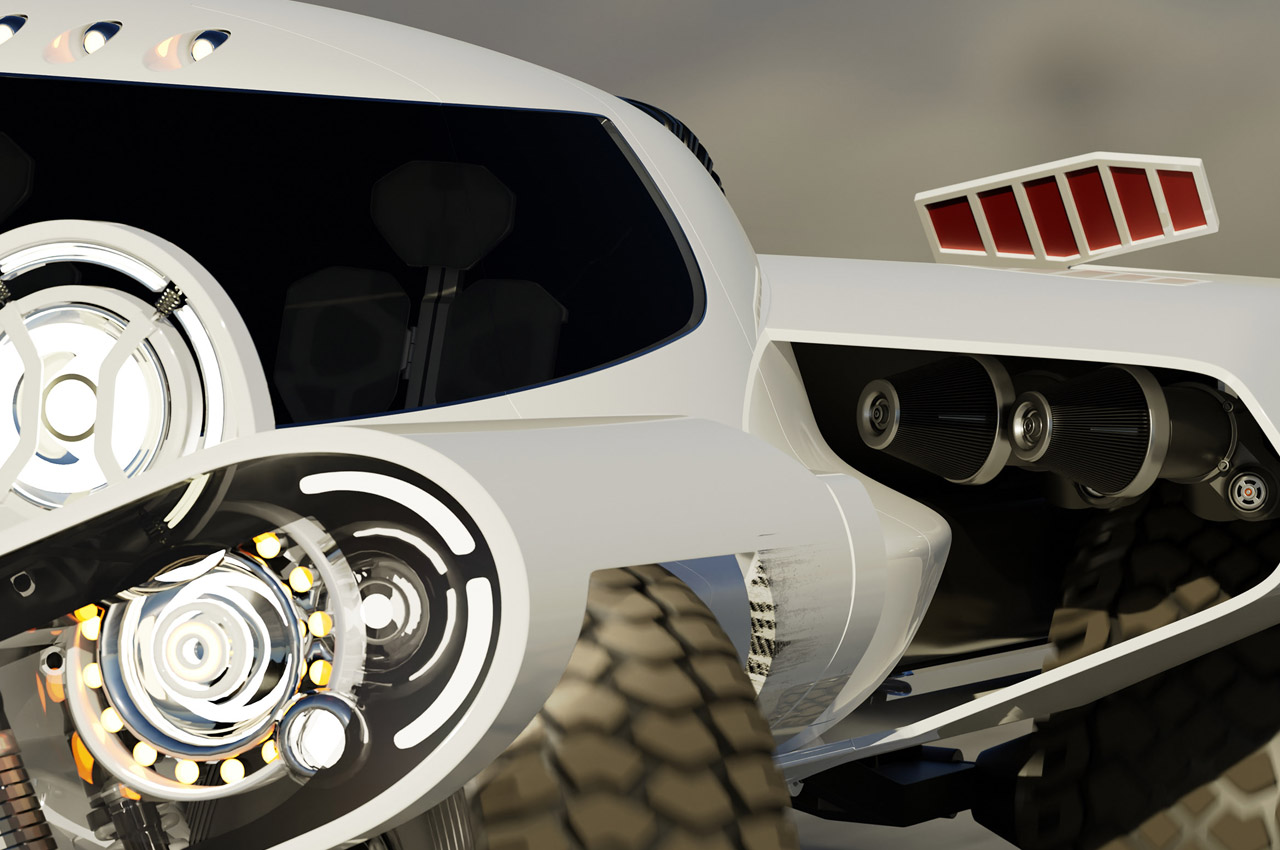 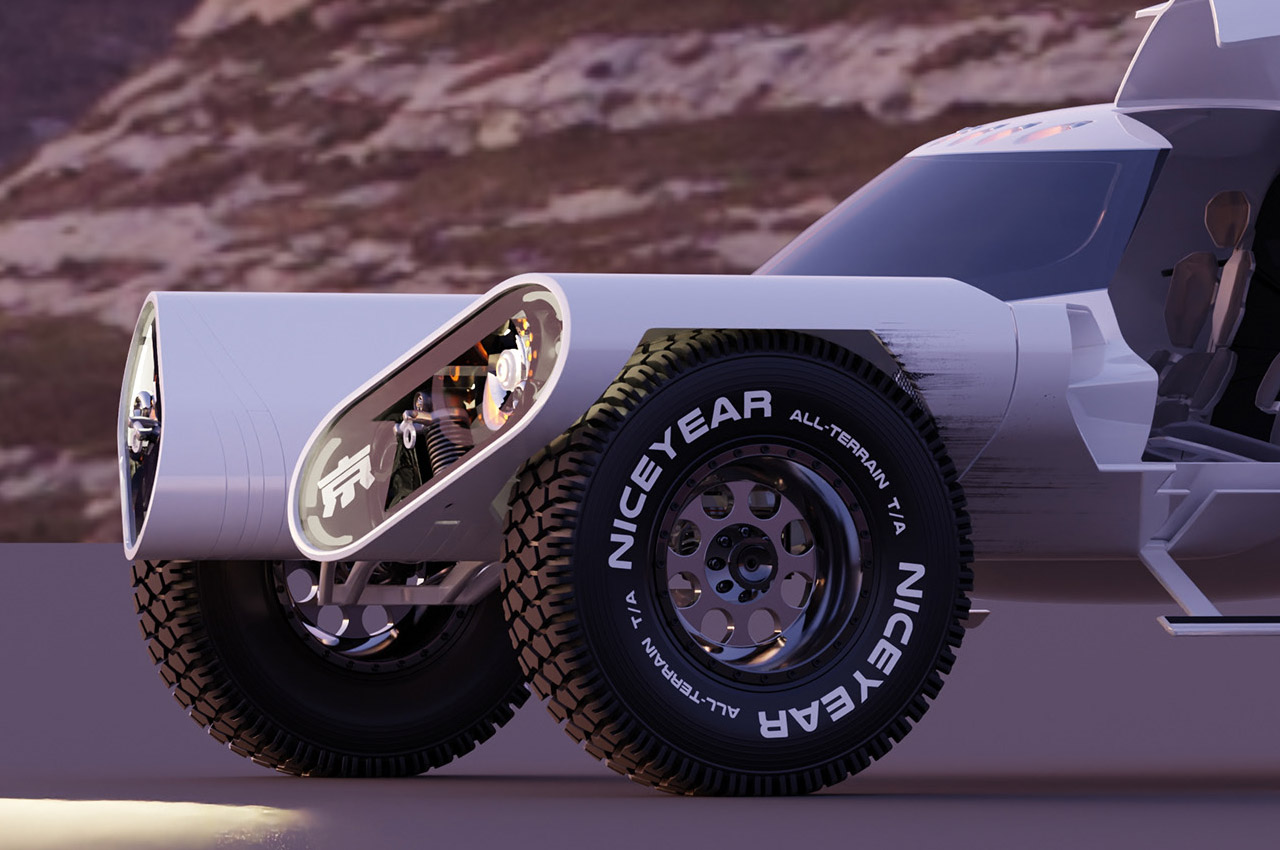 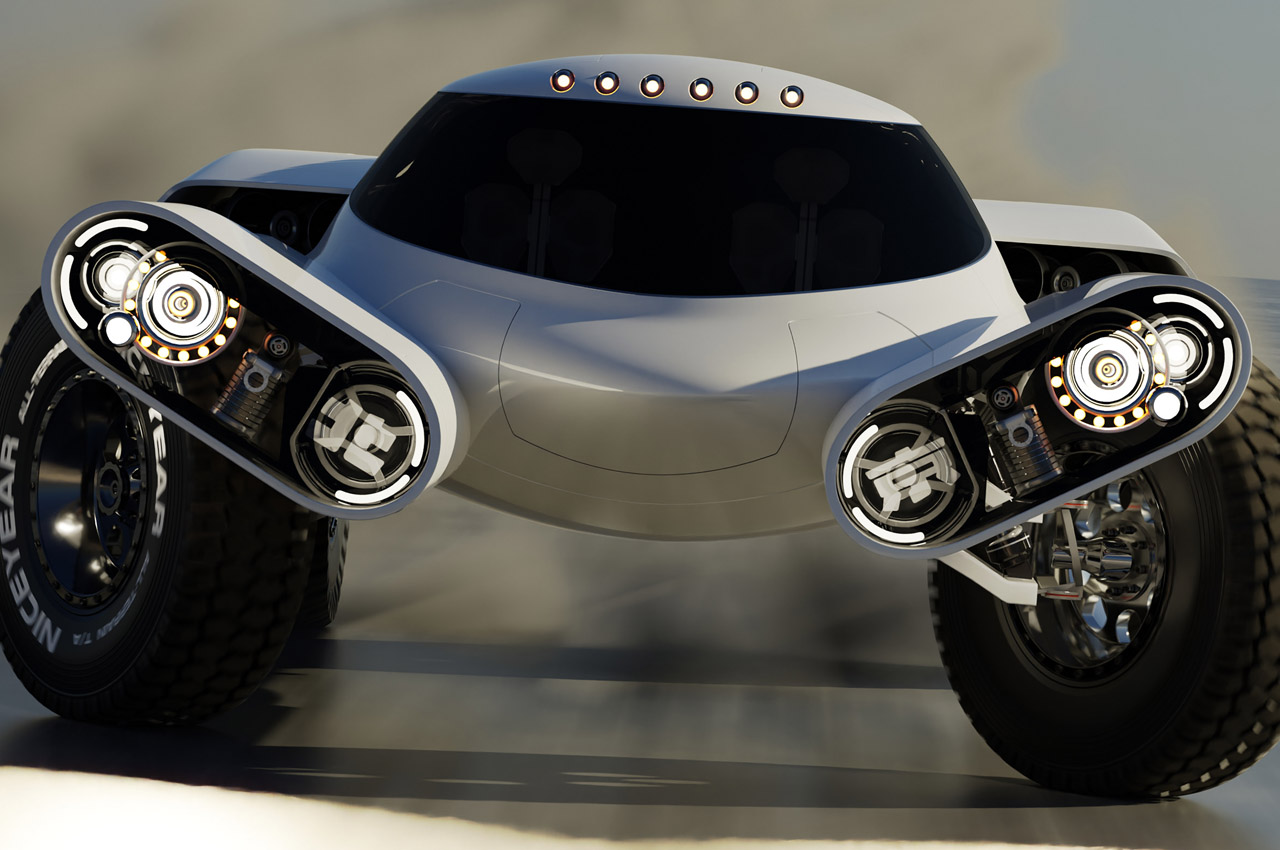 I won’t bore you lengthy explanations on this Plug Extension Cord Project, because it really doesn’t require one. It’s been designed to basically explore the…

Think of the Arc Pulse as a helmet and elbow + shin guards for your phone. Nobody wears a suit of armor as they’re skateboarding….

The Skinny on Furniture