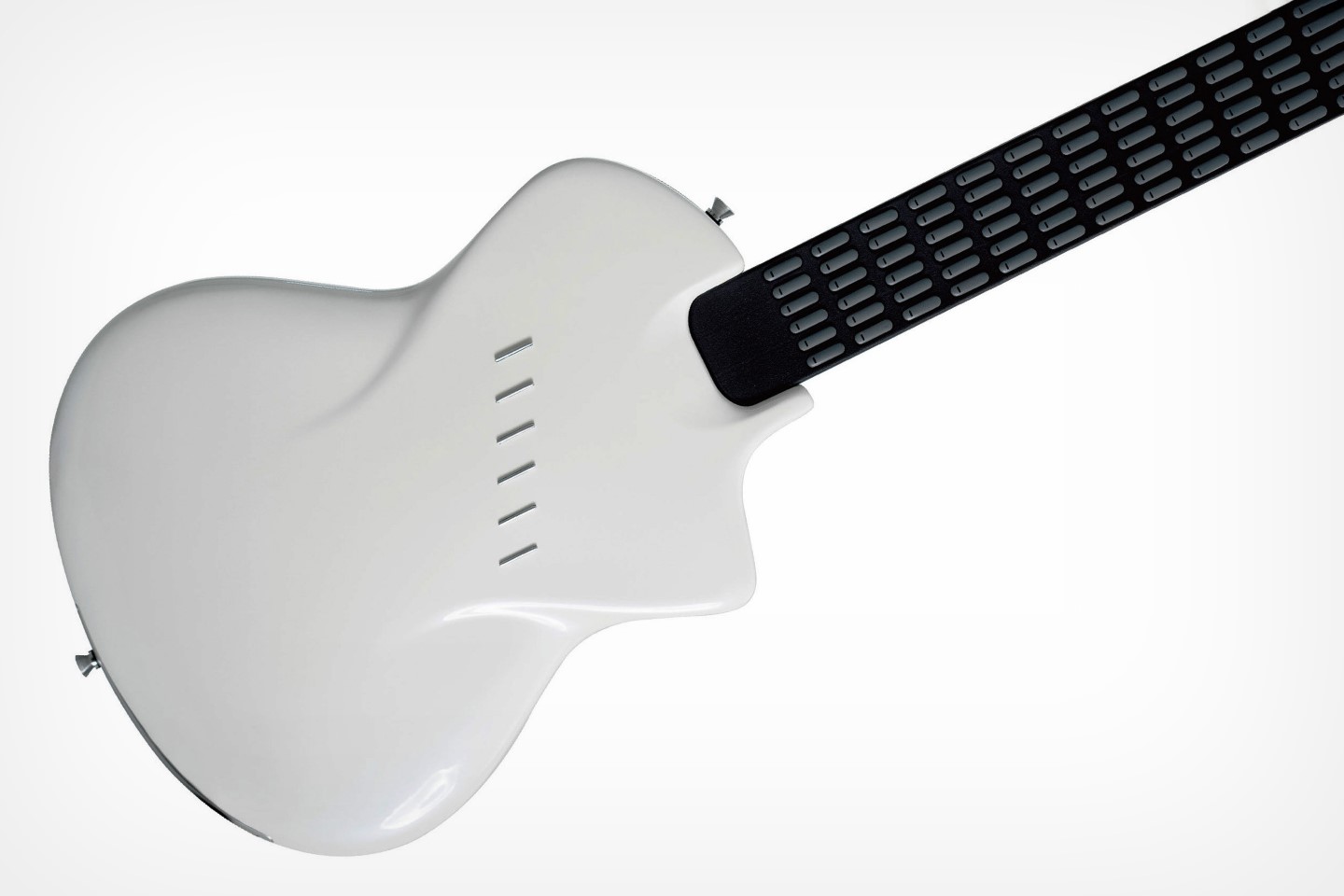 Designed to make learning the guitar as easy as pressing buttons, the LUMIN is a MIDI-operated electric guitar that uses a set of illuminated buttons to teach you hand-eye coordination.

MIDI, which stands for Musical Instrument Digital Interface, is a widely accepted standard behind most synthesizers and electronic music equipment. Its basic principle is to convert physical actions into digital signals, which then get interpreted as musical notes. The LUMIN uses the same technology and implements it on a guitar, with multiple buttons running across the fretboard, and six string-like sensors on the guitar’s body. Hit the button on the fretboard and pluck against the string sensor and the guitar registers the corresponding note, playing it through a device like a laptop, tablet, or smartphone. Unlike an electric guitar, which takes electrical signals and passes them through filters, LUMIN is an electronic instrument that creates lines of code that can then be recorded, edited, and manipulated in tonnes of ways. 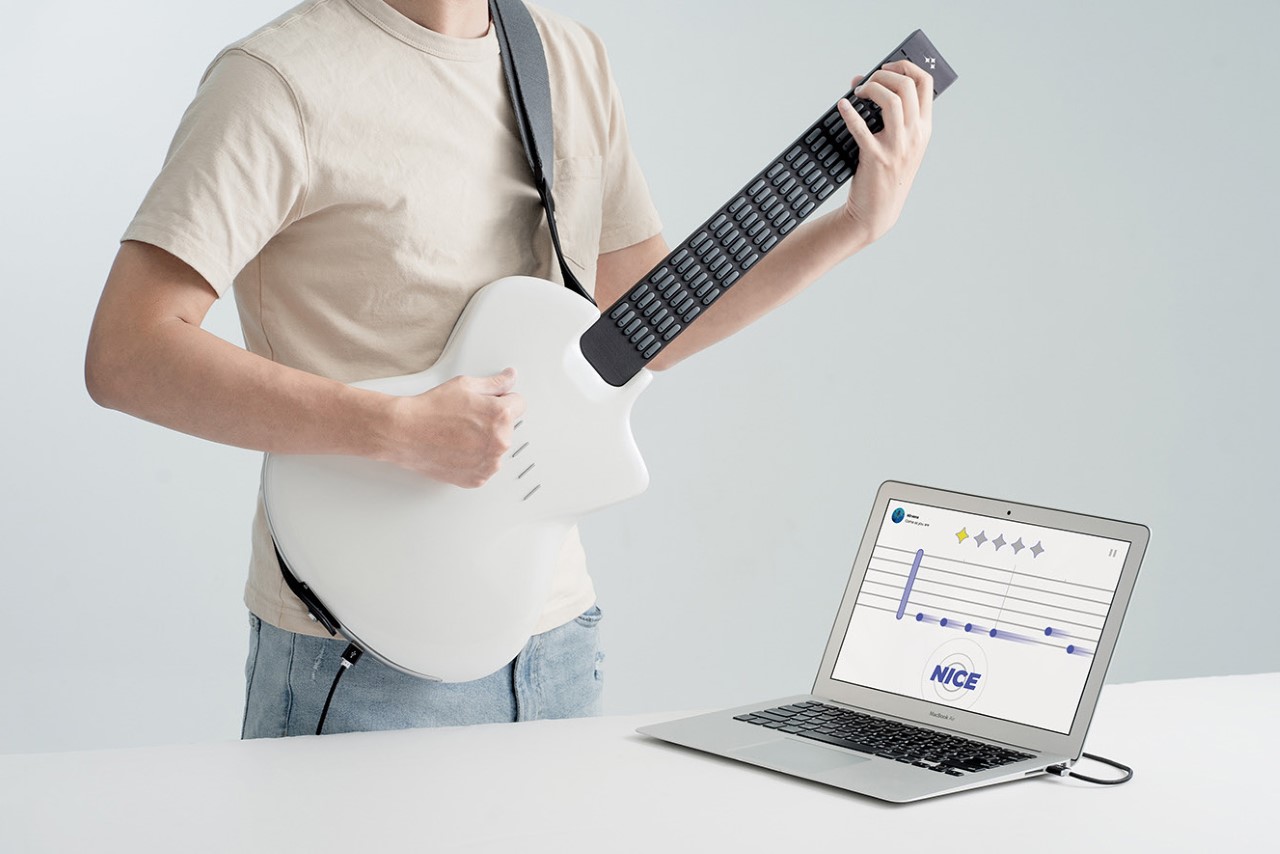 Although it has the potential to be a capable professional instrument, designer Marcus Hsieh envisioned the Lumin to be more of a gateway device, helping teach people how to play the guitar. LUMIN connects to an external gadget like a laptop which runs software with training modules similar to Guitar Hero… except these modules actually teach you how to play the guitar, guiding you through notes, progressions, chords, etc. LED lights built into the individual buttons on the fretboard act as additional visual cues, helping you learn finger placement and chord formations. The lights also change color to let you know if you’ve pressed the buttons correctly, serving as key visual feedback. 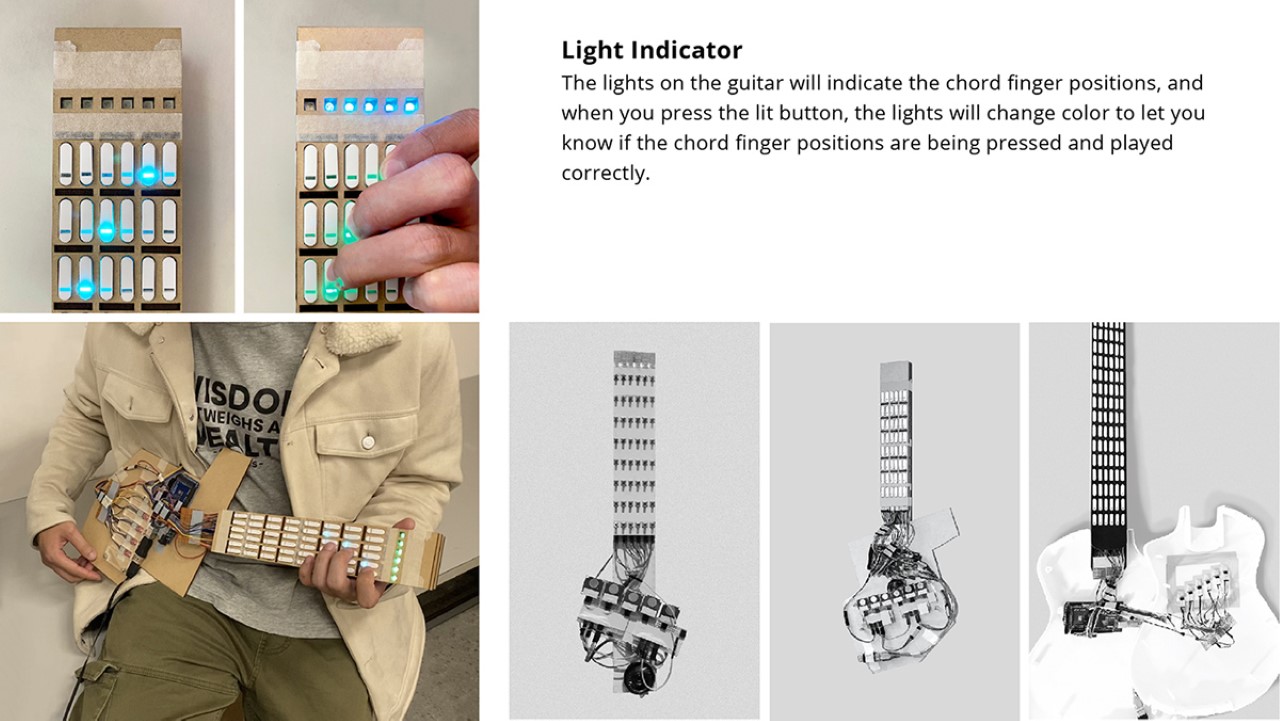 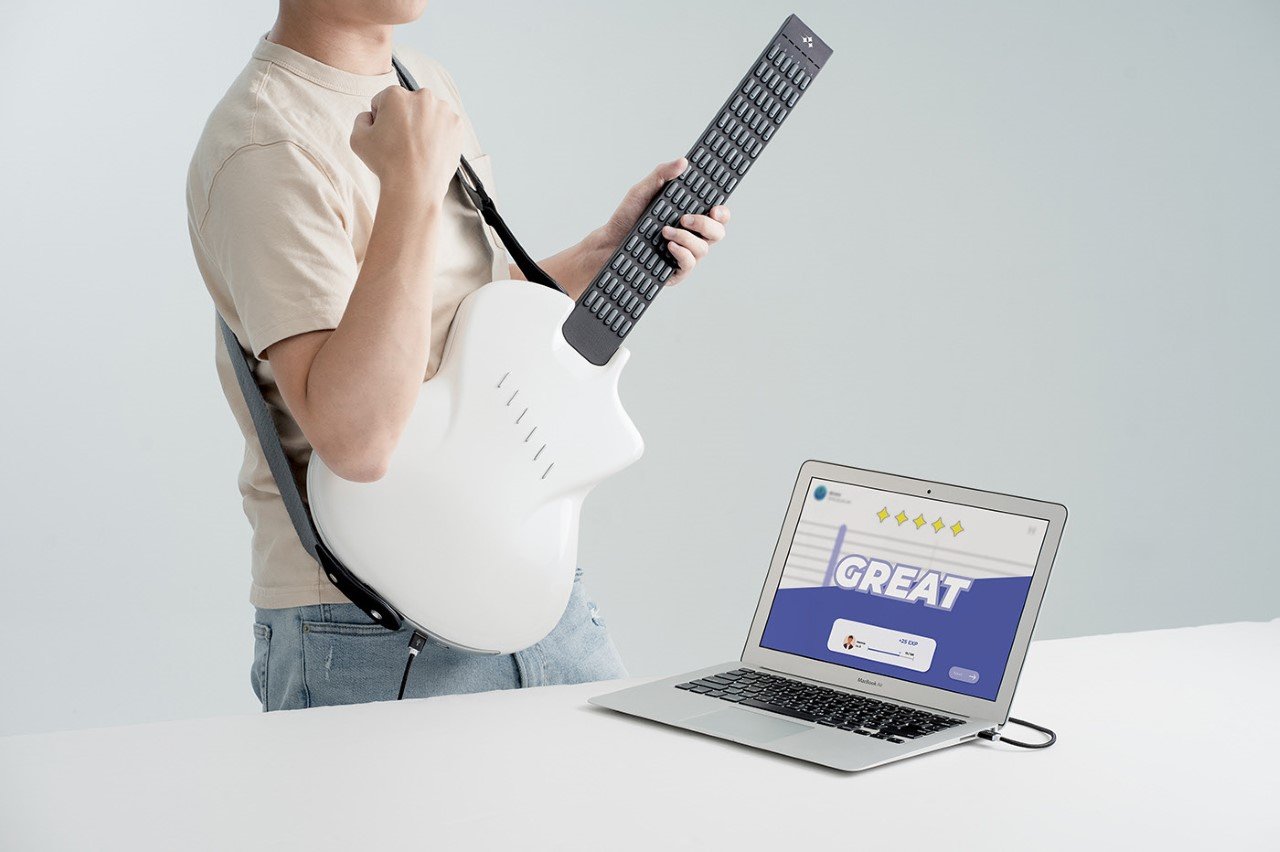 “The positive cycle made of learning, practice and positive feedback allows users to improve their skills more and more”, says Marcus. “This is how video games, in general, encourage players to improve their gaming skills, and learning musical instruments should do the same.”

He isn’t wrong though. Video games provide a strong feedback response through a platform that’s much more engaging than real life. Channel it the right way and you can actually train the brain to pick up real skills like coordination, timing, and having good reflexes. The only thing missing in this equation? An actual ear for music! 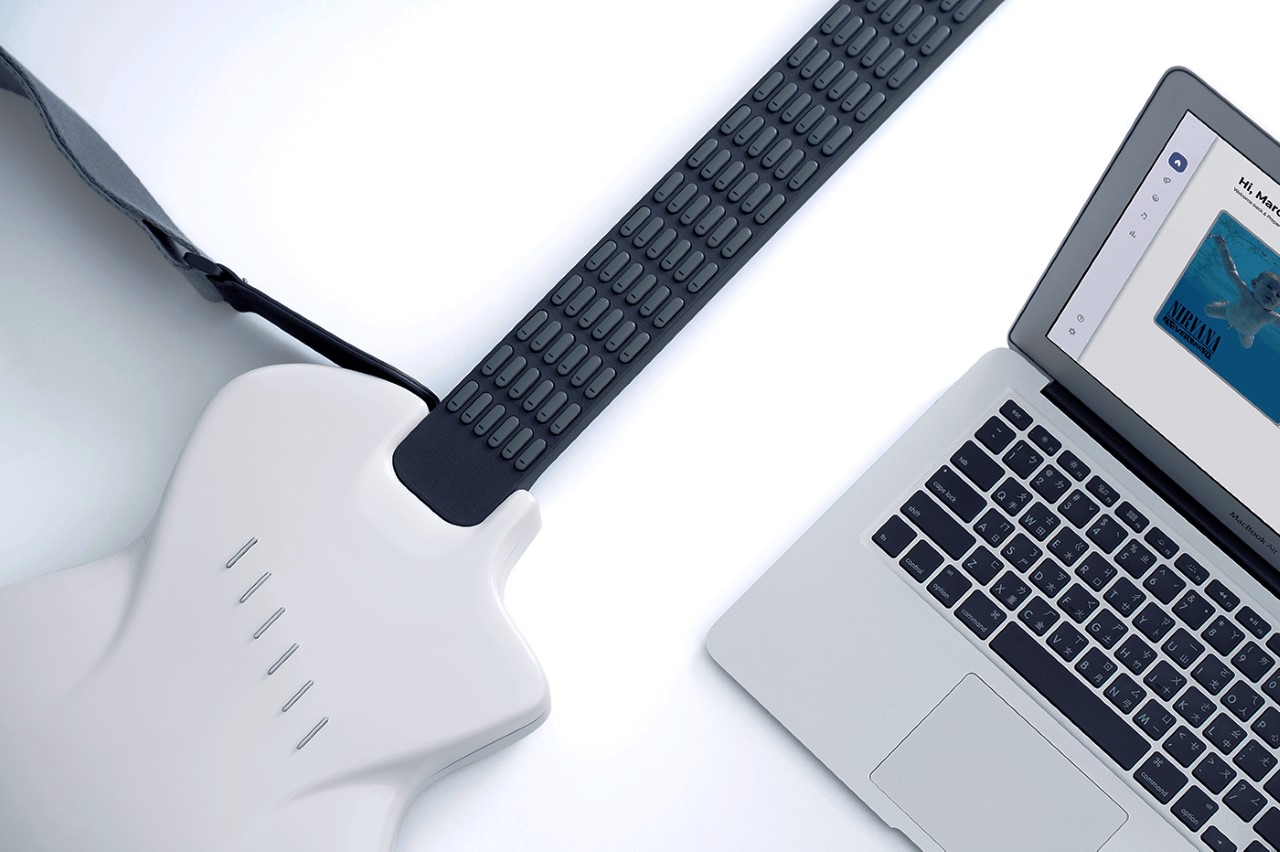 When you’re hanging your clothes out to dry, why not harness some of the sun’s energy while you’re at it? This clever alternative to the…

Ben Alun-Jones’ latest work is an attempt at the impossible: invisibility. ‘There is something of an ideology in chair design,’ he explains, ‘that really what…