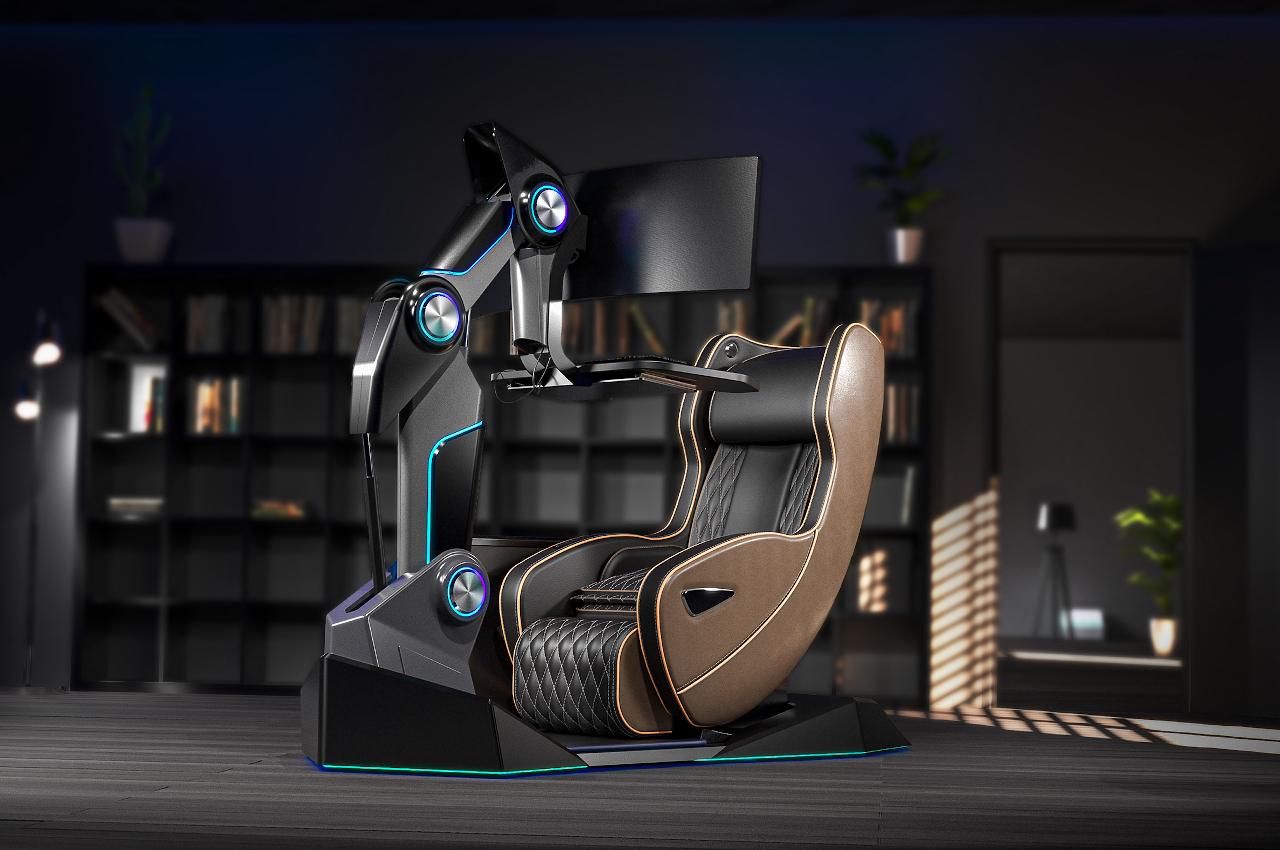 We’ve recently seen a rise in gaming chairs that would make your gaming desktop rig cry. To call them a chair might be an understatement, especially since they look more like elaborate, extravagant, and over-the-top lounges outfitted with everything you need to play games and not get up except for bodily necessities. While those chairs almost always advertise gaming comfort, they honestly look more like hard and cold traps designed to keep you from getting up and finishing your games. In contrast, you might never want to get up from this gaming chair concept, but only because it might be too comfortable and too soothing to leave. And to arrive at that kind of experience, the designers took inspiration from the most unlikely source, a supercar like a Lamborghini. 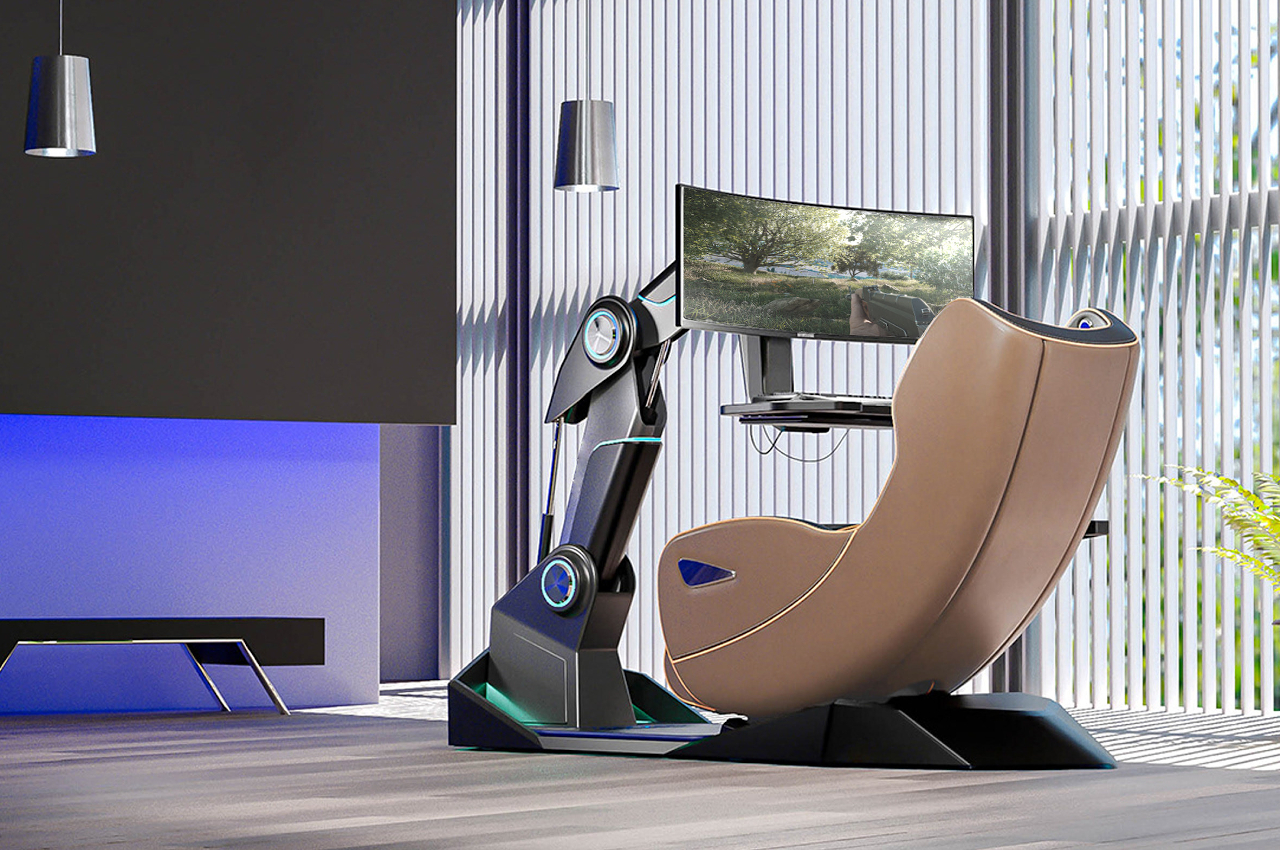 Gaming and cars don’t really have much in common unless you consider the concept of speed that’s associated with both machines. That’s not to say they can’t learn from each other, and cars today are getting more technologically sophisticated, running on powerful computers that might also be found in PCs. The Moiin Robodesk Gaming Chair concept takes the sharing in the other direction, with car aesthetics informing how a gaming chair could harmoniously blend contrasting elements of warmth and cold, comfort and performance. 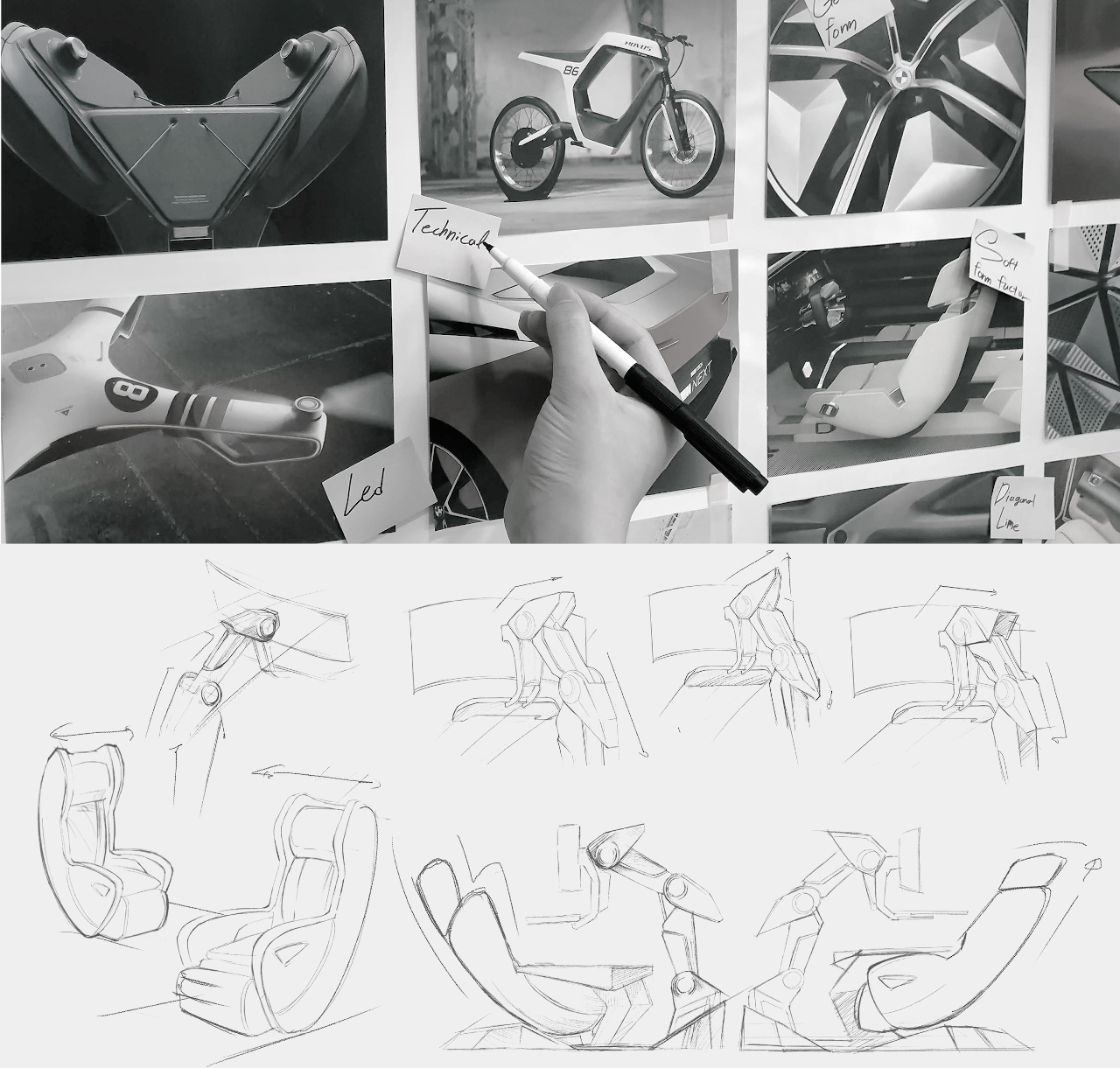 The chair part of the Moiin, for example, has the same leather materials that Lamborghini would use on the seats of its supercars. While existing gaming chairs do have cushions and soft materials to offer comfort to the gamer, this goes over and beyond the call of duty. And if that weren’t enough, the chair is actually a massage chair that could help soothe those aching backs and shoulders from hours of gaming on end. Not that you should be playing games for hours on end in the first place. 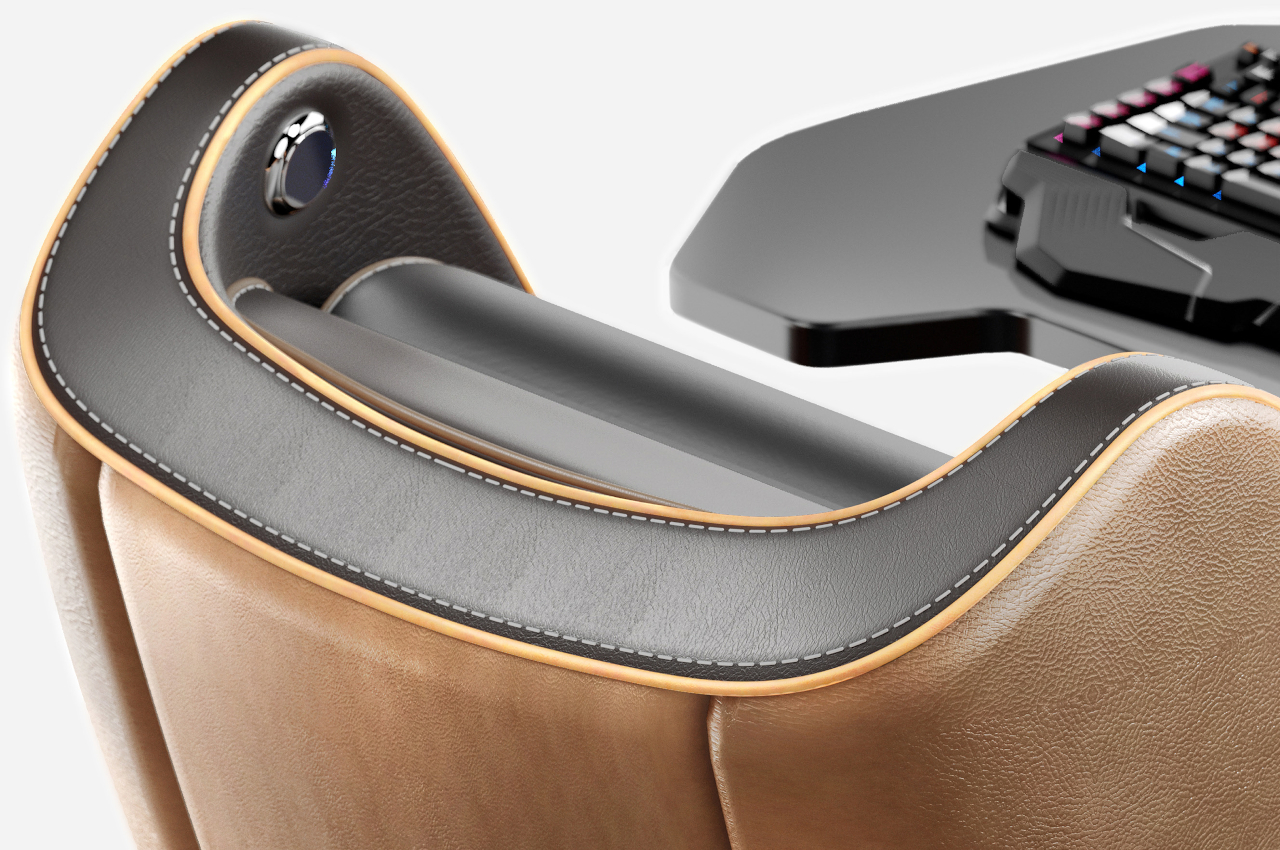 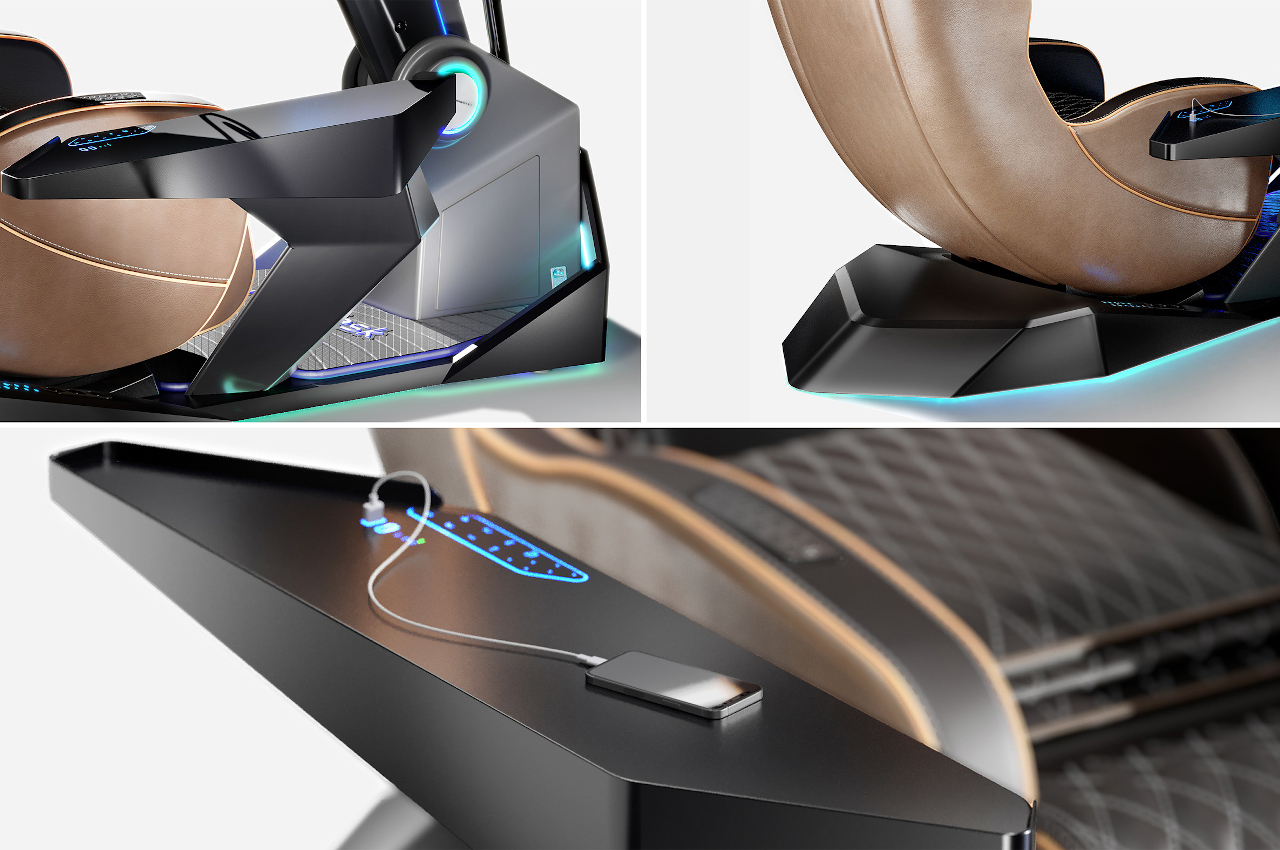 The gaming part isn’t going to be left behind and will easily remind people of the sleek and shiny surfaces of high-end sports cars. LED lights around some edges give it that gamer aesthetic that makes it look equally futuristic, but the polished appearance of the “colder” parts of the setup actually complements the warmer personality of the leather-wrapped chair quite nicely. It’s a harmony of opposites that you’d find so executed so perfectly in sportscars and supercars. 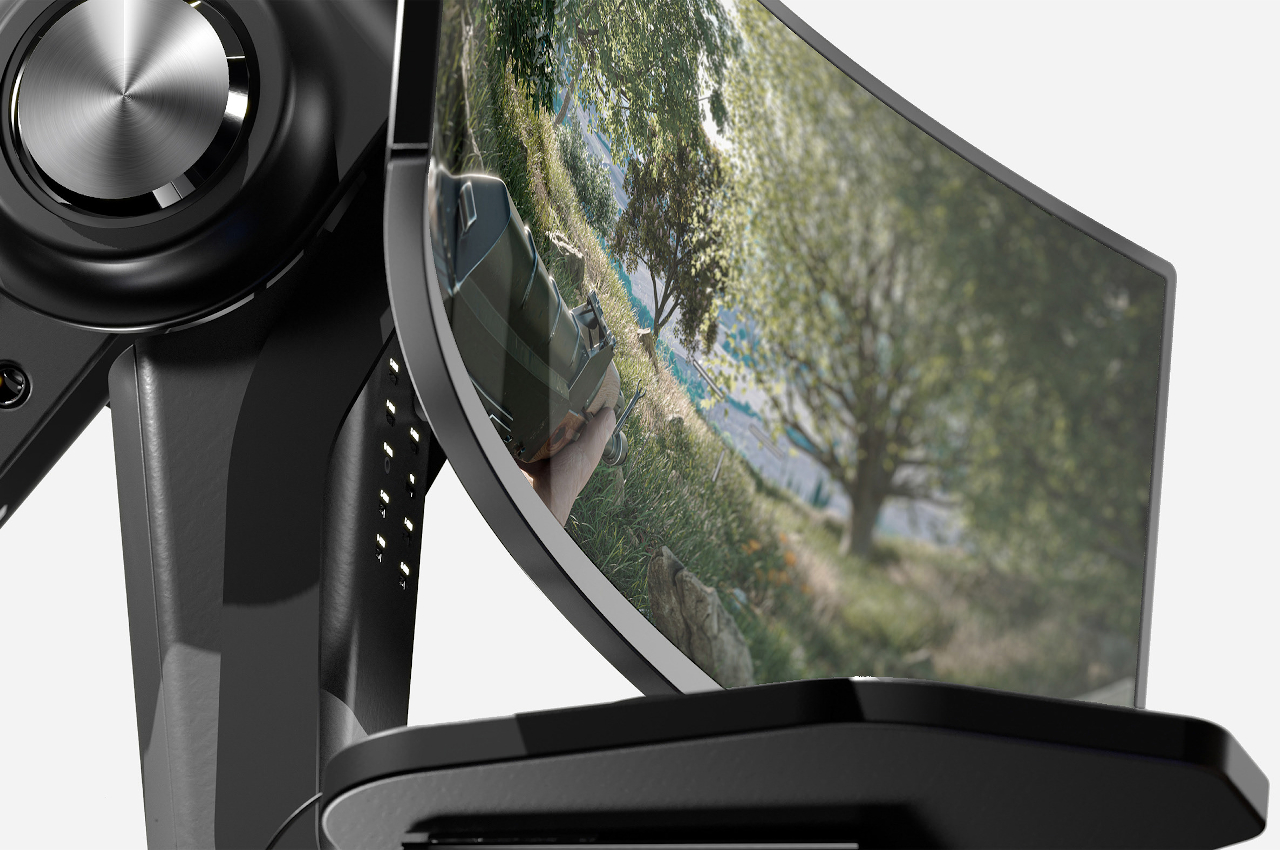 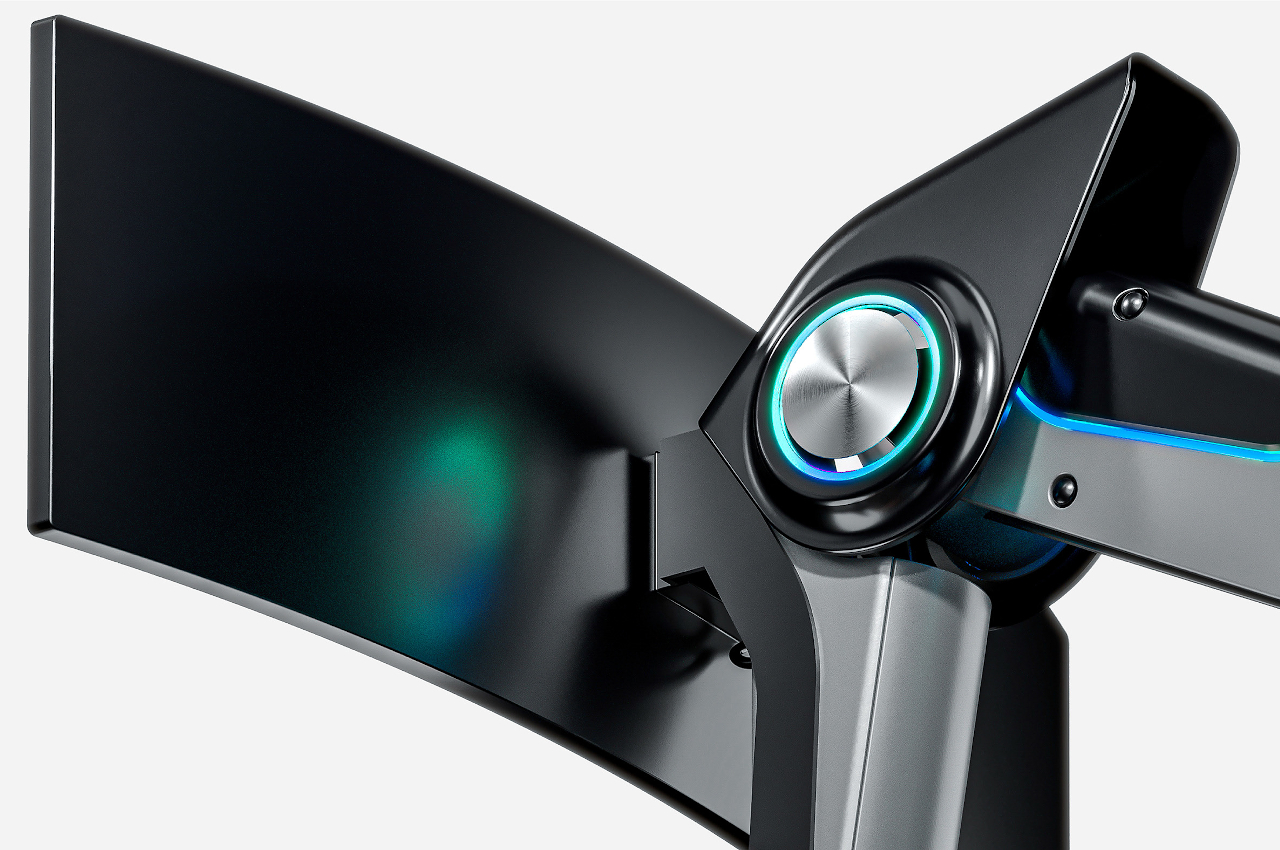 That isn’t the end of the wonders of this gaming machine, though. If that monitor and keyboard stand looks more like a robot arm to you, you aren’t that far off. Rather than burden gamers with having to manually adjust the chair to their comfort, the robotic arm does all the work for them, leaning in and back as needed. It’s the ultimate reclining chair comfort made just as smart and as sophisticated as the gaming machine that it’s running. 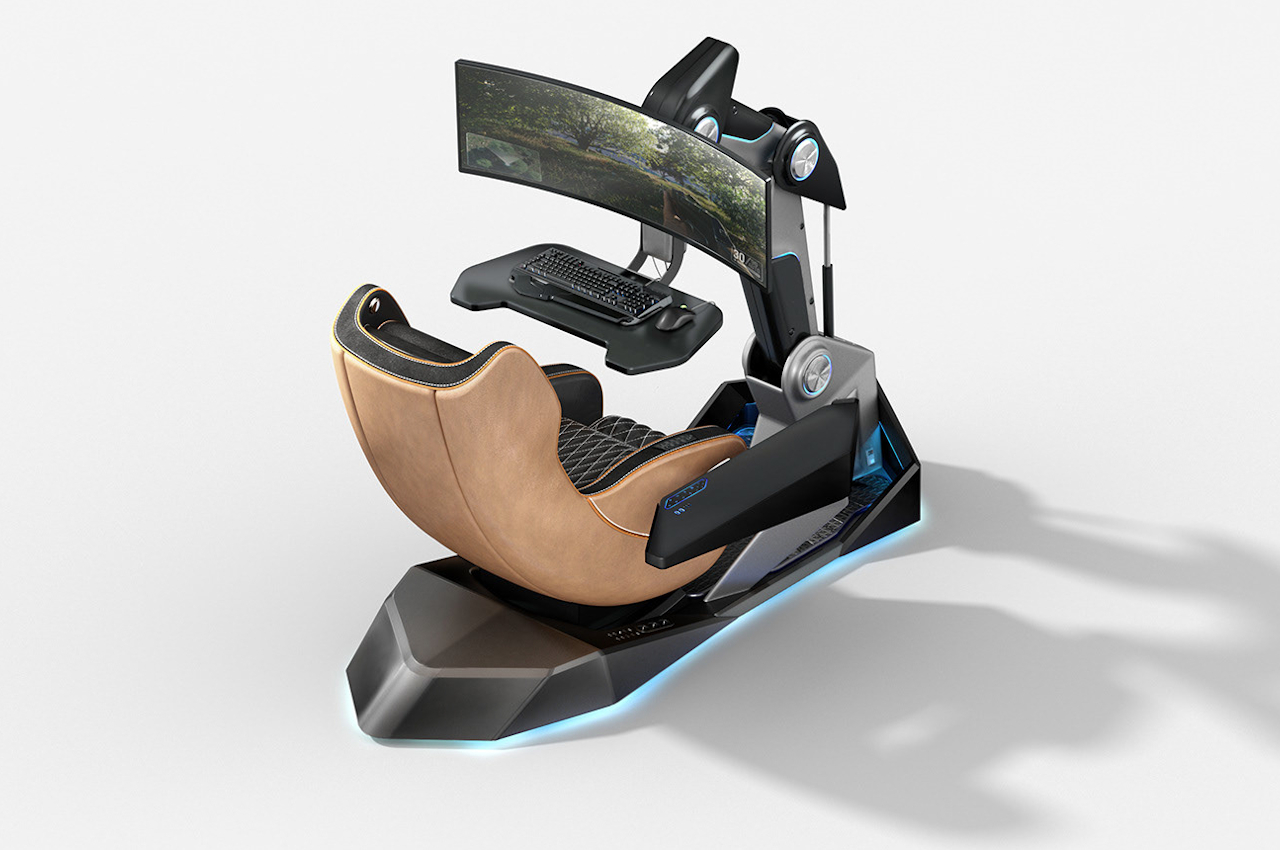 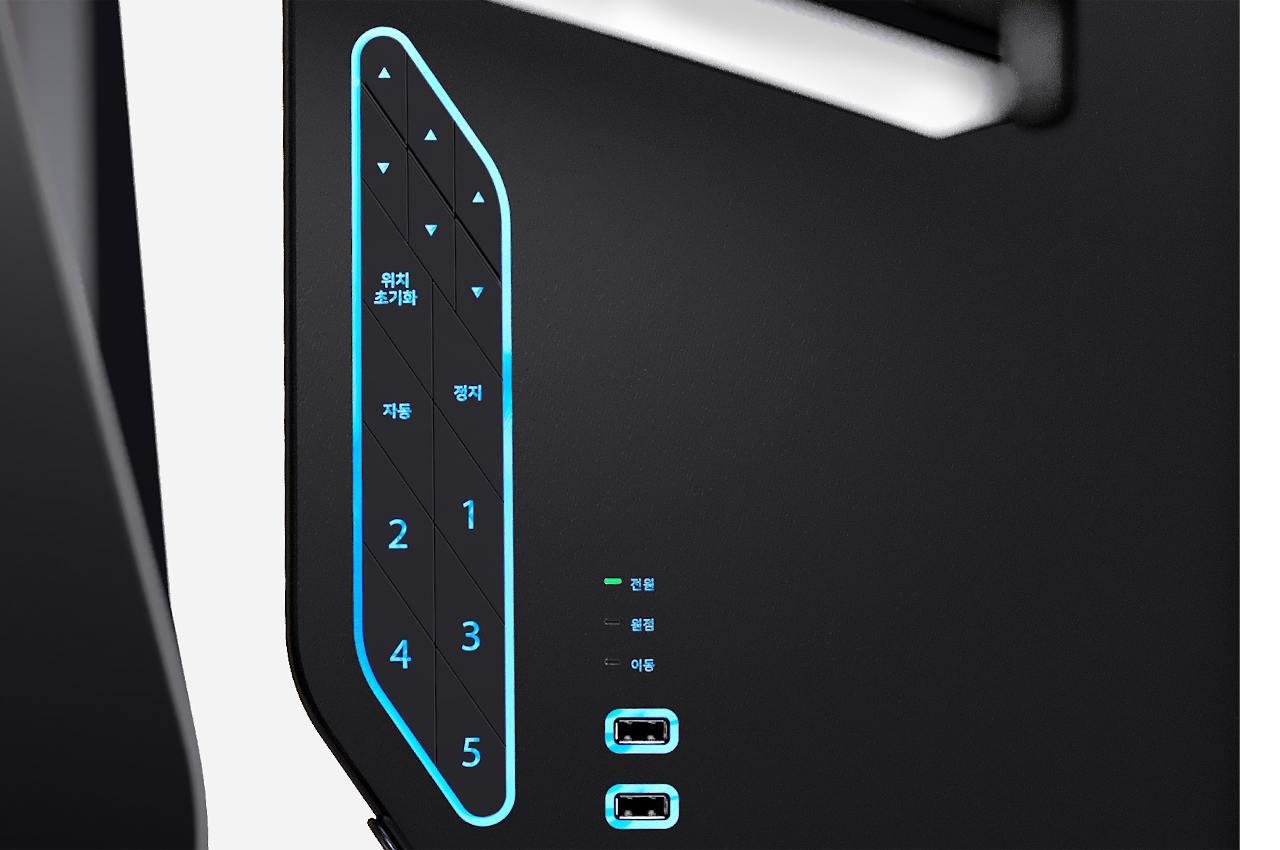 Of course, there might be some concerns about whether making gaming too comfortable could lead to an even more sedentary lifestyle. At the same time, gamers might have the worst postures of all computer users, and having a desk and chair combo that not only encourages ergonomics but also adds comfort could at least help give their bodies a bit of a break. Admittedly, Moiin’s aesthetics might not appeal to all gamers, but those that love supercars and the Lamborghini design style might have found heaven in this concept. 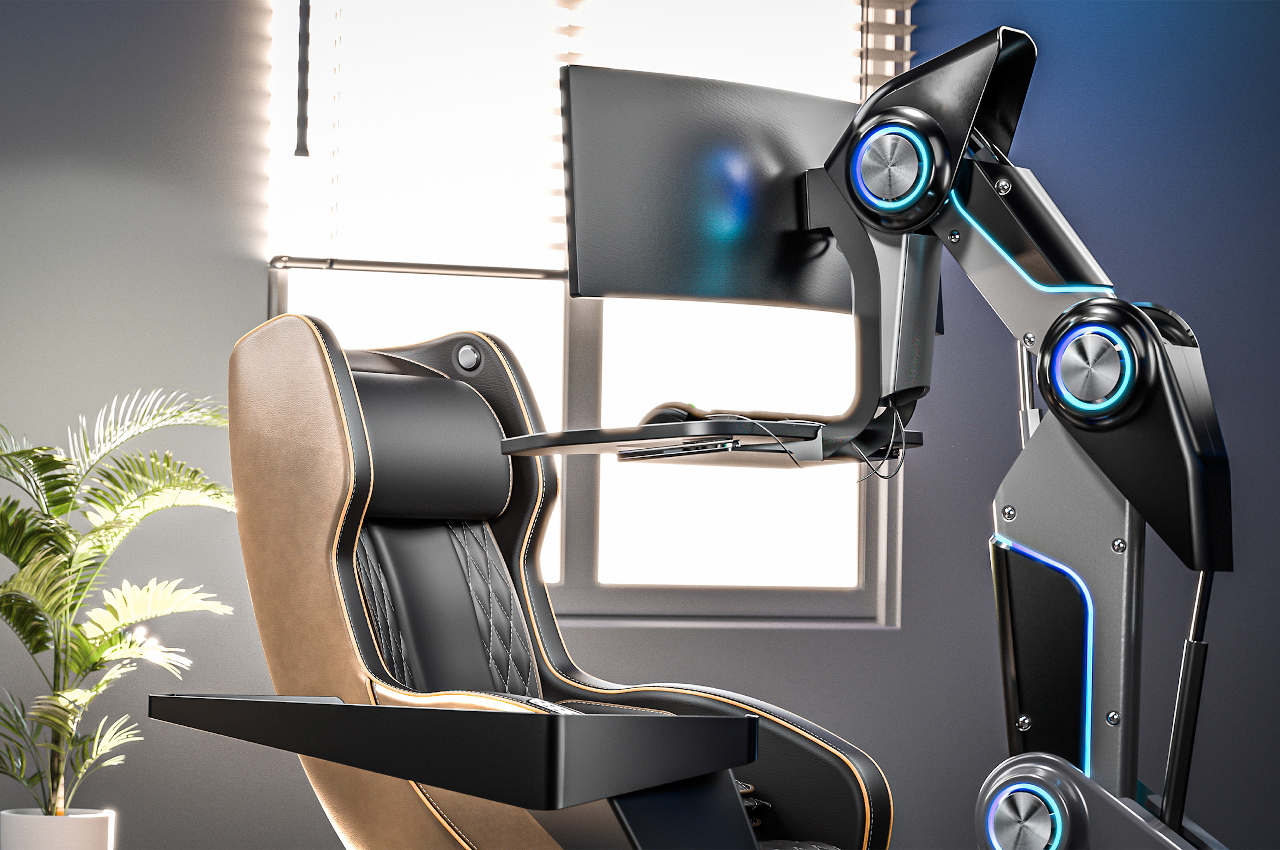 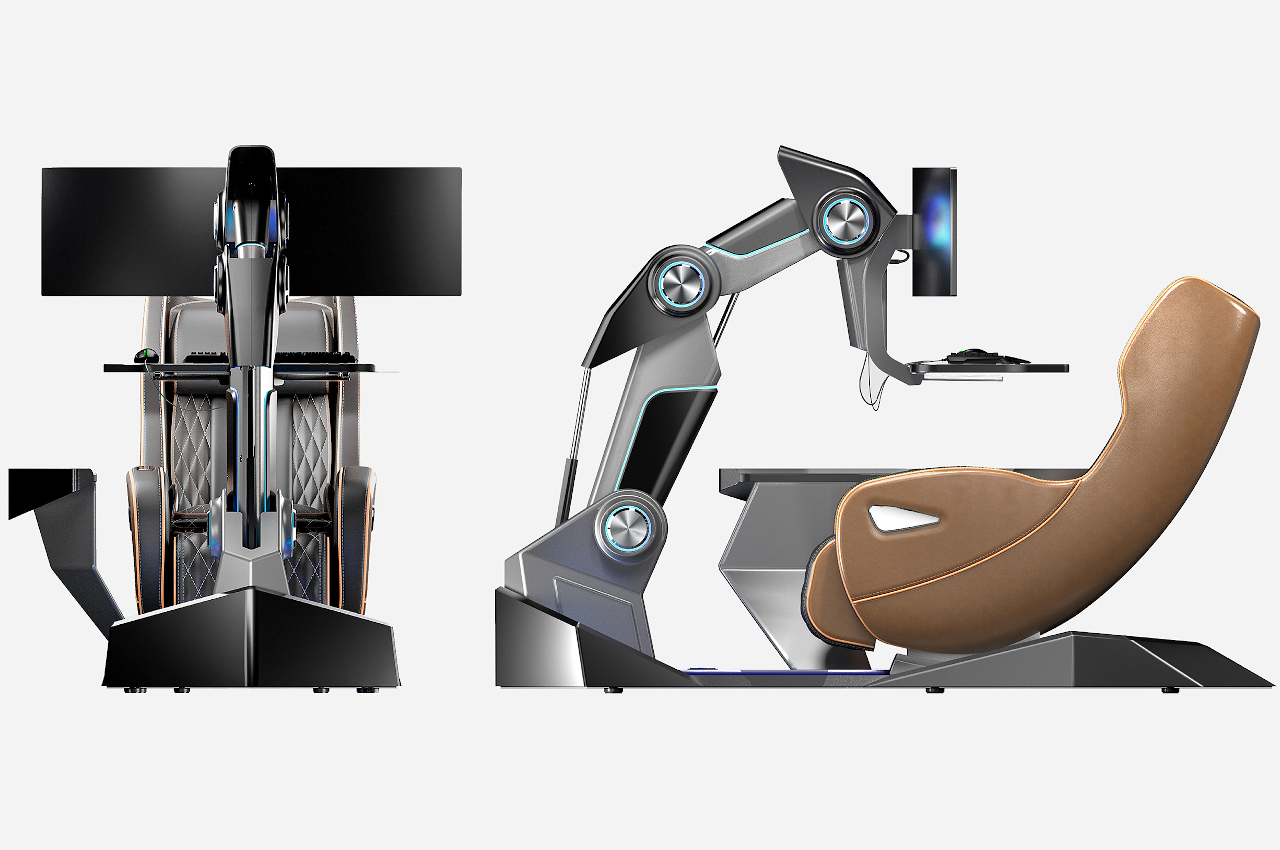 Transformer Shelves Are More Than Meet The Eye

I’ve never needed a whole lot of room for my socks, but this set of drawers from designer Martin Sämmer would definitely fill the ticket….

One tooth pick is nothing but hundreds of thousands combined and it becomes a marvelous piece of art. That’s because of a special characteristic we…

Nooka Dropping Hits Around the World

Wrath on all imitators! Behold a real Nooka wristwatch. Here we’ve got 100% real, accept no substitutes, brand name you can trust, love and devotion…

This SpaceX-themed limited edition timepiece is a ‘Musk’ have for your watch collection!

After months of quarantine, all I need is space – space at home, open space, and I would also be okay with the NASA kind…