You’ll never have to stick anything on the back of your phone because this single magical wallet has everything you need and then some.

Despite all the hard work that manufacturers put into making the back of their phones look exquisite, owners still end up sticking things on the back of their devices. No, we’re not talking about skins or cases that at least add some value to the phone, whether visual or protective, but the rings, stands, and other functional accessories that sadly mar the otherwise pristine appearance of a smartphone’s rears. Some even stick a thin wallet there for cards, which brings a whole different set of problems. The worst part is that you have to choose between these different accessories because none are able to deliver all their desired functions. That is until the Magcardgrip arrived on the scene as the one phone accessory to rule them all. 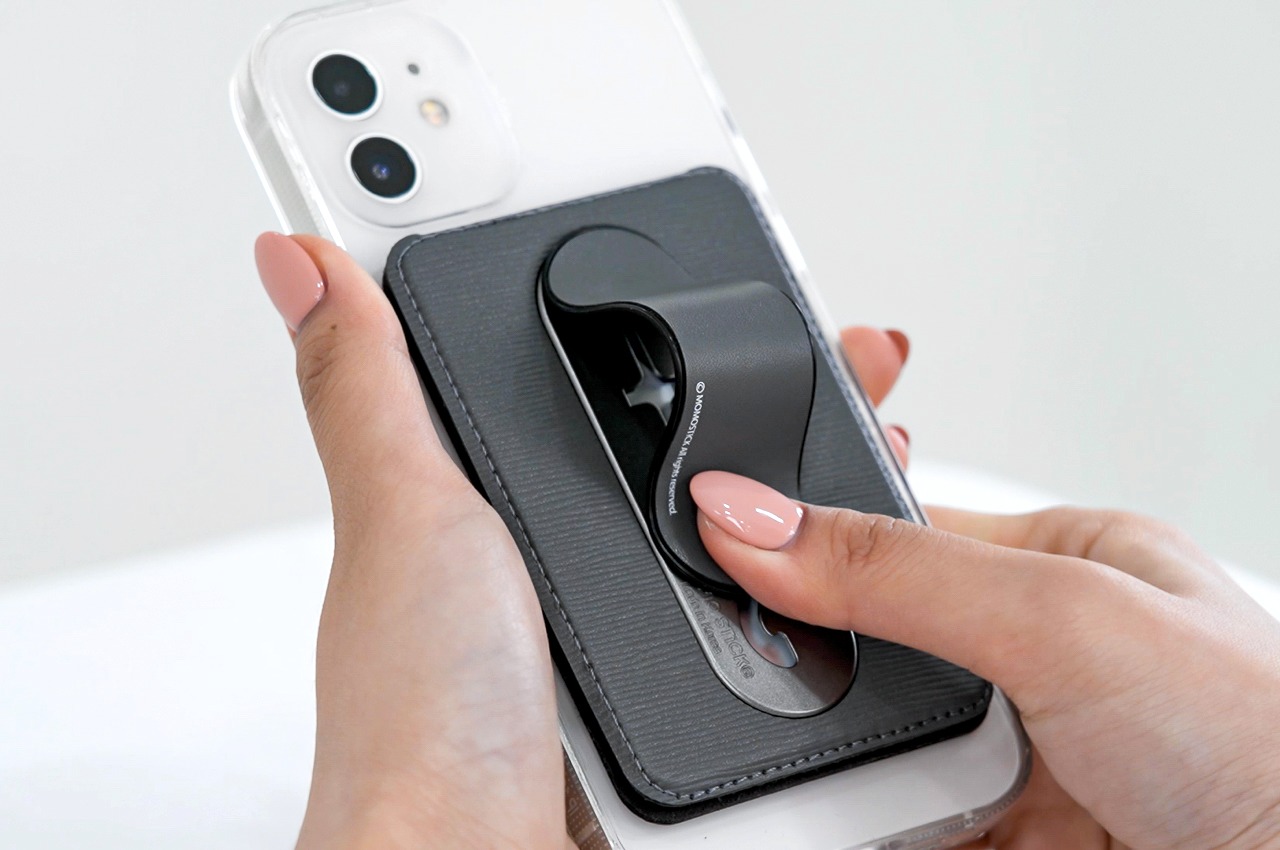 The “Mag” in Magcardgrip doesn’t stand for “magic,” but it could very well have been. It instead refers to Apple’s revived MagSafe technology on the iPhone, using magnets to easily attach and detach not just wireless chargers but also thin card wallets. The problem with these wallets, including Apple’s first-party flavor, is that you have to remove them in order to use the iPhone’s wireless charging capability. Plus, they also tend to slip or peel off when you’re pulling the phone out of your pocket.

In contrast, Magcardgrip uses tried and tested non-destructive adhesive to stick to the back of the phone, which creates a more stable hold. That is important considering the accessory also functions as a stand and a grip that lets you swing around your phone without worry.

Unlike typical MagSafe wallets, you can use wireless charging without having to remove the wallet, thanks to its bi-fold design. Simply flip the wallet open and connect the phone to the wireless charger or dock of your choice, including MagSafe chargers, of course. The wallet can be opened at a 90-degree angle that will let you prop up the phone in landscape orientation.

The Magcardgrip has yet another trick, one that it inherits from the same people who created the pioneering pop-out grip, the Momostick. The flexible yet strong grip sits flush against the wallet and lets you easily slide and lock it into place to form a hook-shaped opening for your finger. Alternatively, it can also be used as a stand for whatever orientation you prefer. No matter how many times you bend it, the grip will still be able to retain its flat shape when you don’t need it.

The wallet itself is made from high-quality materials, like PU leather on the outer flap that holds the cards, microfiber on the inner flap to protect your cards, and real leather for the grip to give it a luxurious finish. The wallet has room for two cards that can easily be used with tap-to-pay systems. Just flip the flap open, and that’s it! Even when folded, the wallet is so slim that it’s barely thicker than a phone’s camera bump. You’ll barely notice it’s there when lying flat on a desk, and you’ll appreciate the added grip it offers when in your hand. 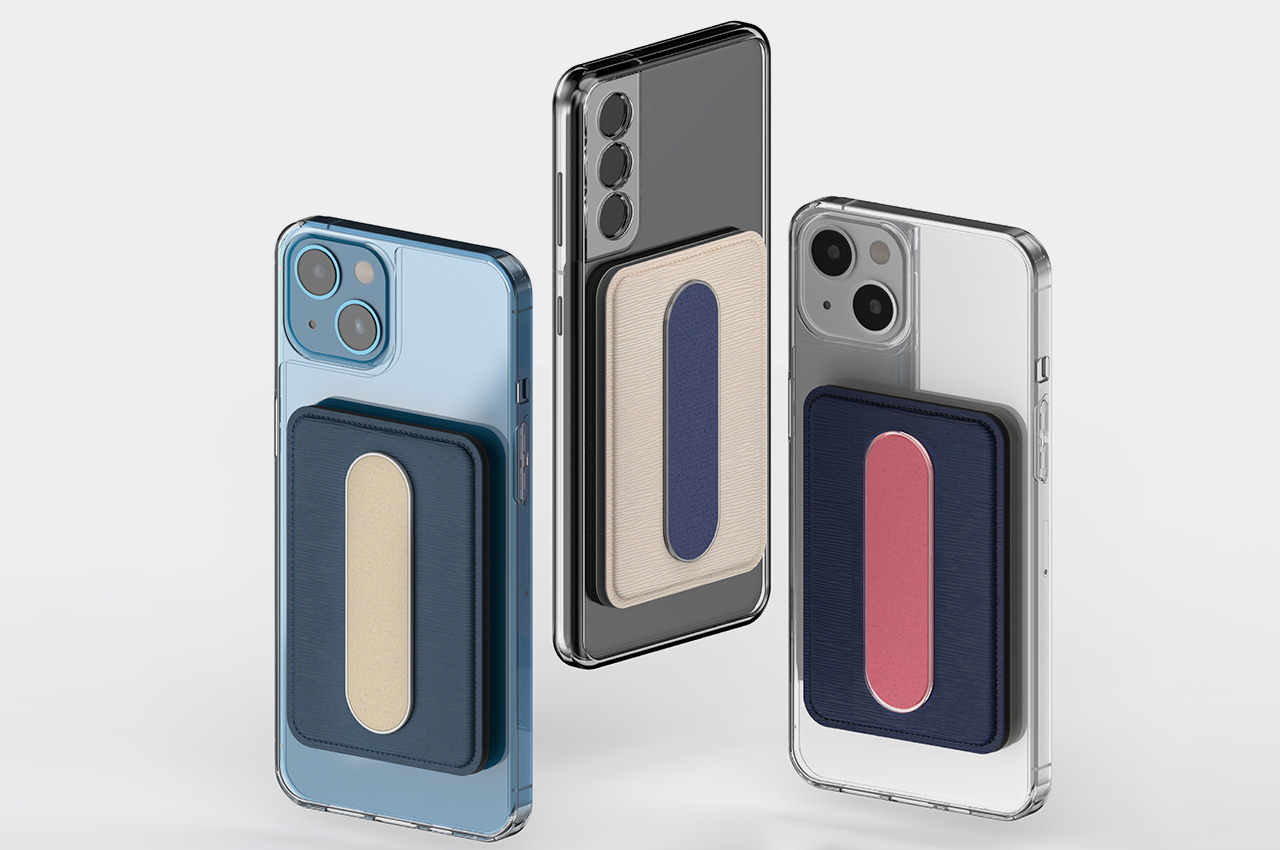 The best part is that, despite the name, the Magcardgrip isn’t just exclusively for iPhones. It can work with any phone that uses the Qi wireless charging standard and has enough space on its back for a 95 x 65 mm rectangle. At only $19 a pop and with different designs to choose from, the Magcardgrip could very well be the only accessory you’ll ever need to stick on the back of your phone.

When furniture is fused with high tech kit the results are often about as comfortable and stylish as sandpaper g-string. But the new Speaker Chair…

This multi-tool leaves nothing to chance

LEGO’s first-ever wooden homeware collection is the fun + functional element you need in your living space!

I love LEGO! There’s something so fun, cheerful, and quirky about LEGO. I wouldn’t mind living in a LEGO home if I could. Though that…

Clearly taking inspiration from the streamlined aerodynamic body of an airplane, the HM9 Flow by MB&F is a sheer pleasure to look at, with its…