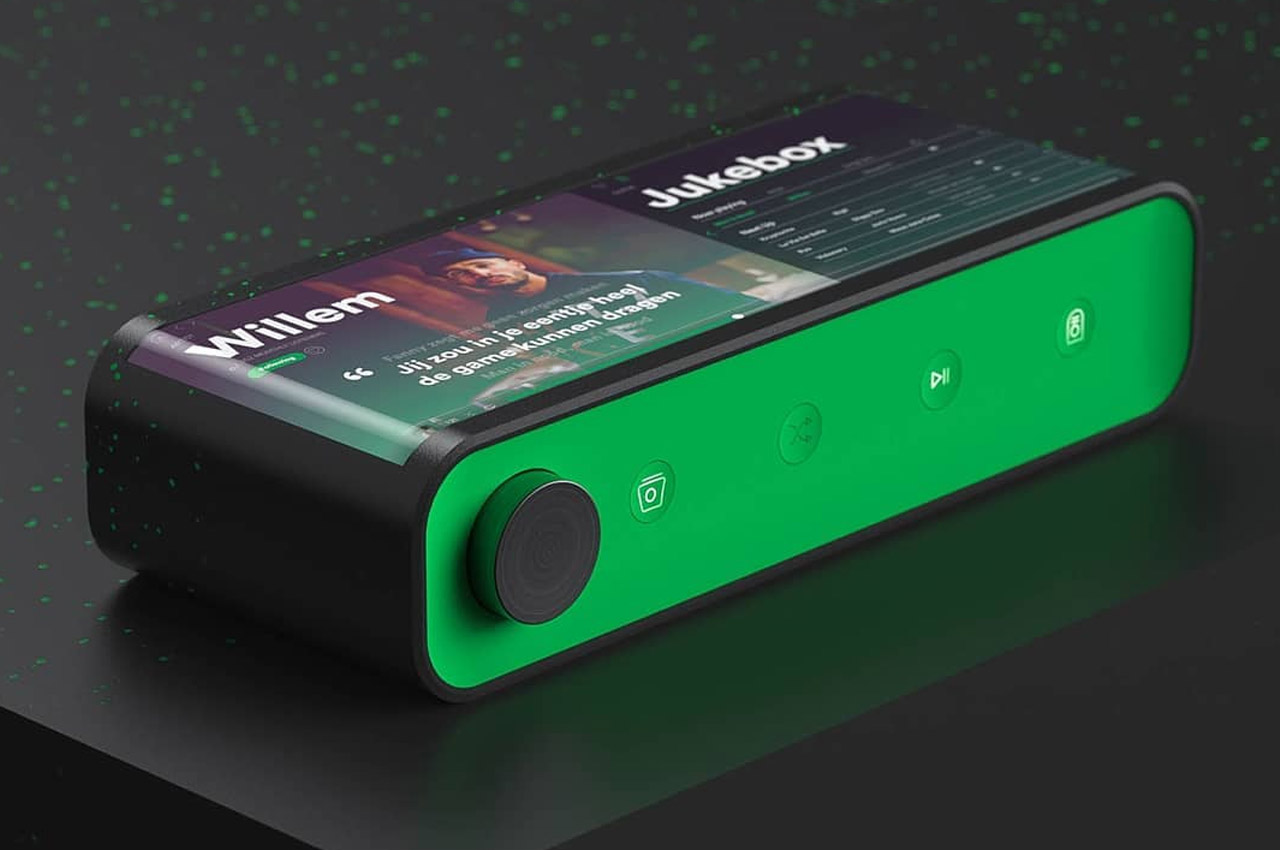 Spotify has a user base of more than 406 million active users with 180 million subscribers in 184 markets. There’s a reason for the popularity of the music streaming service that other platforms have not achieved yet. The on-point algorithm for suggested music and playlists, user interface and most of all the Spotify Connect feature. The ability to play music and switch from one device to the other seamlessly (without a convoluted Bluetooth connection) is one thing I personally love about Spotify thanks to the Connect function.

While Spotify rules the roost in the audio streaming service market, there’s a compelling reason for the Stockholm-based giant to foray into its own tangible product. A jukebox or a compact audio player is a custom fit for the Spotify interface. Match that with the sublime audio quality – preferably with spatial audio software – and there’s going to be a further increase in the subscriber base in the coming years. 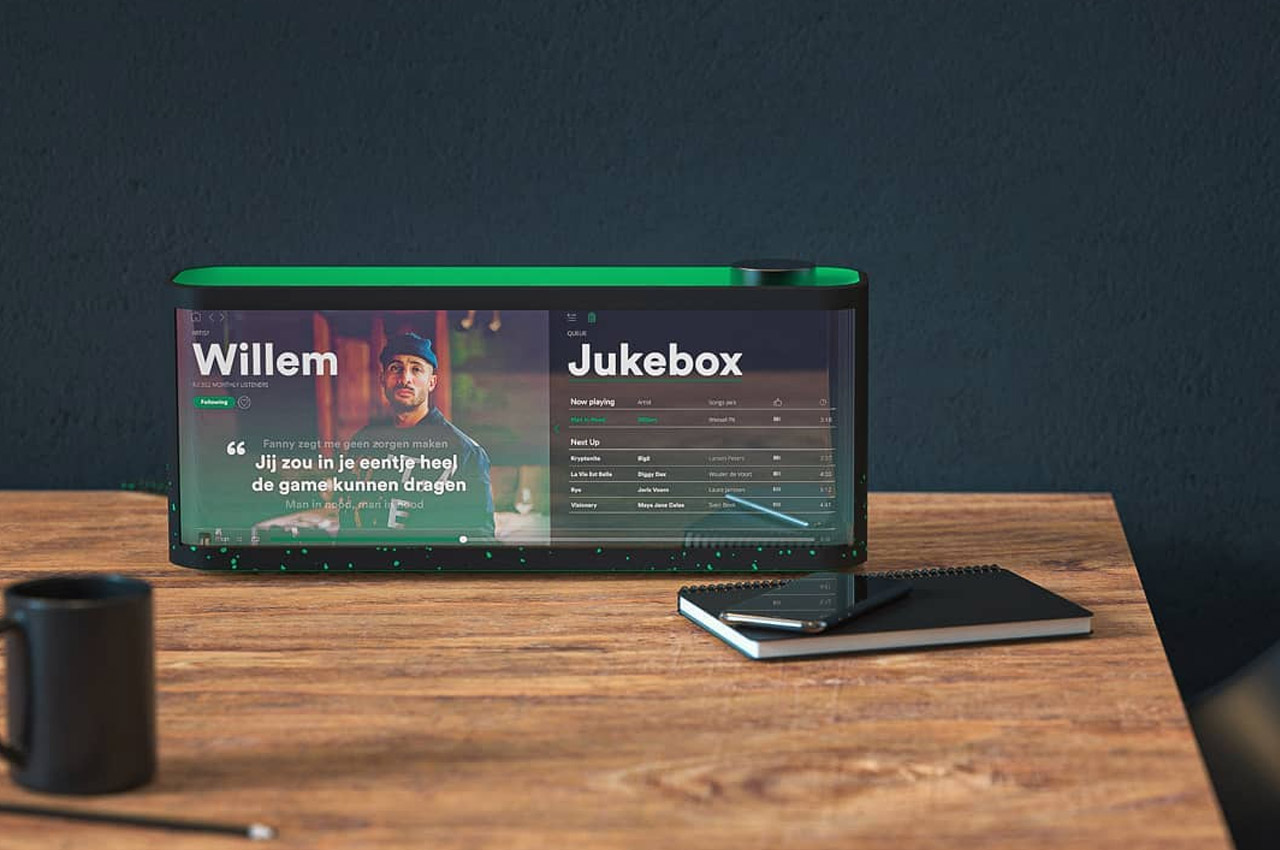 This cool jukebox concept dubbed the Spotify Jukebox (or as I like to call it – the Juketify) carries the familiar theme of the audio streaming service’s branding. The light green and black color to be precise. To pep-up things, there is optional light green and off-white color theme as well. The gadget has a modern infusion of the curved display element and the classic radio vibe in the form of the knobs and buttons on top. 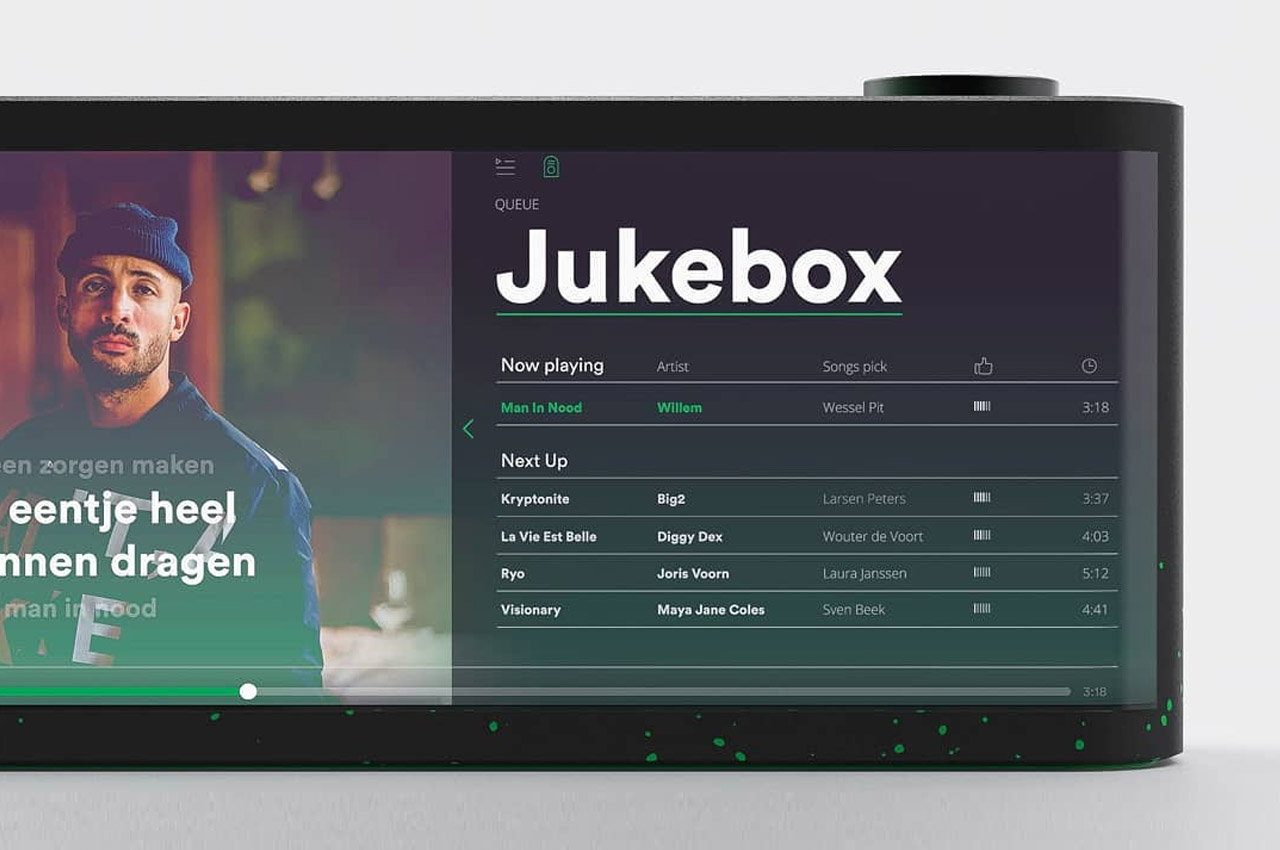 The user interface on the Spotify Jukebox is focused on the artist’s album art and the playlist songs. The lyrics appear on the major portion of the screen, so you can sing the song along to satiate your karaoke cravings every now and then. The play/pause, shuffle and battery level indicators allow the user to quickly toggle the options or glance over at the estimated playback time. 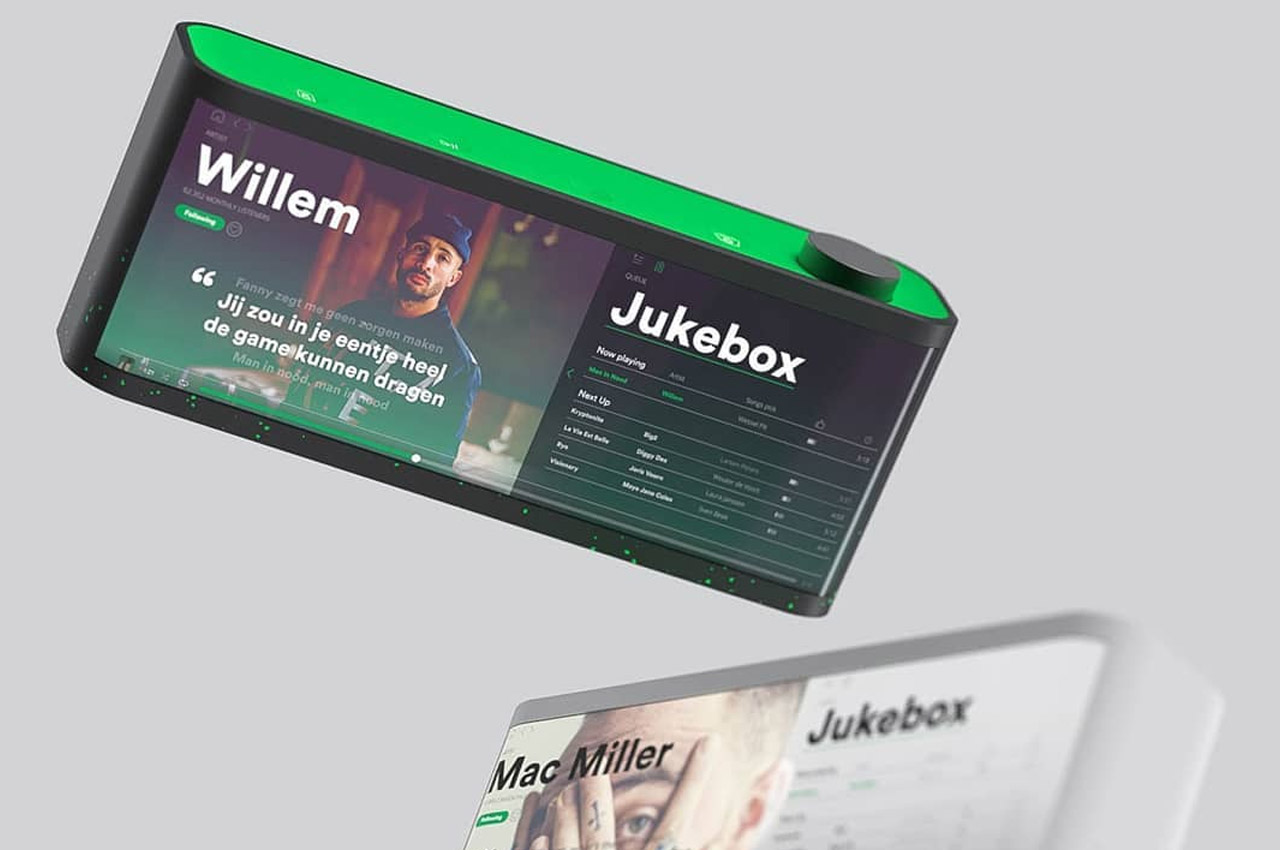 The large screen and the round volume button are the irresistible bits of this concept gadget. And yes, of course, it comes with the Connect feature to play from any connected device in a jiffy without any fuzz. I would definitely want to keep it on my work desk, and get that satisfying feeling of working as it plays Lo-Fi playlists with those nostalgic album arts putting me in the zone! 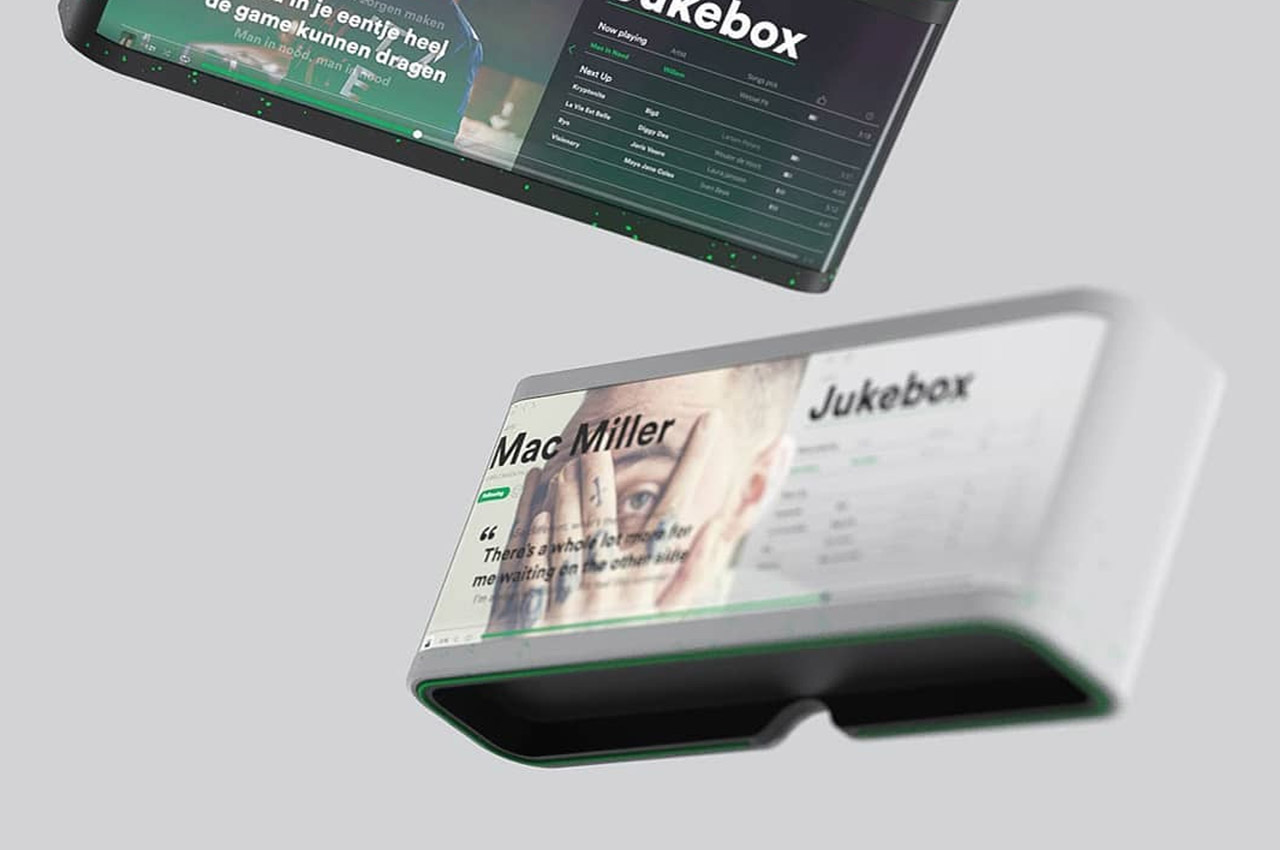 This interactive lotus-shaped art installation moves in response to light!

Art installations like the Lotus Oculus have all the elements that make it a piece you can stare at for hours – it is intriguing,…

Pinch of Salt by Craighton Berman

Kosher salt– an additive-free salt with a flaky texture and a clean flavor– is typically kept in a large open vessel next to the cooktop,…

Live in a cramped apartment? Short on space but still want a fully equipped and functional kitchen? Sounds impossible until you see what the Soria…